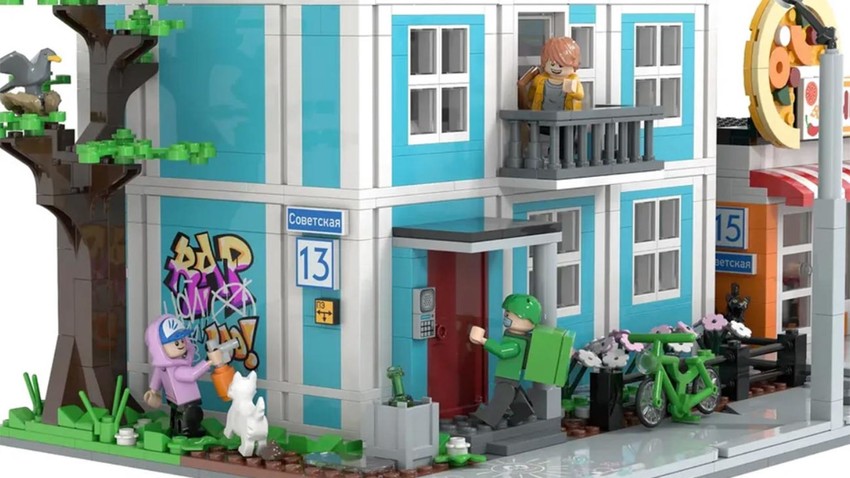 Artem Bizyaev, an artist from St. Petersburg, who previously designed the LEGO Baba Yaga set and the LEGO set based on Russian fairytale characters, has now proposed a product idea centered on a Russian multistorey apartment building (the so-called panelka), the most popular type of housing in Russia. 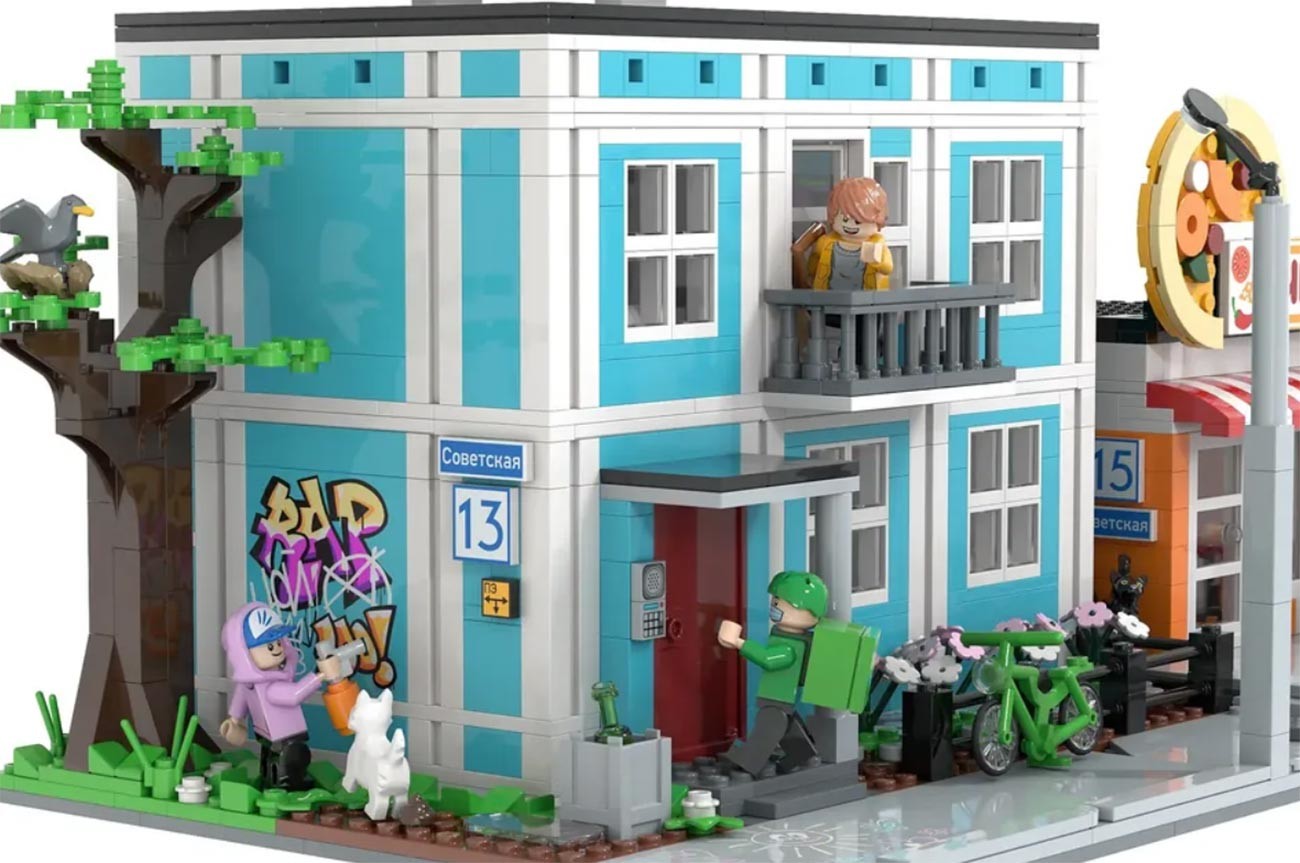 During the Soviet period, panelkas - multi-apartment blocks built of prefabricated reinforced concrete slabs - became ubiquitous throughout the country and took on the role of a sort of linchpin bonding the nation: Wherever you went, be it the Urals, Moscow or Khabarovsk, you would find identical buildings. And literally half the country still lives in panelkas! 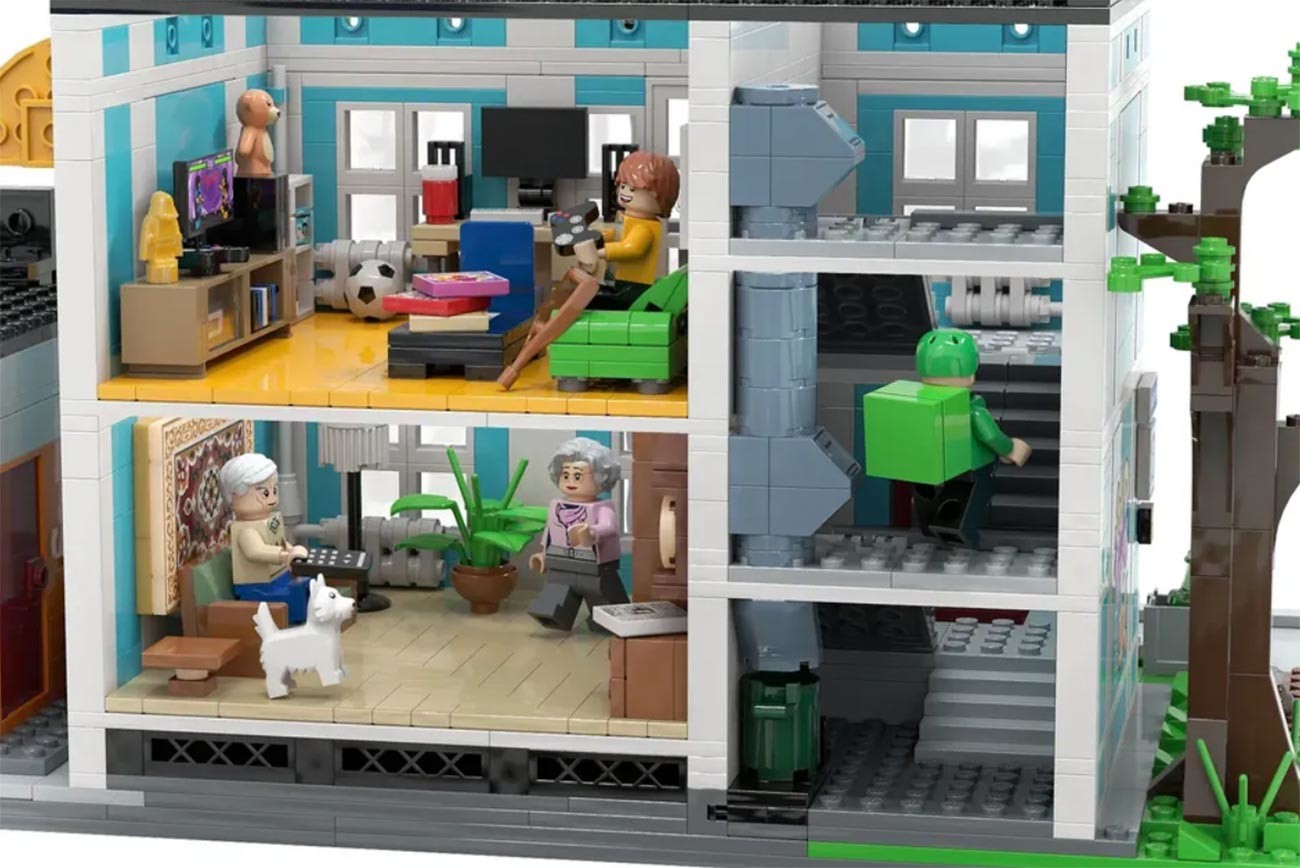 The characters featured in the set live in just such a concrete panel apartment building in Russia. It has the standard metal door with an intercom and the stereotypical stairwell with garbage disposal chute. 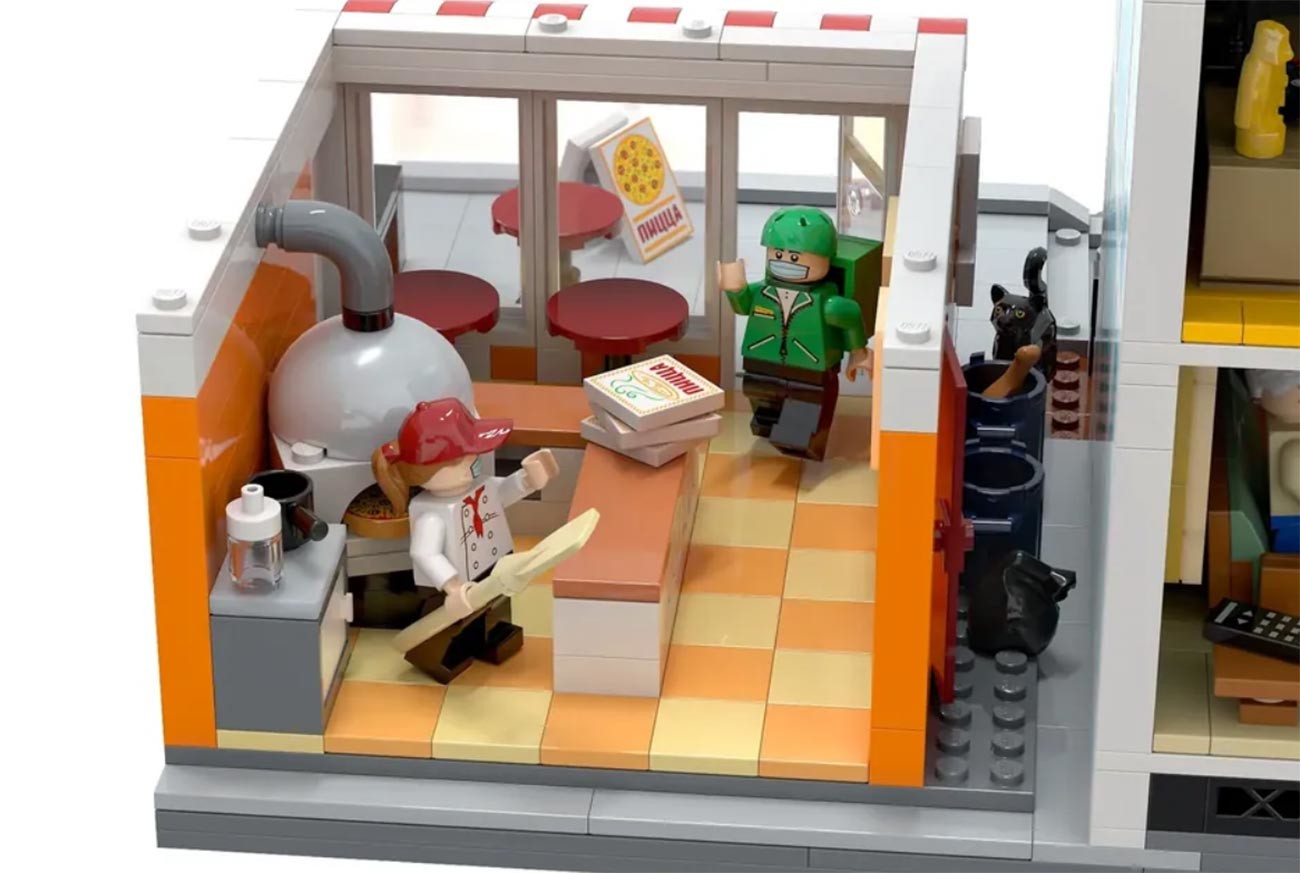 Inside, the apartments also have typical “Russian” features - for instance, cast iron radiators and a giant carpet on the wall. 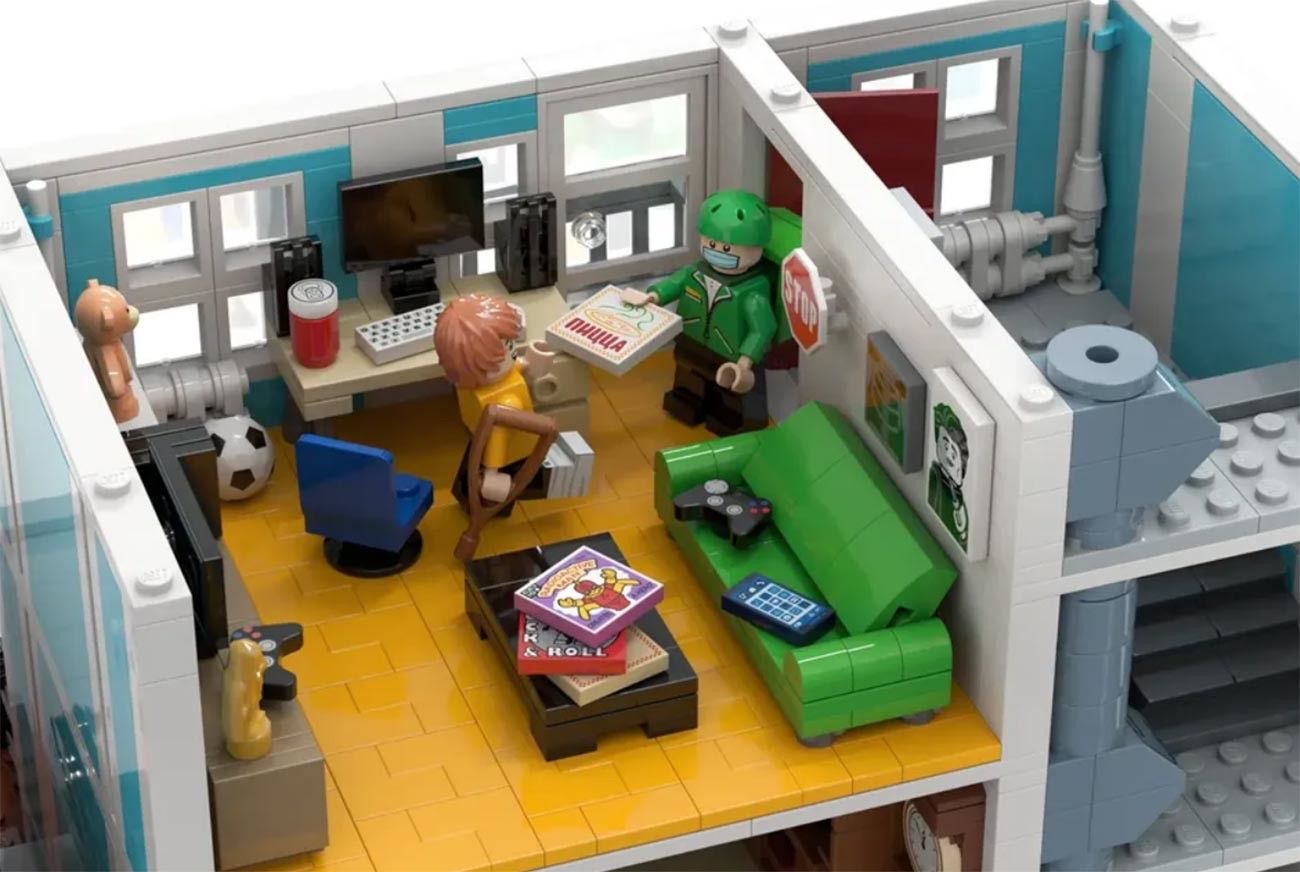 Artem Bizyaev’s design was commissioned by Delivery Club, a popular food delivery service in Russia - hence it has so many delivery workers. “Together with Artem, we’ve come up with a typical Russian concept featuring delivery workers working for different companies. But, in reality, the miniature delivery workers can be added to any set mimicking urban life,” says Delivery Club. 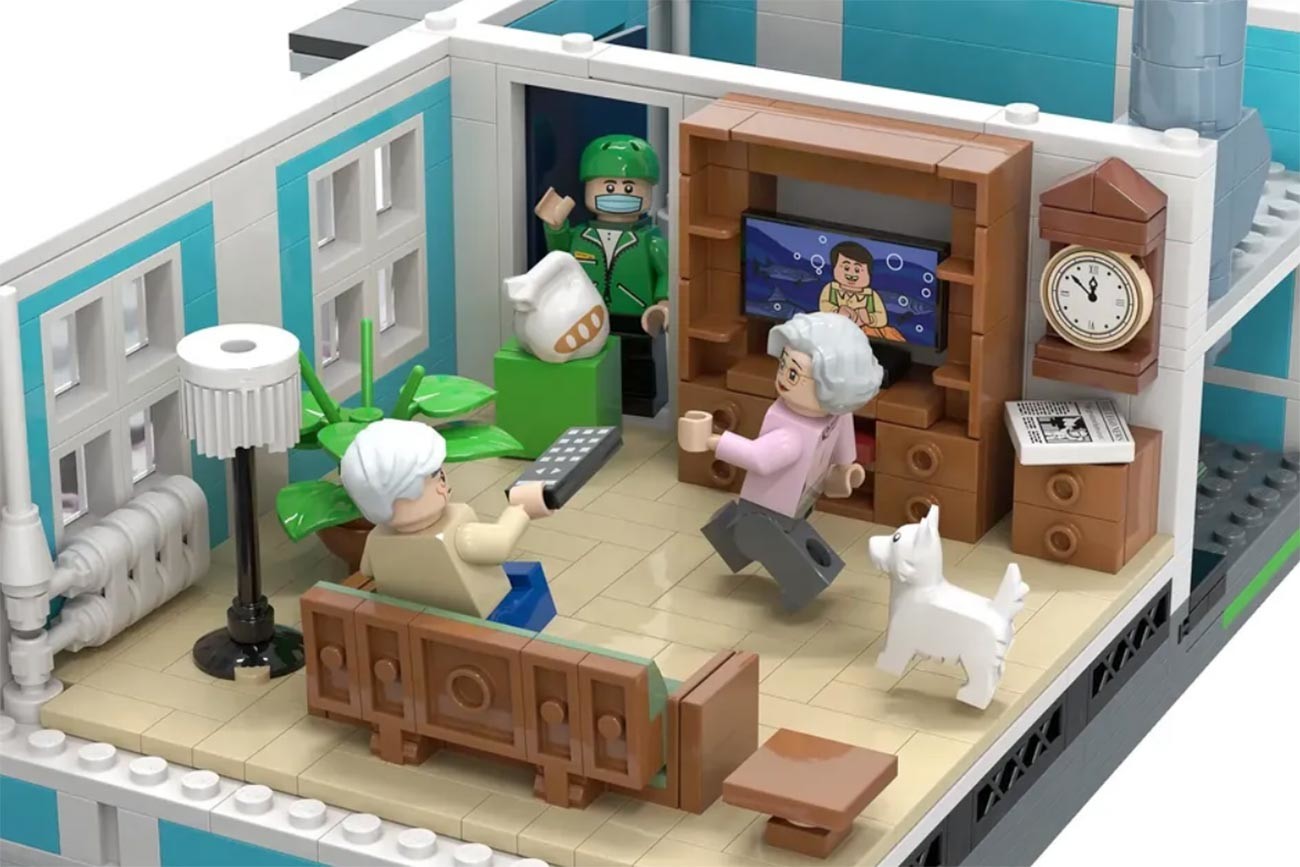 The company points out that during the pandemic, delivery workers became real heroes in cities and their arrival in a LEGO set raises the job’s social status. By the way, the LEGO delivery workers  even wear face masks! 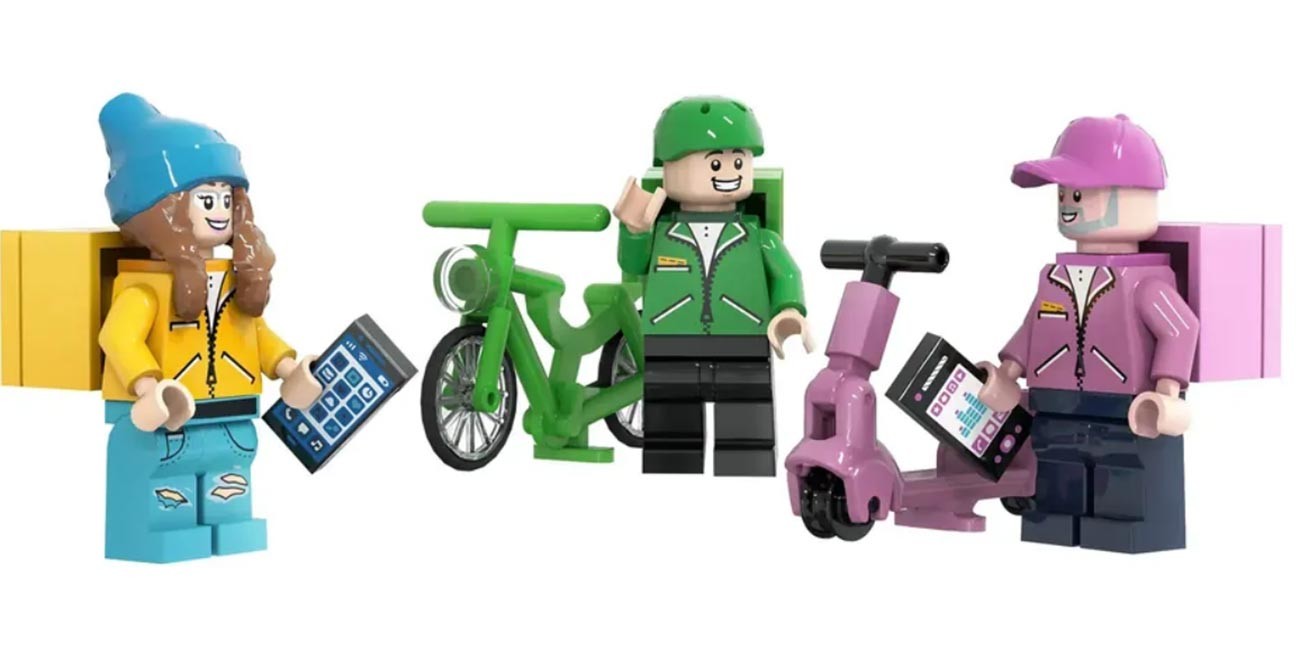 They help out an elderly couple who find it difficult to carry their shopping bags from the supermarket, as well as a young man with a broken leg who is stuck at home playing computer games. 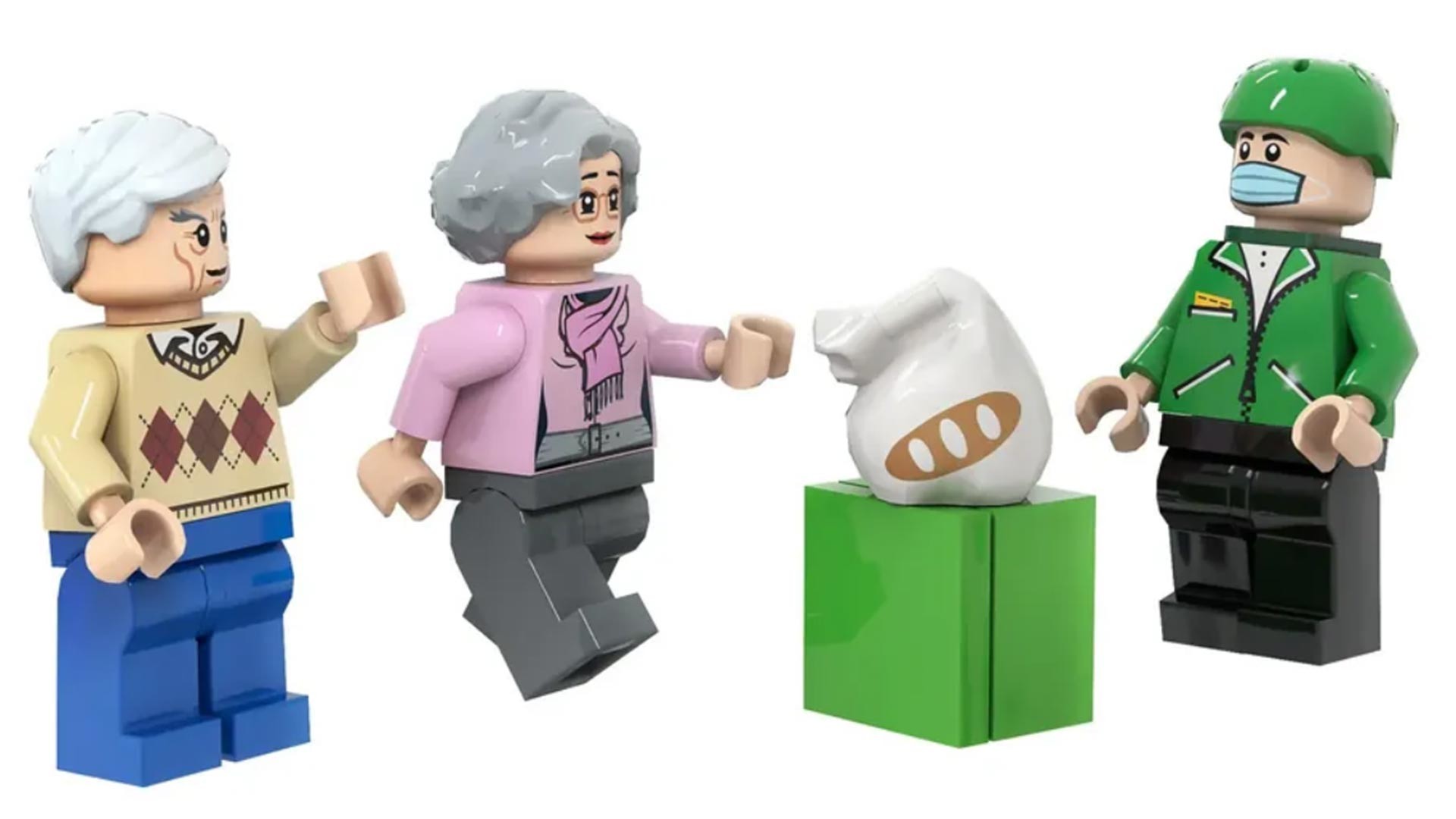 The panelka set idea has been submitted for voting on the ‘LEGO Ideas’ website and will appear in stores if it gets enough votes. You can support it too here. 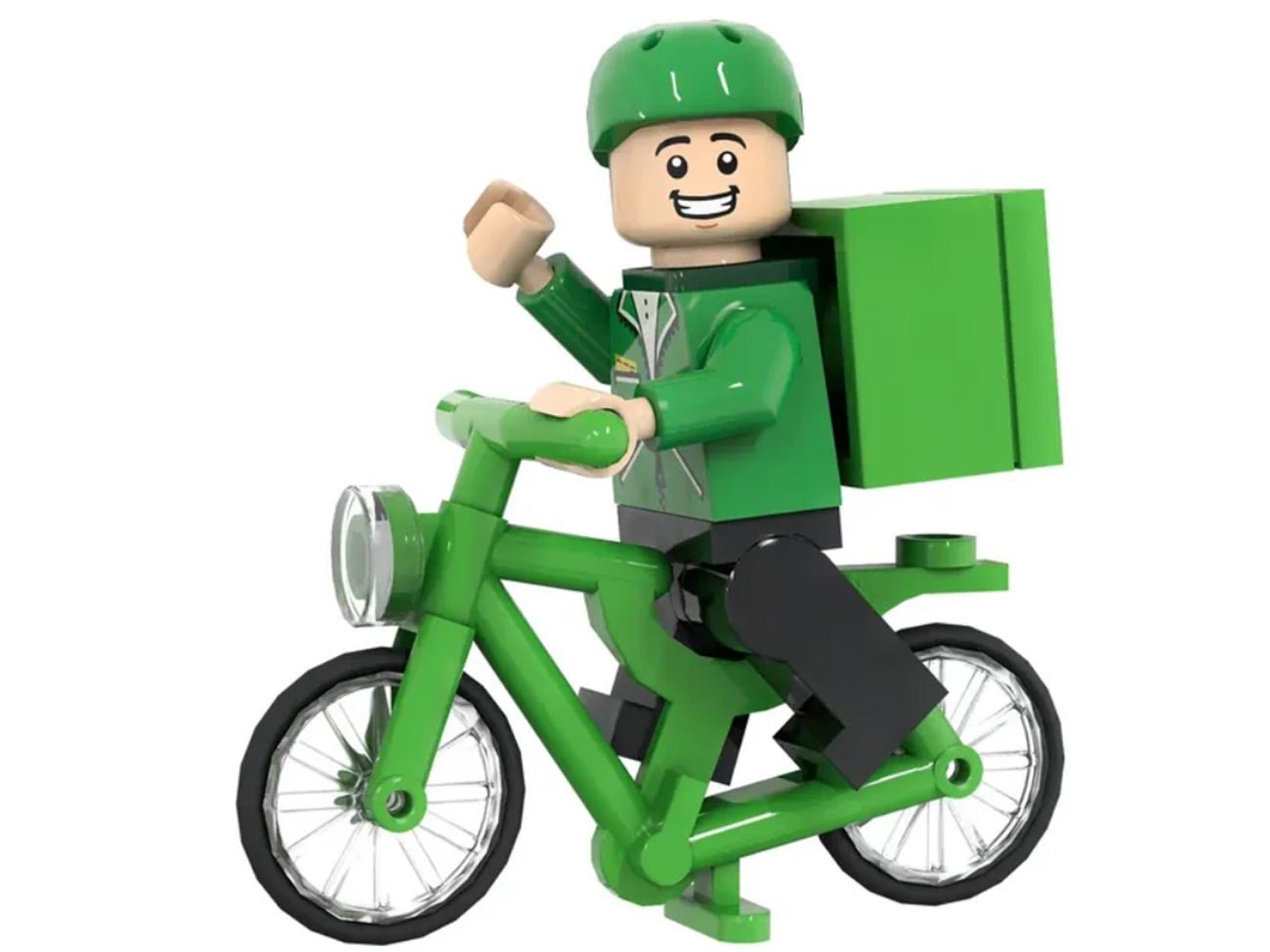 Read more: 5 pieces of furniture EVERY Soviet home had (PHOTOS)