Do bears really roam the streets in Russia? 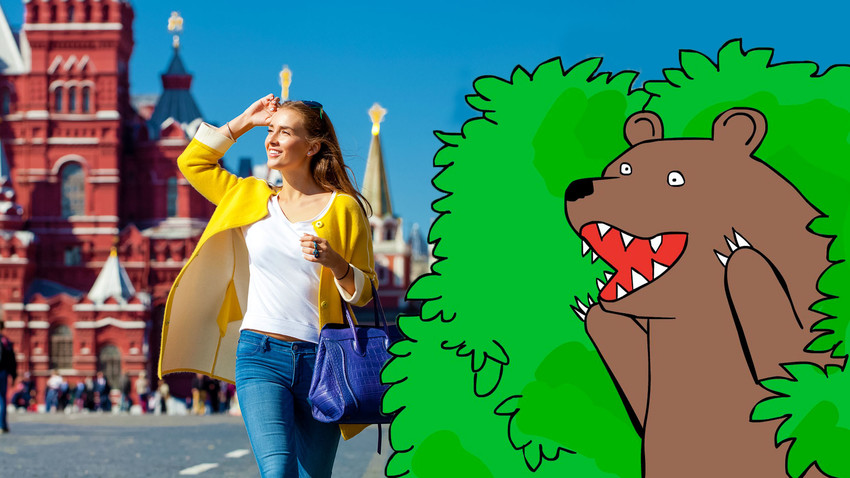 Russia Beyond (Photo: Legion Media)
Let’s be clear from the start: In Russia, you can pop out to buy some milk and bump into a bear. The only question is: How often does this happen and where?

One evening, while walking his dog near a five-storey block of flats, a resident of the settlement of Luchegorsk in the Far East, came across an angry bear. Viktor Dubitsky was totally unprepared for the encounter. “A bear jumped out at me from under a balcony. With his teeth bared and mouth frothing. The only thing I managed to do was to raise my arms. He knocked me in the chest and sent me hurtling two meters or so along the sidewalk on my backside.” Viktor was not the only victim of the invasion of bears that day (the animal was not alone), but miraculously everyone managed to escape with their lives.

And here is another story. The location is Taganrog, southern Russia. A man is walking a brown bear on a leash in an ordinary residential area, periodically trying either to give the bear a high five or to shake its paw. The video went viral on social media, after which the police started looking for the man to check the conditions in which the bear was being kept and to prosecute him for taking a bear for a walk without a muzzle.

It looks as if one of the most popular and amusing stereotypes about Russians is not a stereotype at all. So, do bears really roam the streets in Russia?

Not quite a stereotype

In short, the answer is yes, it’s true. But, firstly, not everywhere and, secondly, not all the time - although a couple of centuries ago, the answer would have been unequivocal.

In Old Russia, meeting a bear in the street was commonplace. But ubiquitous encounters with them were a result of the incredible popularity of bear shows. In Old Russia, a tame bear was the main “attraction” offered by itinerant skomorokhs [travelling comic street performers]. So, apart from accidental encounters with wild bears, there were plenty of opportunities to see a tame bear on a chain leash. This tradition went back centuries and, at some point, there were so many bears in the streets that Tsar Aleksey Mikhaylovich had to issue an edict banning “dancing bears”. However, this didn’t deter people who sought to make money from bear shows, so the practice took some time to come to an end. 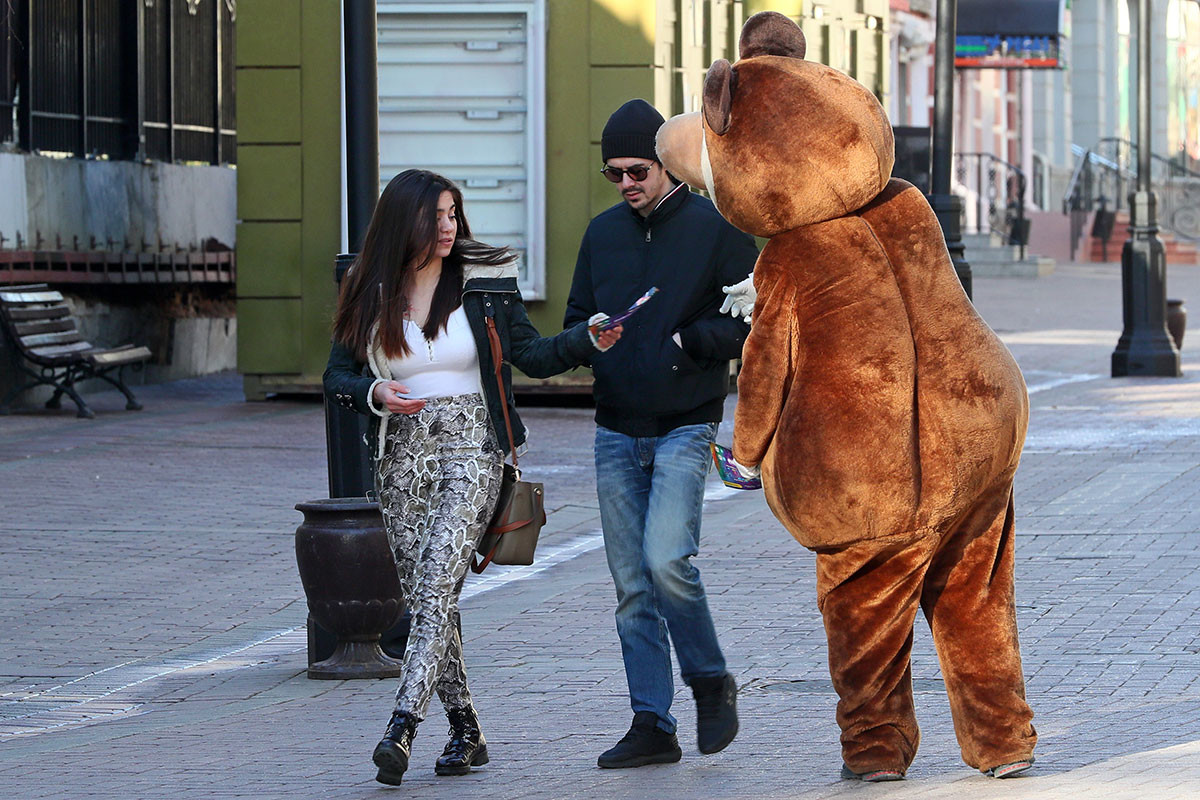 Nowadays, the chances of meeting a bear depend on geographical location and time of year. One can frequently hear on the news in Russia that a bear got inside a shopping center and was seen strolling around somewhere between H&M and Zara. Or about bears blocking a highway in the taiga and refusing to go away until the drivers or passengers have paid them a “toll” in the form of food. Or even stories about dozens of bears taking a village hostage and preventing the locals from leaving their homes.

The chance of meeting a bear on the streets of Moscow or in the European part of Russia is zero - there are simply no bears there (except in zoos). But, it is possible to encounter them in Central Russia, the Urals or Siberia, where they can be seen wandering around right next to residential buildings and, of course, in the Far East, where there are more bears than anywhere else. Moreover, the further east you go, the larger the animals become. The smallest bears live in the Caucasus and the largest in the Far East and, in particular, in Kamchatka, where the salmon come in huge numbers to spawn.

There are three bear species in Russia - the brown bear, the Himalayan bear and polar bears. They can wander into towns and villages from autumn to late spring searching for food. Individual bears that have not managed to put on a sufficient amount of fat do not stay in their dens. They are the ones - hungry and aggressive - that approach people. For residents of the Nenets Autonomous Area, Chukotka and other Arctic regions encounters with bears are commonplace.

“You can run into a bear when taking out the trash or accompanying the children to school. You might not even be able to leave home because of a huge beast waiting by the entrance,” says Sergey Uvarov, World Wide Fund for Nature (WWF) Russia project coordinator in the Nenets Autonomous Area. It was for situations such as these that WWF Russia created the ‘Bear Patrol’ - a group of volunteers who prevent humans and bears from coming into contact and escort the animals back to their natural habitat.

In recent years, however, encounters with bears have become more frequent. Experts attribute this to the fact that, nowadays, bears are hunted less and their fear of humans is diminishing. At the same time, bear numbers are also growing: According to data from Tsentrokhotkontrol [the Russian hunting watchdog], since 2004 - a period of more than 15 years - the population of brown bears in Russia has gone up by 90 percent.