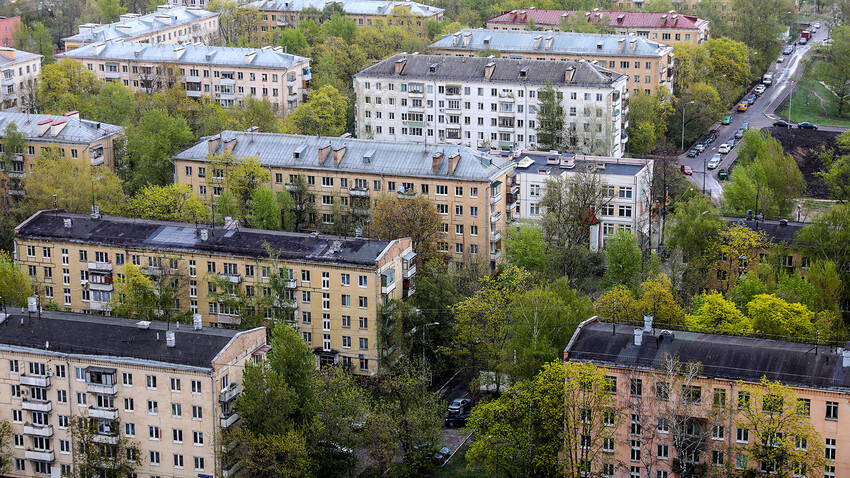 Mikhail Pochuyev/TASS
Why were so many five- and nine-story buildings built in the USSR, why were windows installed in the bathrooms, why did apartments have two front doors?

Construction of the Novye Cheremushki district in Moscow, 1954.

Five-story apartment buildings began springing up in the USSR in the late 1950s. They were (and still are) known as khrushchevkas, since most of them were built under General Secretary Nikita Khrushchev.

The Soviet leadership wanted to provide housing for as many as possible, facilitate migration from the villages to the large cities, and resettle people from communal apartments. What’s more, panel housing was cheap and spacious – five-story buildings did not have an elevator or garbage chute, and apartments did not have attics or basements. It took construction workers, working in three shifts, just 12 days to build one. Under Khrushchev’s leadership, more than 13,000 residential buildings were built in the USSR, and almost all of them were five-story buildings.

The technology for building panel housing was borrowed from France, in particular the architect Raymond Camus. He patented his technology in 1949. A decade later, the USSR purchased from the French its first production line for manufacturing panels, and then bought a license from Camus’ company for the mass production of concrete items, which was then reworked by Soviet engineer Vitaly Lagutenko. The result was the K-7 series of Soviet five-story buildings.

2. Nine floors to save money 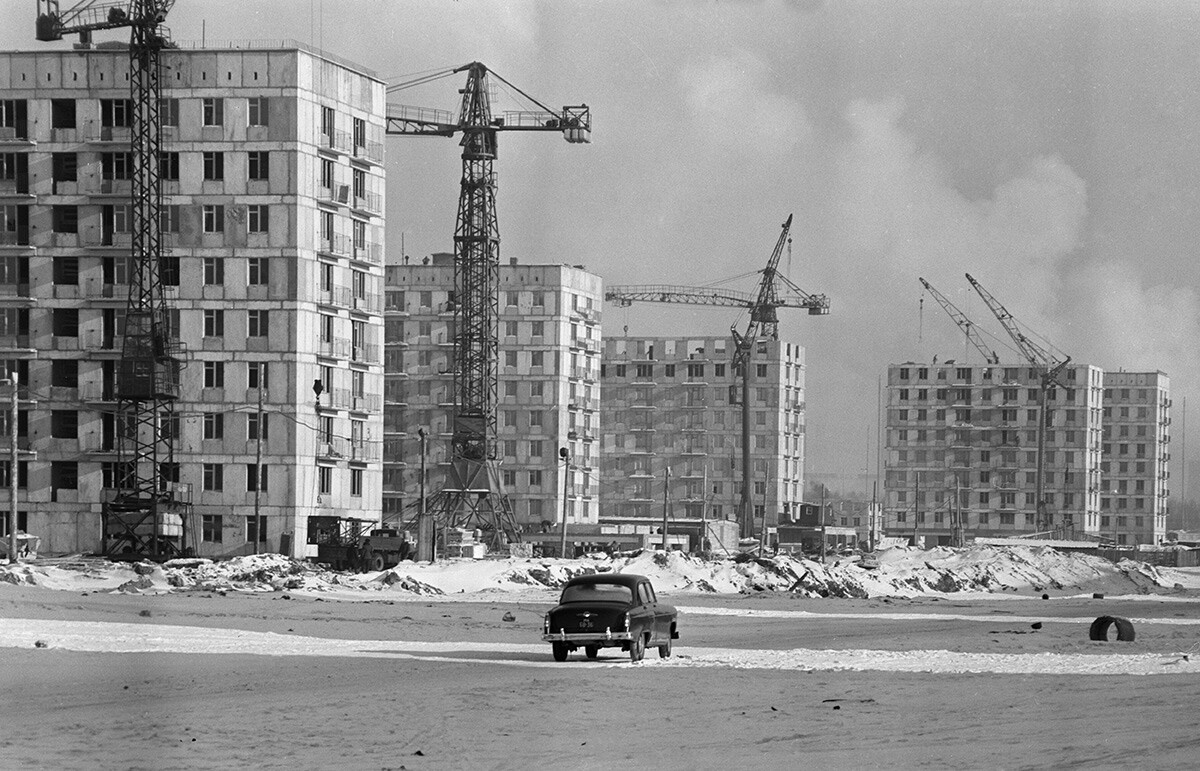 Construction of dwelling houses in the Khoroshyovo-Mnyovniki District in Moscow, 1963.

Another factor was fire safety. The height of a standard mechanized fire truck ladder is 28 meters, enough for firefighters to get to the ninth floor. Any taller, according to fire safety requirements, and it would have been necessary to install smoke-free stairwells and shafts with an artificial extraction system. All this greatly increased the cost of construction. 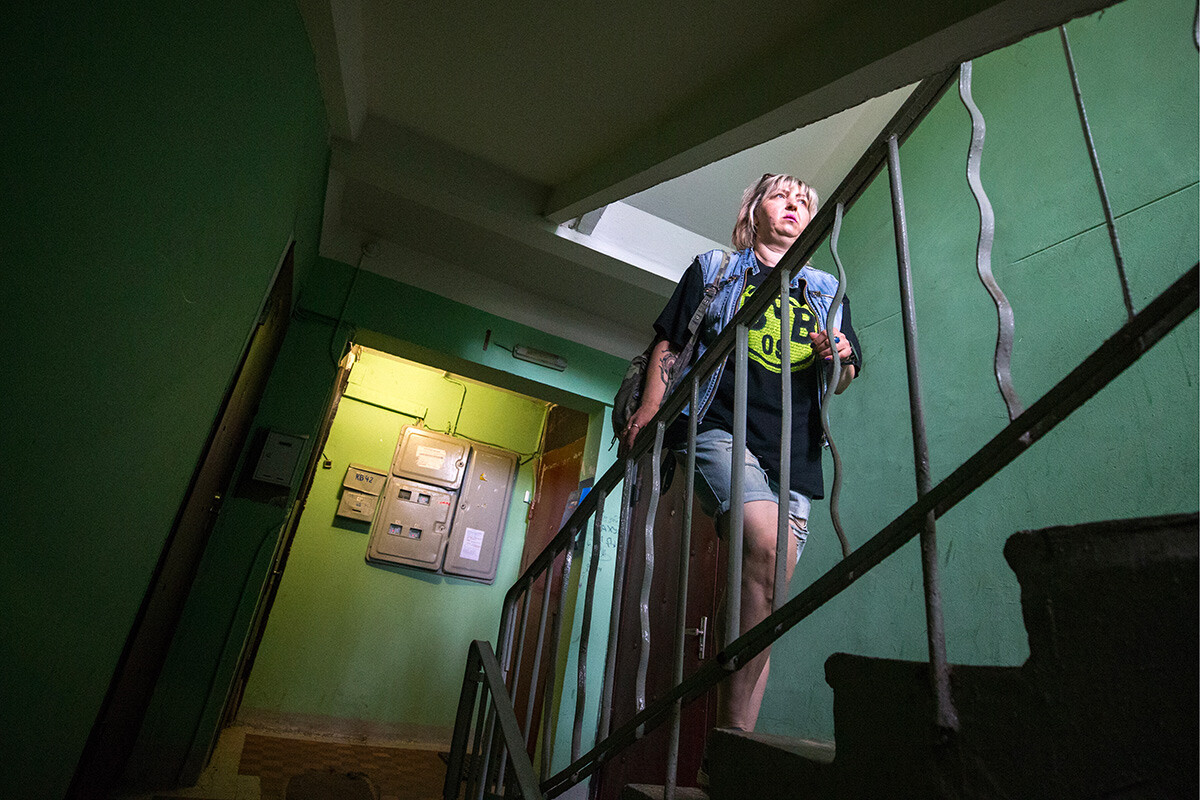 Green paint was widely used to camouflage military equipment, and blue for trucks and agricultural machinery. That meant these two colors of paint were in abundance in the USSR.

The entrance lobbies of five- and nine-story buildings usually had the lower half painted and the upper half whitewashed. Paint was more practical, but whitewash allowed the walls to "breathe", protecting them from mold for longer.

The painted section was easy for inhabitants themselves to clean. The contrast between the paint and whitewash at eye level was intended to help find the exit door in case of smoke or fire. In addition, green and blue are very saturated colors, helping to cover up defects in the paintwork. 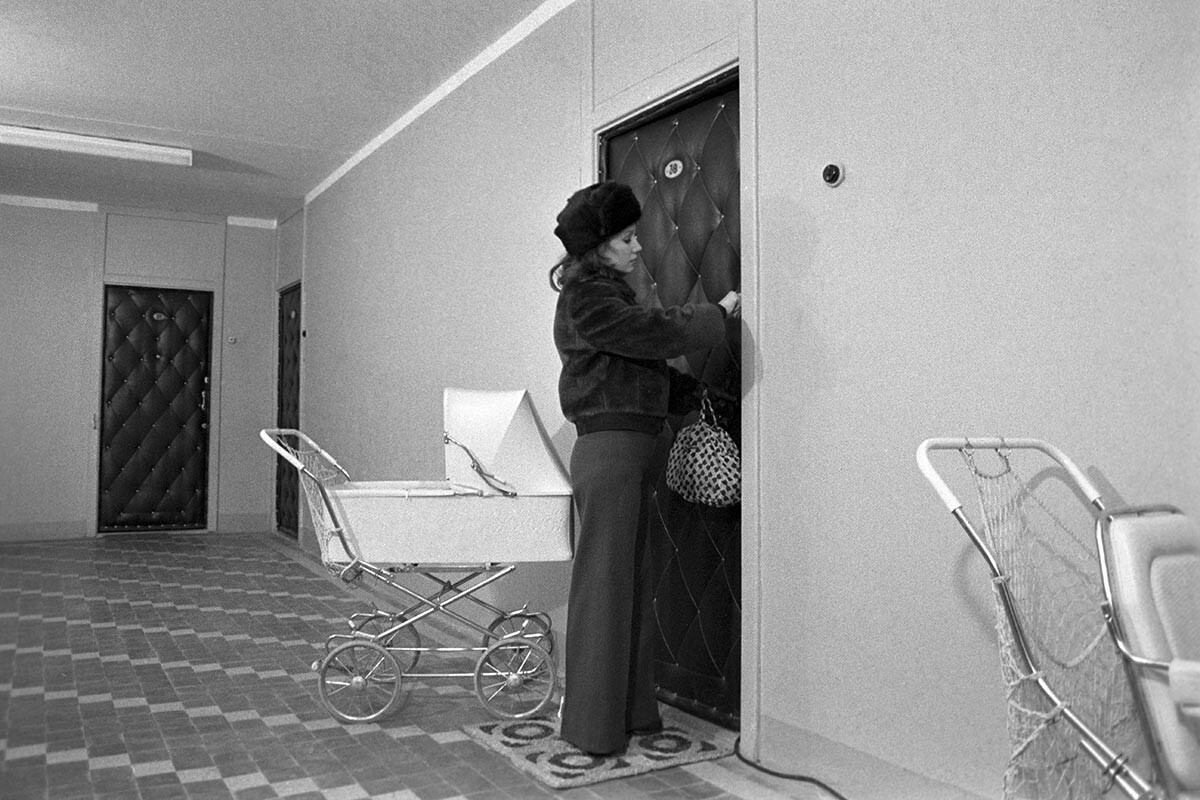 Khrushchevka apartments were fitted with simple wooden doors, which did not retain heat well or provide good sound insulation. Residents themselves tried to insulate them by attaching foam rubber and upholstering them with dermantine. Then the idea of a second front door arose. An additional advantage was security, since both doors could be locked.

READ MORE: Why do Russian apartments have multiple doors?

Although nothing unusual outside Russia, bathroom windows were uncommon in Soviet times. In krushchevkas they were installed for practical purposes. More light means better ventilation and fewer bacteria, plus no need to turn on the light in the daytime. Residents showed creativity by hanging curtains, installing stained glass or even painting them. And if, say, an elderly person became ill in the bathroom, their relatives had quick access.