How the Olympic figure skating drama ended up for Russia 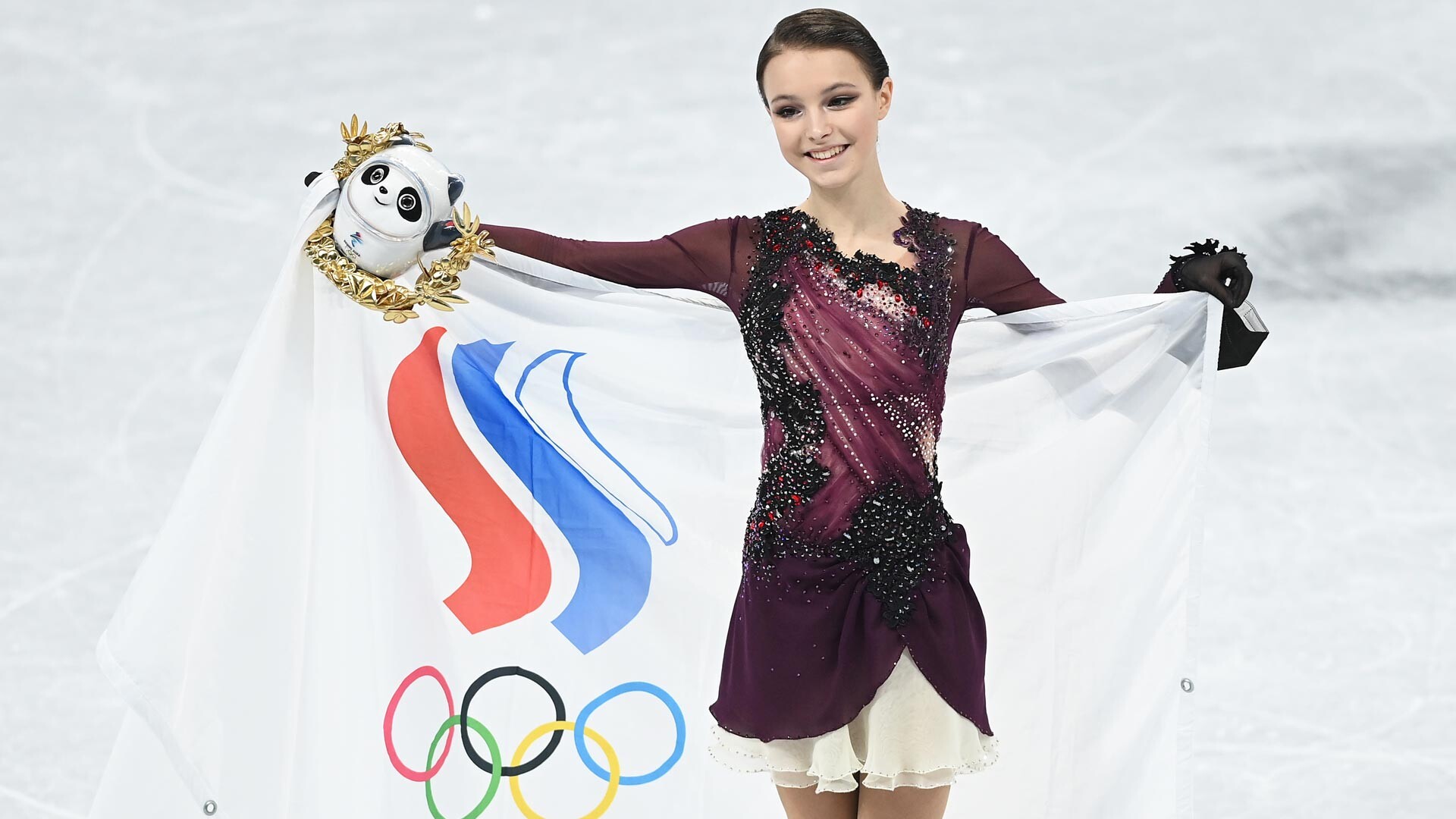 David Ramos/Getty Images
On February 17, 2022, the main intrigue of the Women’s singles at this Winter Olympic Games was revealed and two Russian athletes won gold and silver medals. However, the promising and much-hyped Kamila Valieva couldn’t handle her emotions after the recent doping scandal.

Team ROC from Russia was represented by three female figure skaters at the 2022 Olympics in Beijing: Kamila Valieva, Alexandra Trusova and Anna Shcherbakova, the top three at the latest Russian Championships in the discipline and all students of coach Eteri Tutberidze, who already managed to change the face of the female skating. All of them have already become world stars, setting new records and winning golds and skating fans worldwide have even given Trusova the nickname ‘Russian rocket’ for her quadruple jumps.

Kamila Valieva won in the team classification, becoming the first woman to perform the quad jump at the Olympics. All eyes turned on her, amazed by her flexibility and grace, and expecting the gold medal in the individual competition for her, too. 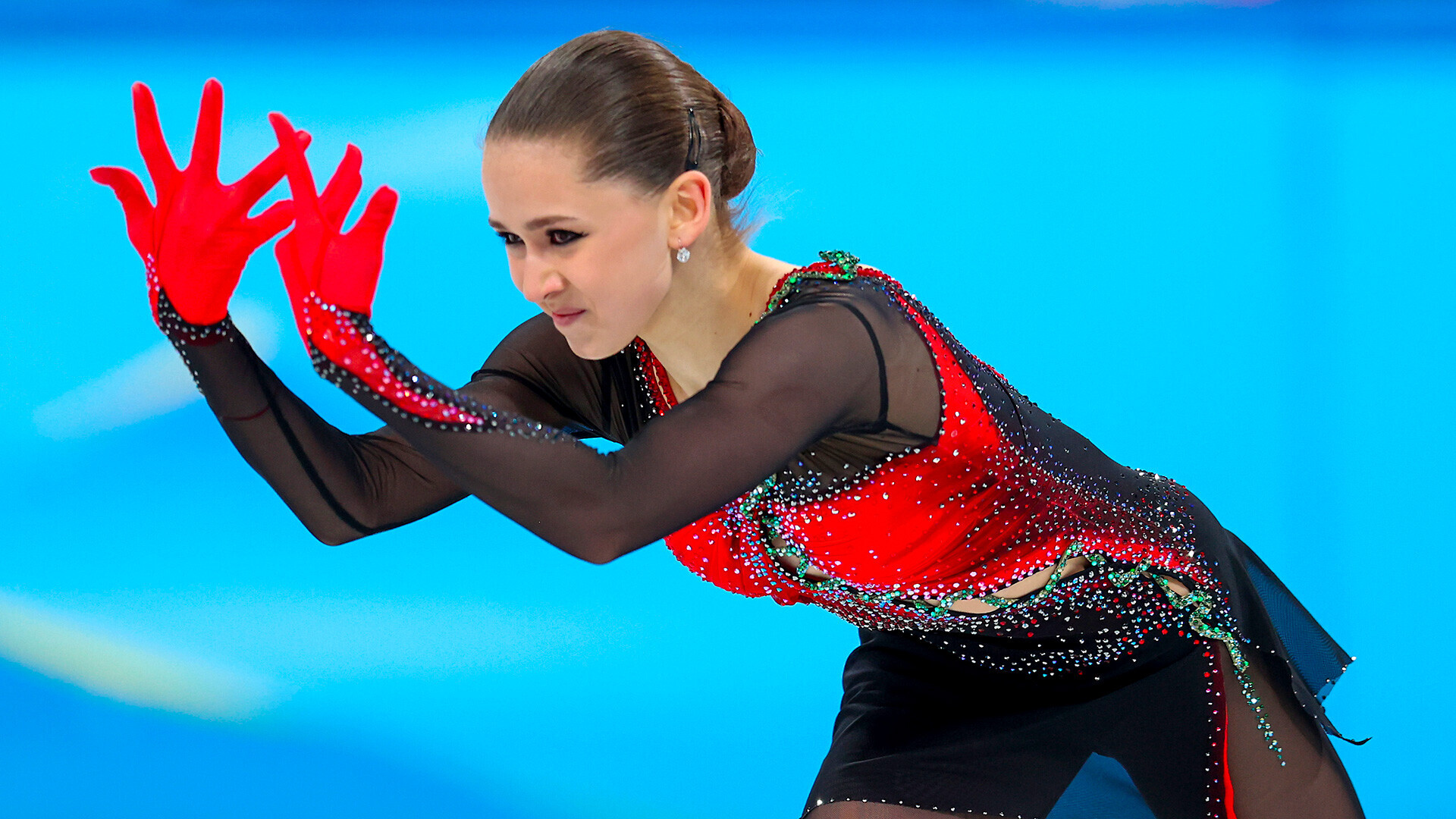 However, the award ceremony scheduled for February 7 was postponed, due to unclear reasons and, finally, a doping scandal broke out because of a test Valieva took in December 2021. To the very last moment, it was unclear whether the skater would be allowed to participate in the female single competition.

“No doping would help an athlete to jump quadruples and won’t give the grace,” coach Tutberidze said, commenting on the alleged positive doping test.

The Court of Arbitration for Sport had to make an urgent decision about the case - and decided to allow Kamila to perform in the individual program.

The Women’s Single consisted of two competitions - the short program on February 15 and free skating on February 17. At training, the 15-year-old Valieva began showing her nervousness and was seen to be emotionally and psychically tired of all the extra pressure. However, she defiantly showed her skills in the short program (making just a slight error - a step out from a triple axel jump) and ended up in first position, scoring 82.16. 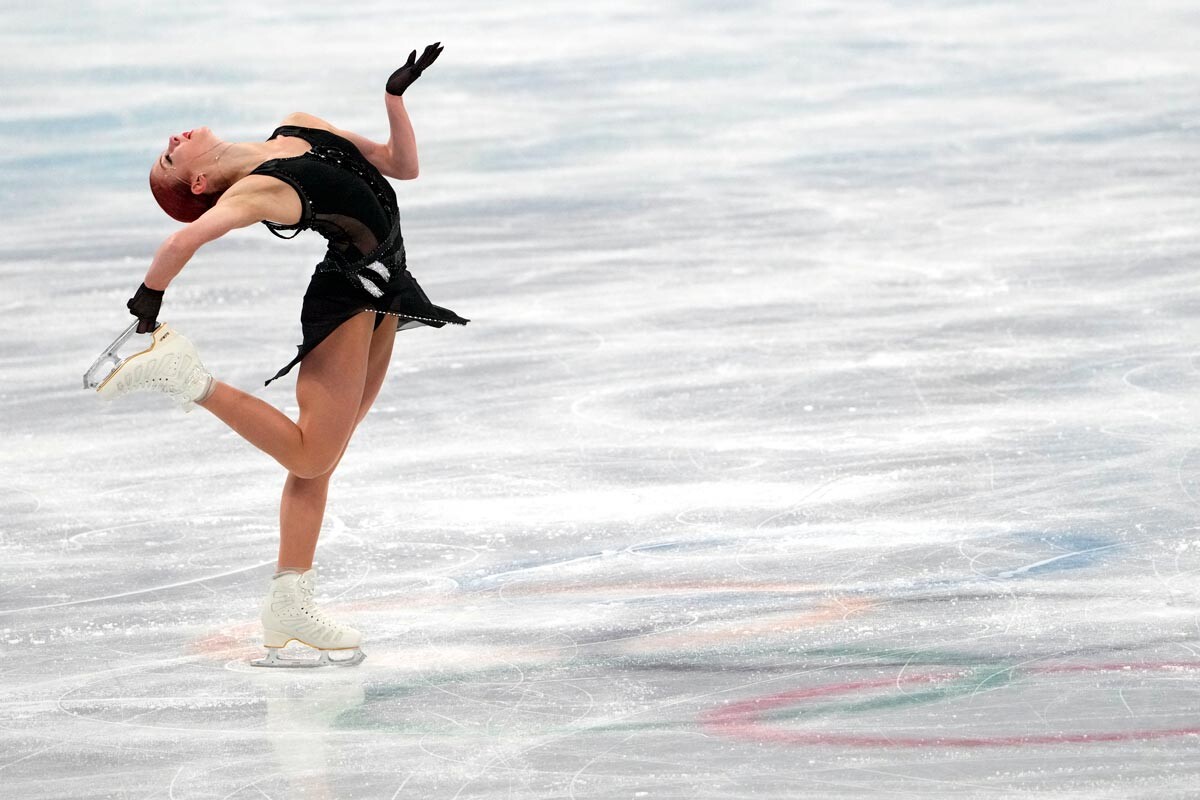 The free skating round was to decide the final scores and the medals. Alexandra Trusova performed great and became the first skater in history to successfully complete FIVE quadruple jumps at the Olympics and scored a record 177 for free skating. 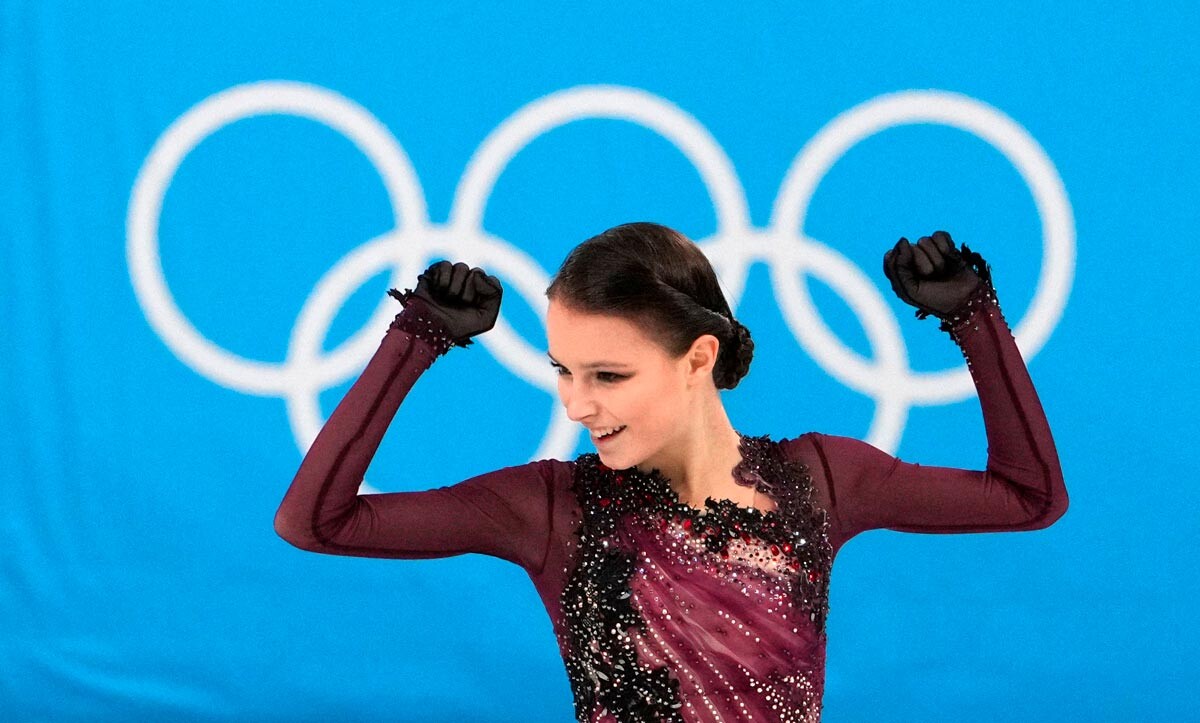 The current world champion, Anna Shcherbakova, also performed well, landing two quadruple jumps and moved into first position for the total score for both the short program and free skating. 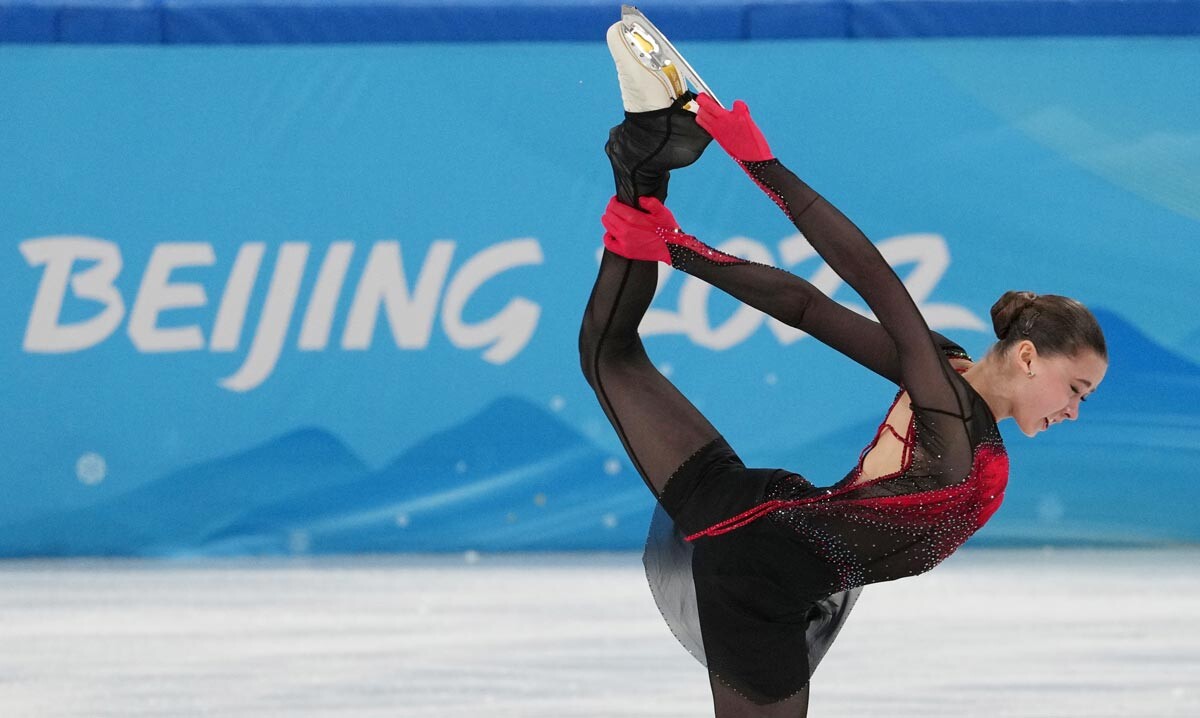 Kamila Valieva, who was expected to win, fell twice and made several mistakes in the free skating program. She left the ice in tears. “Did you give up fighting out there?” Tutberidze said, meeting the athlete from the ice.

Famous Russian coach Tatiana Tarasova, who raised several Olympic champions, considered that Kamila was broken before the Women’s Singles. “How can you comfort Kamila? They have been killing, killing, killing her and finally she got killed. We’ve seen this today,” Tarasova said. 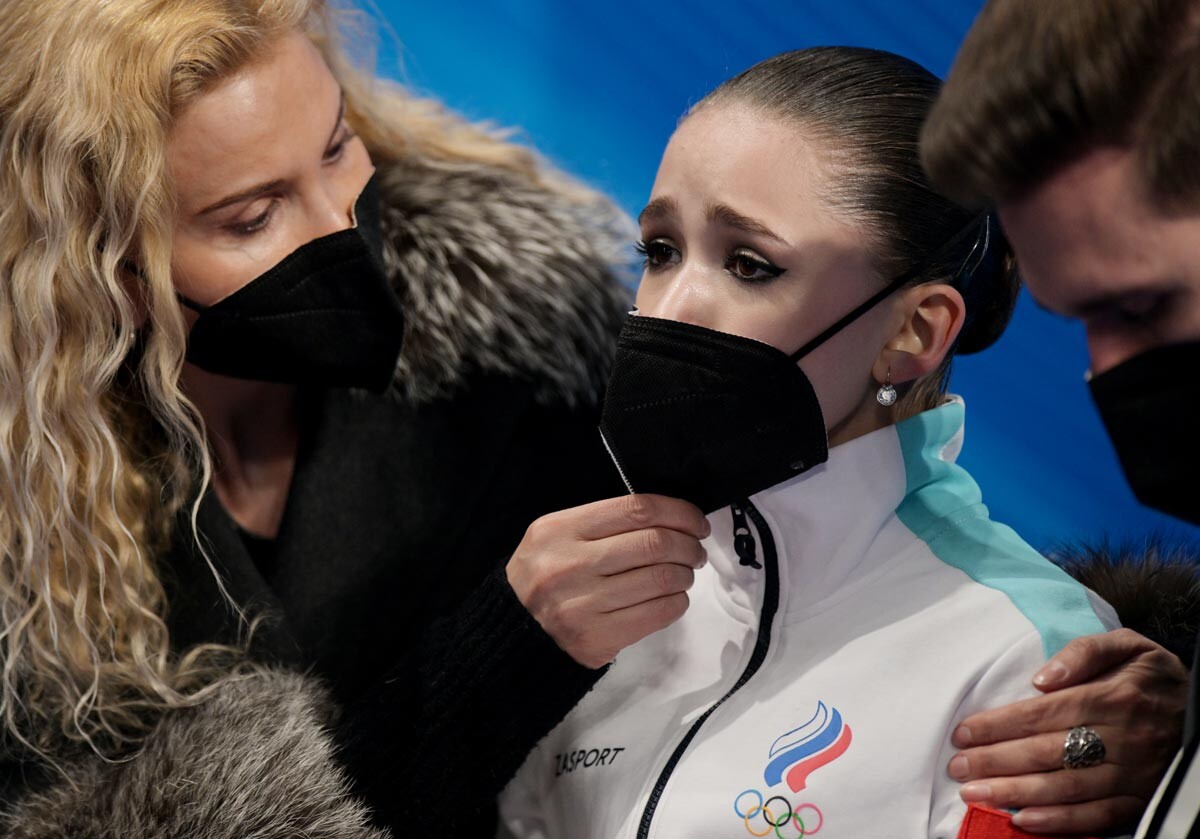 Kamila Valieva after reacts after the women's free skating

Anna Shcherbakova won gold, Alexandra Trusova got a silver medal, while the bronze went to Kaori Sakamoto from Japan. Kamila Valieva ended up in fourth position after the two programs.

The drama beyond the ice rink

Alexandra Trusova was not satisfied with silver. She didn’t handle emotional tension and cried out after the final results. “I hate sport, I will never go out on the ice again,” she yelled to her coaching team. Trusova was mostly disappointed, because, despite all her records and jumps, she hadn’t won gold at senior tournaments her whole career - only silver and bronze medals. 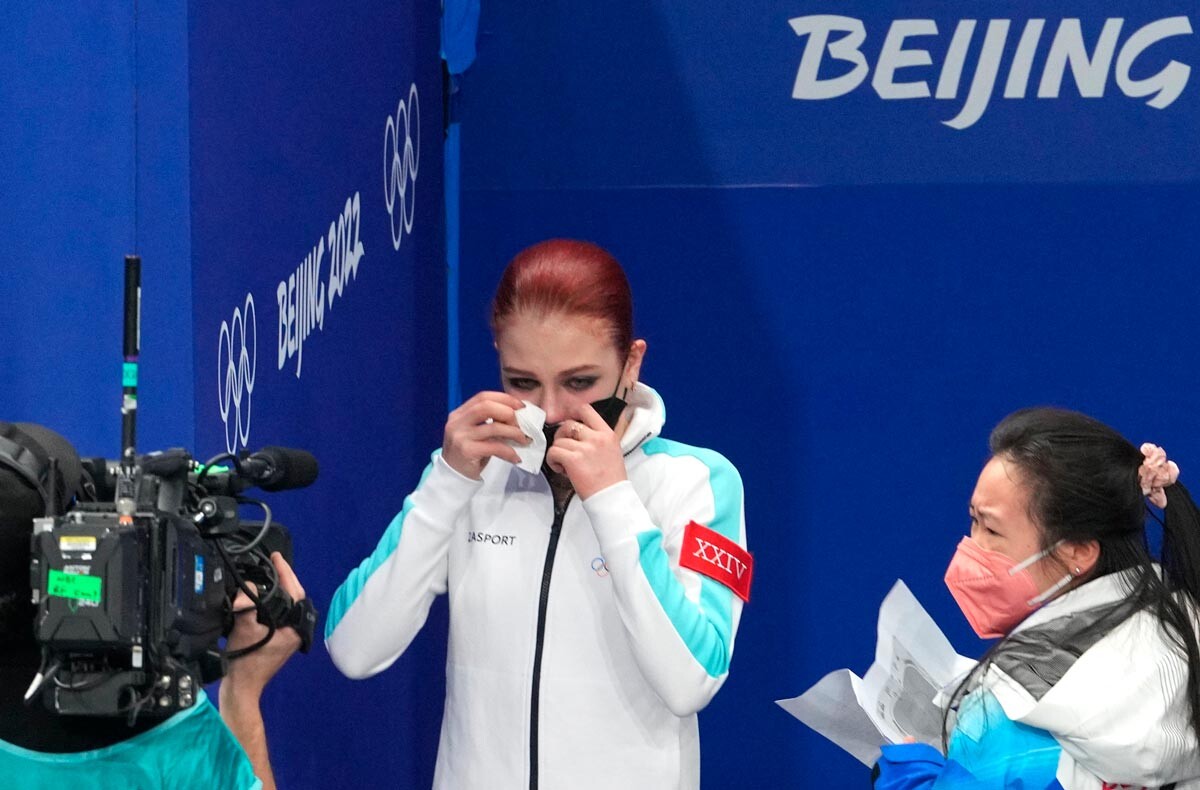 At the press conference, Alexandra managed to keep her emotions down and didn’t blame coaches or anyone for her results. She also mentioned that it was mentally hard for her to be alone for three weeks at the Olympics without her mother and dogs.

Evgenia Medvedeva, who won silver at the previous Winter Olympics, who was also expecting to win gold, comforted Trusova: “That was great free skating and you will have your gold medals in the future,” Medvedeva wrote on Instagram, adding that she has some gold medals in her career, but she isn’t able to repeat what Trusova can do. 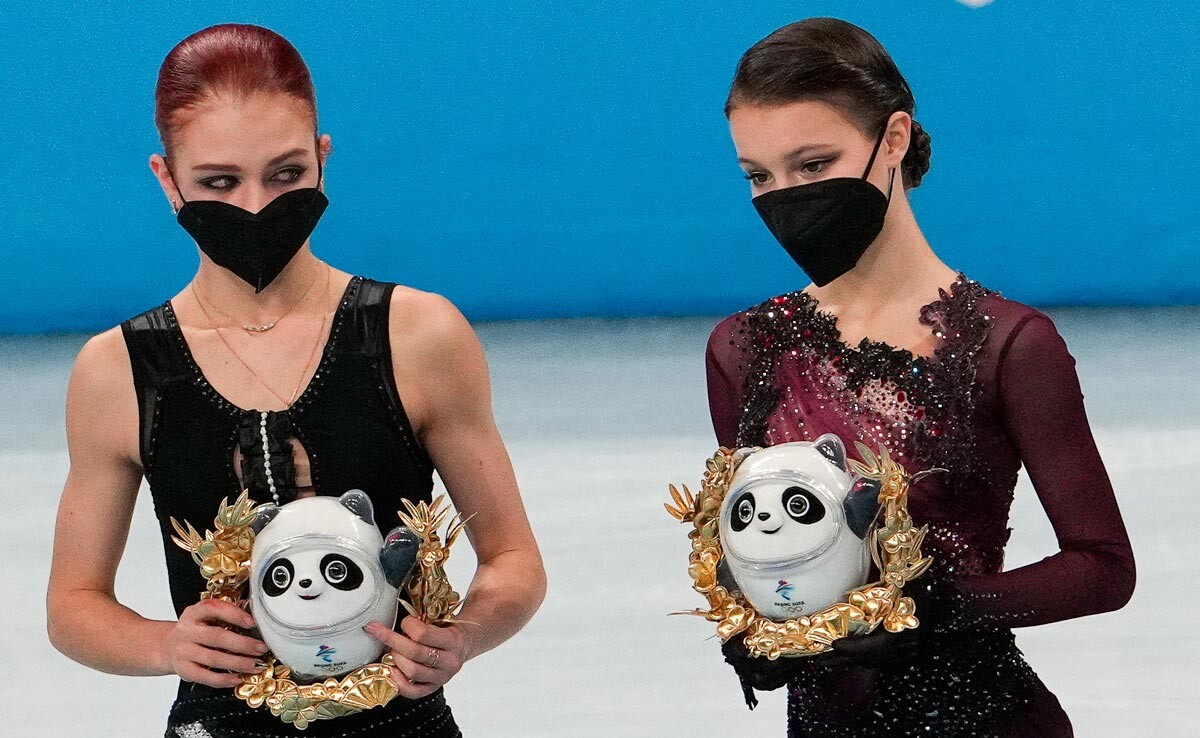 The Olympic Committee announced earlier that should Valieva take one of the podium positions, there would be no awarding ceremony, because of the doping scandal. “Well, at least they won’t cancel the ceremony now,” Valieva said after the results were announced.

And while skaters who won the first six places usually take part in an exhibition gala show, Valieva was not invited to take part.

Luckily, champion Anna Shcherbakova didn’t face any negative reactions. She was happy and said that she controlled emotions and even realized how to become an even better performer in the future. Vladimir Putin congratulated Anna writing an official letter and noting that she demonstrated a high level of mastery and huge artistic skill. 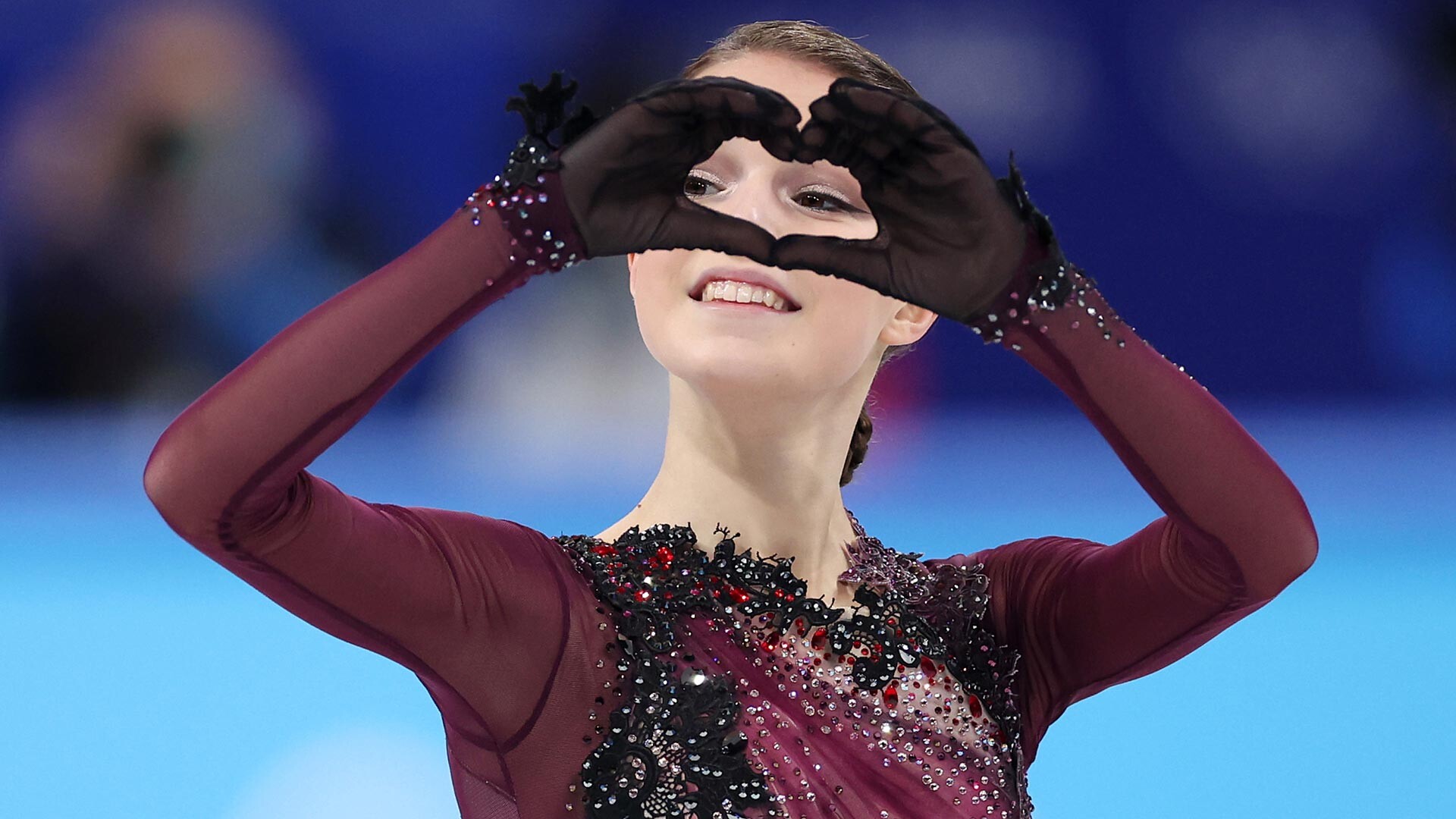 “Especially kind words are addressed to your trainers and, of course, teammates,” the president added.