Russian medal winners at the 2022 Winter Olympics in Beijing (PHOTOS) 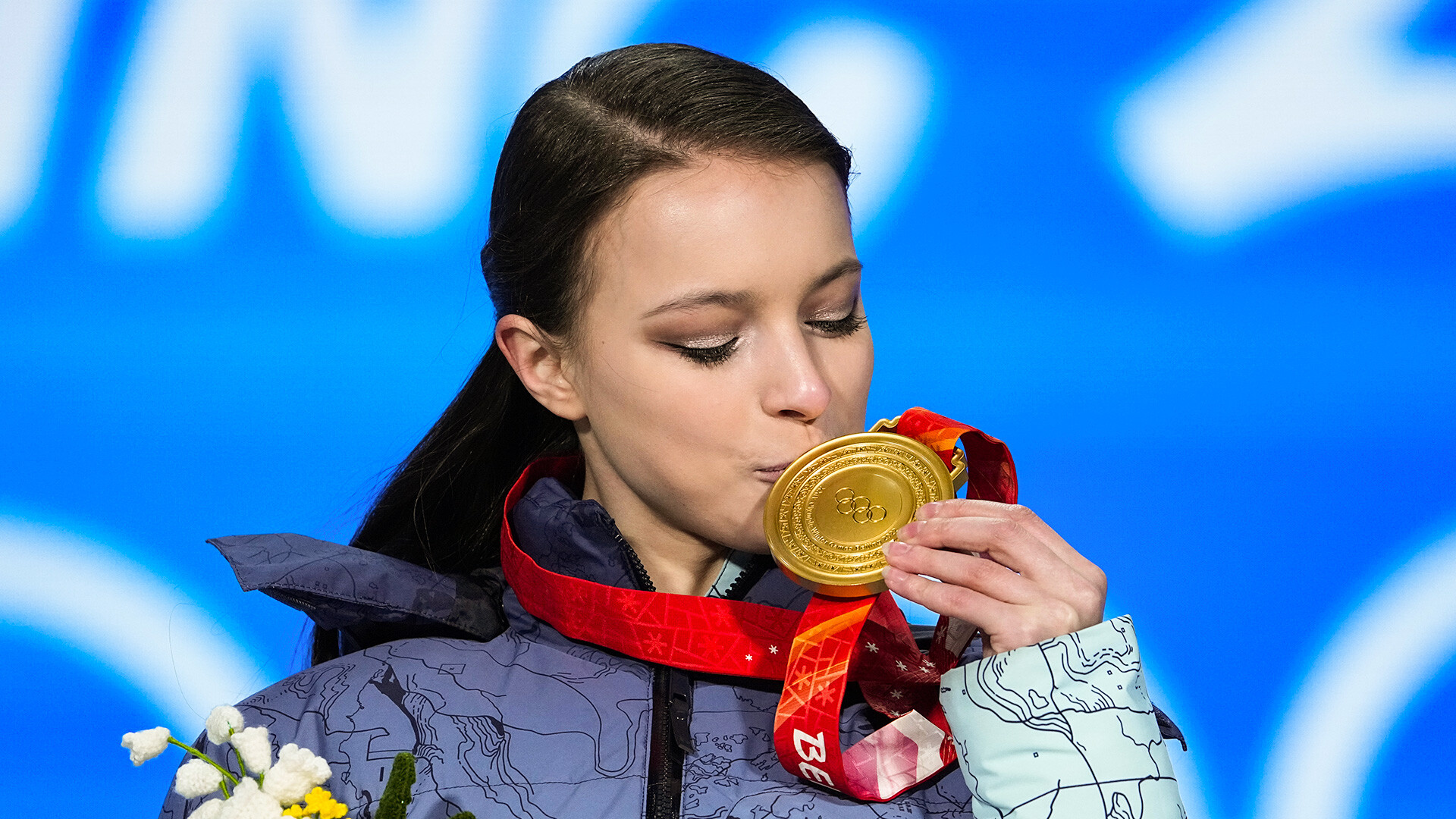 Russian athletes, competing as the ROC (Russian Olympic Committee), finished the Winter Olympic Games in Beijing (February 4-20, 2022) in 9th place in the gold medal standings. They won six gold, 12 silver and 14 bronze medals, finishing in second place behind Norway in the total number of medals (32 against 37). The most medals were won in skiing and figure skating events. 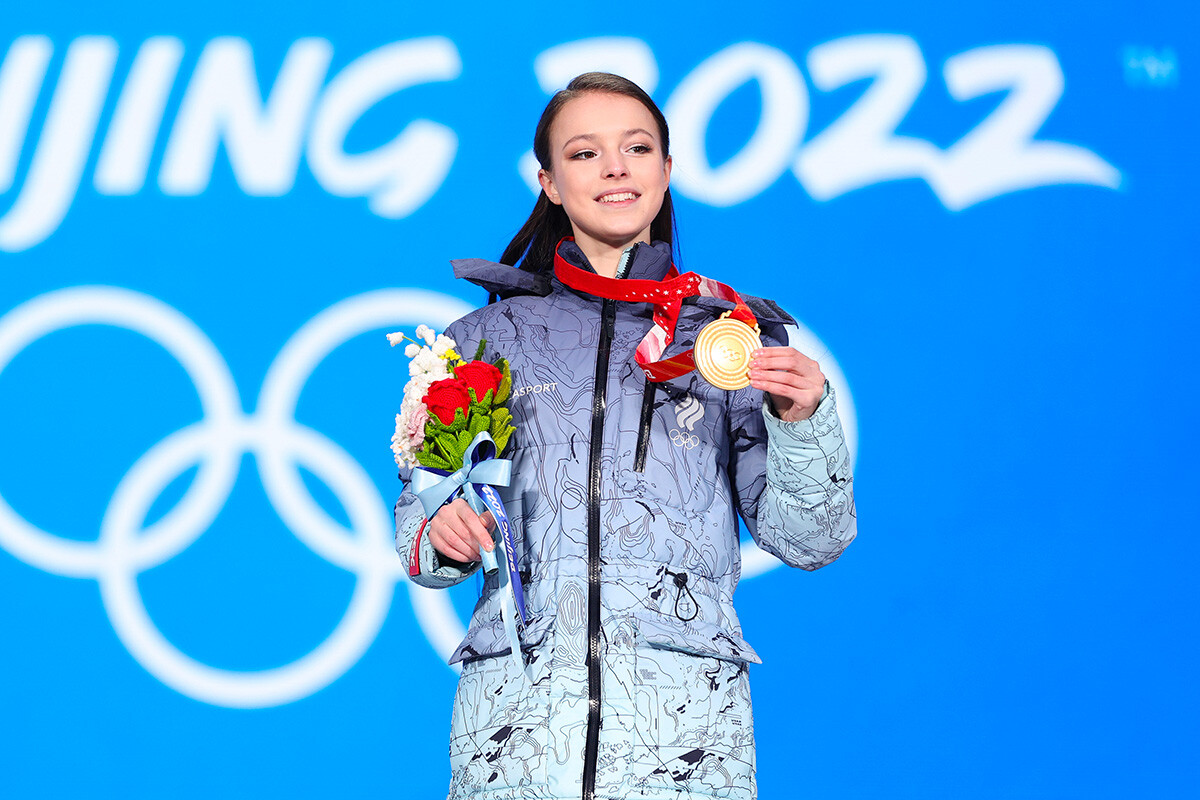 Before the short program, she broke her skates and she urgently had to use a new pair. Nevertheless, this trouble did not stop her from pulling off the best performance, successfully landing two quadruple jumps. A perfect technique, plus her artistry, crowned her the No. 1 figure skater. 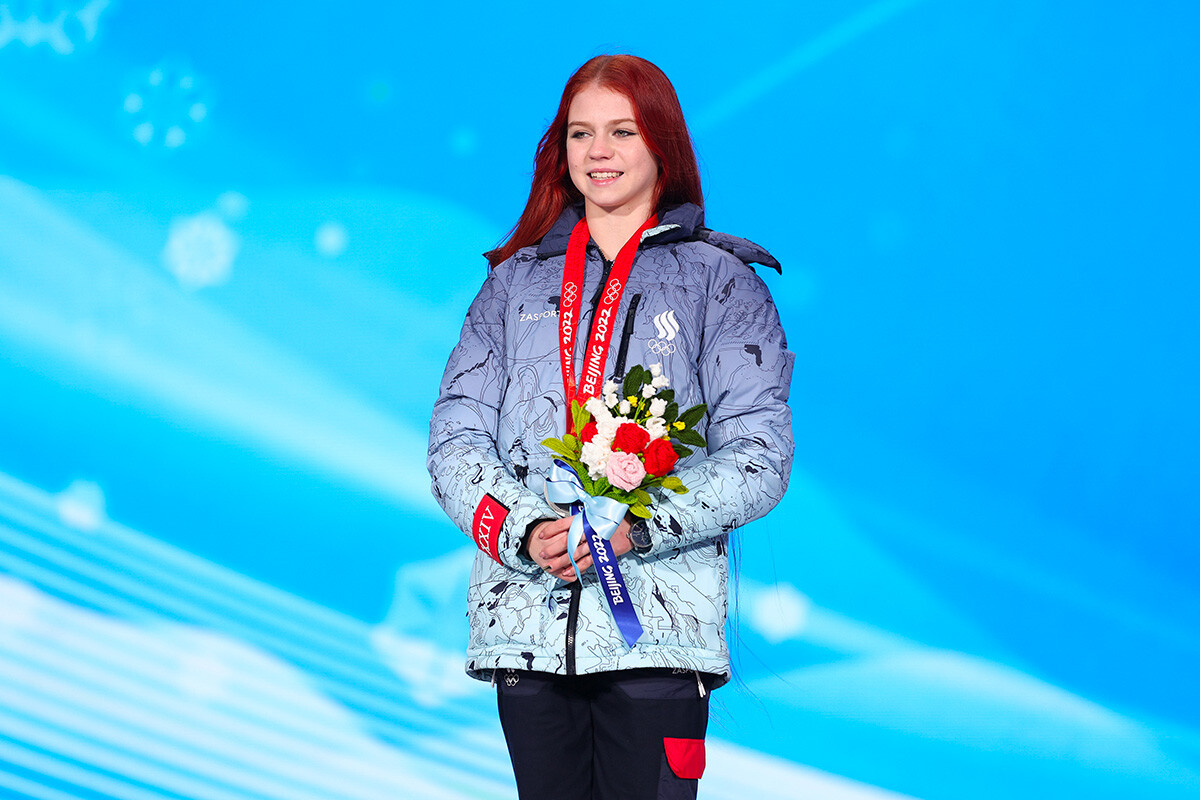 Although Trusova only won silver in the women’s single, her performance has been dubbed one of the most difficult in figure skating. At Beijing 2022, the 17-year-old athlete was the first in the world to successfully land five quadruple jumps in one program.

Nevertheless, Trusova admitted that she was upset with the final result and, after the competition, even declared that she “hates figure skating”. 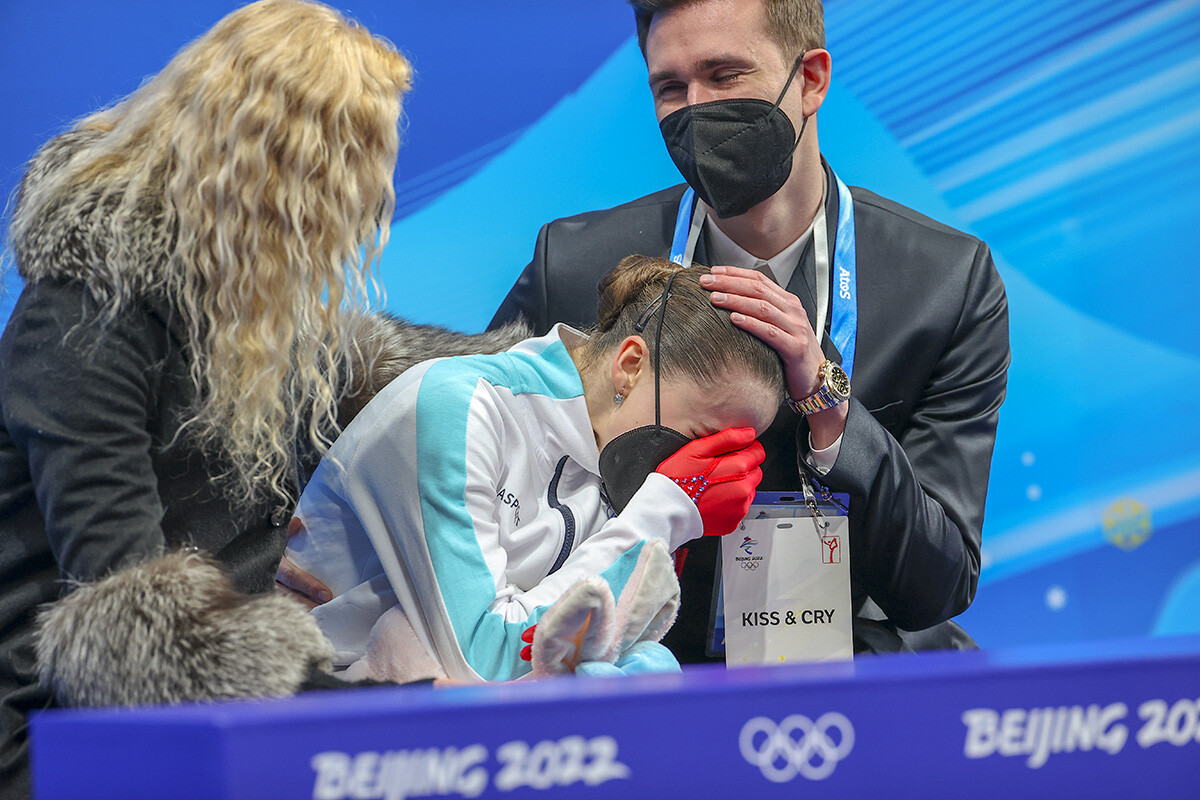 Kamila Valieva of ROC reacts to her score after the Women Single Skating Free Skating.

But, perhaps, the hardest moment of these Winter Olympic Games was the drama surrounding 15-year-old Kamila Valieva. At first, the Russian athletes became gold medalists in the figure skating team event, but, the next day, the award ceremony was postponed, due an alleged positive doping test by Valieva. And, although the rules of anti-doping violations apply only to athletes over the age of 16, the IOC refused to award Russian figure skaters until the end of the investigation.  In the single competition, Valieva only managed 4th place. 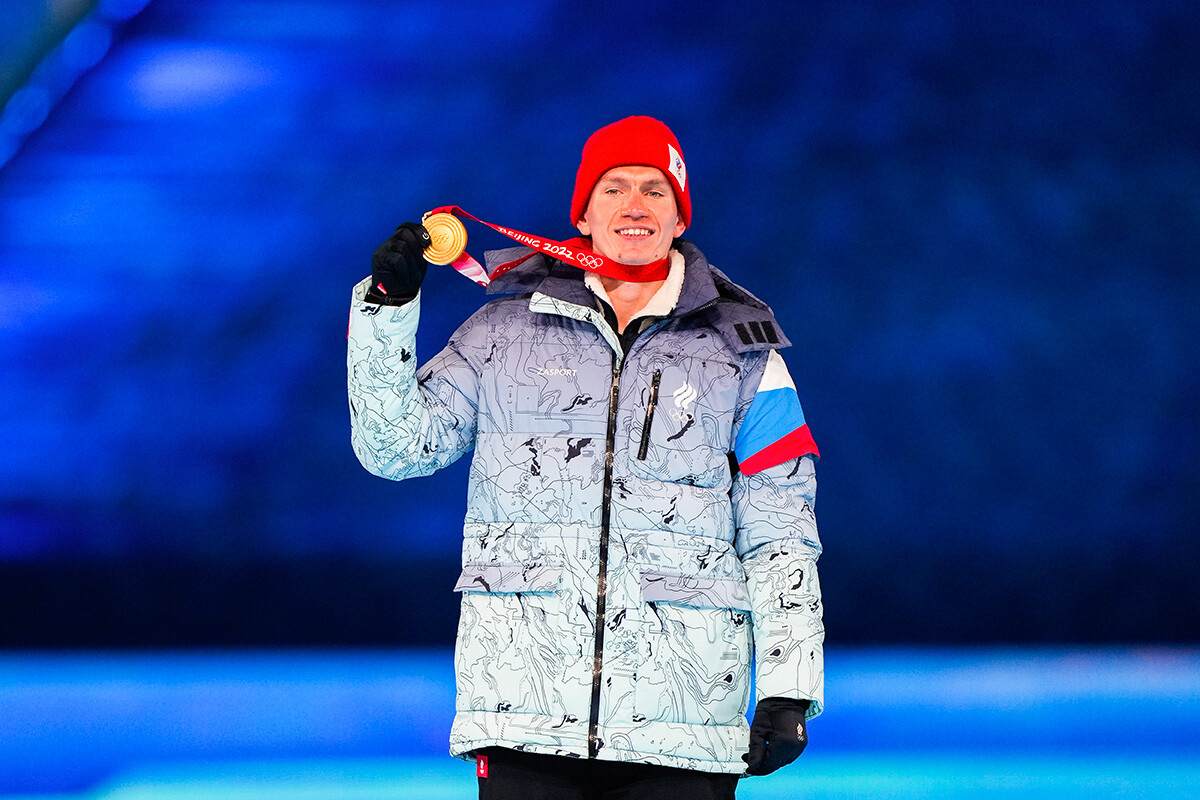 He is the first skier in history to have won five medals at one Winter Olympics. It was 25-year-old Alexander’s second participation at the Games: in 2018, he won a bronze and three silver medals and, in Beijing, he managed to win three gold and two silver medals, including in the cross-country team relay and skiathlon.

Bolshunov is one of the most awarded Russian athletes, who has twice won the FIS Cross-Country World Cup and the Tour de Ski. 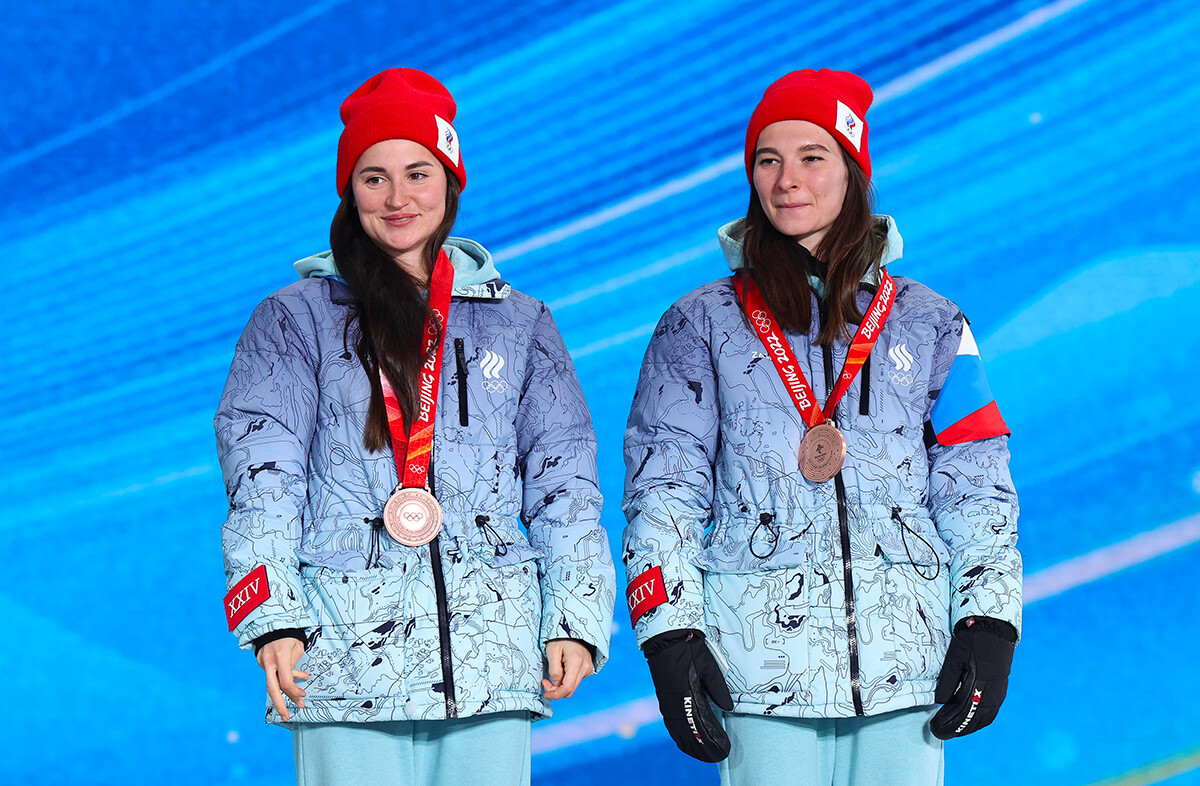 At Beijing 2022, Nepryaeva won silver in the 15-kilometer skiathlon, gold in the 4×5 kilometer relay and bronze in the team sprint classical, together with Yuliya Stupak, Tatiana Sorina and Veronika Stepanova. The women’s team won the ski relay at the Olympics for the first time in 16 years.

But at the 8-km-mark of the sprint freestyle event, Nepryaeva left the race. “She felt that there was no chance of medals and she decided to take care of her health,” as Olympic biathlon champion Alexander Tikhonov commented. 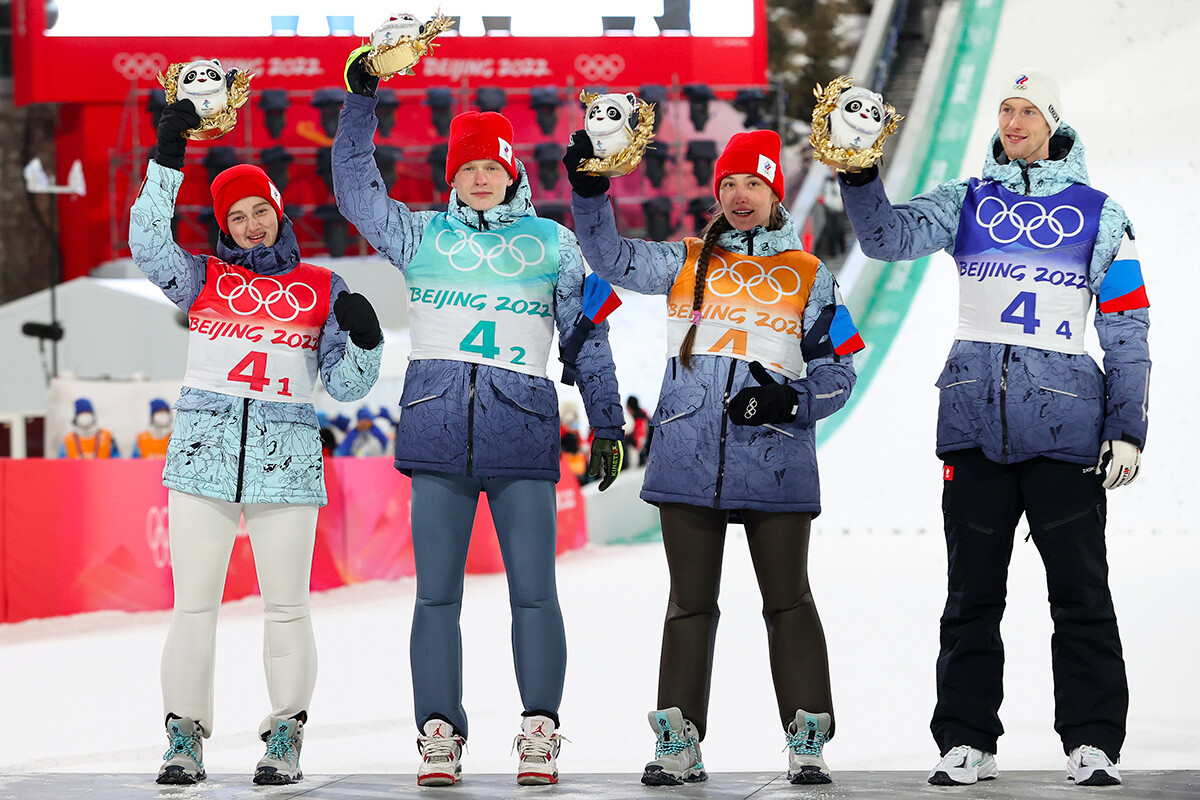 Russian athletes during the flower ceremony for Mixed Team Ski Jumping Final Round.

Ski jumpers brought Russia a silver medal in the mixed normal hill team event. Although the mixed discipline itself is new at the Olympics (athletes previously only performed in men’s or women’s teams), Russians always took part in ski jumping, but without success. Until Beijing 2022, which also marked the first Olympic medal in this sport since 1968! 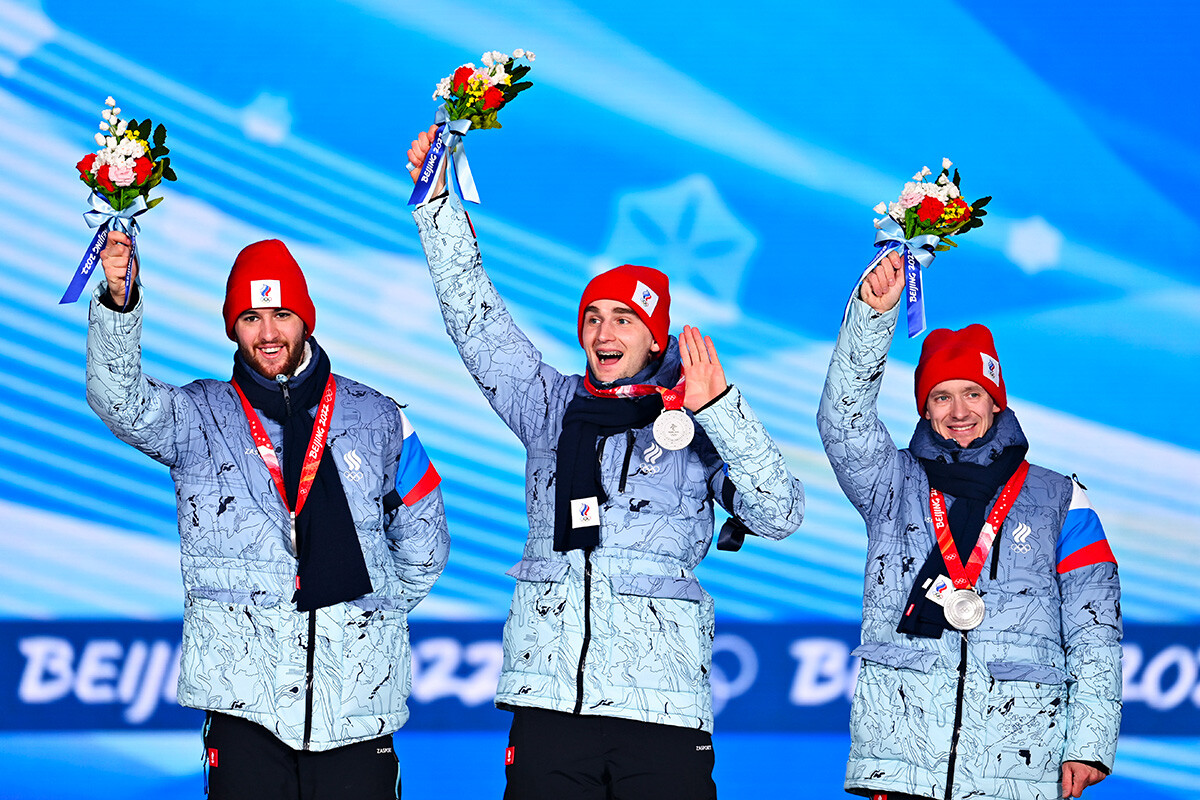 Russian speed skaters won the first ever medal for the country in the men’s team pursuit by becoming Olympic silver medalists. By the way, Zakharov was also the 2014 Winter Olympic gold medalist in short track. 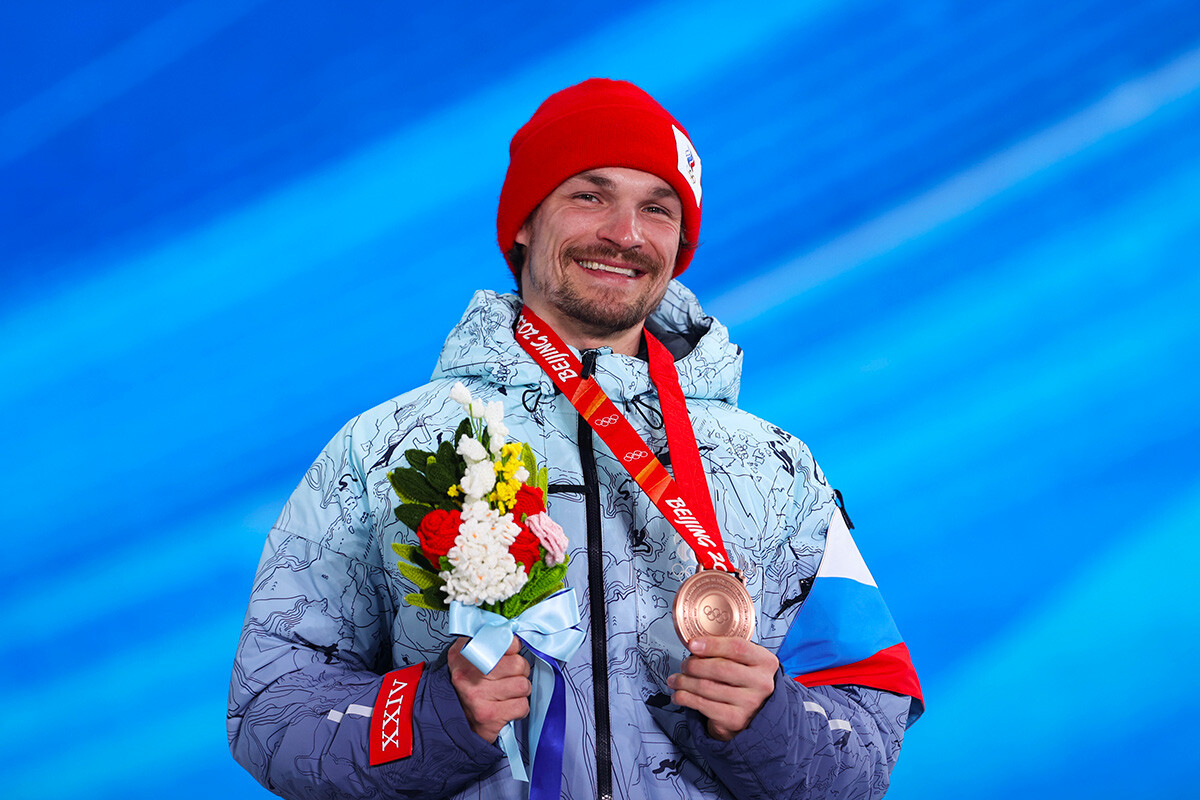 Also a Sochi 2014 gold medalist, American-Russian Vic Wild hadn’t shown any outstanding results in snowboarding in the eight years since. But, at Beijing 2022, the 35-year-old athlete suddenly found himself back on the Olympic podium with a bronze medal in the men’s parallel giant slalom event, even beating three-time world champion Dmitry Loginov. And this was the only Russian medal in snowboarding! Excellent result!