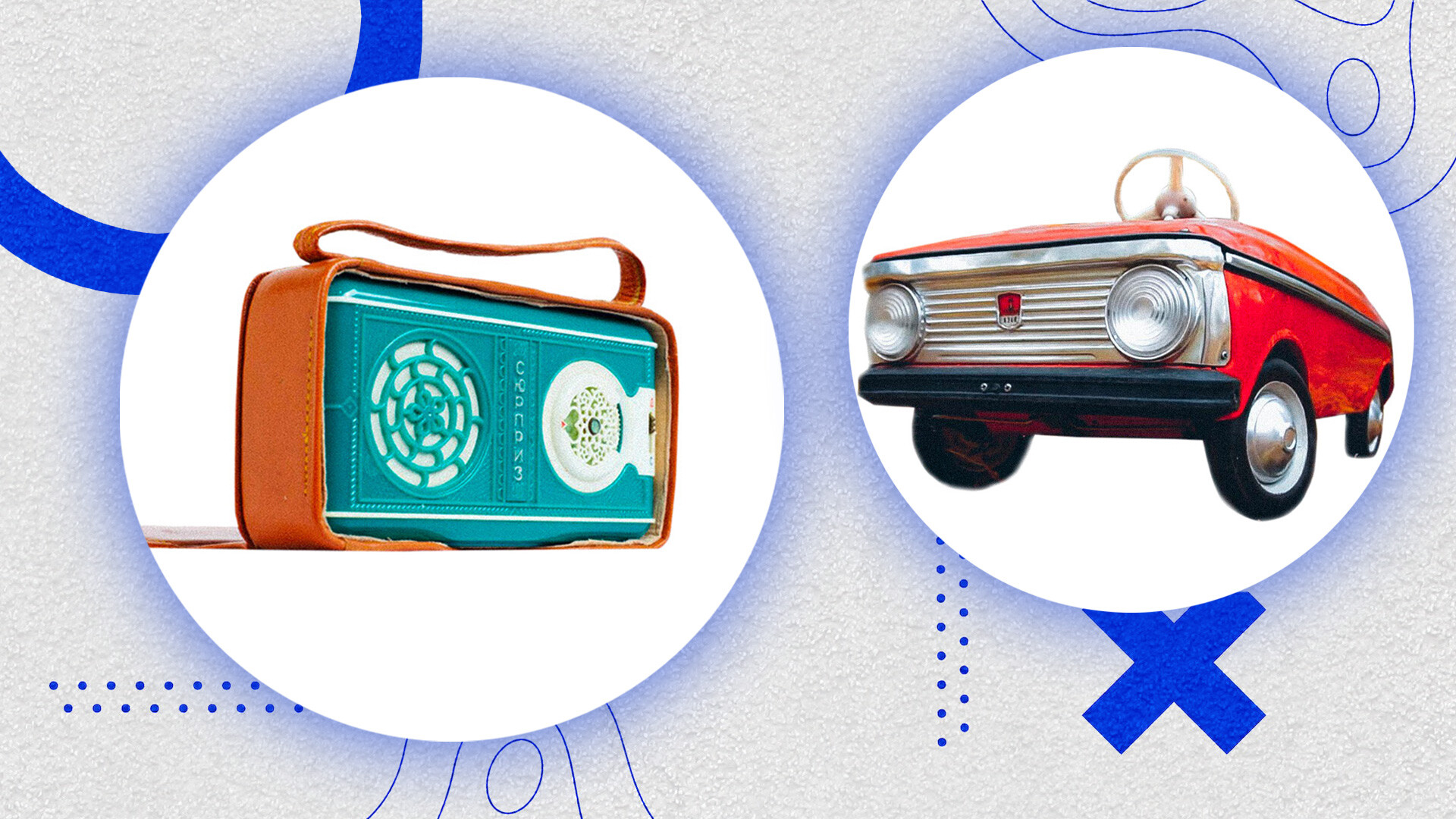 Russia Beyond (Photo: Moscow Design Museum)
Officially, there was no such thing as ‘design’ in the USSR. However, in the 1960s talented Soviet constructors and engineers were trying to make everyday life of Soviet people better. Their creations were quite futuristic, but were functional and served several generations of people.

In the 1950s, millions of Soviet people got their own apartments, due to the massive ‘khrushchevka’ construction boom. In this post-war time, authorities were trying to modernize the industries and arrange easy and mass production of multiple goods according to each factories’ capabilities. In the 1960s, mass products became available and designing them became a part of the state program. All the goods invented in the 1960s saw great popularity and, in the 1970s, were even exported. Below you will find some of the most peculiar items of everyday householding. 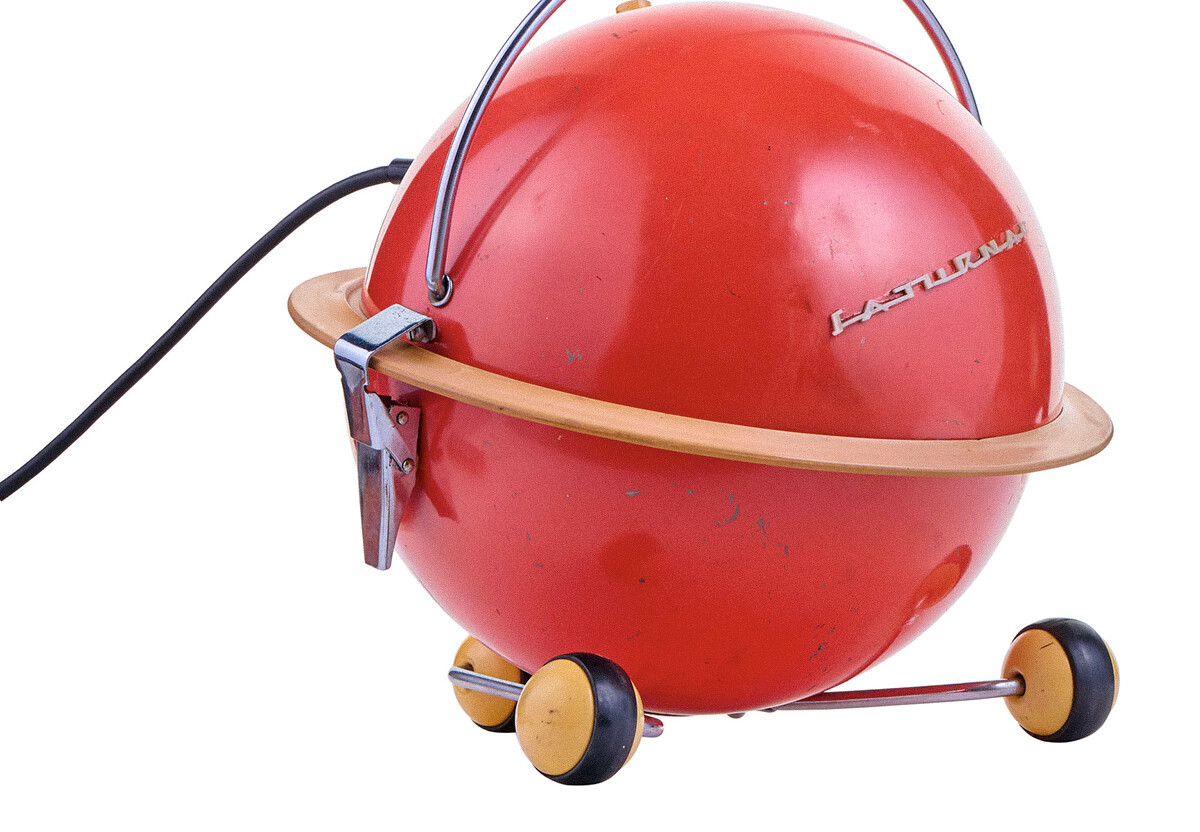 In the 1950s, a mass production of vacuum cleaners began. Usually, they were produced at heavy industry plants additionally to their main outputs. First, the vacuum cleaner designs were inspired by Western models, but Soviet aesthetic engineers also worked on their own versions and functions. Inspired by the U.S. Hoover ‘Constellation’ cleaner, the ‘Saturn’ vacuum cleaner was produced at the Vilnius Plant of Welding Equipment in Lithuania. 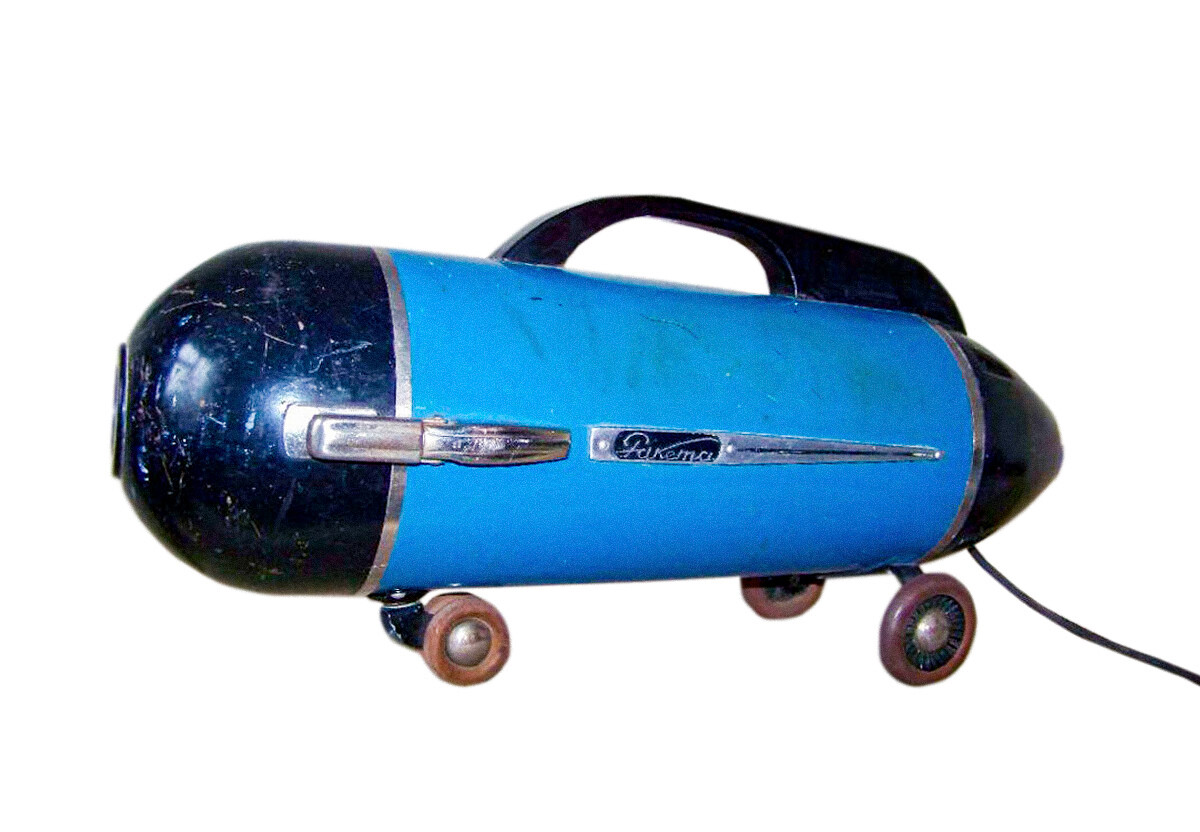 You can probably still find the very popular ‘Raketa’ vacuum cleaner in some storage rooms in old apartments (and probably some of them still work). ‘Raketa’, which echoes a rocket in its design, was quite powerful, but being made of metal, it was pretty heavy. However, it meant that it just couldn’t be easily damaged. It was produced at the Dnepropetrovsk aggregate plant which, for some time, was even making details for aircraft engines - so you can imagine the quality!

The main thing about Soviet vacuum cleaners is that they had an opposite function - blowing - and were very popular in this sense. One could whitewash ceilings, spray plants against pests and carpets with naphthalene - and all these functions were stated in the instructions. 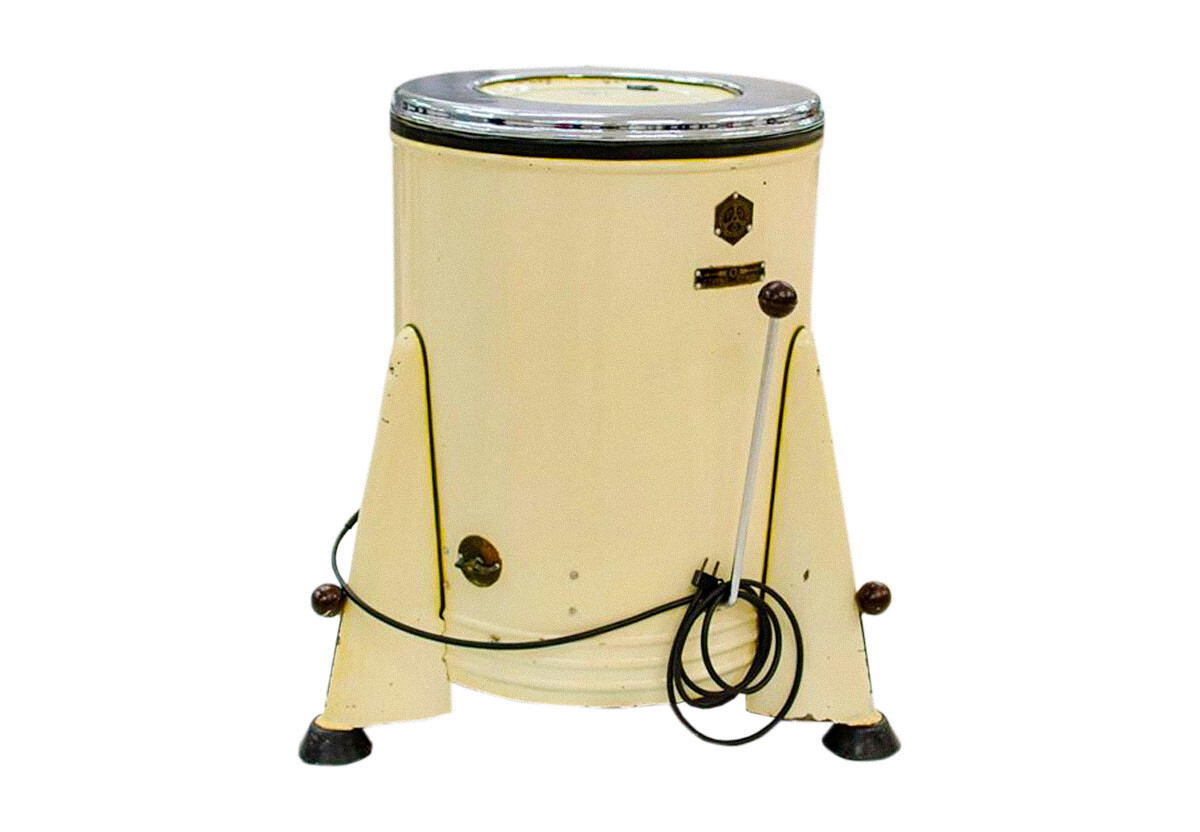 The Riga Electromechanical Engineering Plant was mostly busy with producing equipment for electric rail transport (trains, trams, subways). However, it was also among the very first in the Soviet Union to create a washing machine (which resembles some kind of spacecraft, doesn’t it?). 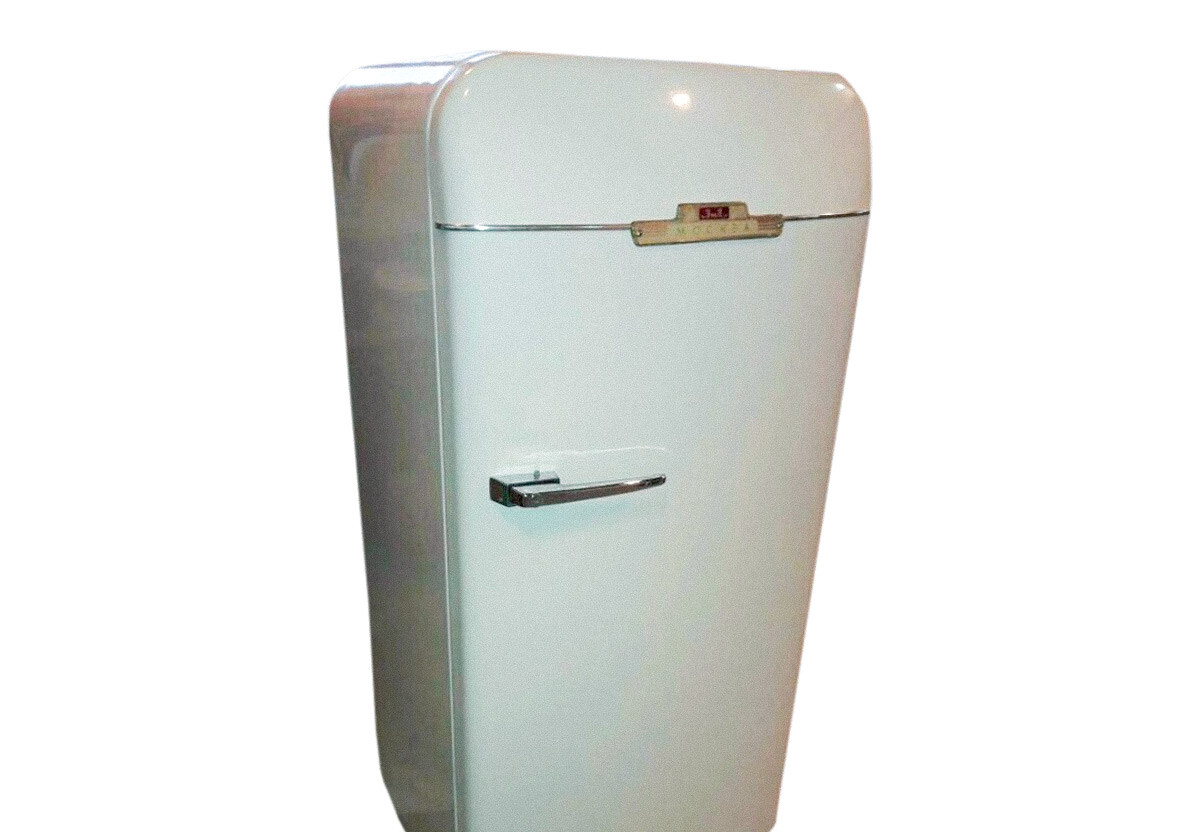 The ZiL was every Soviet housewife’s dream and served for ages, with people wittingly calling it ‘unkillable’, just like many other Soviet devices. Now they’re considered retro chic and you can still find ZiLs “decorating” peoples dachas and country houses.

These fridges were produced at the legendary Likhachev plant, which mainly was busy with making automobiles, trucks, buses and military vehicles. From 1951 to 2000, the plant made 5.5 million fridges, so many people in Russia (and especially in Moscow) had them. 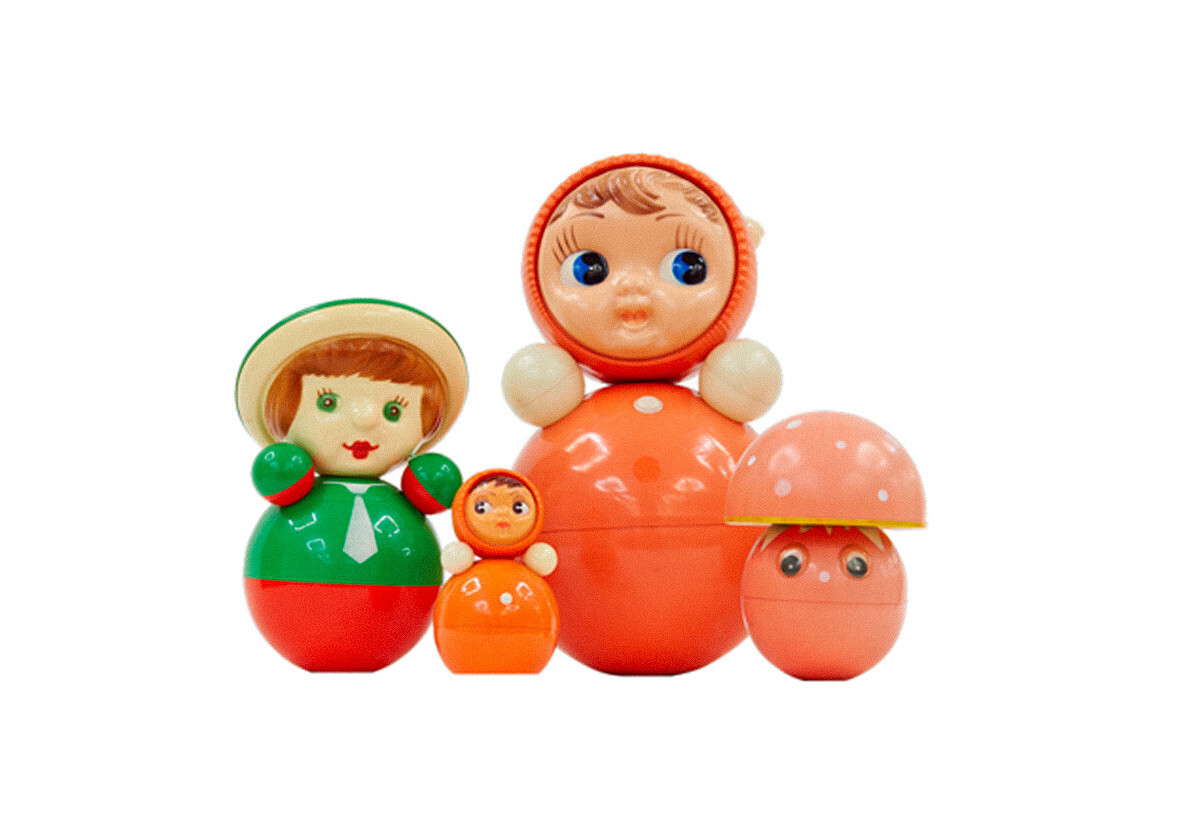 How are these Russian dolls connected with gunpowder? Easy! They are produced at a gunpowder plant! One of the USSR’s most popular toys, a roly-poly doll. In Russian, it is called ‘Nevalyashka’ (from the words “not fall”) or ‘Vanka-vstanka’ (“Ivan, stand up”).

In 1958, the plant decided to use celluloid, a waste product from gunpowder production, as a material for the dolls. Thus, the formidable enterprise that supplied the country with gunpowder during World War II, also began to produce iconic Russian toys that still delight children around the world. 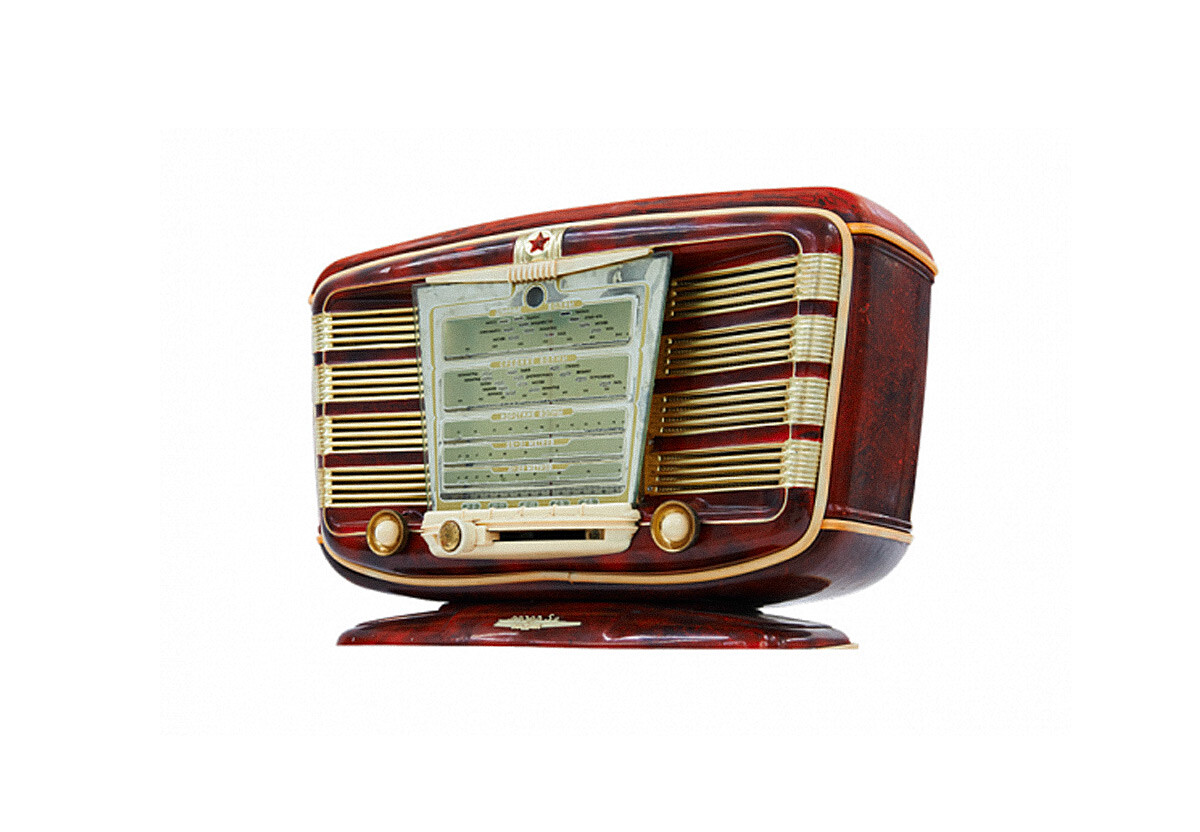 There are two versions of how the ‘Zvezda’ (“Star”) radio appeared. The first one says that it was designed in 1952 especially for giving as gifts to foreign diplomats and sending abroad, but, after Stalin’s death, they were sent into mass production.

Another, more realistic version is that Soviet diplomats brought a French ‘Exelsior - 52’ radio and Soviet engineers made their own device based on it. From 1954, it was produced in two factories - Kharkov Kommunar Plant and Moscow Machine-Building Plant and was considered to be extremely fashionable. 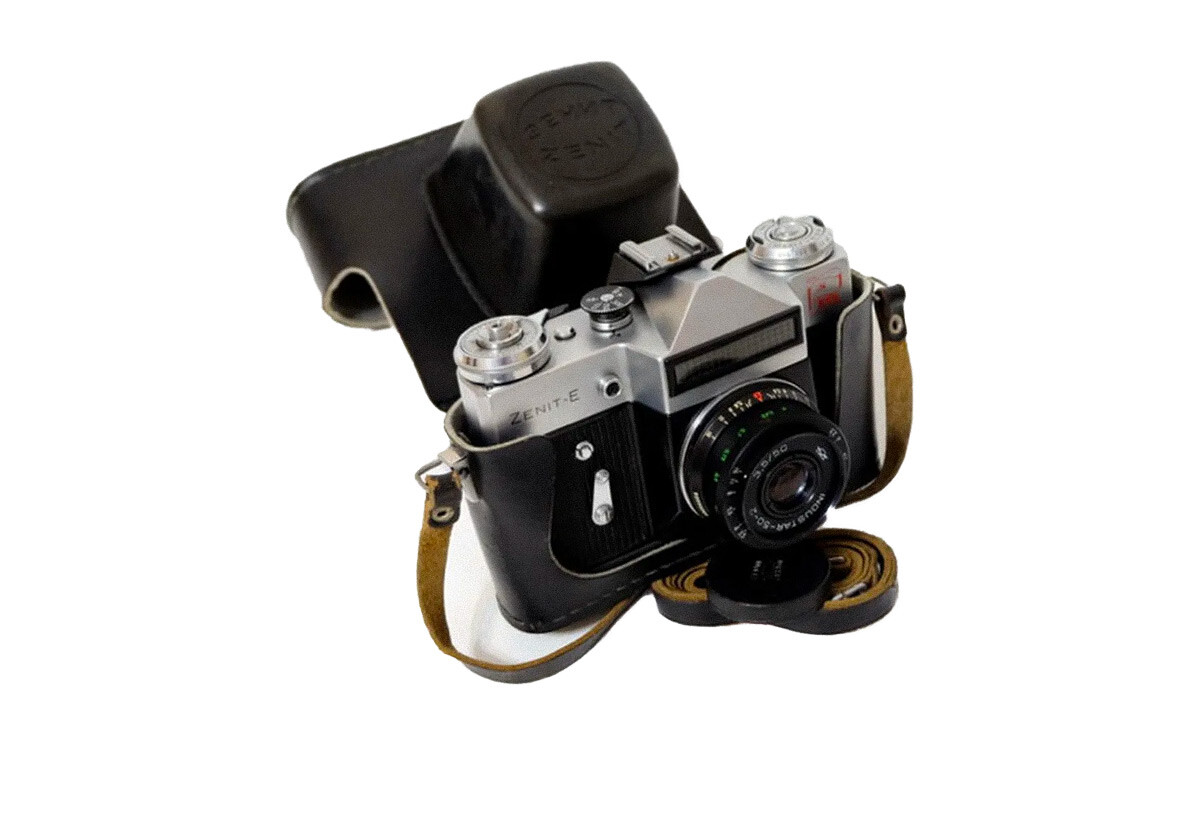 With a rather modest price tag, ‘Zenit’ was durable and had a great optic, so it was extremely popular not only in the USSR, but also abroad. The production started at the Krasnogorsk Mechanical Works, which was in charge of optical and mechanical needs for the army, including gun sights and aerial cameras. After World War II, the plant issued a copy of the legendary Zeiss Ikonta camera and then launched its own production of the Zenit single-lens reflex camera, making several million. 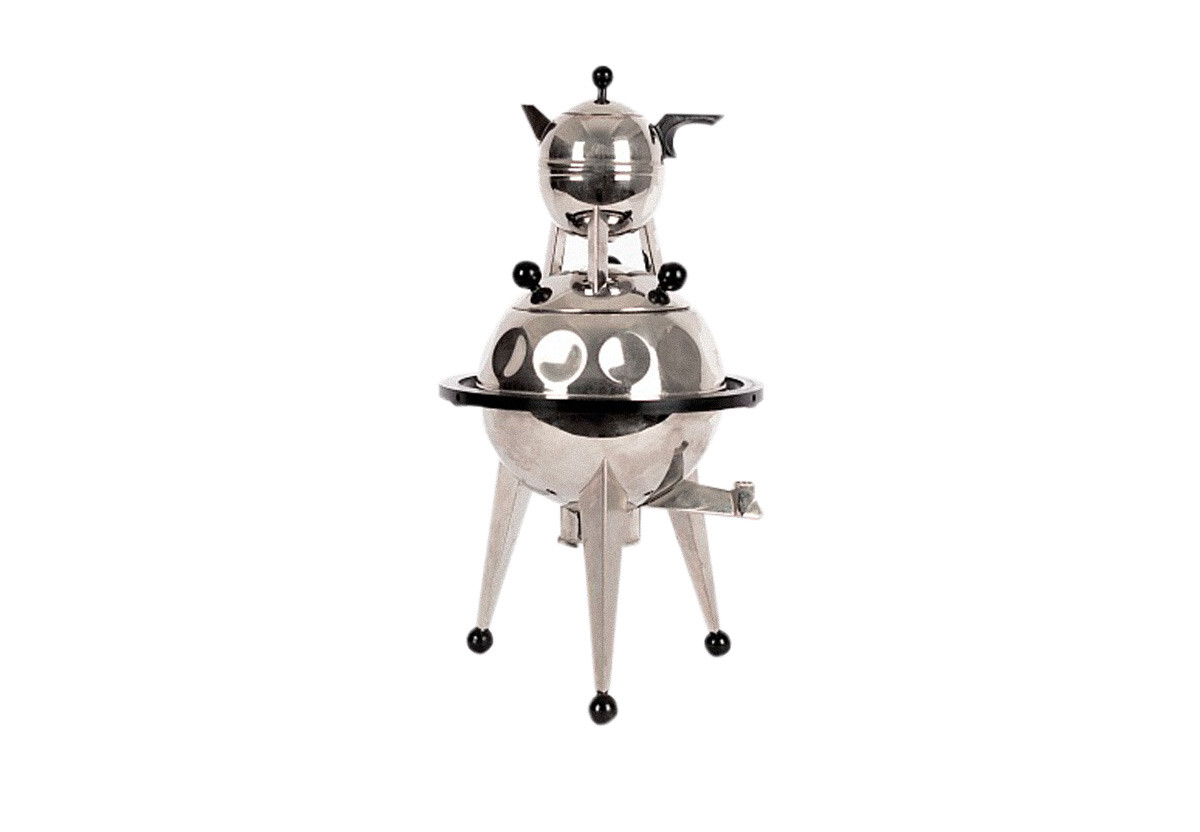 Russian and Soviet people just can’t live without tea, but the old fashionable tradition of samovar required a lot of time and effort (read more here). In Soviet times, the Suksun Optical & Mechanical Plant in the Urals had for a long time been producing medical equipment and protective glasses and masks for metal workers, turners, fitters, welders and others. But, in the 1970s, the plant decided to pay tribute to its tsarist past when it produced old samovars from metal - and a local designer Konstantin Sobakin created such a “cosmic” design that was issued in a limited number of copies. 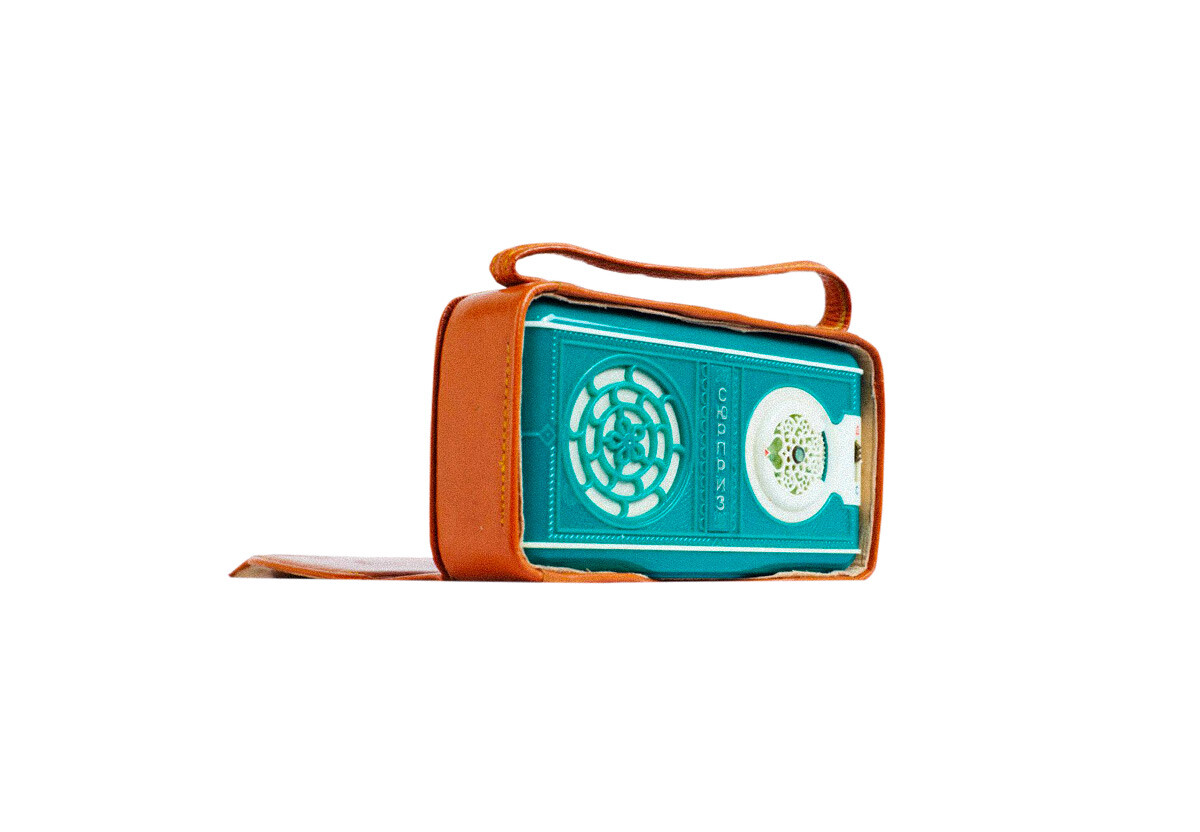 This small leather purse is a ‘Surpriz’ radio that has been produced by the Saratov Radio equipment plant  named ‘Znamya Truda’ since 1958. It worked on batteries and could play back sound for about 15 hours. 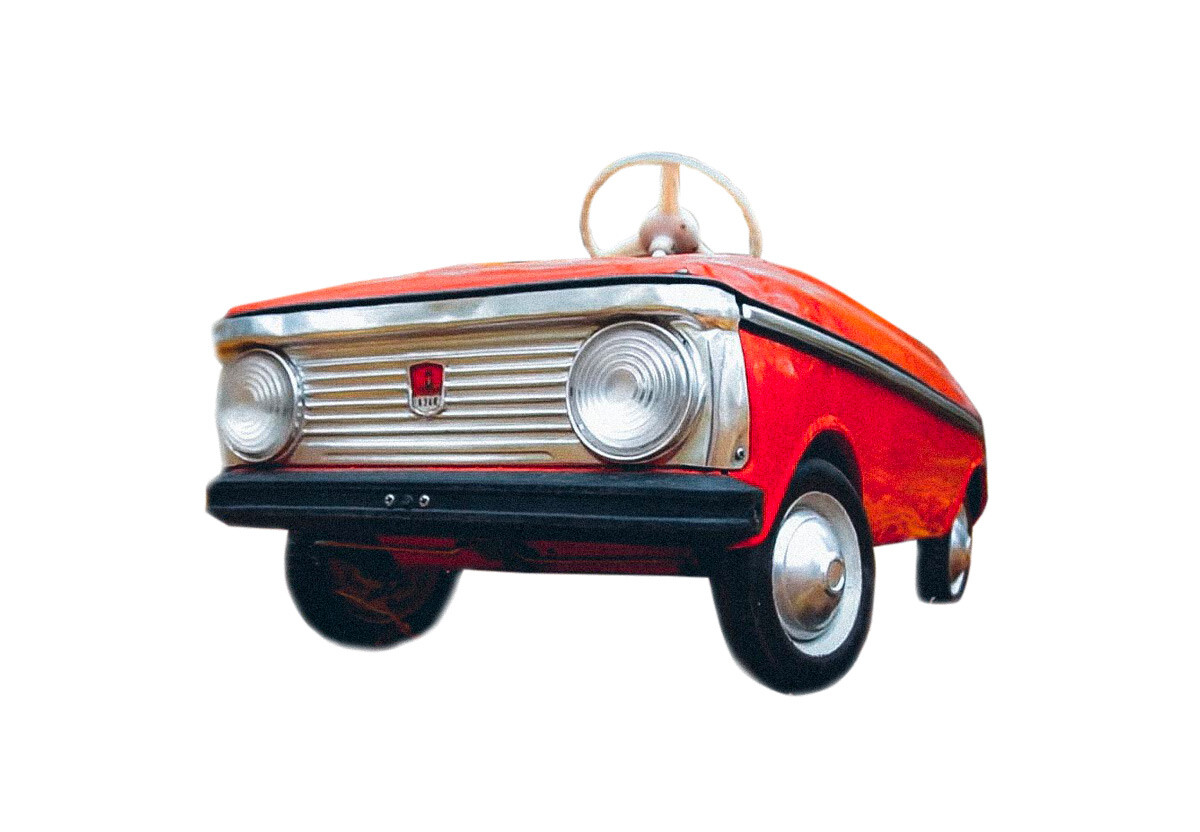 There were dozens of models of pedal cars for children: ‘Moskvich’, ‘Raketa’, ‘Pobeda’, ‘Raduga’, etc. And some of them were produced at real automotive factories, for example at Moscow’s AZLK (maker of the ‘Moskvich’). They were for sure every Soviet kid’s dream (check out more pictures of them here.)