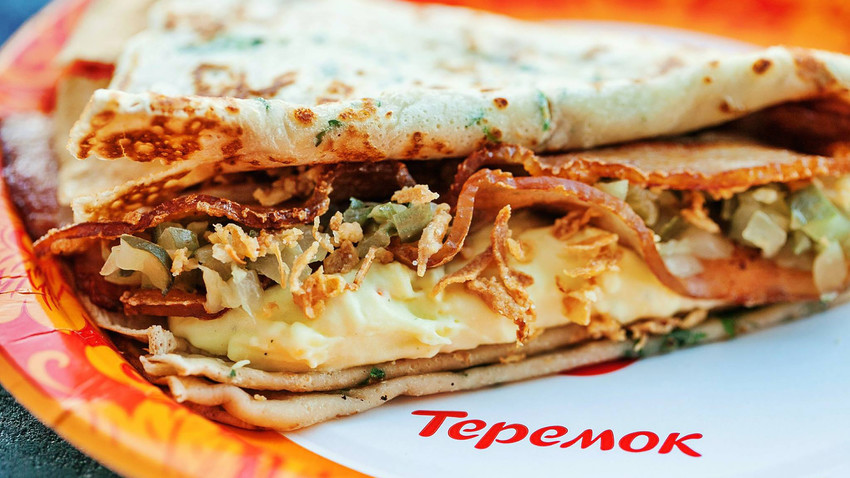 Teremok
Do you know that you can try genuine Russian pancakes in New York City?

Russian fast food pancake chain Teremok opened to the delight of locals in New York in 2016. And this year Business Insider includes the “McDonald’s of Russia" in its list of restaurants serving the best dishes of 2017 in its “The 9 absolute best things to try right now.”

Pancakes enter the list alongside some local sandwiches, chicken fingers burgers. “Russia has been on America's mind this year; and now, it has been on our plates,” writes Business Insider, highlighting as favorites “Butcher Block” blini filled with mashed potatoes, bacon, fried onions, and pickles and the caviar-stuffed “Red Star” blini.

“Basically, 2017 was the year we learned to stop worrying and love the borscht,” the financial news website writes.

Teremok founder Mikhail Goncharov says he is proud that Americans like their pancakes. “New York guests are only starting to get used to dishes that are classic for us, but exotic for them, such as herring under fur, Olivier salad, dumplings, and borscht,” he said.

Goncharov notes that Teremok’s fundamental principle is avoiding dyes and preservatives and cooking only fresh food. He has also said that the restaurant is open to customer suggestions. “This summer due to numerous requests we’ve included BBQ Chicken and BBQ Pork blini in our menu, and they instantly become popular.”

If you‘re unable to visit Teremok either in New York or in Russia, read our 3 unusual pancake recipes and cook them yourself!