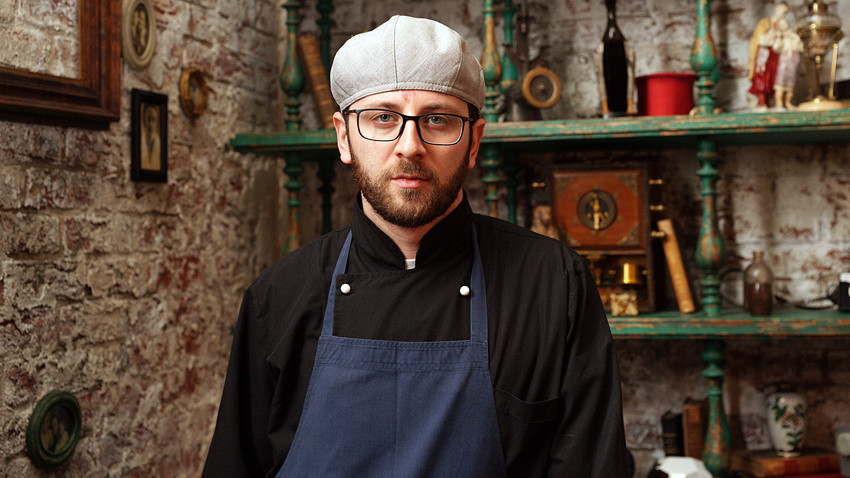 Press Photo
Okroshka soup is a summertime favorite because you use all the fresh veggies grown at your dacha, as well as sour cream or kvass! That last bit freaks out some foreigners. One Georgian chef, however, has his own take on the recipe that you might find more appealing.

Tbilisi native Mamiya Jojua, who now heads the kitchen at Kazbek restaurant in Moscow, never planned to pursue a career as a professional chef. As a boy, he helped his mom out in the kitchen of the family cafe, but it was always just that - his mom's cafe.

When he moved to Germany to get a higher education, Mamiya needed to find a job to support himself. So he decided to do what was most familiar - he went to work in a restaurant.

After stints in a few Italian restaurants, and then alongside a German Michelin star chef, Mamiya learned what discipline in the kitchen looked like. Upon returning to his hometown in 2011, Mamiya decided to try his hand as a professional chef, and managed to work in a few special projects, as well as teach Italian cuisine and become the brand chef at Ambassadori Hotel. In 2016, Mamiya started the Moscow chapter of his life. 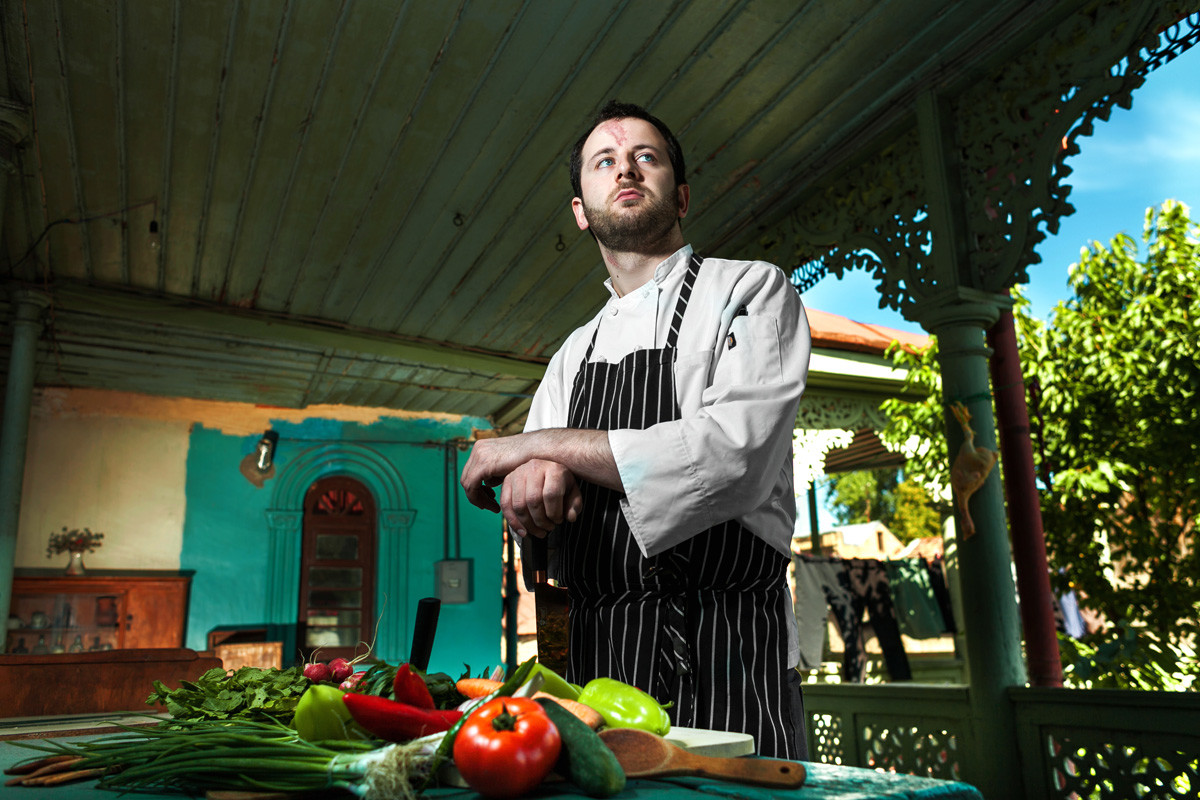 In 2016, I came to open the restaurant Kazbek. Andrey Dellos [a famous Russian restaurateur] came to Georgia to choose a brand chef, and to my luck, he liked my degustation set out of all the others. It was hard to adapt to big city life at first. Tbilisi is very small compared to Moscow, where the locals are more career-orientated, and as a result I think human interaction suffers. But I've adapted, so maybe now I’m a big city guy too! 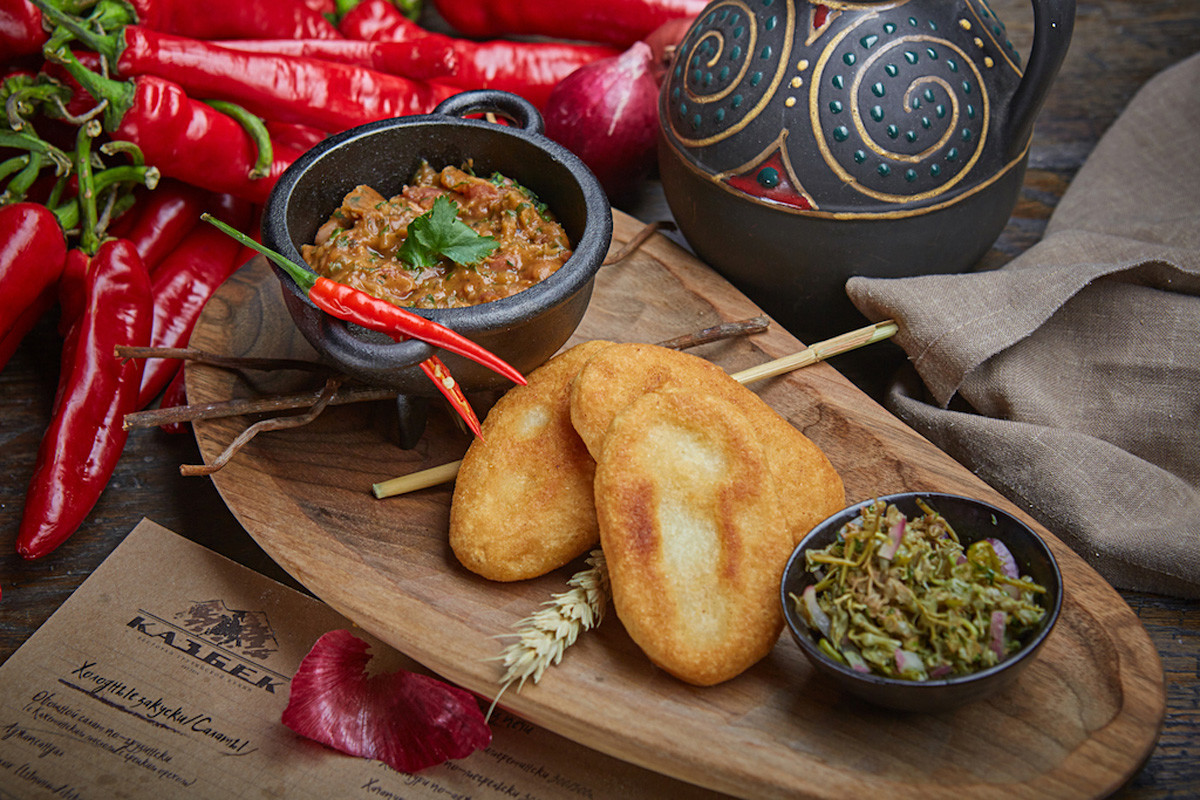 What is your vision of Georgian cuisine?

We want to make this an authentic corner of Georgia in Moscow. For example, a little while ago we had the exhibition of a Georgian photographer here. Kazbek tries to be a place where people not only eat; members of the Georgian diaspora celebrate birthdays, weddings and other culturally important events here. As for food: I’m a big proponent of Tbilisi cuisine. Georgia is a small country, but gastronomically it’s very different depending on the region. I try to take all the different dishes and adapt them to the Tbilisi style. In addition, we have a chef’s table and I insisted that the kitchen in this room have no professional equipment so that guests can recreate in their own kitchen everything they make here. 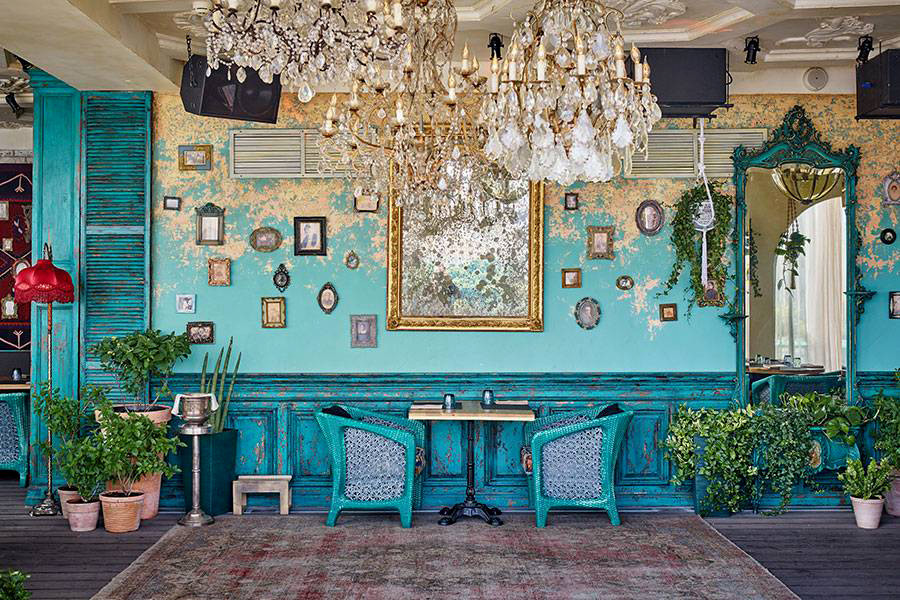 What are your future culinary plans?

I’m still relatively new in Moscow so I try to take part in as many culinary festivals as possible. I never turn down such opportunities because we need to shake up the stereotypes that exist about Georgian food. Georgia is not just a country of mangal and khinkali. So, more than anything I want to develop a modern Georgian cuisine with the dishes I create here, such as khinkali with truffle. 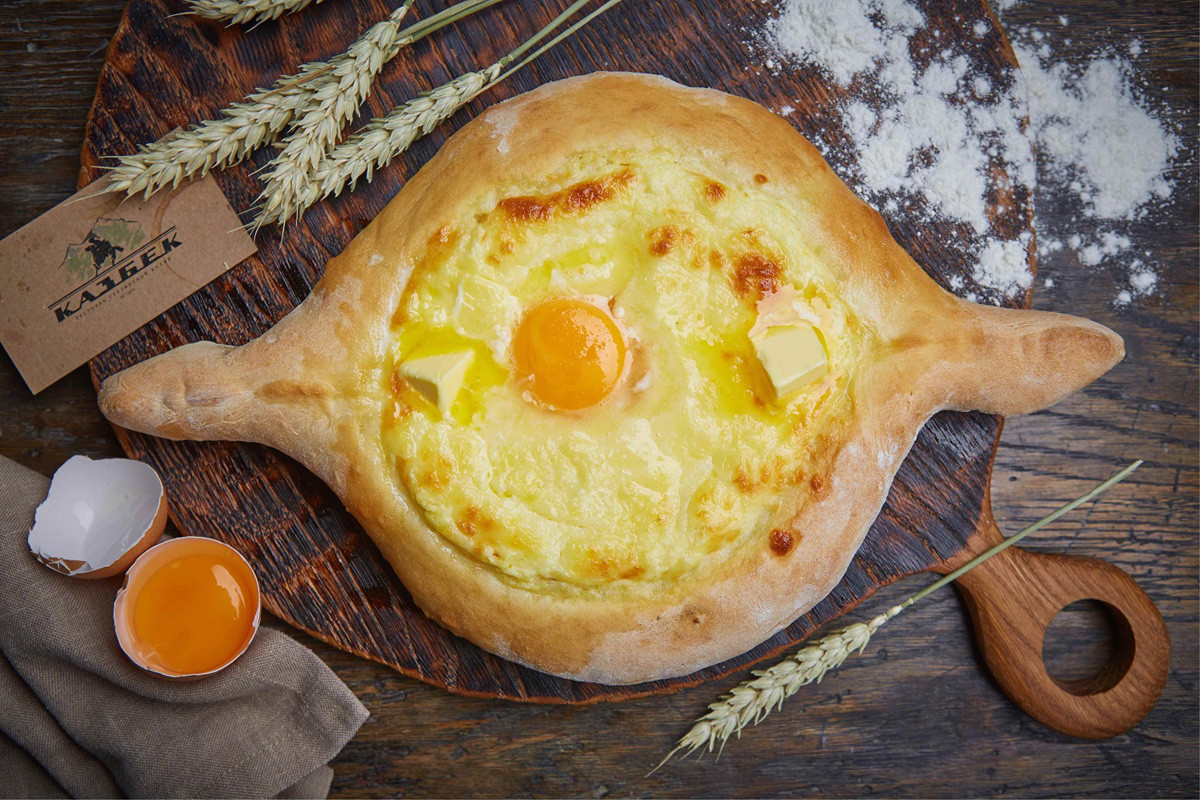 I like it because we have a lot of Russian food in Georgia. Once a week we always had borsch when I was growing up. My whole family loves pelmeni, too. However, I didn’t know anything about okroshka or shchi until I got here. We also can’t imagine New Year’s Eve without Olivier or vinegret salads.

Recipe for okroshka with matsoni 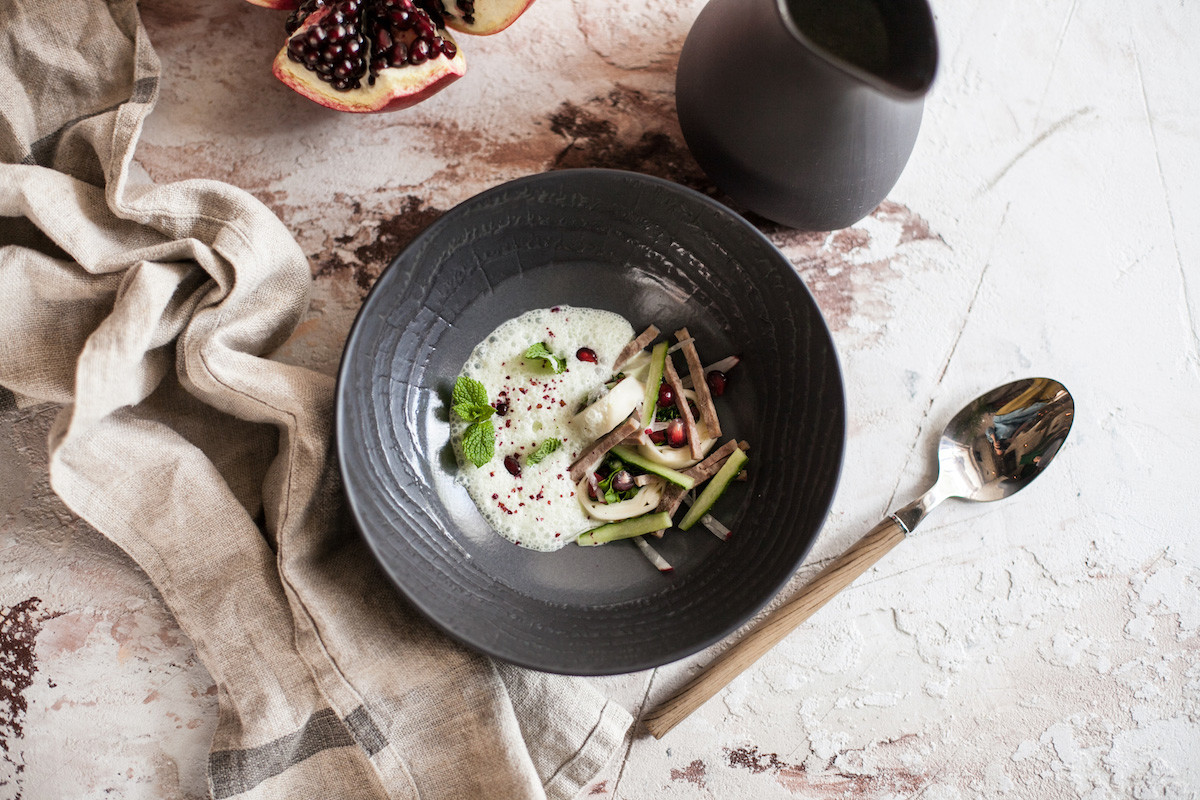 Ingredients for the base:

To make the base, mix all ingredients in a blender. Cut the boiled beef tongue, cucumber and suluguni cheese in thin strips. Peel the skin off the tomatoes, rid it of the liquid and seeds, and then cut into thin cubes. Put the ingredients into a bowl and pour the base over it. Sprinkle the herbs and pomegranate seeds on top for decoration.

In our series “How foreigners change Russian cuisine,” Russia Beyond sits down with Moscow’s most brilliant foreign chefs to talk all things food and to give you, our readers, a special Russian recipe in their own original interpretation that you can easily make at home!