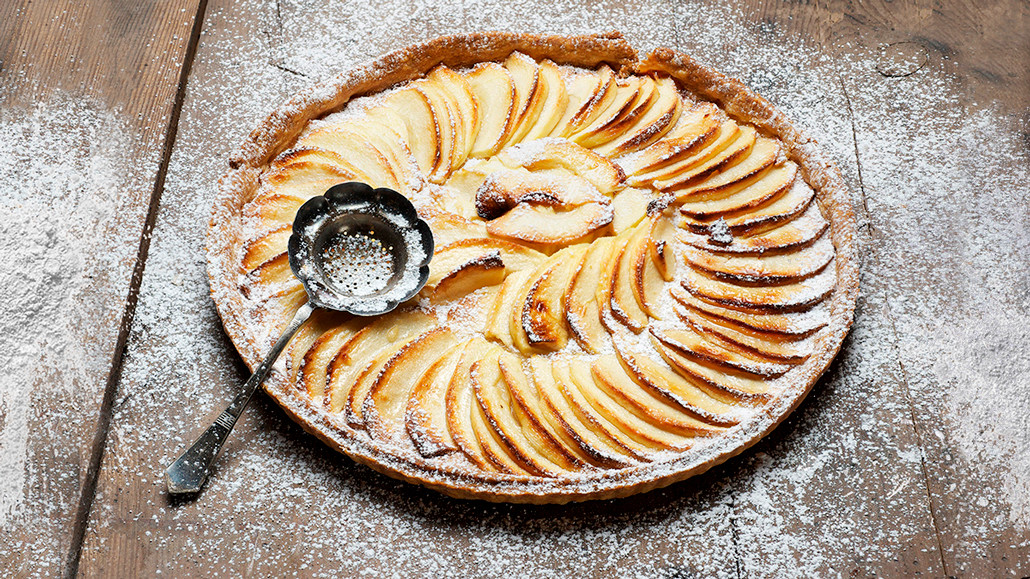 The best apple varieties for Tsvetaeva apple pie are Antonovka or Bogatyr, which can be picked in late autumn. These apples have a slightly sour taste, which goes so well with the thin shortcrust pastry and delicate double clotted cream.

The pie was loved by the family of famous Russian poet Marina Tsvetaeva, although it’s not known for sure who was the first to come up with the recipe. What is known is that as children, Marina and her sister Anastasia spent their holidays at a dacha in Tarusa (in the Kaluga Region). According to one theory, the sisters baked the pie themselves, which is unlikely, since Marina's own admission, she could only write poetry and was completely useless in the kitchen. According to another theory, which sounds more plausible, the pie came from the ' neighbors.

In her memoirs, Anastasia recalls a large cozy garden with apple trees and a veranda, where there was always a samovar on the ready and the table was laid with sweet pies made with delicious sour cream. Indeed, sour cream is the most important ingredient of the pie, along with apples.

Tsvetaeva herself was born on one of those apple-scented October when the sky is motionless and fallen leaves are blanketed by the first frosty fog. That is why Russian fans of Tsvetaeva's poetry usually celebrate her birthday by making her favorite apple pie. 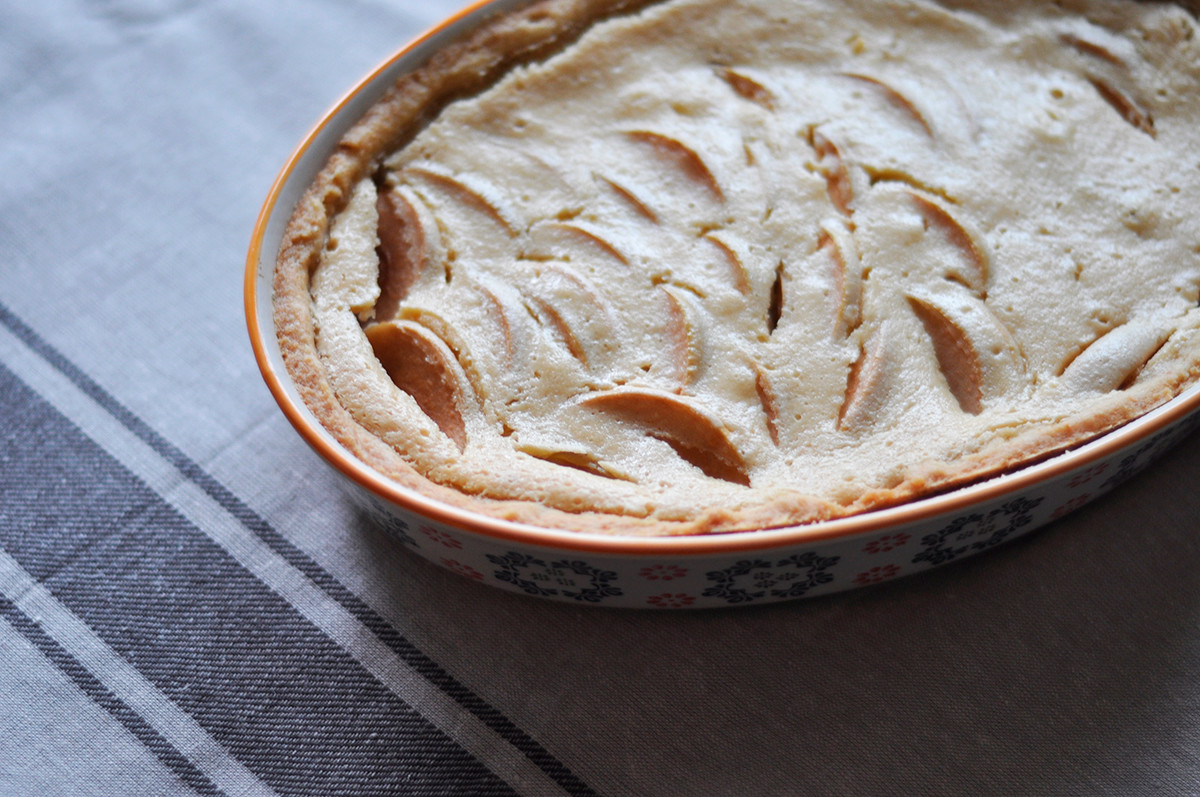 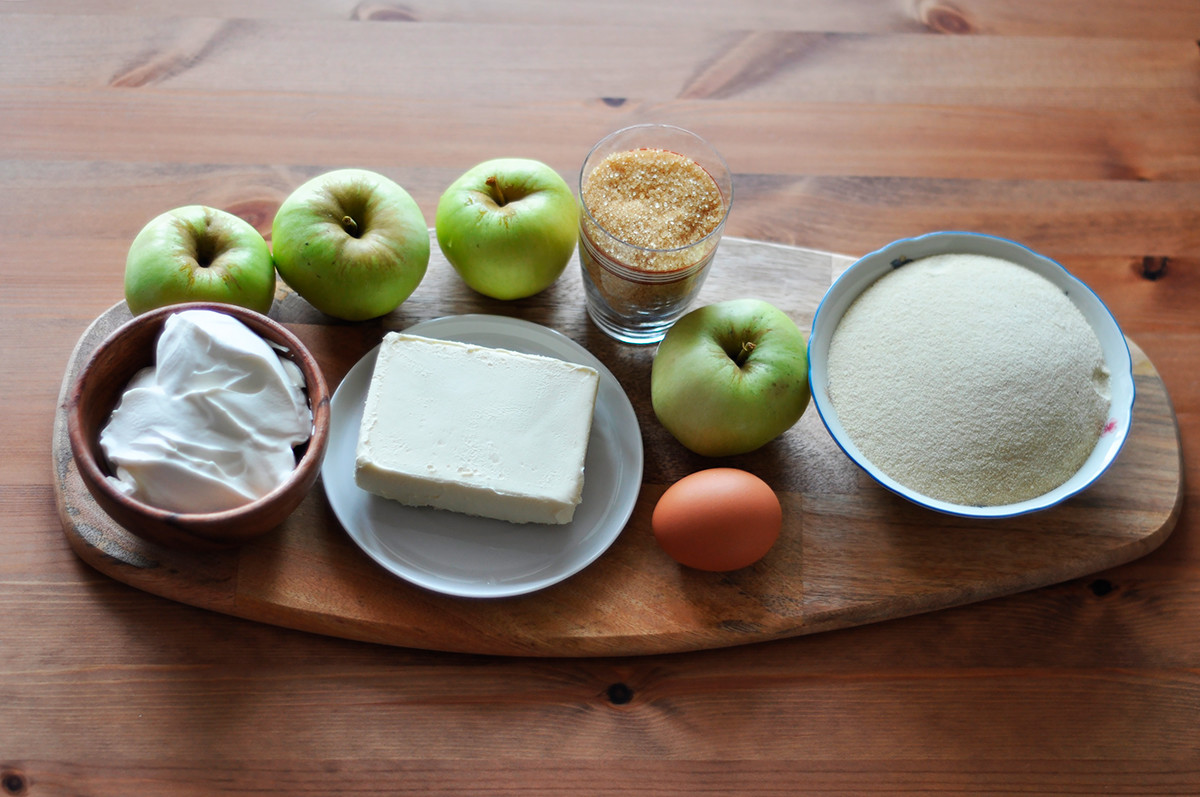 1. We'll start with the pastry. The most important thing is to choose rich sour cream. Back in Tsvetaeva's day, they probably used homemade sour cream from local cows, but these days sour cream from an ordinary supermarket will do. The main thing is that it must be thick. It is this type of sour cream that makes shortcrust pastry tender, light, and rich 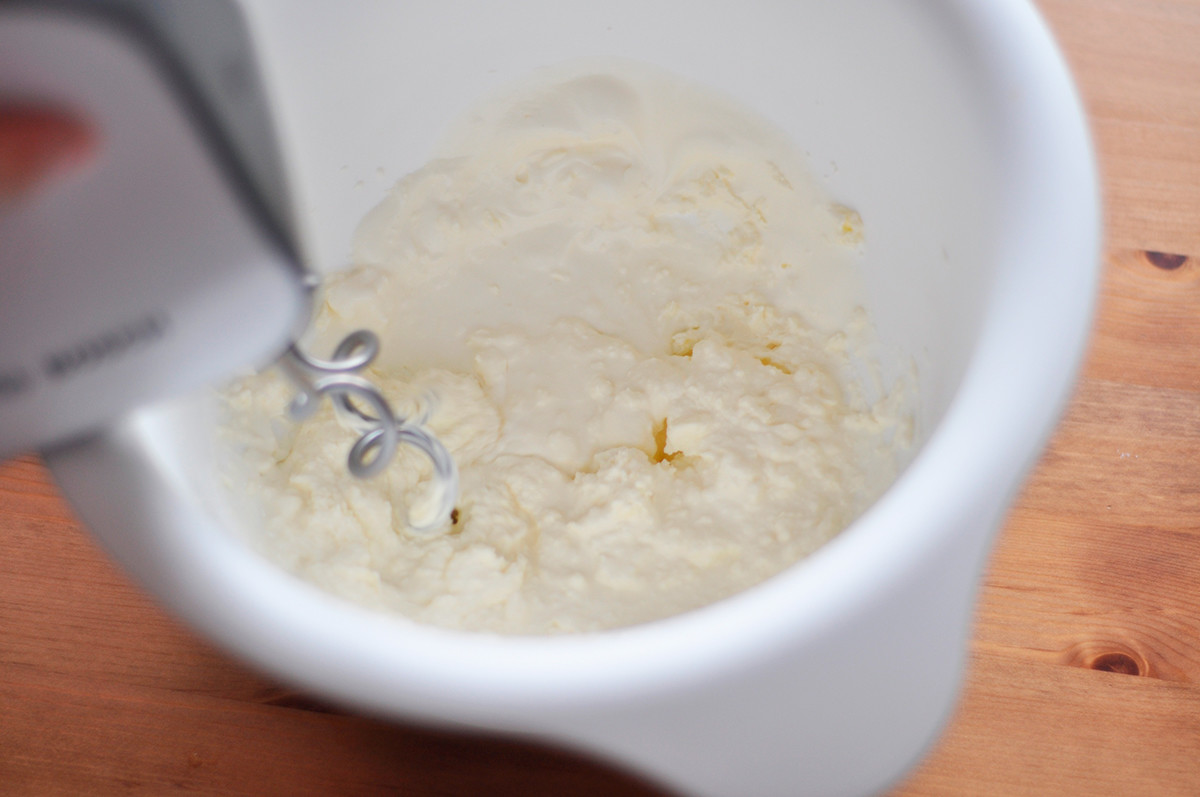 the sour cream into a deep bowl, add room-temperature butter, and mix it with your hands or a mixer until the ingredients are completely incorporated.

2. Sieve the flour (whole-wheat or durum wheat flour works well for this pie), and add the baking powder (or baking soda with lemon juice). Depending on how thick the sour cream is and on how much there is of it, you will need from 1 to 1.5 cups of flour. The pastry does not need to be stirred for a long time, but it must be homogeneous and not stick to your fingers. 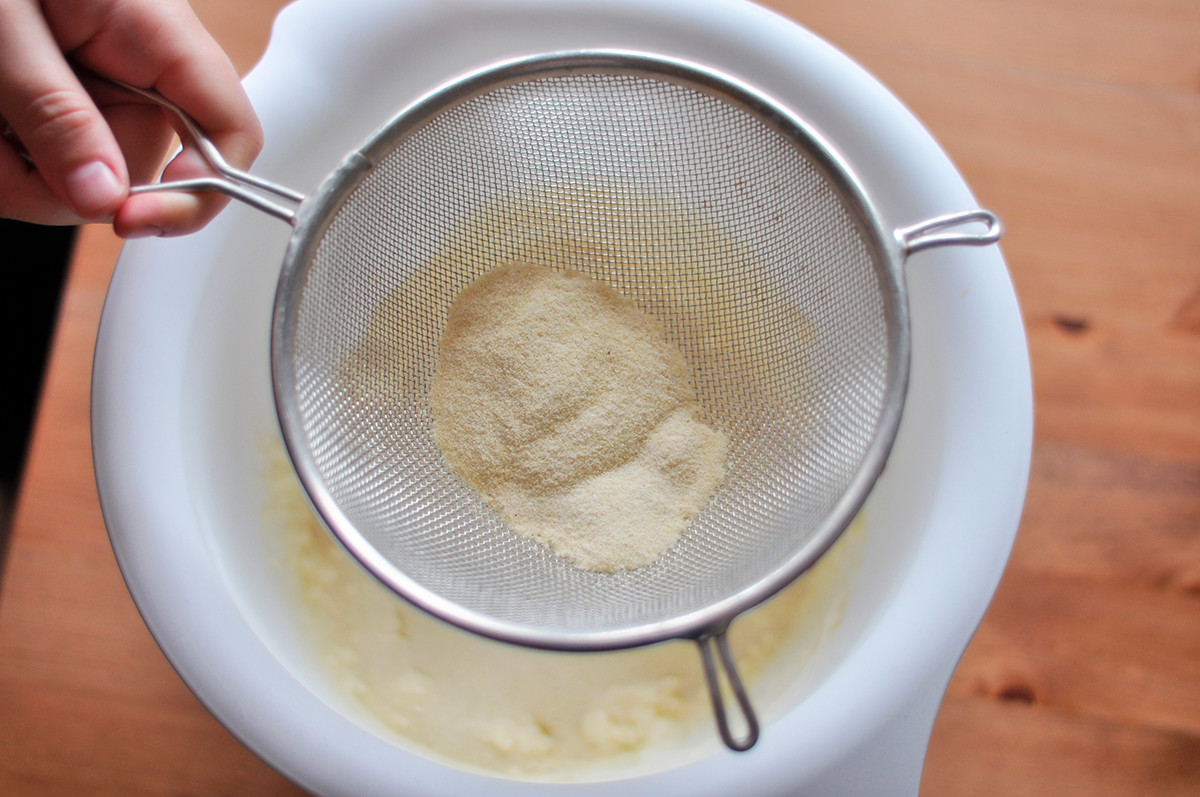 3. Line a tart tin with the soft pastry, not forgetting about the sides (5-6 cm high). It is best to roll out the pastry thin. 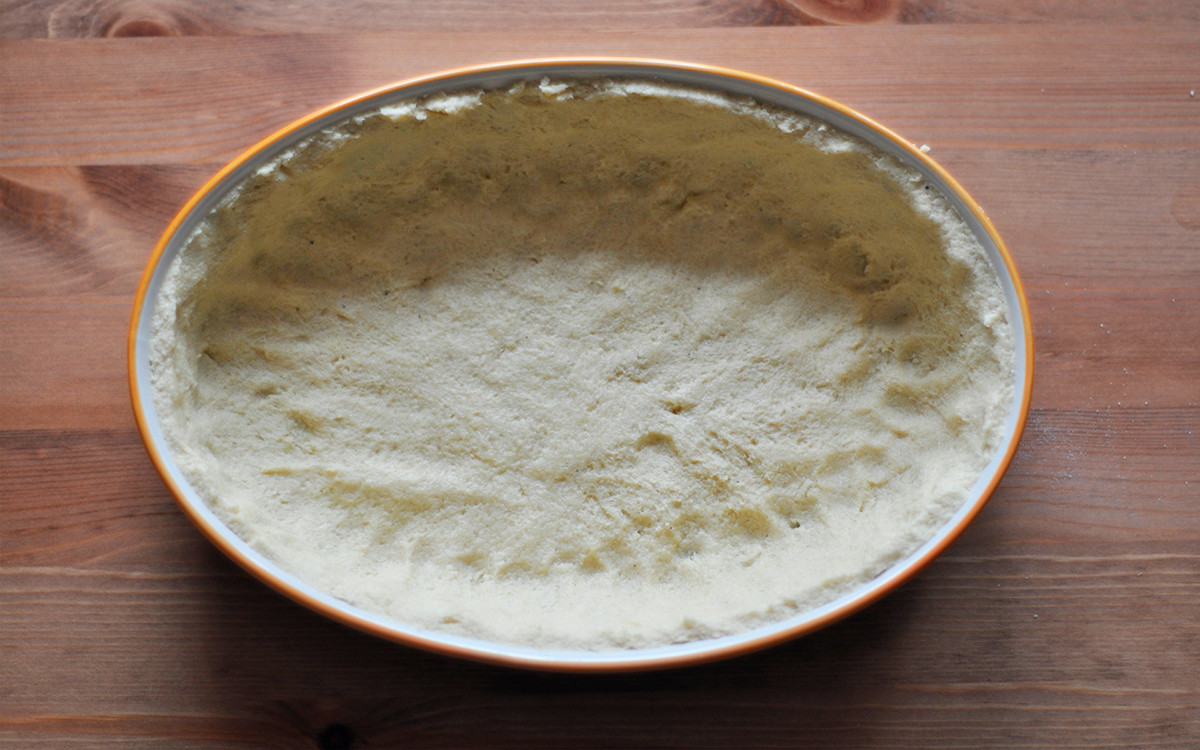 4. Core and slice the apples, there is no need to peel them. Arrange the apples in the tart tin, row after row (you can have several layers), but don't make them too tight. 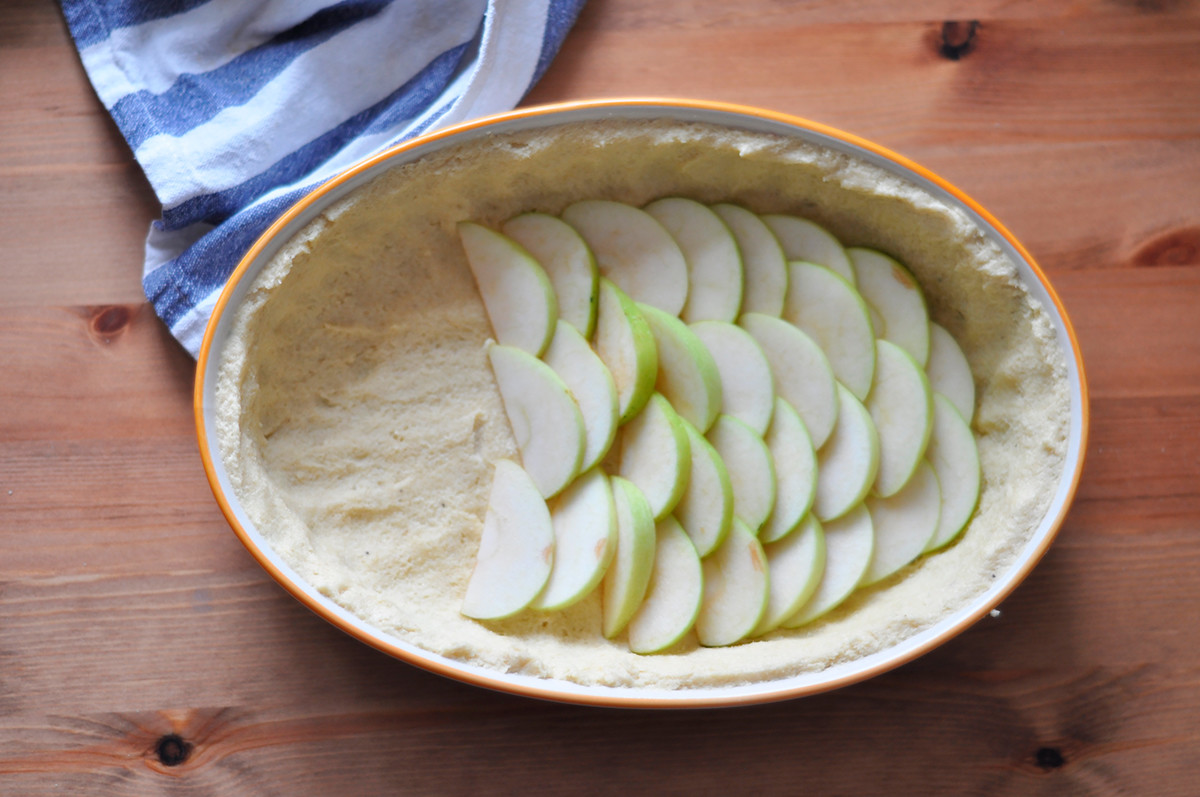 5. Now let's make the cream. Mix the sour cream, sugar, and egg in a bowl with a mixer, then add the flour. Pour the cream over the pie, shake it a bit and leave it for about three minutes so that the cream seeps all the way through to the base. 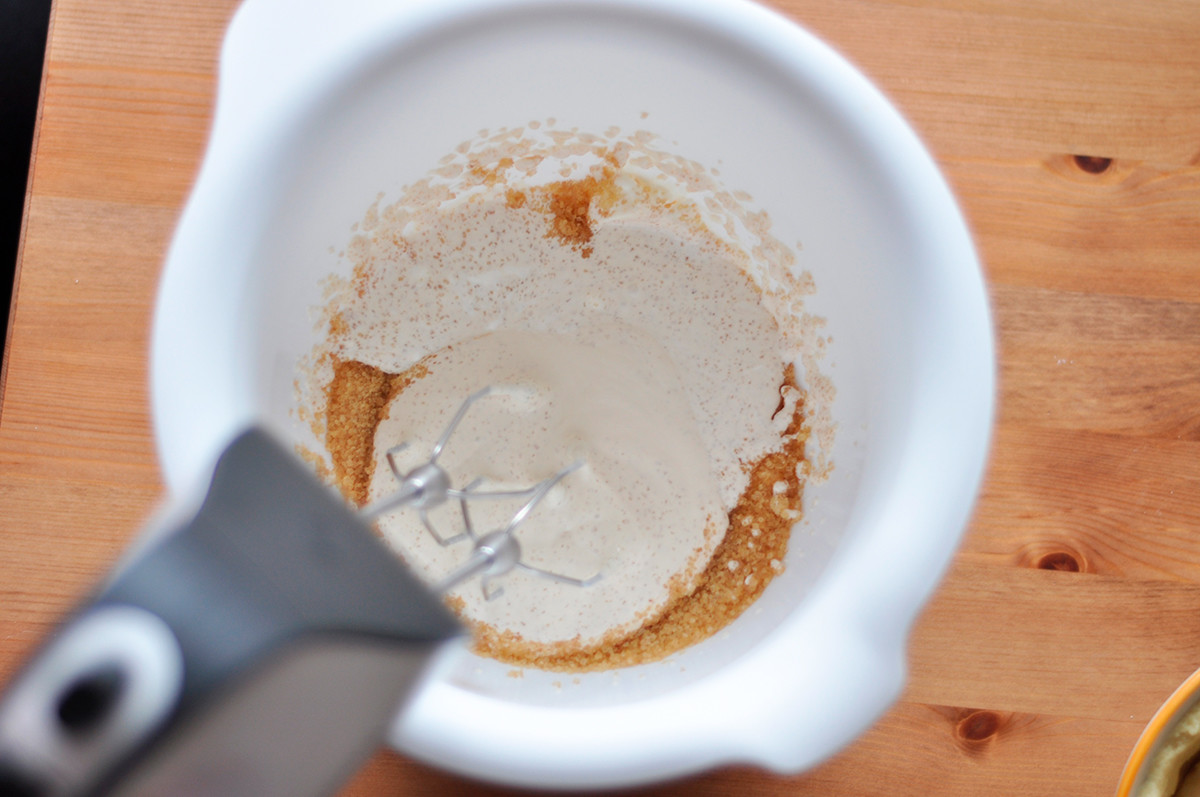 6. Bake the pie at 180 °C for 45 to 60 minutes, depending on your oven. To check if the pie is ready, pierce it with a toothpick: there should be no liquid cream on it. They say that after baking, Tsvetaev apple pie is best left for a couple of hours for the cream to “open.” However, the chances of it remaining uneaten for so long are practically nil. 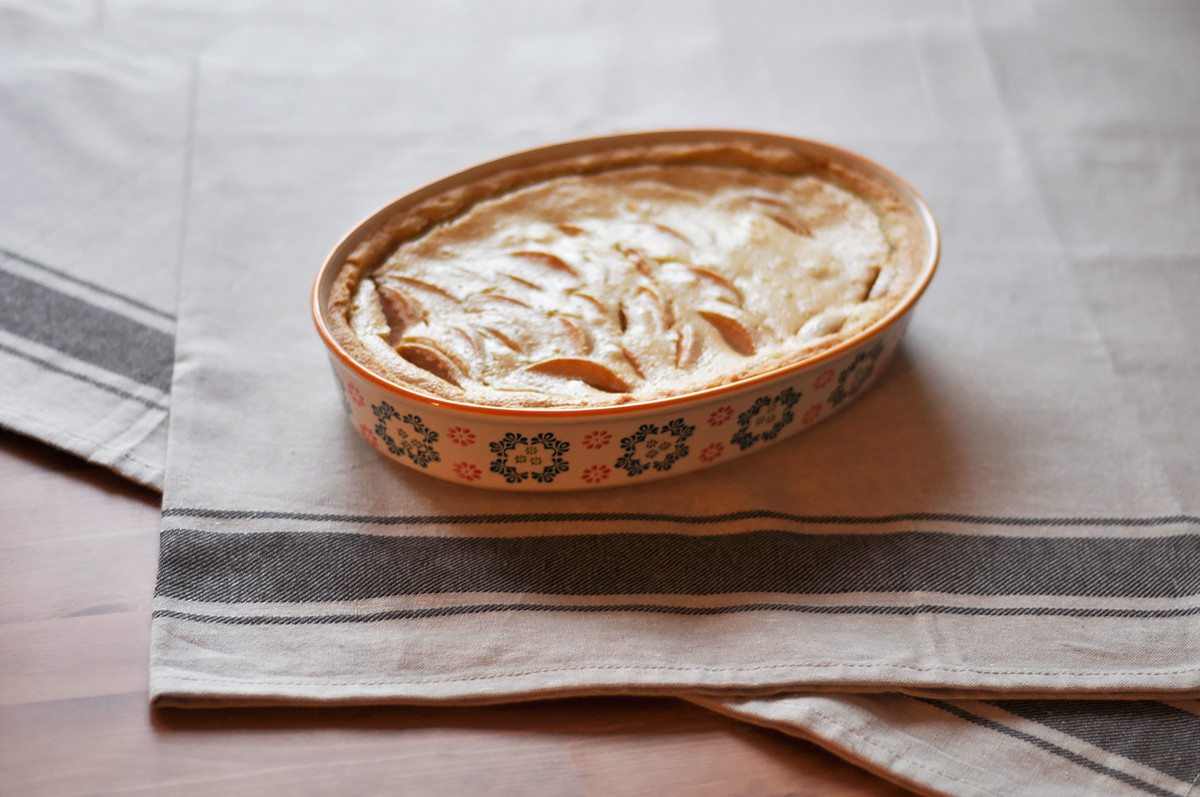