Bushe: How to make signature Soviet sandwich pastries with a French touch 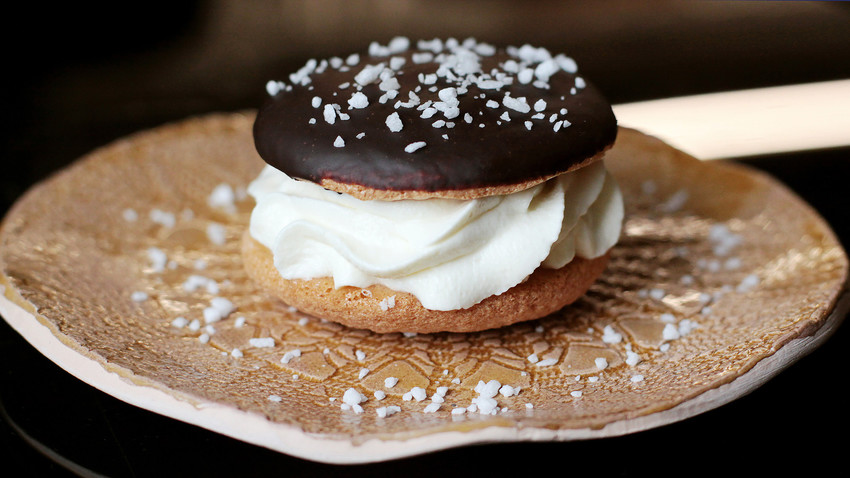 Victoria Drey
You need only five basic ingredients to cook this legendary dessert that has remained popular for half a century.

Upon hearing the word “bushe”, those born in the USSR immediately imagine an iconic small cake with a generous layer of cream between two round airy biscuits topped with melted chocolate.

It’s widely believed that bushe was invented in 18th century France, and eventually the recipe was slightly tweaked and improved by Soviet confectioners who in general liked to use recipes from traditional French cuisine. Despite bushe’s French name and apparent roots, some believe that bushe might entirely be a creation of Soviet chefs because the ingredients used in the original recipe are very common for Soviet confectionary: sponge cake, cocoa glaze or pomade, and butter cream – lots of heavy butter cream.

My grandma remembers that bushe cakes were sold in almost every confectionery shop, and cost 22 kopecks, which was quite pricey in the 1960-70s. At that time it was also a common theater buffet delight – people would often enjoy bushe at intermission. Today bushe pastries are sold many everywhere in Russia. However, those with a sweet tooth believe that present-day bushe cannot hold a candle to those made in Soviet times. That is why I highly suggest making bushe at home: the recipe is easy and the taste is exceptional. Bushe is known for its light and airy biscuit – so don’t use butter in the dough.

1. Begin with separating the yolks from the whites, and put the whites into a large bowl – make sure to clean it with lemon juice or vinegar to remove any grease. Start whisking the whites with a pinch of salt on low speed. When you notice the whites are quite foamy, add 20g of sugar, and continue whisking. You should get a basic meringue – a smooth and glossy mixture with stiff peaks and no sugar grains visible. 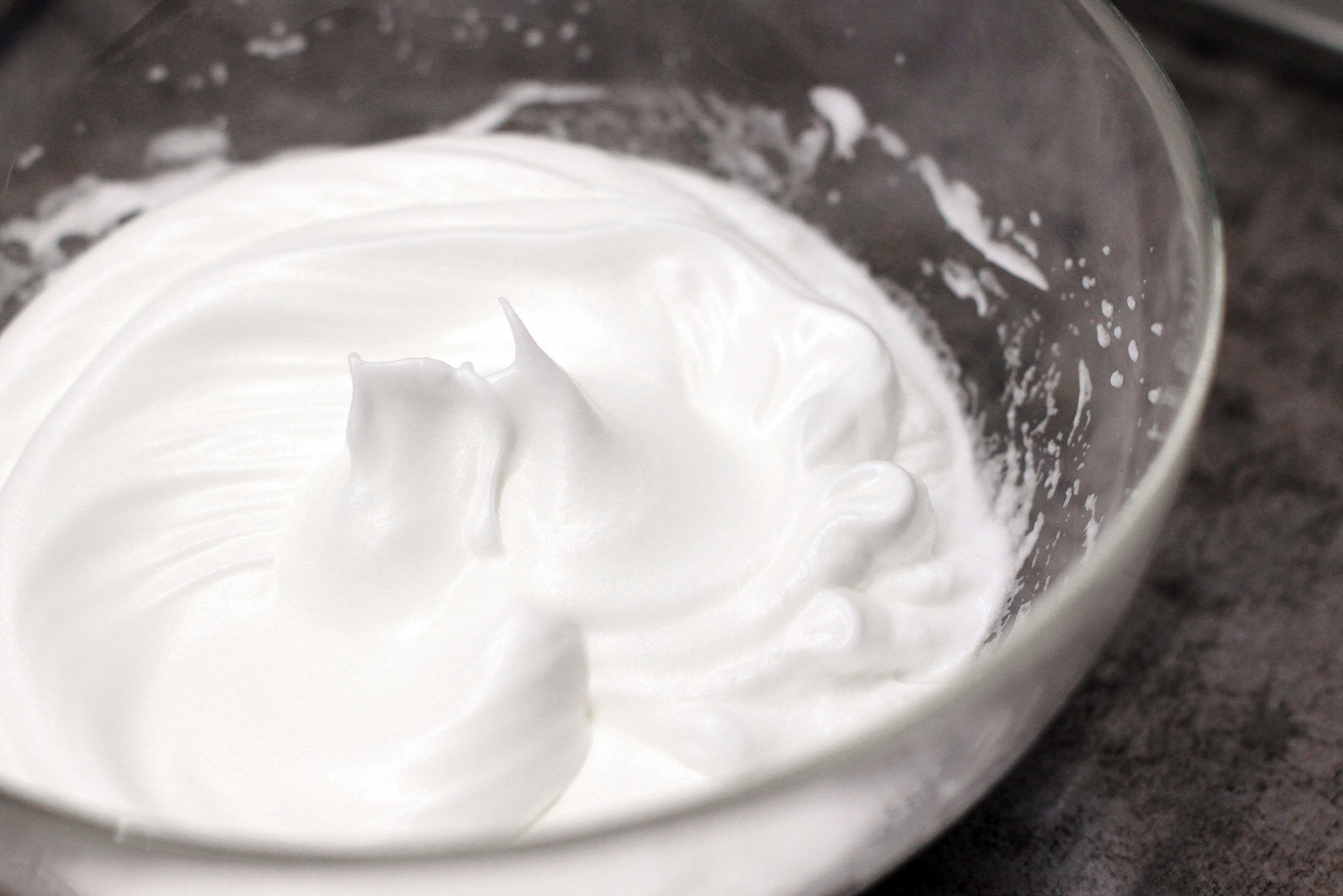 2. Set the meringue aside, and in another clean bowl beat the yolks with the remaining 40 g of sugar. Take your time: it usually takes about 4-6 minutes of beating until the yolk mixture doubles in size and becomes pale-yellow, almost white. When you are done with the yolks, it is time to finally combine them with the whites. 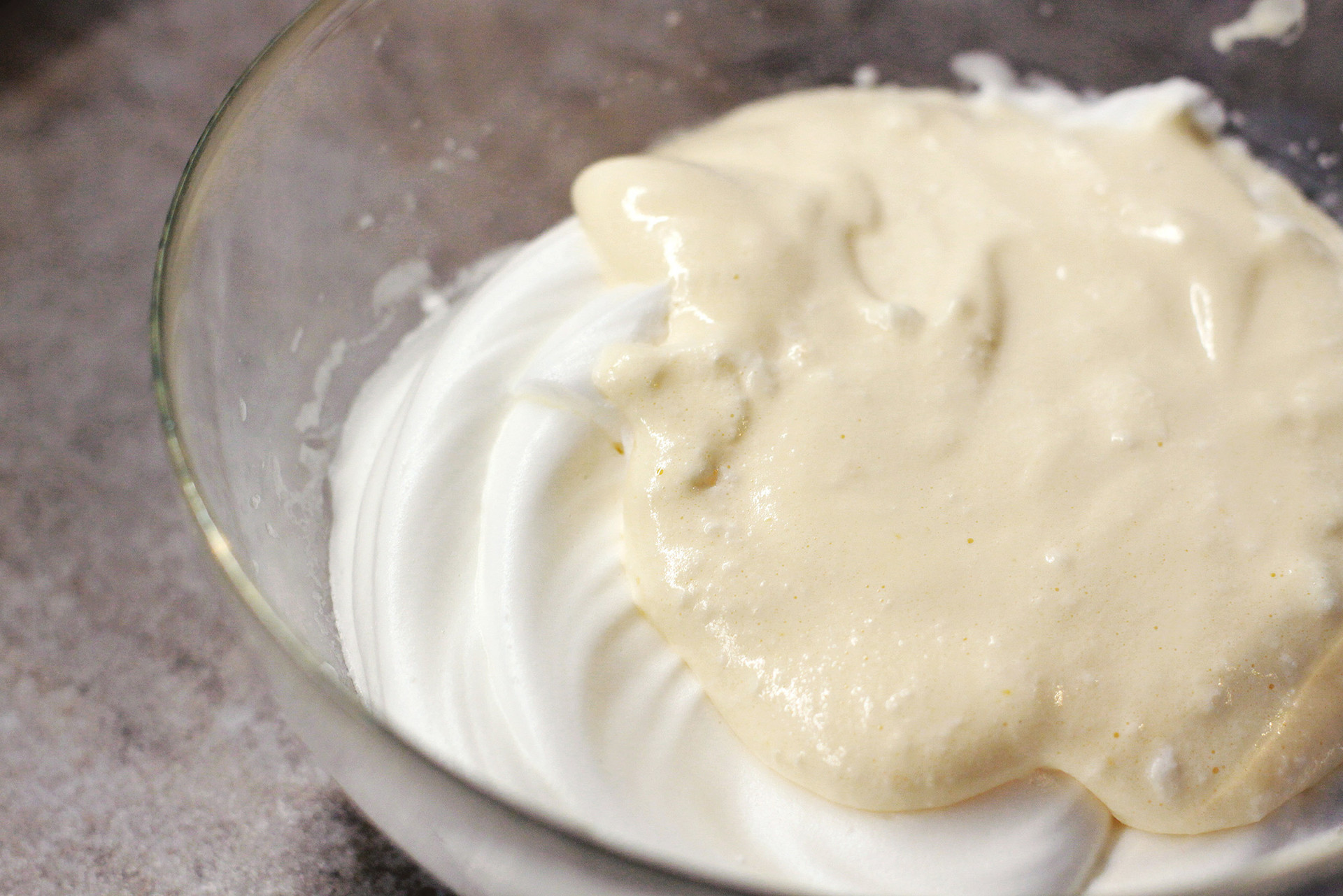 3. Pour the meringue into the beaten yolks and carefully mix with a spatula. Combine with a light hand, otherwise the dough might collapse. Next, sift the flour and again mix in the dough with a spatula until smooth. 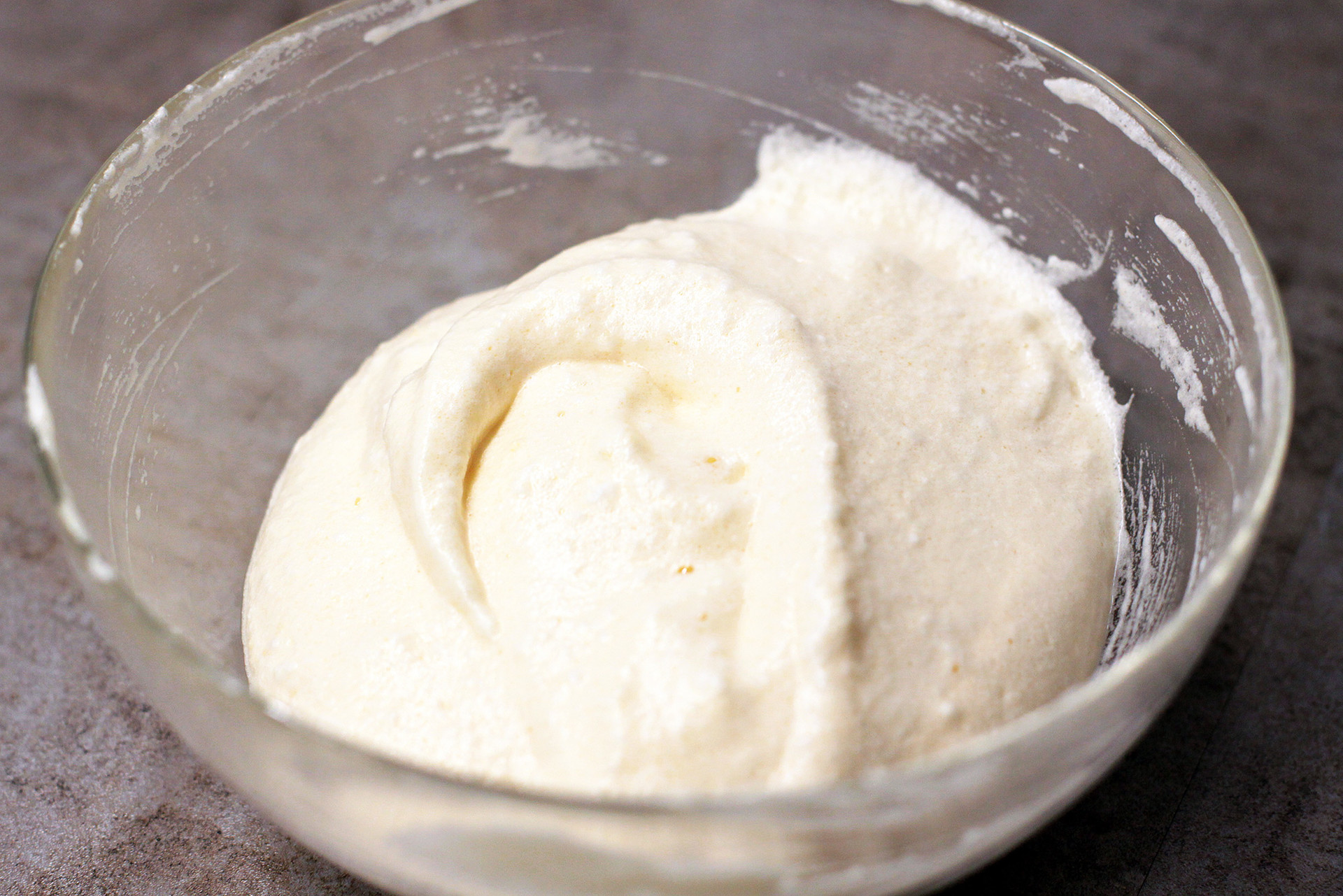 4. Put the dough into a piping bag with a round nozzle and squeeze out medium sized round biscuits on a baking pan covered with a piece of parchment. Bake the biscuits at 180°C for 20-25 minutes. 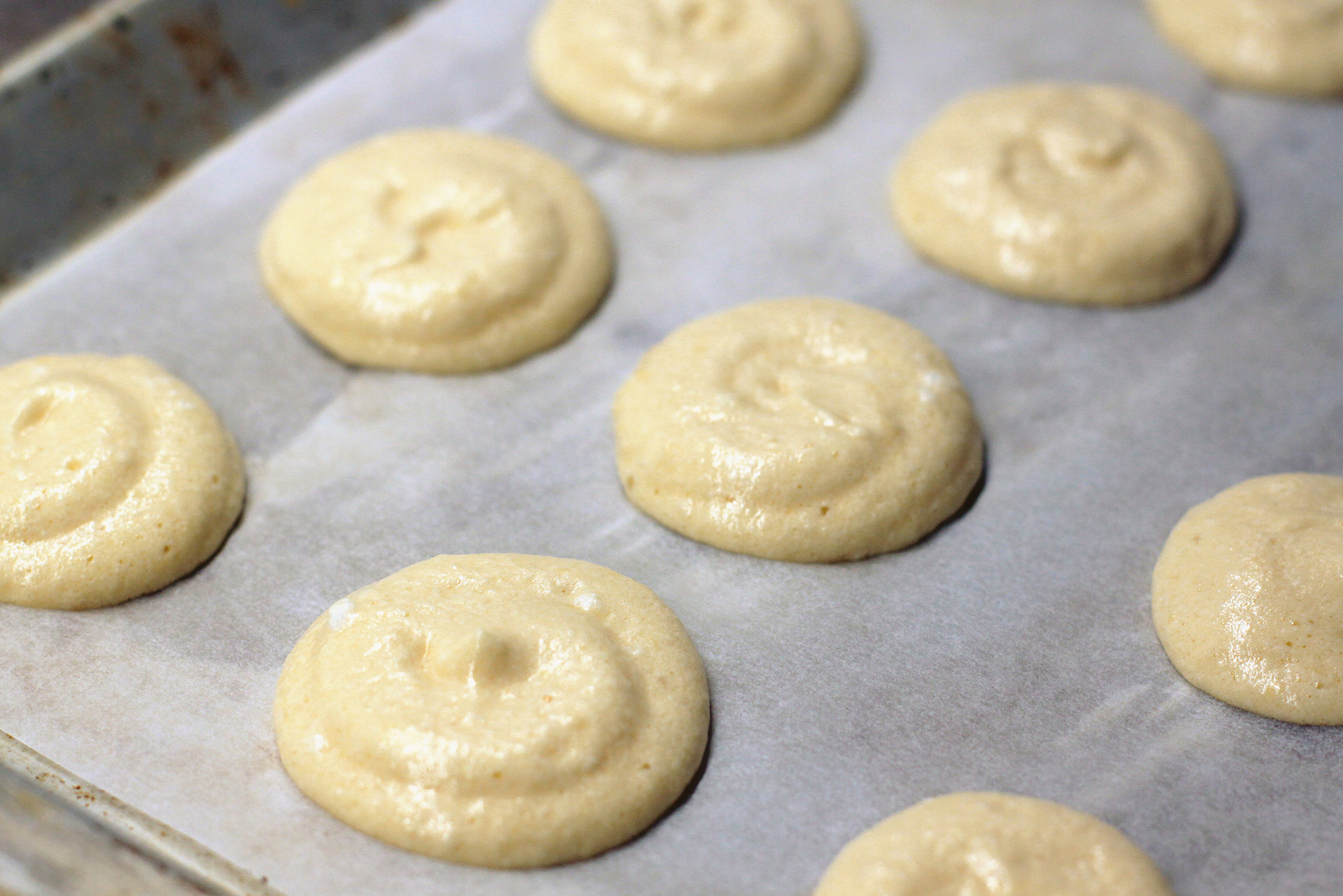 5. They should slightly increase in size and become golden-brown on top. Let them cool completely and then cover a half of the biscuits with dark chocolate ganache. 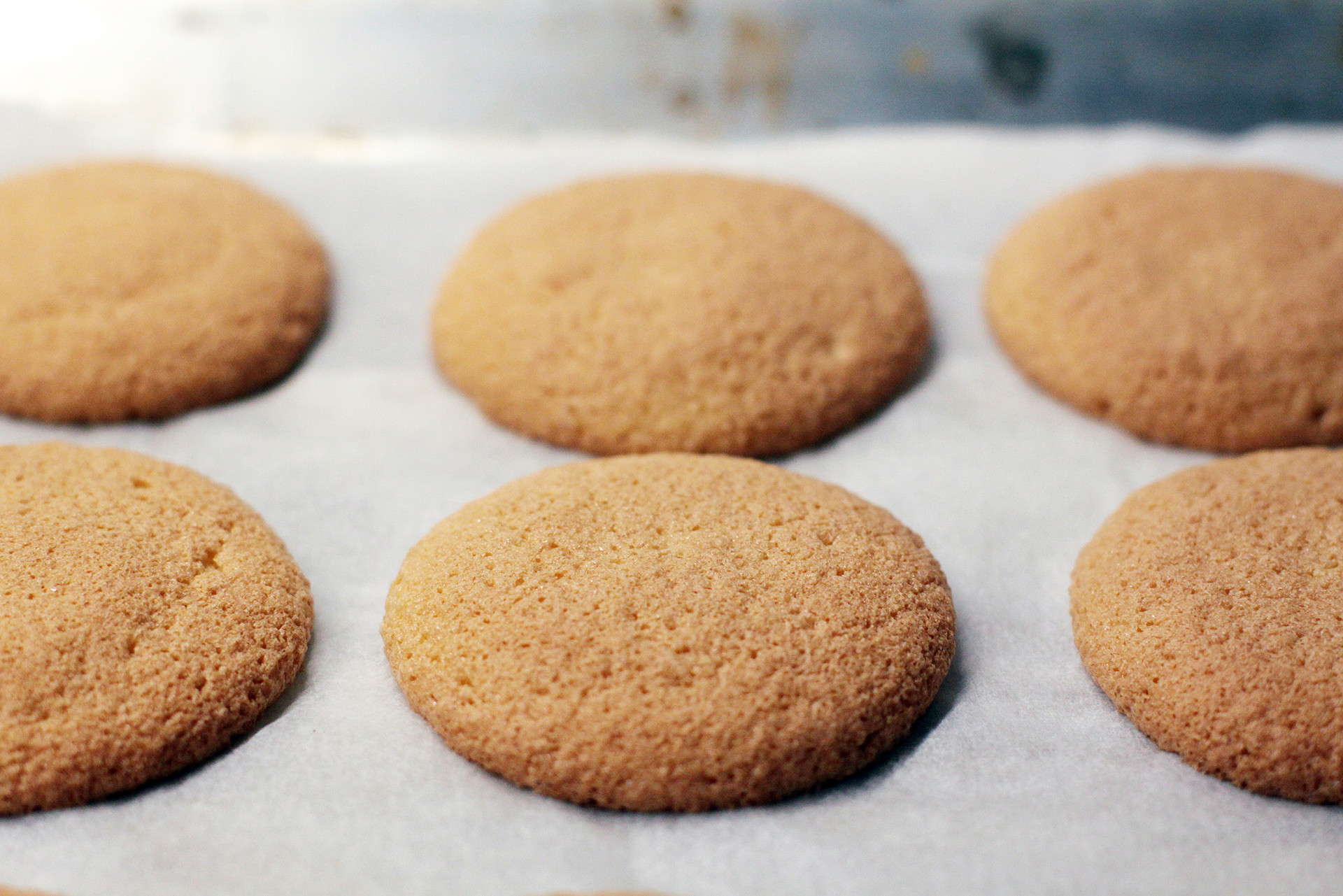 6. Mix dark chocolate with a couple of tablespoons of hot milk to achieve a silky and smooth chocolate mixture. 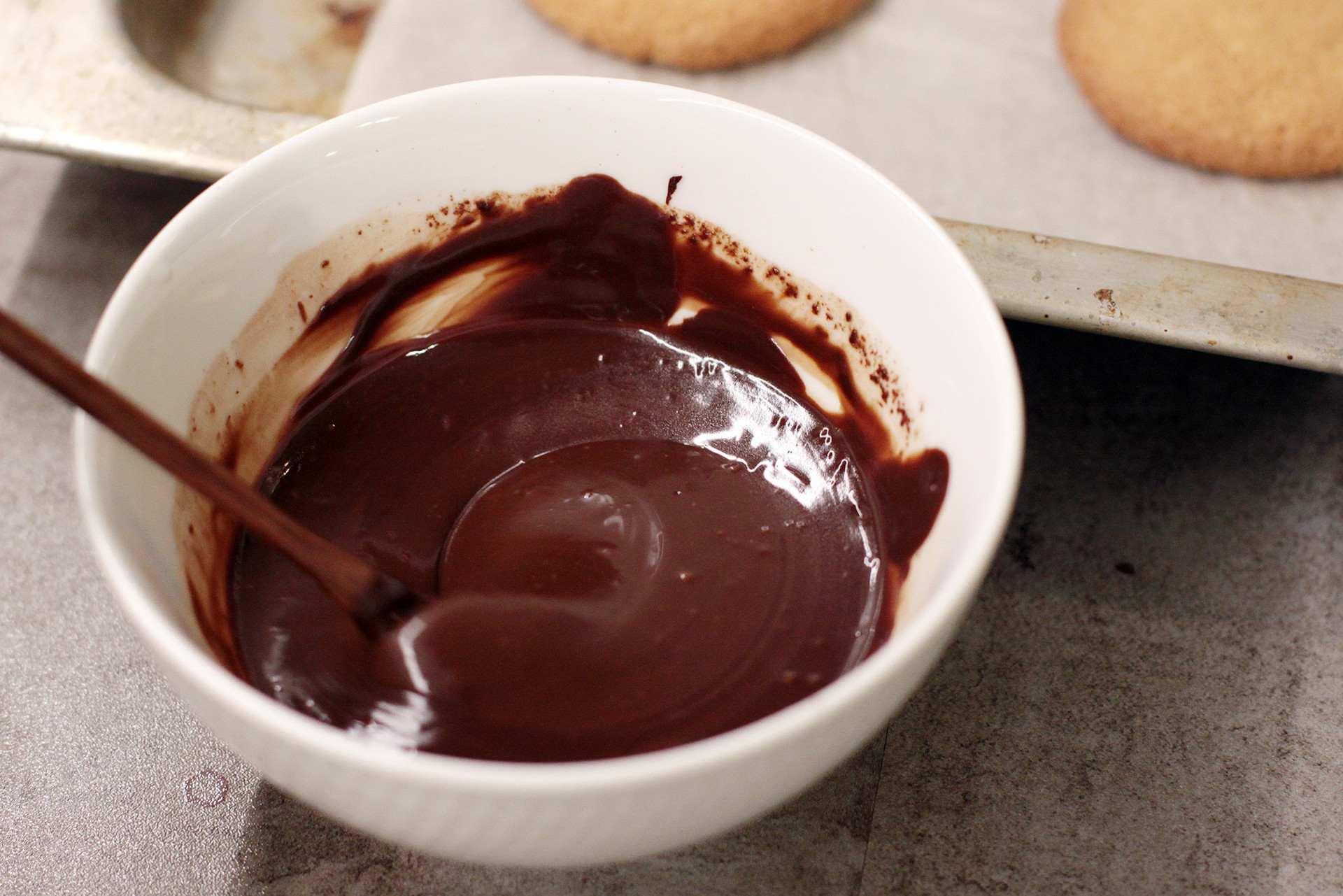 7. Carefully dip the top of the biscuit into the ganache and let stiffen. You can also decorate the tops with white chocolate or sugar grains. 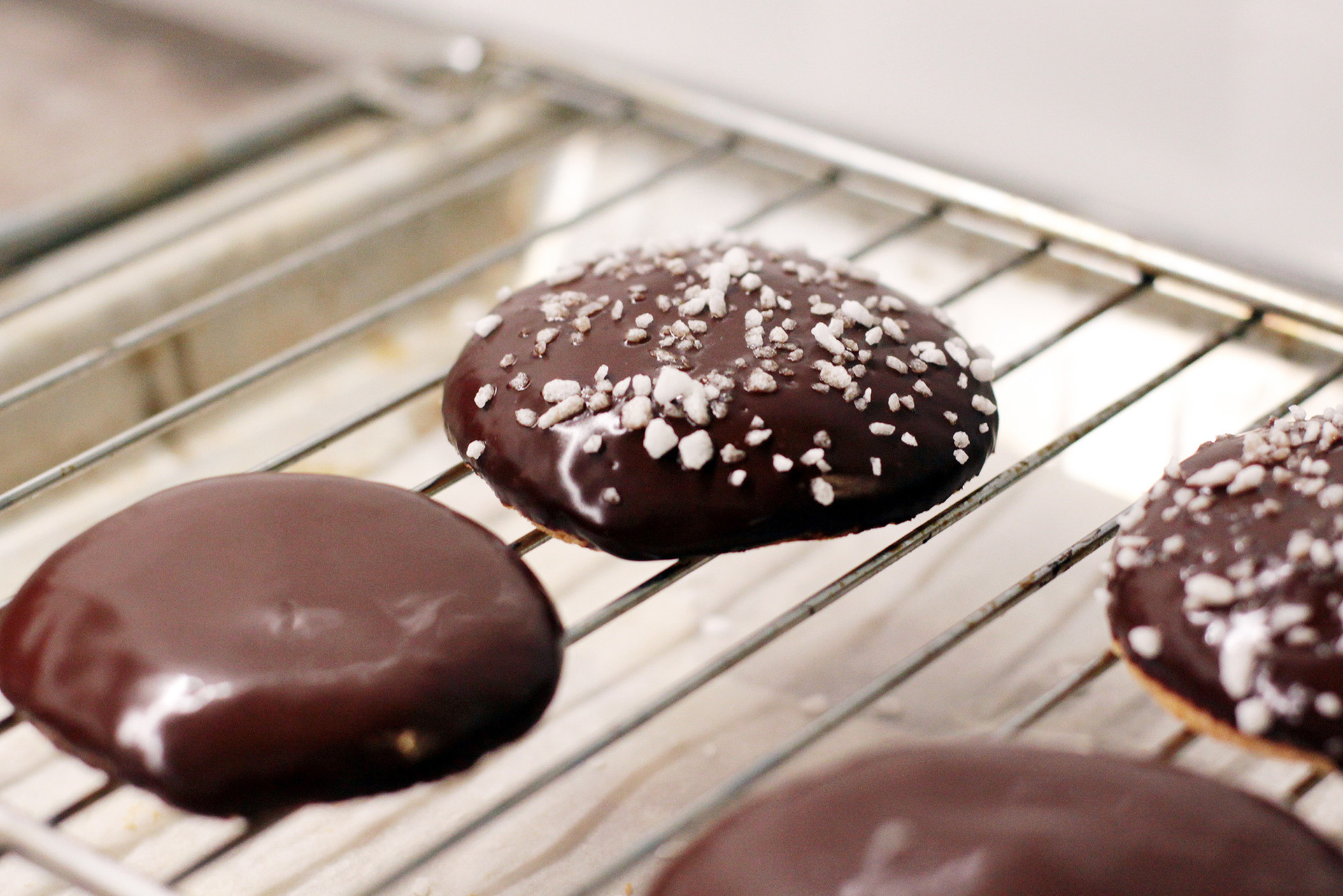 8. As for the filling, I prefer bushe with whipped cream instead of the traditional Soviet version with butter – it makes the dessert even more light and airy. Beat heavy cream until there are soft peaks, put in the piping bag and squeeze the whipped cream on biscuits without chocolate ganache. 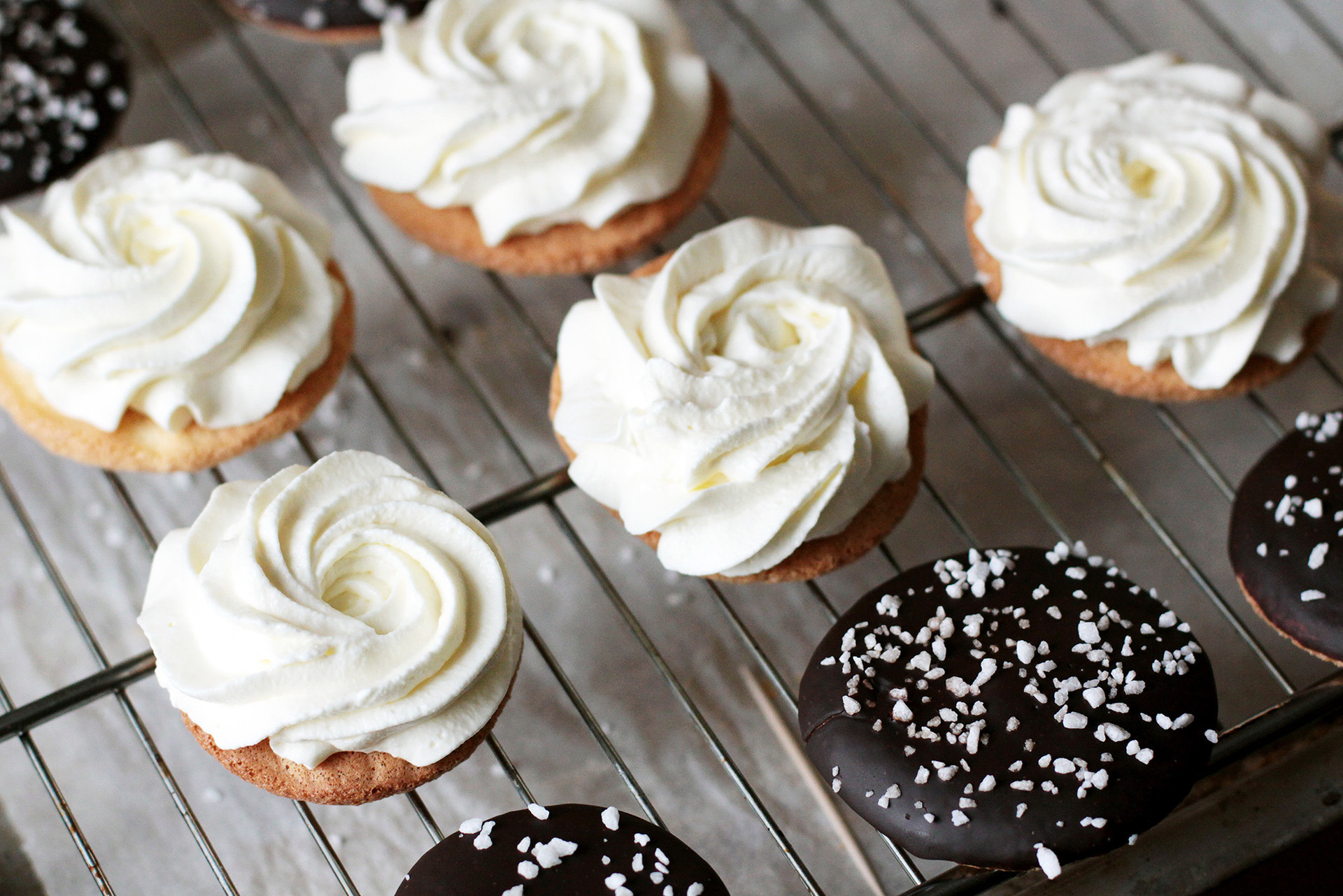 9. All you have to do is top them with chocolate biscuits – here are your mouthwatering delights. Leave them in the fridge for about 2-4 hours so that the biscuits become soft and soak with cream. Enjoy with a cup of coffee. 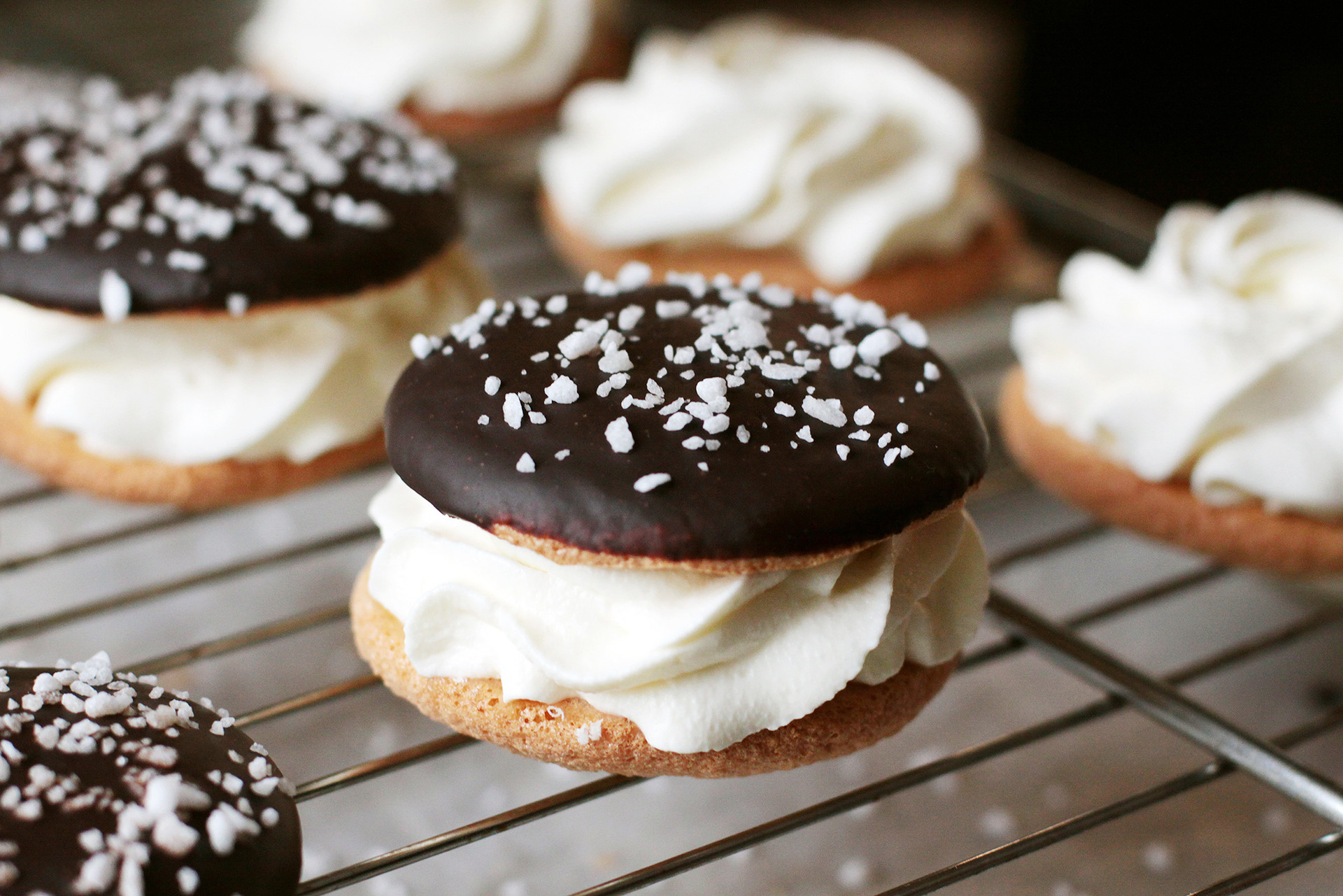 Read more: Kievsky Tort: Do you dare make the most complex Soviet dessert?