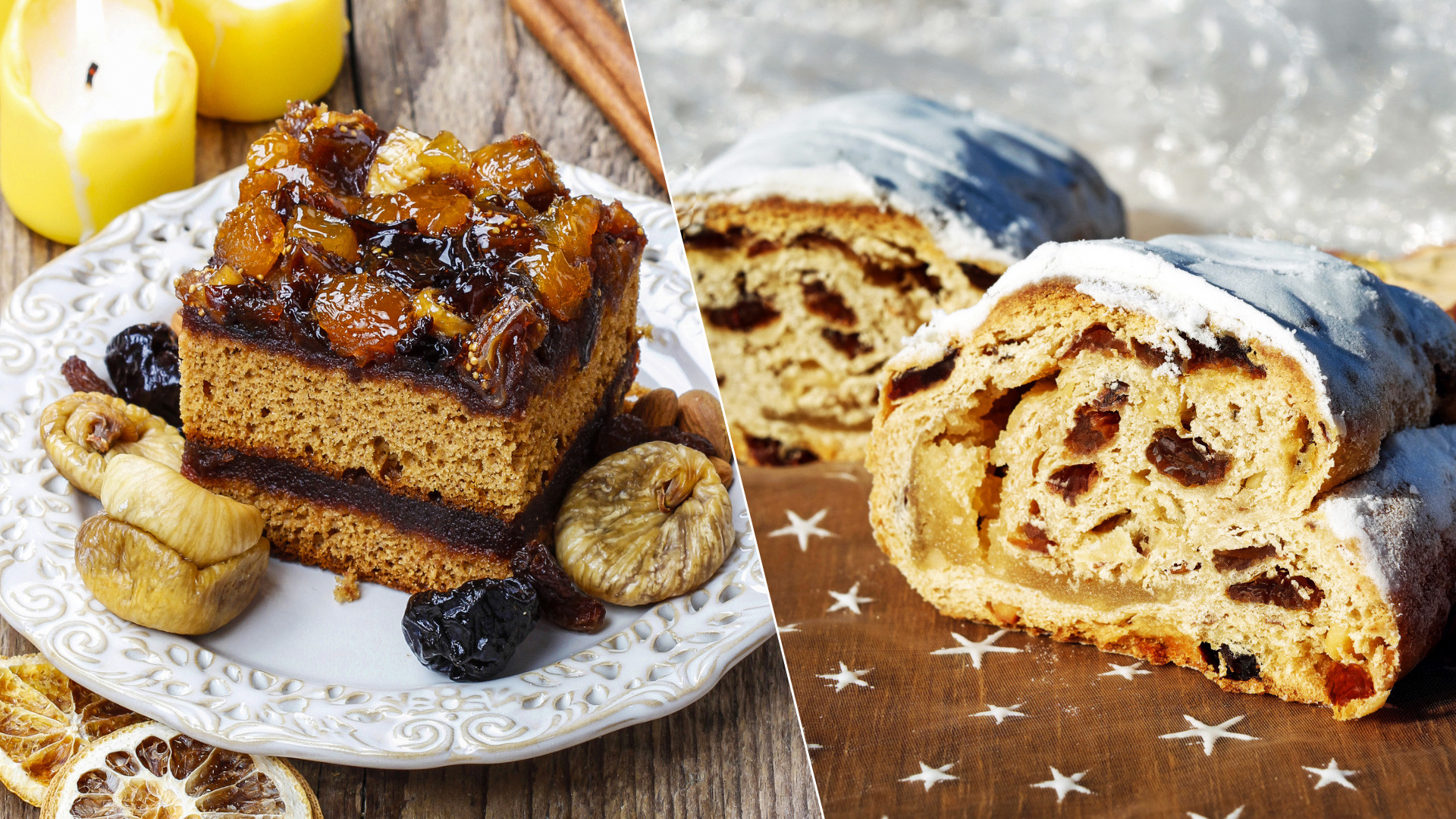 Kovrizhka (on the left) and German stollen (on the right).

Legion Media
Quiche, or haggis à la russe? Don’t be surprised. It’s possible! Russia Beyond has put together a list of native Russian dishes that people in other countries are already well acquainted with. 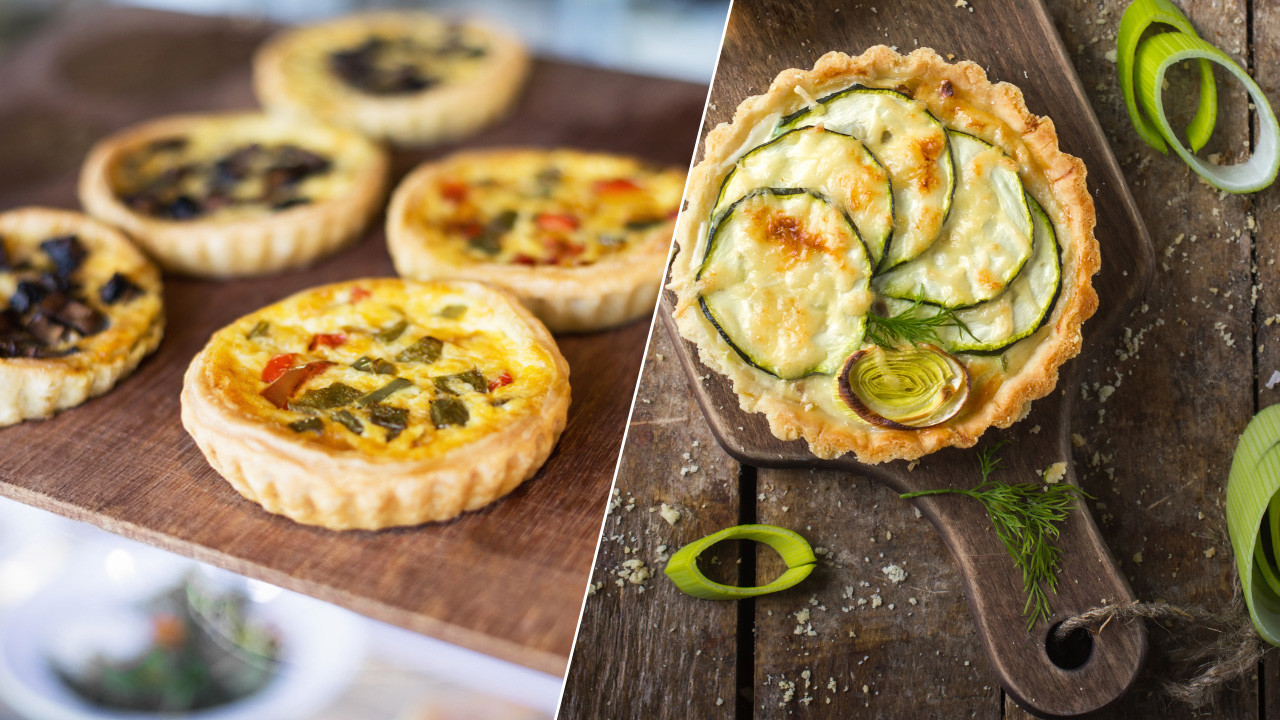 Perepechi, the Udmurt flat pastry shells with a variety of fillings, are similar to France’s open pie known as quiche. Made from an unleavened rye or rye-wheat dough they have a savory filling on top (for example, meat, cabbage, potatoes or mushrooms). A mixture of egg, milk and sour cream is poured over the filling, and then the perepechi are baked in the oven - hence the name [the word "perepechi" has the same root as the Russian verb "to bake"]. Unlike perepechi, quiche is made from shortcrust pastry, and  instead of sour cream cheese is used for the filling. 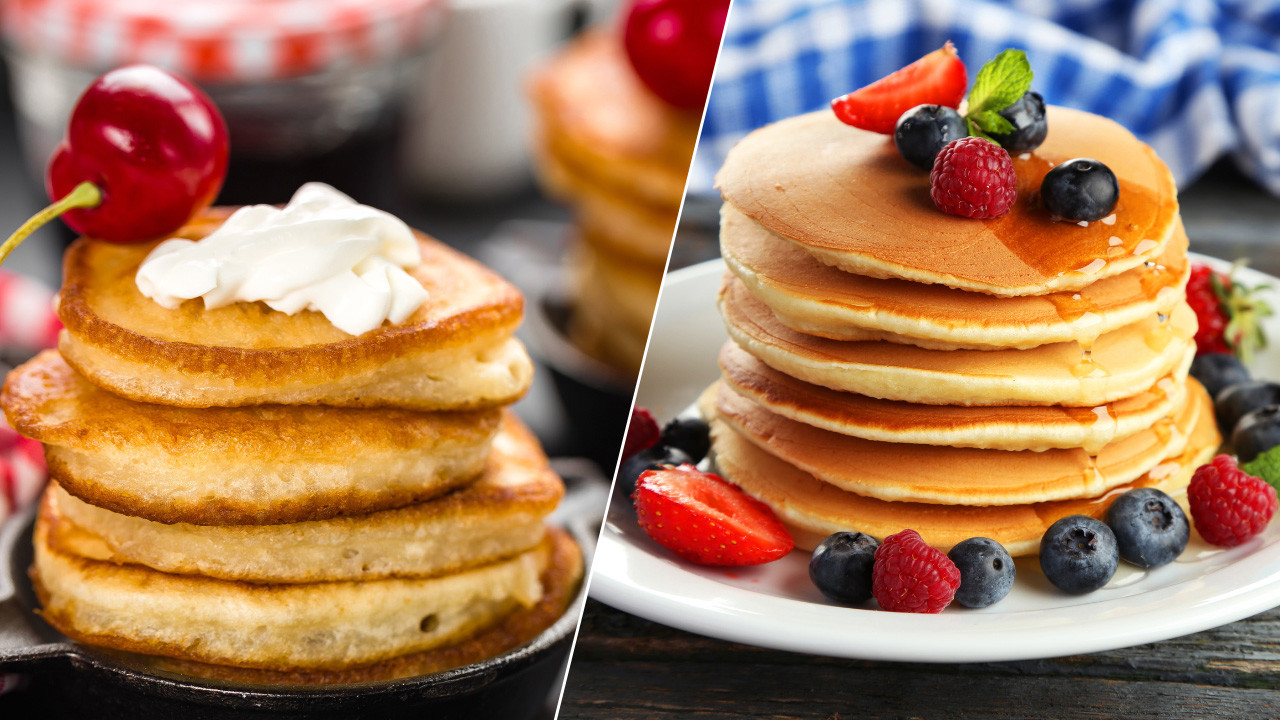 Russian oladyi are similar to American pancakes. The ingredients are almost identical, except more eggs and baking powder are added to pancakes, and the mixture is beaten more intensely. Another difference is that, unlike oladyi, pancakes are fried with a very small amount of oil so that a crust does not form and they remain soft. The two are also served differently - pancakes with maple syrup, jam or chocolate on top; and oladyi with sour cream or honey. 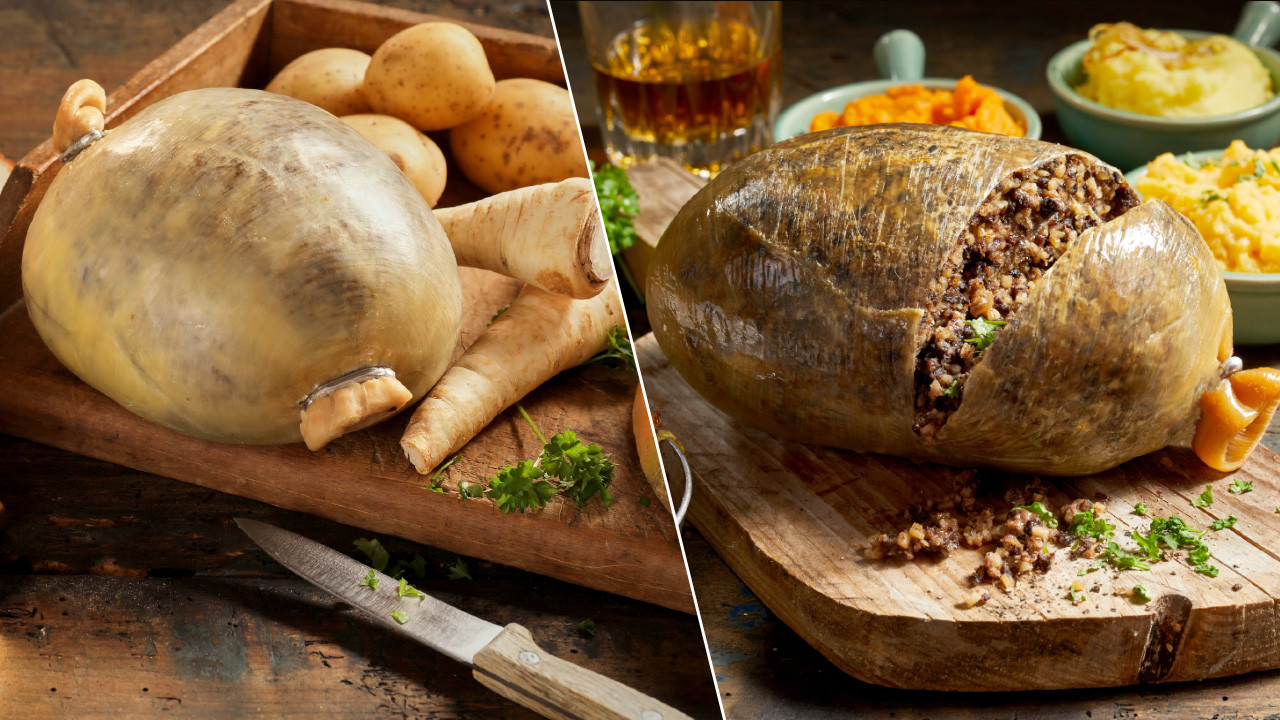 Niania is an old Russian dish known since the time of Kievan Rus, and its composition and way of preparation is similar to Scotland’s haggis that is made with sheep's offal. Niania is sheep's stomach stuffed with sheep's meat and brain, along with buckwheat porridge and onion; then baked in the oven. 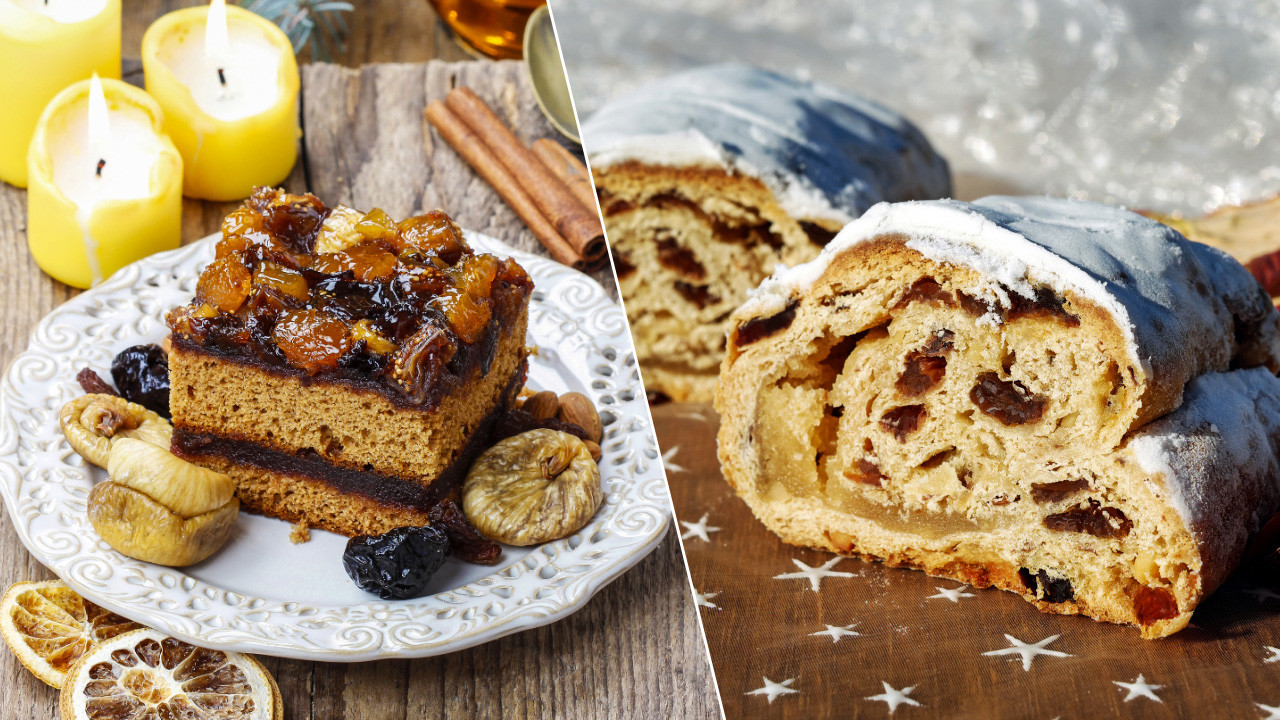 Stollen is a traditional German cake with raisins and marzipan. Its Russian counterpart is called kovrizhka - a cake made from gingerbread dough consisting of two halves and a layer of jam in between. Also, nuts, raisins and candied fruit are added to the kovrizhka dough, and finally it is coated with icing sugar. In Russia kovrizhka was often baked in Gorodets and Moscow. 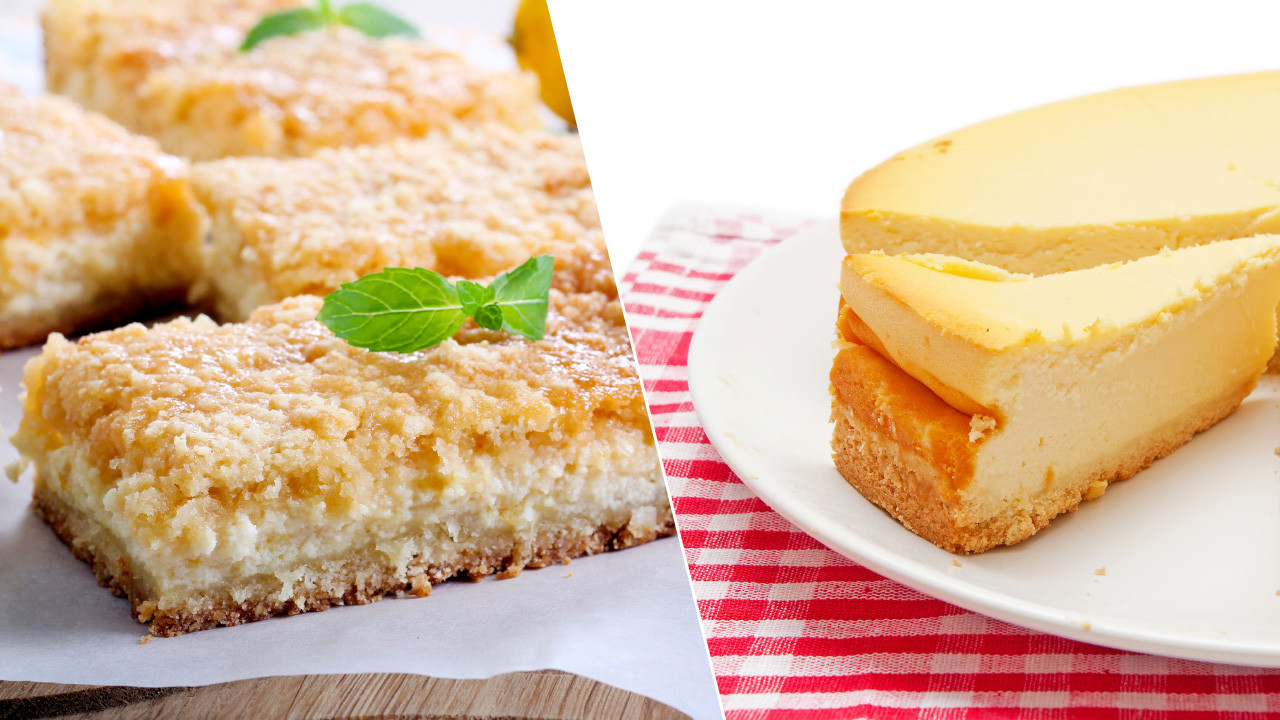 These Russian and German cakes are very similar in ingredients and preparation. They are made from tvorog (curd or cottage cheese), flour, eggs, butter, sour cream, sugar, salt and baking powder. They are similar to cheesecake, but instead of cream cheese, tvorog is used. 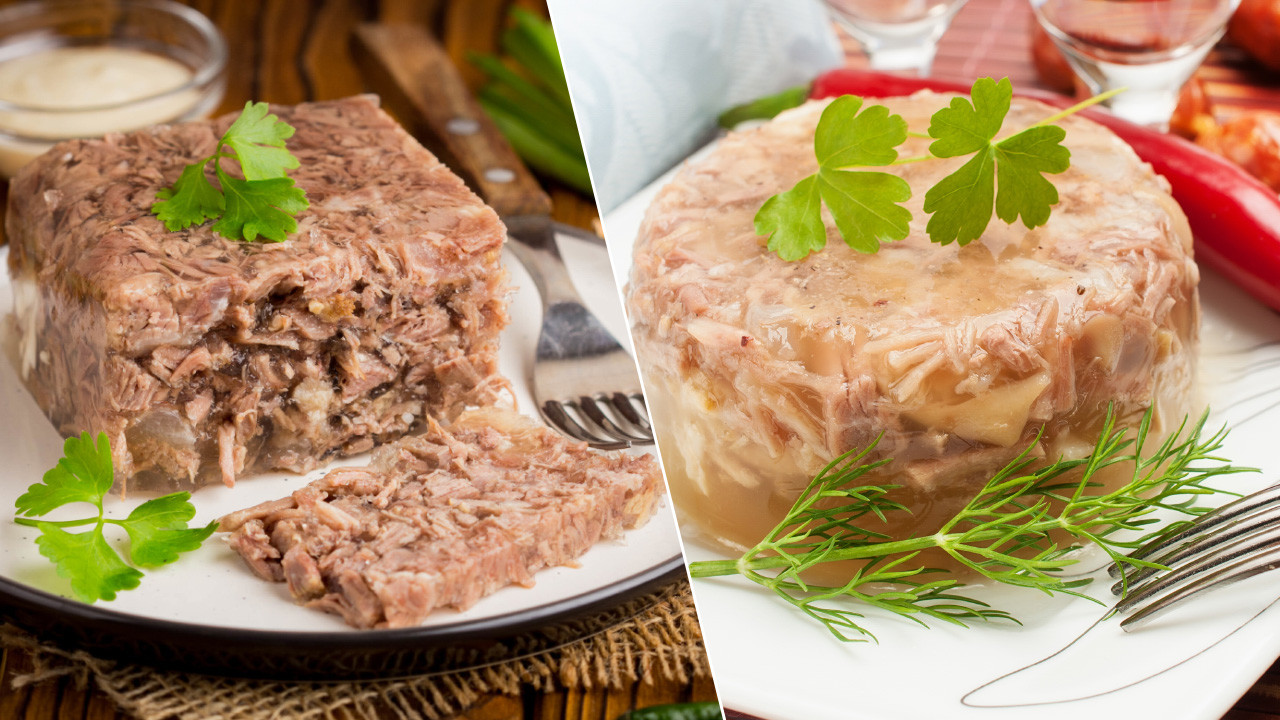 Kholodets is a jellied dish made from concentrated meat broth with pieces of meat. It is prepared without adding gelatin or agar, but rather only gelling substances are used in the meat bones that are boiled to make the broth. A similar dish is also made in Bulgaria. To make pacha, meat on the bone is slowly cooked with spices on low heat; then the meat is chopped up into tiny pieces and returned to the broth, to which garlic, hot pepper and sometimes milk are added. The dish is served hot - as soon as it is ready - or cold, after it cools and forms a jelly. 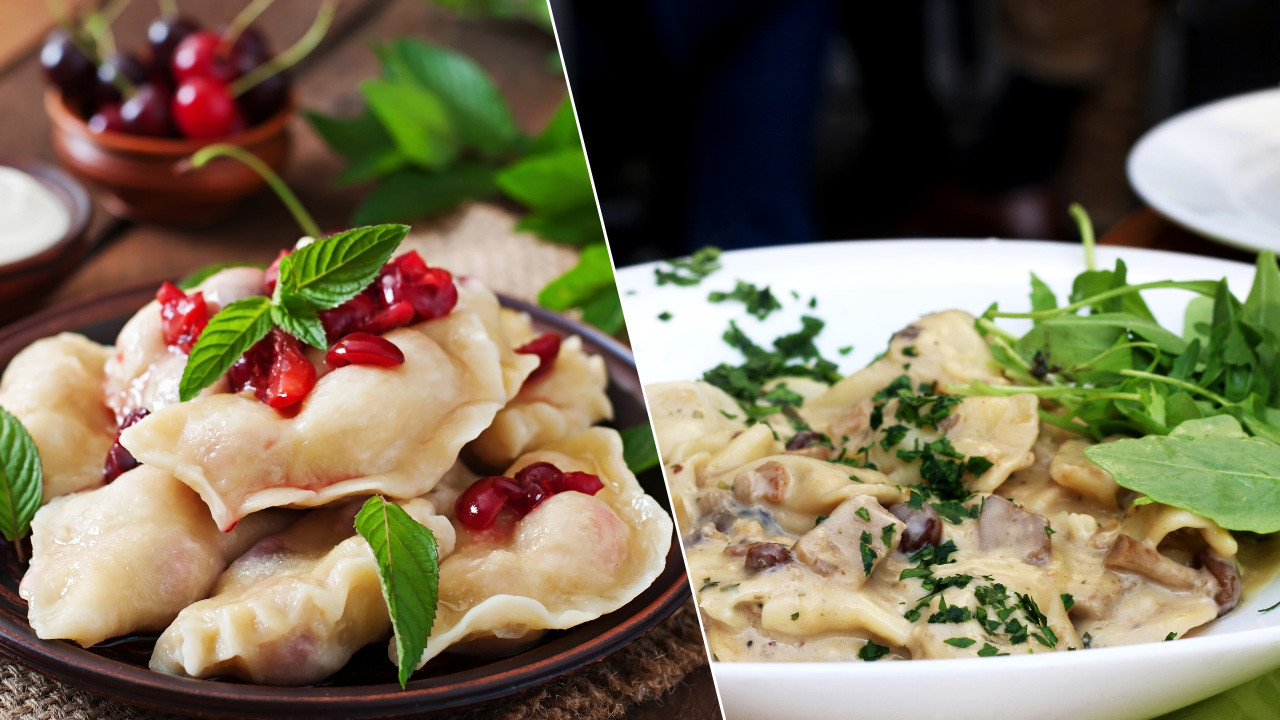 Vareniki are boiled dumplings with different fillings - for example, berries or tvorog, potatoes, mushrooms or onion. In Slovenia, a similar dish - dumplings shaped like ears with potatoes, bacon and onion - is called žlikrofi. 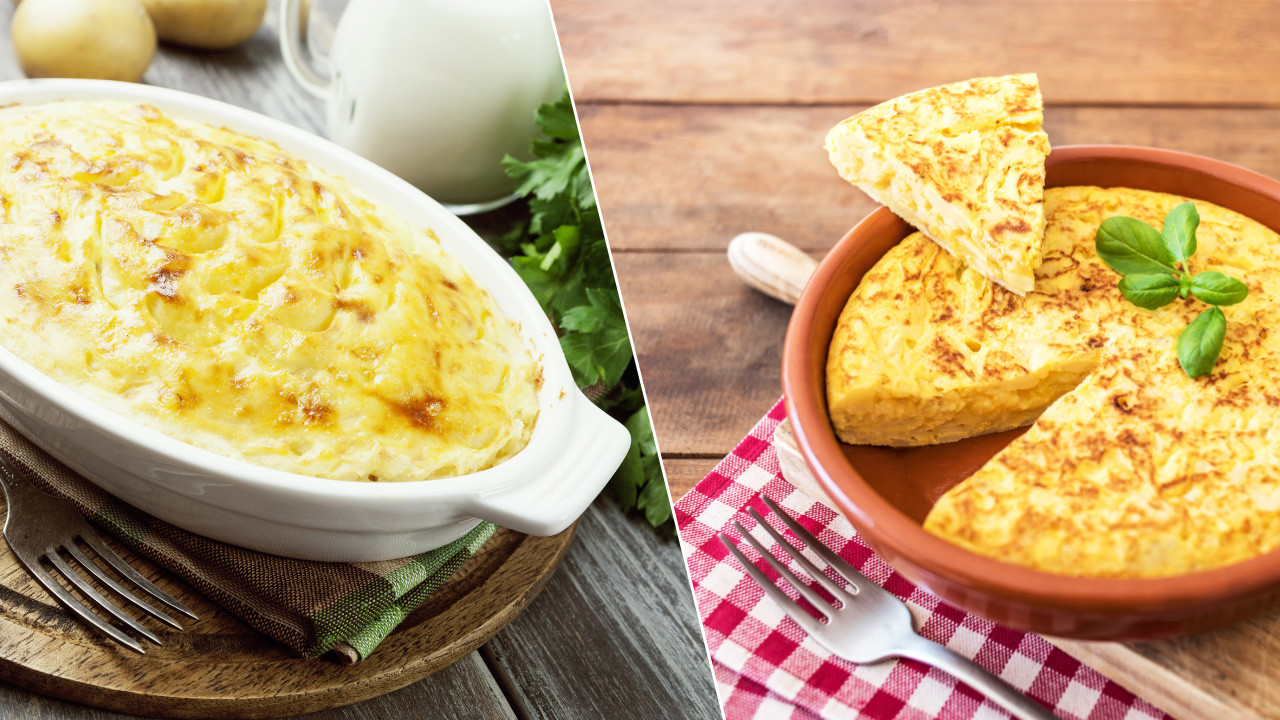 The main ingredients of both dishes are potatoes sliced into thin rounds, eggs and milk or cream. The main difference is that zapekanka is baked in the oven, while tortilla is fried on a pan.

Read more: Zapekanka: the miracle dish you can cook with leftovers 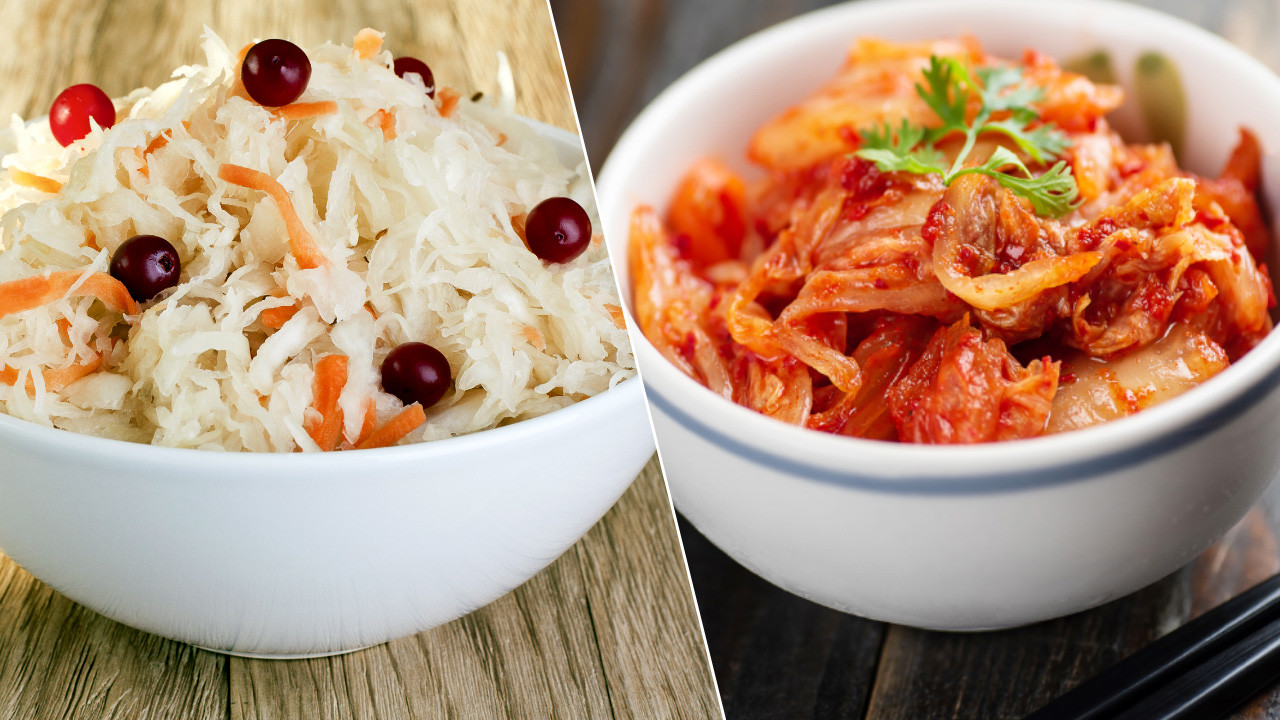 In old Russia, cabbage was called a ‘second bread’ because it was so common all year round and was integral to everyday cooking. When fermented it became sauerkraut. To ferment, shred the cabbage, to which sliced carrots, salt and sugar are added. Then, keep under a weight for 3-5 days at room temperature. Every day prod it in order to let fermented gases escape, and remove any foam.The recipe for the Korean appetizer kimchi is similar but it is made with peppers rather than carrots and is very spicy.

Read more: 7 foods you can pickle for the winter, Russian style 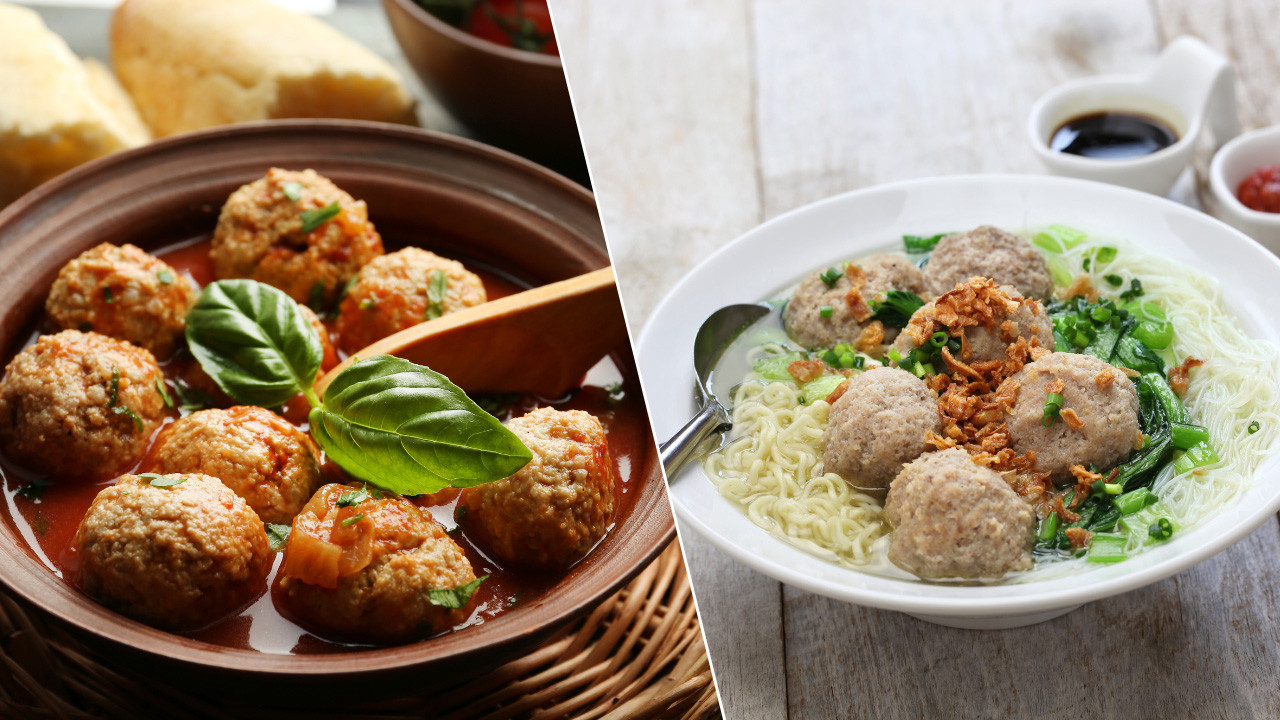 Indonesian bakso meatballs, which can also be made with fish, are served with broth or soup. In Russian cuisine, frikadelkiare small meatballs made of minced meat that will make any soup very tasty.