Russian Kitchen
Maria Bunina
Do you think that cheese spread is only for sandwiches? Think again. Use it to make cookies, soups, or salads, and diversify your menu. 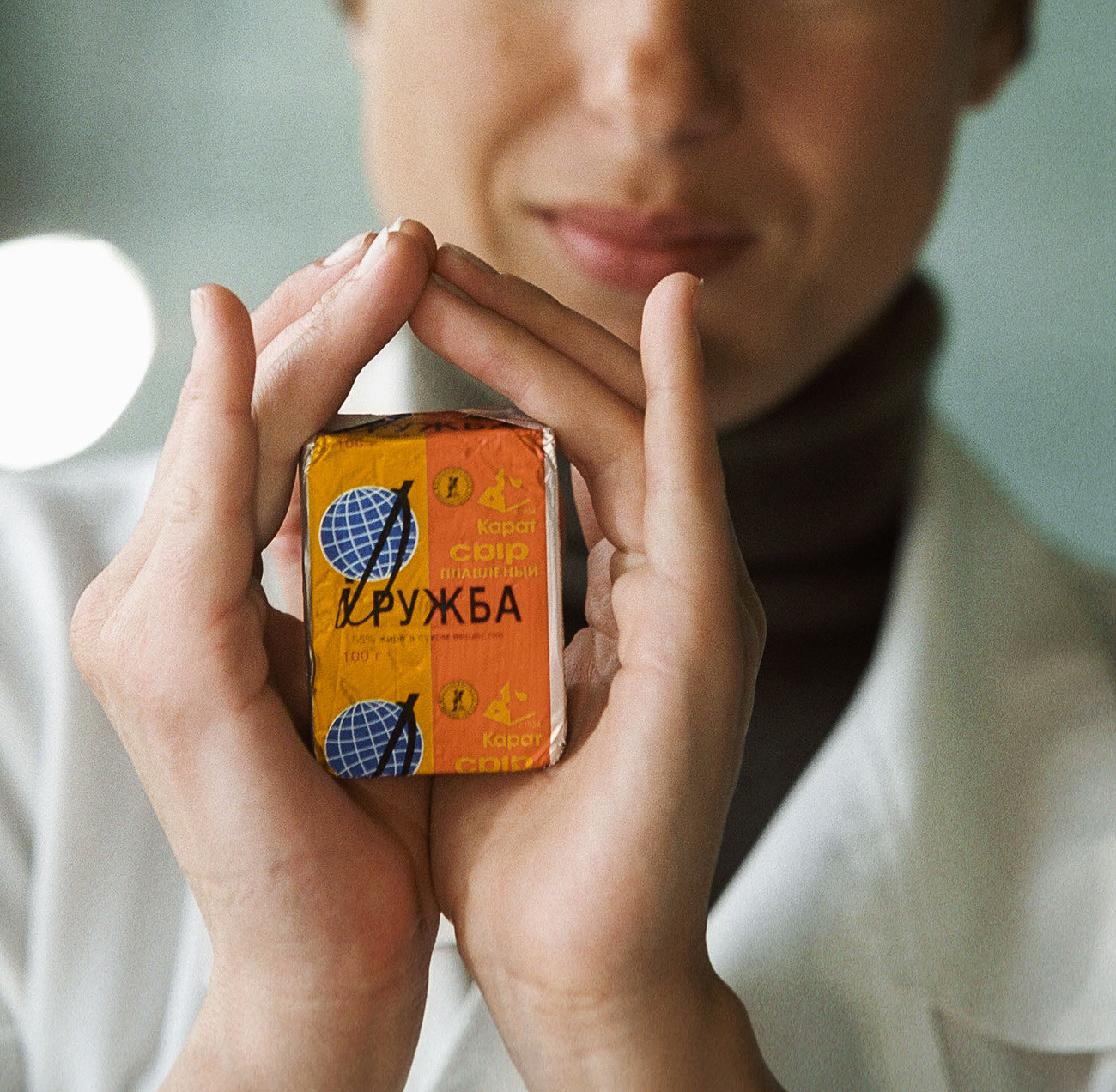 In the 1930s, the Soviet authorities decided that the public did not have enough cheap cheese spread. Soon, a processed cheese factory appeared in Moscow, which in 1934 produced the so-called Syrok (Cheese Curd) No. 1. A few decades later, in 1963, the now-classic Druzhba (Friendship) cheese appeared, followed a year later by Yantar (Amber). The latter was premium-class. Created by government order, it was intended to surpass the foreign-made Viola in terms of taste.

In addition to the usual varieties, pepper, orange, lemon, coffee and chocolate-flavored cheese spreads were produced. But it was the salty Druzhba that remained the top spread in the culinary toolkit of Soviet housewives for many years, inspiring recipes for soups, salads, and even cookies. 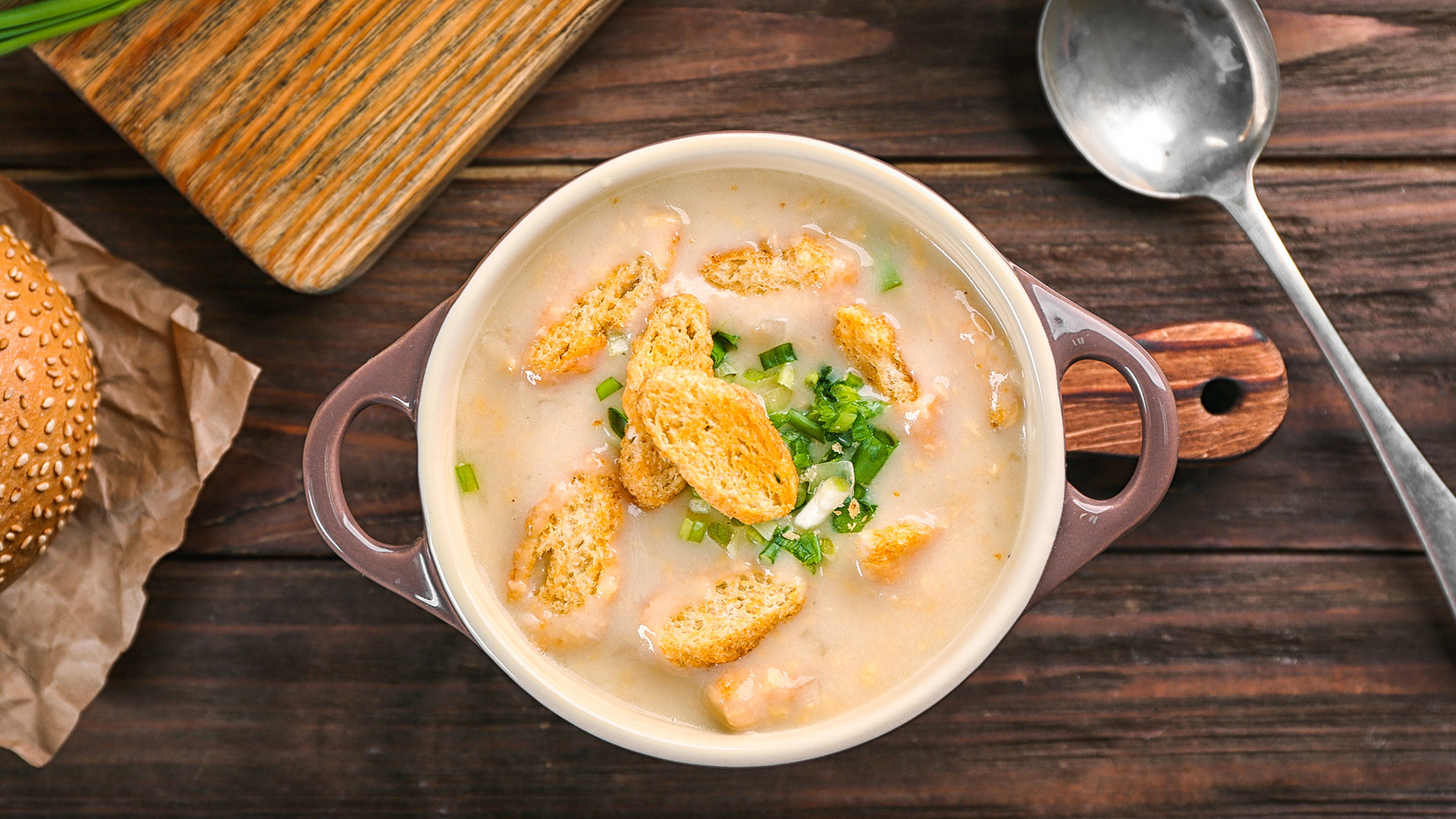 This is basically standard vegetable soup with a cheese flavor. To cook it, finely chop some onions and carrots, then fry in vegetable oil or butter.

Peel and chop some potatoes, and place them in a pan of boiling water. Reduce the temperature. Throw in the cheese (two 90 g cheese curds per two liters of water), and let it dissolve.

Five minutes later, add half a cup of vermicelli or noodles and the sautéed vegetables. Sprinkle salt and pepper to taste, and cook for another 10 minutes. Serve the soup with croutons and greens. 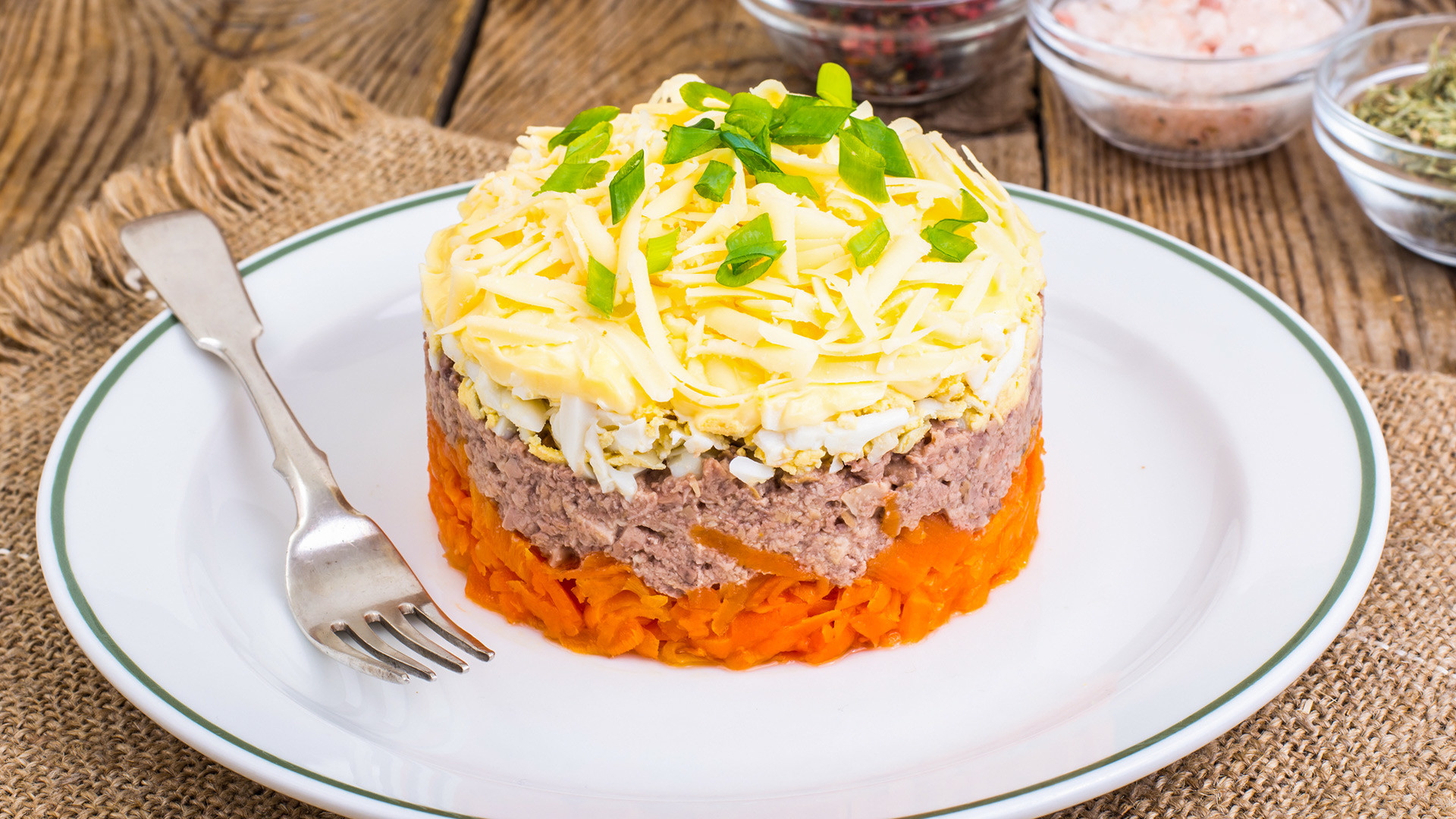 This is a variation on the theme of Soviet cod liver and Mimosa salads. It requires 2 boiled medium-sized carrots and 3 hard-boiled eggs.

When cooled, the carrots are peeled, grated, and placed on a flat plate or in a salad dish as the bottom layer, and smeared with mayonnaise. Processed cheese (1 pc) is lightly frosted in the freezer until hard and then grated. Sprinkle it over the carrots, with chopped cod liver (200-240 g) and coarsely grated egg whites on top. At this stage, the salad can be seasoned with salt and pepper, and coated with more mayonnaise.

Grate some pickled cucumber, pour off the excess liquid, and lay on the egg whites. The top layer consists of crushed yolks.

If a multilayer salad seems too complicated, a simpler alternative is to chop and mix cod liver, boiled eggs, and cheese spread, add salt and pepper, and season with mayonnaise. 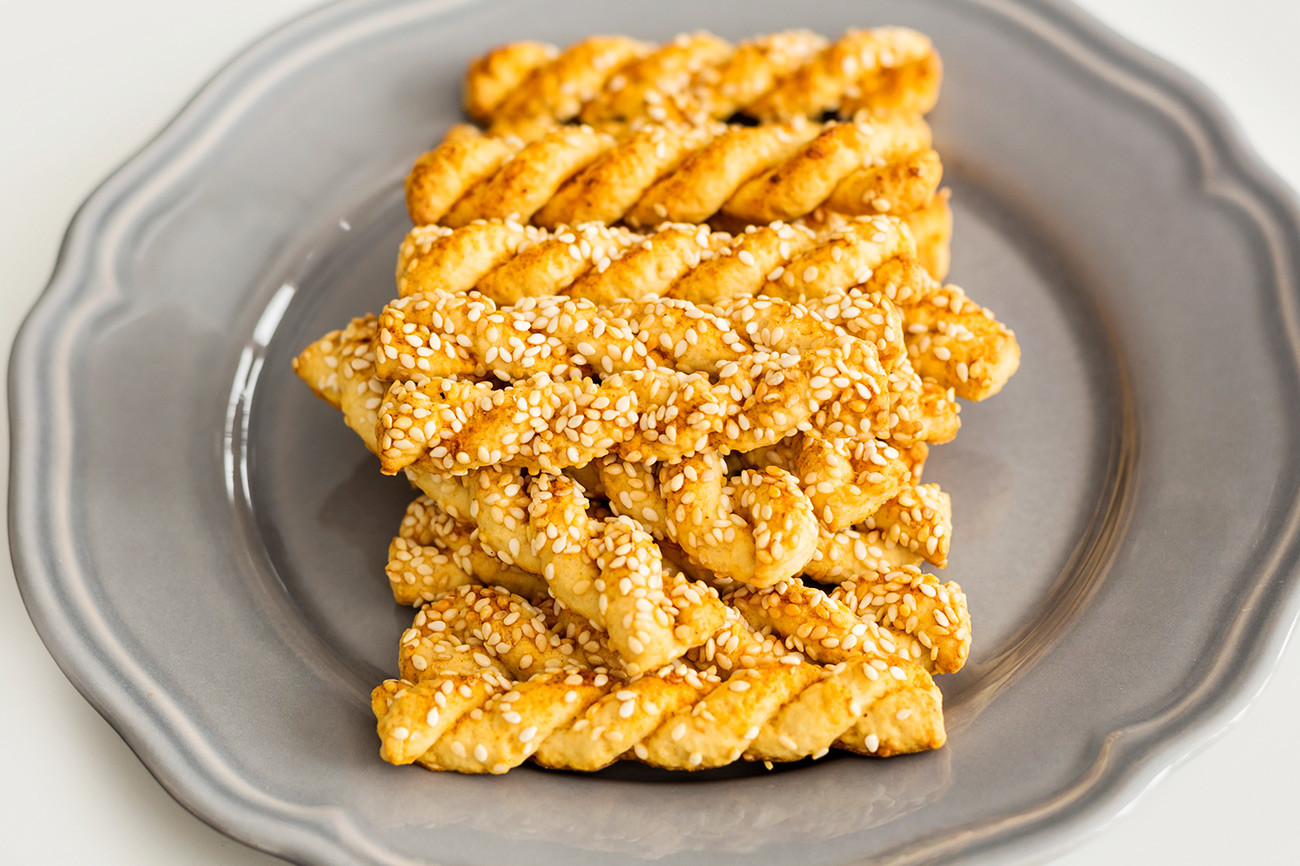 Finely grate 2 cheese curds (90 g each), add an egg, 80 grams of melted butter, a pinch of salt, 1 tsp of sugar, and mix everything. Then pour 150 grams of flour and 1.5 tsp of baking powder into the same pan, and mix. The resulting mixture is kneaded into soft dough, wrapped in plastic wrap, and put in the freezer for 15 minutes.

Next, roll out the dough and cut into 2 pieces, each of which is then folded into a roll. Cut the rolls into small circles, sprinkle with sesame seeds, and place on baking paper. 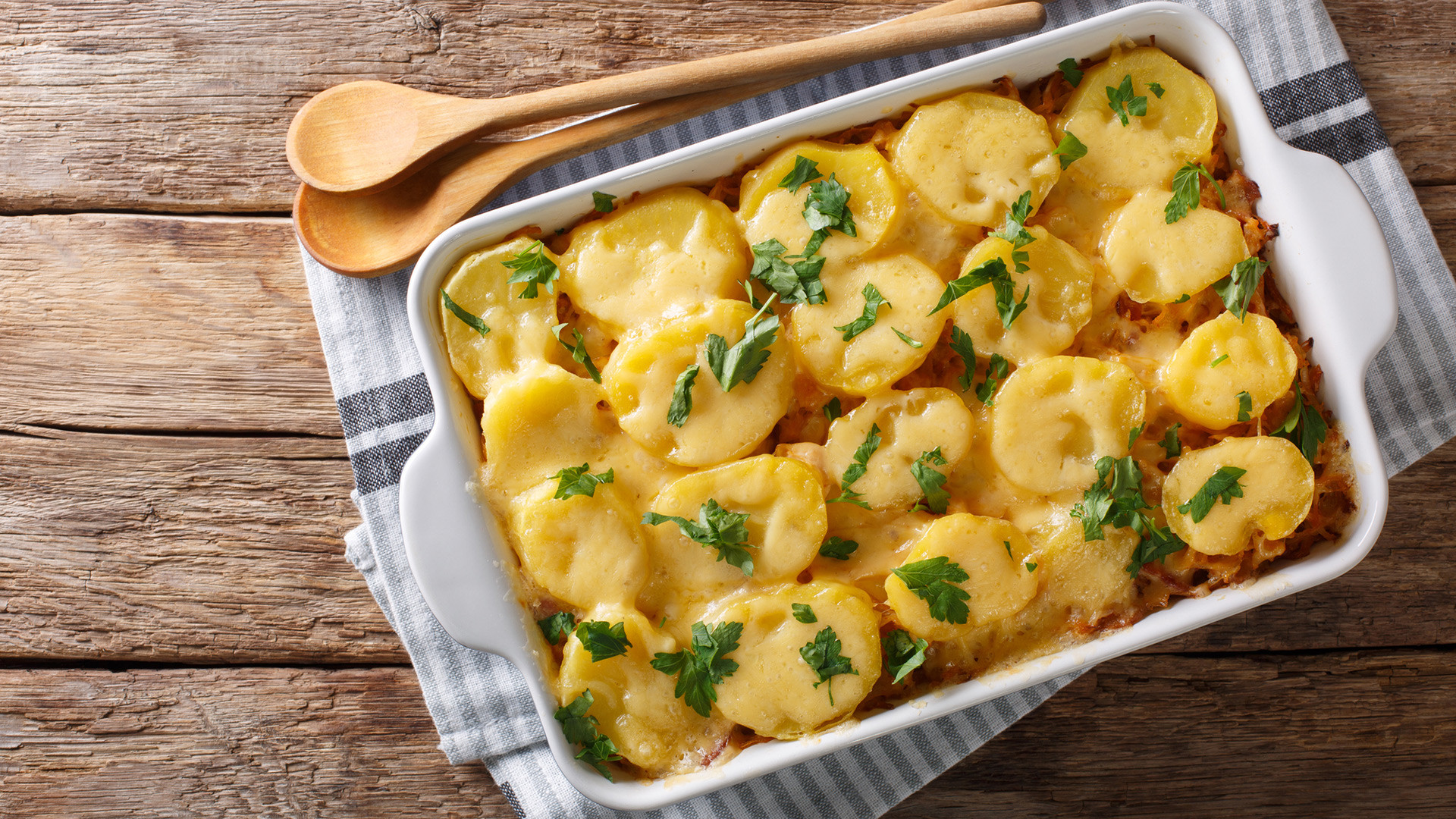 Russians have a special love for casserole. Although this recipe is far from “classic” status, the dish is highly appetizing all the same.

Peeled potatoes are cut into slices 5 mm thick. Finely chopped garlic, spices, and salt are added and everything is mixed together. Bacon and cheese spread are cut into cubes and added to the potato. The mixture is spread out in a pre-oiled baking dish.

50 g of smetana and mayonnaise are mixed separately and poured on top with grated cheese. Oven-bake for 40-50 minutes at 200 C.

Read more: Zapekanka: the miracle dish you can cook with leftovers