Swirl like a Russian: Treat yourself to nostalgic egg white cream cones 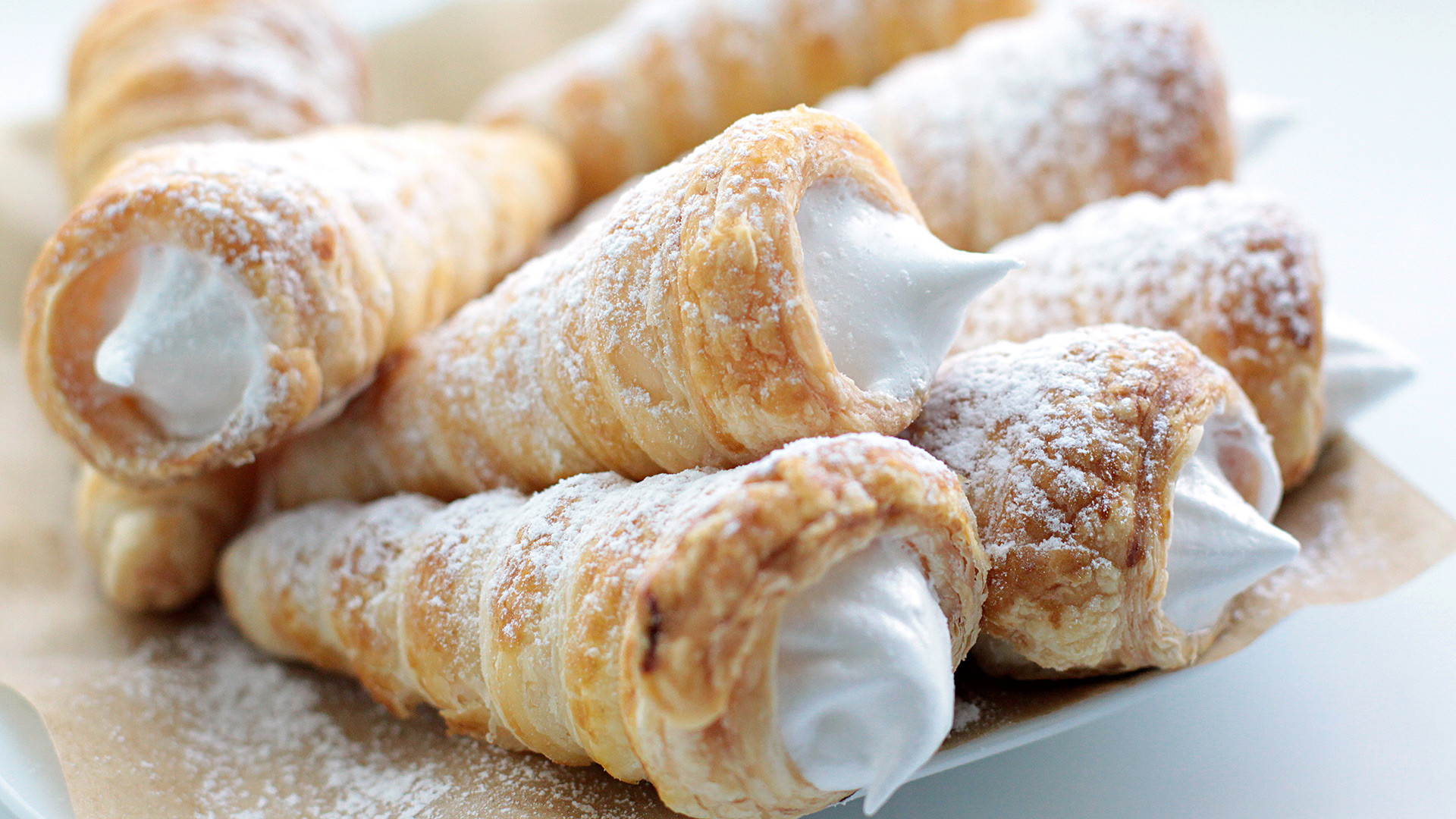 Victoria Drey
Here is the unknown story of how Soviet confectioners transformed a German recipe into a popular Russian pastry. Philosopher Friedrich Schiller probably would have loved it.

Puff cone with egg white cream is one of the signature Soviet pastries that’s still widely adored. As a child I remember always asking my mom to buy a couple of these cones in the nearby confectionary, and immediately biting into the crusty puff pastry covered with generous amounts of powdered sugar always stained my hands, nose and everywhere. What I’ve always loved about these cones is that in comparison to the rest of Soviet desserts they had the lightest and fluffiest cream: there’s no butter or heavy cream, and it’s made only of sugar and egg whites.

I had always considered egg white cream cones to be an authentic Soviet delight: my parents and even grandparents remember how it sold for 22 kopecks in most canteens and bakeries in the USSR. However, it appears that the original recipe comes from Germany, which has a similar dessert, Schillerlocke, named after the eminent poet and philosopher, Friedrich Schiller.

This name comes from his signature hairstyle – beautiful golden-blond curls that were a major inspiration for the pastry’s shape. They could be filled with whipped cream, meringue and even savory stuffings such as mashed potatoes. Apparently, Soviet confectioners adopted the German recipe and filled it with egg white cream, which was widely used along with buttercream and custard.

The best thing about egg white cream cones is that you don’t really need expensive or exotic ingredients to make them: you’re likely to easily find them in your fridge. The only complicated part is the special metal tubes for wrapping the puff pastry to get the iconic cone shape. And here is the good news: you can easily replace them with do-it-yourself ones made from regular kitchen foil.

1. First, thaw your favorite store-bought puff pastries to room temperature. Cut each sheet into 12 strips about 1 centimeter in width. 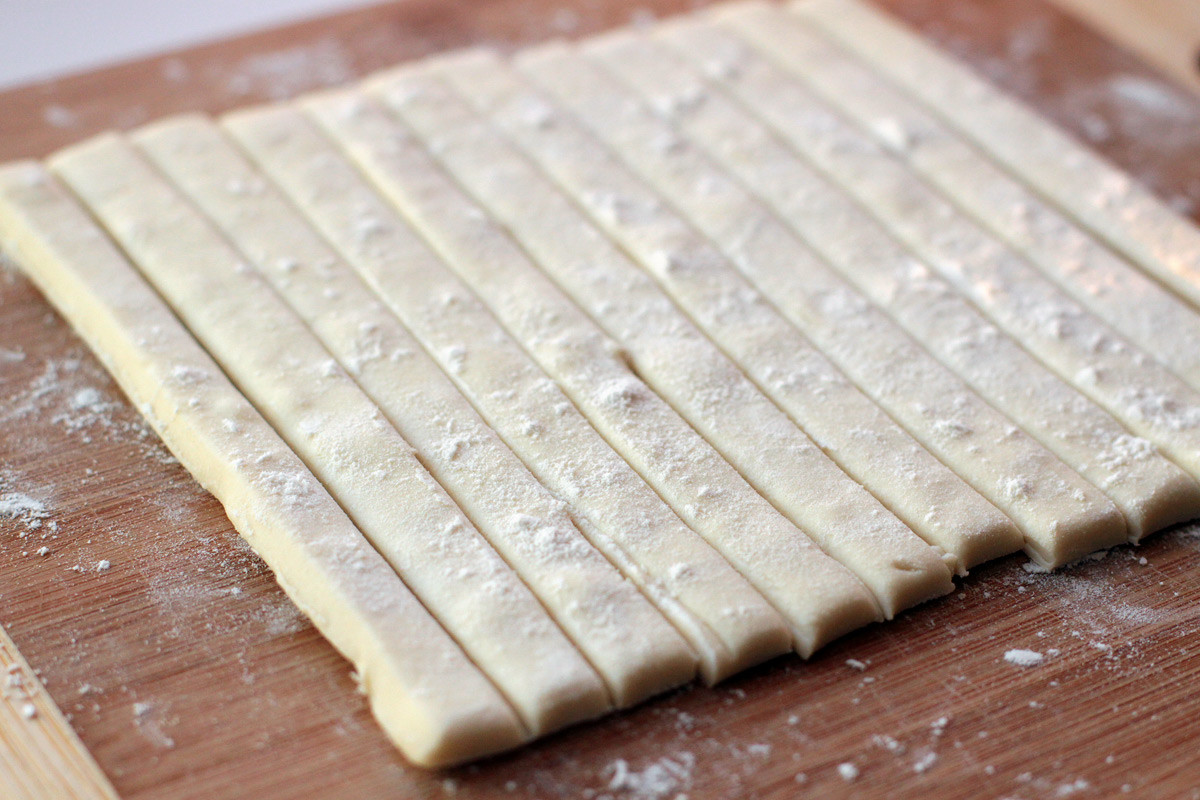 2. Now, generously dust the cooking surface with flour and carefully roll out each strip so that it is twice longer but still quite narrow. Next, make cones from the strips: stainless baking cone forms are the handiest. 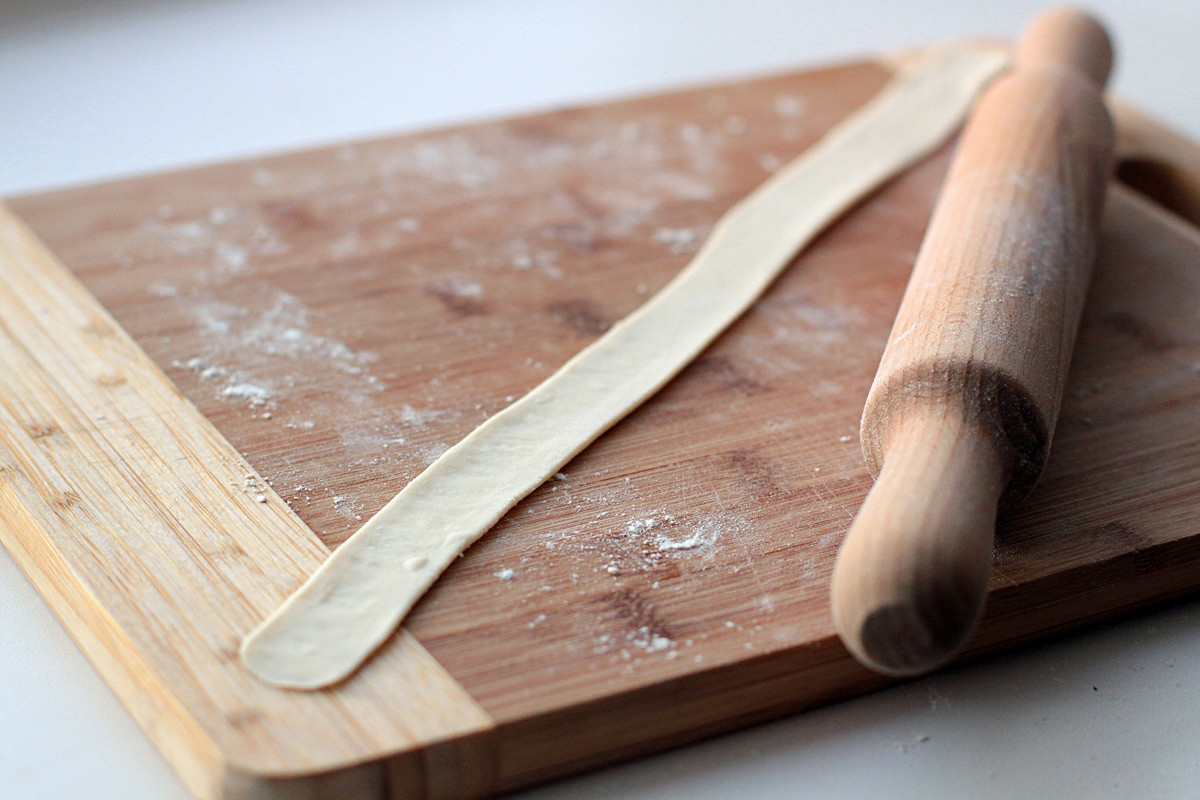 3. To make the cone, wrap one puff pastry strip around a tube in a spiral manner – start from the bottom pointed end. Make sure to slightly overlap the edges of the pastry strip. Repeat with the rest of the pastry pieces. 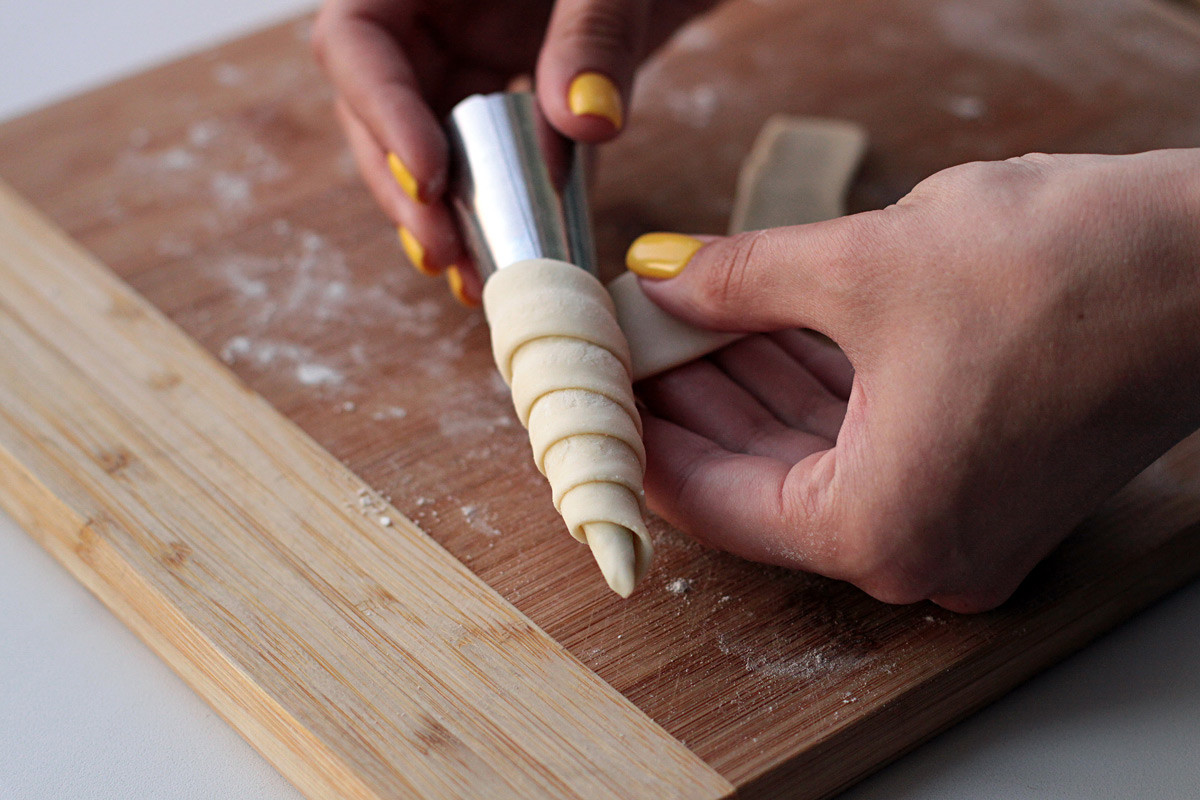 4. Transfer all the cones onto a baking tray covered with a sheet of parchment and brush them with egg wash: just whisk one yolk with two tablespoons of water. 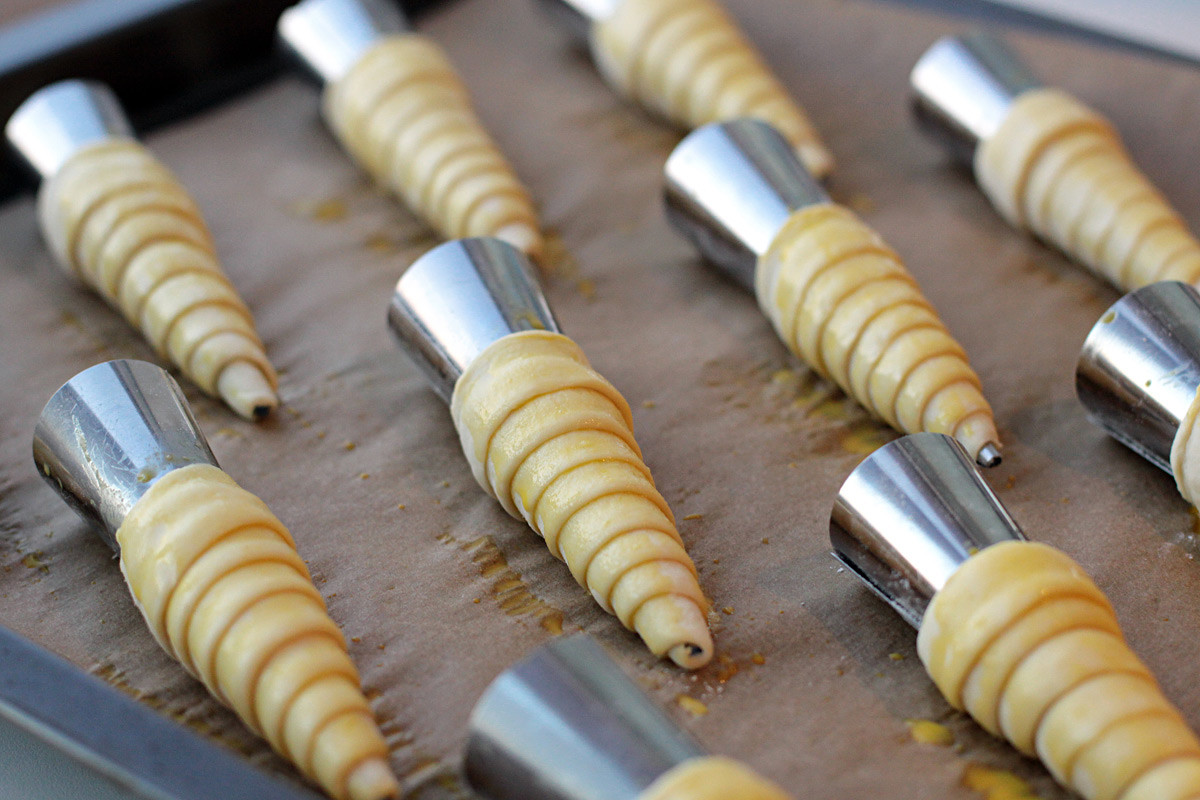 5. Bake for about 25 minutes at 180°C until the cones are puffy and slightly golden-brown on top. 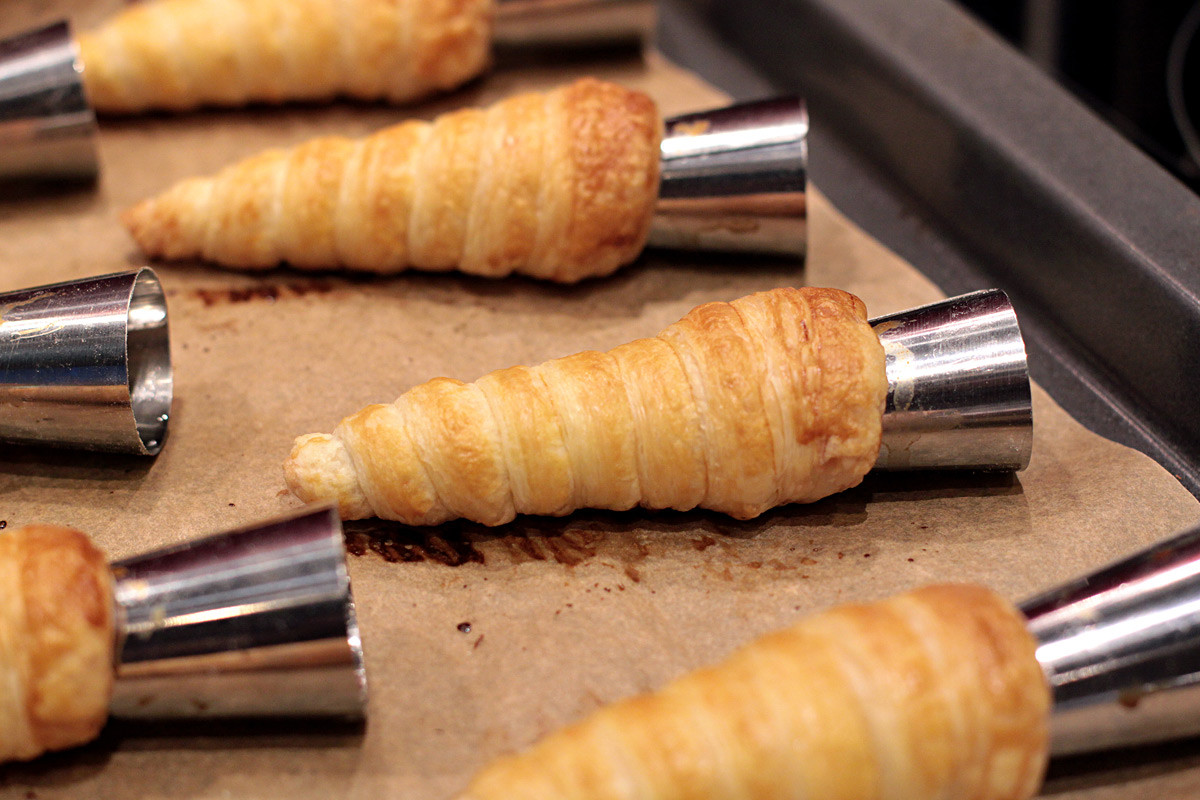 6. Prepare the signature egg white cream: in a pot mix water with sugar and bring the mixture to a boil. Simmer on medium heat for around 5 minutes until you get nice and clear sugar syrup. 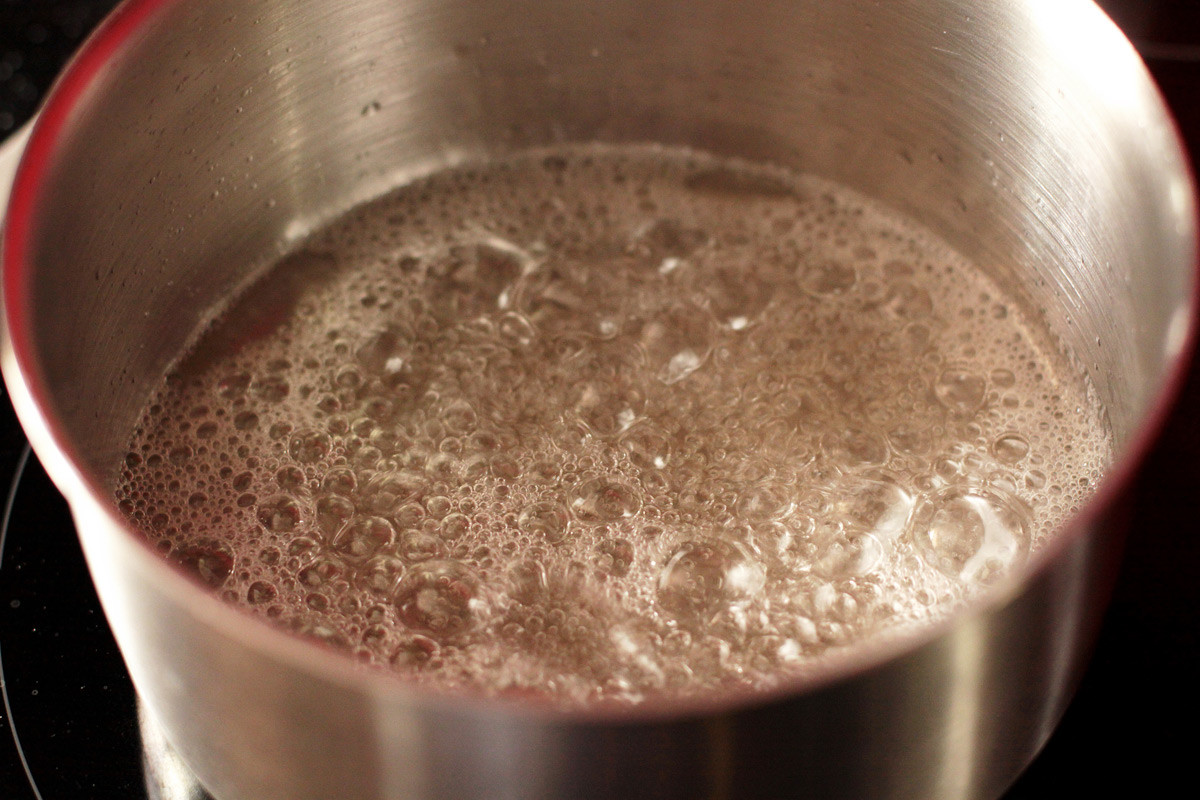 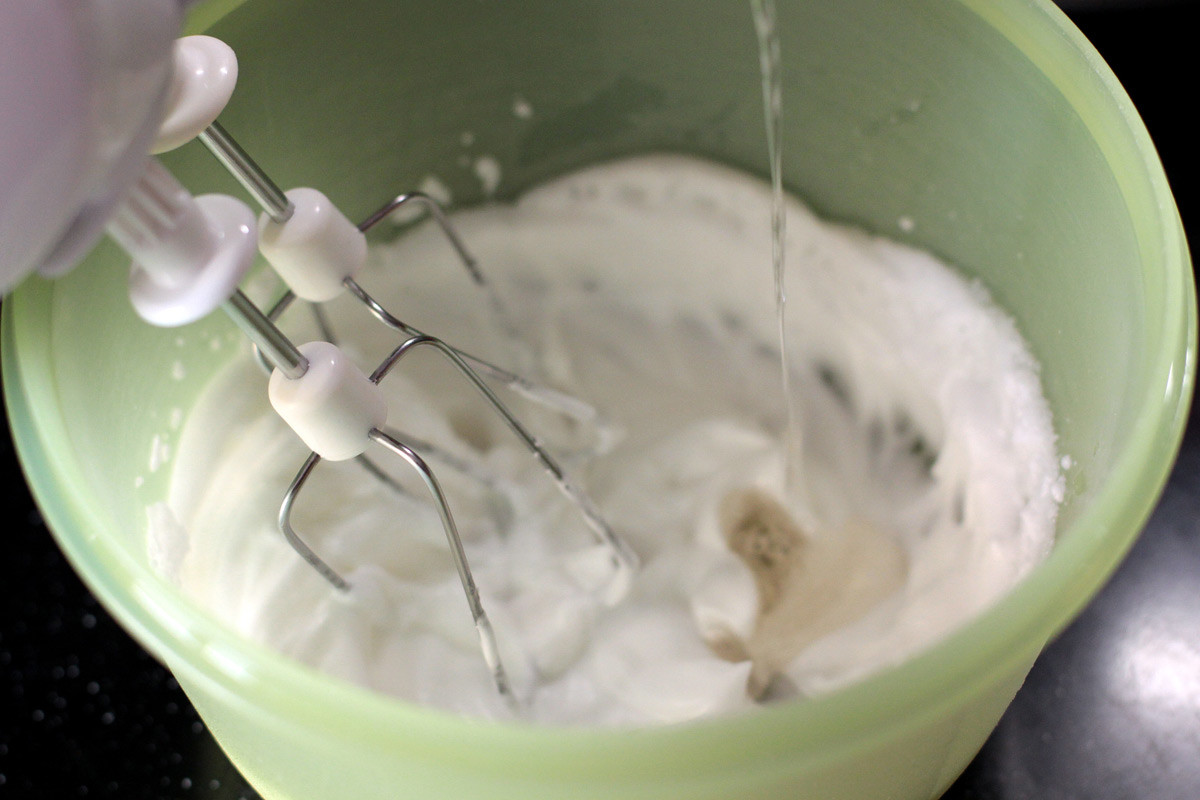 8. Work with mixer for another couple of minutes until the egg white cream holds shape and gets very smooth and literally glossy– now it is ready. 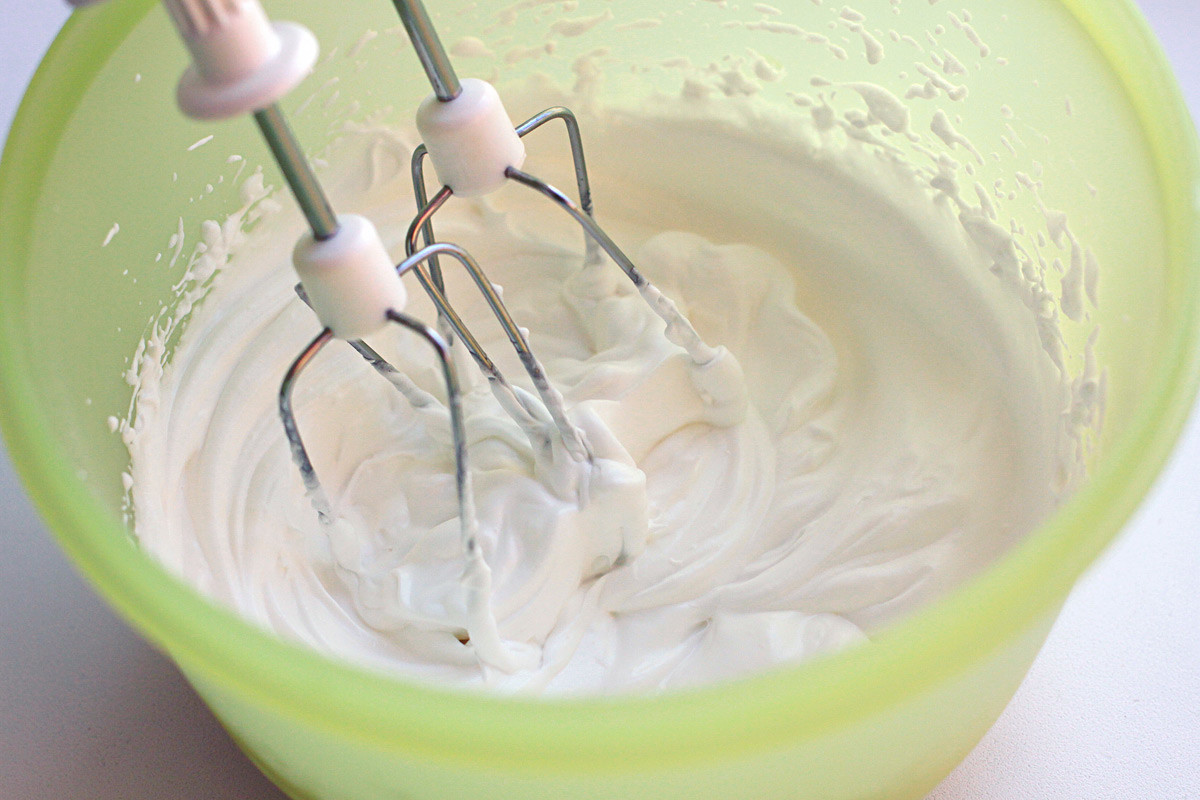 9. Make sure that the puff pastry cones have completely cooled, and start filling them with the cream – I always use a piping bag. 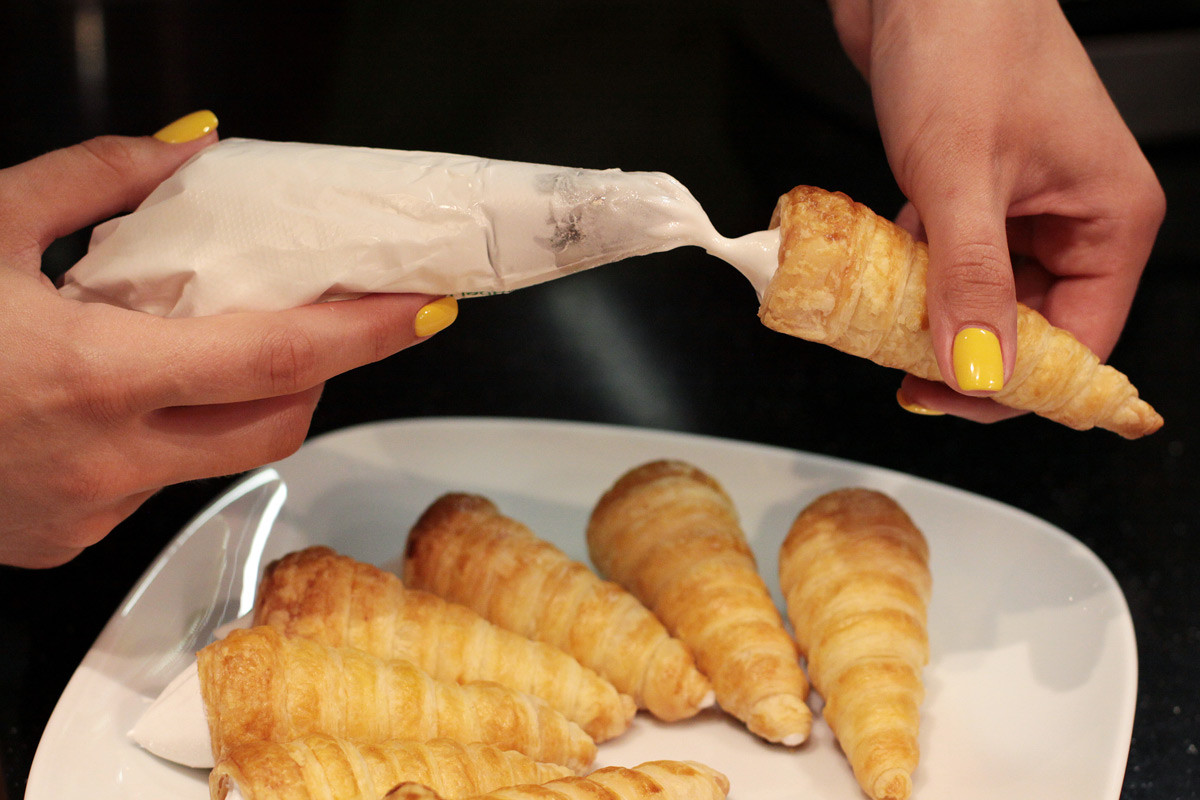 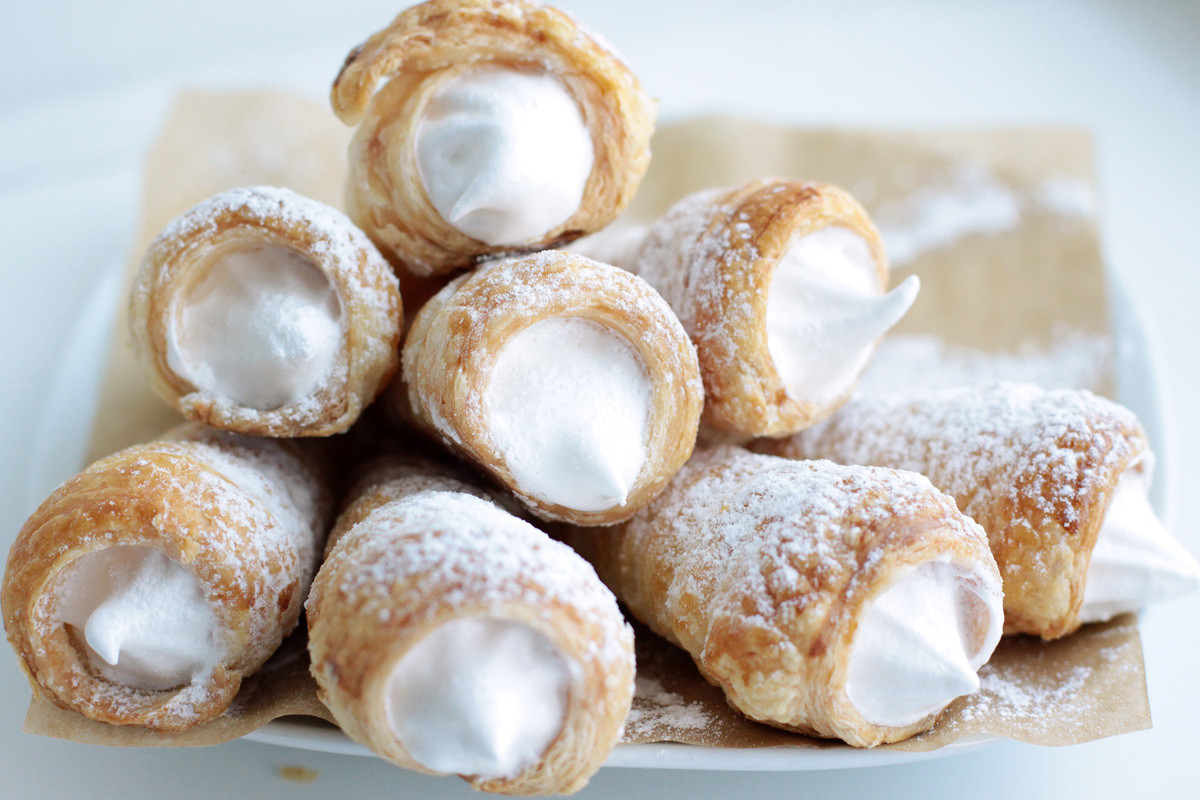