What is ‘poldnik’, Soviet merienda, or 5 o’clock tea? 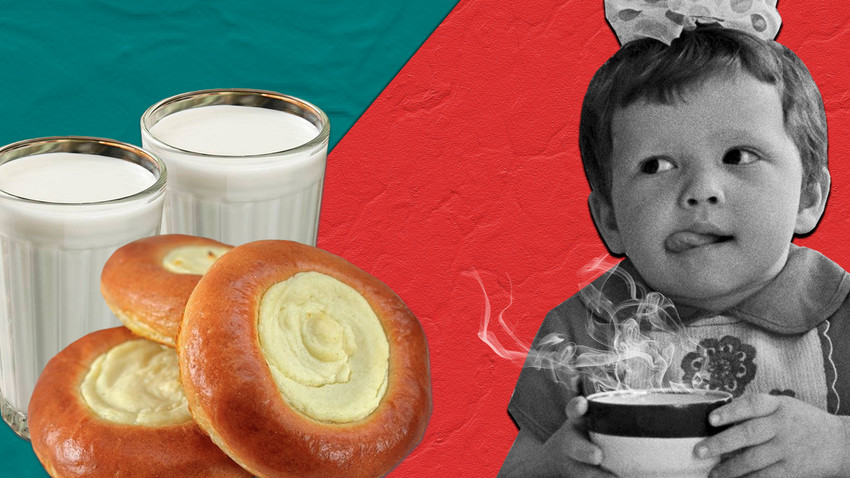 V.Korotkov/TASS
When we hear ‘poldnik’, it reminds us of our childhood, kindergarten or summer camp and revives sweet memories about Soviet snacks.

The Russian obsession of having tea with sweets has roots in childhood. Since Soviet times and up until today all Russian kids have been having poldnik in kindergartens. It is usually a time of hopes since you never know what’s on the menu today! While one dreams of cocoa, others try to predict which pastry will be served. Adults are also still having poldnik - in sanatoriums.

How did poldnik first appear?

According to the most recent edition of the Explanatory Dictionary, poldnik is ‘a light meal between lunch and evening meal/dinner’.

Interestingly, in the first dictionary of the Russian language (1863) that compiled the language spoken by peasants, a meal between dinner and supper was called 'pauzhin', an archaic word that  no longer exists in the modern Russian language.

In the first Soviet dictionary, which appeared in 1935, poldnik is listed as ‘breakfast, or an afternoon meal’. 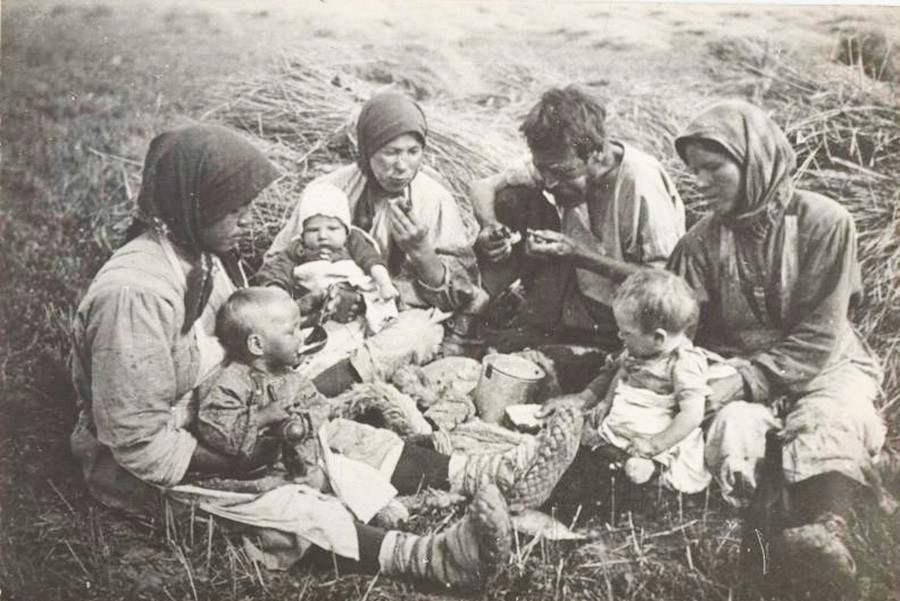 There are several versions of the etymology of the word poldnik. As in pre-revolutionary and early Soviet times poldnik meant an afternoon meal and the meaning referred to ‘afternoon’ (‘polden’ or полдень). At 12 pm when the sun was high, Russian peasants had a small rest and a small meal. They usually started their day at 4-5 a.m. with breakfast, then had lunch at about 9 a.m., and finally had a kind of afternoon siesta under the shadow of birch trees with small snacks - poldnik.

In the pre-revolutionary tradition of the Russian Orthodox Church, after a noon mass called ‘obednya’ (from the word ‘obed’ or обед which mean lunch) people drank tea together, before the main meal that they had at home. But the Soviets had to abolish the religious traditions, so they just replaced lunch and poldnik.

From those times poldnik referred to another version of the word’s ancestry: ‘half of the day’ or ‘midday’ (pol-dnya, or polovina dnya, ‘полдня’ or ‘половина дня’ ). So, proletarians and factory workers knew that around 4 p.m. half of their working day was over and they could have a small snack and rest. 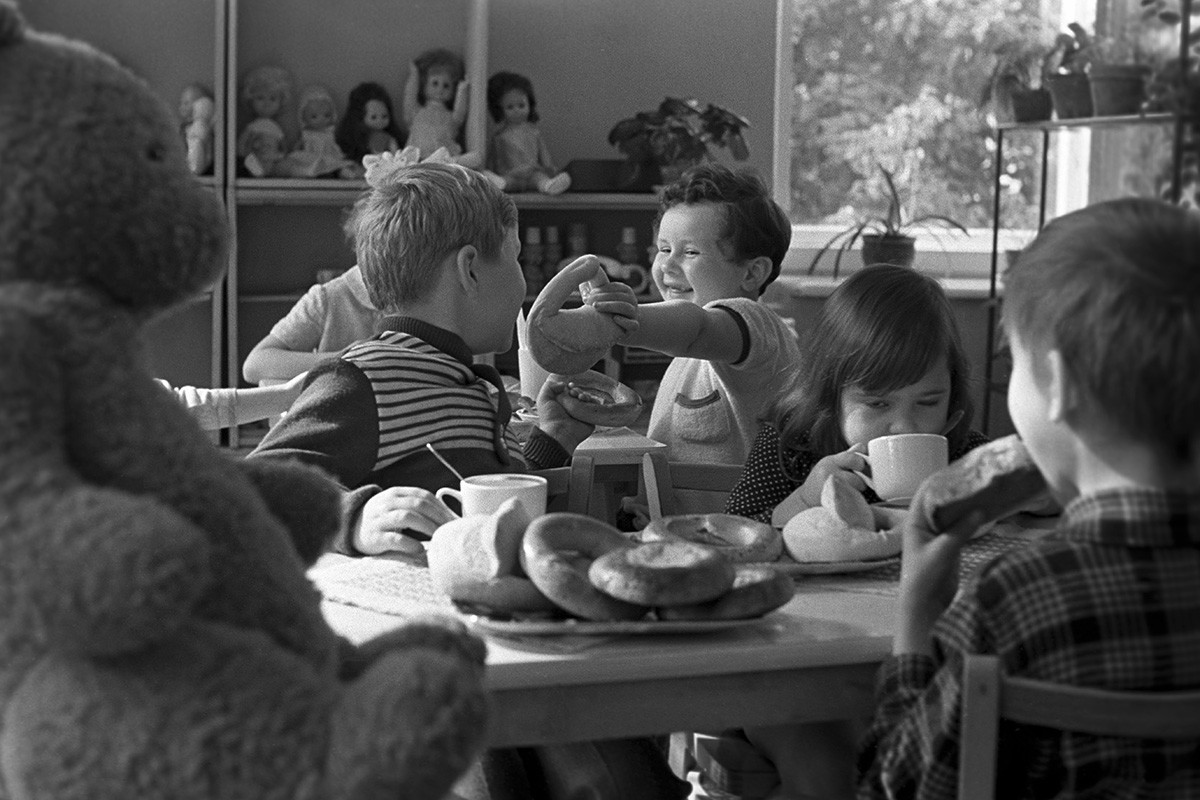 According to Soviet educational system, kids were supposed to have poldnik following their afternoon nap in order to give their bodies a chance to recharge.

What do Russians eat on poldnik?

According to the official sanitary rules and regulations of modern Russia, poldnik should contain 10-15 percent of the daily norm for calories (for kids aged 3-7 years it's 1,800 calories per day). 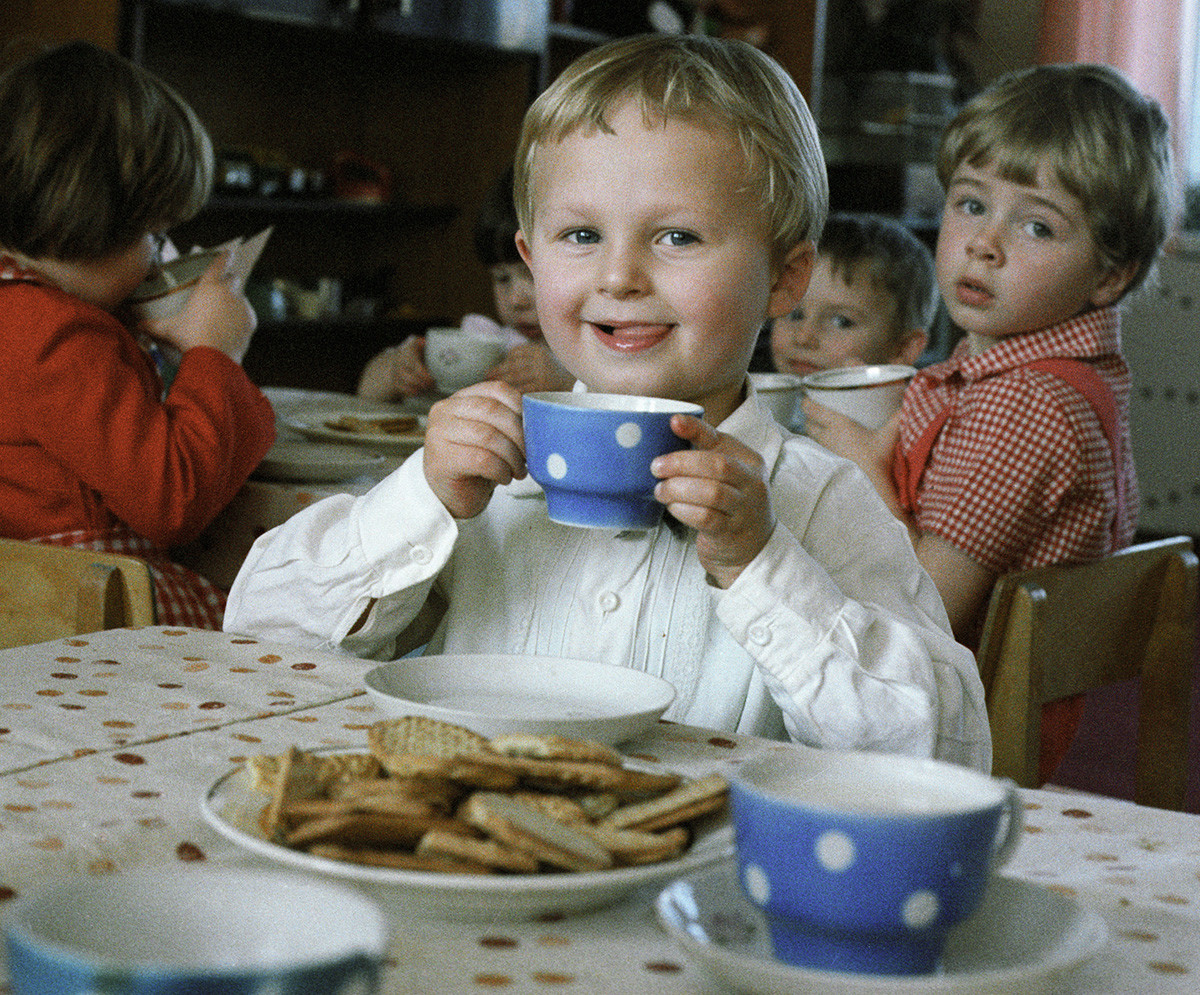 Poldnik consists of a drink and a snack. A variety of drinks could be served including tea, cocoa, juice, kissel (a jelly drink from berries), compote (a drink made from boiled berries, fruits or dry fruits) or sour-milk drinks and yogurts (never any soda or cola). By the way, all these drinks are frequently served in those legendary Soviet glasses.

As for snacks, it could be something baked, such as a pastry, a sandwich, small stuffed pies or cookies without cream. Another option is cottage cheese, or Russian cheesecake called zapekanka, which has nothing in common with classical New York cheesecake. 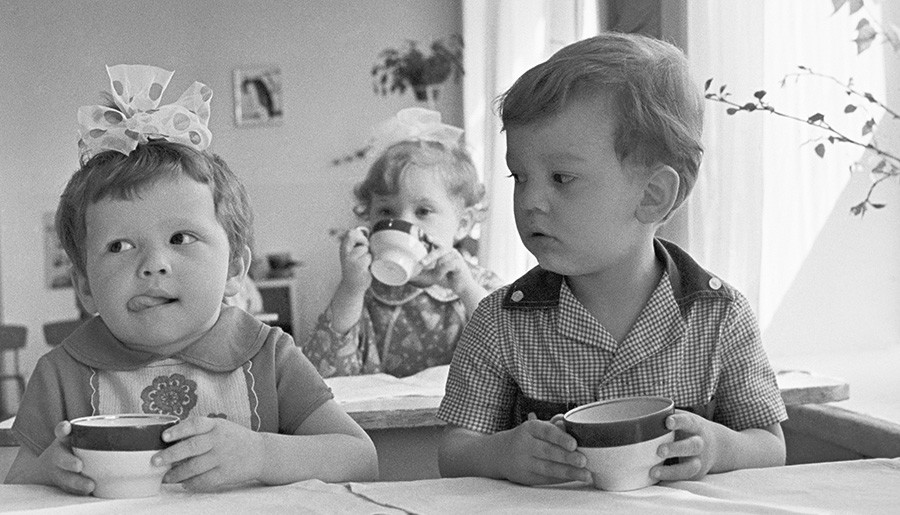 Usually around 3:30-4 p.m. after their afternoon sleep, kids gather in the dining room to have small snacks and drinks. Poldniks are served in kindergarten and summer camps where kids spend 8-10 hours or the whole day. In schools it’s an optional thing since school students don’t have a midday nap and usually go home soon after lunch, at around 1-3 p.m.

As we’ve mentioned, poldnik is still a thing in kindergartens and summer camps. But what about adults? 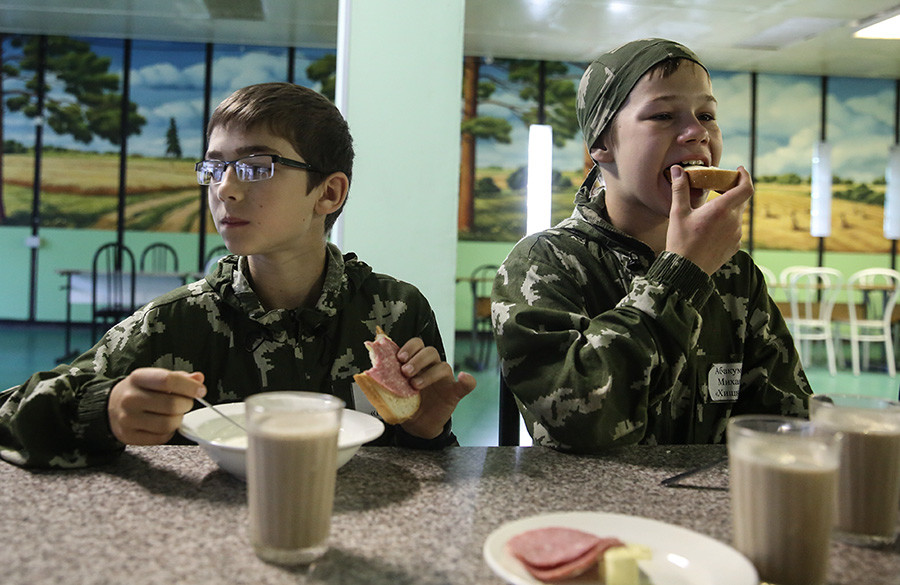 Adults are having poldnik in medical resorts - sanatoriums, as well as in hospitals. It is usually a very light one, and could consist only of kefiror some other sour milk drinks. Experts consider that healthy eating should include four to five meals each day (sometimes the second breakfast is included). This will help you to avoid overeating when you have only three traditional meals (breakfast, lunch, dinner).

In general, however, Russian adults associate poldnik with something from the past, from their childhood and often it is mentioned in jokes. 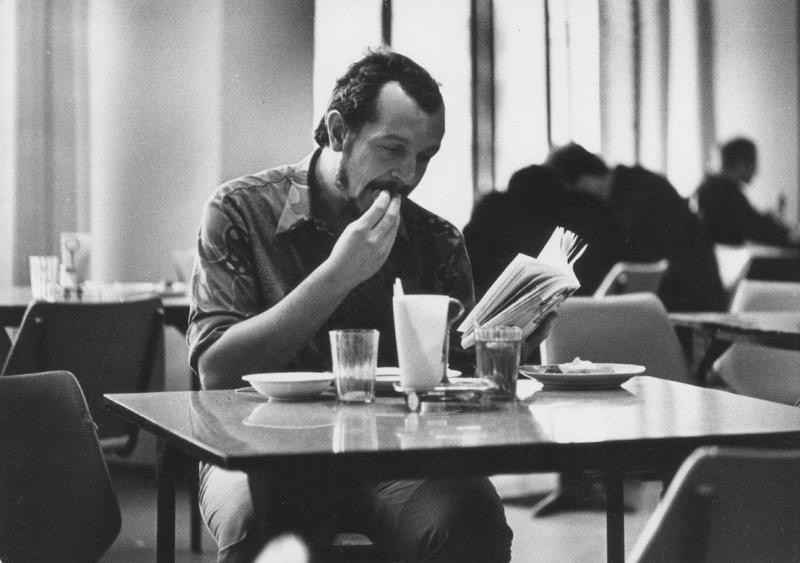 Office managers in Russian have a tradition of after dinner-time tea around 5 p.m. It is also a good reason to take a small rest since the working day is almost over and people are already tired. Still, there is an hour or two - and then people head home. so it’s a long time to wait before dinner/supper.

Finally, as I am about to finish writing this article, I am excited that I’ll soon have my 5 o'clock snack, my poldnik. My tea and old-school Soviet waffles are waiting for me!

READ MORE: Why are Russians obsessed with sunflower seeds?