5 Soviet canned corn dishes that you can cook right now 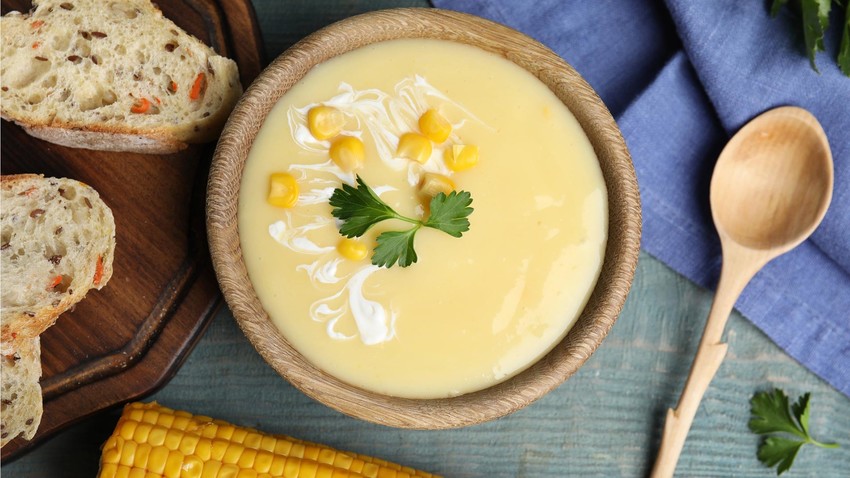 Legion Media
What corn dishes were cooked in Soviet times, and still are?

Until the late 1950s, the Soviet corn crops were very modest. The situation changed after Nikita Khrushchev visited a US corn farm in 1959 and made the acquaintance of farmer Roswell Garst. After that, the "queen of the fields" sprung up everywhere in the Soviet Union, even in northern climes, despite being a fair-weather crop. Corn flakes, cornbread, corn sticks, corn on the cob, and canned corn all appeared in the diet of Soviet citizens. After Khrushchev was deposed, the “corn campaign” was curtailed, yet the product remained part of the national diet.

The famous Book of Tasty and Healthy Food, published in the Soviet Union in 1952, contained only three recipes for canned corn. The best was for the following curious snack. 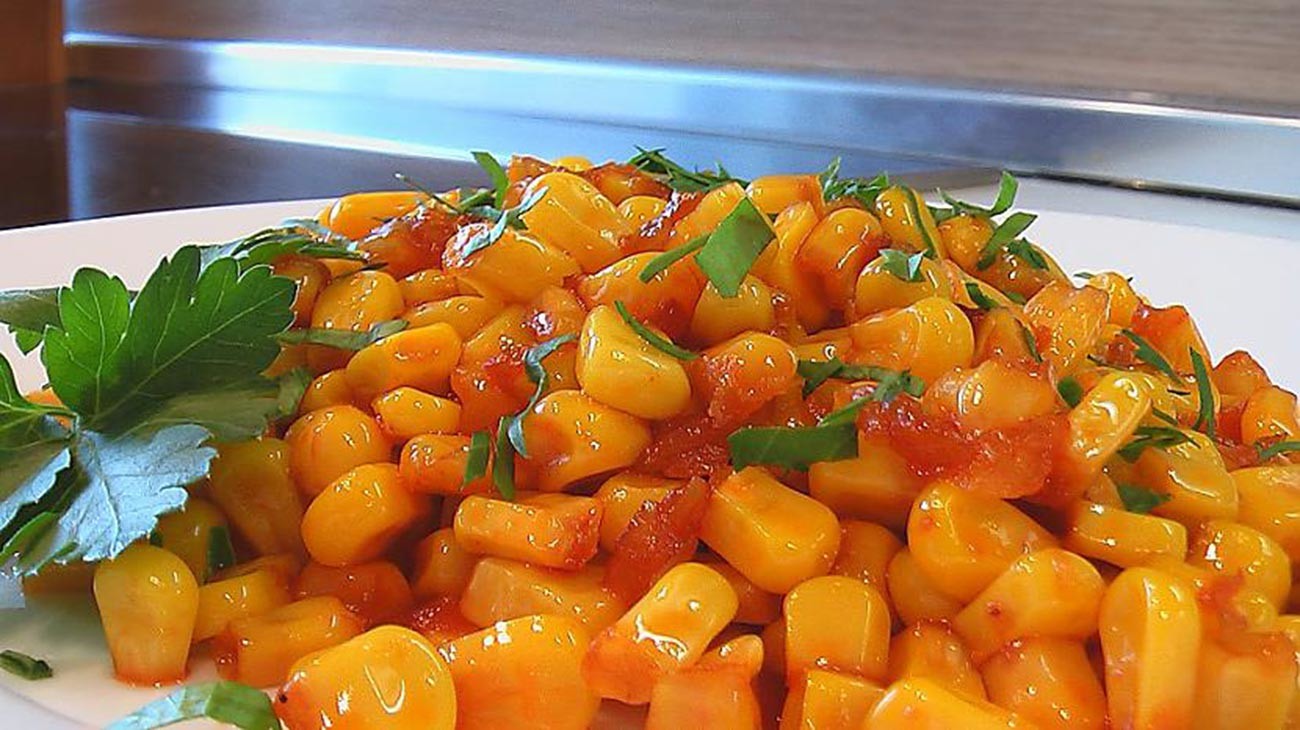 How to prepare: Lightly fry finely chopped onion (1 pc) in vegetable oil, add corn (1 can), tomato puree (2 tbsp), salt, and sugar. Mix everything and simmer for five minutes. During this time, wash and slice some apples, remove the cores, and bake in the oven. Makegrenki (croutons) from white bread. When serving, place the corn on the dish in a heap interspersed with croutons. Add the apples and sprinkle with fresh herbs.

Years of active propaganda resulted in a significant expansion of the corn repertoire. As such, later editions of the Book included recipes for corn soup and cutlets. 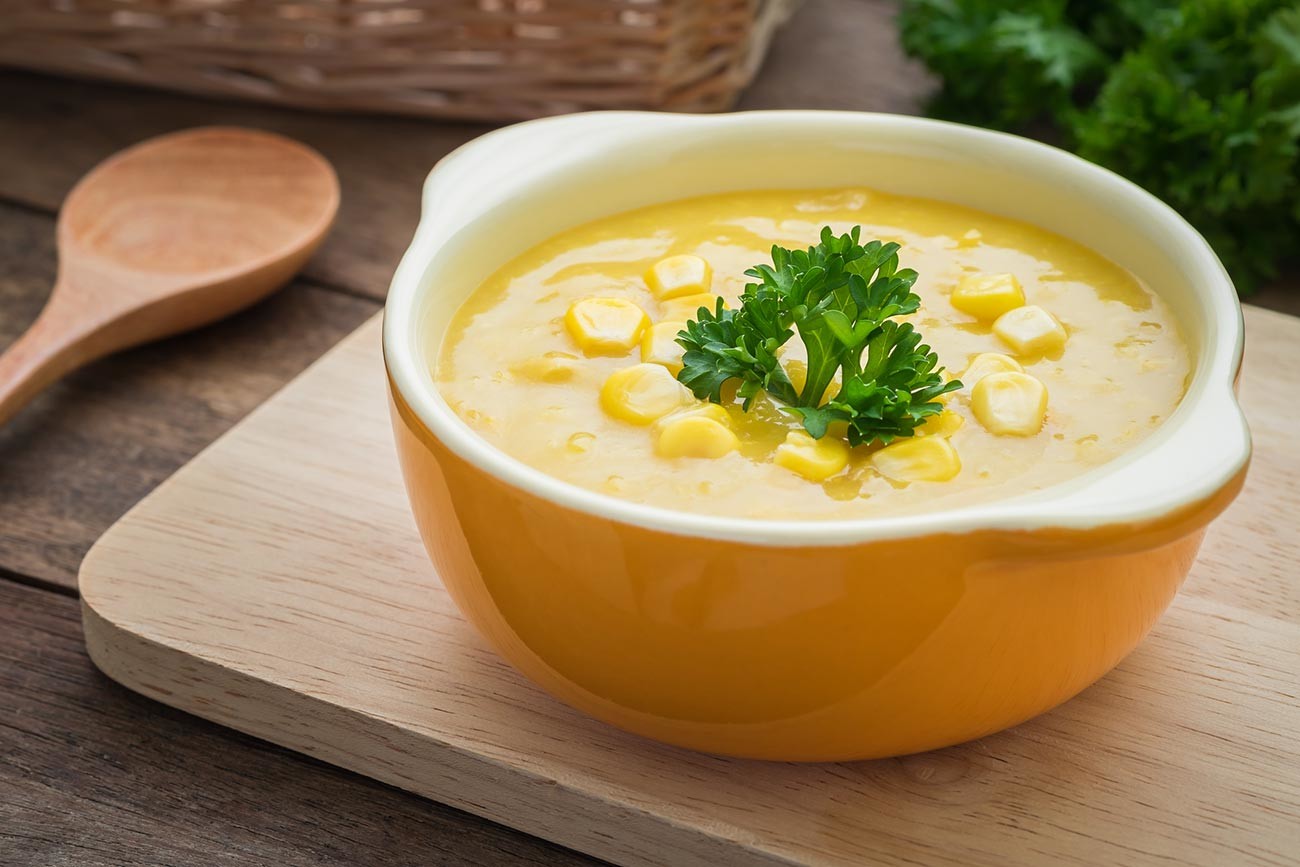 How to prepare: Run corn (1 can) through a grinder or blender, put in a pan, add 3 cups of water, and boil. Separately, lightly fry flour (2 cups) with vegetable oil (2 tbsp), dilute with hot milk (3 cups), boil, mix with the corn, and cook for 15-20 minutes. Run the soup through a sieve, heat, add salt, and season with more vegetable oil (2 tbsp). Serve with grenki or, yes, cornflakes.

This recipe was relatively new to the Soviet Union, but blended seamlessly into the Russian culinary tradition with its fondness for cutlets, vegetable fritters, and potato pancakes. 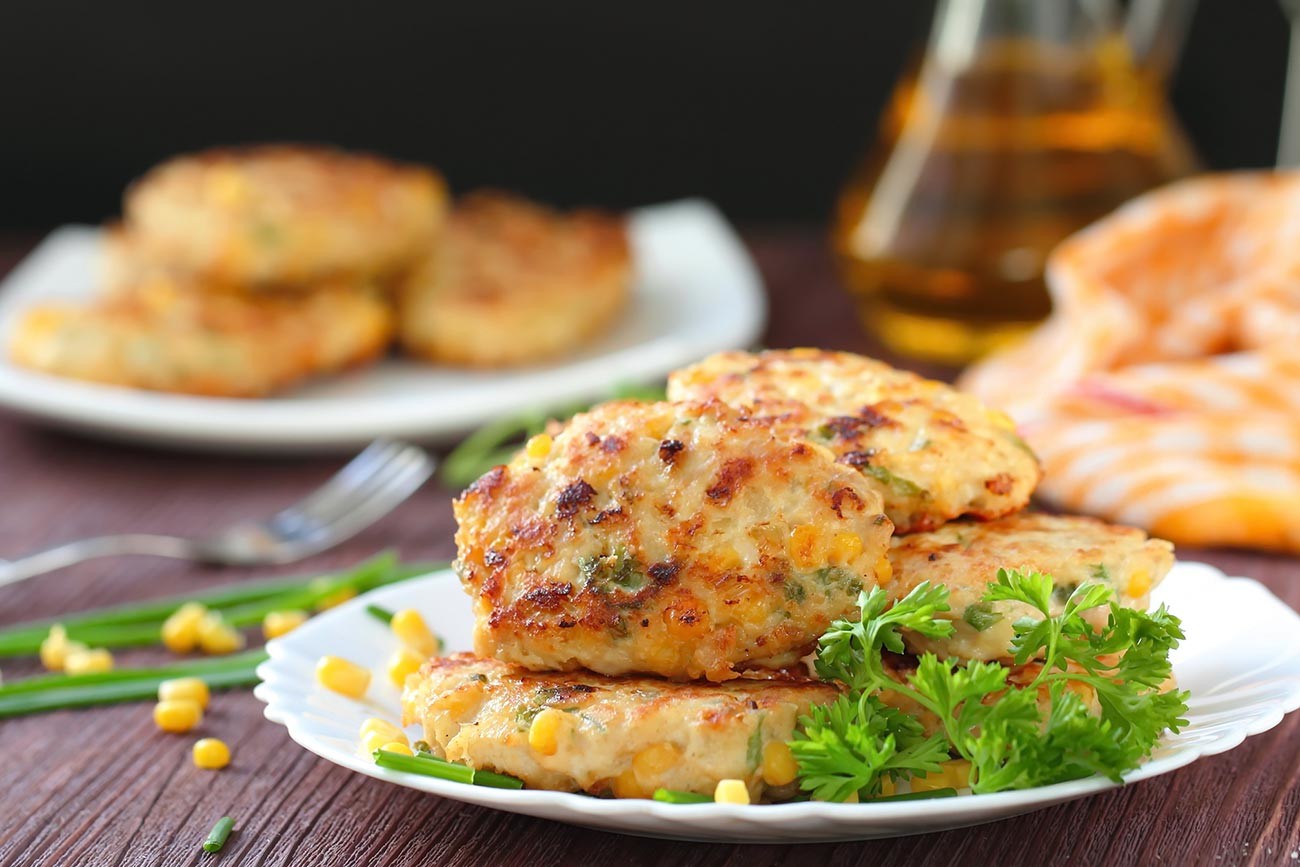 Zapekanka is very relaxed about ingredients and is easily made from leftovers — which was handy in Soviet times. It remains popular to this day. 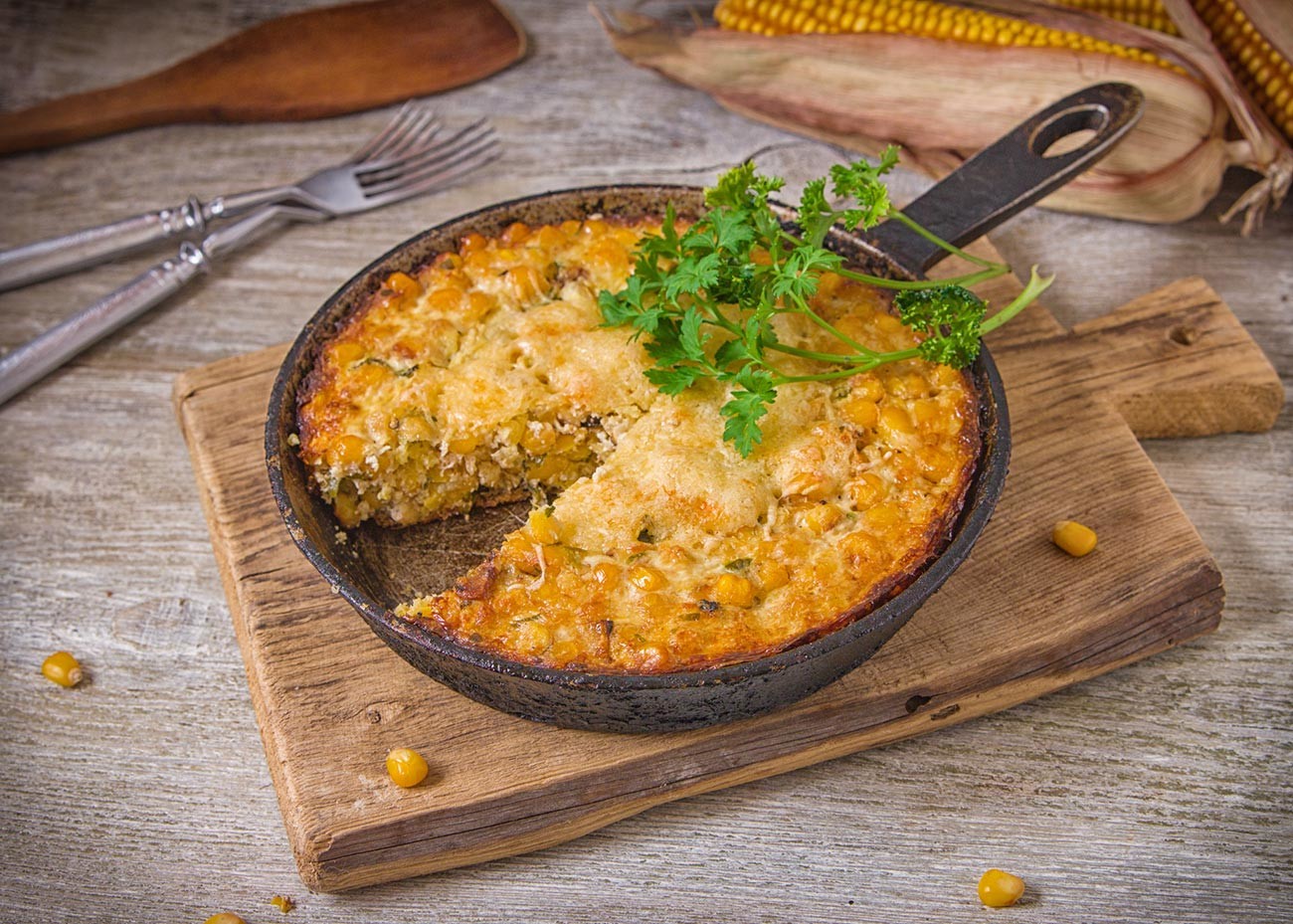 Cook potatoes (10 pcs) and mash with a mixer, having added milk (100 ml), smetana (100 g), butter (100 g), as well as salt and pepper. Put half the mash in a mold greased with vegetable oil, and smooth out. Lay the minced meat with vegetables on top, then a second layer of mash. Bake the casserole in the oven for 30 minutes at 180°C.

The late Soviet era saw the appearance of various salads made with canned fish, sprats, or crab meat, together with eggs, cucumbers, and corn. The most popular was crab salad. 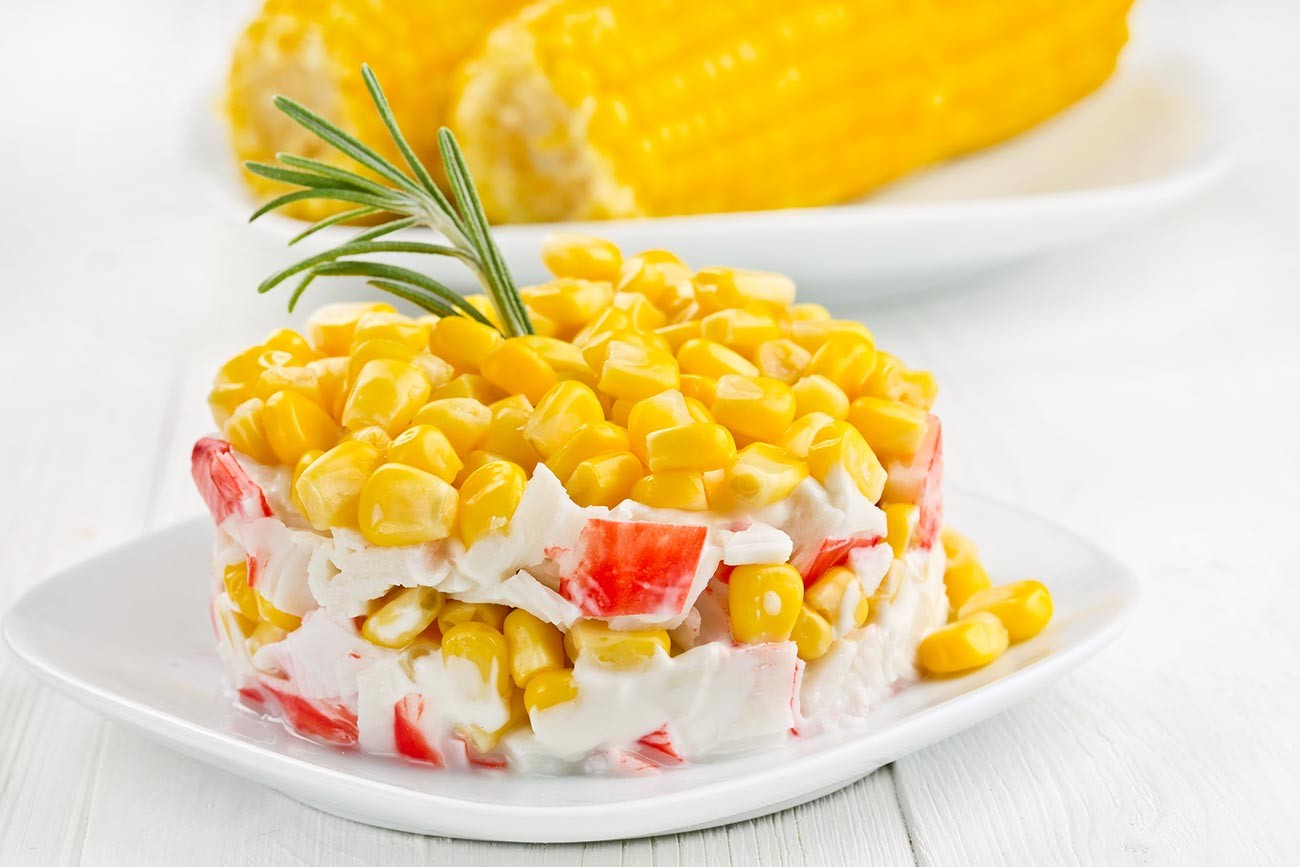 Read more: How the Soviet Union fell in love with imitation crab meat