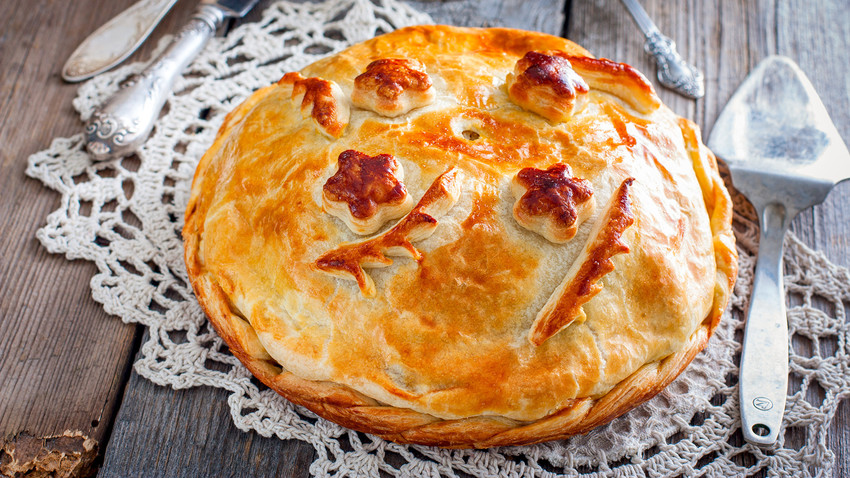 Legion Media
How to cook chicken fillets in a way that’ll have your guests lick their plates clean? 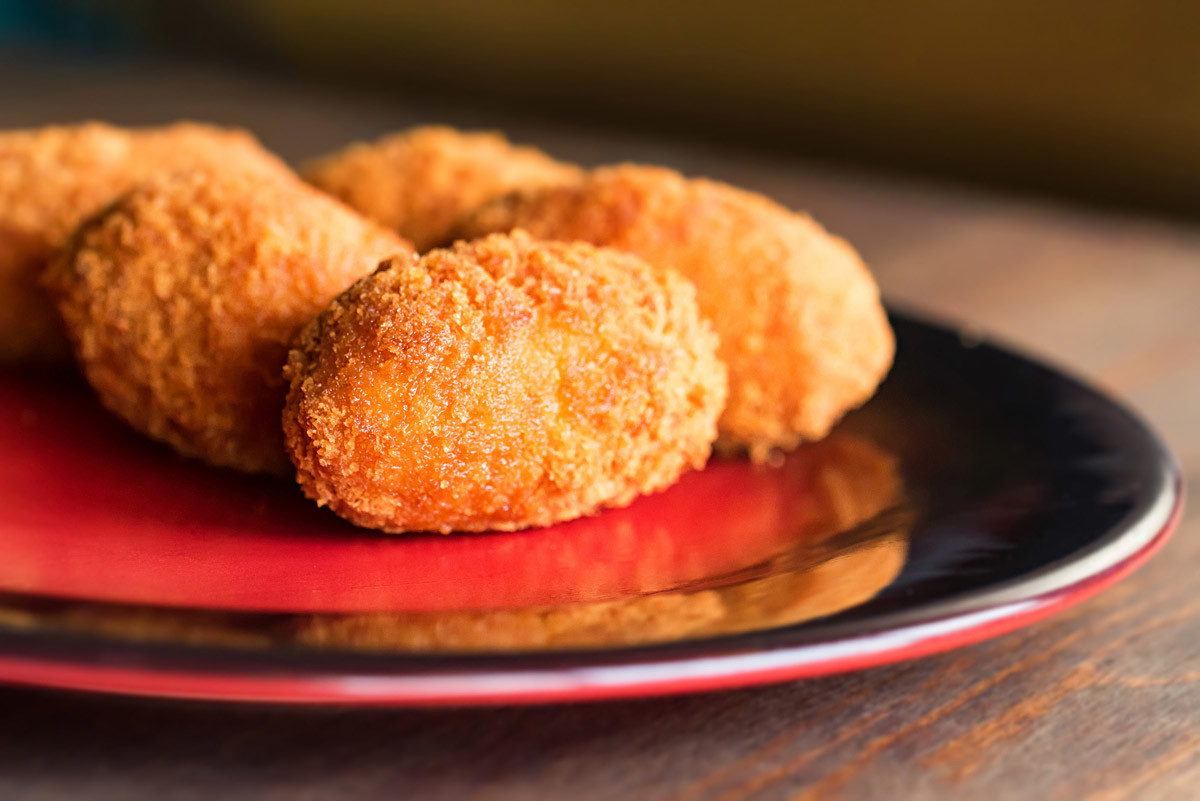 These chicken cutlets are the creation of St. Petersburg-based ‘Metropol’ restaurant, which was beloved by the country’s former Communist elite. The dish would often be seen on their tables.

‘Metropols’ are reminiscent of the classic Chicken Kiev dish, but with a different filling: liver. The other difference is in their size. They’re quite small - roughly two bites a piece. 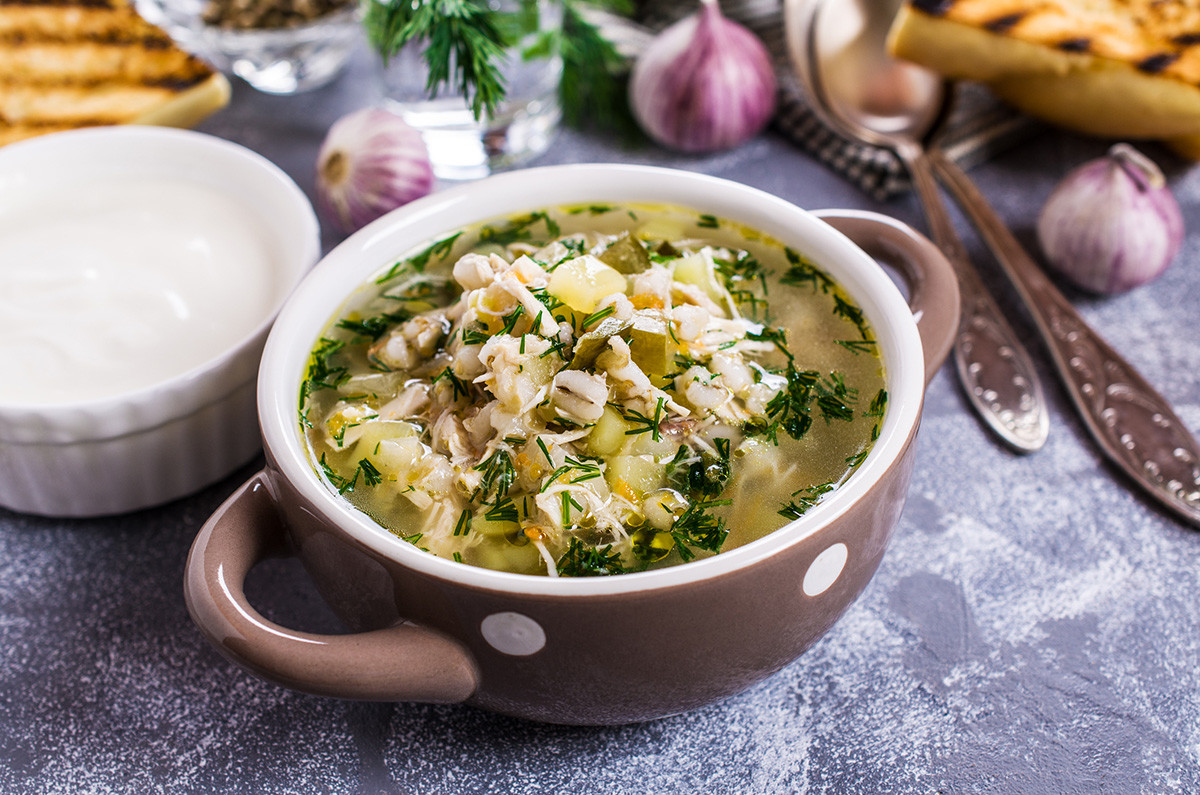 This version of the Moscow rassolnik, normally cooked with beef stock, appeared after the 1917 revolution. The soup is made using chicken stock with various subproducts and potherbs, which form the bulk of the dish. Barley porridge is not included in this recipe, which sets it aside from the original ‘Leningrad’ rassolnik.

How to make it: Boil ½ chicken (or 500 gr.) in 2.5 liters of water, strain the stock. Cut 1 parsley root into cubes and fry with 200 grams of celery, 1 onion and 200 gram of pickled cucumbers. Cut 4 potatoes into cubes. Cook the chicken until ready, slice and cut into small pieces, before adding it into the pot. Add bay leaf, 4 peppercorns, salt and ground black pepper. Take the cooked vegetables and raw potatoes and boil together until the potatoes are cooked. Add 150 milliliters of pickle juice to the soup. 2 minutes prior to finishing, add 2 teaspoons of lemon juice and a blend of whipped egg with milk and water. Serve with finely diced parsley and sour cream. 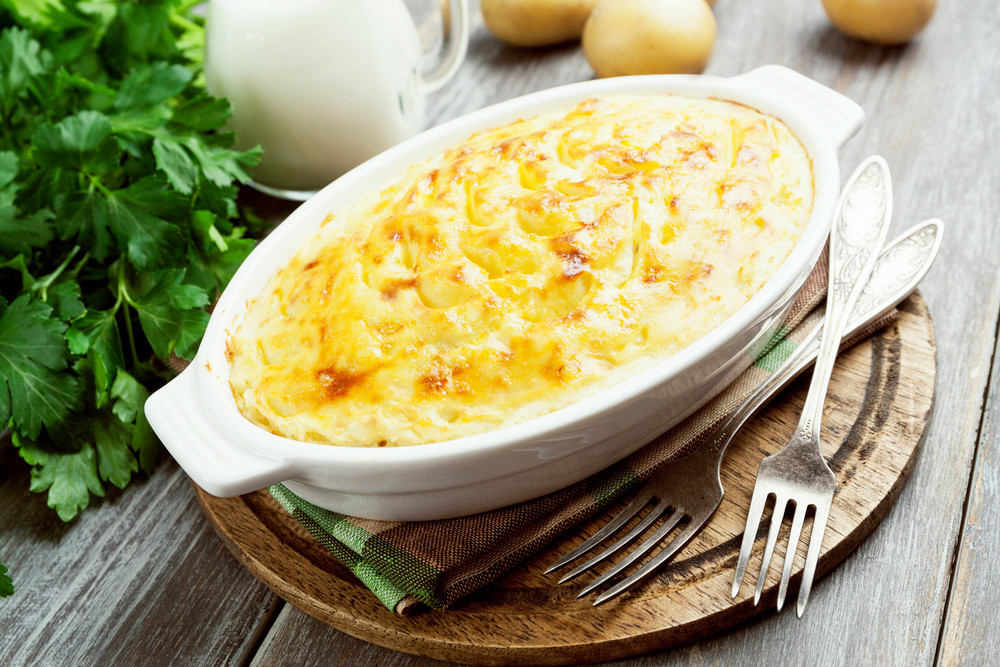 Casserole recipes in Russia are normally done with mashed potatoes and/or pork/beef mince, but chicken makes for a slightly lighter dish that is also softer in texture.

How to make: Boil 400 grams of chicken fillet. Make 600 grams of mashed potato using 100 milliliters of milk and 50 grams of butter. Put the puree in a buttered tray, cover with a layer of finely chopped chicken fillet, a glass of boiled or canned beans and whipped egg whites (2 pcs.). Cover with grated cheese (250 gr.) and bake at 180 degrees Celsius until crust forms at the top. Serve with sour cream and fresh herbs to taste. 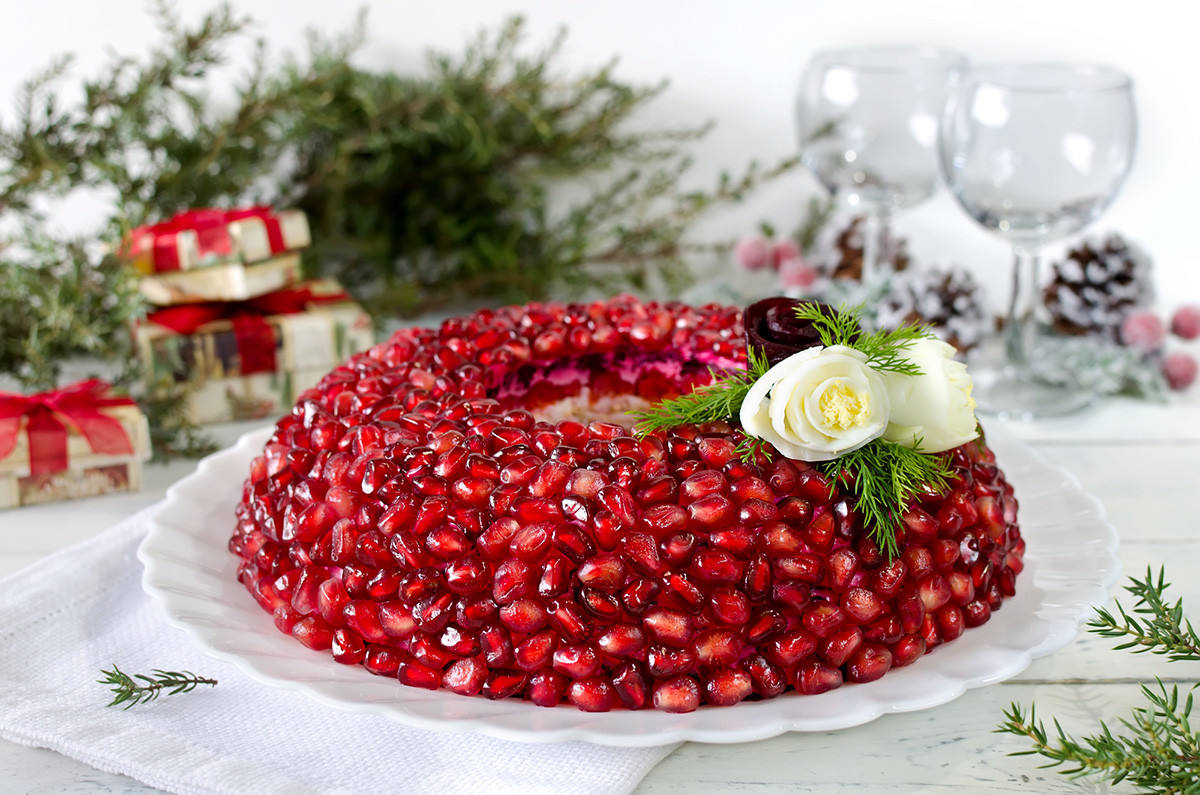 This salad is reserved for special occasions, and is a variation on the ‘herring under a fur coat’, except you lay it out in the form of a bracelet, with pomegranate seeds decorating the top. The poetic name is borrowed from a romance novel written in 1910 by the Russian author, Alexander Kuprin. 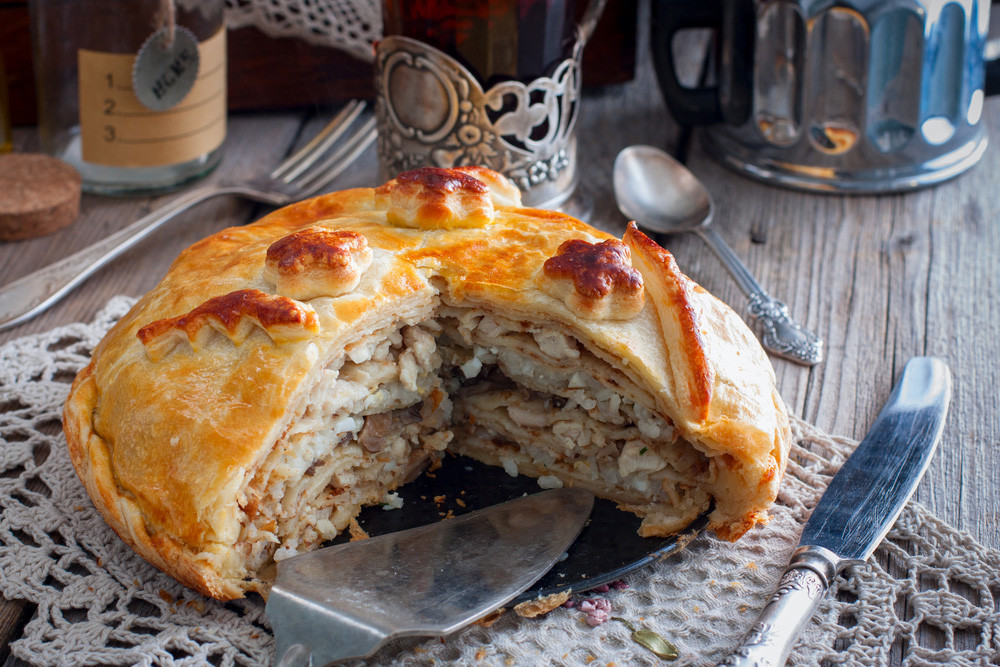 This pie dates all the way back to at least 16th century Old Rus’ - before Russia was formed, that is. It evokes images of the hat of Vladimir Monomakh, which could explain why it could often be found on the dinner table of none other than Ivan the Terrible. Aside from that, the pie could often be spotted at weddings and Holy Trinity celebrations.

In the wedding version, the ingredients took on a sacred symbolism: the flour was the basis of a happy married life, the grain - family welfare, the chicken - fertility, the little figures of the bride and groom, made from wheat were a symbol of a family with plenty of children, and the flowers - a symbol of beauty and femininity.