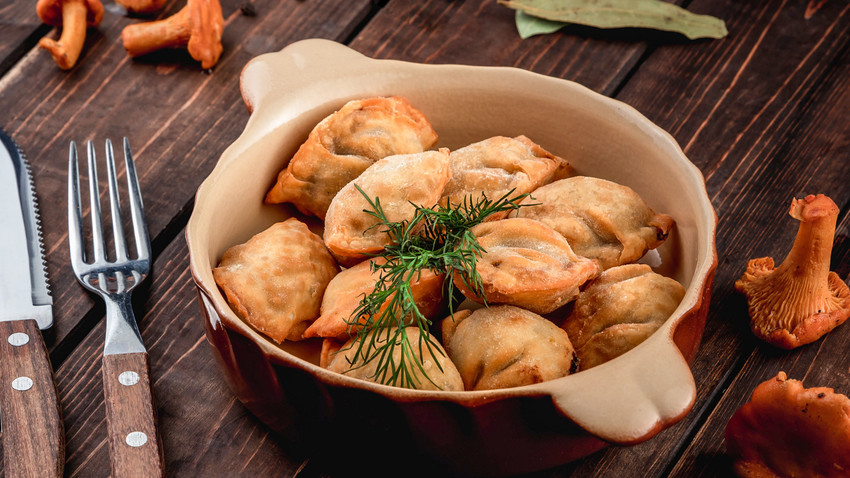 Besides buckwheat, you can also make kundiumy with rice.

/Legion Media
How to cook a traditional Russian dish with its signature dough and savory filling.

This largely forgotten dish calls for dumplings with two important differences. Firstly, the dough is made with an unconventional technique, and, secondly, they are not boiled, but baked and steamed in a mushroom broth in the oven.

“Everyone who has tasted these dumplings agrees that they’re both unusual and delicious, but in Russia there’s disagreement about how the original kundiumy were made”, says American writer Darra Goldstein in her cookbook Beyond the North Wind: Russia in Recipes and Lore.

The filling for these dumplings usually contains fresh or dried mushrooms and groats (buckwheat, rice or barley). “Although some older recipes call for hard-boiled eggs, I like the intensity of dried mushrooms and greens, with only a little buckwheat to bind. The flavors are very adult, thanks to the potent dried mushrooms, so I often add a dollop of sour cream to soften the effect,” Darra notes. 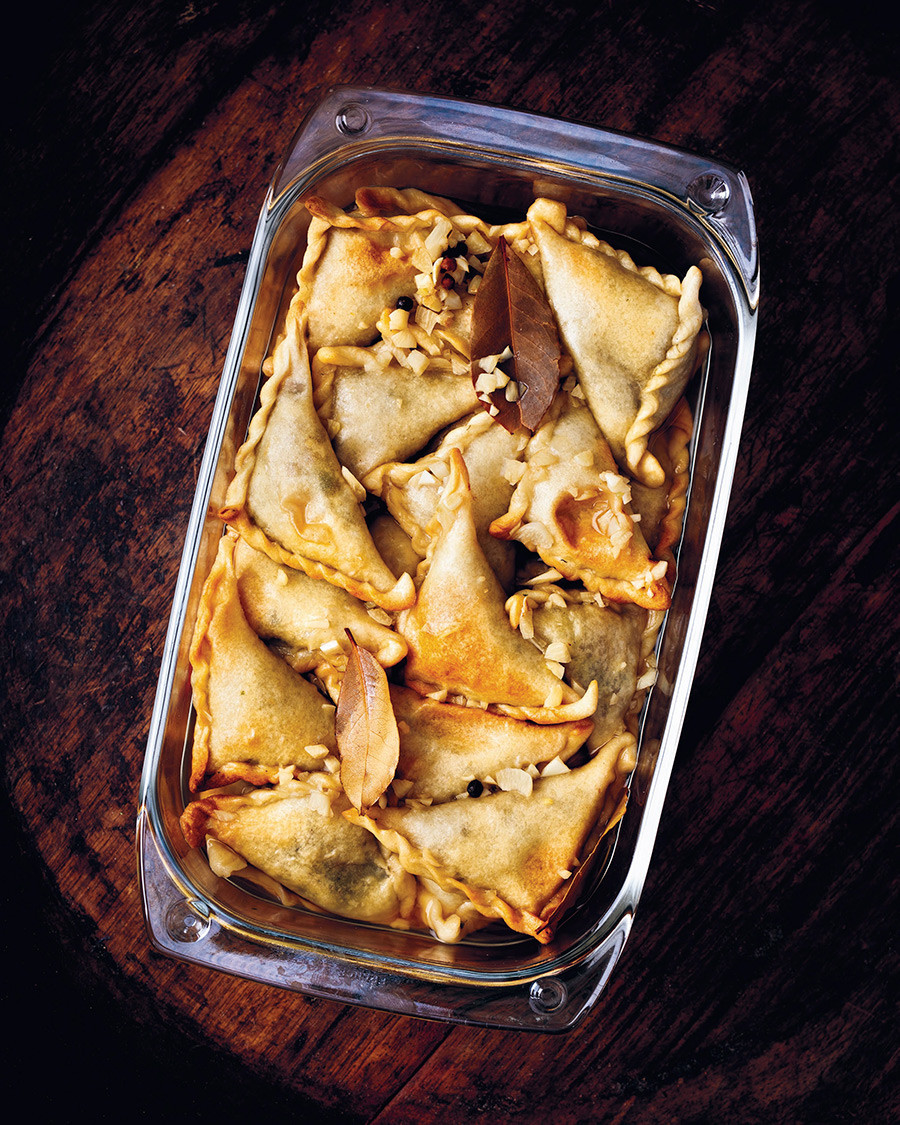 1. To make the dough, place the flour and salt in a medium bowl and pour on boiling water. Quickly add oil and stir briskly till the dough holds together. Knead the dough a few times in the bowl with your hands, then cover the bowl and leave the dough to sit for at least 20 minutes and up to 1 hour.

2. While the dough sits, make the filling. Reconstitute the dried mushrooms by soaking them in warm water for 30 minutes. Drain the mushrooms, setting aside the water, and mince them.

3. While the mushrooms are soaking, remove any coarse stems from the greens and rinse them well. Place them in a large pot and steam, using the water clinging to the leaves, for 5 minutes. Squeeze out all the liquid and finely chop the greens. You should have about 1⁄2 cup. Set aside.

4. Place the buckwheat in a small saucepan with cold water and a little salt. Simmer over low heat until the water is absorbed and the buckwheat is tender, for about 15 minutes. Measure out 1⁄2 cup and set aside.

5. In a large skillet, sauté the onion over low heat until golden, for about 8 minutes. Stir in the mushrooms, the greens, the 1⁄2 cup cooked buckwheat, a generous 1⁄2 teaspoon of salt, the dill, and pepper to taste. Taste the filling for seasoning and set aside.

6. Preheat the oven to 350°F. Line two large baking sheets with parchment paper. Divide the dough into two balls. Leave one in the bowl, covered, while you work with the other. On a generously floured surface, roll out the dough into a very thin 12-by-16-inch rectangle, about 1⁄16 inch thick. Cut the dough into 2-inch squares. Place 1 teaspoon of filling on each square. Bring one edge of the square diagonally over the filling to form a triangle. Pinch the edges tightly to seal. With your fingers, twist and turn the sealed edges to make decorative pleats. As each dumpling is made, place it on the prepared baking sheet. Repeat with the second ball of dough.

7. Bake the dumplings for 18 minutes, until they are dry and just beginning to take on color.

8. While the dumplings are baking, bring the reserved mushroom water to a boil with the bay leaves, peppercorns, garlic, and 1⁄4 teaspoon of salt. Simmer, covered, for 10 minutes. Place the dumplings in a shallow 2-quart ovenproof baking dish, arranging them in two layers. Pour on the hot mushroom broth. Cover the dish tightly with aluminum foil and return the dumplings to the oven to steam for 15 minutes. They will absorb almost all of the mushroom broth.

9. Serve the dumplings hot, sprinkled with parsley. Serve some sour cream on the side, if desired.