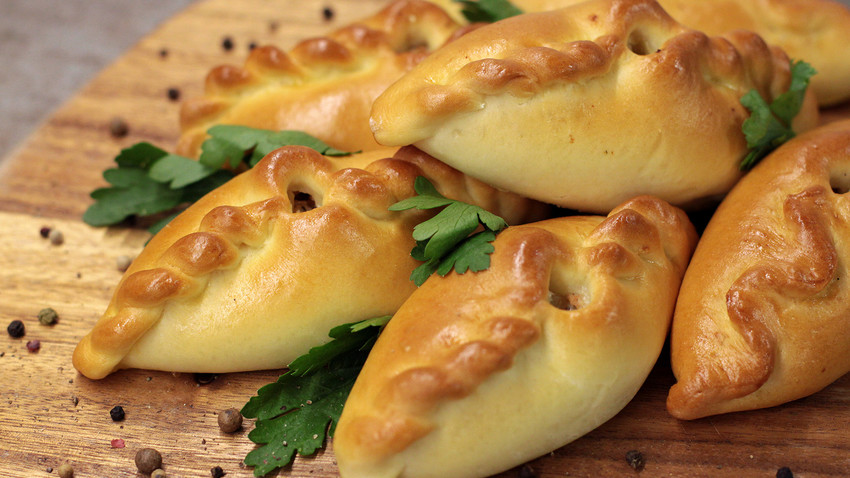 These “unbuttoned” Old Russian pies will perfectly complement your soup!

Victoria Drey
In Tsarist times these yeasty pies with generous fish filling were served with soups as an alternative to bread.

Rasstegai is one of the most popular traditional pies, known as the best appetizer for ukha – Slavic fish soup. What makes them special from other types of yeast dough pies is their iconic boat-shape, with a hole in the center to add fish broth. What about the name “rasstegai”? It’s widely considered that it derives from the Russian verb meaning “to unbutton”. So, most likely, it is all about the signature hole on the pie top that’s “unbuttoned” while forming rasstegai.

In Tsarist Russia, and for the longest time, fish rasstegai were considered to be a kind of fancy dish because of the classic stuffing based on sturgeon. Nevertheless, the pies were just as popular in less wealthy houses. Instead of expensive fish filling, they stuffed rasstegai with mashed potato and mushrooms, vegetables, eggs and savory porridges – and served with shchi (Russian cabbage soup), meat or chicken broths and other soup variations.

Later on, it became common to stuff rasstegai with less expensive white or red fish: so feel free to use any fish you have on hand. However, red fish is more preferable as it’s richer in taste.

Despite looking quite impressive, these are one of the easiest pies I’ve ever cooked. Simple yeast dough, two-ingredient filling. dHere you have your delicious rasstegai with soft and tender dough, and even more tender fish filling. 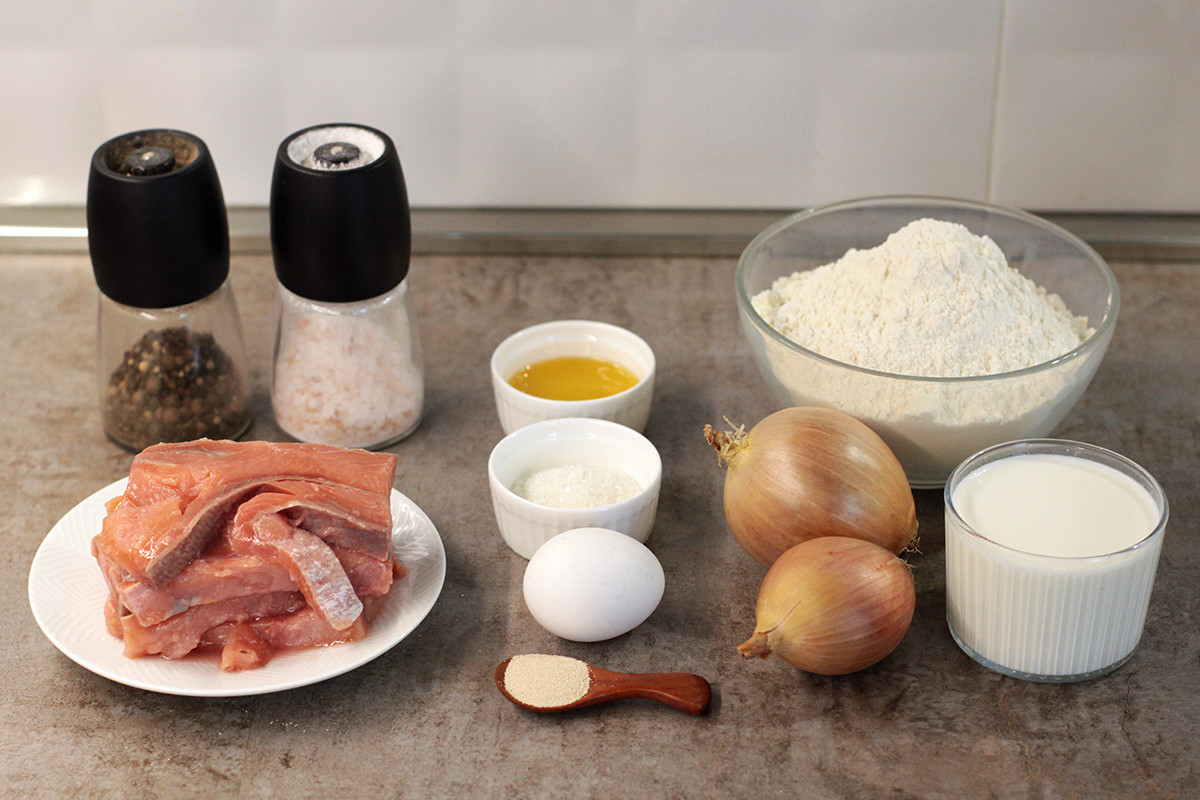 1. Start with the base for your yeasty dough: in a large bowl mix lukewarm milk, sugar, dry yeast and 4 tablespoons of sifted flour – make sure the sugar and yeast dissolve. Leave in a warm corner for 20 minutes. 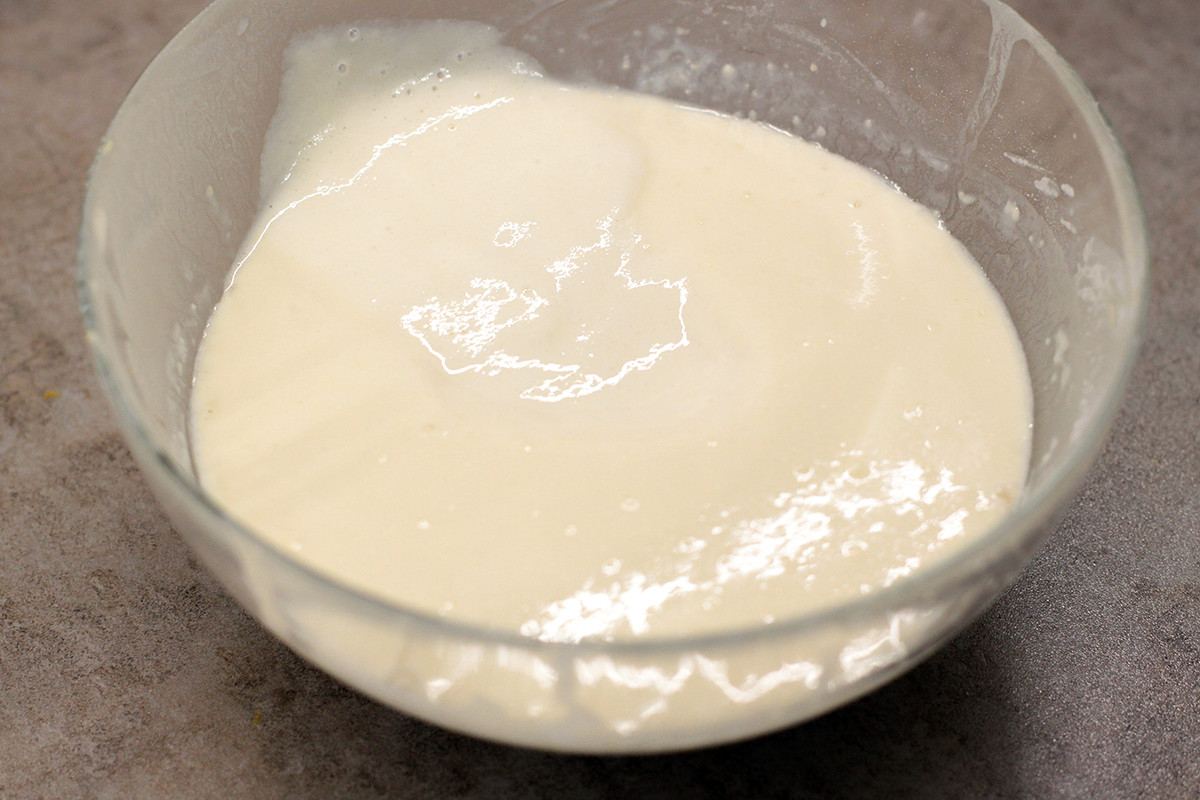 2. When you notice the mixture becomes airy and almost doubles in size, add the remaining sifted flour, oil and salt, and knead nice and elastic dough. Start with a fork and continue with your hands for at least 5-7 minutes. 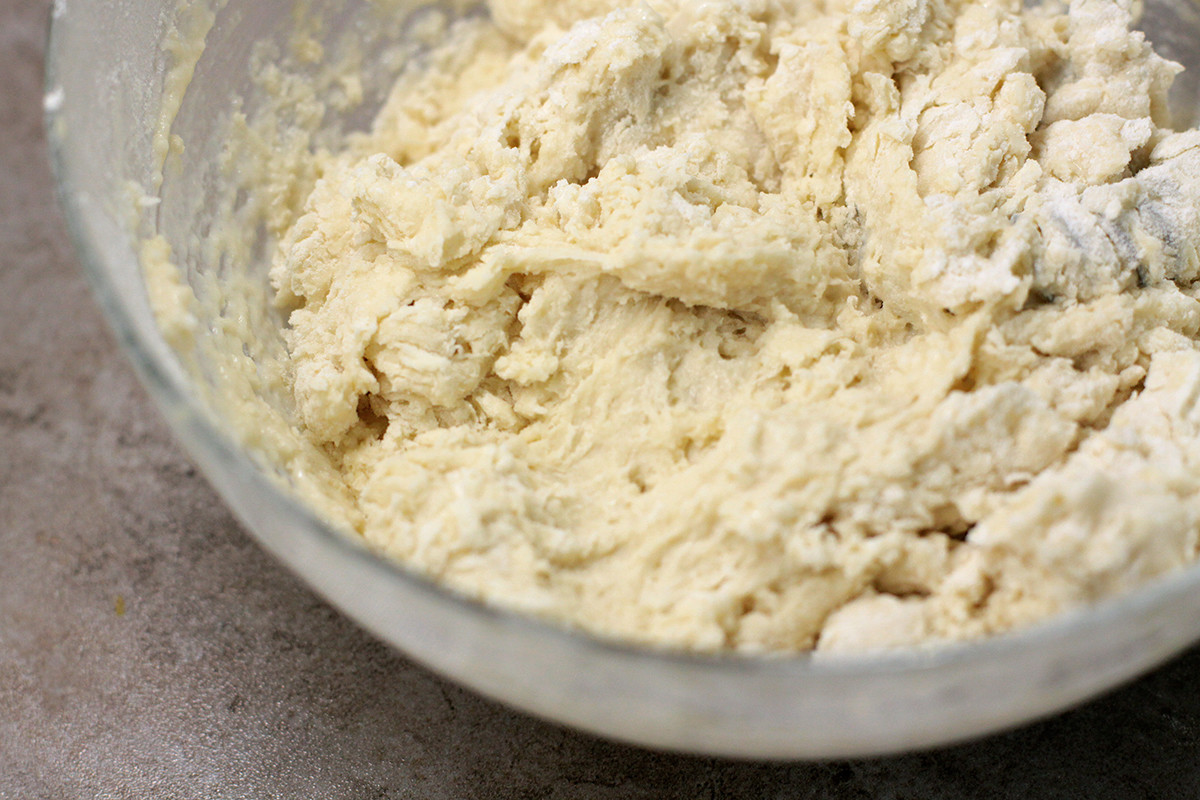 3. Round the dough into a ball, put it in a big bowl greased with a bit of oil and cover with a cling film. Set aside for around 40 minutes to rise. 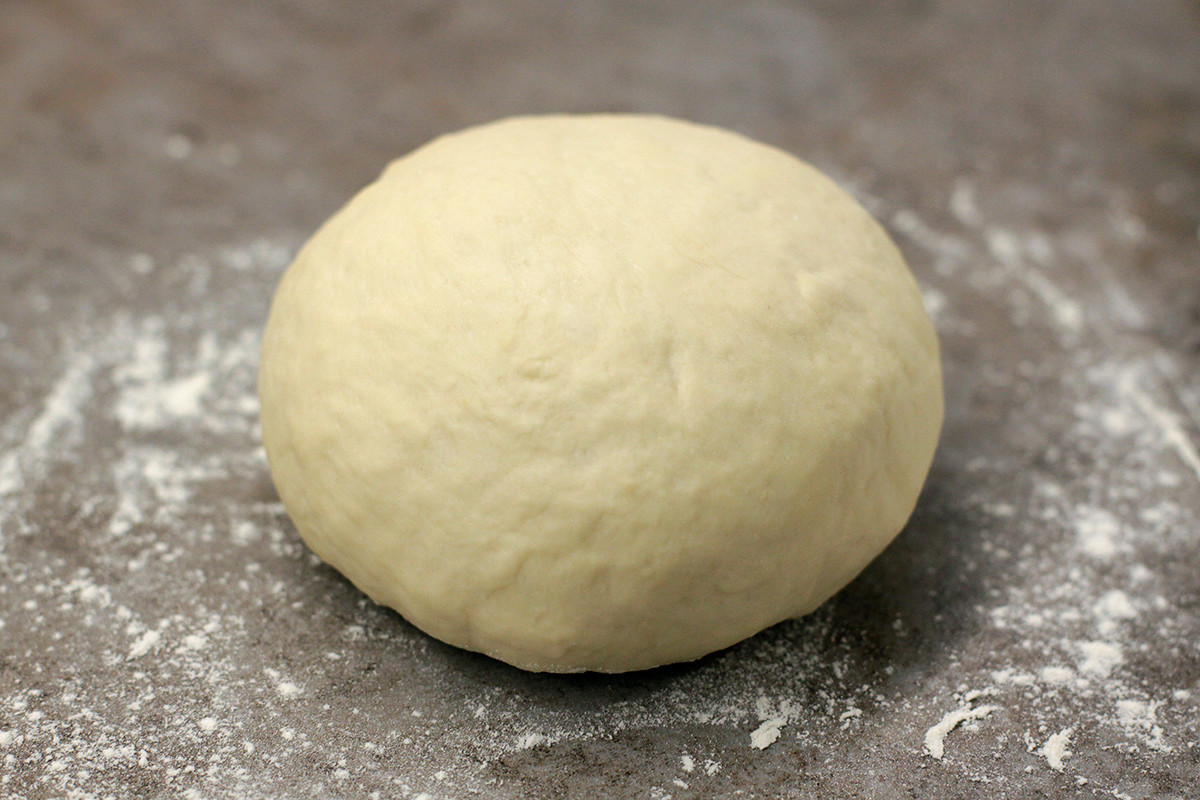 4. Meanwhile, prepare the filling. Finely chop onion and stew with some oil on low heat until soft. 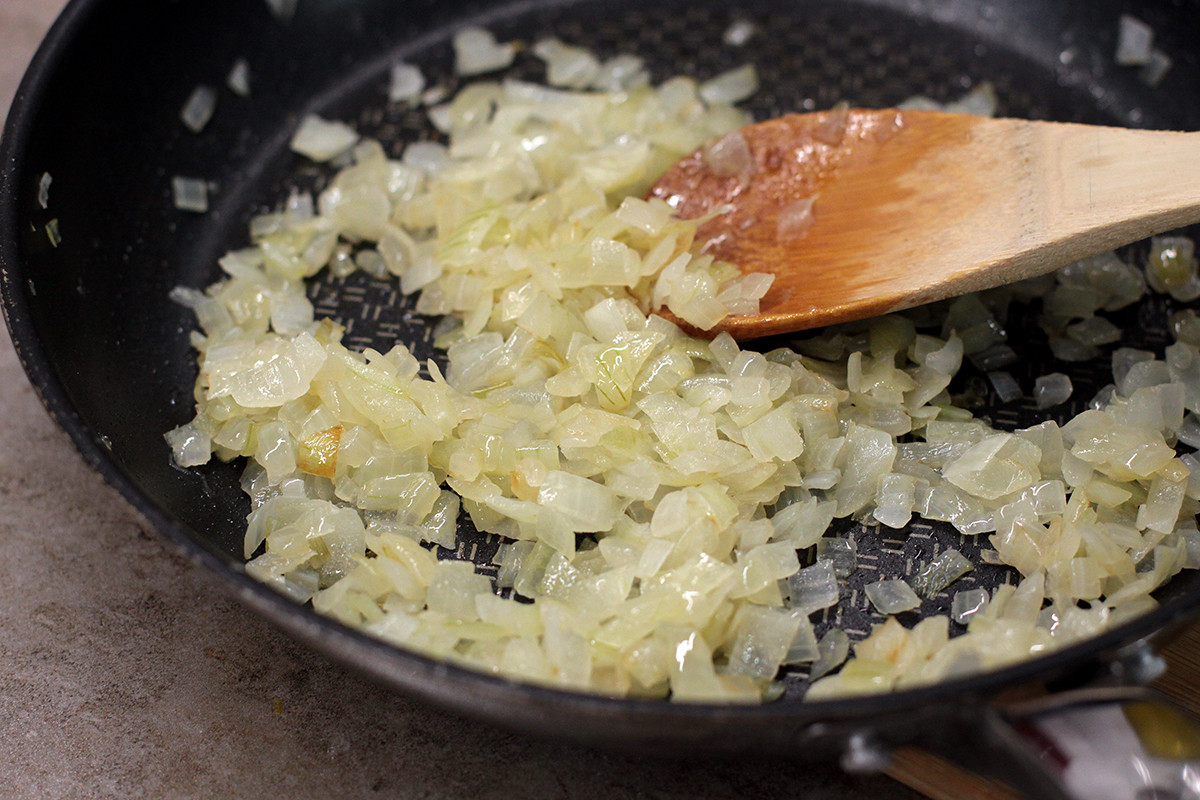 5. Next, cut your fish in small cubes and combine with ready onion. Take any fresh or defrosted red fish you prefer or have on hand – today, I use humpback salmon fillet. 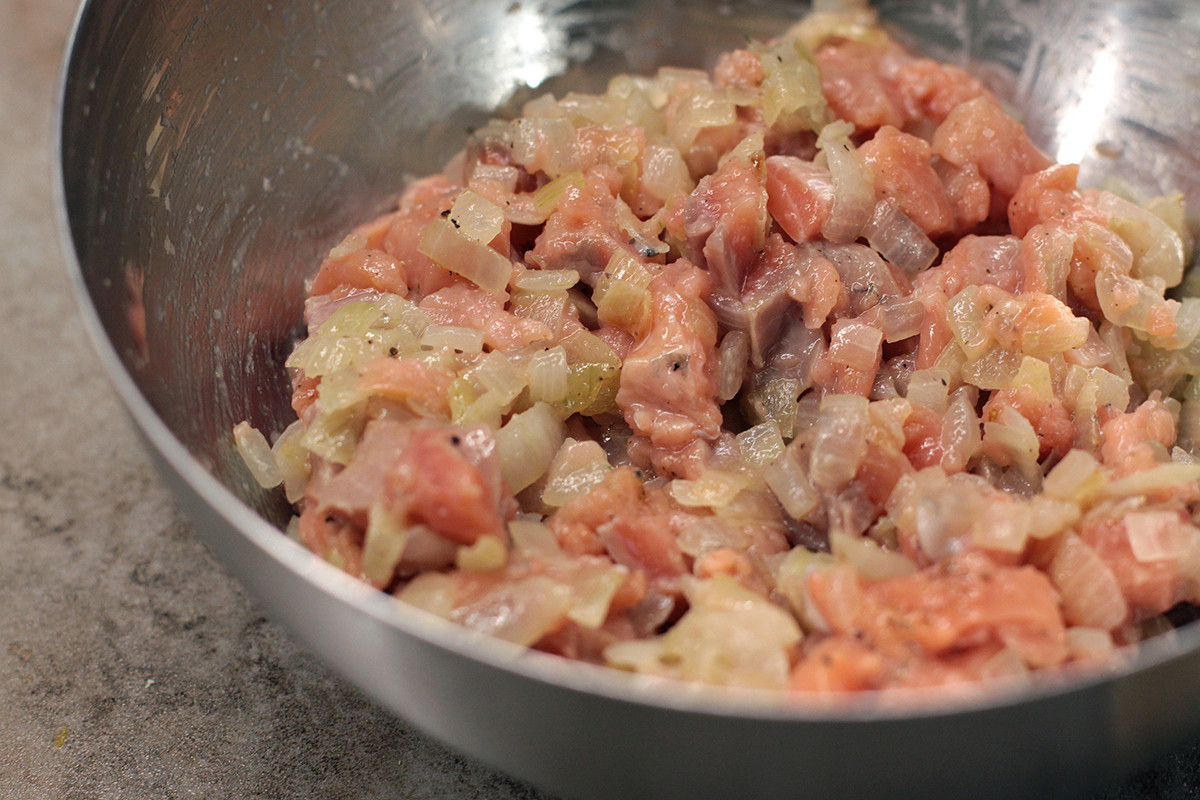 6. The filling is ready – so it is just the time to form rasstegai. Gently punch the risen dough down and divide into 10-12 equal pieces. 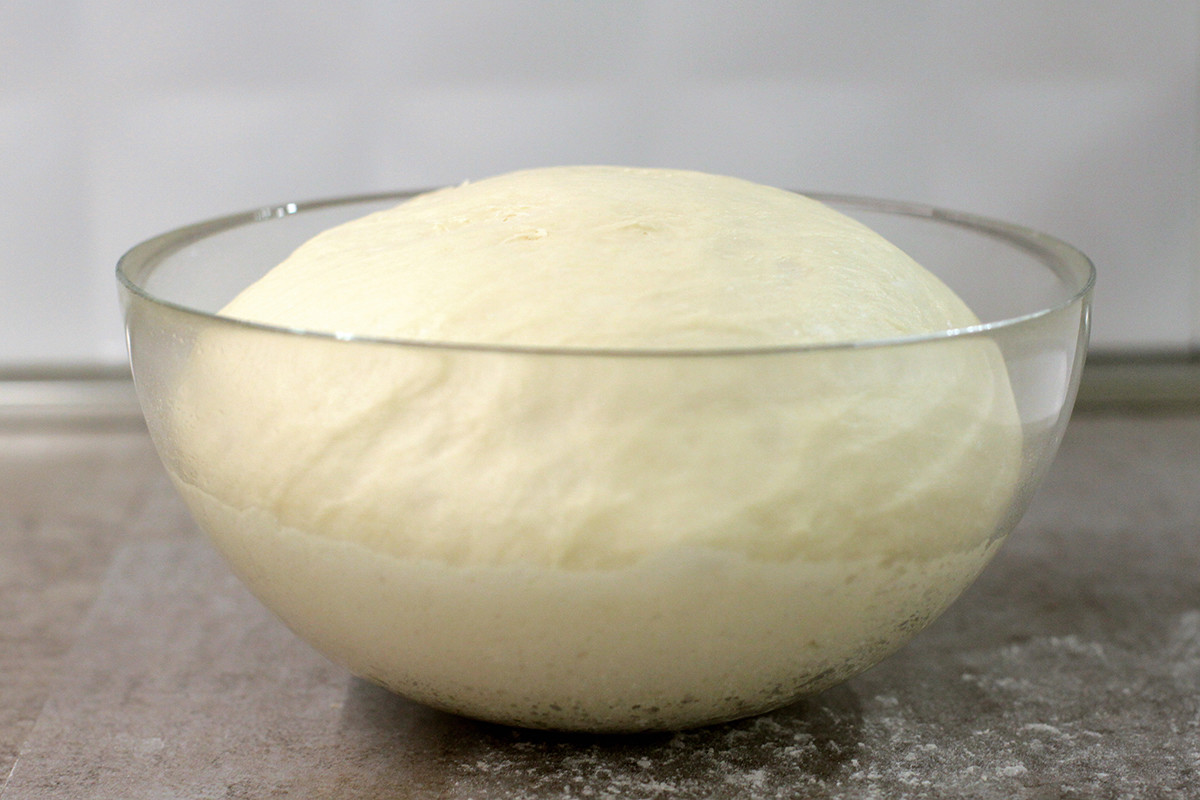 7. Form each piece into a ball, then roll into a flat round. 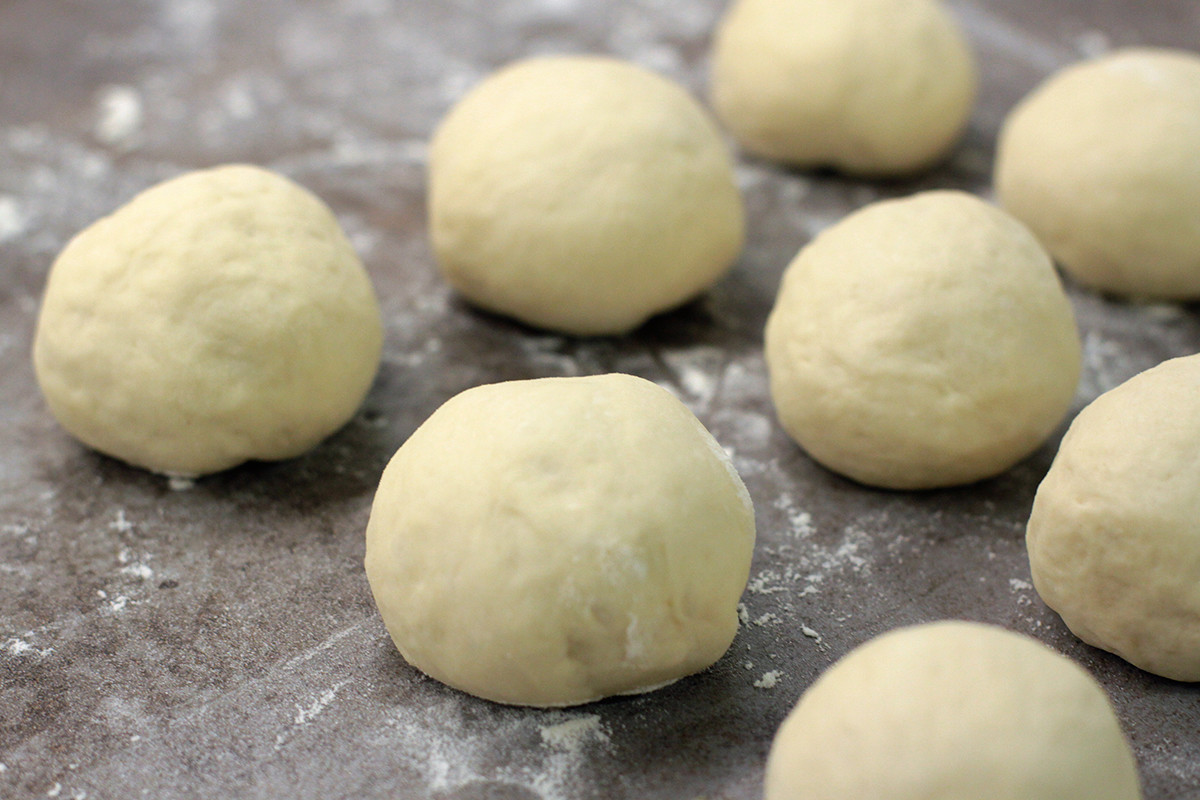 8. Place 1 heaped tablespoon of filling into the center of each round, gently but tightly pinch the edges, leaving a small hole in the middle. Repeat with the rest – you should get nice, small boat-shape pastries. 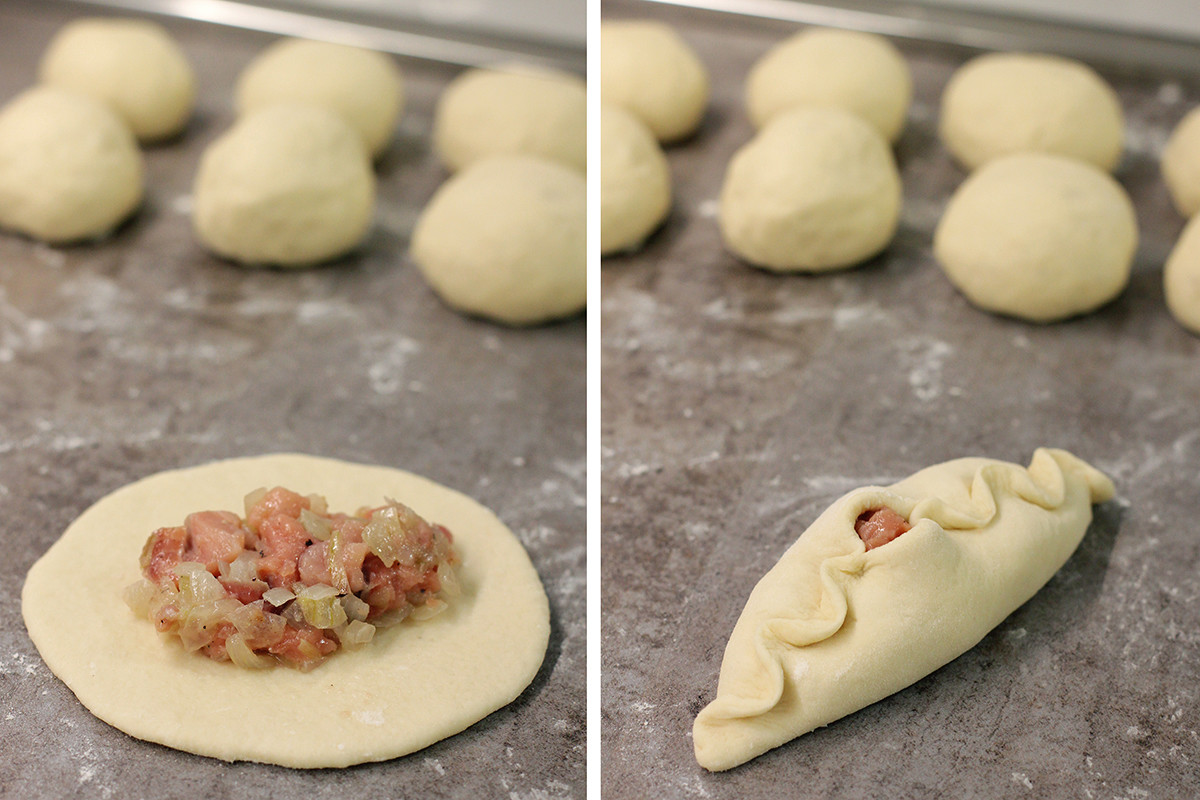 9. Place rasstegai on a baking pan covered with a sheet of parchment, cover with a clean kitchen towel and leave to rise for 15 minutes. Next, smear the tops of pies with egg wash (1 egg + 1 tbsp milk or water) and bake for 20-30 minutes at 180°C. 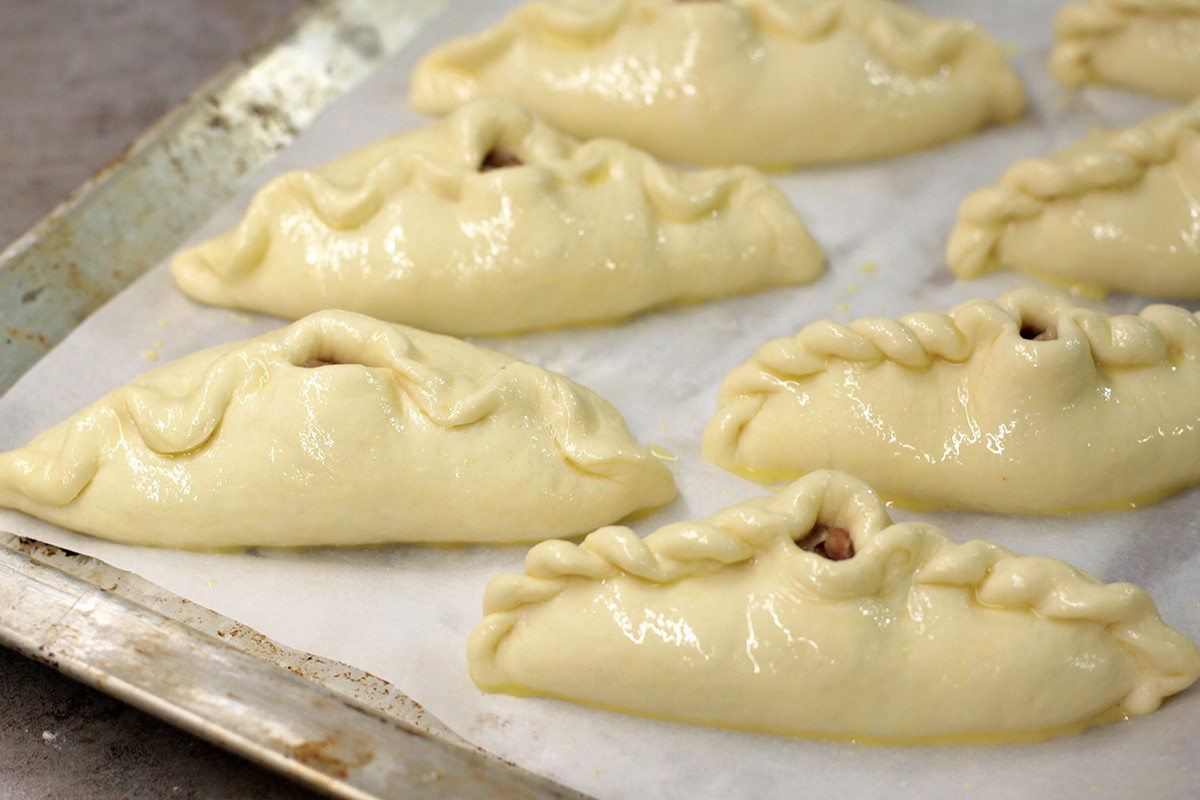 10. When ready, add a small piece of butter on the hole of each pie to make them even juicier. Serve rasstegai warm or cold, with fish broth or just as they are. Priyatnogo appetita! 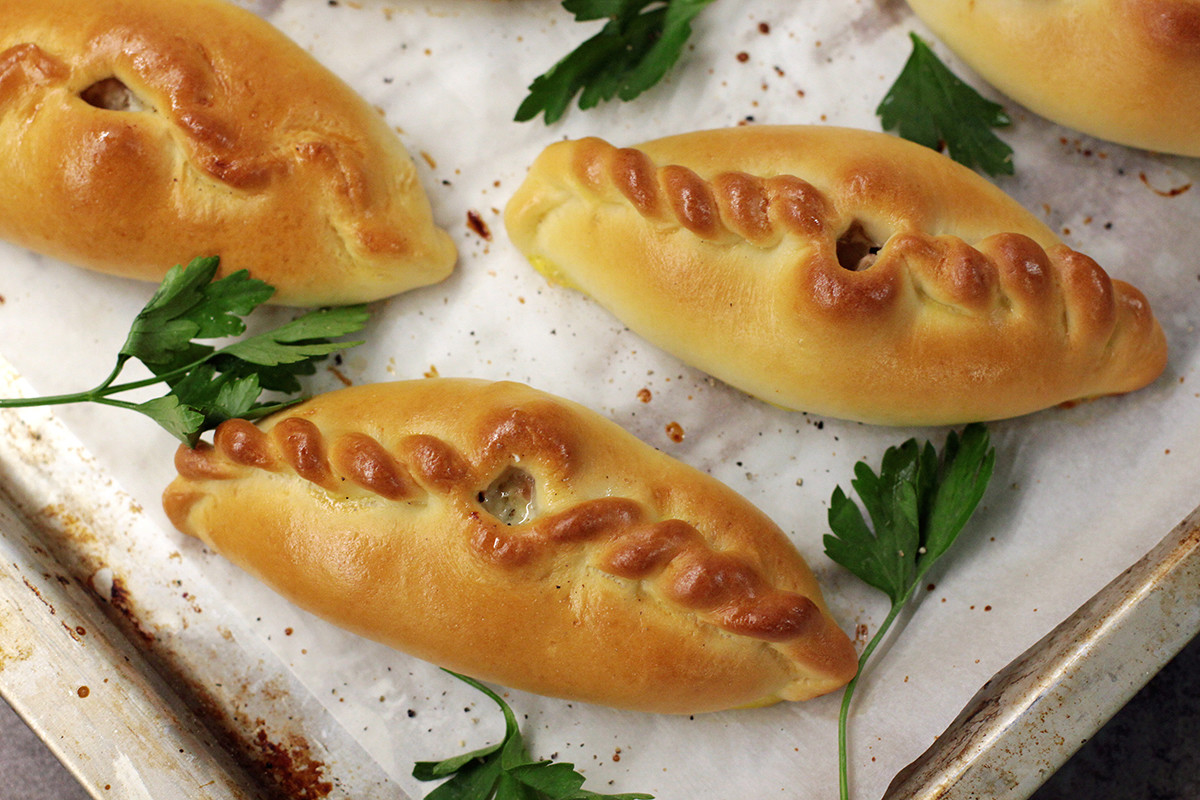 READ MORE: Pozharsky cutlets: Cooking the most tender and juicy croquettes EVER! (RECIPE)