All the types of Russian gingerbread (you need to try) 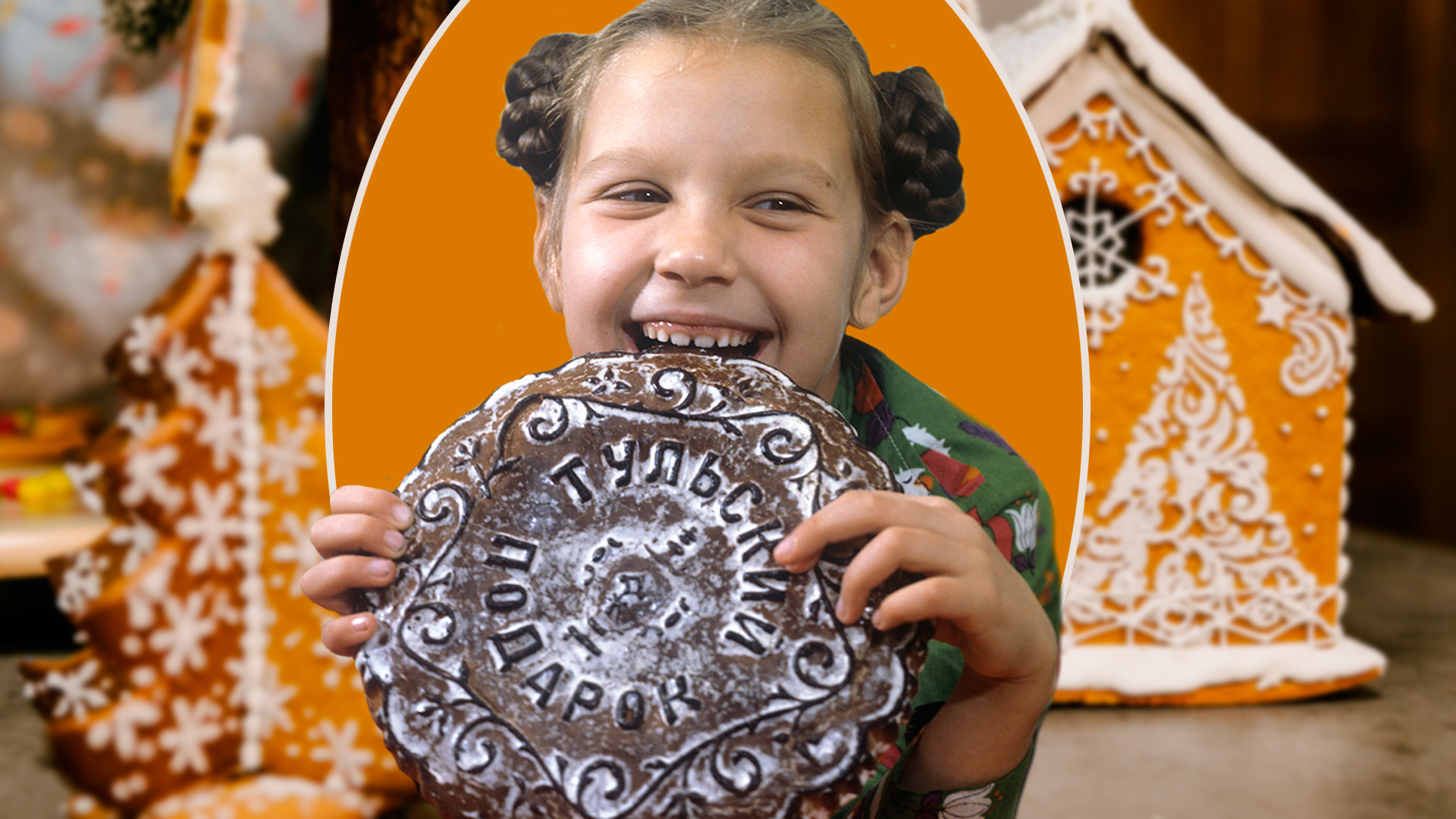 Varvara Gertye; A.Liberman/Sputnik
These rich, aromatic pastries are some of the most ancient treats, dating back to Old Rus’. What’s more, every region in Russia has its own recipes and traditions of pryanik mastery.

Pryaniks (gingerbreads) rightfully occupy one of the most important spots in traditional Russian cuisine. The nation has been baking them for more than a thousand years! At first, people would use yeast flour with added honey and berry juices, arriving at a sort of honey bread - the prototype of what was to become the pryanik. In the 12th century, Russia began importing spices from India and the Middle East, and mixing them into dough. They were very expensive, making the common pryanik a true delicacy in those days. Even a kovrizhka - the simplest of pryaniks, could be seen on the Tsar’s dinner table on special occasions.

Starting with the 18th century, however, when ginger, nutmeg and cloves became commonly available to Russians, pryaniks became a popular baked good enjoyed by the entire nation, as well as an artform. Old Russian cities like Tula, Volgograd and Arkhangelsk are still visited by tourists for the pleasure of sampling local pryaniks, famous throughout Russia.

Perhaps, the most popular variant of the pryanik is the stamped kind. In order to make them, people use a wooden tray, with a mirror image of the stamp being carved into the bottom. Take a look at these Gorodets pryanik forms, featuring magical birds and fish.

The tray is lined with one layer of dough, followed by the filling - fruit puree or preserve, then covered by another layer of dough. The resulting pastry is then slathered in sugar syrup.

In Pokrov, for example, stamped pryaniks are covered in chocolate and frosting. 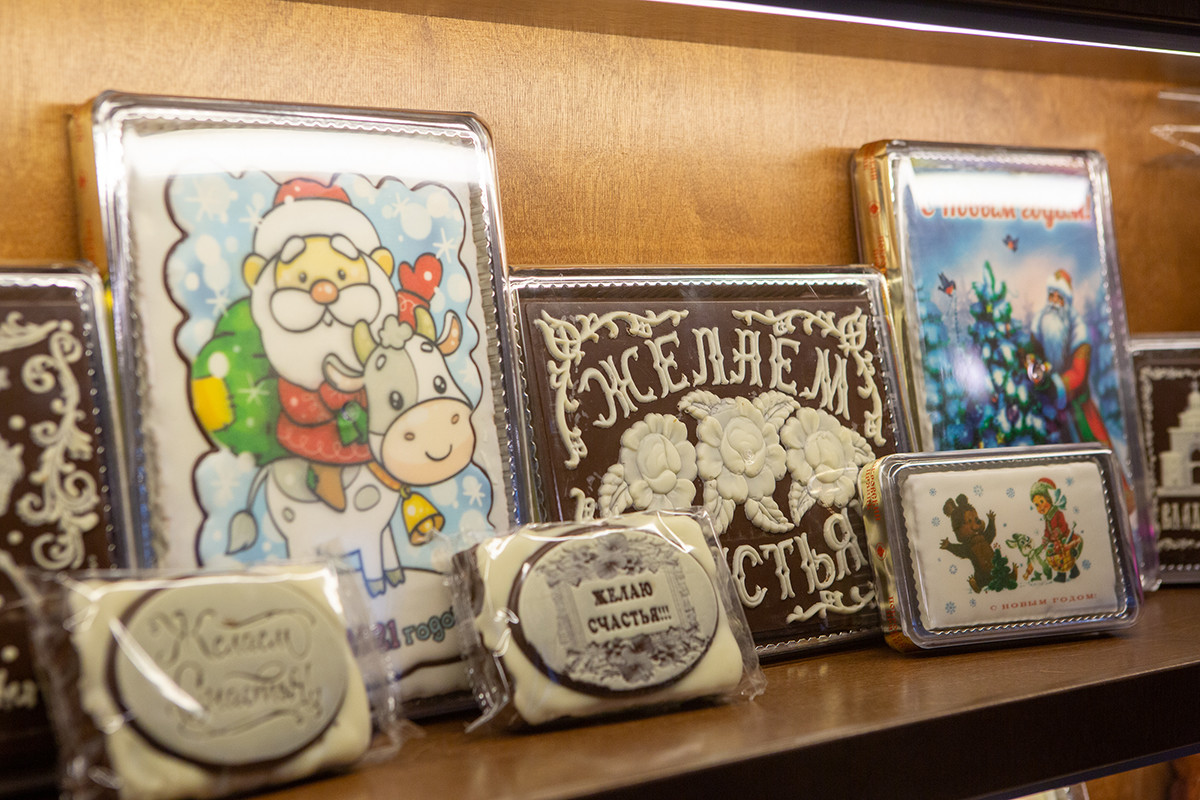 Meanwhile, the Tula pryanik (among the most beloved at home and abroad) can easily be recognized by its rectangular shape and stamp art. It used to be sold not only in Tula, but also in Moscow and St. Petersburg, as well as presented as a gift on special occasions. In this way, when St. Petersburg turned 75, Tula pryanik makers baked a massive 30-kilogram pryanik as a gift to Empress Catherine II. The original stamp used for the design is on display at the Pryanik Museum in Tula. 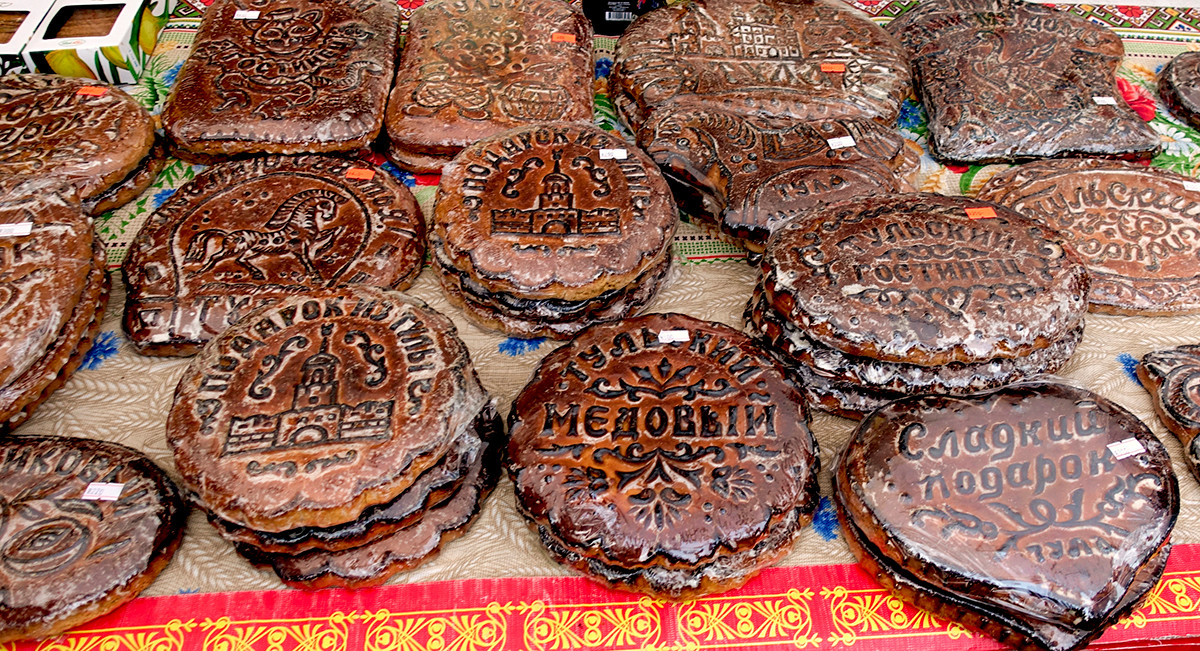 Pryaniks fashioned into various animals are traditionally seen in the north of Russia. In Arkhangelsk Region, they make kozuli, especially for Christmas. The shape of these pryaniks symbolizes the animals that were gathered during the Nativity Scene: goats, lambs and cows. The kozuli are baked today as little Christmas trees and roosters, as well. In the language of the Pomors - the indigenous people of the Russian North, kozuli means “swirl”. These edible figures were often gifted to children as little charms to protect them from evil spirits. In modern families, these pryaniks are often used to decorate Christmas trees (they are, of course, eaten afterwards). 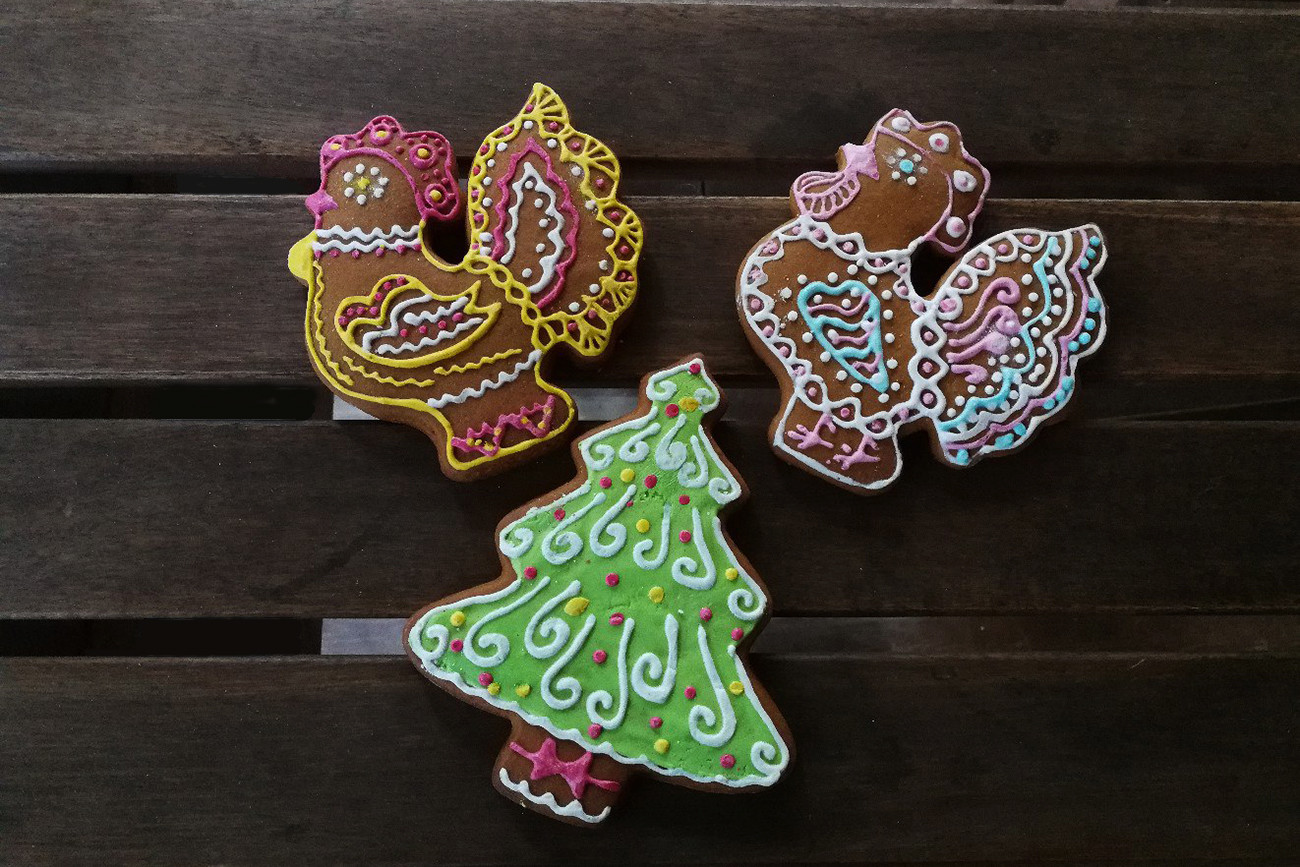 In Siberia and Ural, you will find korovki (the Russian word for “small cow”). They, too, were baked in time for Christmas and New Year. It was believed that baking animal-shaped pryaniki would bring prosperity to the household. Korovki would be given to young people during the Svyatki (from the Russian phrase for “holy days”) - a period between Christmas and the Epiphany (7-19 Januray), when people would go from house to house with songs of goodwill.

Then, there were the springtime pryaniks - or zhavoronki (“larks”), which are made today in Pokrov, Vladimir, Vyazma and many other cities. 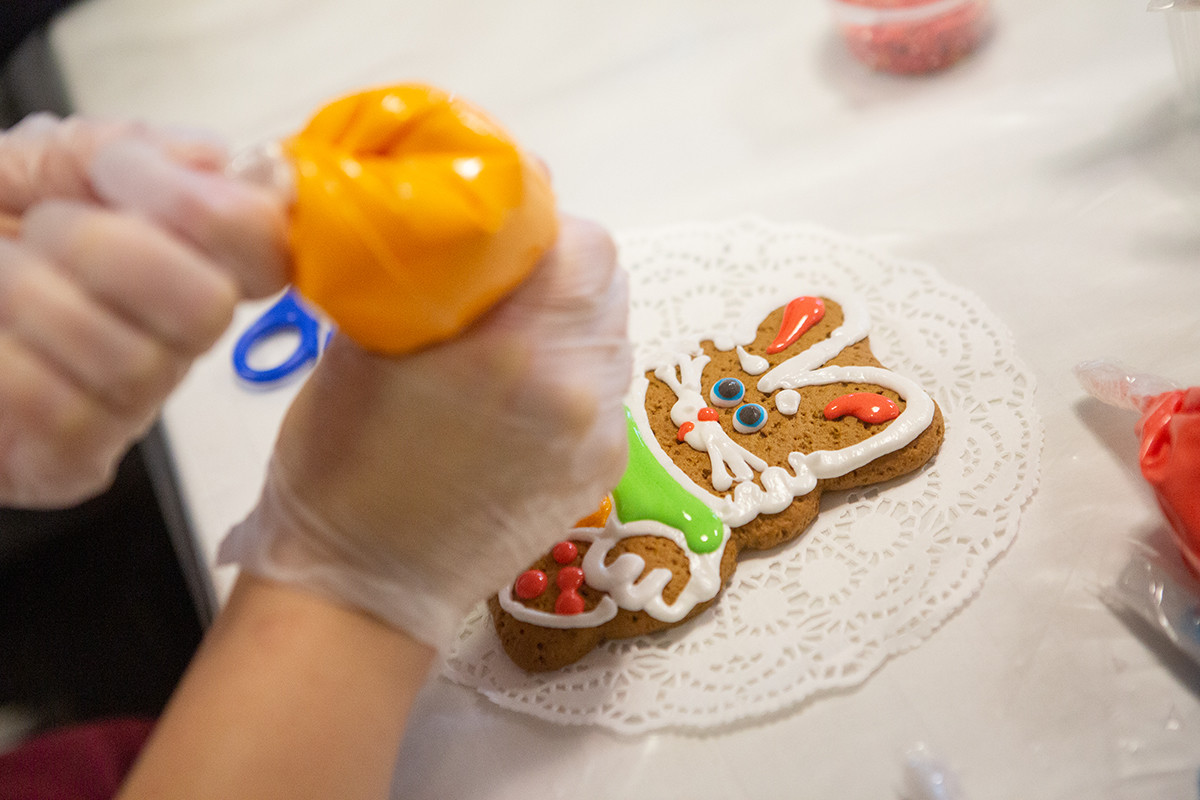 This type of pryanik is made with a wooden and metal stencil, containing carvings of birds, plants and animals. The technology is very simple: the dough is cut according to the stencil, then decorated with sugar glazing. This kind is often made without a filling, but is usually generously covered with edible dyes. 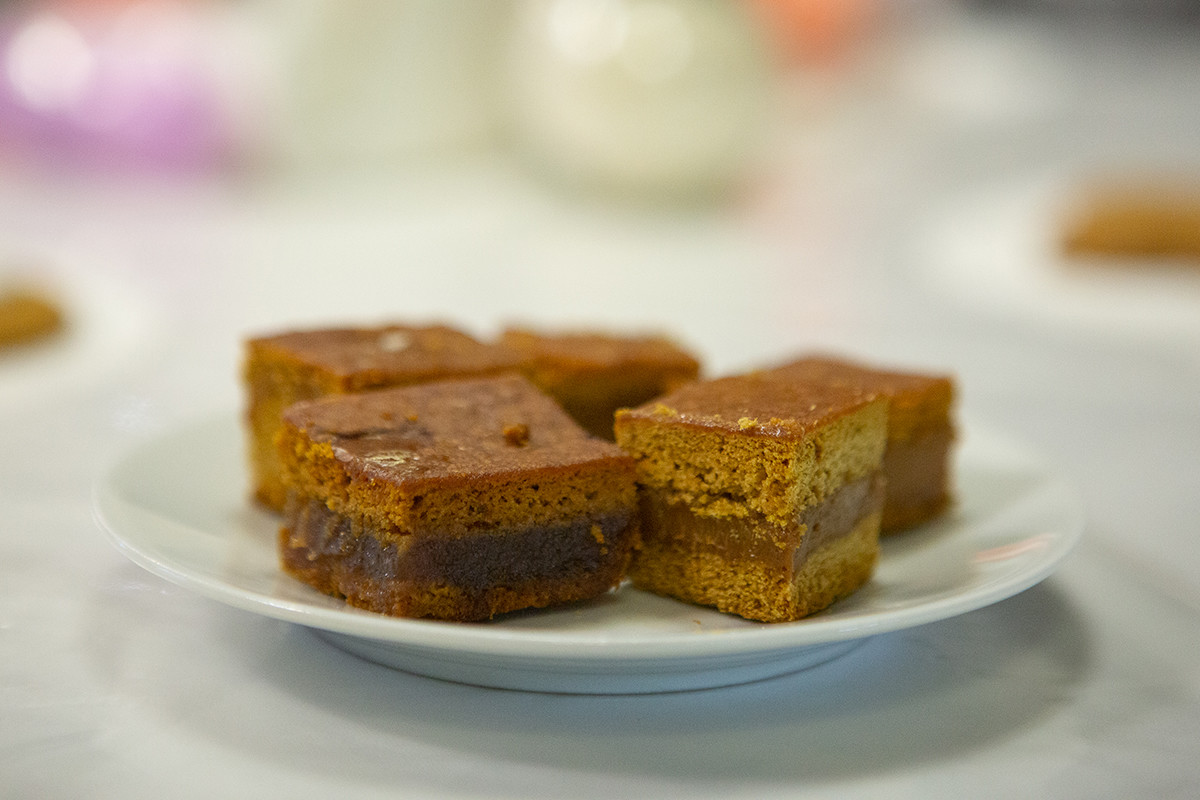 This brings us to the above-mentioned kovrizhki - the simplest of the pryaniks, which is really just a simple slice of pryanik dough with added honey, raisins and nuts. Kovrizhki are often baked in pairs, with some jam or preserve in-between them. The dough doesn’t harden for a long time, making kovrizhki a perfect snack for the road.

Honey kovrizhki are considered the pride of the Trinity-Sergius Lavra in Moscow Region: Even today, where it still uses the old recipe and method of preparation. However, in Pokrov (Vladimir Region), there’s a more modern rendition, adding cocoa powder to the dough. The pryanik masters then decorate these pryaniks with sugar frosting and depictions of rabbits and little bears.