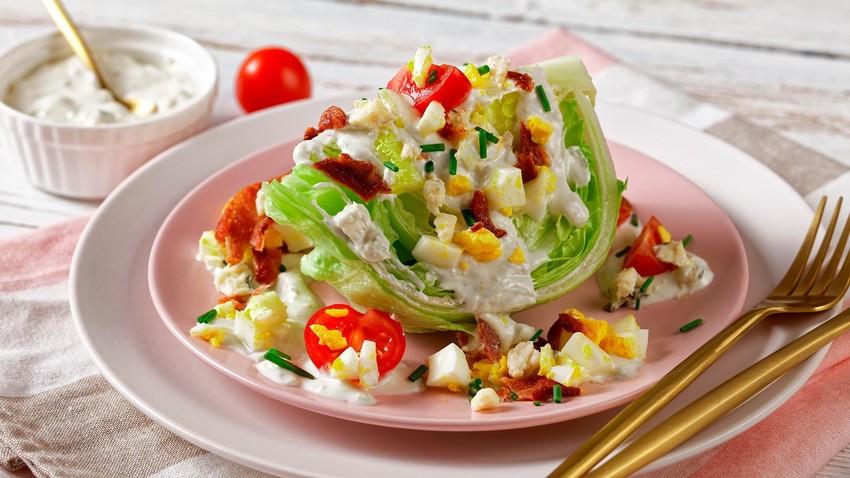 This salad is so tasty, we can’t believe they called it ‘Russian’.

Legion Media
Treat your Russian friends to this salad and they’ll be surprised and probably ask you for the recipe!

Just imagine a quarter an iceberg lettuce head, crispy fried bacon, diced tomatoes and a sauce that permeates the lettuce the moment you cut it. (We hope you’re not hungry!) This is the perfect ‘Russian Wedge Salad’. But why do people call it Russian?

Well, apparently, it’s all about the sauce often used for this salad - the so-called ‘Russian’ dressing. In fact, this is actually a staple savory American dressing, based on mayonnaise and ketchup. But we can safely say neither was invented in Russia!

‘Russian’ dressing was first mentioned in 1910 in American sources. It was allegedly invented by an American named James E. Colburn, who sold it in his store in New Hampshire. Several years later, Colburn’s ‘Russian’ salad dressing, as well as Colburn’s mayonnaise, was being widely distributed by J.Wesley Colburn, the owner of that time, to hotels and retailers. A popular ‘Russian’ dressing became a substitute for vinegar when serving tomatoes and asparagus.

According to one version, the ‘Russian’ dressing got its name because of caviar, which was presumably added to the sauce. Another version says that it refers to Russians’ love for pickles that are also usually added to the dressing. This sounds more like the truth, at least to Russians.

But regardless whether it’s Russian or not, don’t forget to add pickle relish, small hot pimiento peppers, horseradish and chives to your ‘Russian’ dressing for your Russian Wedge Salad this evening. Bon appetit!

READ MORE: What is ‘salo’ and why do Russians love it?