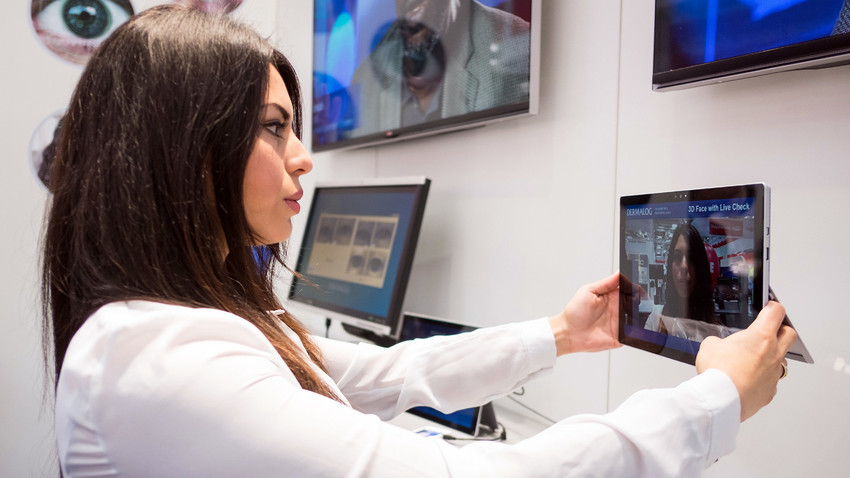 The $25,000 in prize money will go toward bonuses for the developers who created the winning algorithms.

Global Look Press
NTechlab, a Moscow-based developer, received $25,000 in cash from the central command of the U.S. government intelligence community for winning in two of three categories at the first Face Recognition Prize Challenge (FRPC).

Even though America is suffering through its worse case of anti-Russian spy mania in decades, a Moscow startup has managed to take top prize at a competition organized by the central command of the U.S. intelligence community.

The competition to evaluate the best identification software was hosted by the Advanced Research Projects Activity (IARPA) under the auspices of the Office of the Director of National Intelligence (ODNI).

The Russian software company is best known for the technology called FindFace, which matches photos of strangers to their online social media profiles. The service has already created a lot of buzz and raised privacy concerns. In 2015, FindFace won the MegaFace Championship in Washington State. The company competed with Google, Facebook and other major global companies to recognize faces within a database of a million photos.

Mikhail Ivanov, Ntechlab’s CEO, said the $25,000 in prize money will go toward bonuses for the developers who created the winning algorithms.

“We made a huge number of experiments with neural networks and managed to solve the problem of the accuracy of identification of different ethnic groups,” Ivanov said in an interview. “We specially trained the system to recognize all existing races. Speed was achieved because we were able to create an algorithm that works in any conditions. Our technology can perform a quick search on large databases.”

The majority of the 16 startups in the competition were from outside the U.S. As Ivanov pointed out, most took part in order to come to the attention of major U.S. tech corporations and to enter the U.S. market. In fact, Google and others carefully followed the competition’s results.

“In the U.S., our solution was successfully tested by dozens of large and medium-sized system integrators that are promoting our products to their customers. We are considering the possibility of an independent presence in North America,” said Ivanov, but he didn’t want to name the companies testing the solution.

In 2016, the startup made its first attempt to enter the U.S. market. Hoping to repeat the success it has had in Russia, NTechlab launched a free program that can scan anyone’s face on Twitter. The American company, however, did not appreciate the move.

"When their use of our data was reported to us, we determined that it was a violation of our rules and we promptly took action," said Nu Wexler, a Twitter spokesman.