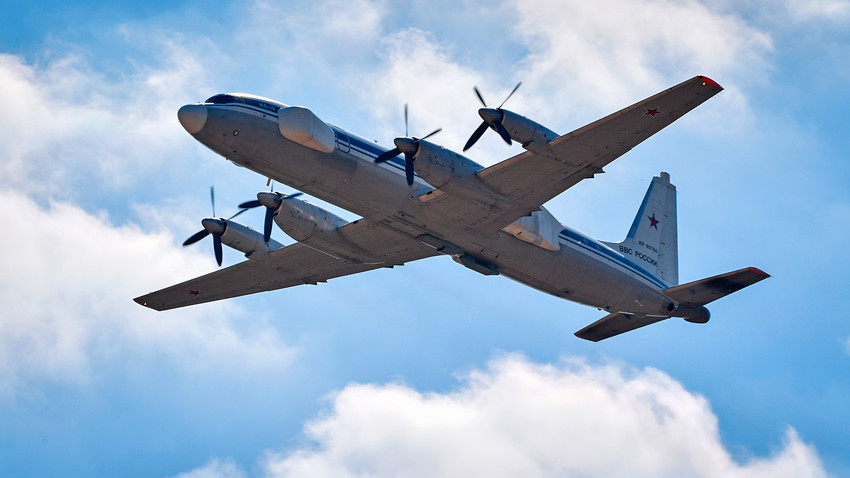 Alexey Kudenko/Sputnik
No, this is not Sci-Fi, it’s for real.

Russian engineers recently started working on the country’s next-generation “Porubshik-2” aircraft for electronic warfare. The model is the next version of the Il-22 “Porubshik” designed to “blind” enemy jets, bombers, and ground-based air defense systems by disrupting electronic signals.

model is an aging machine from the Soviet era - it’s been upgraded a couple of times to keep up to pace with advancements in technology.

“In modern warfare, most weapons interact with satellite navigation. First of all, satellites provide pictures from a battlefield to the command outposts, they also provide GPS navigation for aircraft, and most importantly they lead missiles to their target,” Dmitry Safonov, a former Izvestia newspaper military analyst, told Russian Beyond. “Precise weapons are vital in modern conflicts. In coming years their destructive power will be matchable with nuclear ones. So leaving your potential enemy without the possibility of using such weapons is key.”

The fuselage and overall appearance of the new aircraft are currently being redesigned, and experts believe this version will be considerably larger than the previous model.

“Electronic systems that are able to ‘turn off’ satellites or just interfere with them require a lot of energy and sufficient power generators. So the new plane requires a lot of internal space and suitable fuselage, the new systems will probably be based on the Il-276 military transport aircraft,” Viktor Murahosky, editor-in-chief of Arsenal Otechestva (Homeland Arsenal) magazine, told Russia Beyond.

The Il-276 is a medium-airliftmilitary transport plane capable of carrying up to 12 tonnes of cargo distances of 2,700 while flying at speeds of 870 km p/h. Each plane costs around $40 million.