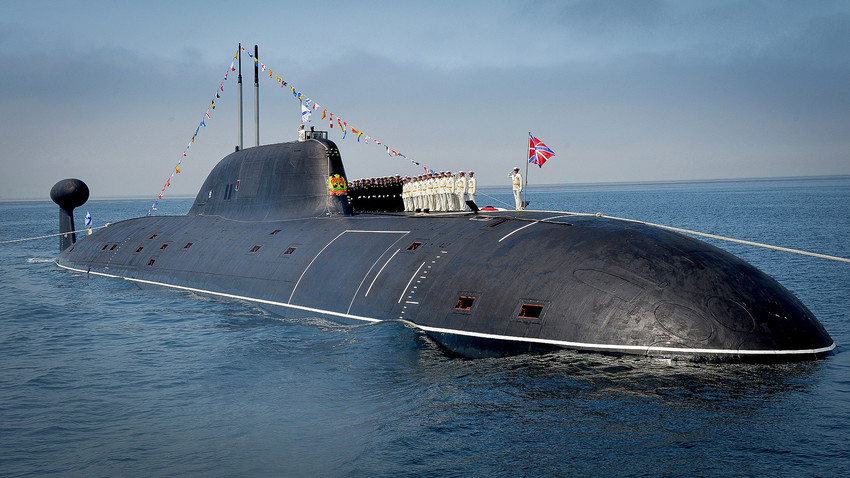 Vitaliy Ankov/Sputnik
Not only does Russia have missiles that can fly vast distances, it now also has submarines that can travel across the globe without needing to refuel.

Russia has launched two new fourth generation nuclear submarines, “Yasen” and “Borey,” which can cross the world’s oceans without needing to refuel.

The Russian State Corporation Rosatom, which manufactures nuclear engines and installations for military and non-military operations in the country, has designed and developed these submarines. As early as 2017, they completed tests on the nuclear reactor core and on Aug.7 2018, information about these tests was published in the company’s annual report.

The nuclear reactor core, where controlled chain reactions take place, is the central part of the reactor and it contains nuclear fuel.

What’s the point of all of this?

Firstly, this discovery has economic benefits. Imagine having a Bentley in your garage that can travel across the globe without needing to make a single stop at a gas station. Convenient, right?

In the past you had to “charge” all nuclear submarines once every 5 to10 years by dismantling the submarine, removing the nuclear engine, placing the engine in a sealed lead container, disposing of any spent nuclear fuel, and inserting a new nuclear reactor.

This complicated process was carried out by one of Russia’s main combat units and cost the state millions of roubles.

These new designs will therefore allow Russia to maintain its most advanced weapon at a low cost.

Where else will it be used?

In early March, President Vladimir Putin showcased a new weapon to the world, a missile that uses an “eternal” nuclear engine.

We’re talking about a cruise missile that can circle the globe multiple times and attack any enemy or terrorist group, even if they try and hide in the Antarctic.

“We’ve started developing new types of strategic weapons that don’t use ballistic flight trajectories at all, which means that no missile defence system in the world will be able to withstand them,” Putin said.

"In fact, a small heavy-duty nuclear-powered device, which can drastically increase the flight range of this new weapon, has been installed inside the new Russian missile (the blast radius of a Tomahawk and X-101 missile is 2500 and 5000 km, respectively),” he added.

In addition, this new Russian missile is low-flying and unobtrusive. Simply put, once fired at the target it can travel at supersonic speeds that cannot be detected by any modern missile defence system, a feature emphasized by the Russian President.

"The flight range is not fixed, so the missile can change trajectory mid-flight. As you can imagine, it’s the first of its kind. It will probably be put to use at some point, but in the meantime our guys will invent something else,” Putin explained.