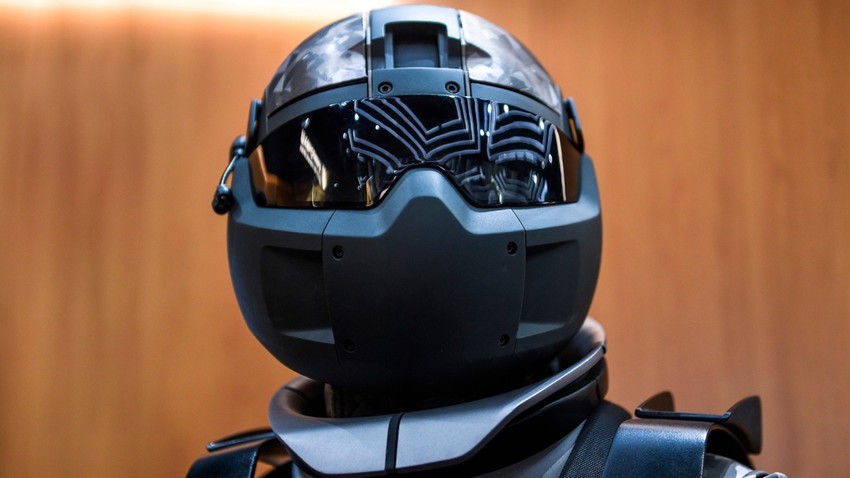 Zvezda TV
Marvel’s Iron Man may look like something out of the distant future, but Russia’s soldiers will soon be sporting ultra hi-tech exoskeletons (eat your heart out Tony Stark!).

Engineers at TsNIITOCHMASH (Central Scientific Research Institute for Precision Machine Building) have been working on new era combat gear for Russian soldiers, which will replace the Ratnik-2 combat system. The prototype was presented at the Army-2018 military exhibition near Moscow in late August. 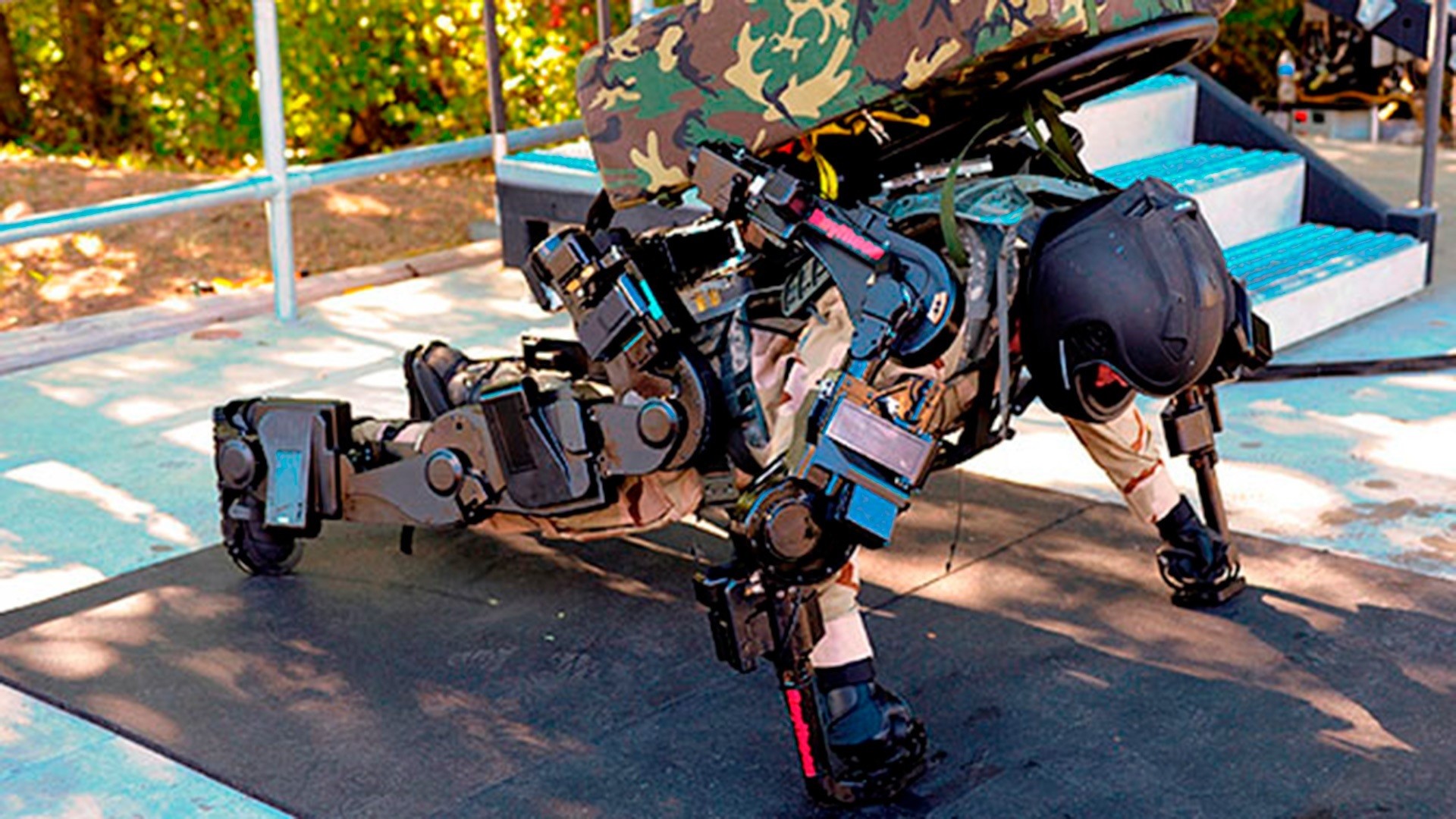 Soldiers sporting the new gear look a little like Tony Stark in his Iron Man  armor: A full-body exoskeleton, which boosts the user's physical capabilities; guidance systems flashing on the visor inside a helmet similar to the one worn by the Marvel superhero; a new type of armor, which cover most of the body, unlike all modern military armor kits around the world. 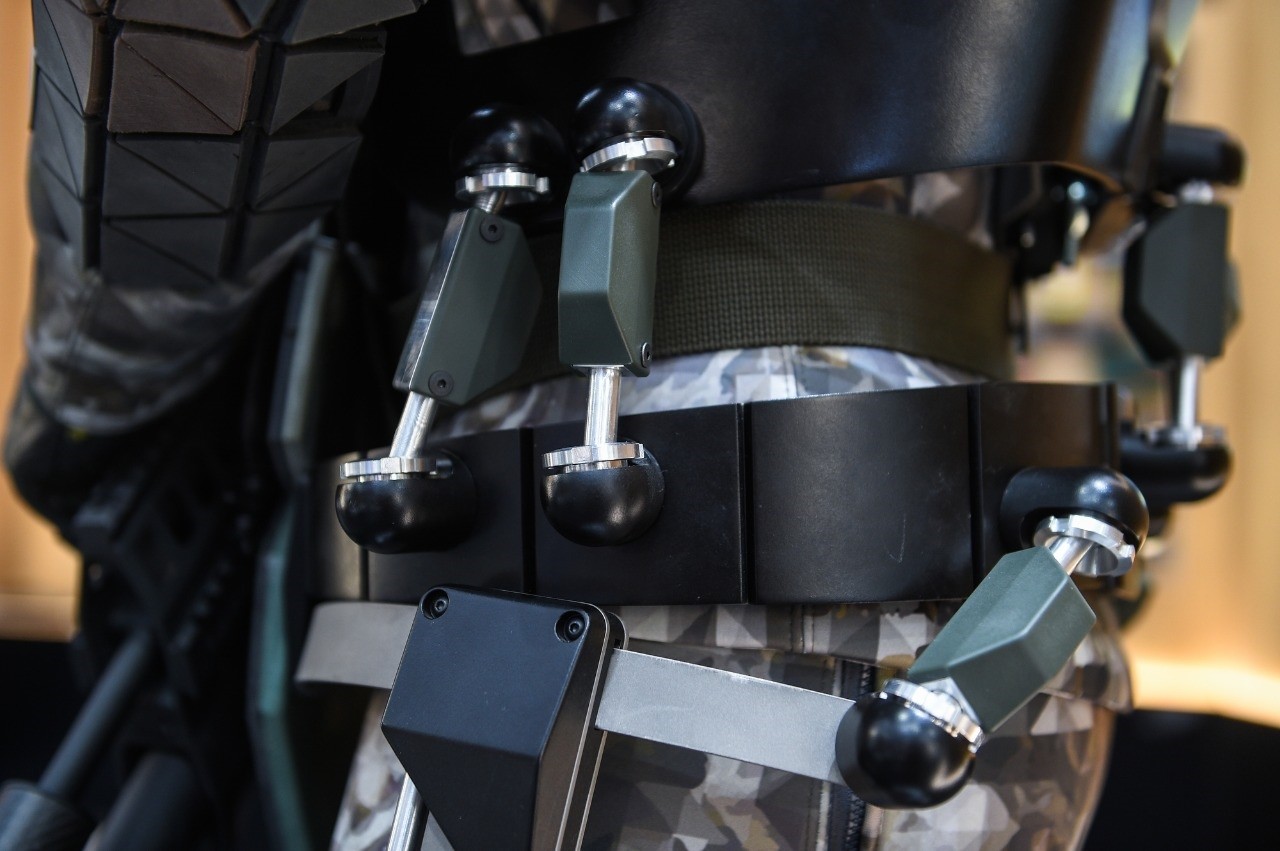 "The exoskeleton will allow soldiers to reduce the burden on their musculoskeletal system and will make things much easier on marches when they have to carry 50kg backpacks. In addition, it will serve as additional armor for the joints and the spine," TsNIITOCHMASH’s chief life support system designer Oleg Faustov told Russia Beyond.

Furthermore, the new combat gear will have unique armored insets protecting the most vulnerable parts of the body 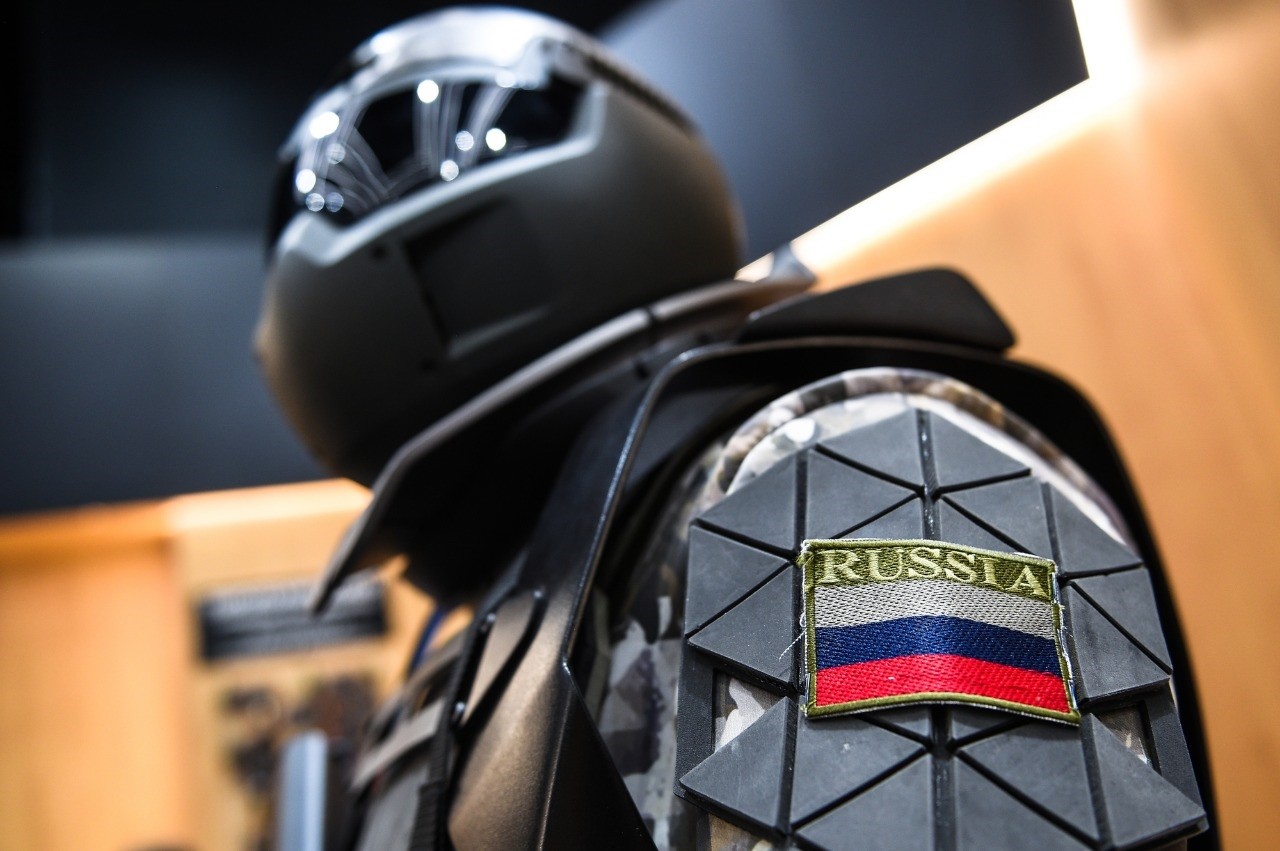 new exoskeleton is fairly low-maintenance: It’s a passive system that does not have power units, servo motors, electronics, sensors, or other kinds of gadgets. Which makes it more reliable, lighter (it weighs from 4 to 8 kg, depending on its configuration), completely autonomous, and easy to maintain.

The prototype exoskeleton has already been tested in real combat by Defense Ministry and Rosgvardia special forces. 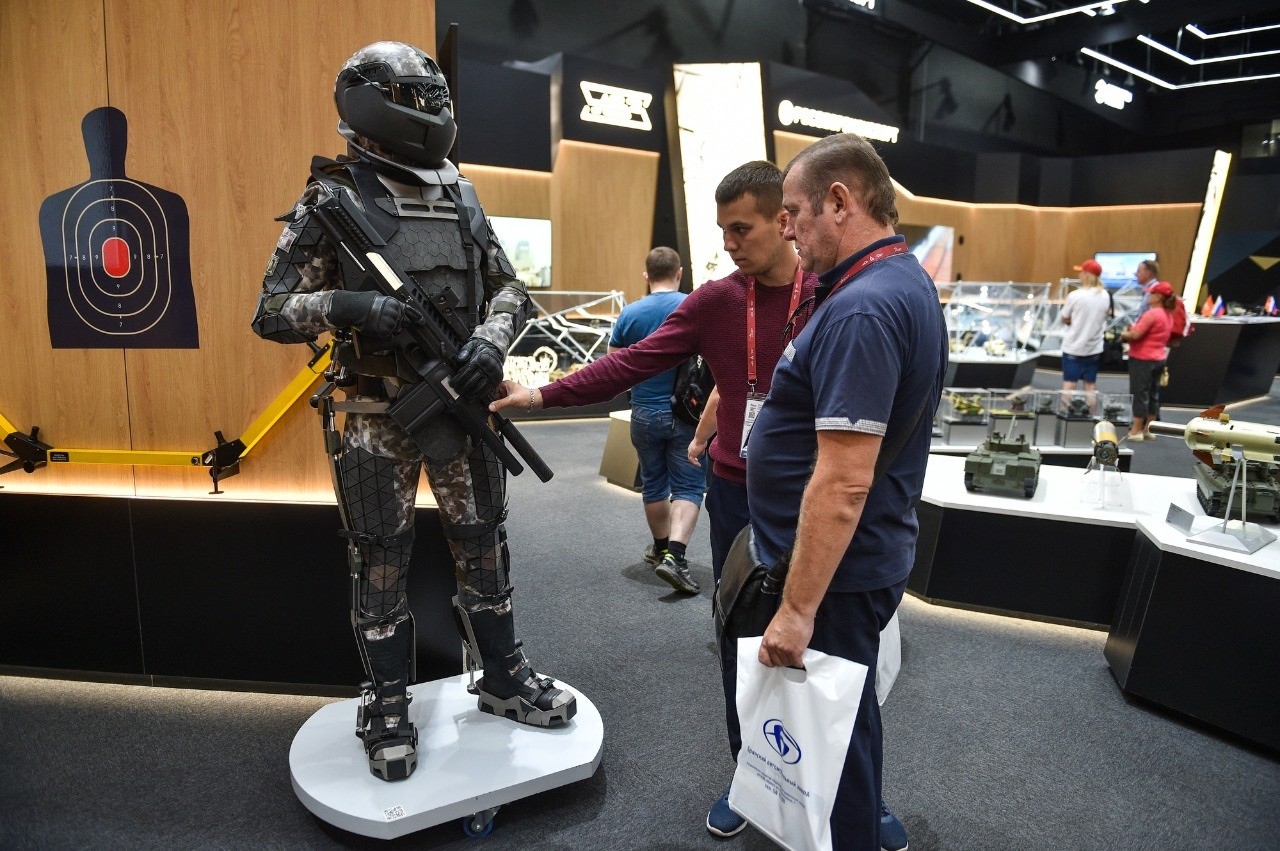 One distinctive feature of the "Tony Stark helmet" that will help Russian soldiers is its modularity. It will have several removable protective screens, like a visor on a knight's helmet, allowing the user to choose a protective screen with the required level of protection.

At the same time, just like Stark, soldiers using the new gear will information displayed before their eyes on the screen, including targets and how far away they are 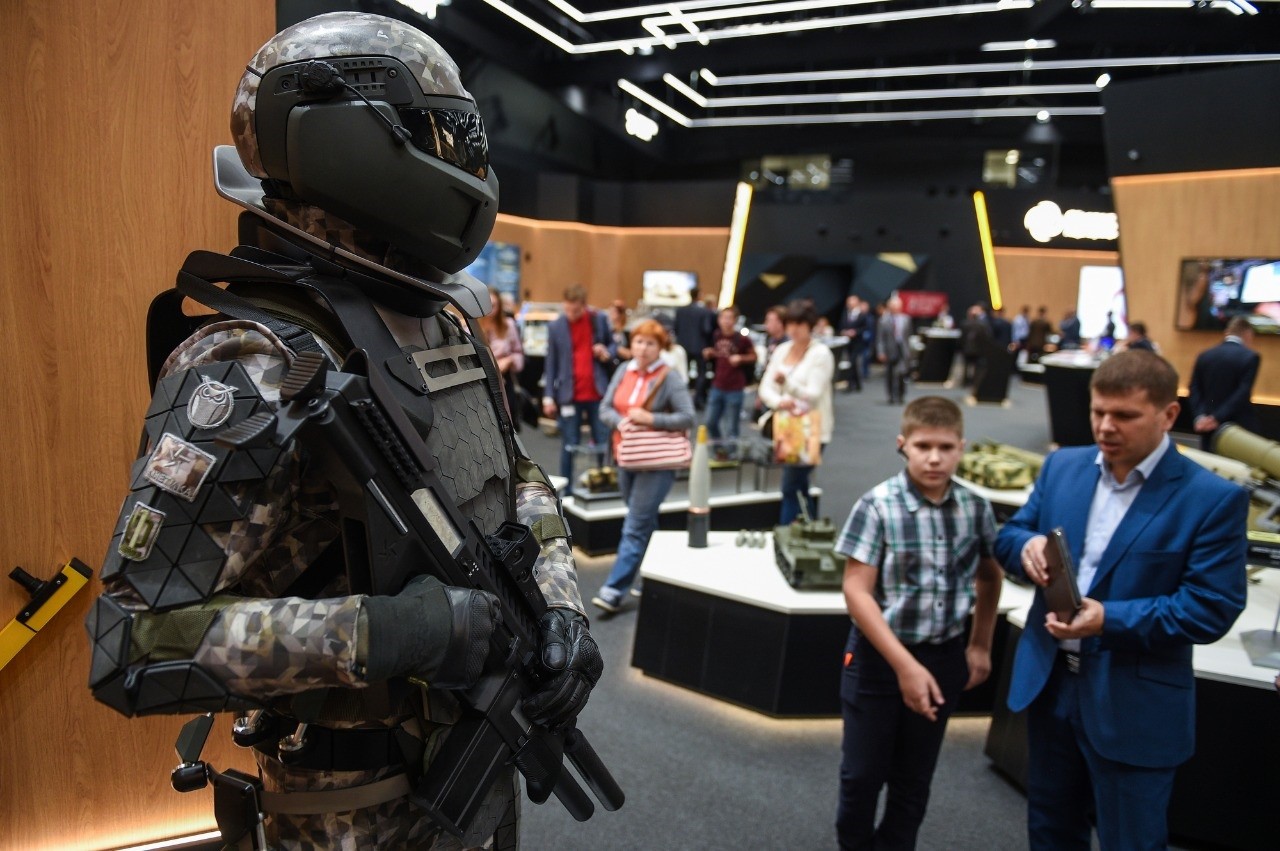 , designers are now working on specialized electrically controlled materials for the helmet, so that it can change color depending on the terrain, like a chameleon. In the future, the material will be able to display changes in the intensity and depth of color, imitating complex graphic images, like leaves fluttering in the wind – for better camouflage. 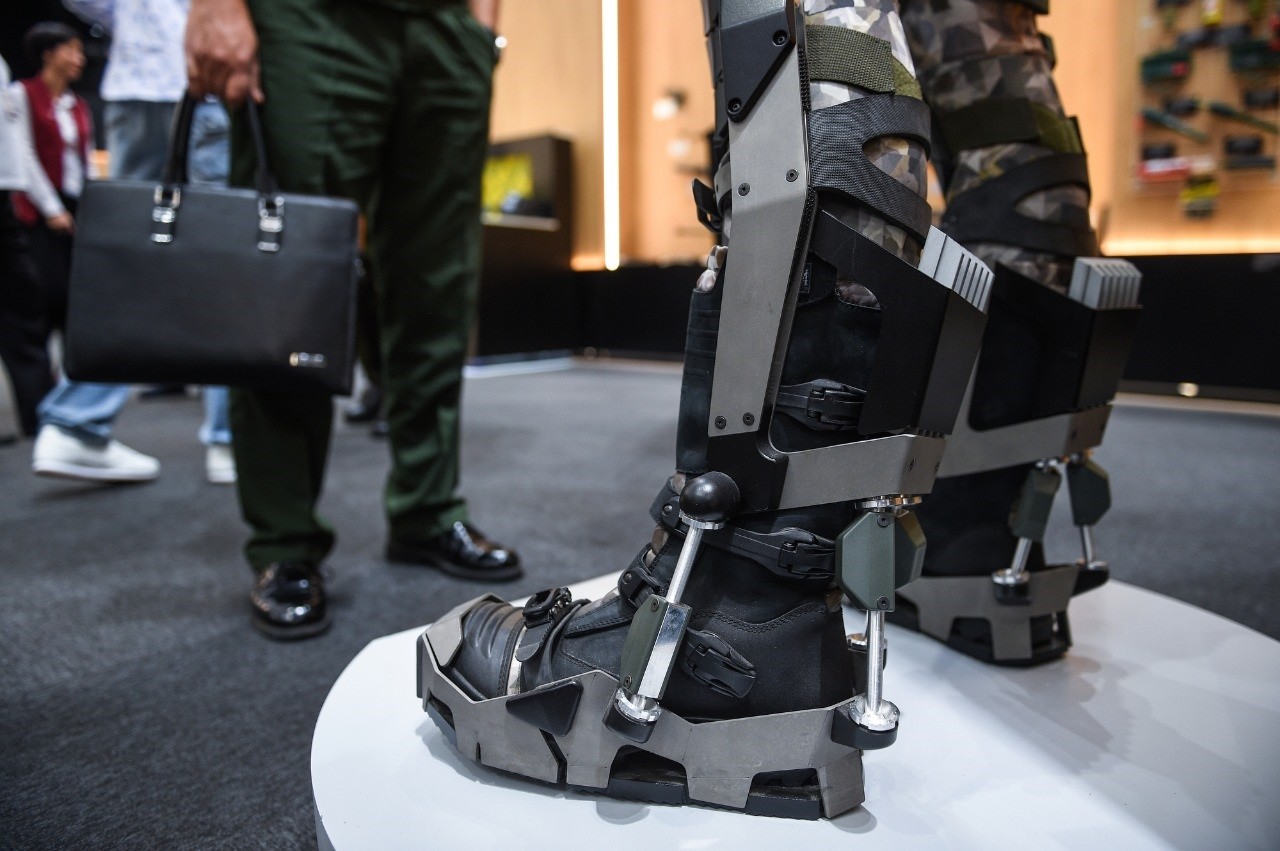 On the current version of the armor used by the Russian army, the plates are located on the chest. Standard plates can withstand up to 10 armor-piercing rounds from a Dragunov sniper rifle (7.62x54 mm caliber).

In the future, engineers want to use armor with similar protective properties on other parts of the body. For example, the mannequin presented at the exhibition had its arms, legs, flanks, and joints covered with armor. Its neck was partially protected by a massive new helmet.

The new armor is still at the prototype stage. That is why the developers cannot yet say how much the whole development and the final kit with all the gadgets will cost. The plan is to provide the armor not only to the special forces but to all rank-and-file soldiers in the country.

Full-scale tests of the new combat gear will begin in the early 2020s.