Who are the Russian geniuses of today?

Science & Tech
Yekaterina Sinelschikova
Alexander Kislov
Steve Wozniak, Mark Zuckerberg, Elon Musk...which Russians could rub shoulders with these guys without looking out of place? Here’s a look at some of the country’s finest minds living among us who have helped unravel the mysteries of the universe.

Grigori Perelman: A recluse who proved the Poincaré conjecture

Imagine you’re the most intelligent person on the planet and have solved one of the seven Millennium Prize Problems in mathematics. For this achievement the scientific community has awarded you a prize of one million dollars. Most people would be pretty happy, but not Grigori Perelman...he turned down the money, barricaded himself inside his home, and refused to answer telephone calls. 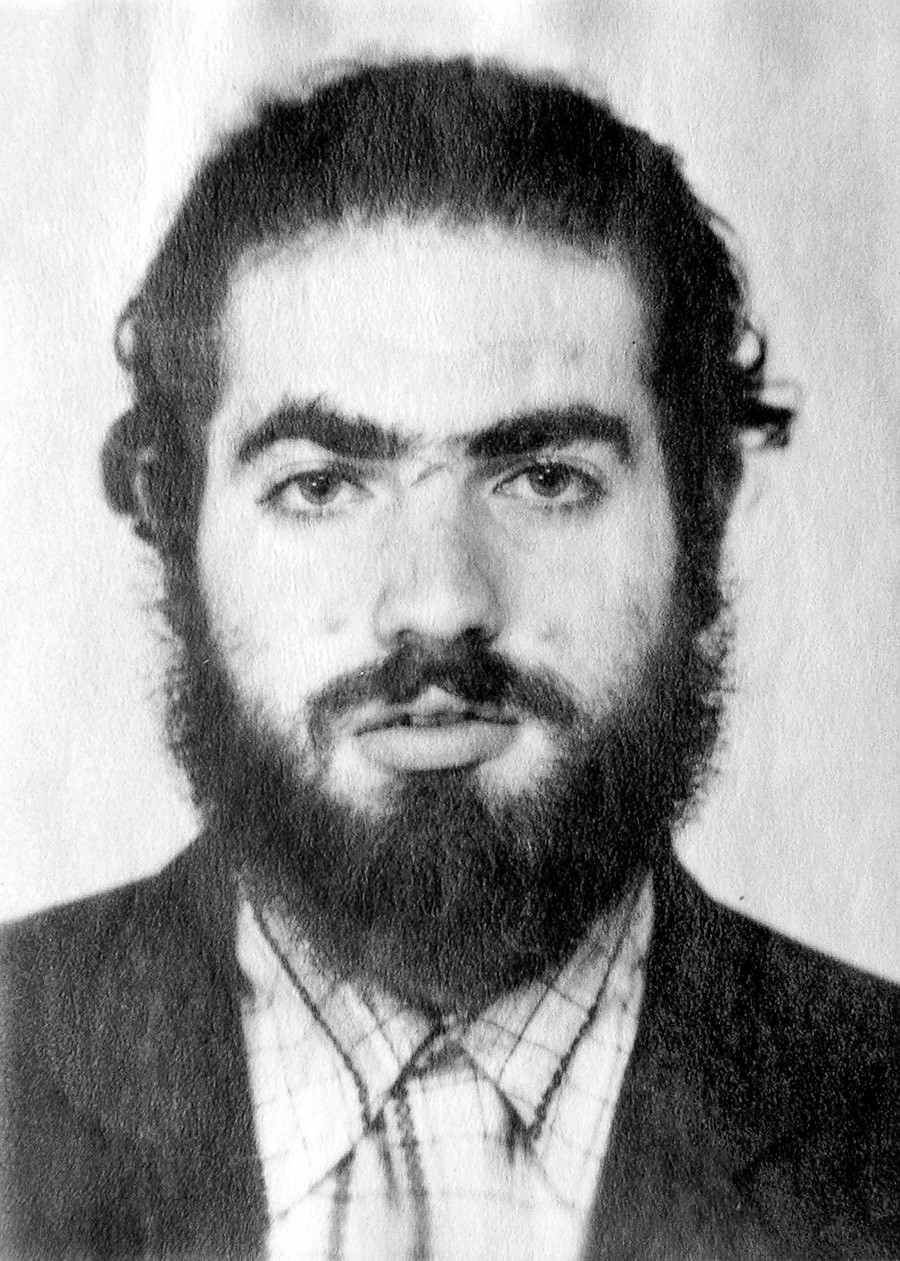 The brilliant mathematician rose to fame in 2010 after rejecting the huge cash prize for his proof of the Poincaré conjecture, which he published online back in 2002. Scientists took almost a decade to fully understand Perelman’s proof of the super difficult conjecture because he omitted many details, saying they were “self evident.” Put simply, he proved the most astonishing theory of the last century - that our universe is shaped like a three-dimensional sphere. He worked on the solution for eight years and during this time his laboratory colleagues had no idea what the reticent scientist was up to.

Asked in a rare interview why he didn't take the money, the genius replied: "I know how to control the universe. So why would I chase a million, tell me?" Perelman said his American colleague Richard Hamilton should also take credit for the discovery.

Konstantin Novoselov and Andre Geim, who made a ground-breaking discovery with…Scotch tape 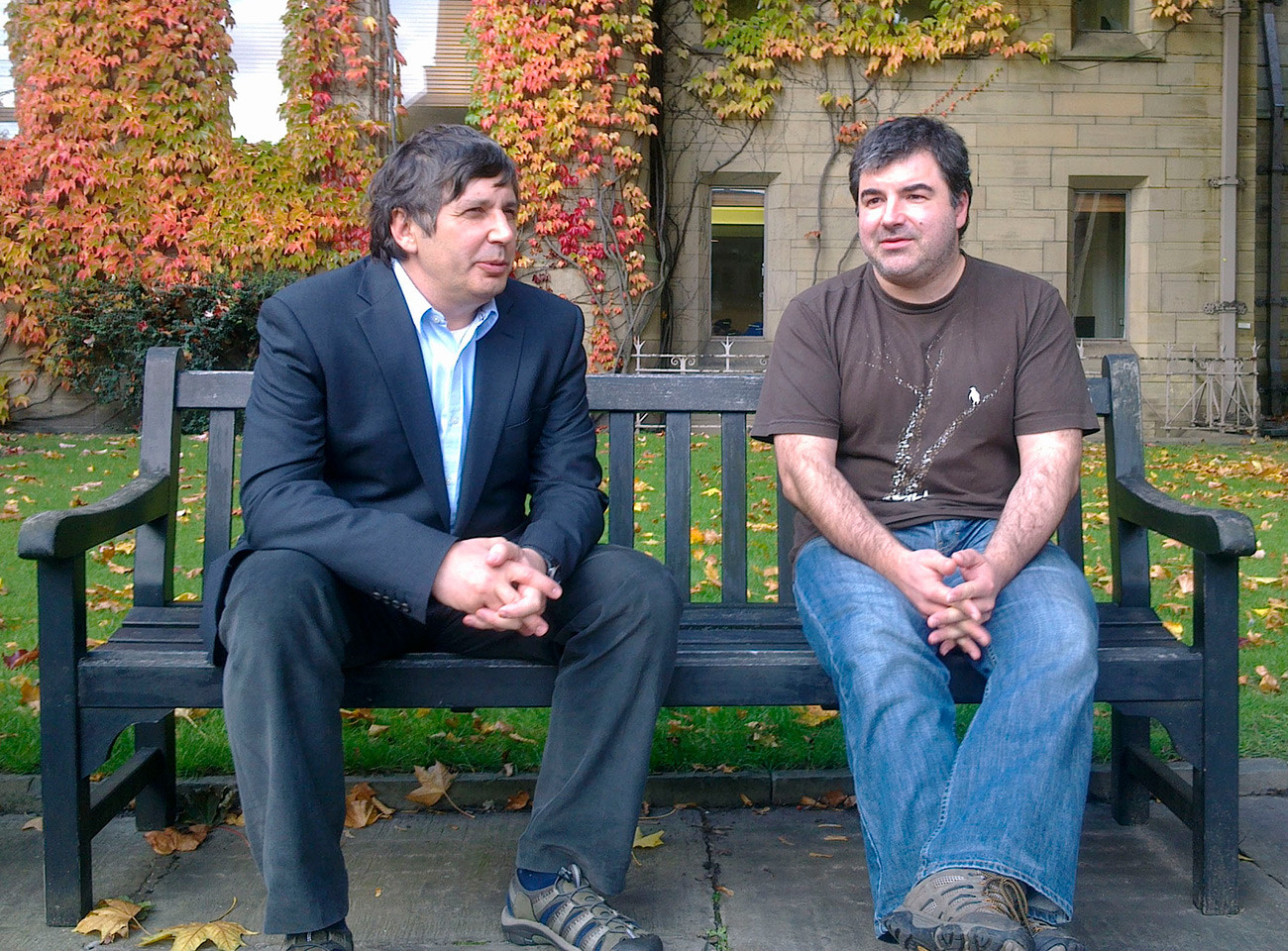 In 2010 the duo were awarded the Nobel Prize in Physics for discovering graphene, the strongest and thinnest material on Earth. However, it almost ended up on the rubbish tip.

Graphene is just one atom thick and billions of such layers form graphite (what pencil lead is made of, for example). Previously nobody believed it was possible to separate just one layer of graphite but Novoselov and Geim enlisted the help of ordinary Scotch tape. They used it to peel off layers from a piece of graphite in order to study them under a microscope. It really is this simple - it turns out all that’s needed is to stick Scotch tape to graphite and then repeatedly peel it off until a single-layer film is formed.

Now graphene is used in smartphones, cars, and the sports industry, even jackets are made from it. It’s also used as hair dye and is being tested for cancer treatment. And this is just the tip of the iceberg.

Yuri Oganessian, the man who expanded the material world 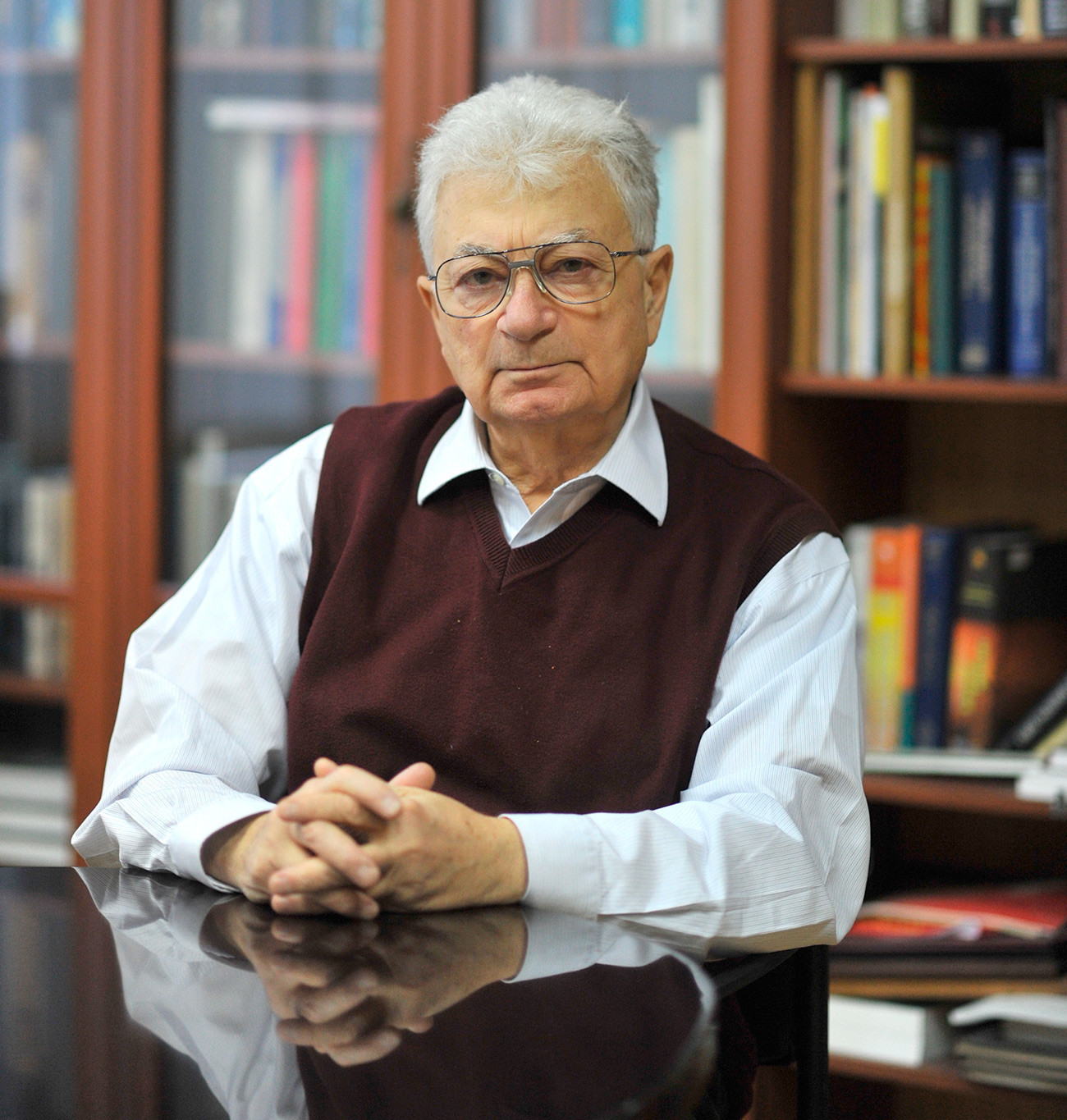 Devoting more than 40 years to an experiment that has every chance of failure is very much the Russian way of doing things.

This is exactly what physicist Yuri Oganessian has spent more than half of his life doing in an attempt to expand the limits of the material world, without knowing whether major failure or resounding success awaited him. After all, it would appear that everything we can see and touch, and everything we are made of, was described in Dmitri Mendeleev's Periodic Table a long time ago.

The reason for thinking otherwise was provided by Mendelevium, a synthetic chemical element with the atomic number 101, which was  synthesized in the U.S. in 1955. Physicists had a feeling that there could be many more elements. Moreover, it’s possible that there are elements (much heavier than uranium) that do not decay and may have a life of hundreds of thousands and even millions of years. This is how the island of stability theory came about - it suggests there’s a material world which we did not suspect, which exists according to different laws.

"We looked in the ground and in samples from the Moon, and in the U.S. nuclear explosions were conducted and big accelerators built, all to no avail," Oganessian recalled.

He only reached the shores of the first "island" in 2000. These were elements 114 and 116, synthesized using an accelerator (on Earth, these elements have never been found in a natural environment). By 2015 there were already six new superheavy elements. And this may not be the end of the story. Oganessian has been nominated for the Nobel Prize more than once, and in 2017 an island of stability was found even without an accelerator 370 light years away in the constellation of Centaurus.

Igor Mitrofanov, the man who found water on Mars 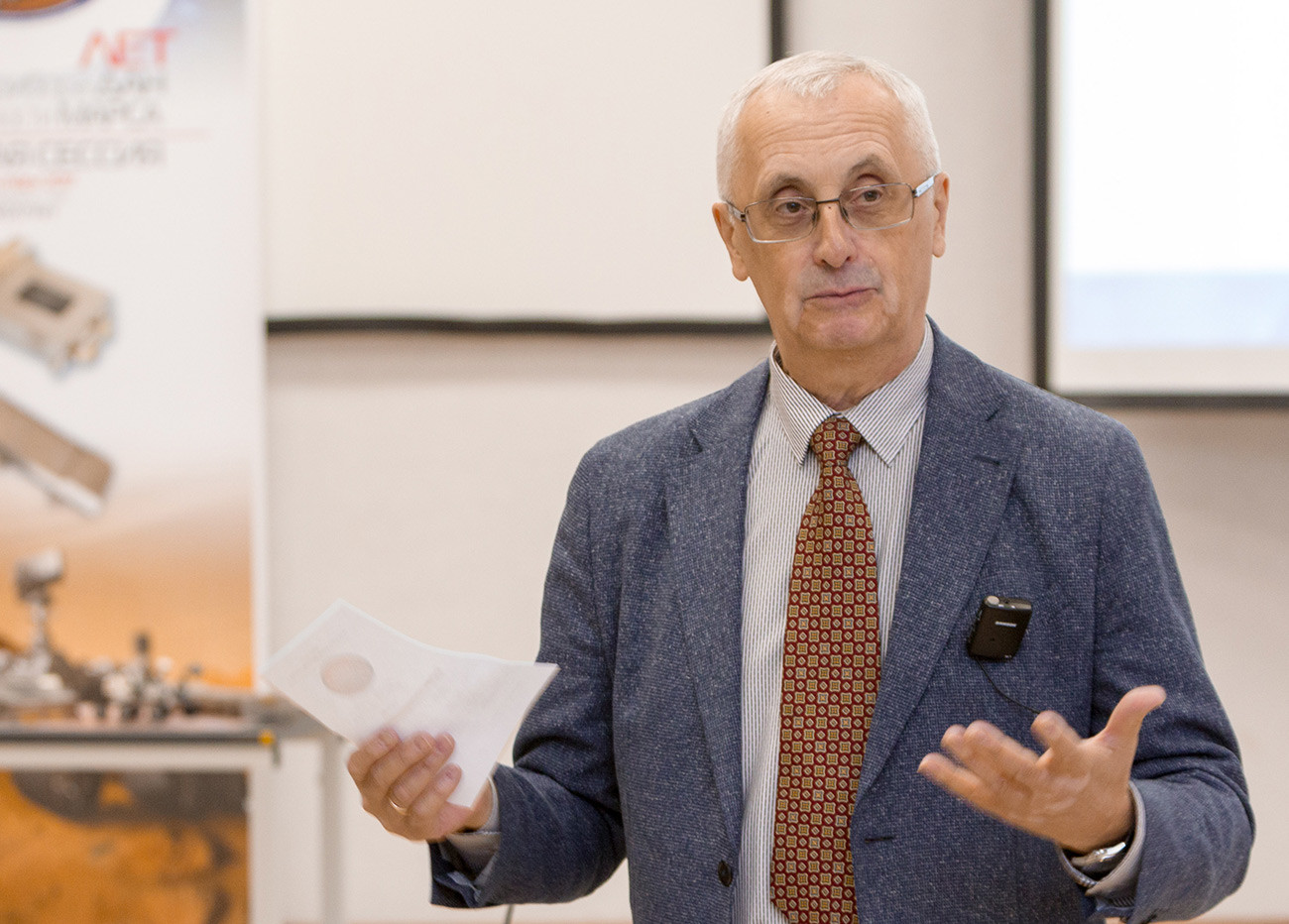 He’s the only person in the world whose instruments (installed on spacecraft) have systematically been studying the planets and their moons in the Solar System in search of extraterrestrial life (for over a decade). Six of Mitrofanov’s inventions have scanned space, the latest of which left for Mercury in 2018.

It is Mitrofanov to whom we owe the discovery of water on Mars and the Moon. His instrument equipped with a neutron detector is mounted on the American Curiosity rover which is roaming the surface of the Red Planet as we speak. He has also made an instrument that was sent to Jupiter.

But ultimately, all this is needed for just one thing, Mitrofanov explained: "It is quite possible that the water that we now have running from our taps was brought to Earth by comets from interplanetary space. By studying the evolution of Mercury and the other terrestrial planets, we will better understand the past and the future of our own planet."

Zhores Alferov, who propelled humanity to another level 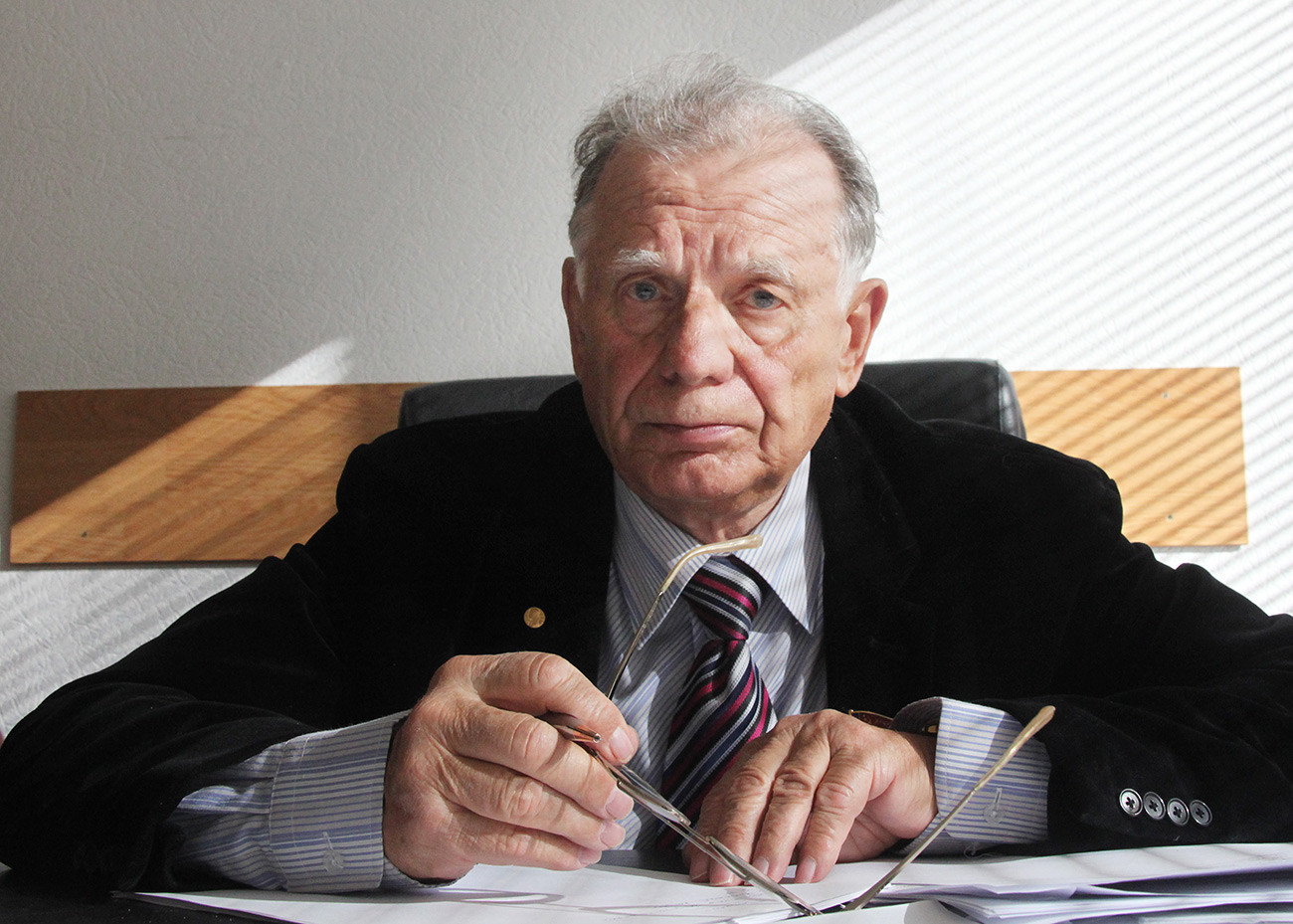 Another Nobel laureate in physics, Zhores Alferov, was involved in the laser race that started between the U.S.S.R and U.S. in 1968. Scientists competed to develop a new technology - semiconductor lasers, which open the door to a fundamentally new world of electronics.

And he succeeded. Alferov was the first to invent the technology that later made it possible to produce optical CD players and discs, mobile phones, solar batteries, laser "scalpels," optic fiber (without which there would be no internet), and many space technologies.

In the same year (2000) an identical discovery was made by scientists from the U.S., so the Nobel Prize was divided among three people. But Alferov maintains in interviews that "We started the production of the electronic components earlier. Had it not been for the 1990s, it is we, and not the U.S., who would have been producing iPhones and iPads now."