Sting and Radiohead use these Russian microphones. Why? 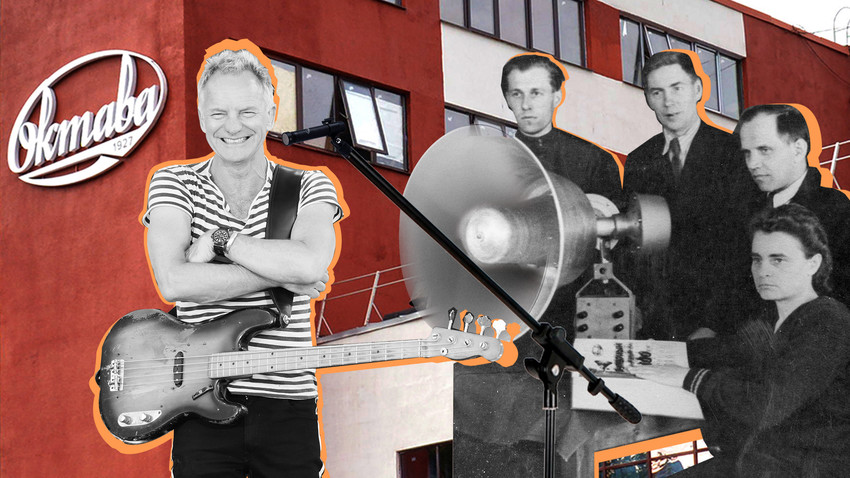 Few foreign tourists visit the city of Tula, but it is the birthplace of many things that Russia is famous for around the world. Leo Tolstoy was born in Tula, and the city produces famous rifles, samovars and gingerbread. Also, it makes microphones used by the likes of Radiohead. Here is what you need to know about the legendary Oktava factory, which makes world-class sound recording equipment.

1. Started in a small workshop 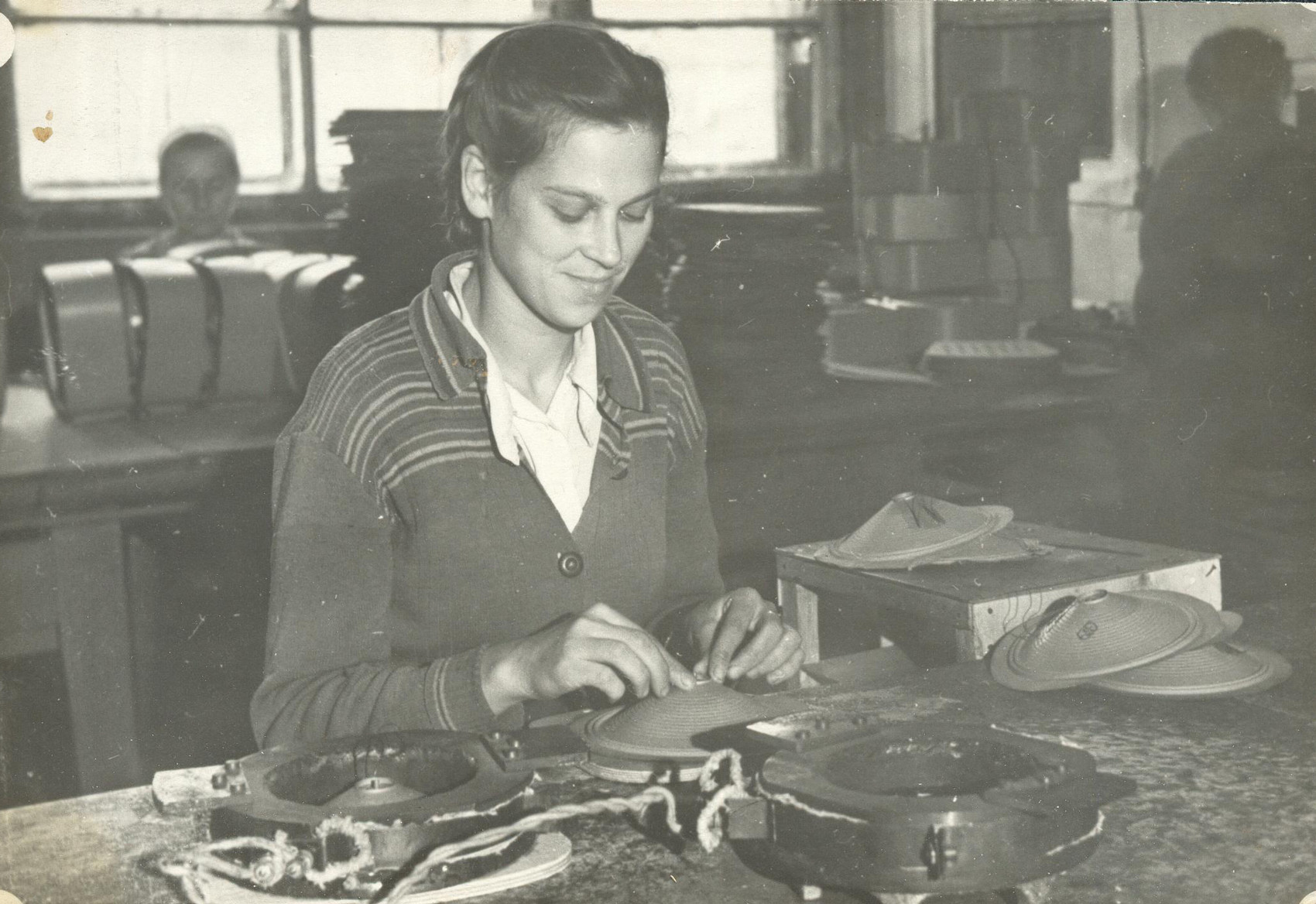 In 1927, local radio amateurs set up a workshop in Tula to make radio components. Radio in the USSR was developing in leaps and bounds, and items made by Tula craftsmen were so popular that the workshop turned into a factory. By 1930, it was supplying radio components to 52 cities up and down the country.

2. Made loudspeakers for Red Square 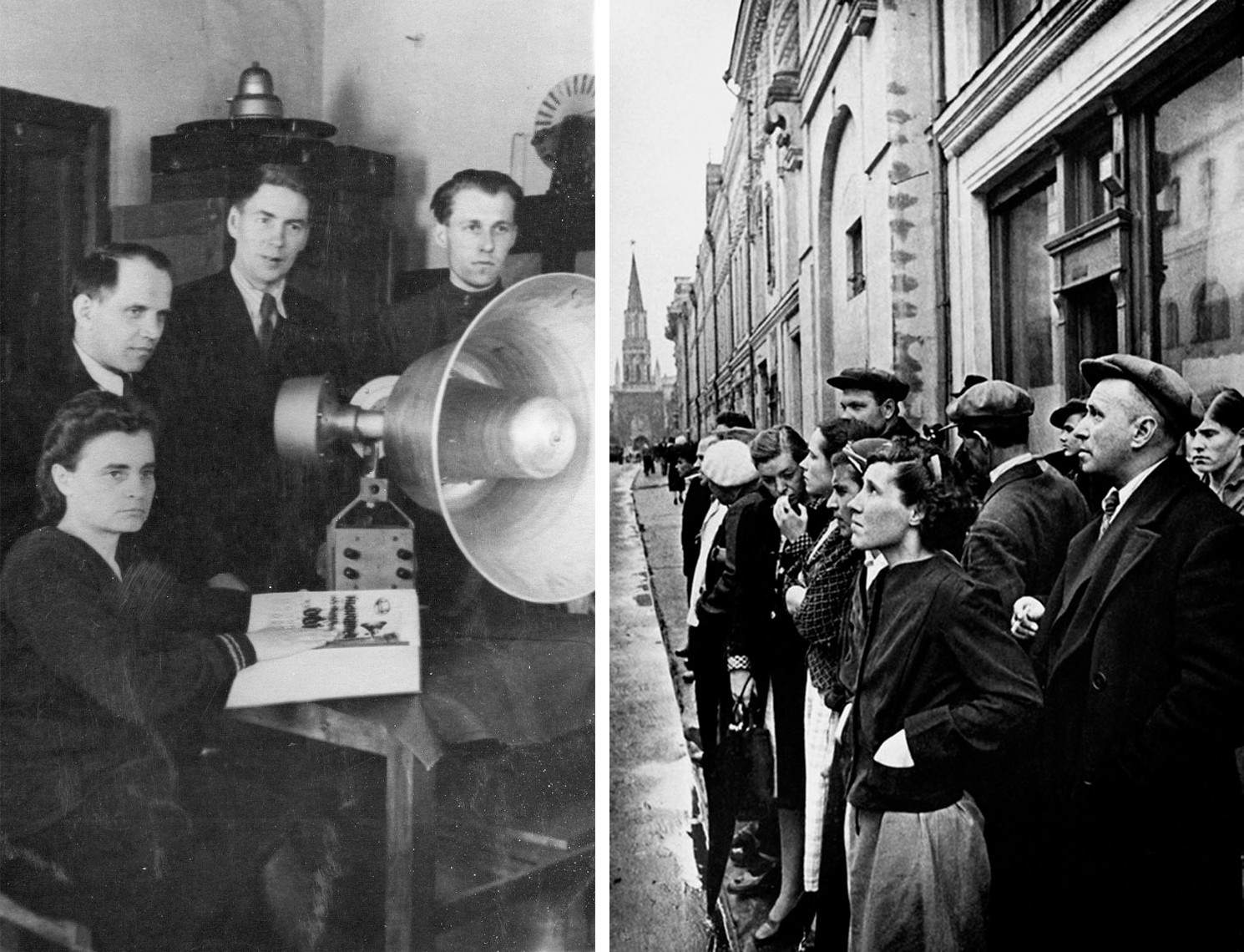 The factory also established its own laboratory, which in five years' time developed the T-35 radio receiver (no relation to the T-34 tank), which went on to win in pan-USSR radio competitions. Later, the factory produced a dynamic microphone and street loudspeakers, which were installed in Moscow squares, including Red Square. During the Second World War, Oktava loudspeakers were used to inform Soviet citizens about important developments.

3. Made its mark at a World Expo 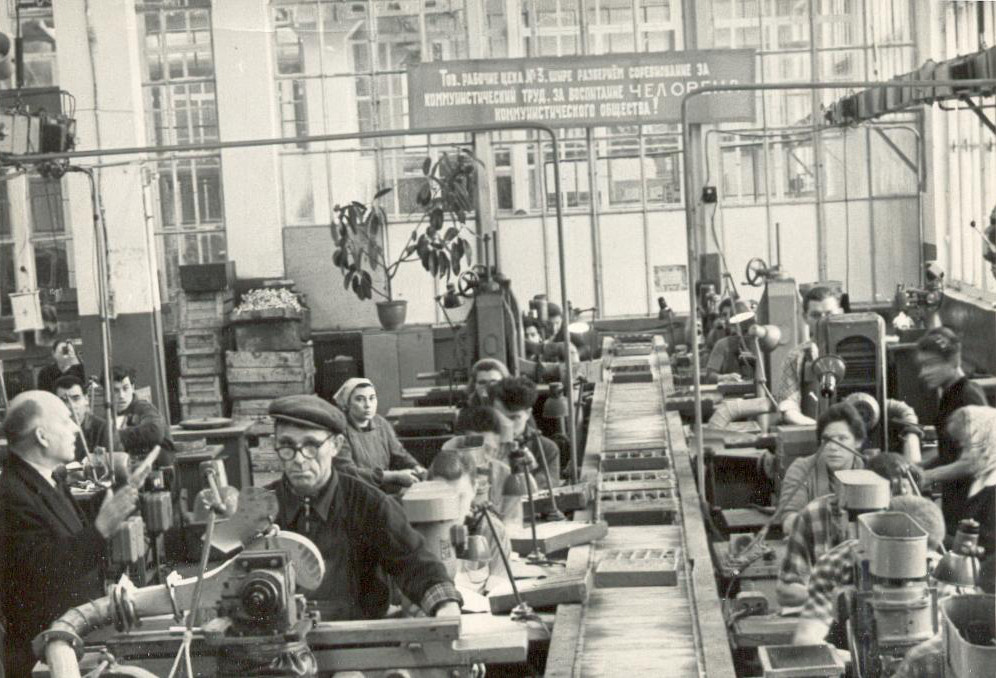 Oktava engineers produced loudspeakers for the Soviet pavilion at Expo 1958 in Brussels. In addition, in order to surprise and surpass the entire planet, they presented the first small-size phones (including for simultaneous interpretation). In the end, the Soviet pavilion received an honorary diploma and worldwide recognition (as well as export orders).

4. Been to Outer Space 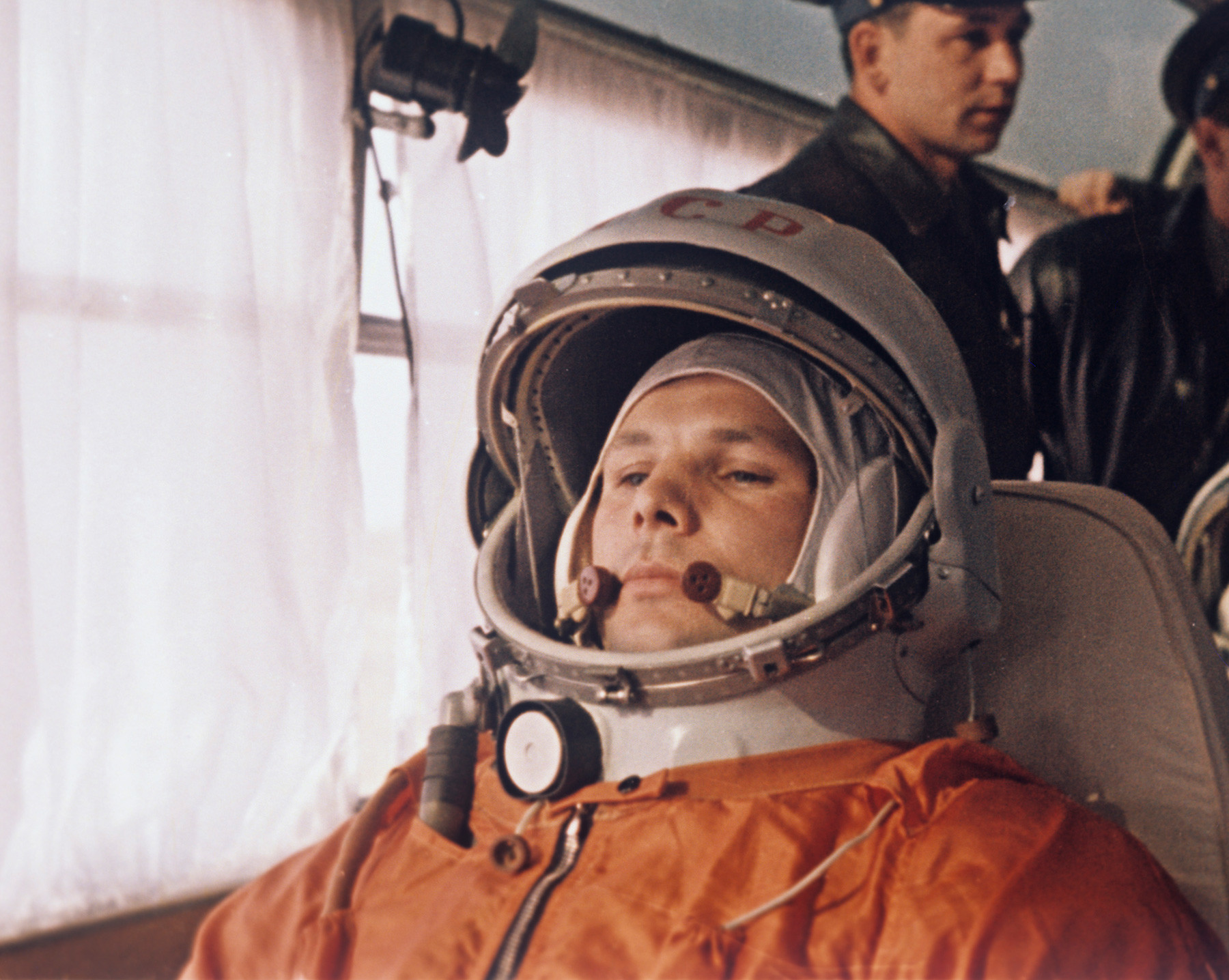 Do you remember what Yuri Gagarin said as his rocket took off on the first-ever manned space mission in 1961? "Let's go." He said those words into an Oktava microphone. Archive pictures show that the world's first cosmonaut had that tiny, and extremely advanced for its time, device attached to his spacesuit.

5. A mic featured in a picture with the USSR's leading music idol 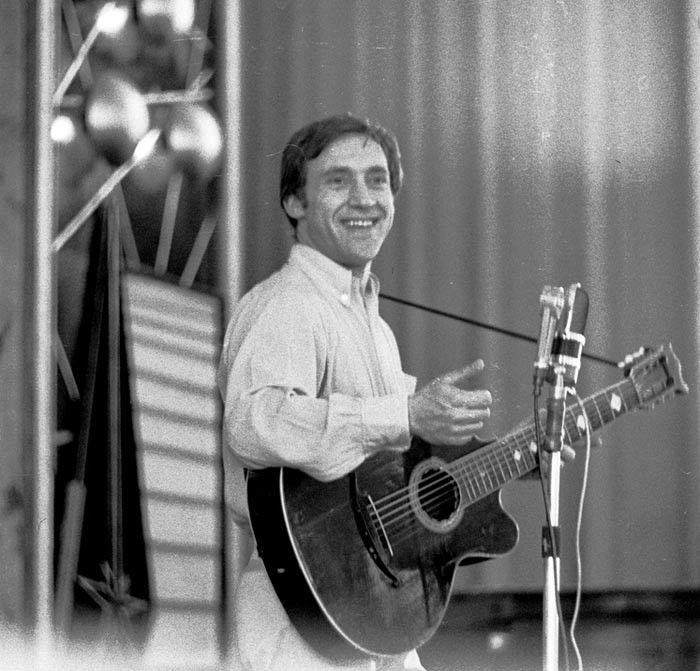 The year was 1974. The popularity of cult singer-songwriter Vladimir Vysotsky was at its peak and his voice was instantly recognizable. Not every microphone could accurately convey the intensity of that ragged and heart-rending voice. In this picture, Vysotsky performs into a Soviet ML-16 mic.

6. Used to record an album for Radiohead 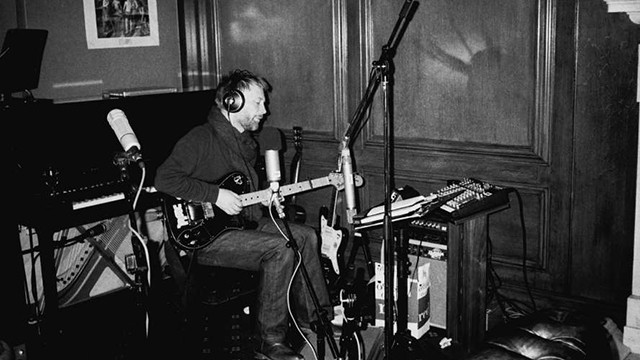 The MK-012 microphone, created in 1996, remains a flagship product for Oktava. This microphone was used by Radiohead lead singer and guitarist Thom Yorke, who used it during the recording of the OK Computer album in 1997.

7. A favorite with Marilyn Manson 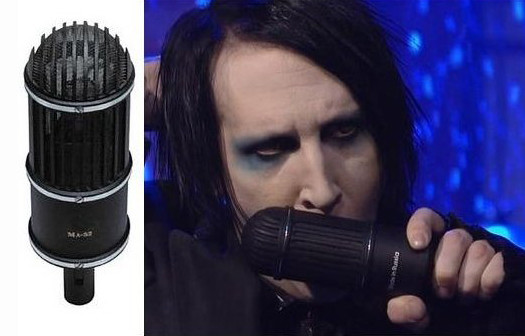 In 2015, Marilyn Manson performed on the popular American TV show, The Tonight Show with Jay Leno, using Oktava's ML-52-02 ribbon microphone. (In fact, that microphone is intended for studio recordings, not for concerts.) 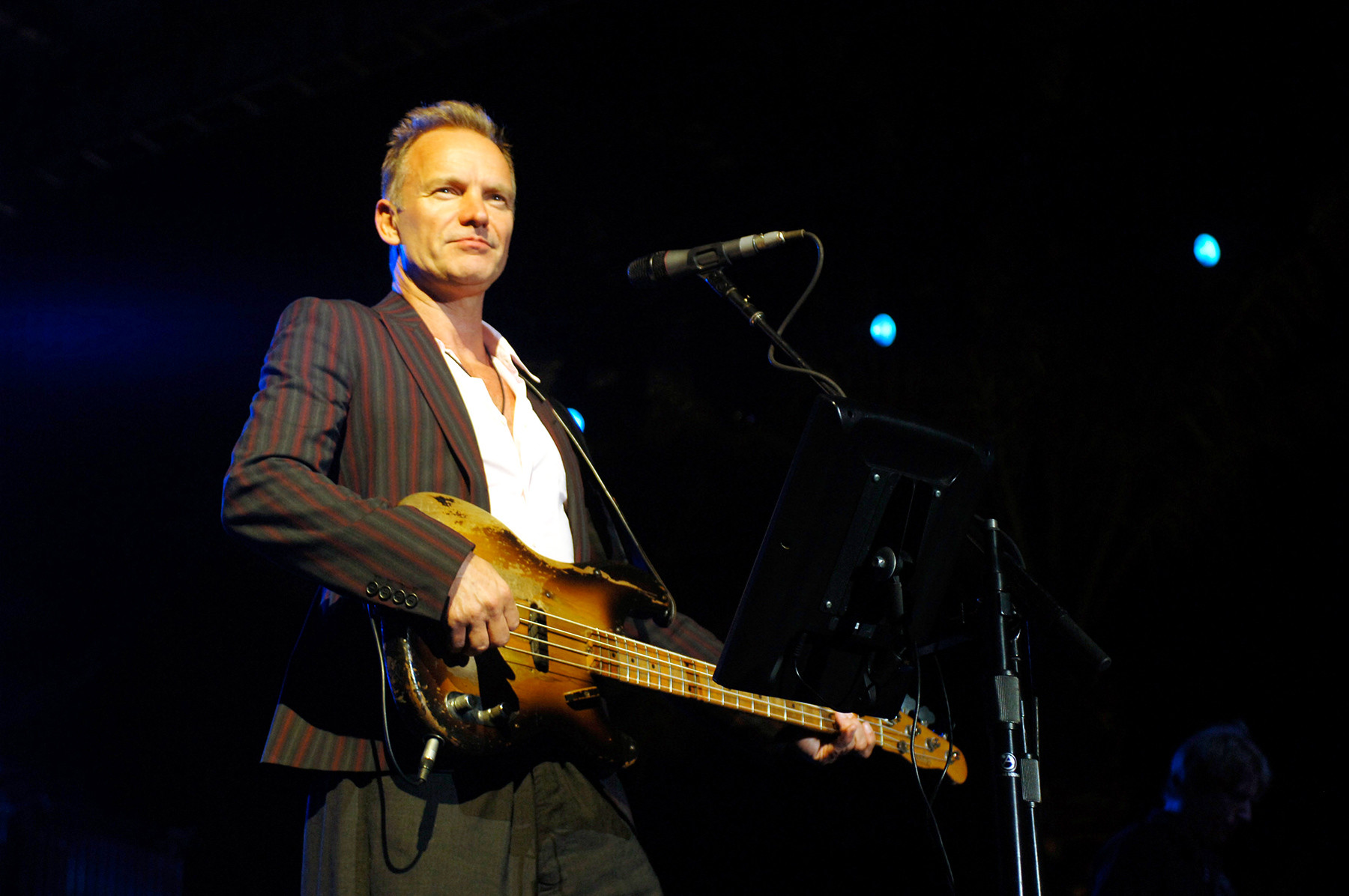 High quality but relatively cheap Oktava products are used by leading sound engineers in the West. For example, Hugh Charles Padgham used the company's microphones to record Sting. They are also used by the Electric Audio Studio, where Nirvana made its recordings. 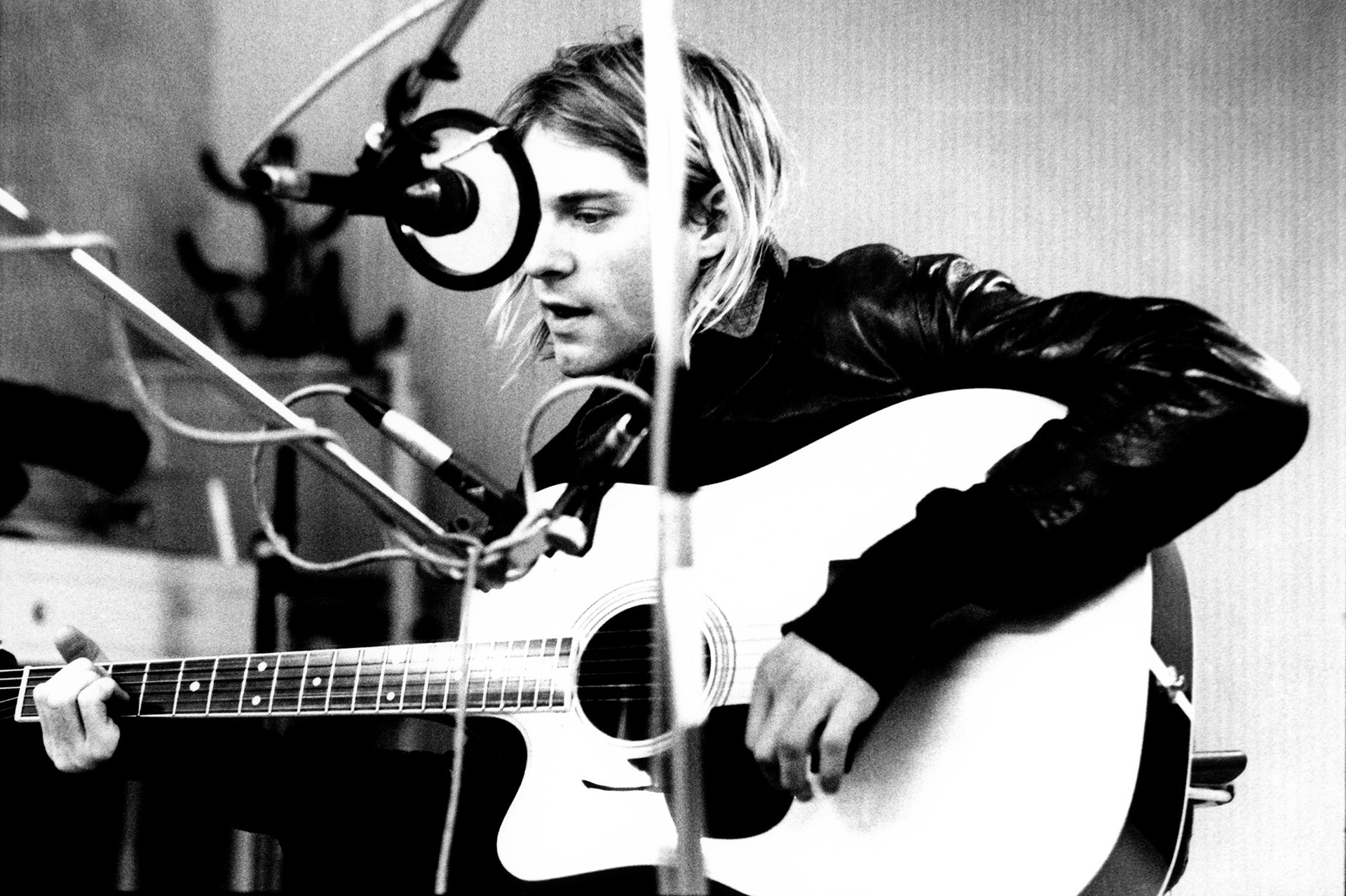 Oktava is the product of choice for Hollywood sound designer Charles Maynes, who has worked on many well-known films, as well as on more than 60 computer games (including Call of Duty 1-3, Medal of Honor, Black, Need for Speed: Underground, Spider-Man).

9. Used in civil aviation and elsewhere 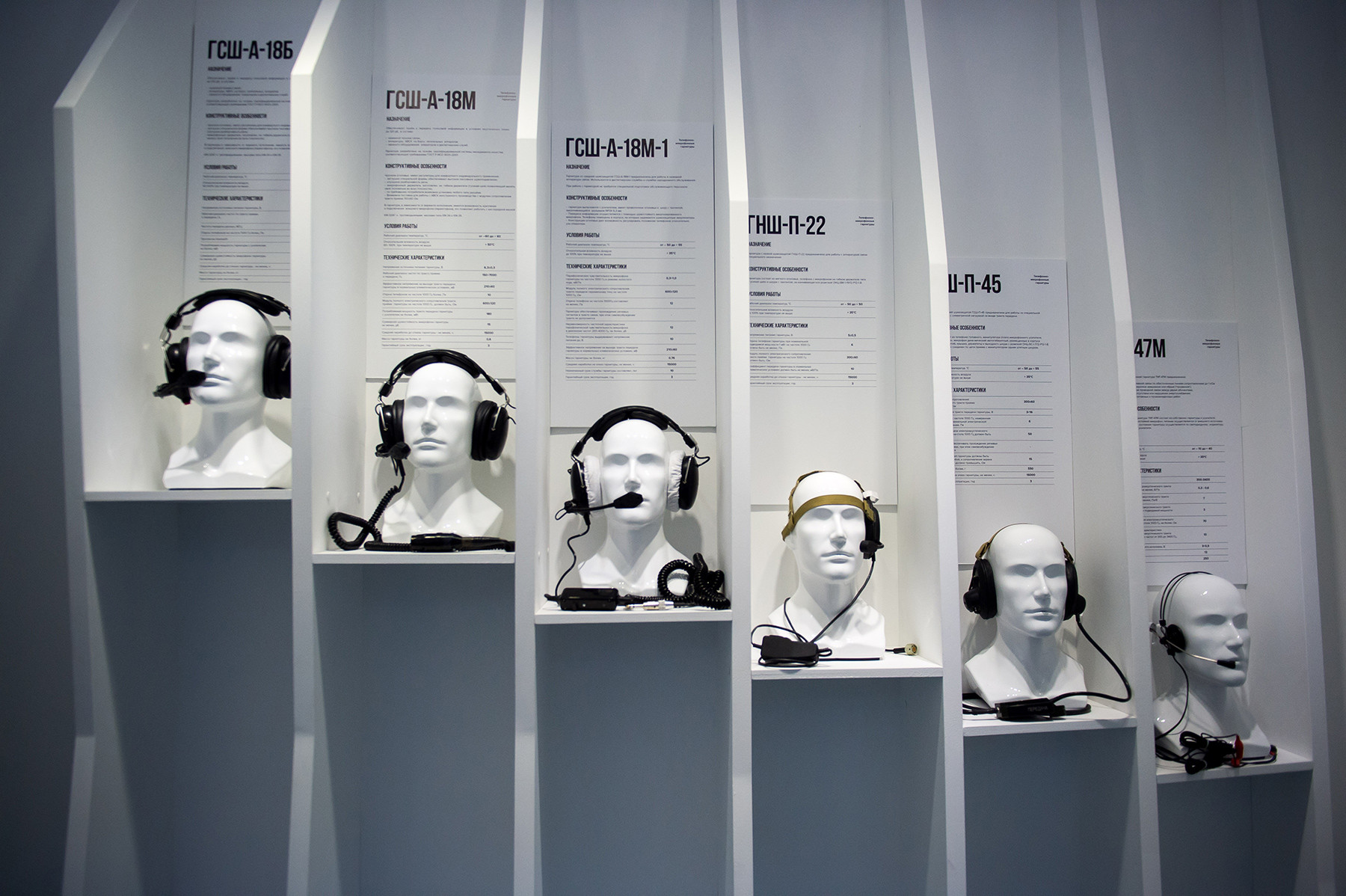 Microphones, headsets, radio communication and telephone devices - all these are still manufactured in large quantities in Tula. For example, many Russian airports are equipped with Oktava headsets, while many Russian banks use Oktava microphones in biometric identification of clients.

10. A focus on consumer projects 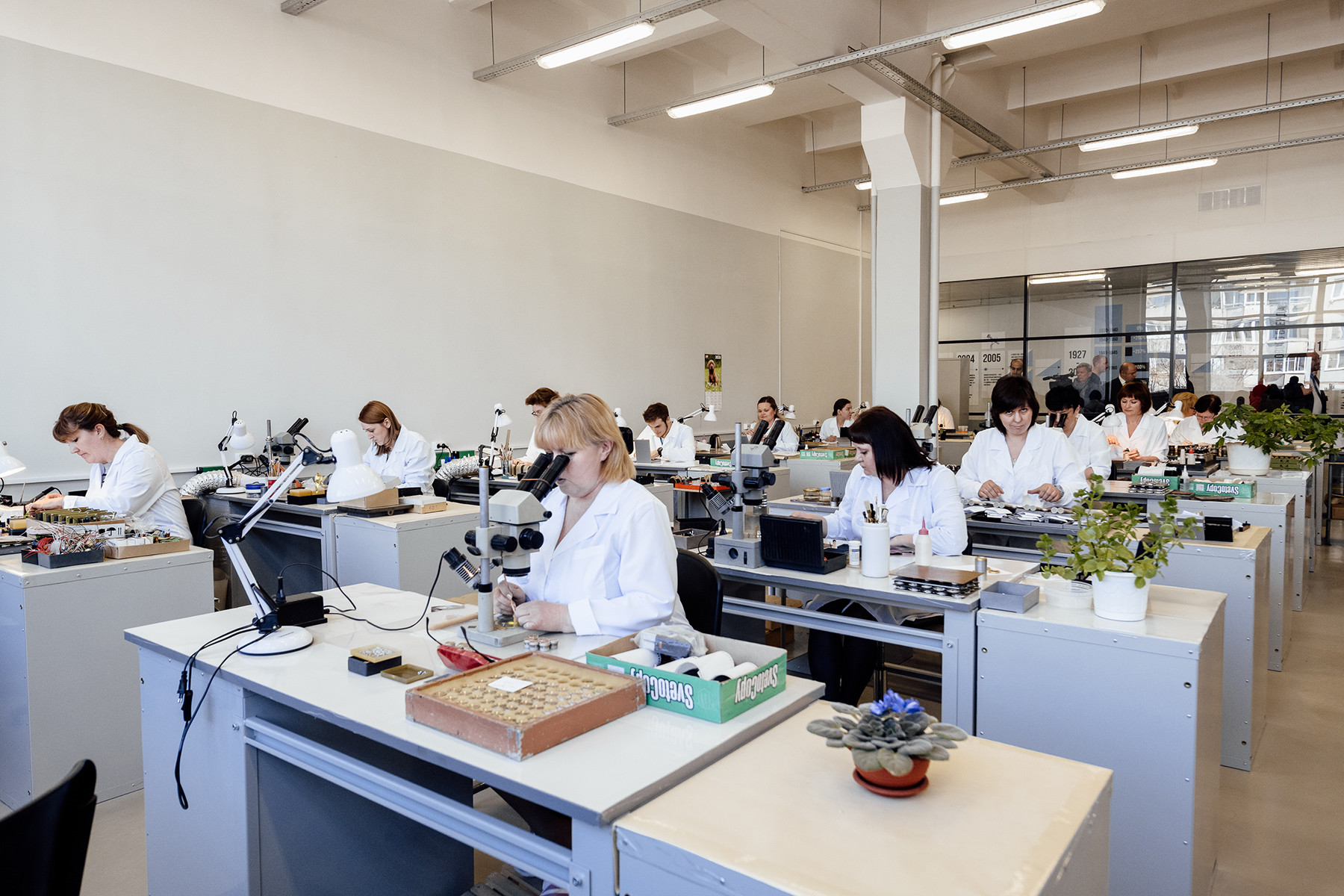 Over the past few years, Oktava has recruited young industrial designers who dream of making the factory’s products affordable and attractive. One of their promising designs are wireless headphones. Watch out, AirPods! 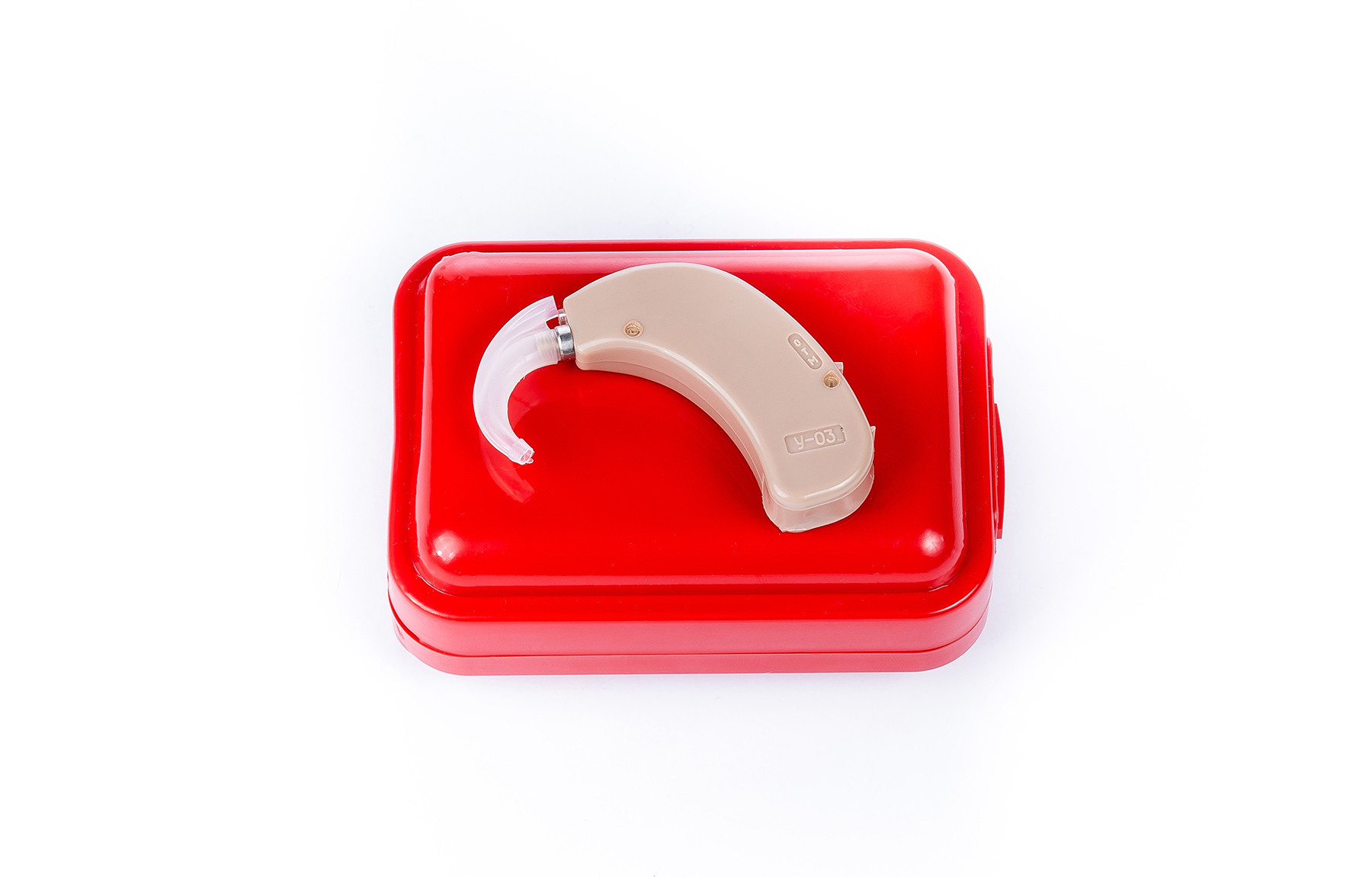 In addition, since 1993 the factory has been producing Elektronika U-03 hearing aids and is now actively developing more modern digital models.

READ MORE: 5 awesome reasons to escape Moscow to Tula for the weekend