Your Huawei could be saying "Da!" very soon

Science & Tech
Victoria Ryabikova
Getty Images, Yandex
The pre-installation of a dozen more Russian apps is also in the cards. Will Russian technologies be able to replace similar services from Google?

Whether Alice is set to appear in all the Chinese firm’s smartphones or only in those for the Russian market, he did not specify.

According to Chang, negotiations have been ongoing for two months. However, it is still too early to speak about outcomes.

What do we know about Alice?

Yandex unveiled Alice two years ago. Like Siri and Google Assistant, the system can perform everyday tasks, including browser searches, weather reports, opening apps, emergency calls, recommending nearby restaurants, and so on.

Alice is constantly improving with the aid of a neural network and user data. So far, "she" has learned how to rap, play word games, and give witty answers to unusual questions. 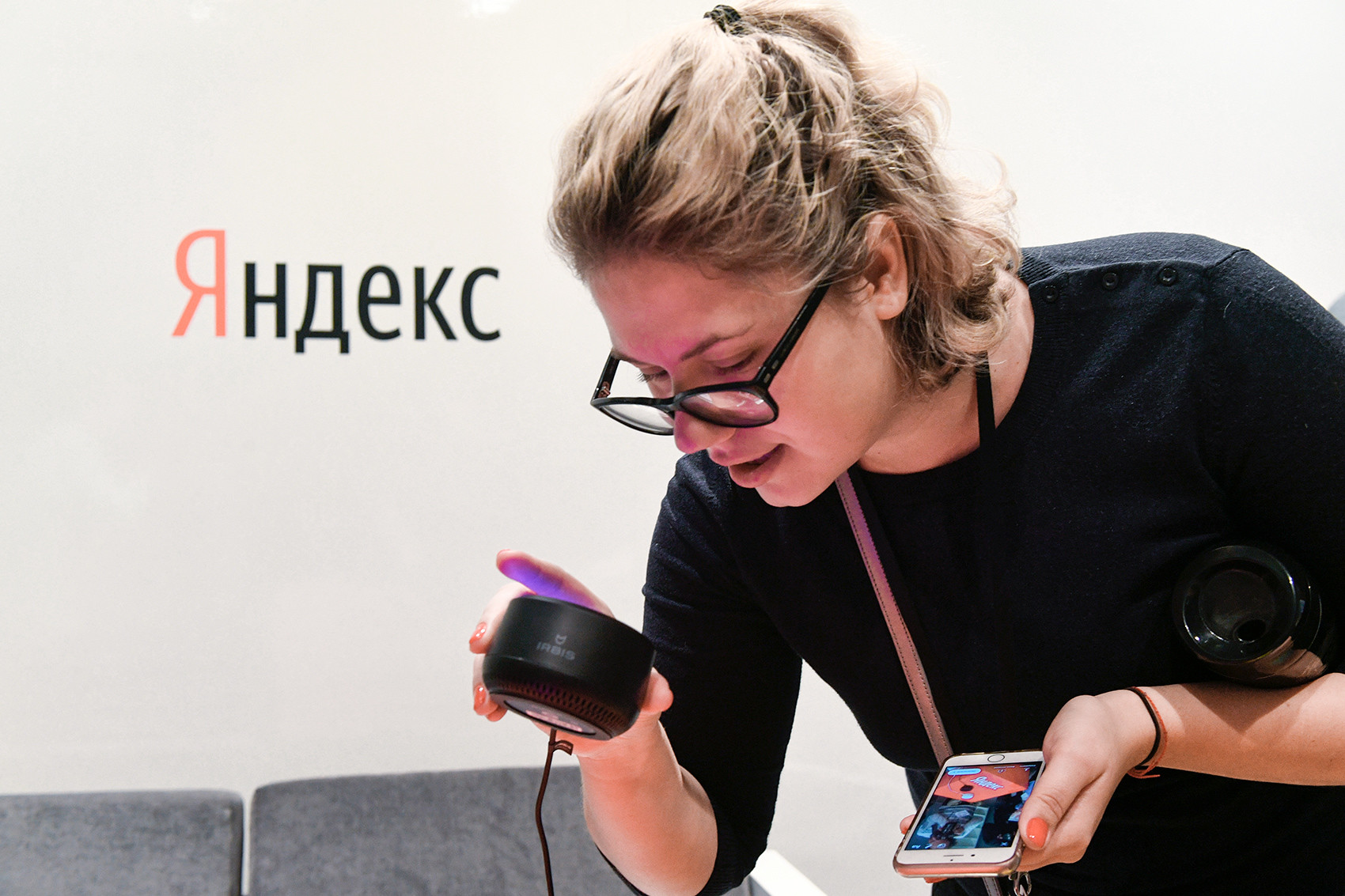 the Girl is considering a "smart" column from Irbis A at the presentation of new products and a big search update "Yandex".

Alice can be installed on any smartphone or tablet for iOS and Android. It is also embedded in Yandex and third-party smart speakers.

The voice assistant can control smart devices, be it a Xiaomi vacuum cleaner, a Redmond electric kettle, or Yandex’s own miniature media player or smart sockets and bulbs. Armed with all this kit, you can ask Alice to turn on and adjust the lights, play a song, set your morning alarm, recommend a TV series, and much more.

Alice can even speak in the voice of the actress who dubs Scarlett Johansson in movies for the Russian box office.

How does Alice interact with other apps?

It works well with basic pre-installed apps, such as SMS, camera, calendar, calls, and alarm clock.

Although it is incompatible with other apps (in particular, Google’s), Yandex duplicates many Google services and offers some additional ones, creating an entire ecosystem that includes a search engine, browser, music service, taxi aggregator, weather service, maps, news aggregator, etc. Alice works with all of them.

So if the talks are successful, we can expect all these apps to appear alongside Alice in Huawei devices, Chang let it be known. 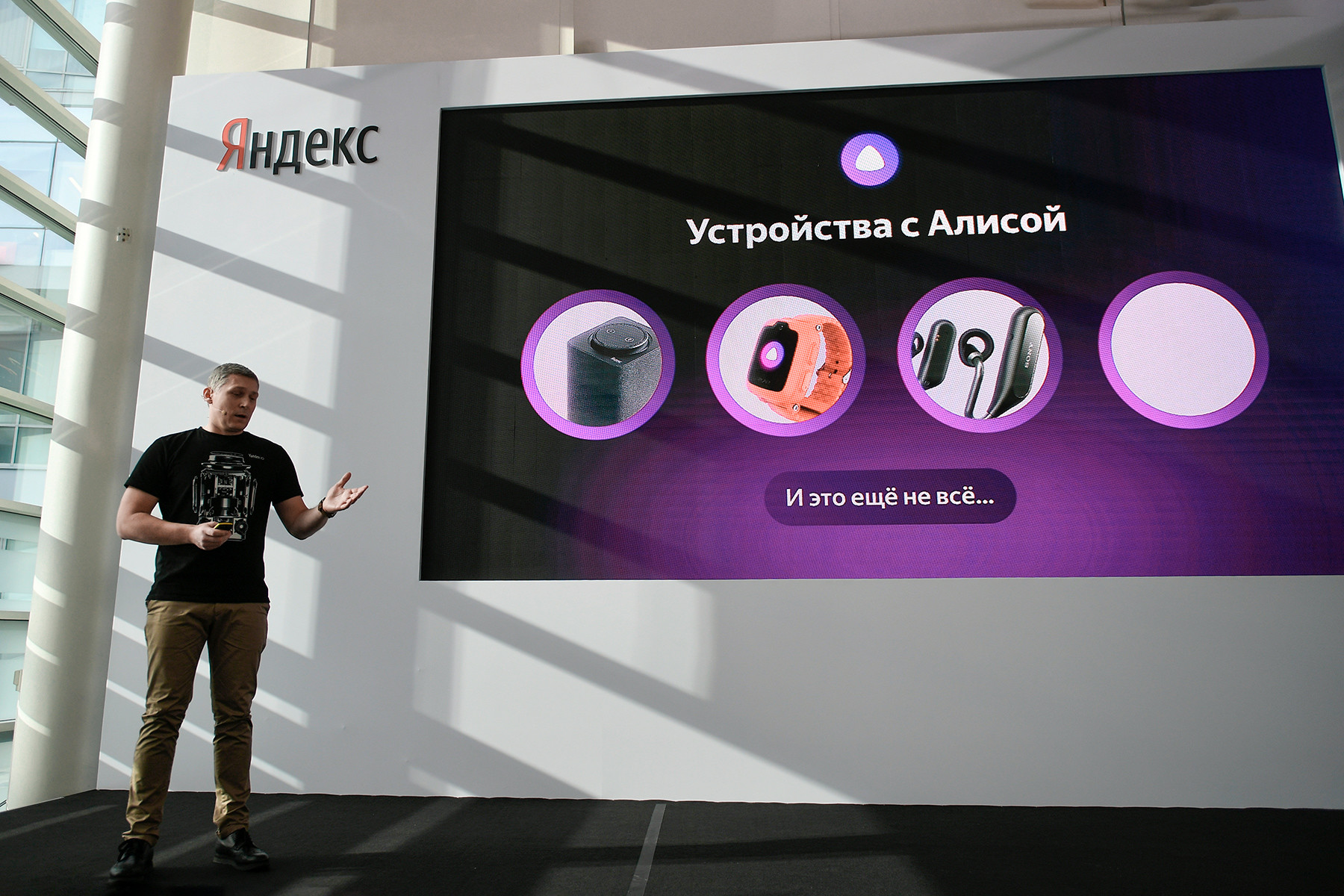 Director of experimental products of the company "Yandex" Konstantin Kruglov at the presentation of new products and a large search update "Yandex".

It is not the first time that Yandex has tried to break into markets further west. Yandex.Taxi already operates in Israel, Finland, Latvia, Ivory Coast, and several CIS countries, including Georgia, Belarus, Armenia, and Kazakhstan.

Earlier this year, the company presented an in-house driverless car at the Consumer Electronics Show (CES), the world’s largest such exhibition. Unlike its competitors, the car had no engineer in the driver’s seat. With that in mind, the task of teaching Alice to speak English seems tame by comparison.

Is that the full extent of Huawei’s collaboration with Russia?

No. We already wrote that Huawei could completely replace Android with Aurora OS, made by fellow Russian company Rostelecom. And that’s not to mention the ongoing cooperation in the field of 5G.

As a result, Huawei unveiled its own Harmony OS, but that’s not the end of the story either. 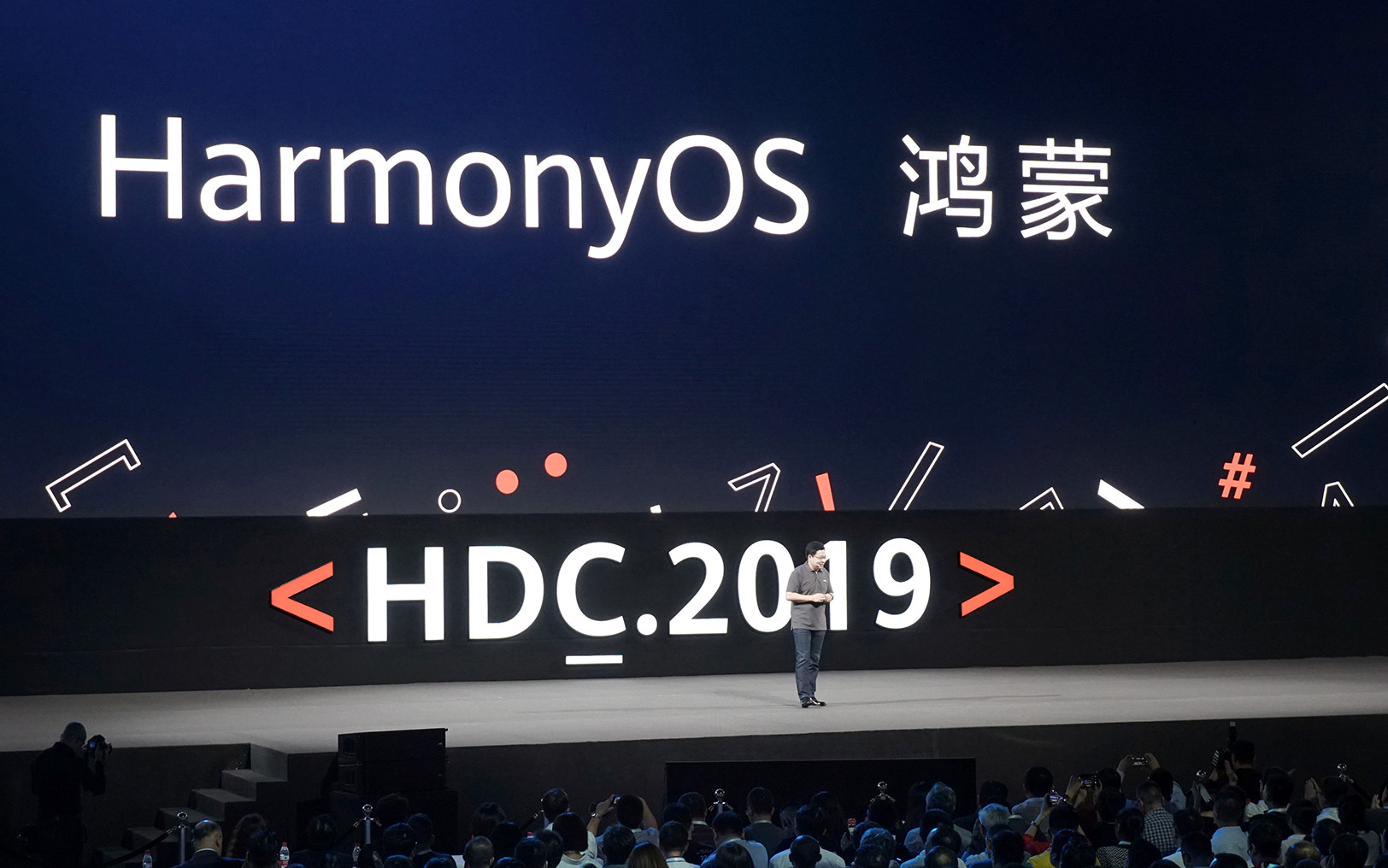 A pilot project to implement Aurora on Huawei smartphones could be launched by year’s end, it was reported by Kommersant with reference to Russia’s Deputy Communications Minister Mikhail Mamonov. So the prospects of a Russian-made OS appearing on Chinese smartphones look good, at least on the home market.