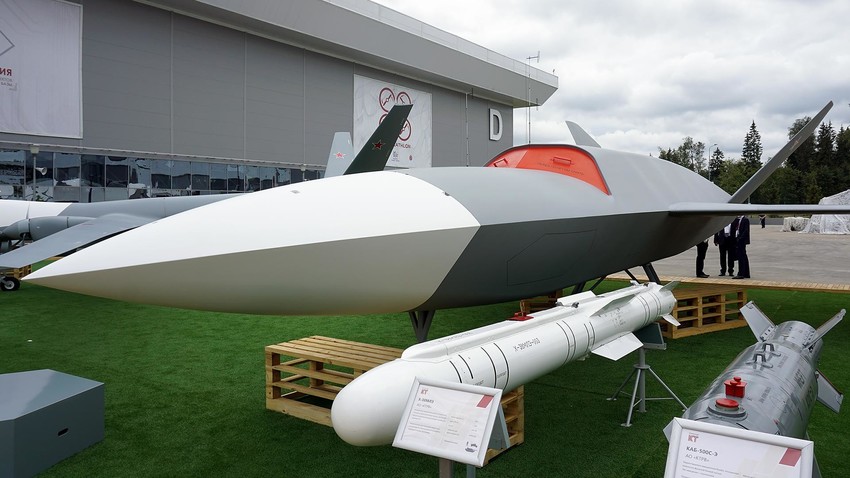 Vitaly V. Kuzmin/vitalykuzmin.net
This will be a group of 10 small-scale drones led by a full-scale predator with fighter missiles and bombs on board.

The Russian ‘Kronshtadt’ company revealed their latest creation - the ‘Thunder’ unmanned aerial vehicle - in mid-March 2021. This will be the country’s first ever leading machine in a drone armada of 10 small units dubbed ‘Lightning’ that are also part of this project.

“These drones are from the ‘returnable’ category (there are also one-time use Russian ‘kamikaze’ drones that you can read about here). Their artificial intelligence communicates with each other all the time during a mission, while the ‘Thunder’ drone operates as a ‘thinking hub’ of an operation,” says Dmitry Safonov, a Russian military analyst.

It is possible to customize the tasks for each unit of the armada during a mission. The machines can also transfer leadership roles and interchange their roles during a combat operation. 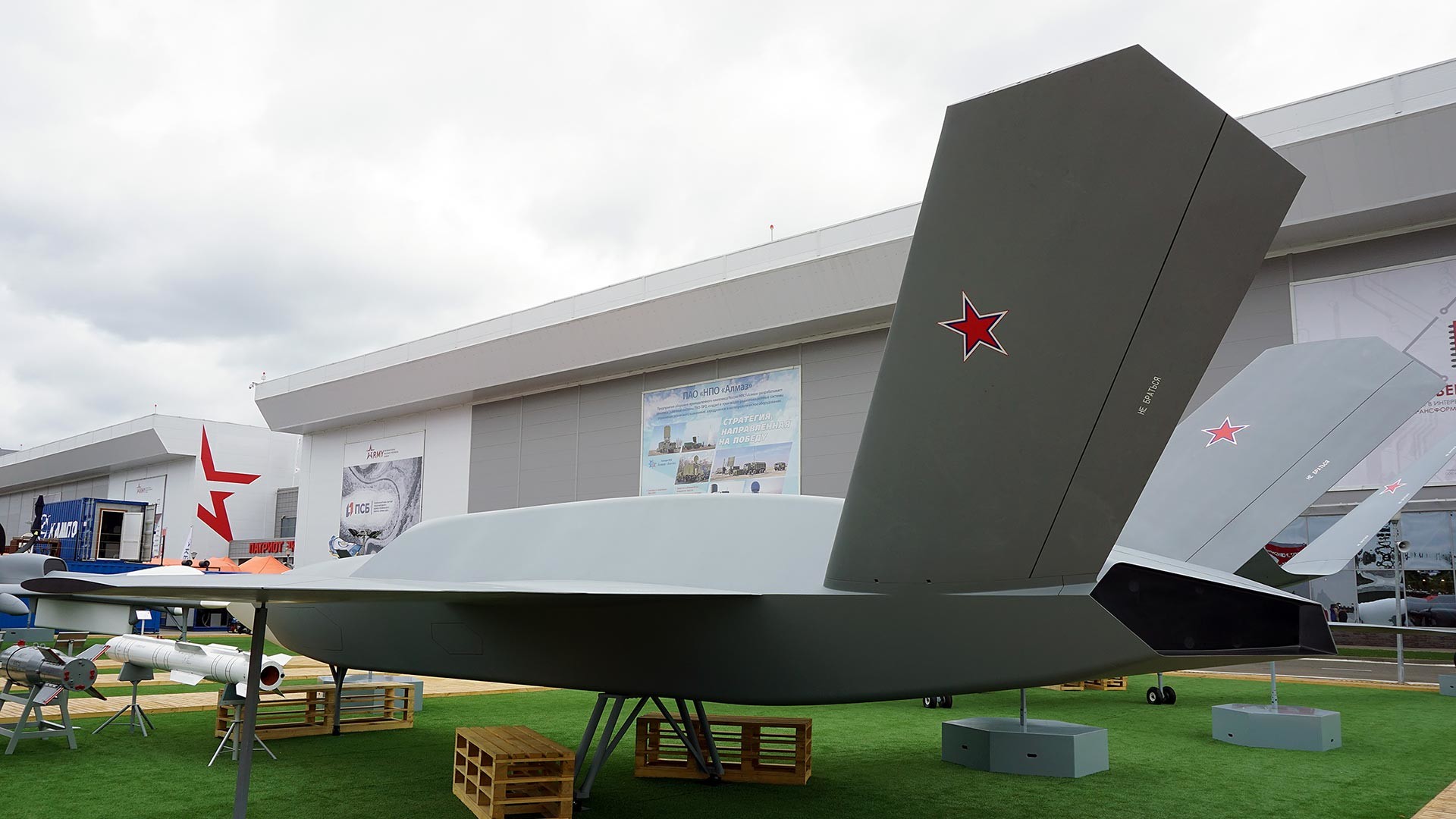 “It’s rumoured that the biggest one (‘Thunder’) will be able to use the latest X-38 ‘air-to-ground’ missiles that were created for Su-57 fifth generation fighter jets,” adds the expert.

According to ‘Kronshtadt’, the strike capabilities of the ‘Thunder’ drone are associated with the presence of four suspension points - two under the wing consoles and two inside the fuselage.

According to official data, with a take-off weight of 7 tons, it will be able to deliver a payload of up to 1.3 tons at ranges of up to 800 km.

The ‘Thunder’ will also be able to use a wide range of weapons, in particular the new aircraft guided missile dubbed ‘Product 85’ and guided bombs KAB-250, KAB-500.

“The smaller-sized ‘Lightning’ UAVs are designed for the high-precision destruction of stationary and mobile ground objects, as well as being used as false targets to complicate the air situation, suppress enemy air defense, create and control the breakthrough band of the strike group and quickly destroy suddenly detected air defense objects and provide group electronic warfare when performing tasks together with manned aircraft,” Safonov notes. 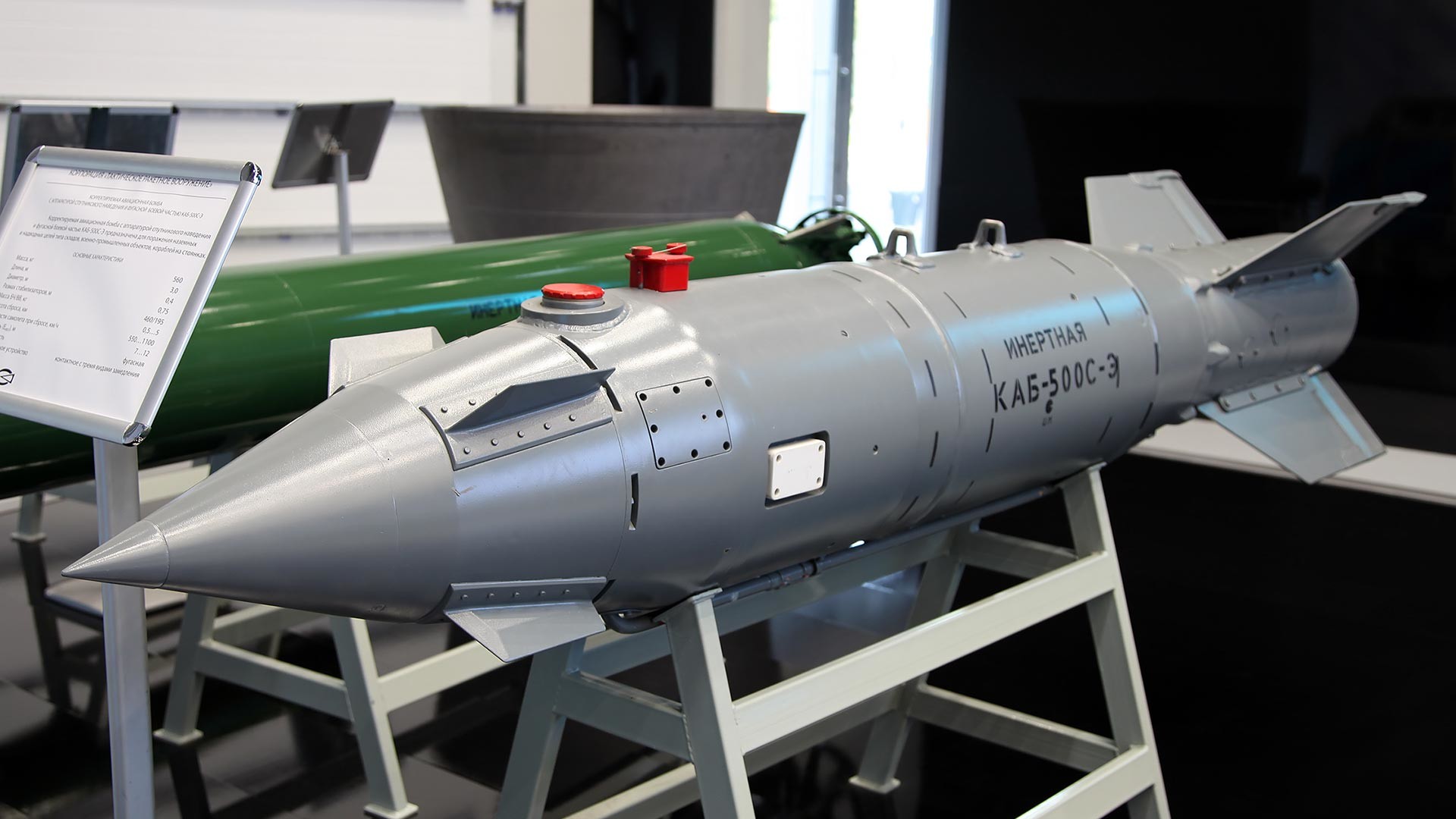 As he pointed out, Russia is struggling to catch up to China and the U.S. in drone development.

“The Americans have already tested their armadas in action and we are only just presenting our first technological groundworks in this area. We knew that we stand behind them in this development, so, at first, Russian engineers created a number of means to counter and switch off enemy drones in real battles,” Safonov adds.

Click here to find out all the details of these technologies.