10 most popular cars in Russia (PHOTOS) 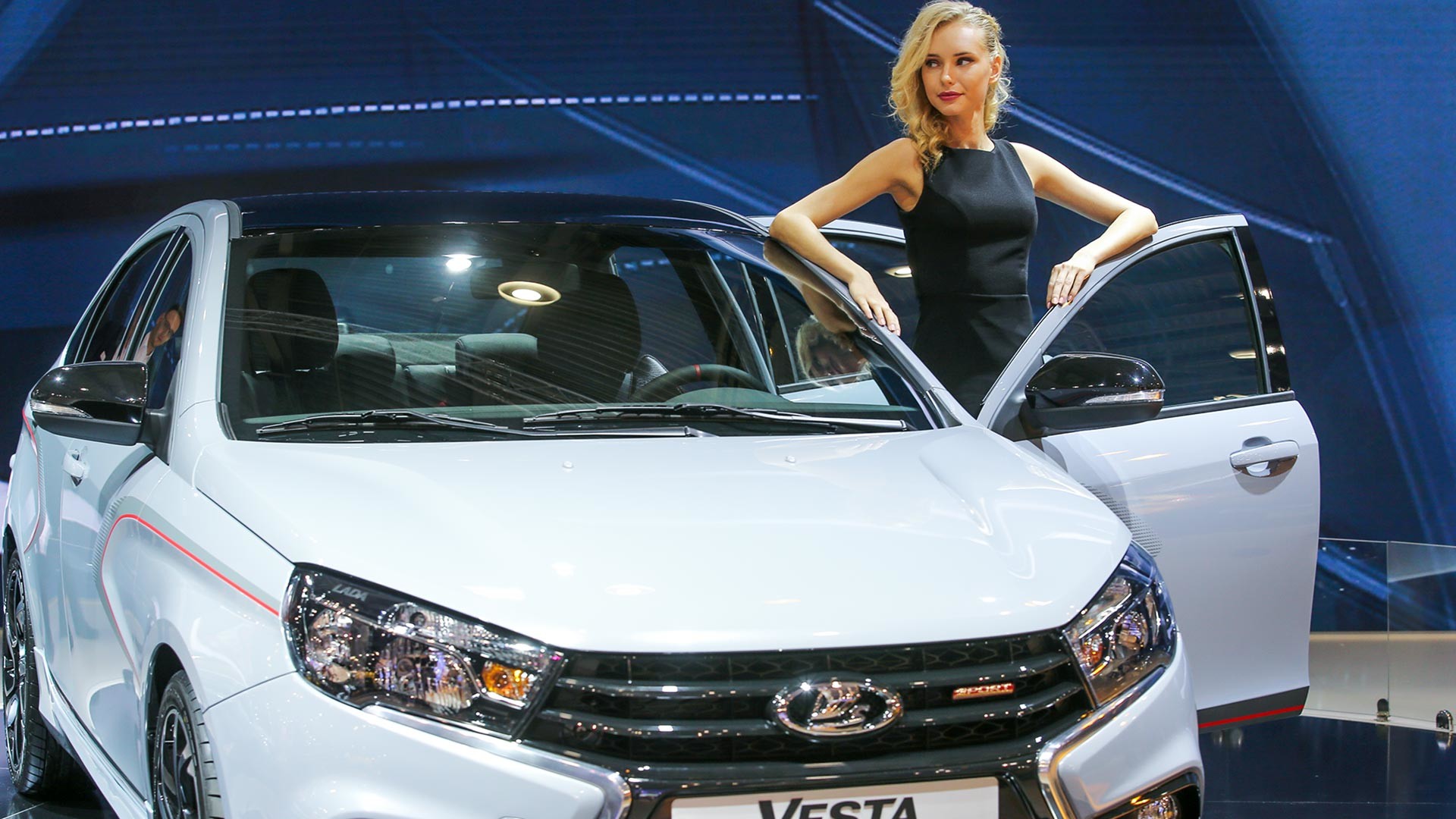 Mikhail Metzel/TASS
Many international car companies not only assemble their vehicles in Russia, but also modify them specifically for local drivers. 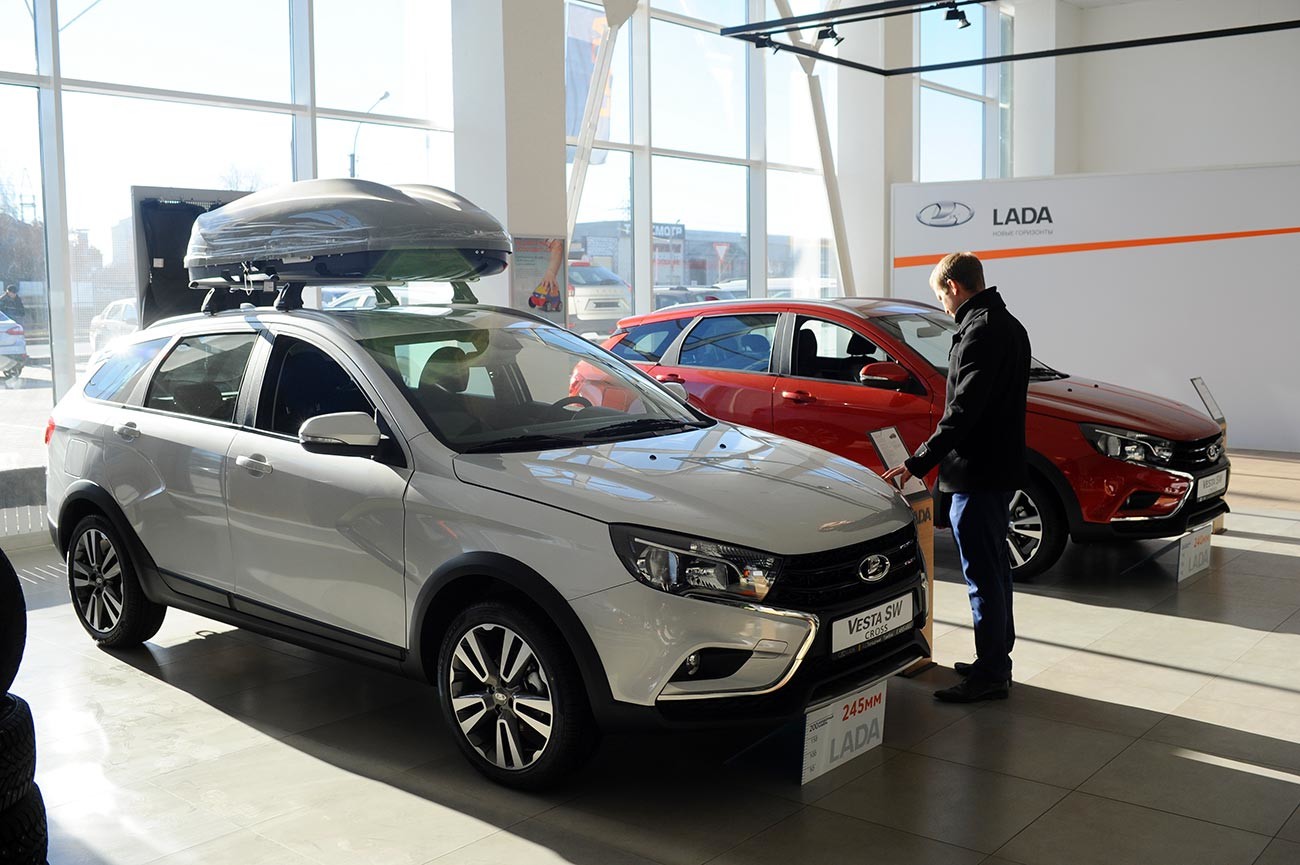 Compared with the United States and most of Europe, where around two out of three residents have their own vehicle, the car market in Russia is still relatively open and continues to develop. Russia imposes rather large customs duties on imported cars in order to force international car companies to produce their vehicles inside the country. As a result, many foreign car manufactures have localized their production in Russia and in some cases even modified their car models to accommodate Russian road conditions and people's tastes.

Russians prefer low-budget crossovers and sedans. Hatchbacks and station wagons are less common, and small electric cars are generally an unusual sight (there are just 11,000 electric cars in the country, and 9,000 of them are the Nissan Leaf).

"Russians are not interested in hatchbacks because of the lack of association with a high position in society," says Alexey Kozhukhov, an automotive marketing expert. He notes that in the Soviet period, a long Volga sedan was considered a high-class car and a symbol of power, and that these associations have been passed on to subsequent generations.

Manufacturers have created economy-class sedans and SUVs that are specifically catered to the Russian market. According to the Association of European Businesses, in the first half of 2021 around 45% of new cars sold were crossovers.

Best selling cars in Russia in 2021 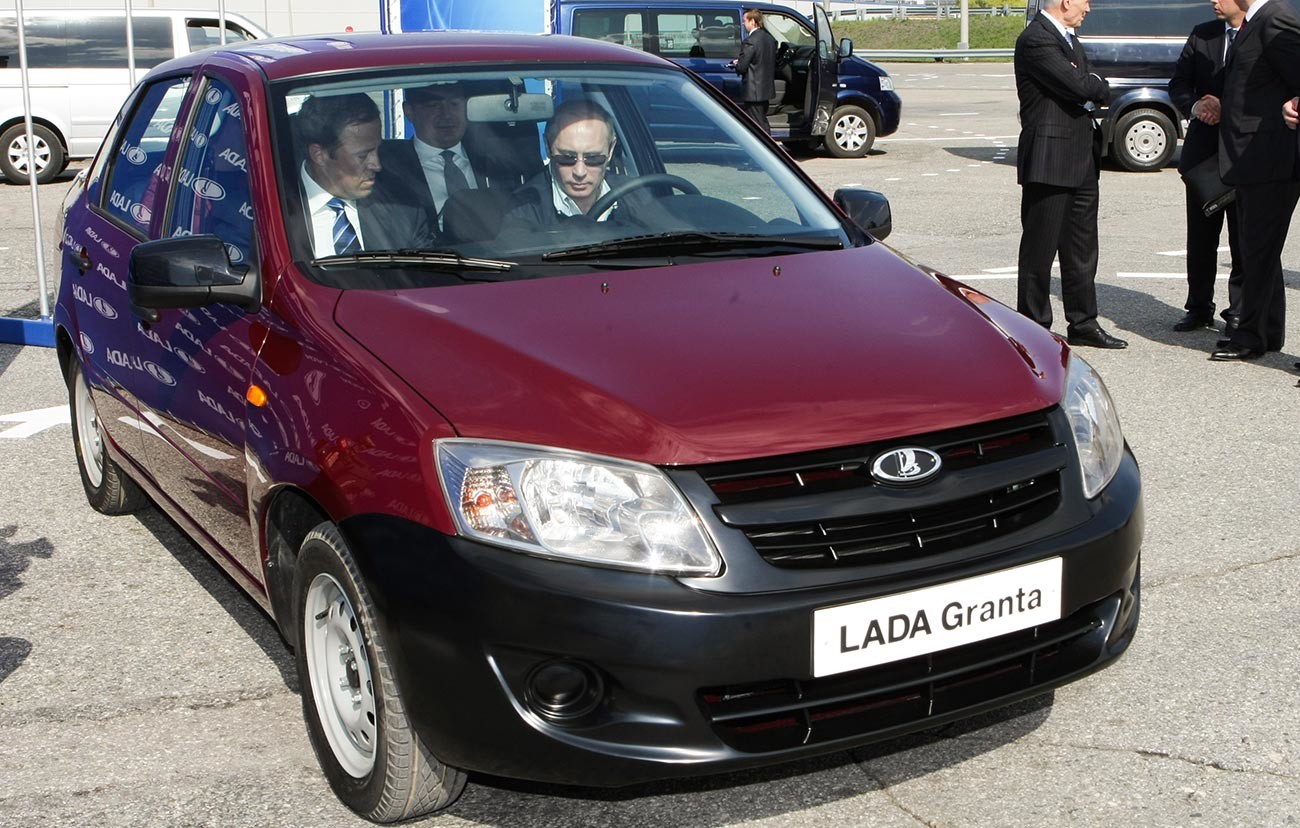 The simplest and cheapest car on the Russian market, the Granta is assembled at the AvtoVAZ plant in Togliatti. Some typical customer reviews state that the car is “reliable and without problems” or that “I didn’t have big illusions and got what I expected.” A sedan without air conditioning costs 560,000 rubles ($7,800), and the LUXE version with a heated windshield, cruise control and an automatic transmission costs 780,000 rubles ($11,000). 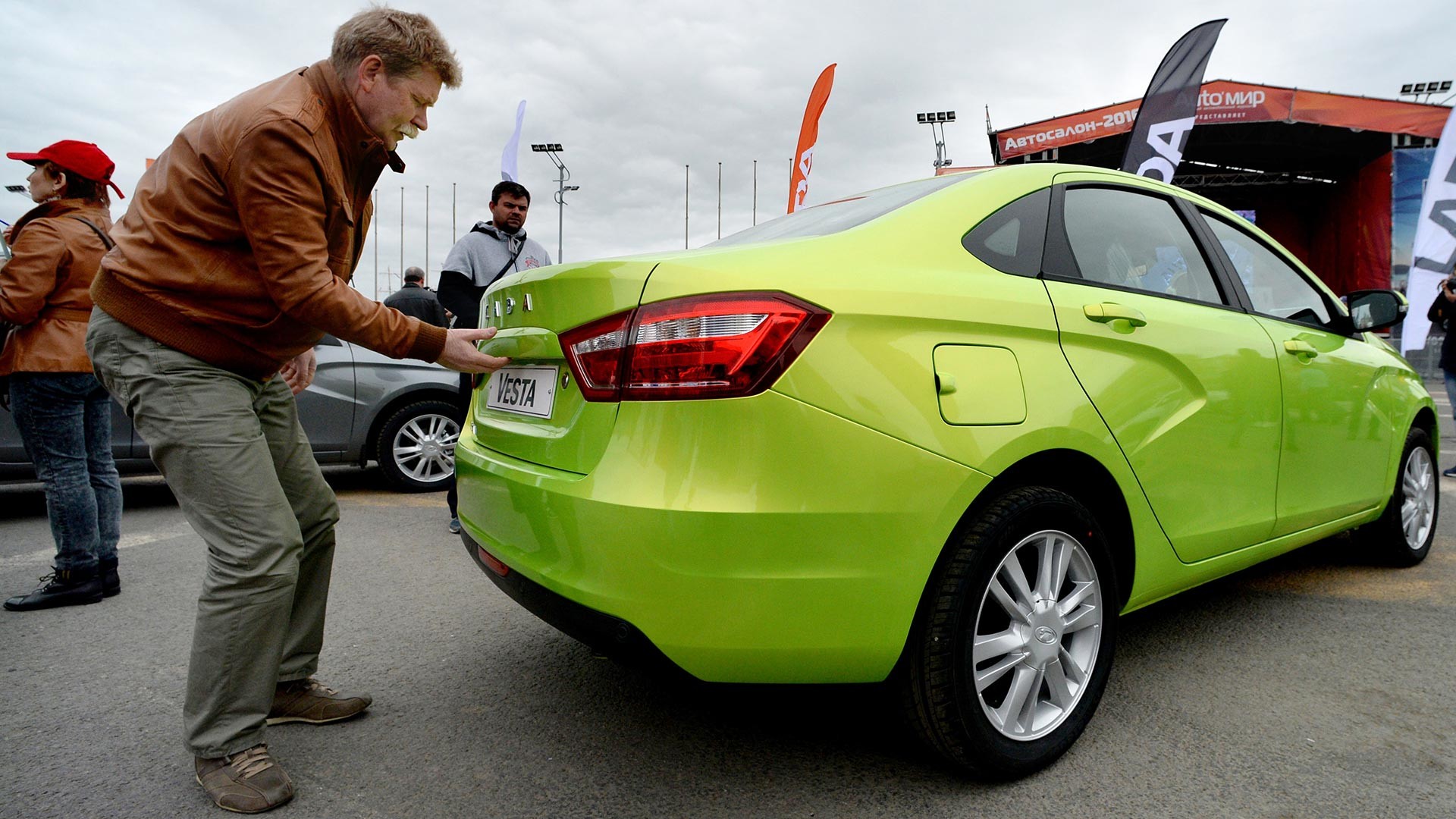 Lada’s latest model, the Vesta, is designed to be a sedan and crossover, although there is also a sports version. The car meets most consumers’ needs but is cheaper than foreign brands. “When I bought it, I understood that it was AvtoVAZ and there might be problems ahead, but the desire to buy this beauty simply prevailed, and I only wanted a new car in this budget,” one Russian driver writes, adding that he didn’t want to buy a used car. 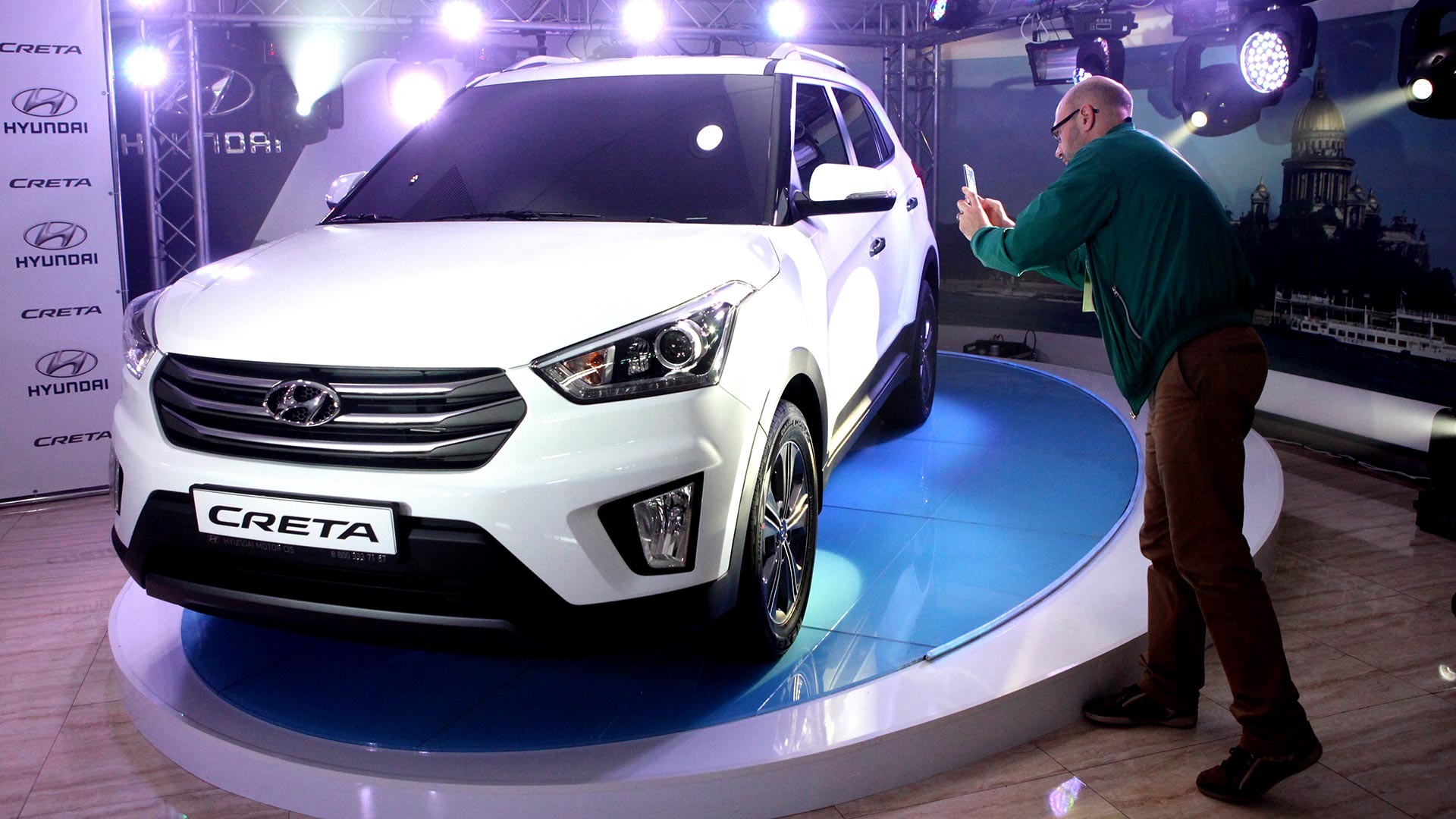 This crossover is one of the most inexpensive cars in its class in Russia. Its price ranges from 1.2 million rubles ($17,000) to about 2 million rubles for the top version ($28,000). “Many Creta owners with a 1.6-liter engine complain about the sluggish dynamics. I wasn't looking for a racing car, so the car is fine for me. My priority was AWD, which fully justified itself. Now I can go to nature any time and not worry about getting stuck on a dirt road,” writes one driver from the Urals.

Hyundai also was also the first car manufacturer in Russia to offer online sales directly from the factory without the dealer. 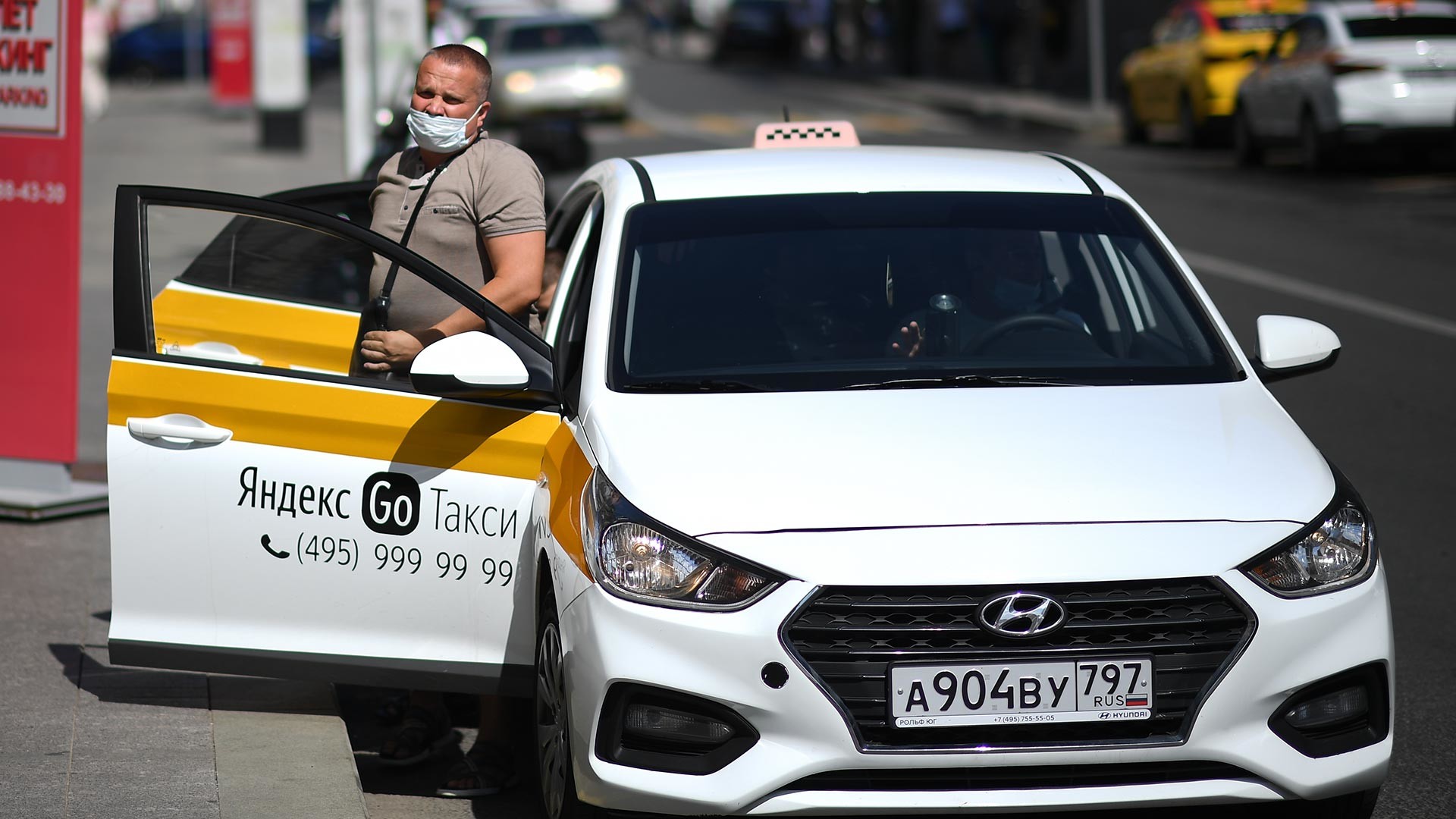 The Solaris is a version of the Accent that was localized specifically for Russia in 2010 and is produced in St. Petersburg. Russian drivers seem quite satisfied with the model, which is a budget sedan that is resistant to temperature changes and harsh weather conditions and is generally reliable. “I wanted to use it for at least five years without looking under the hood,” wrote one driver about why he chose this model. 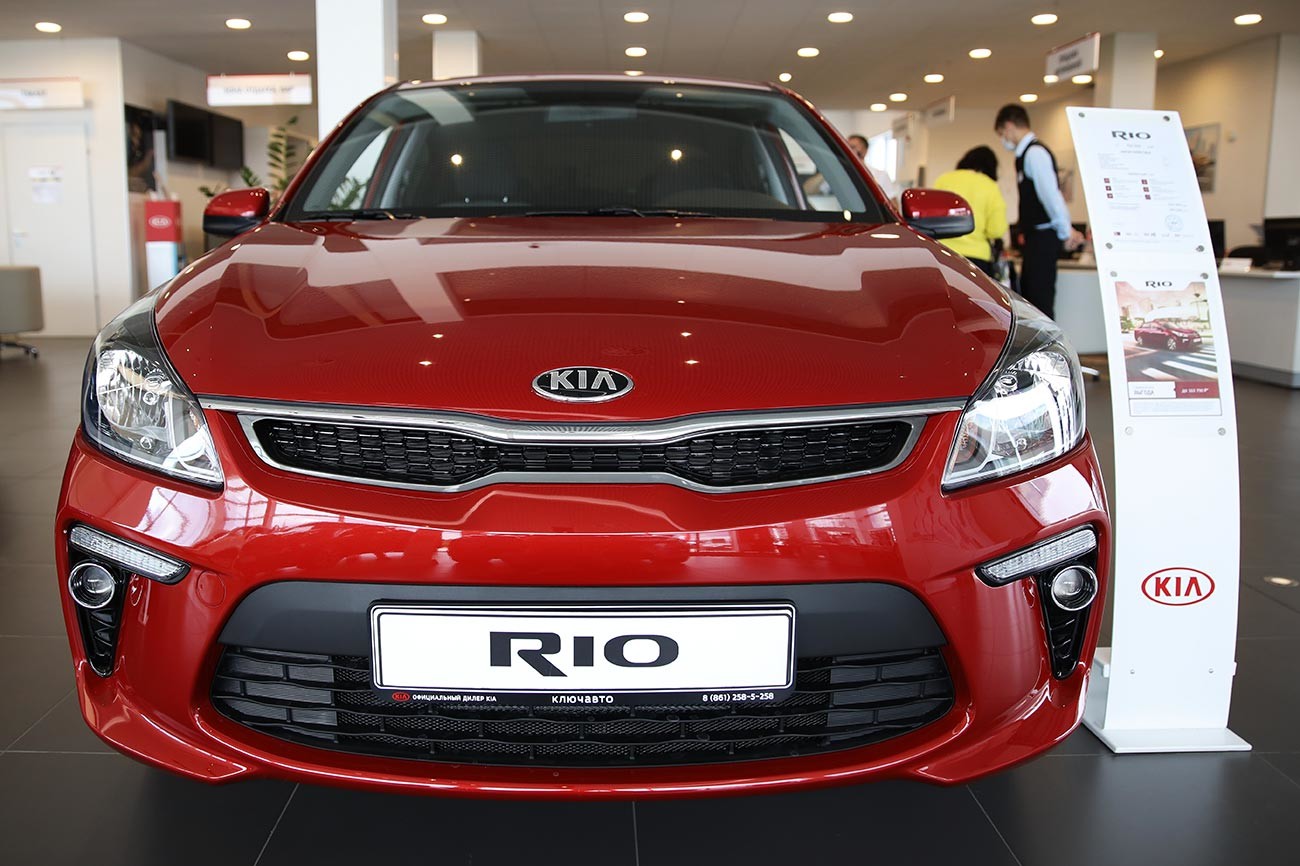 The KIA Rio has also been produced in St. Petersburg since 2011, and, like the Solaris, only comes in a sedan model, which is more popular among local customers. The design and technical characteristics of the Russian Rio are slightly different from versions sold in other countries. Many drivers note that it has good heating and the ability to start at minus 30 Celsius. As a result, the car has become one of the best-selling models in the country. It ranges in cost from 950,000 ($13,400) to 1.3 million rubles ($18,300) 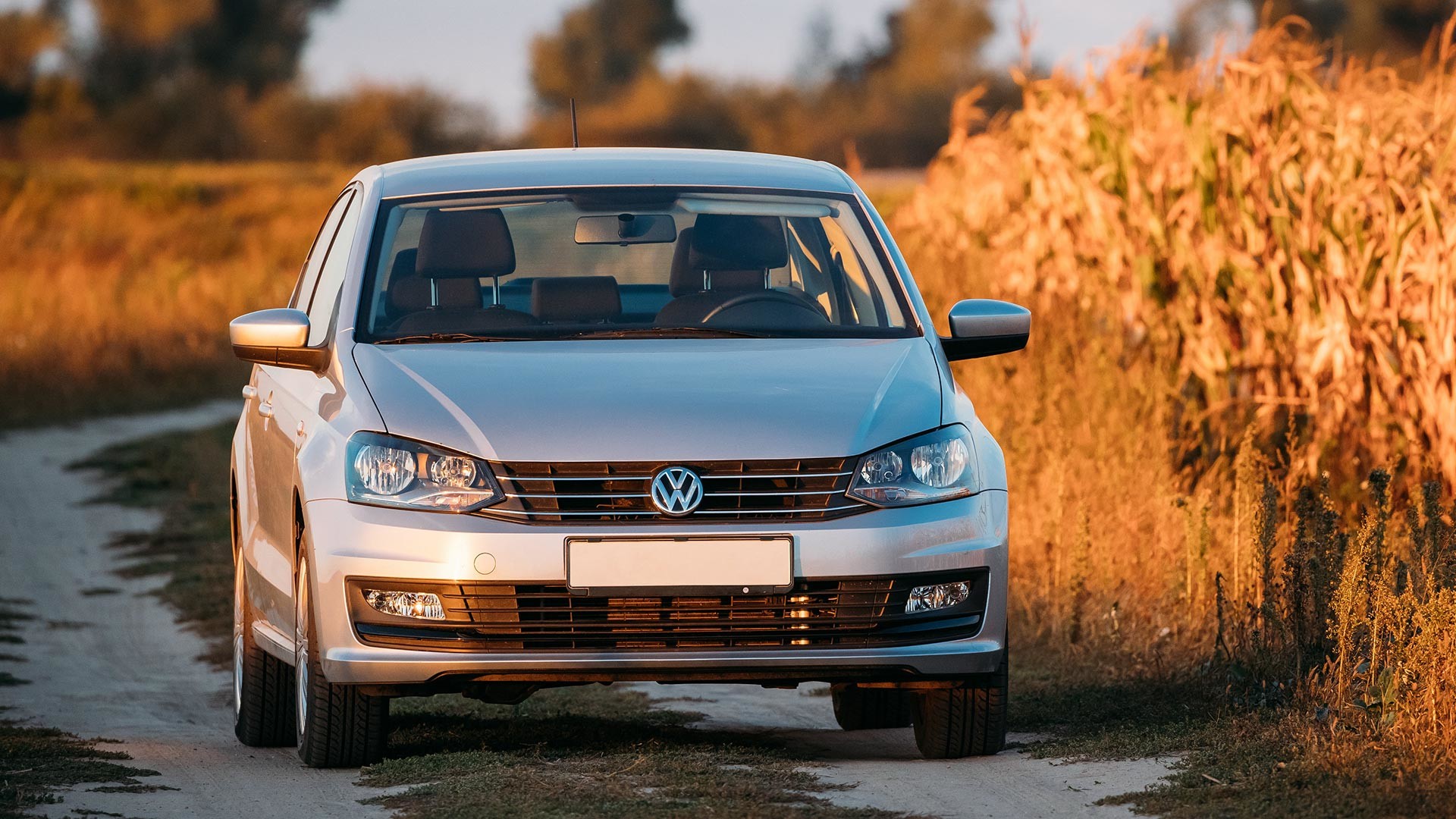 All Polo models sold in Europe are hatchbacks, but in Russia Volkswagen opted to modify this legendary model to produce what has become one of the most popular sedans in Russia. “The car is a car. The trunk is huge and comfortable. There is quite a lot of space in the cabin, both in front and behind. The driving is not bad, better than other cars of this class,” writes one owner. 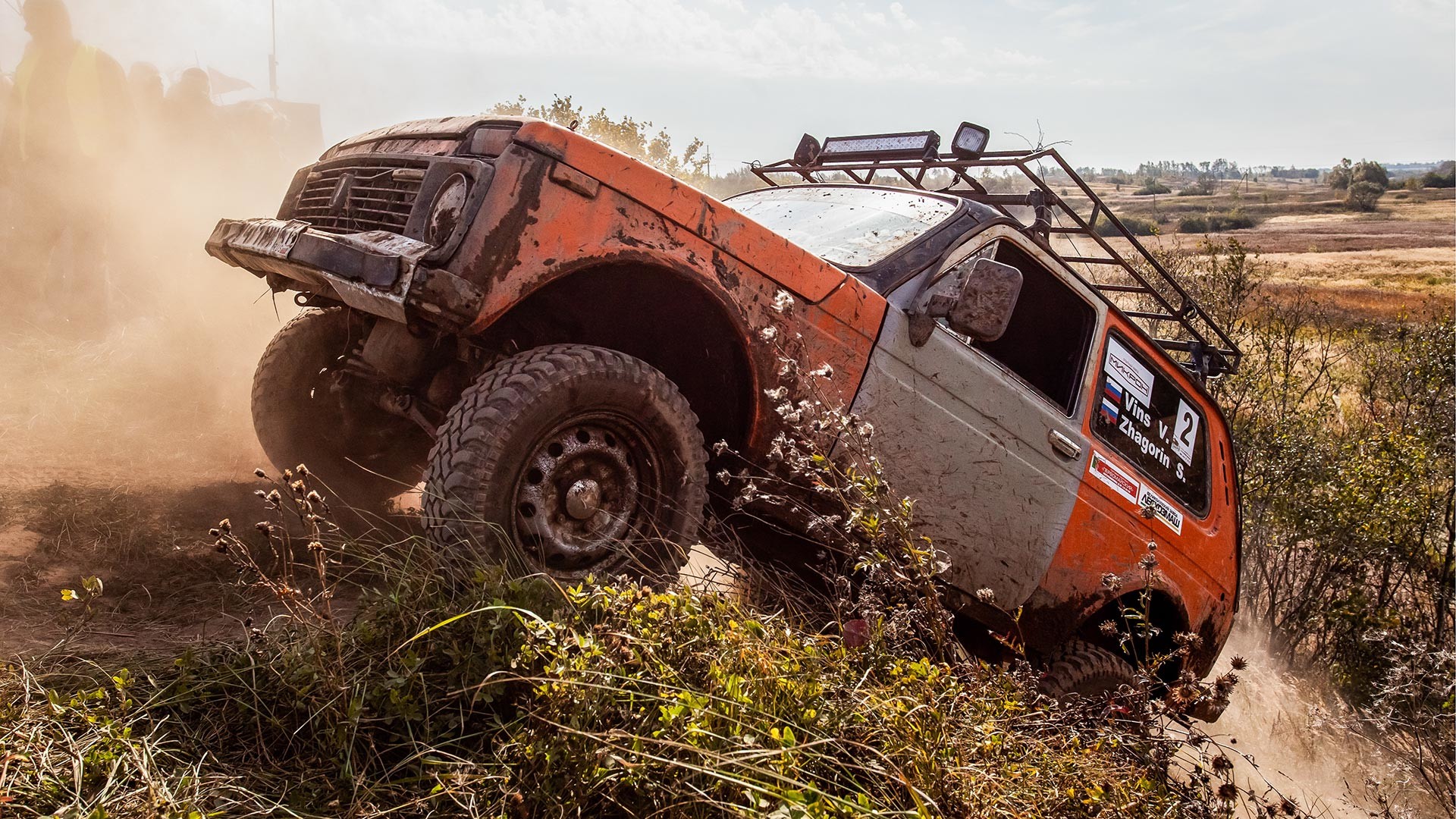 The first Soviet SUV is still in production and has a loyal customer base for its combination of being extremely cheap and strong for off-road driving. Many Russians use it to get to their remote dachas.

The simplest version costs 660,000 rubles ($9,300). The most expensive version is called the Niva Travel (formerly the Chevrolet Niva), costs 993,000 rubles ($14,000) and is equipped with a snorkel in case the car is overtaken by water in severe road conditions. And there is no automatic transmission! “Its passion is dirt roads, super suspension, it ‘swallows’ holes in the roads, you don't notice irregularities,” wrote a driver from the Amur Region in the Far East. However, customers note that the interior is not particularly comfortable and that the car consumes a lot of fuel. 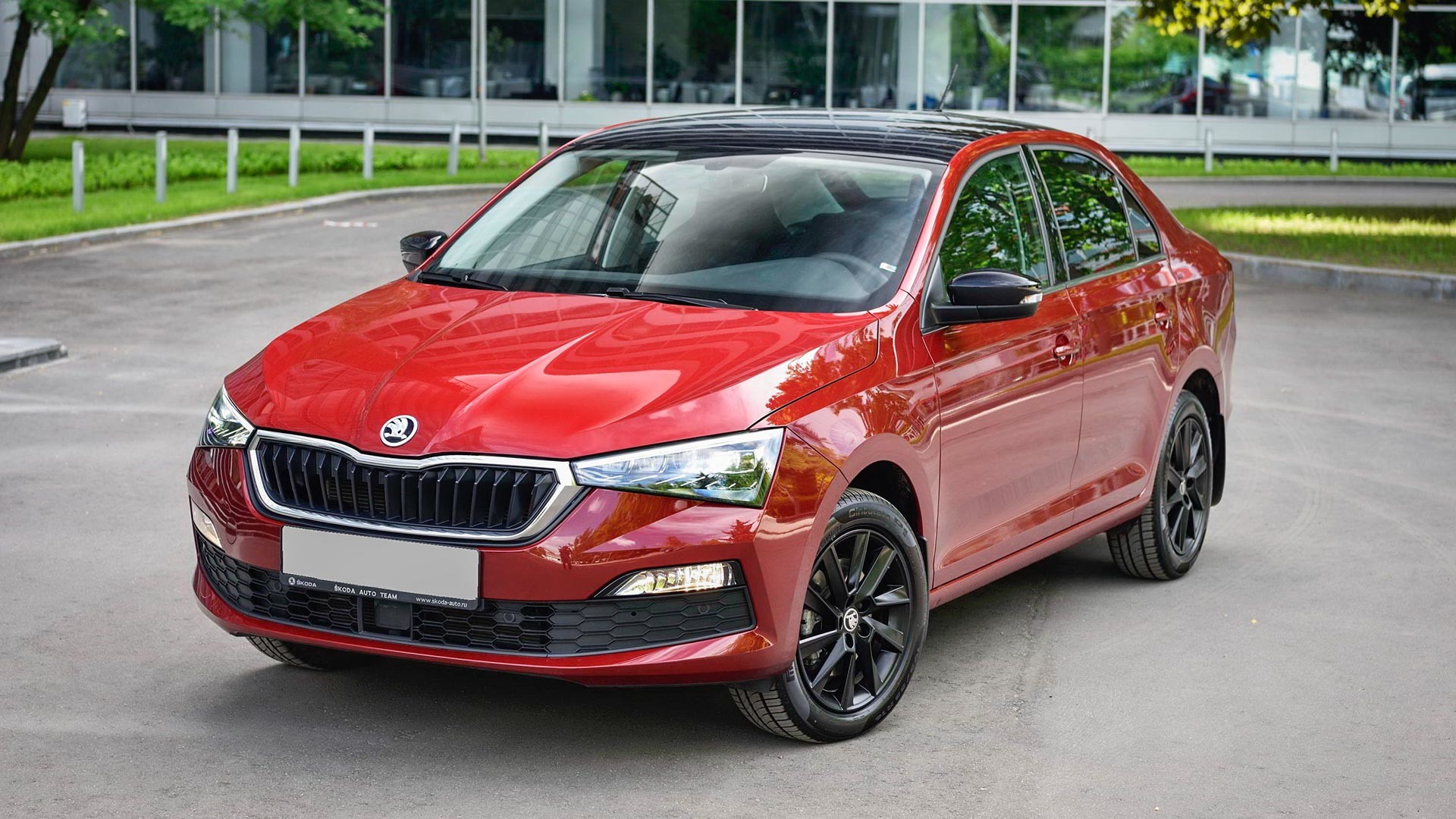 This is another economy class sedan that has won the hearts of many Russian drivers. “The new Rapid is comfortable to drive, there is a lot of automation,” says one owner from St. Petersburg. They go on to write: “Turn the steering wheel and hit the gas, and switch on cruise control on a high-way, and the car will do everything else by itself.”

The Škoda Rapid is assembled at a plant in Kaluga. The simplest version costs 990,000 rubles ($14,000) and already includes a media system with a touch screen and Bluetooth. The most expensive version costs 1.4 million rubles ($19,700). 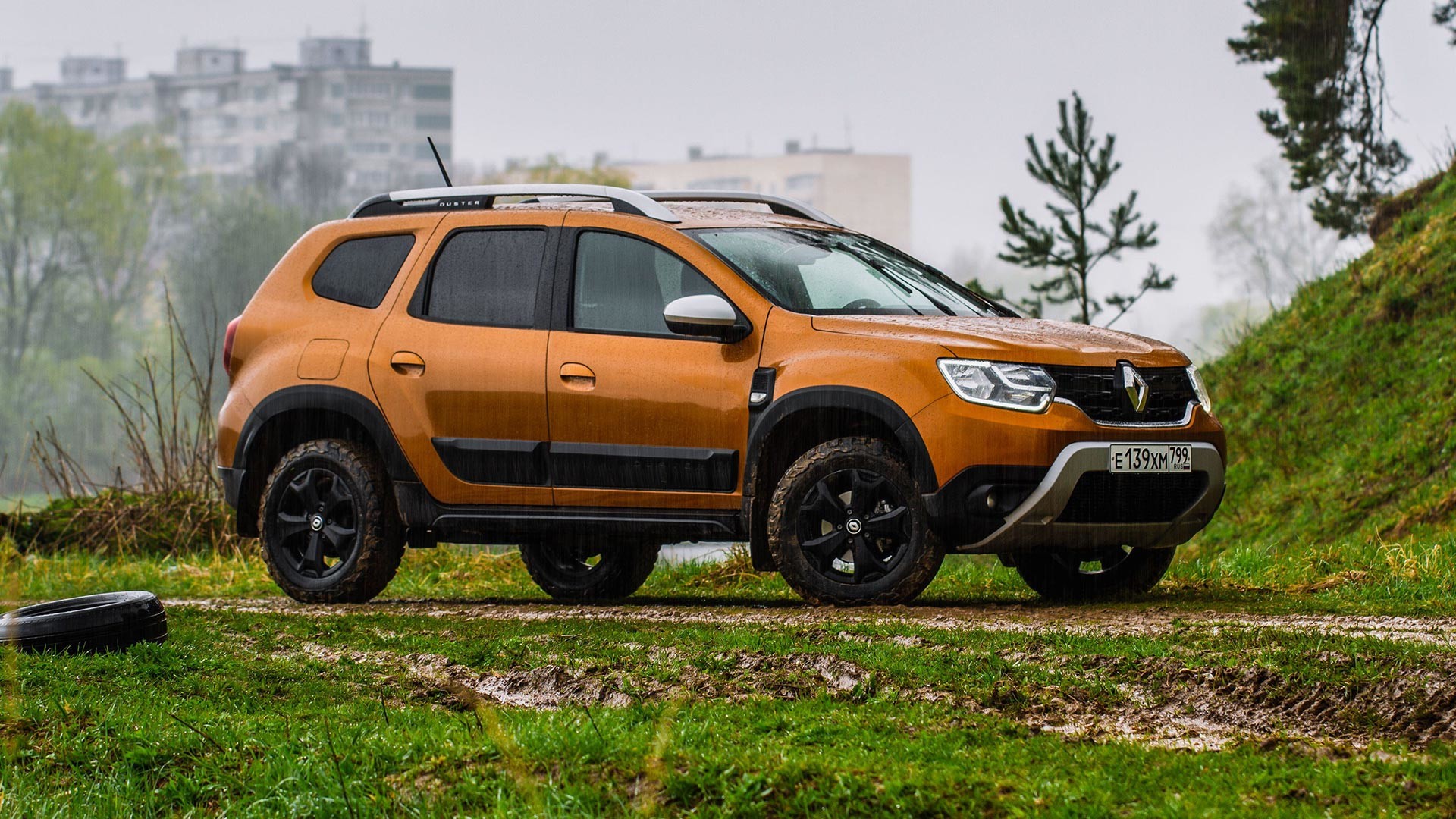 Renault cars are assembled in Moscow. For a long time, the most popular Renault model was the Logan sedan, but this year the Duster SUV took that title. "Who can imagine a life that is no longer just being in a hurry," one driver jokes about driving the car. "The Duster is a family car. The car is enough to cheerfully stay in traffic" writes another.

The price of the simplest model with a manual transmission starts at 1 million rubles ($14,300), while the most expensive 4x4 version is twice as much. 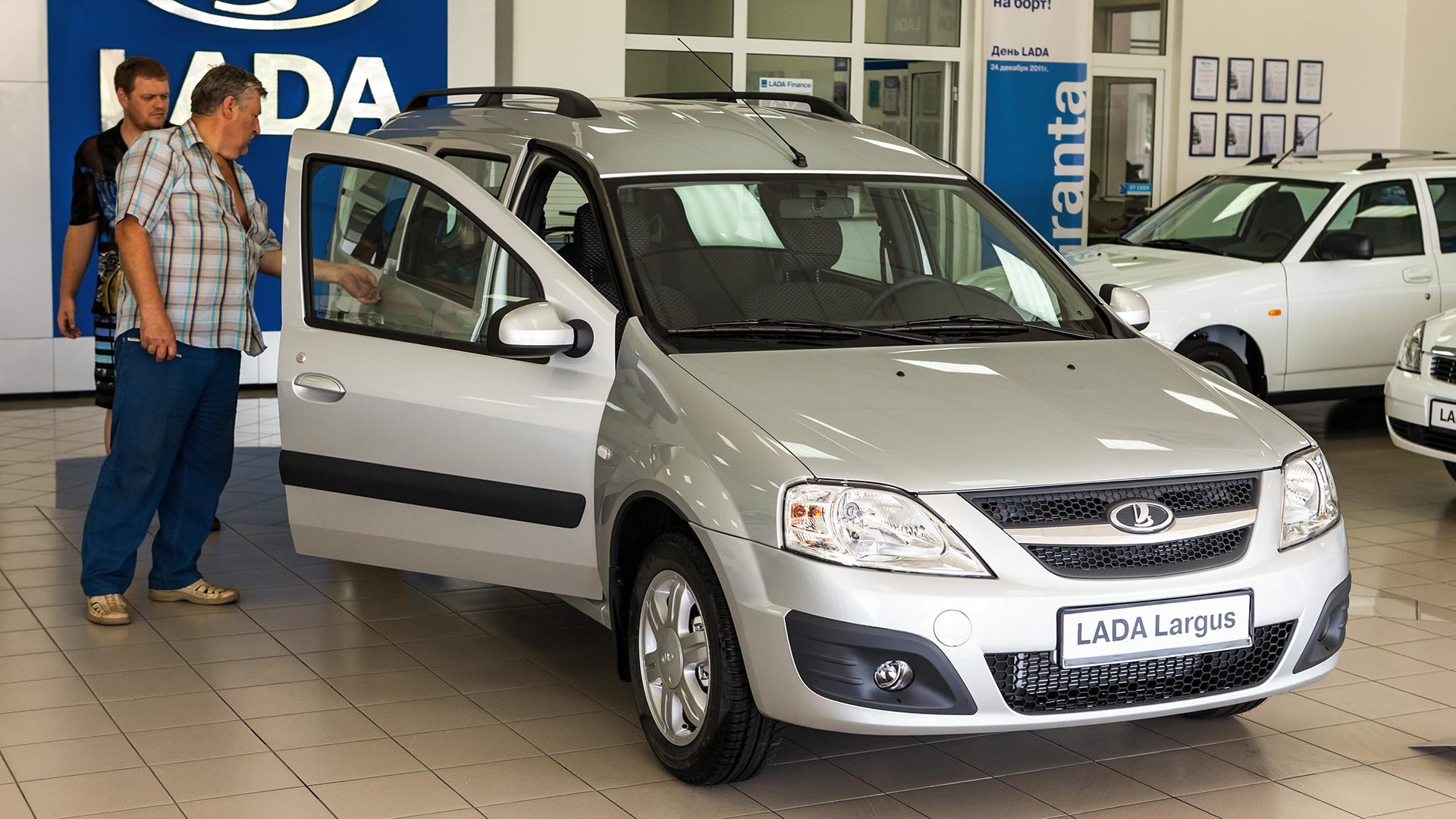 The only wagon model in this list is also produced by the Russian company AvtoVAZ. Largus is a fairly budget car that is popular not only among dacha enthusiasts, but also for commercial purposes. “The main plus is the suspension and stability on the road,” writes a driver from Tyumen (Siberia), “No need to worry about driving the highway on Largus in winter.” All versions are equipped with a manual transmission and cost from 780,000 ($11,000) to 978,000 rubles ($13,700).