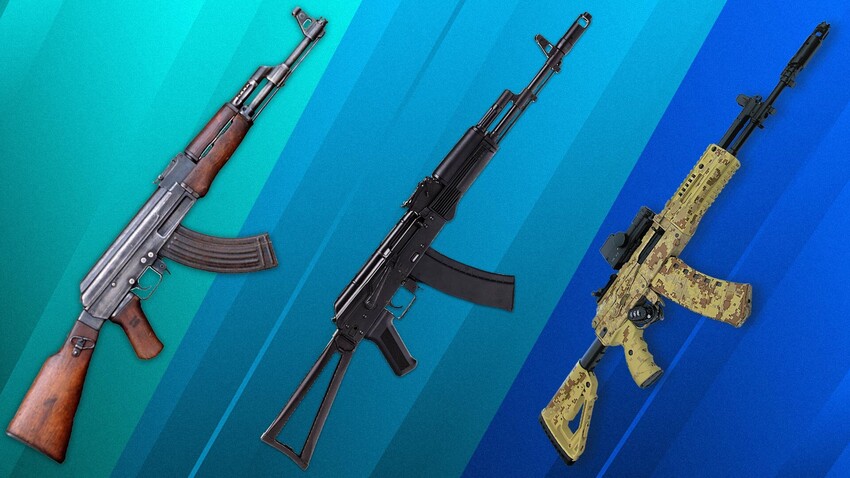 Vitaly V. Kuzmin/vitalykuzmin.net
The most widespread assault rifle in the world was created 75 years ago. Has it changed much?

Germans became the first to introduce such weapons on battlefields. They shocked enemies in the first years of World War II with their fully automatic firing StG-44 guns, while their opponents were armed with smaller caliber submachine guns and semi-auto rifles. Previously, only machine guns were capable of unleashing the same hellfire on the battlefield as the StG-44 did.

The German assault rifle was chambered with new era 7.92×33-mm rounds and could fire up to 600 rounds per minute. Militaries around the world saw what opportunities such weapons provide armies with and tried to create something of their own for their soldiers as soon as possible.

The Soviet army wasn’t an exception.

At the end of World War II, the Soviet command opened trials on new assault rifles for the military.

Secondly, it had to be easy to understand and to use.

Thirdly, it had to be cheap and easy for mass production.

All of that criteria was implemented into the first AK-47. The weapon received the new era rounds that were capable of hitting targets up to 200 meters away.

“The design was simple, maintenance was minimal and easy to do, the rifle was relatively short and handy. Intermediate cartridge guaranteed effective hits at most realistic combat distances. And, most importantly, the AK-47 gave the soldiers extreme confidence in their weapon,” says Vladimir Onokoy from the Kalashnikov group department of military technical cooperation.

As he notes, the main feature of the AK was its new 7.62x39-mm ammo, which allowed engineers to combine the power of rifles with the rate of fire of submachine guns of the time.

Thus, a user was able to fire in bursts and, at the same time, hit the targets at a distance of 100-200 meters, just like the rifles of those times. The AK also received 30-round magazines, which allowed soldiers to carry more ammo on battlefields.

Nevertheless, the very first AK-47 versions were raw and needed a lot of work to be done. They fulfilled the reliability, operational and production criteria, but lacked sufficient accuracy characteristics and were also too heavy and uncomfortable to use at first.

The proven AK design was eventually adopted by the Soviet Army in 1949 and was immediately sent to military facilities for modifications. 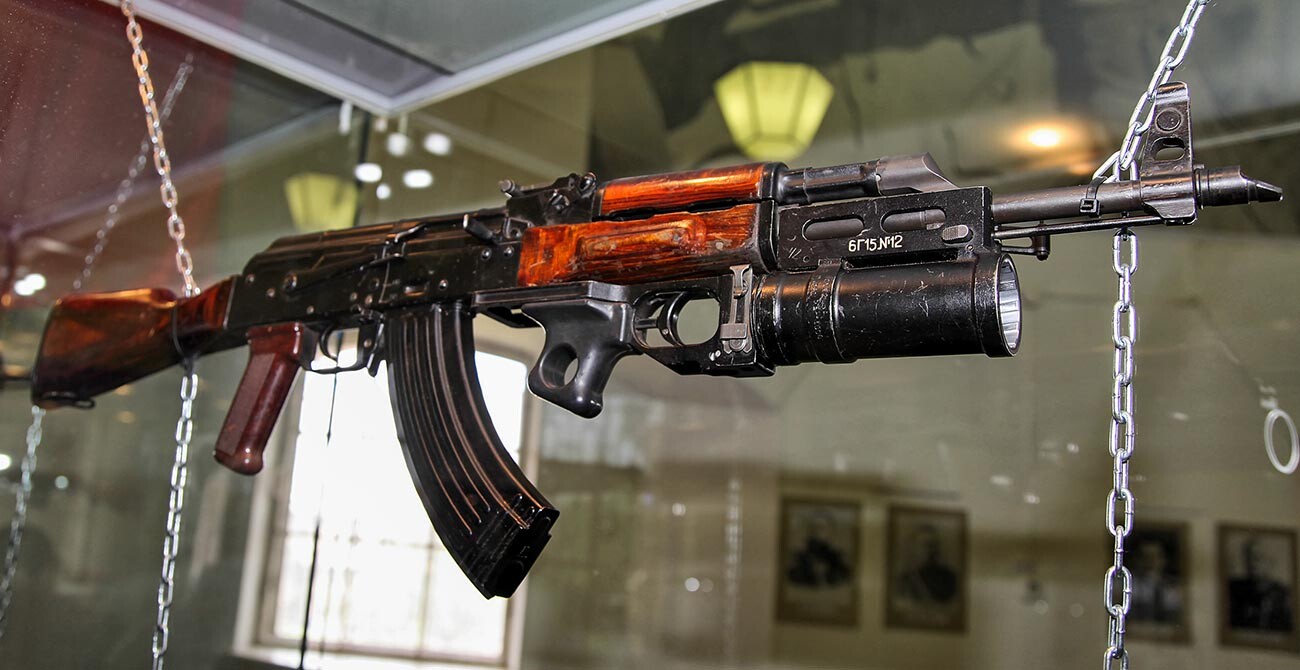 The ‘AKM’ stands for “AK Modified”. This version was adopted in the late 1950s and embodies everything the Kalashnikov platform is famous for - easy production, reliability and durability.

For example, the first AK-47 versions were initially made by stamping and a high percentage of defects in their rifles, so the manufacturing process was gradually replaced by milling.

“Two major improvements the AKM had over the AK-47 were lighter weight and ease of manufacturing. The AKM had a stamped receiver that was easier and cheaper to produce, which facilitated the faster and more efficient transfer of technology to the countries within the Warsaw Pact: Romania, Hungary, Poland, East Germany and others,” notes Onokoy.

Primarily, the AK-47 versions also lacked a muzzle brake. Due to that, the weapon “jumped” in soldiers’ hands while firing and was incapable of precision shooting. So, engineers introduced a “stabilizer” for AK rifles that would “calm” the weapon and make it more stable. It also allowed the installation of silencers on the weapon.

The new rifle also became lighter and was capable of stabile hitting targets up to 250 meters away.

The AKM could also have been fitted with a night sight and a 40-mm under-barrel grenade launcher and a bayonet.

To put it simply, the weapon received a number of small “fixes” that made it the most reliable and desirable assault rifle in the world.

By the way, the AKM version is still used in armies around the world and is even immortalized on flags and national symbols. Click here to see what countries depict the AKM on their flags.

In the early 1960s, Kalashnikov engineers sought to modify the AKM. They tested newly appearing polymers, cartridges and studied what foreign competitors were presenting to their respectful markets.

At that time, the Vietnam War had broken out and the U.S. Army was demonstrating to the world its new M-16 assault rifle. It was light and chambered with new generation cartridges that opened new opportunities for soldiers on the battlefield. So, Soviet engineers decided to create their own weapons based on new era, low-impulse ammunition.

Kalashnikov’s new assault rifle that embodied all of the best technologies of its era was the AK-74.

It received 5.45x39-mm rounds, which exceeded previous AKM’s ammunition characteristics in a number of ways.

“The AK-74 was chambered with 5.45x39, which had greater velocity and, therefore, longer effective range. The new muzzle break reduced the recoil and muzzle rise, ammunition was lighter and easier to carry,” the expert states.

First of all, the new caliber made the rifle more stable - the 7.62x39-mm caliber was powerful, but the recoil and dispersion of bullets when firing were too high. The new 5.45x39 had lesser recoil and was more accurate.

The new AK-74 was also capable of shooting 100 meters further compared to the AKM (350 and 250 meters respectively).

Kalashnikov also created the weapon’s stock, grip and magazines out of newly appeared polymer materials. They were as durable compared to metal and wood used in previous AKs, but also drastically reduced the AK-74’s weight. That nuance allowed the military to provide its soldiers with four additional magazines (simply put, an extra 120 rounds for each soldier on the battlefield).

Nevertheless, despite all of these newly introduced advances, other militaries weren’t quick to switch from the AKM to the AK-74. The reason was simple - it was too expensive to get rid of previous assault rifles and ammo stored in arsenals and acquire new weapons and ammo for them. Among them: India, Pakistan, Warsaw Pact countries, African countries, partly China and many others.

Incidentally, this is also one of the reasons Russian and American militaries aren’t eager today to massively adopt new era assault rifles and ammo for their armies. You can click here to find what weapons might replace AKs and M-16s in the foreseeable future. 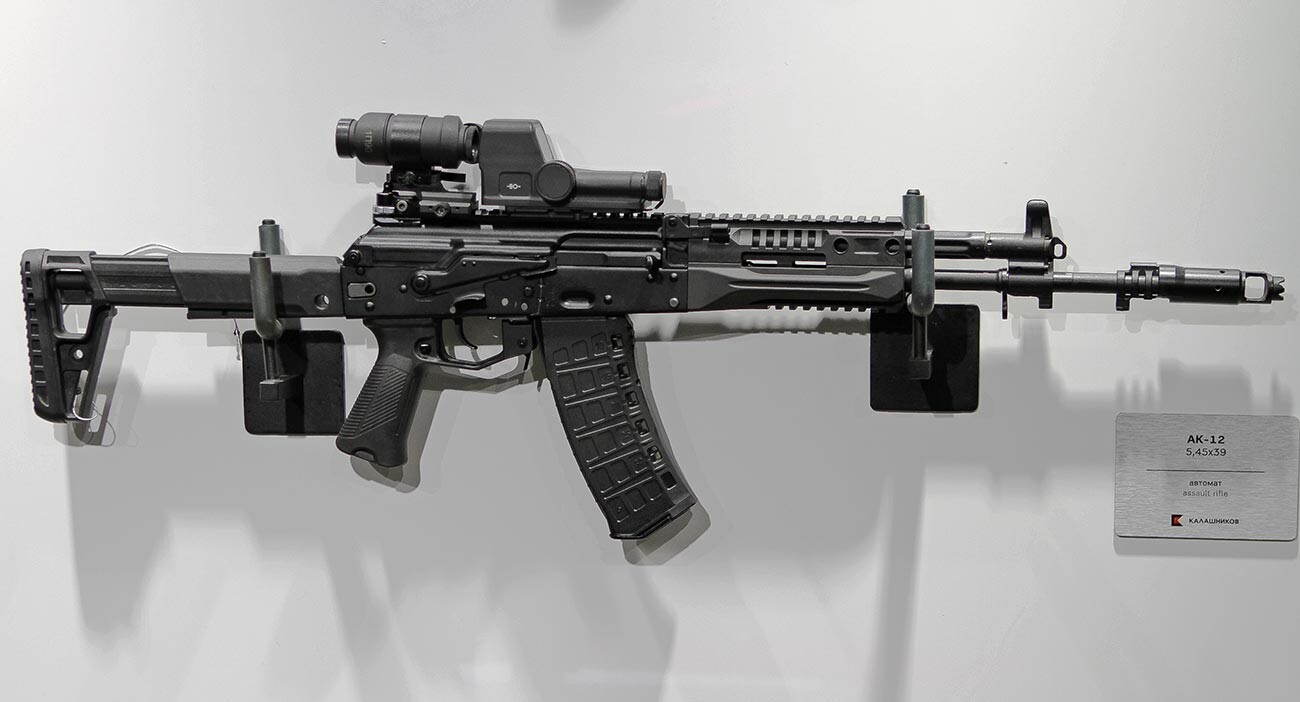 In the mid-2010s, the Russian army received the modernized version of the AK-74 called the AK-12.

“The AK-12 was designed to be used with modern optics and night vision equipment, it has an adjustable stock, quick-detach suppressor and free-floating handguard. It is more accurate and has a longer sight radius as well as ghost ring iron sights,” notes Onokoy.

The AK-12 can be manually adjusted to anyone’s anthropometry, due to its adjustable stock. It also received Picatinny Rails on top, on the side and on the bottom of the rifle for the installation of optics, flashlights, lasers and any gadget they want onto the weapon. To put it simply, this small feature allows a person “to see” enemies with night vision scopes and red dots in the darkest possible places, as previous AKs iron sights weren’t able to provide that.

The newly introduced muzzle break hides flashes of shots in the night, thus, doesn’t unveil the shooter’s position to the enemy.

As the Kalashnikov Concern’s experts suggest, the new generation of the AK is mainly focused on stealth and silent shootings and operations, rather than on direct skirmishes in the middle of a city or in rural areas.