Moscow’s Sheremetyevo has a new terminal – have a look (PHOTOS) 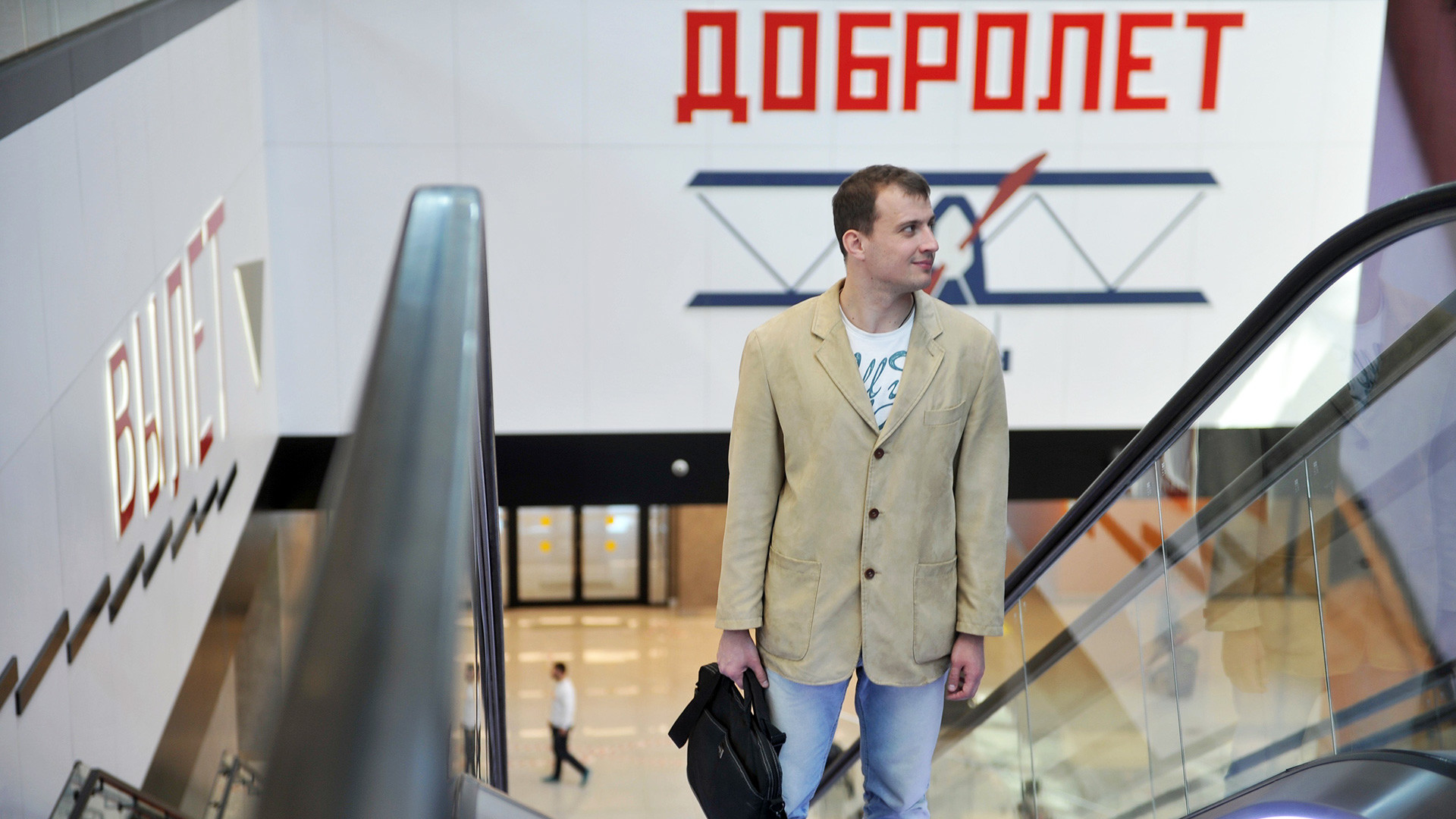 Anton Kardashev / Moskva Agency
Russia’s biggest airport just got bigger with the addition of another terminal, which you can reach via an underground driverless train. Russian journalist Ilya Shatilin visited the new Terminal B - here’s the lowdown.

1. The passage for transfer passengers. They use separate elevators and staircases. 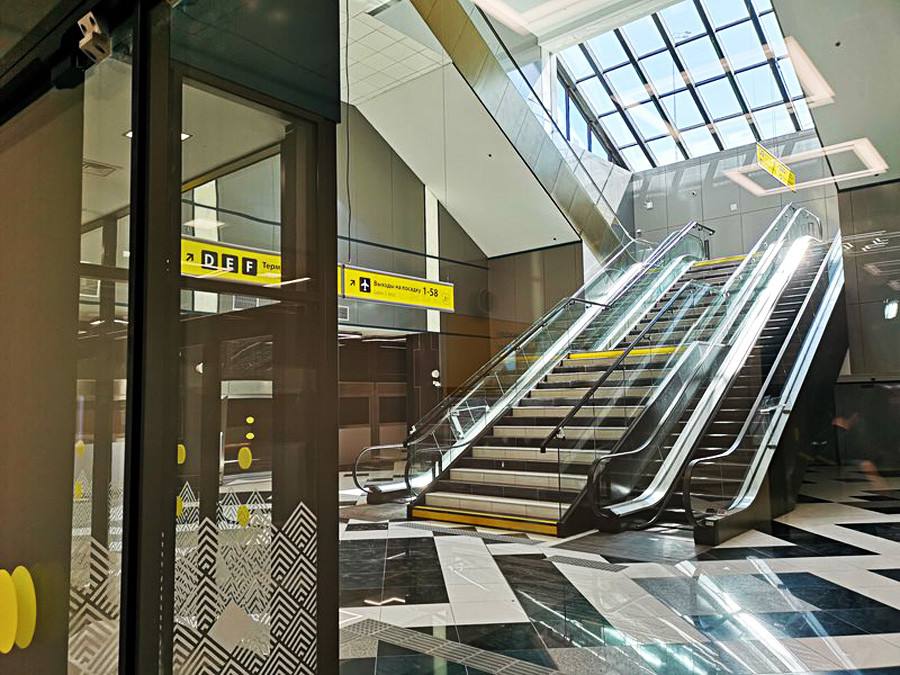 2. The entrance to the “.” A classic “horizontal elevator” but with glass doors and walls. 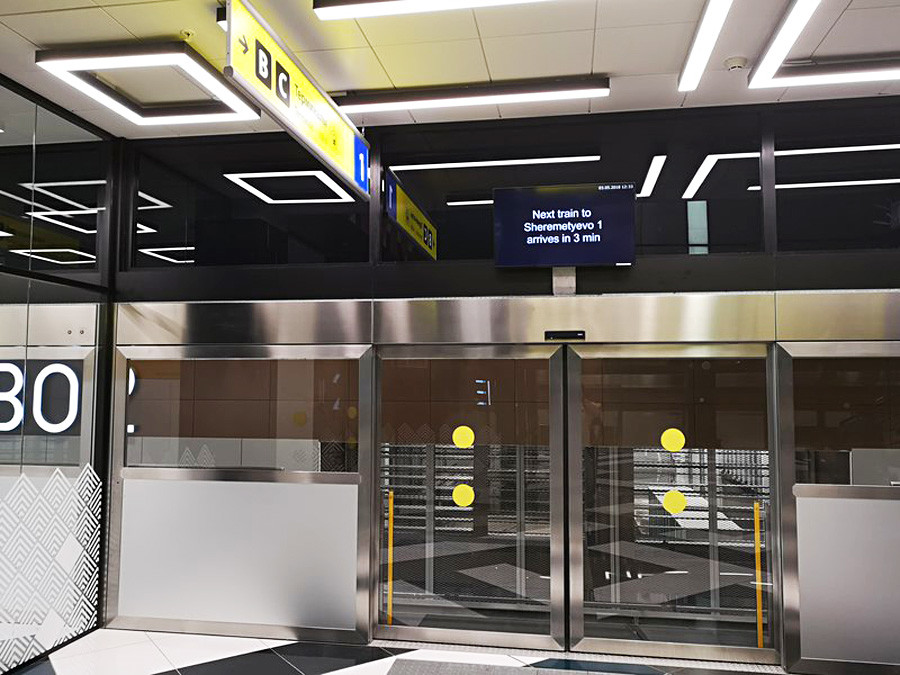 3. Each carriage of the train connecting the new and old terminals has eight seats and 19 standing places. Every train consists of four cars. You’ll wait no more than four minutes for the next train and it also takes four minutes to get there. 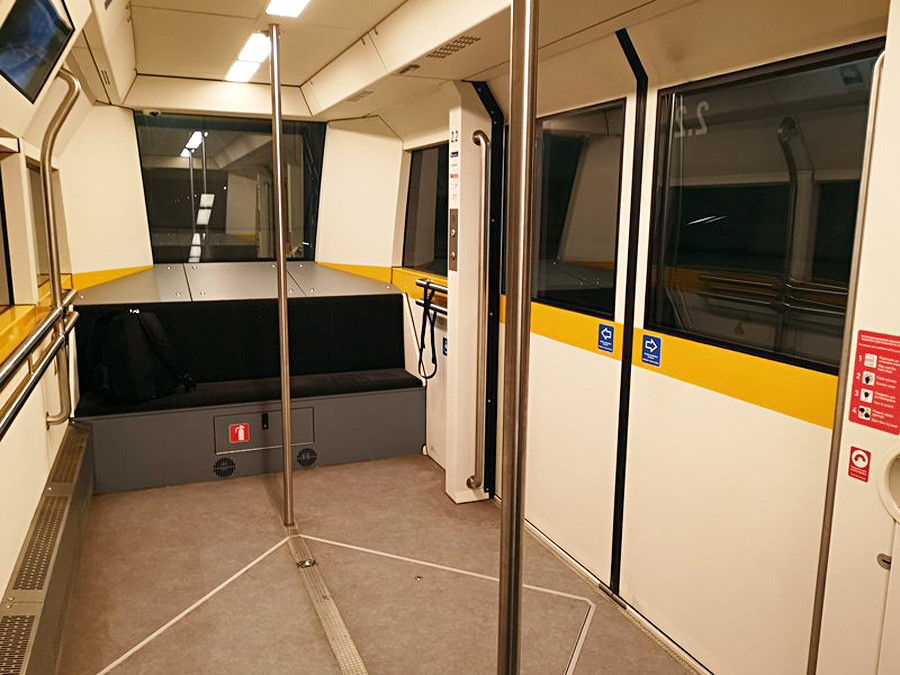 4.The next escalator leads to the departure area. The interior is a little reminiscent of the style from 1930s Russia. 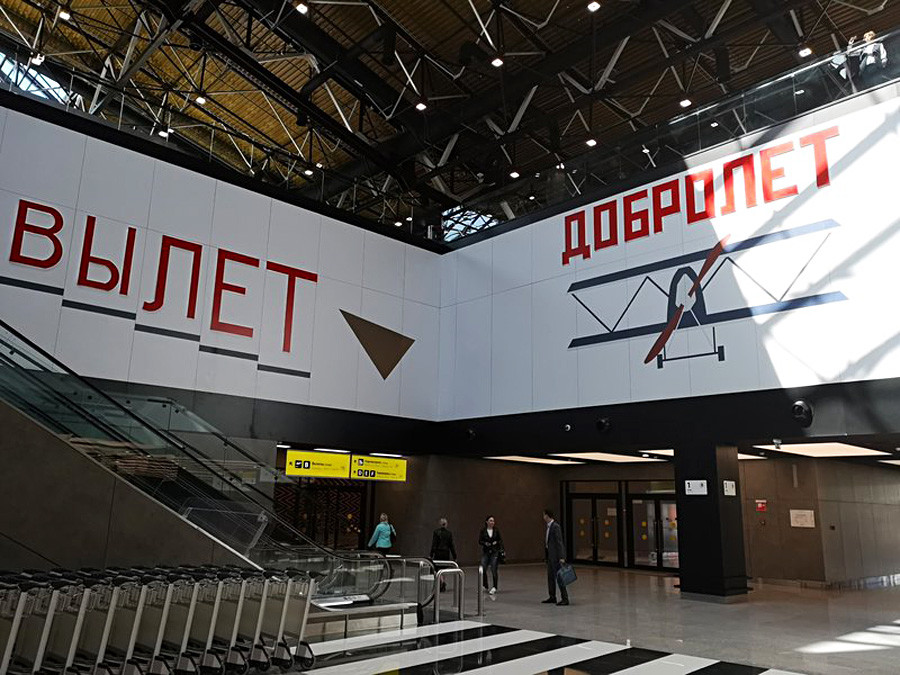 5. But not everywhere. In some you’re reminded that it’s a modern airport because there are displays all over the walls. 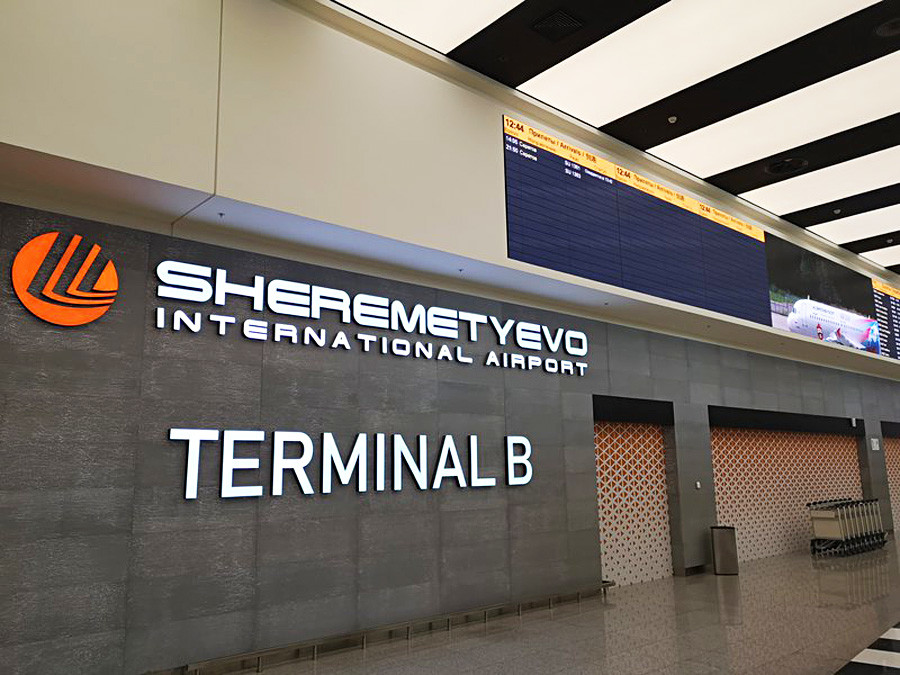 6. This special dog helps to sniff out contraband. This breed is a cross between a North Caucasus jackal and an Arctic reindeer herding dog. 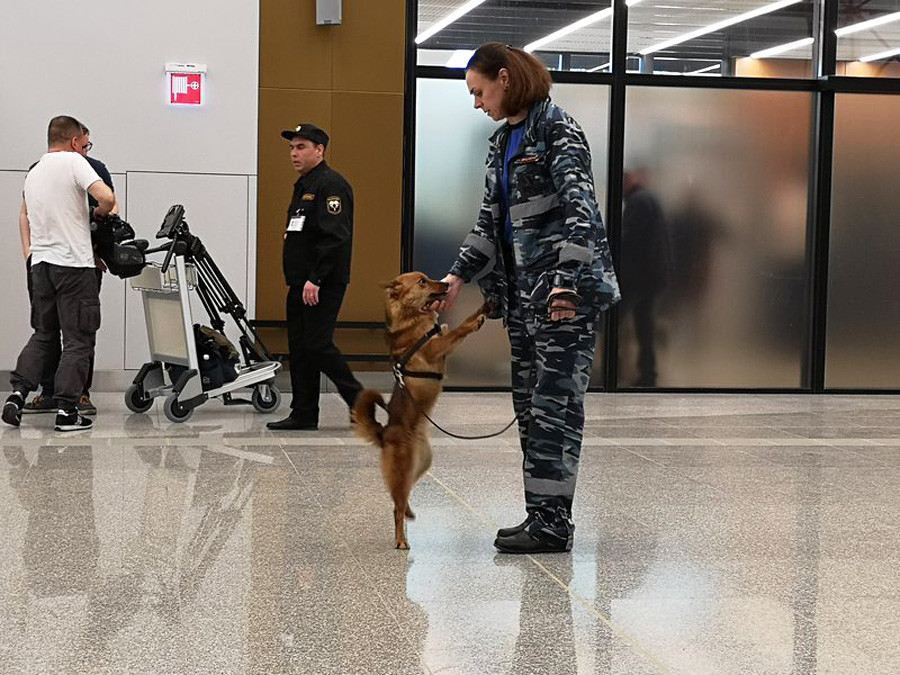 7. Self-service check-in kiosks where you can print your boarding pass and pay for extra luggage. 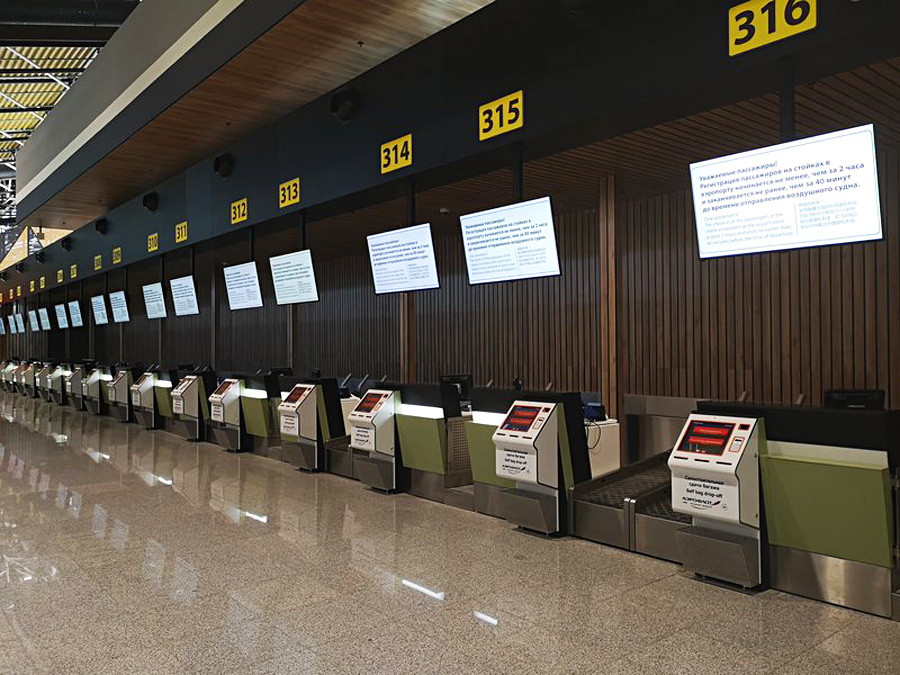 8. The business lounge called Rublev, named after the famous Russian medieval artist. It boasts the longest buffet in the world. 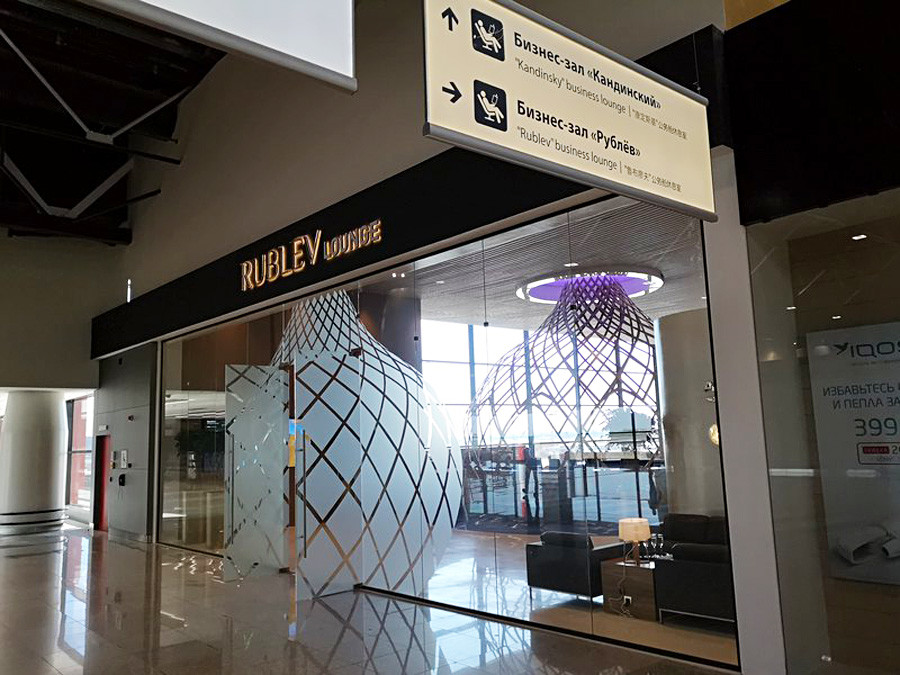 9. The design is like a dome from a church and a braided fence in a remote Russian village. 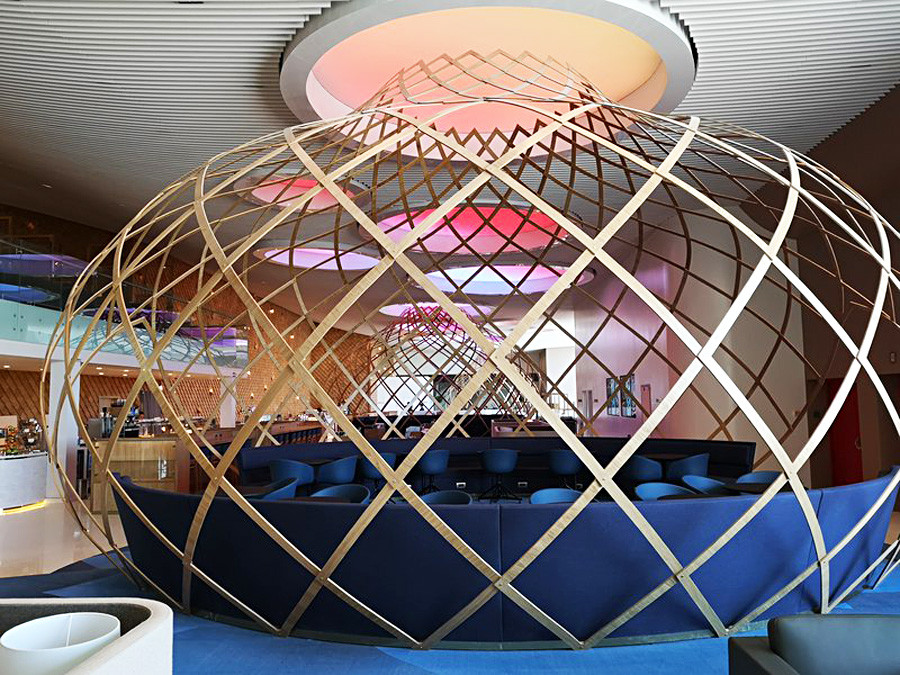 10. The VIP hall for stars and politicians boasts an even fancier interior and armchairs where you can relax. 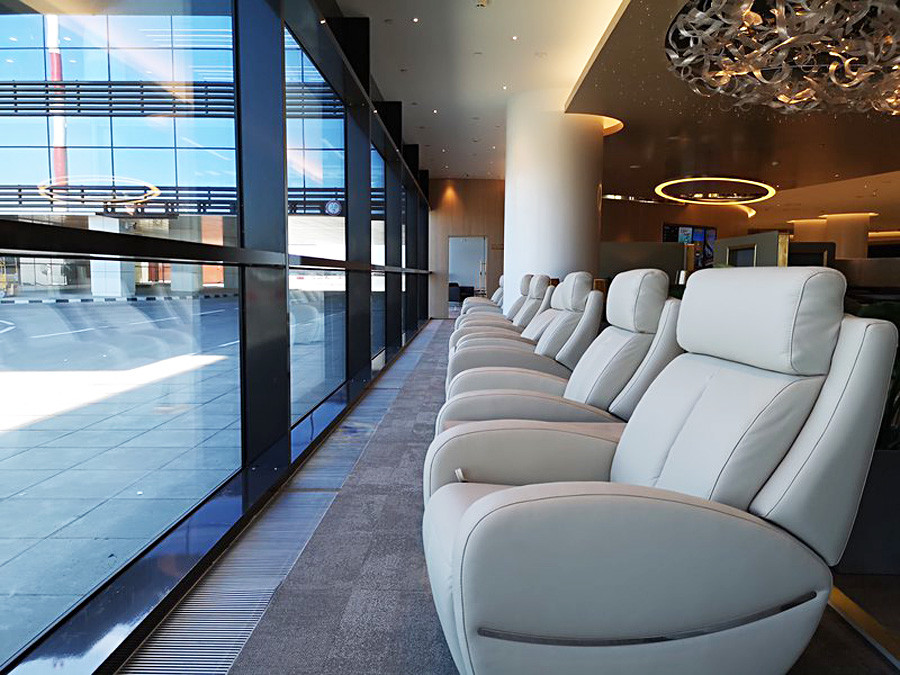 11. This is the transfer to domestic flights. 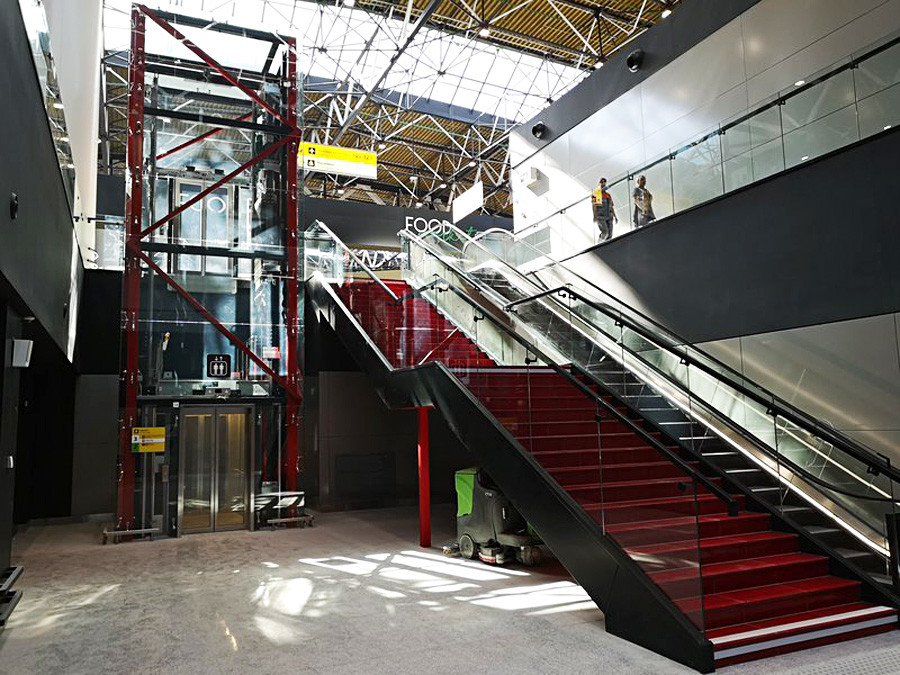 12. The new restaurants are decorated in their own style but they’re not out of keeping with the terminal’s general concept. 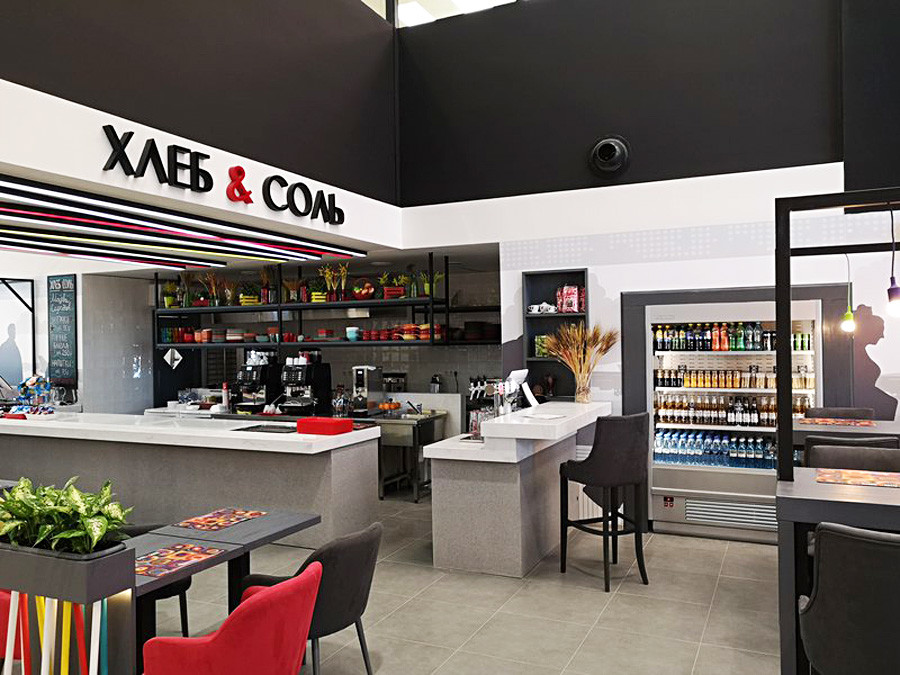