Why do people living in Russia's most Instagrammed village hate tourists? 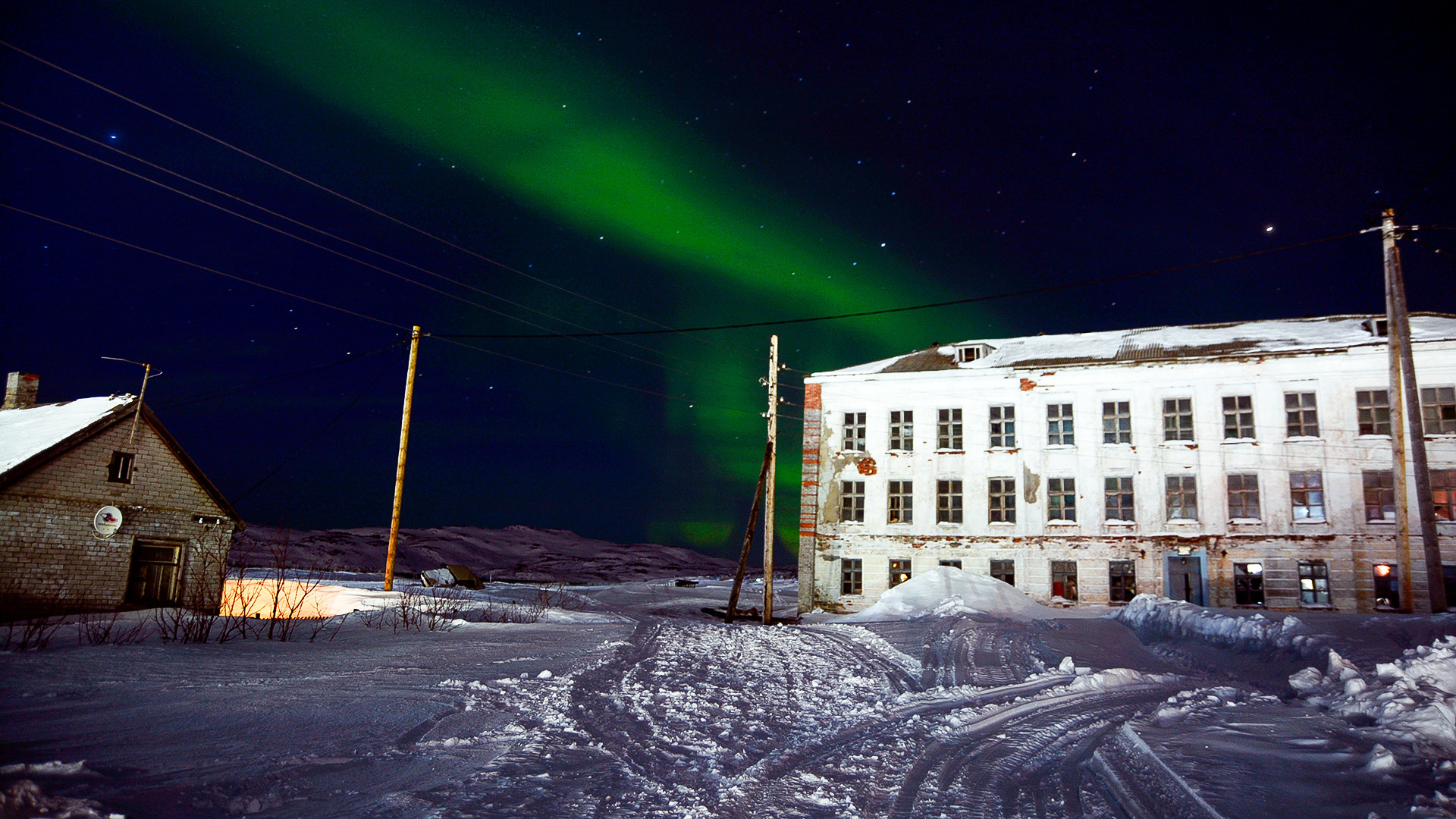 Victoria Ryabikova
Since the release of the Oscar-nominated film, Leviathan, the dying northern settlement of Teriberka has become a mecca for tourists and aficionados of art-house style photographs. Local residents, however, are unhappy with this popularity. Our correspondent went there to find out why.

For over an hour the small bus, nicknamed "loaf of bread" because of its shape, has been struggling in the snow beating down on the windscreen. Two Chinese tourists - a young man and woman - have been holding on tightly to their armrests and each other, but are still periodically thrown from their seats. For his part, the driver looks around satisfied: "It’s not just beautiful, it’s a perfect Windows screensaver." 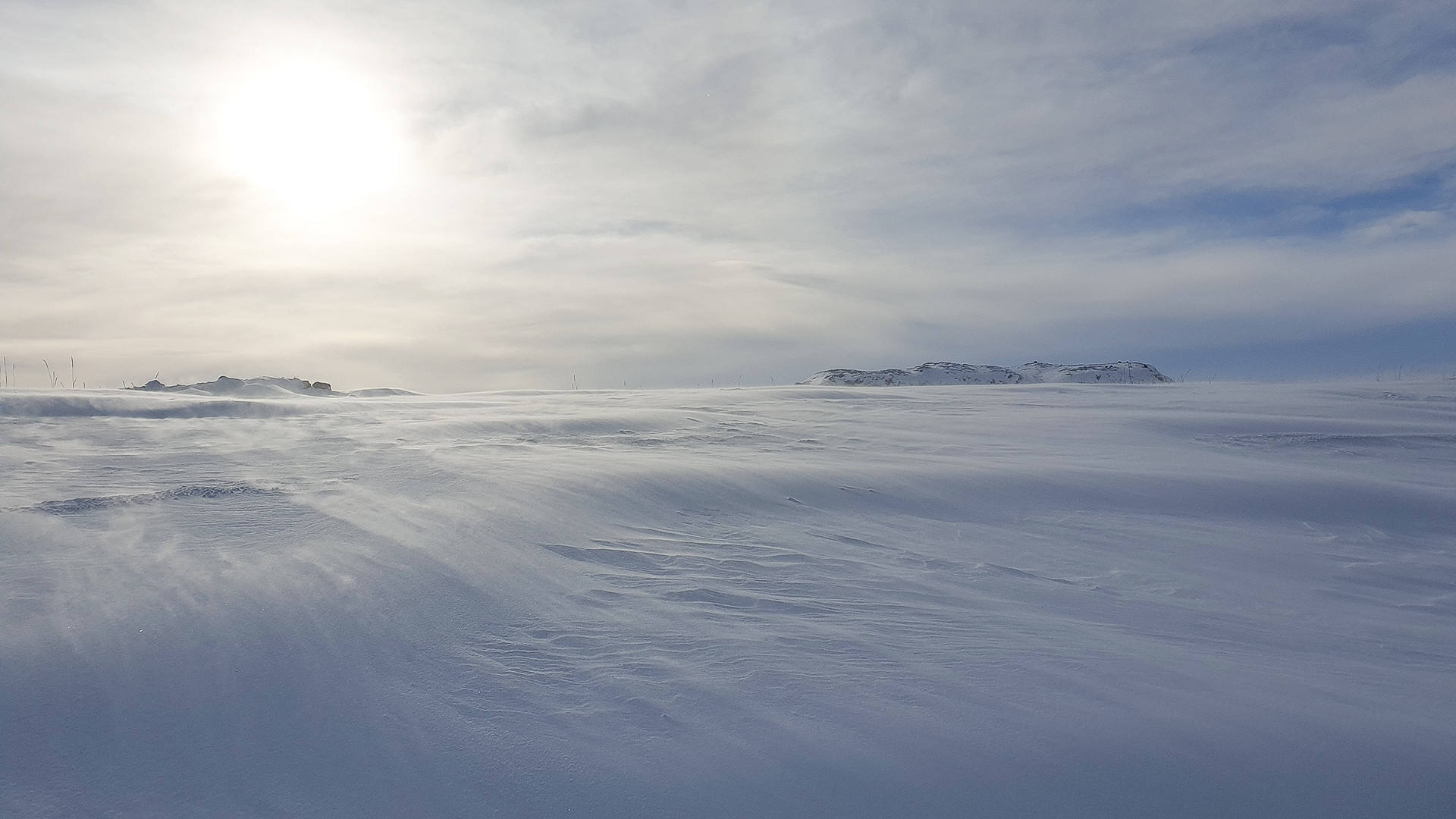 Leviathan, a feature film directed by Russian director Andrei Zvyagintsev, came out in 2014, winning a Golden Globe and a Cannes Film Festival prize. Also nominated for Best Foreign Film at the Oscars, the film tells the story of how the life of a hard-drinking northerner, Nikolai, falls apart. He is helpless against the state that wants to demolish his house. The human drama is enhanced by bleak shots of the austere northern landscape, which Zvyagintsev lingeringly savors 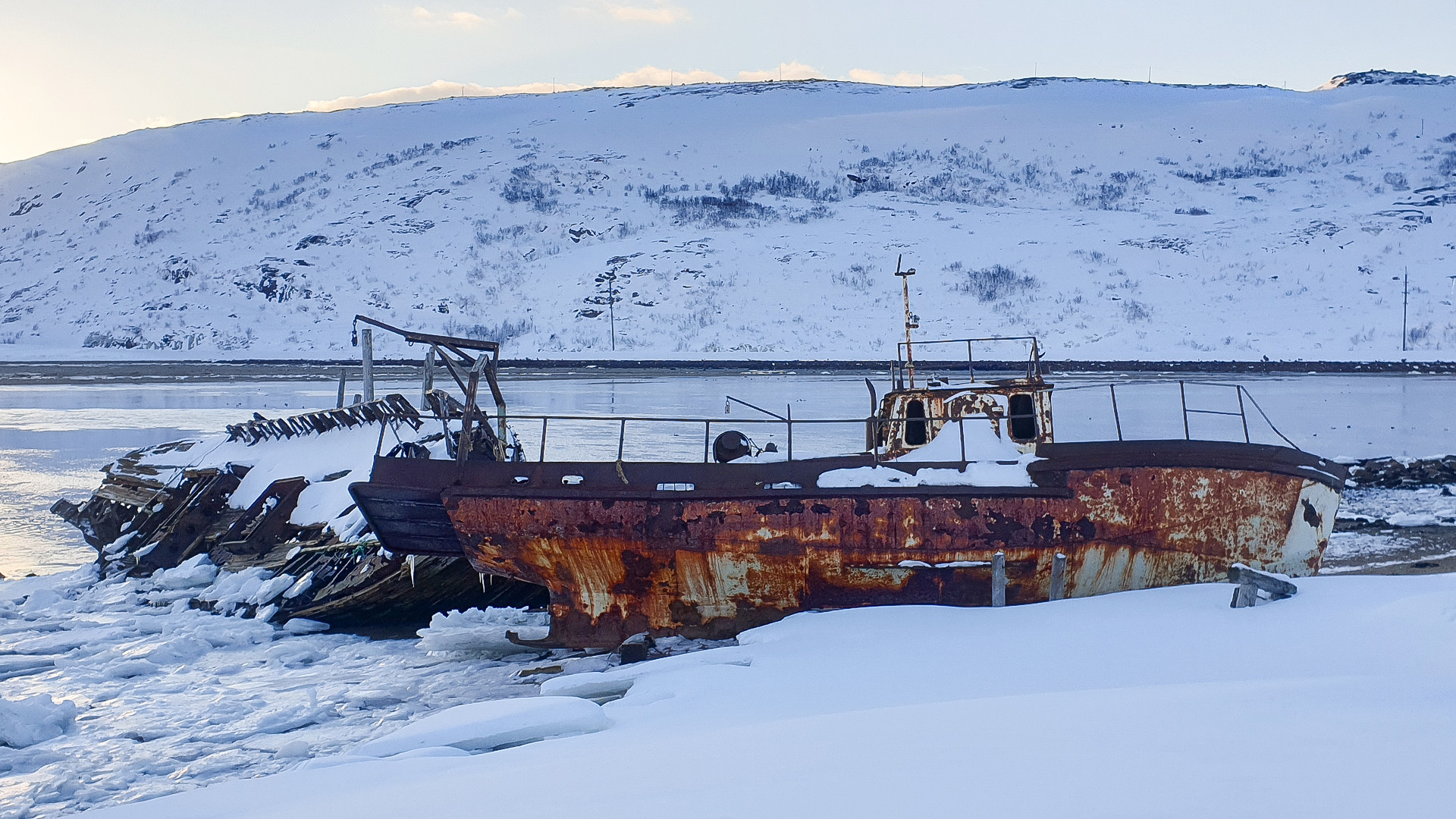 Russia, the film provoked debate, but many people are keen to come and see the village of Teriberka where the film was shot. In the wake of the village's new-found popularity, 18 months ago Yevgeny and his girlfriend, Tatiana, moved here from the city of Murmansk. They bought some land with an abandoned house, and a mongrel dog called Laima; they renovated the house and opened a hostel charging 1,300 rubles a night (apart from the hostel, the settlement has a new swanky hotel that costs 6,500 a night).

The hostel welcomed me with a hot stove, two rooms with four beds each, a modern shower and a bottle of vodka in the kitchen. Yevgeny says that you definitely have to drink some vodka not just to avoid falling ill but for good luck when chasing the Northern Lights 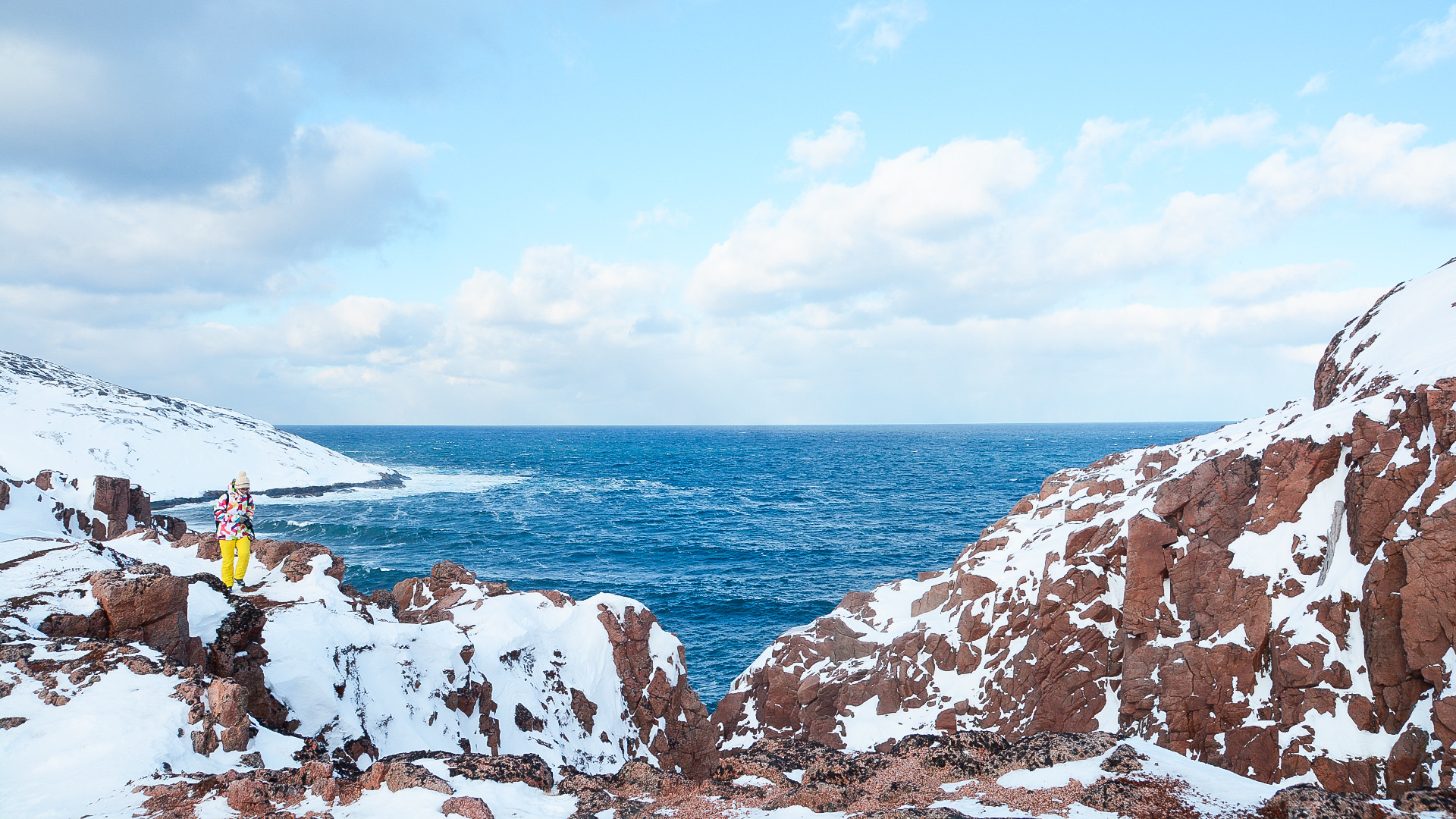 spring and Russian tourists come to Teriberka to go fishing, to see the scenery from Leviathan and visit local festivals. But in winter the hostel is mostly frequented by Chinese visitors who have never heard of Leviathan but who dream of seeing the Northern Lights.

Yevgeny takes the Chinese out for a ride along the beach on either his snowmobile or with his car, which can’t get around so easily and often gets stuck in the snow. As for Russian visitors, they organize trips to a neighboring peninsula. 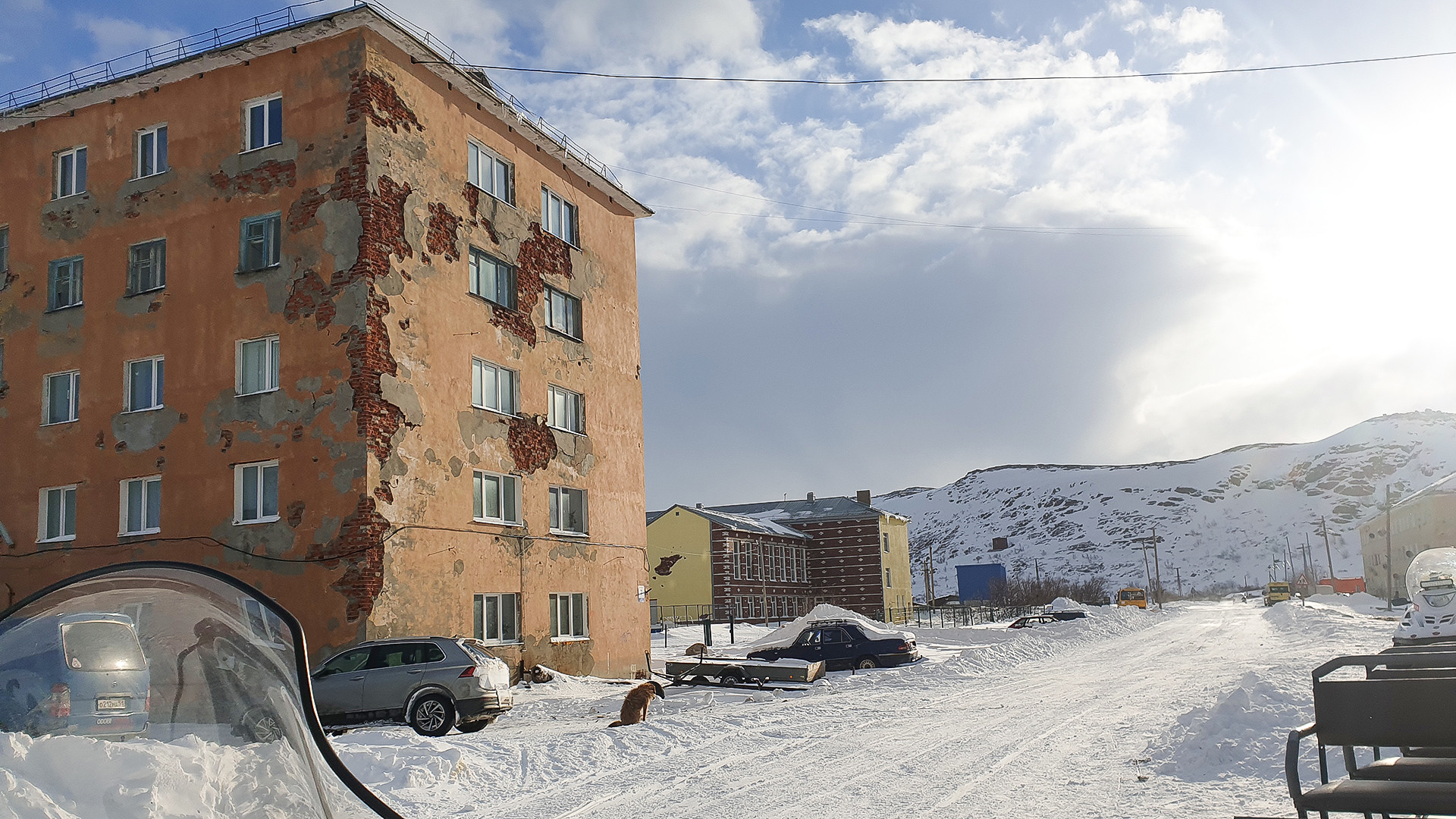 “I don’t really promote the expeditions and am rather reluctant to organize such groups. You can't make money from them; you can only break even on equipment rental," Yevgeny admits.

Yevgeny doesn't like taking tourists on trips on his snowmobile because it consumes too much fuel and is too popular with the Chinese who want to be driven around. So, today he puts a female Chinese tourist on board his "loaf of bread" minibus, but everything suddenly comes to a halt just a few moments later.

"That's it, the trip is over!" Yevgeny announces, and goes to dig out his vehicle stuck in the snow. The "loaf of bread" has managed to go about 10 meters from the house. Tatiana and I use gestures to try to explain to the startled 'victim' that she has to get out. In the end, the Chinese woman makes her way through snow drifts to the road and flags a lift from a passing car in order to reach the other end of the settlement to see the stony beach and frozen waterfall (such a trip will cost between 800 and 1,000 rubles) 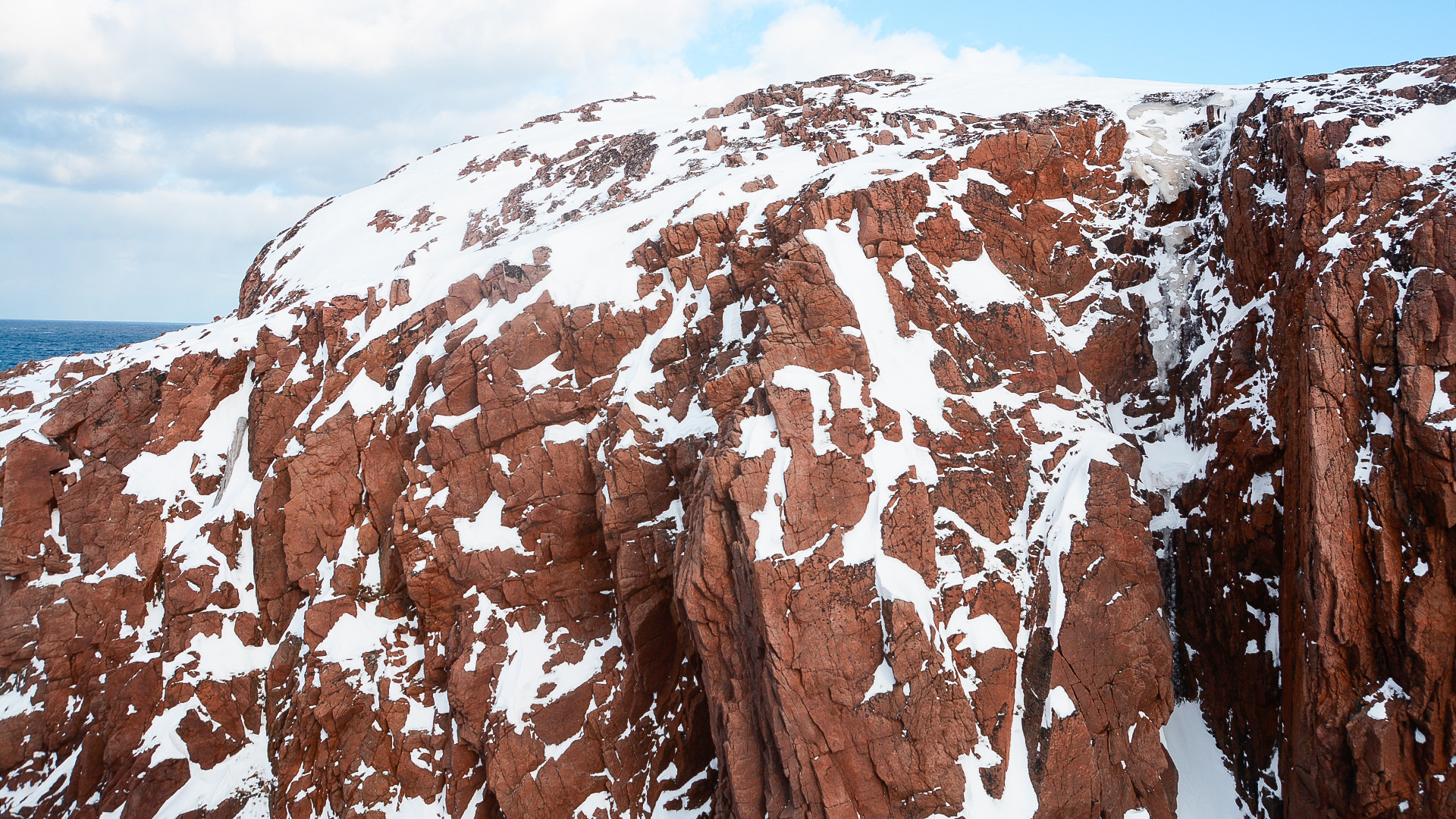 , we return to the hostel and Tatiana starts to work her magic in the kitchen. Soon the air begins to fill with the aroma of fried prawns and crab claws, as well as other delicacies from the Barents Sea that are laid on plates. Teriberka only has two places where one can eat: the hostel and the restaurant, but Tatiana says that the latter has a poor reputation and is too expensive.

After the ill-fated excursion, the Chinese visitor still decides to try her luck at the restaurant, but she was in for a disappointment: only frozen pancakes and green tea on the menu. So, she had to return to the hostel for a of Tatiana's prawns and crabs.

"The Best Love," and for slavery

On the seashore, not far from the restaurant, is a small strange-looking house with sign in English: "The Best Love. 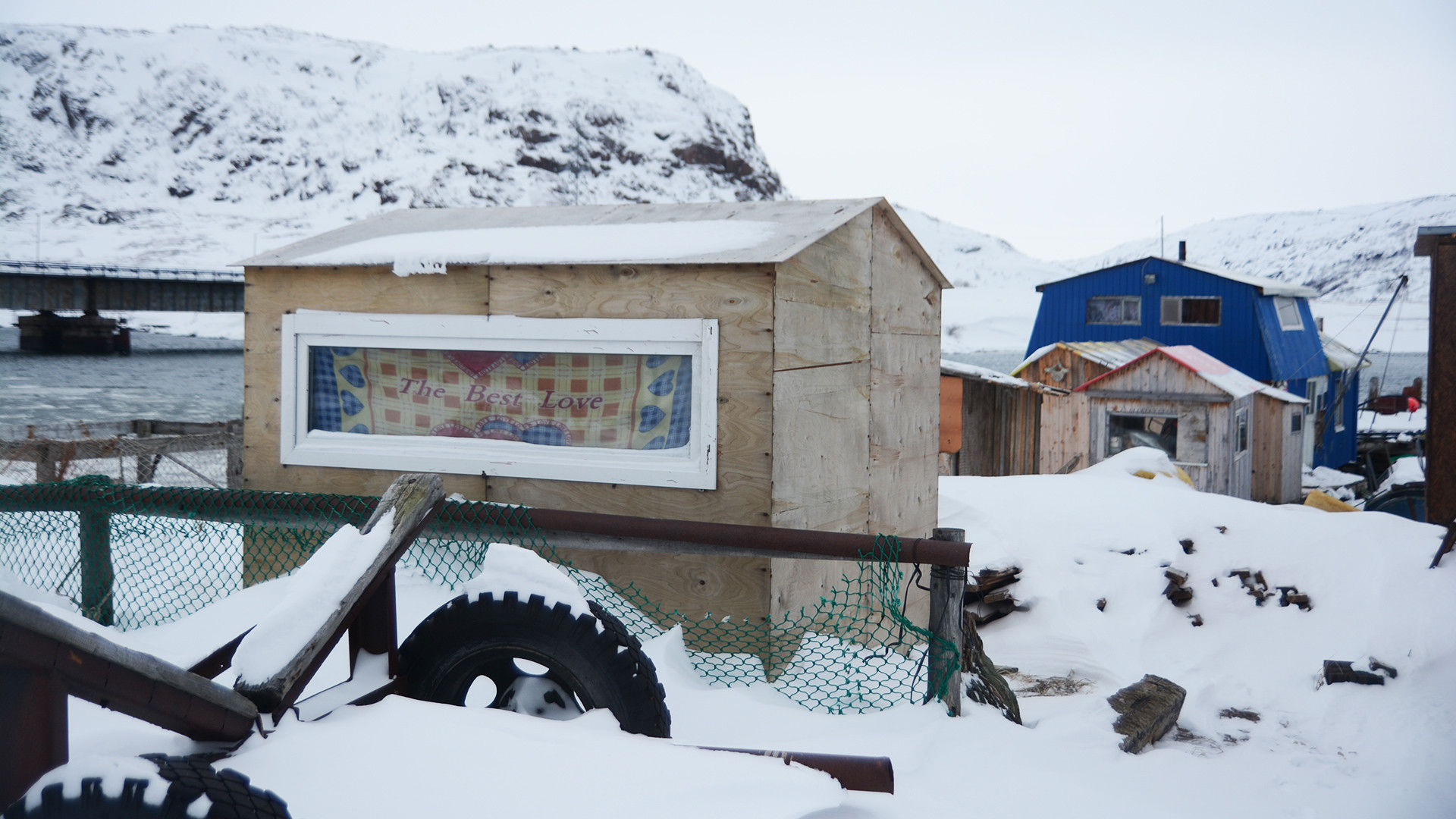 Since Leviathan there's a new wind blowing in Teriberka - tourism; they say it's the only way we can survive, but what do we need these tourists for?” resentfully asks the building owner, 57-year-old fisherman and native resident, Vitaly, a shortish man with a thick black mustache. He says tourism is a form of slavery: "waiting on the whims of other people is equivalent to being a servant."

At the same time, the temptation to earn extra cash sometimes overcomes Vitaly's aversion to 'slavery,' and he occasionally takes a few anglers out on his boat, sometimes photographers, and even tourists for trips along the coast 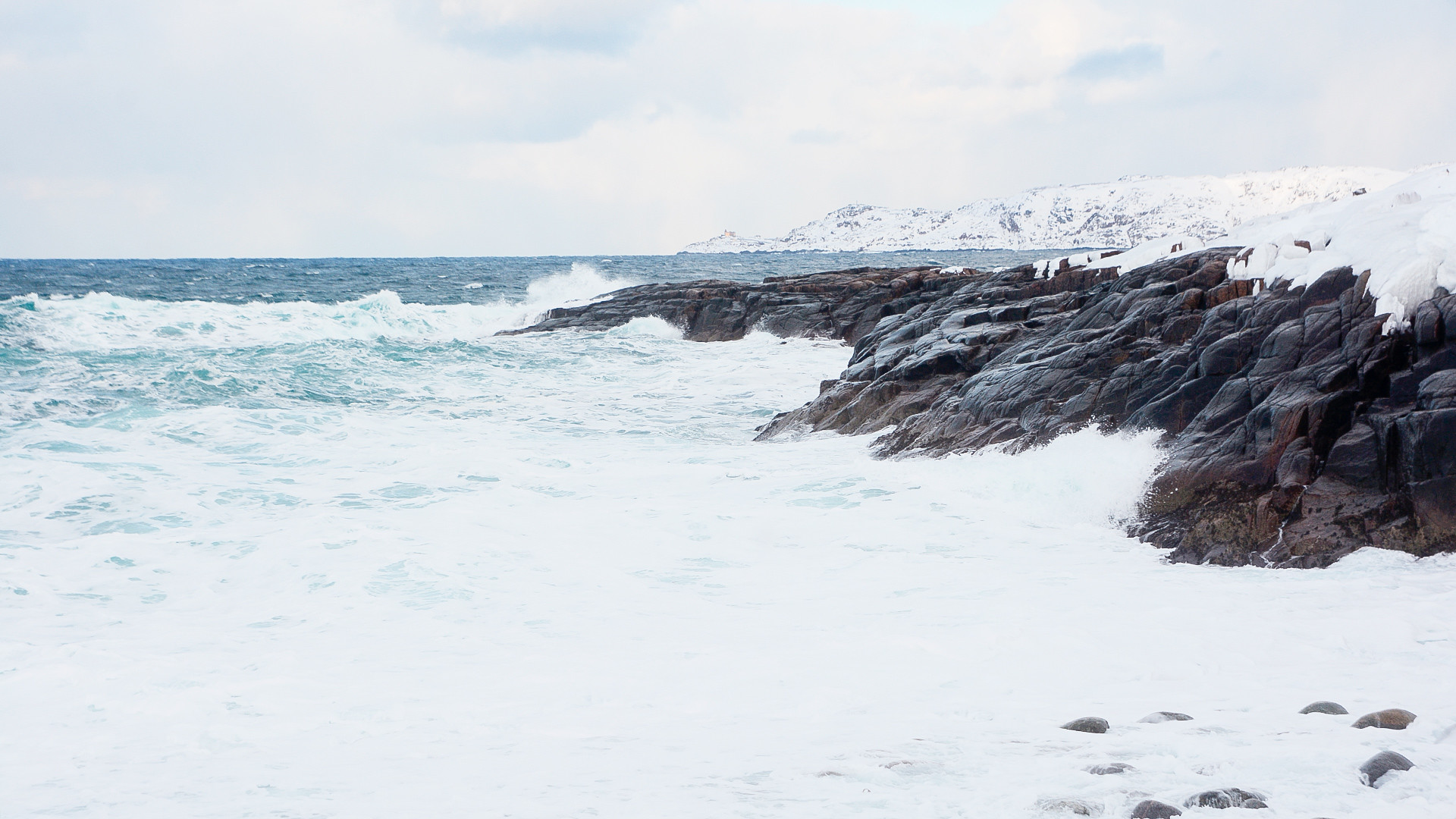 "best love" is for three things - fishing, pets women. If there are no issues with his sixth wife, five cats a dog, then things are a bit more complicated with fishing, which has been his lifelong passion. According to Russian law, Vitaly can only catch fish of a certain size in the Barents Sea - haddock, 40 centimeters long; and cod, 42 centimeters long. The fish must be caught far from shore, but he can't fish for them there because one needs a special quota permit that is only issued to big vessels 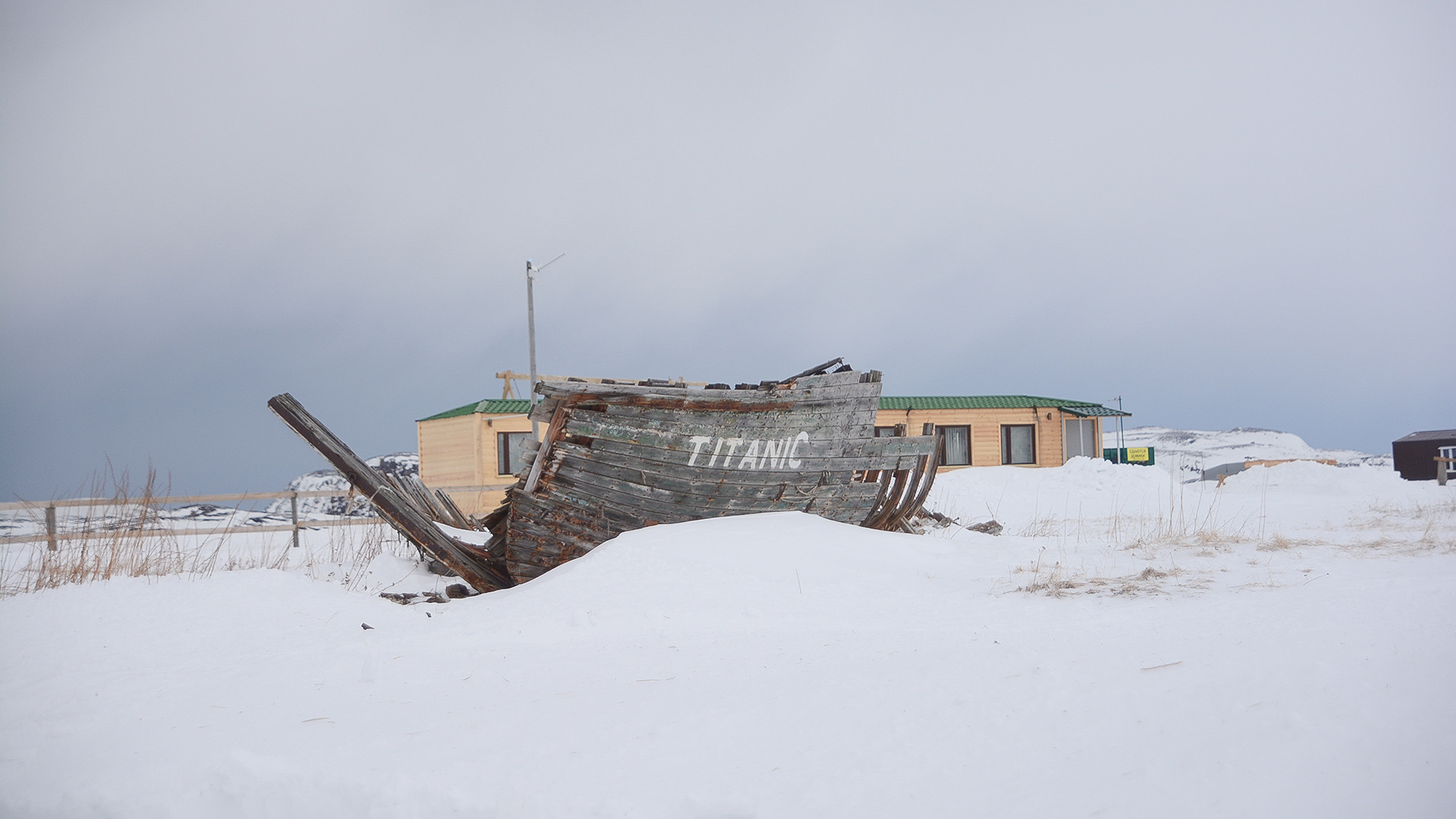 some ways, Vitaly's life exactly mirrors the subject matter of Leviathan. He says local authorities want him to move to a new flat in the neighboring village because his own home is not fit for habitation. He claims that the state really wants his own house and land in order to build new hostels and hotels.

"But I don't want to move; I like it here - I have my Venetian way of life," he says, standing against the background of a calendar with a nude model pinned to a Soviet-era wall rug alongside an icon and the Russian flag 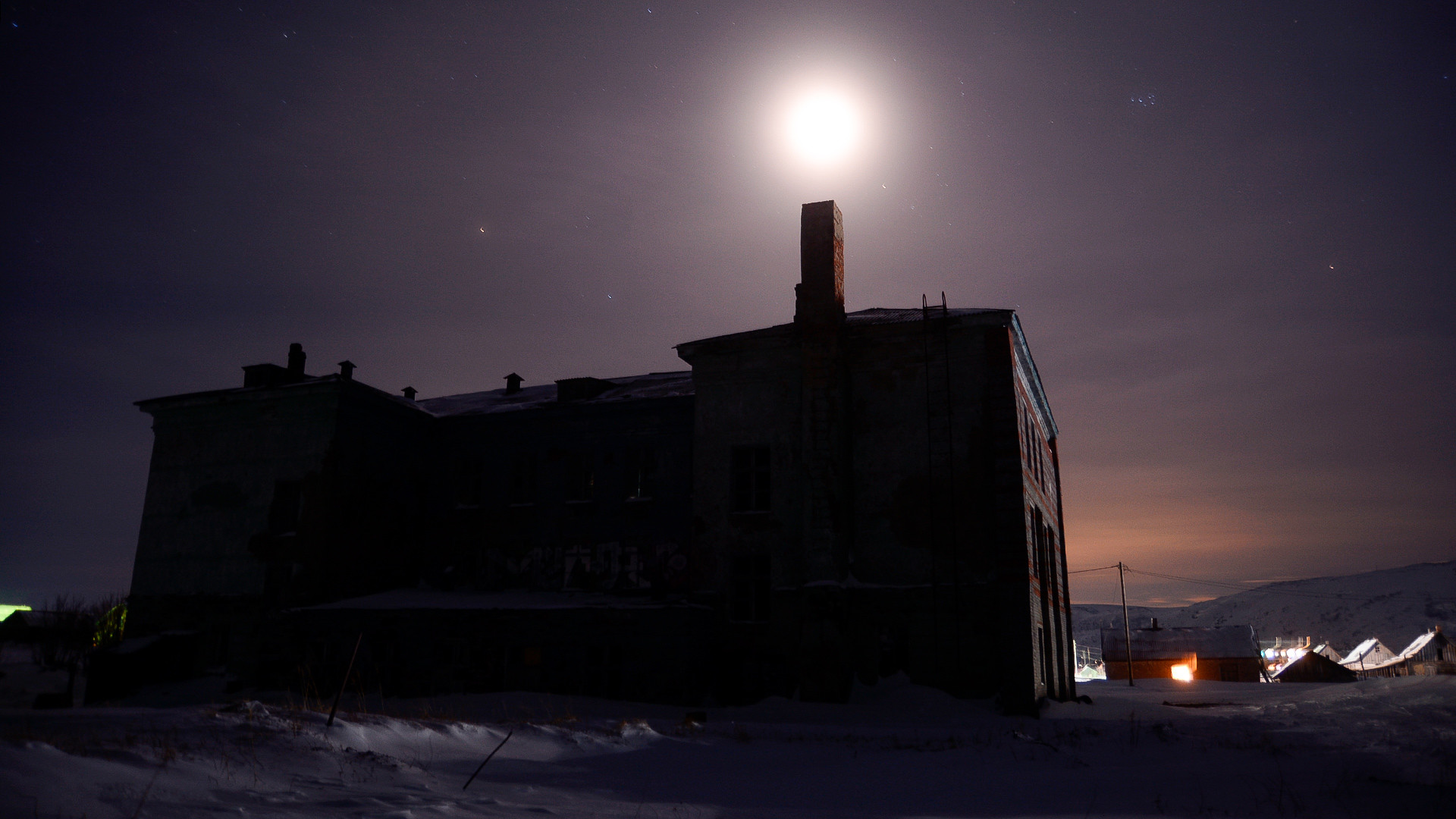 pensively at the calendar, he explains that he wouldn’t actually be against tourism on condition that the state allowed him to pursue his passion for fishing.

At the local House of Culture, which is a two-story grey concrete building with a red roof, people are also of the influx of tourists and the talk of Leviathan, but they think that tourism is the only way out for the village's economic woes. 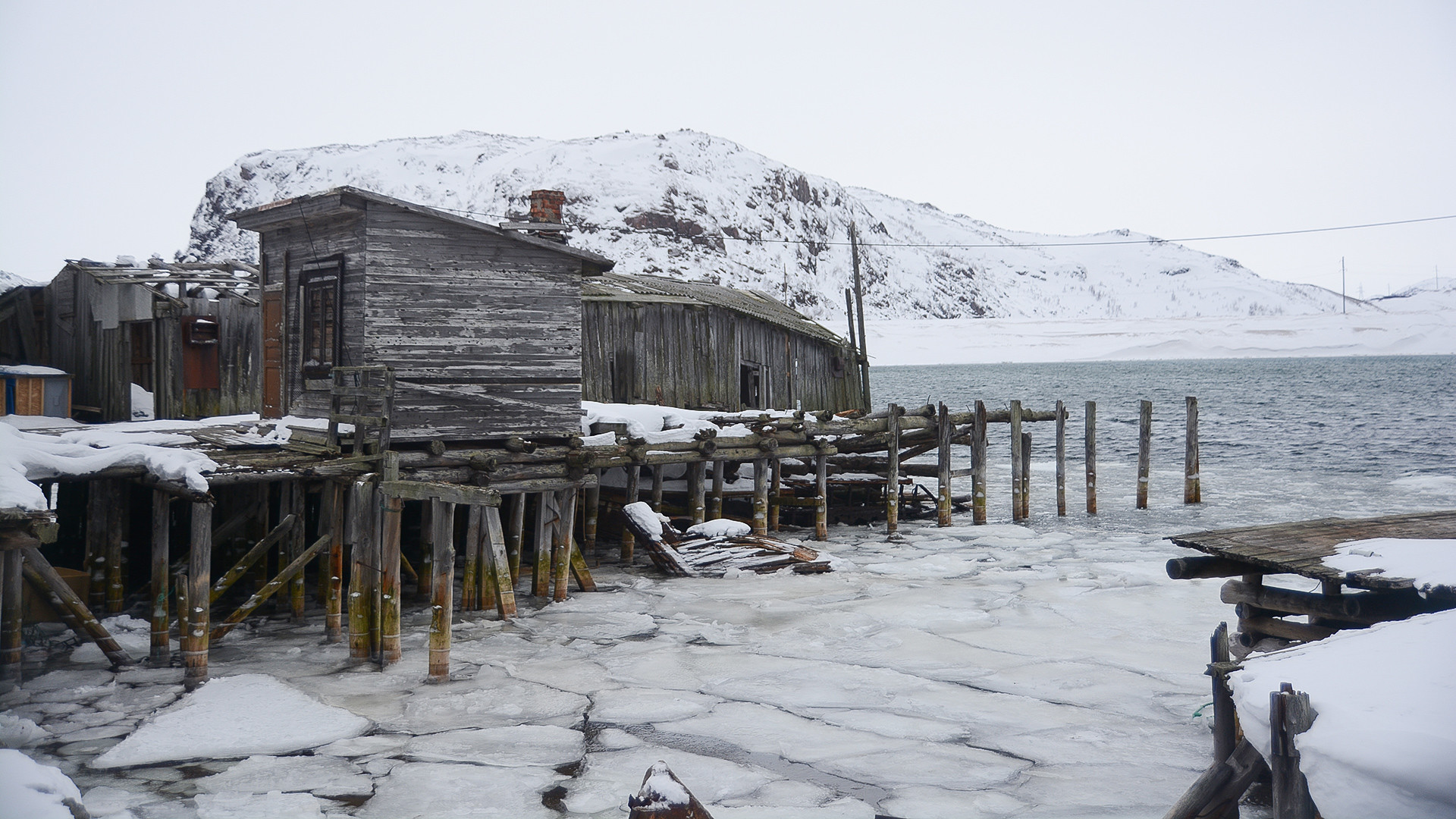 "We're really pissed off with this whole Leviathan matter! The film showed our beautiful landscape, but what an idiotic plot! At least now you don't have to tell the rest of Russia about Teriberka," says Olga Nikolayeva, director of the House of Culture.

The local librarian - a thin elderly woman - was leafing through the pages of a photo album with her trembling hands, intent on showing me the source of local pride. In one photo, young lads are trying to climb into the mouth of a whale that was caught at sea by fishermen in the early 1970s. According to the librarian, the whale’s head was cut off and displayed as a local curiosity. With time, however, the head began to give off a dreadful stench, and now no one can remember what happened to it. 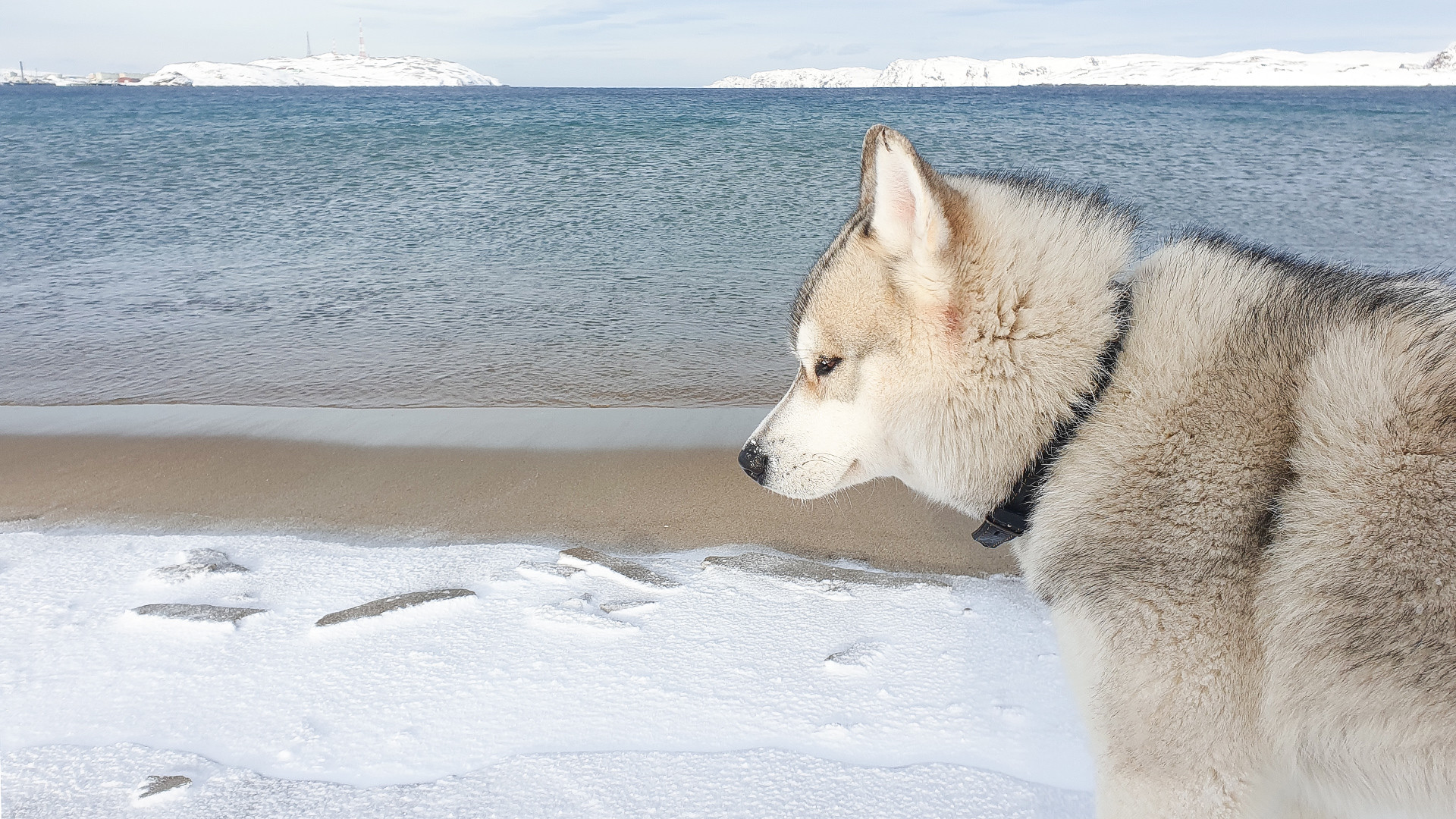 "In the past, the village earned its livelihood exclusively from fishing, and it had almost 5,000 residents," Nikolayeva says. "There used to be a fish processing plant, but it closed down in 2015 when it was no longer profitable. There was also a school, but that also closed because it was no longer worth maintaining. The children and teachers moved to a school in the neighboring village. The few remaining children in Teriberka are now taken to school by bus, with the PE teacher standing in ."

Today, Teriberka has just 617 residents and a wide selection of picturesque abandoned houses that could serve as art objects or as a set for horror films. 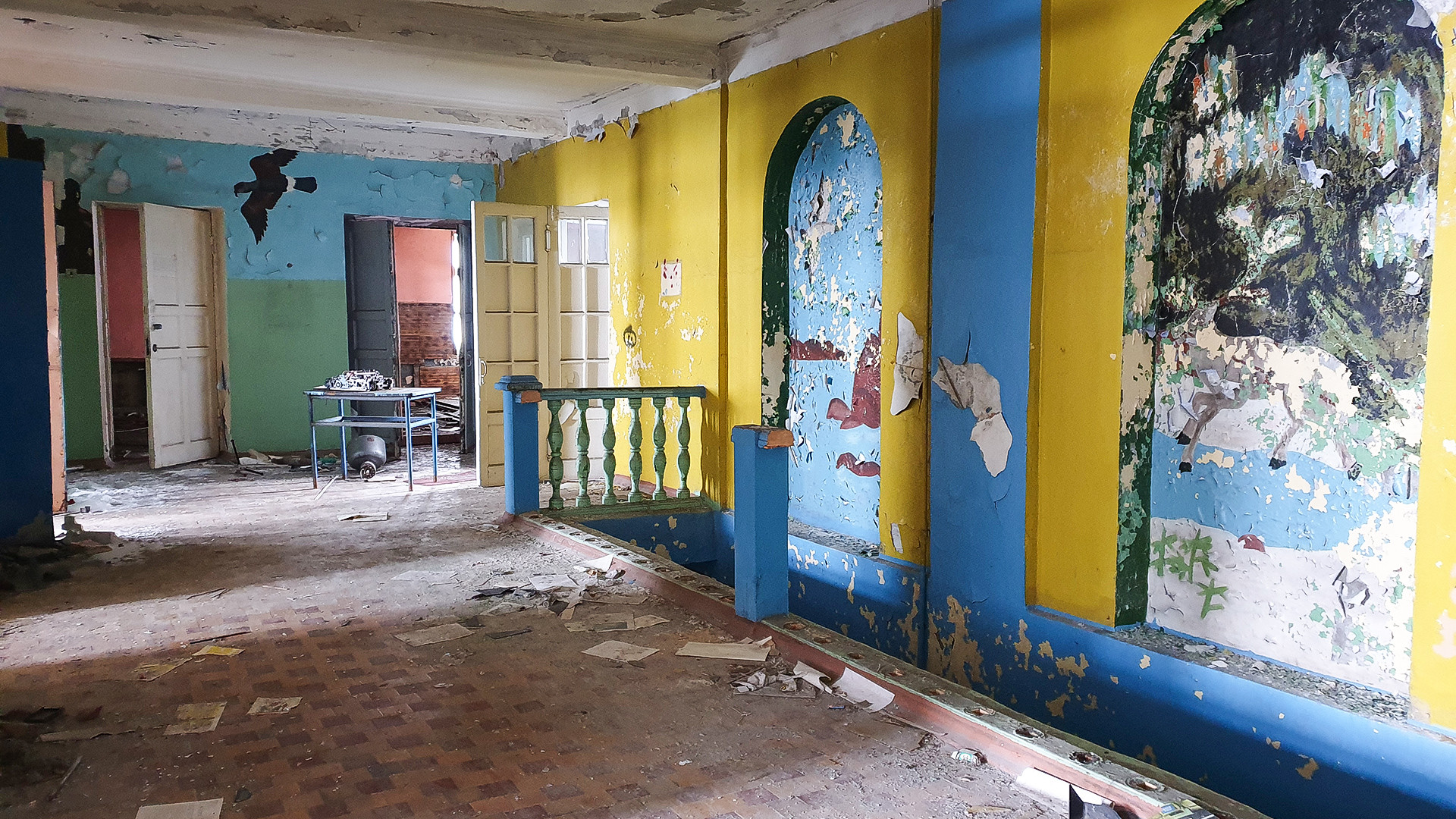 "At least everything is authentic, as in real life. I wouldn't even build a new road; without you preserve the local color, the starkness and the sense of adventure, which is what you need here. There will be tourism, but of a particular kind," Vitaly concludes. 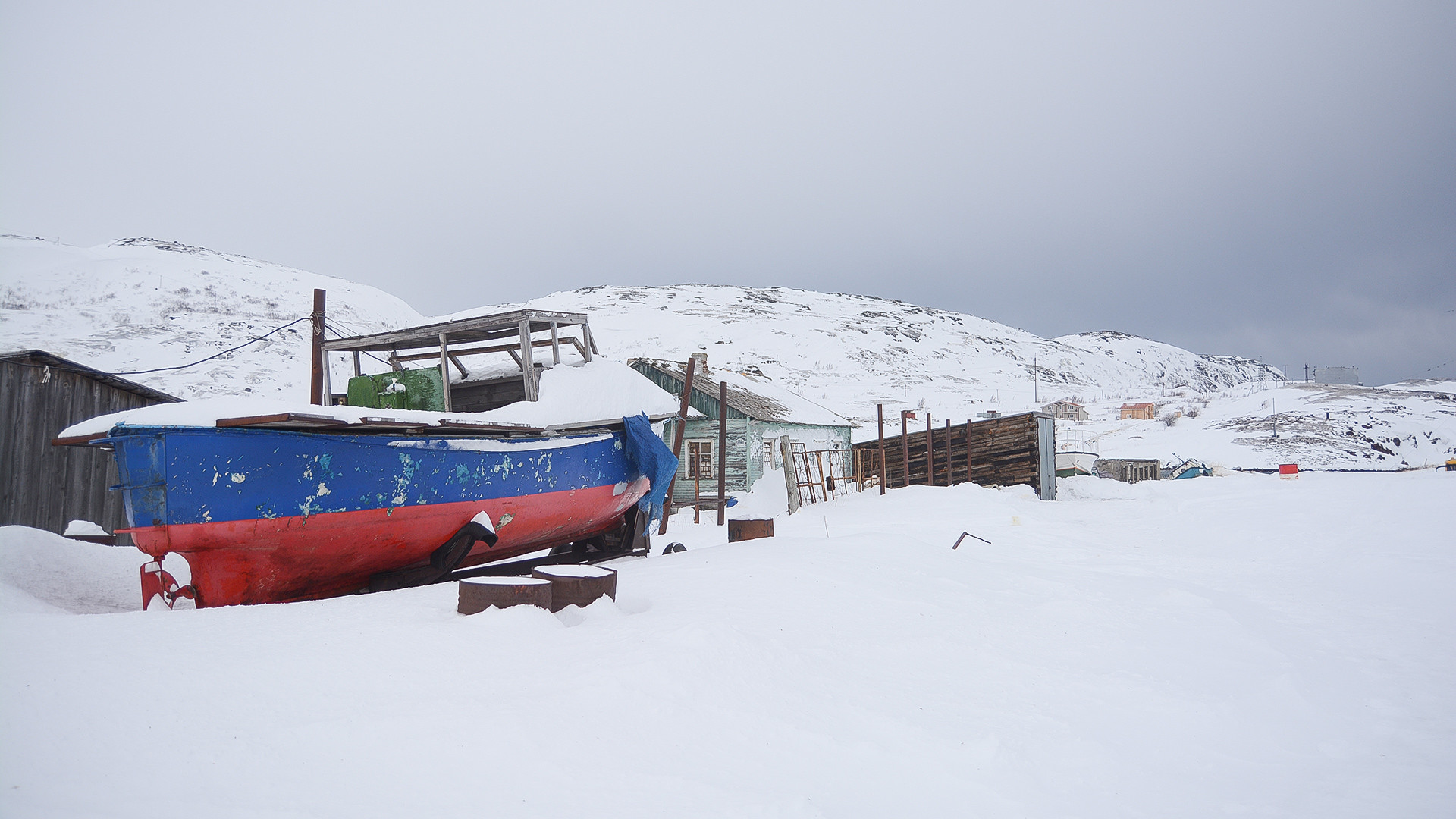