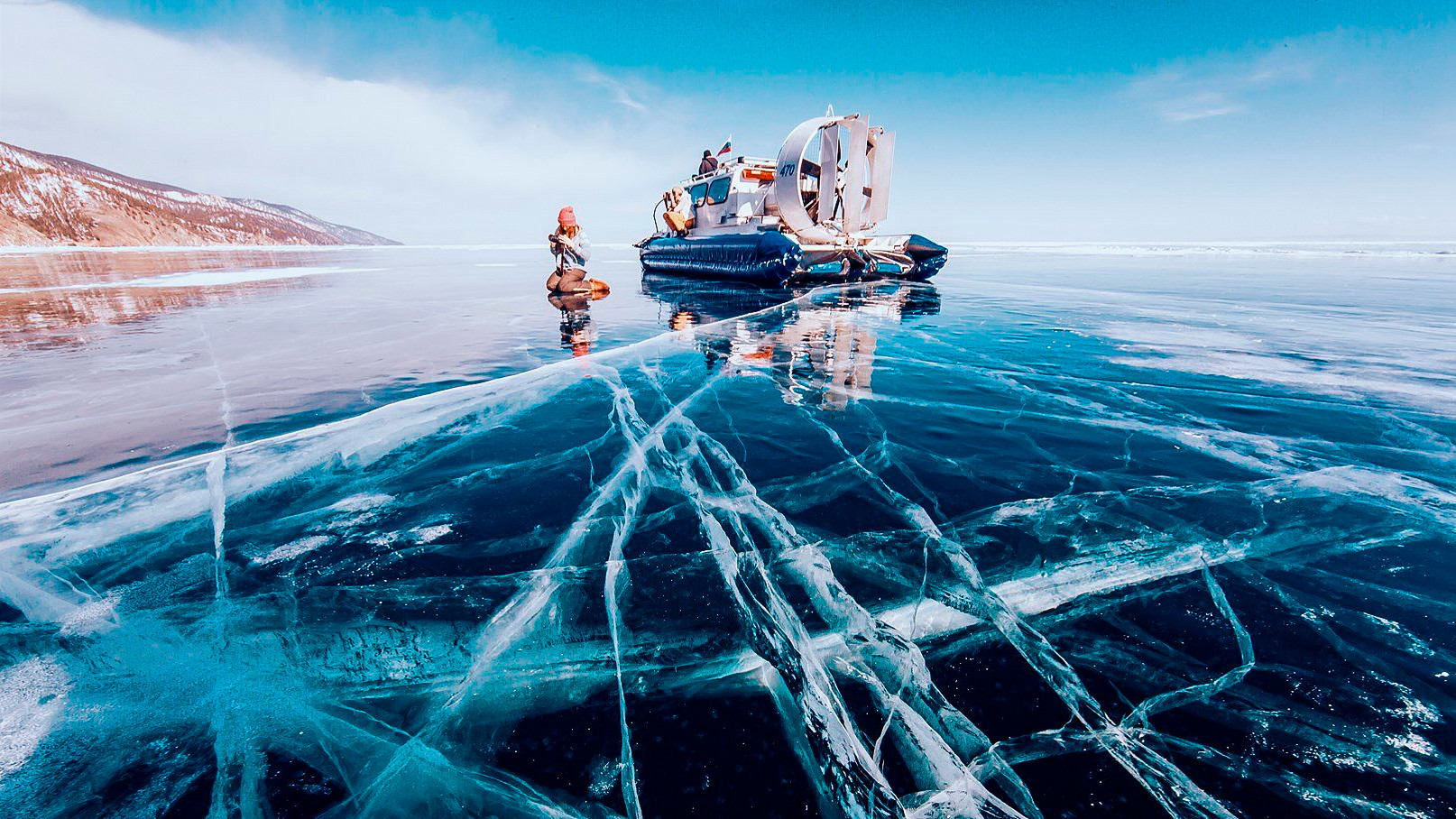 Kristina Makeeva/Legion Media
What is striking about these water reserves is not just their size but also the amazing legends associated with them. 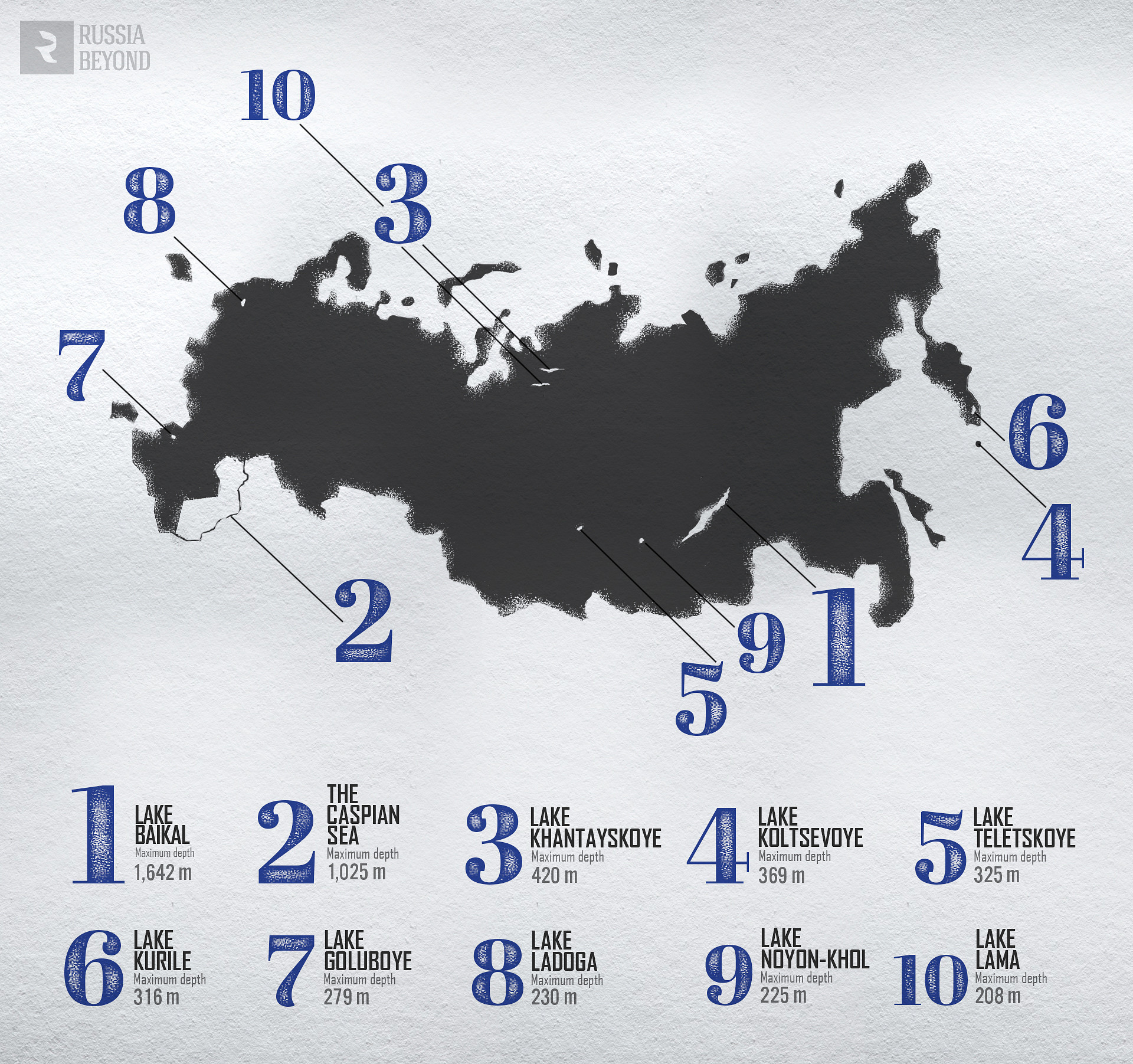 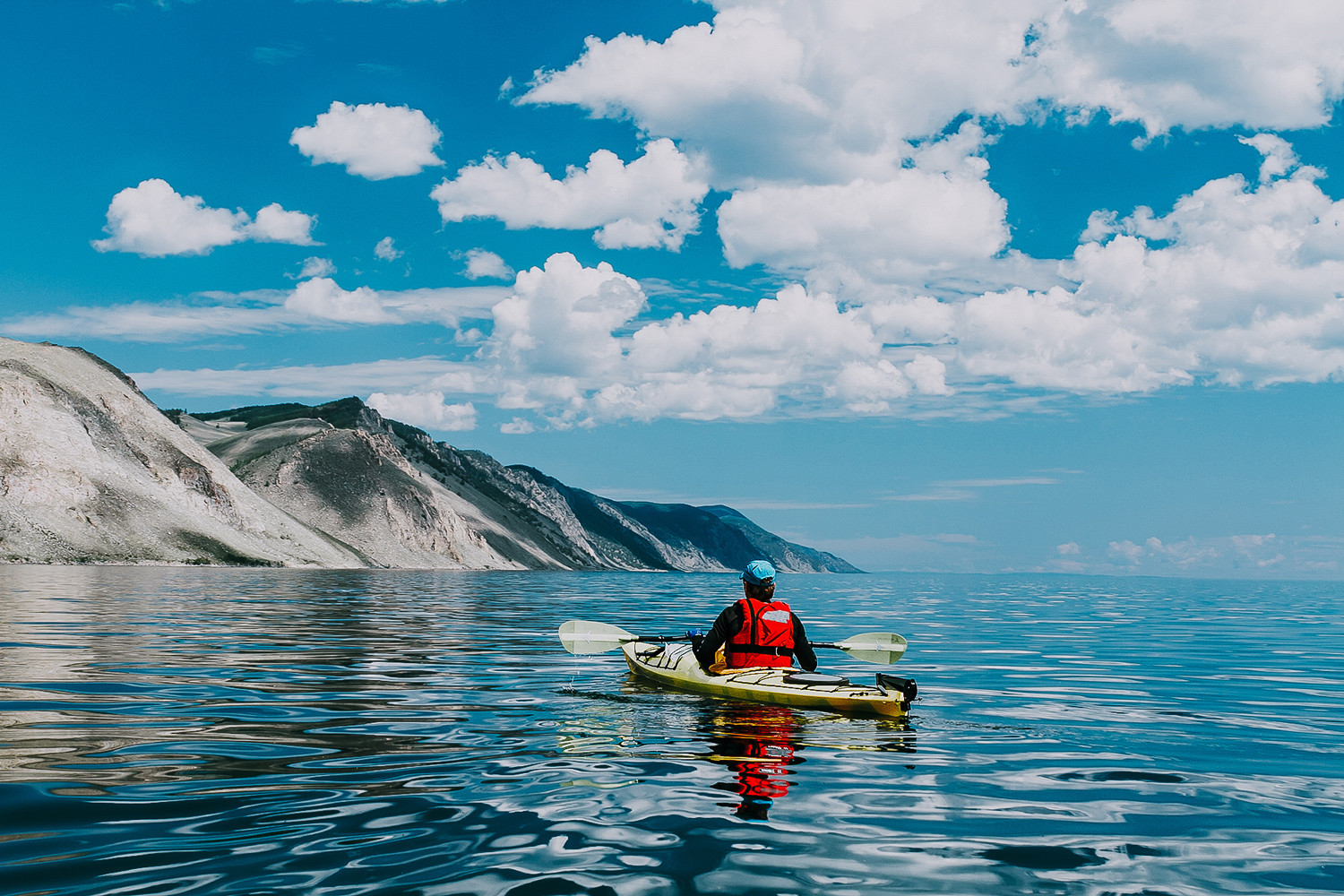 No wonder the lake is listed as a world heritage site by UNESCO - Lake Baikal breaks records in almost everything. It is the deepest lake on the planet, as well as its largest freshwater reserve.

The lake's surface area is 14,565 sq miles. That is bigger than Belgium or the Crimean peninsula. The State of Maryland occupies about the same area. The flora and fauna of Baikal are unique; many species of animals, crustaceans and plants can be found only here.

Baikal is in Eastern Siberia, on the border of the Irkutsk Region and the Republic of Buryatia. 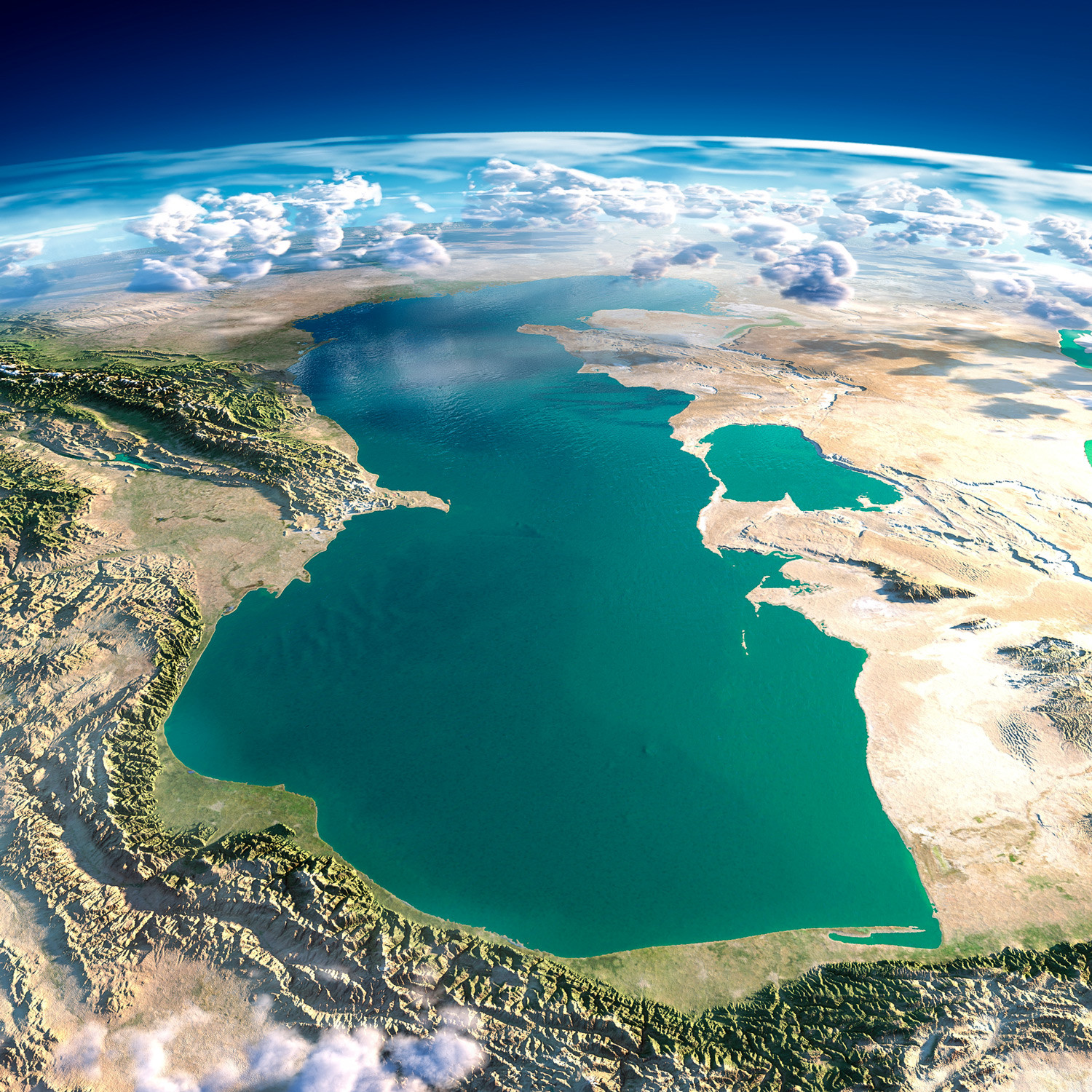 Despite the fact that the Caspian is called a sea, it is in fact a lake, and, moreover, it is the biggest lake in terms of surface area on the planet (143,000 sq miles - in other words, it could fit 10 Baikals, almost the whole of Montana or the whole of Japan).

Not a single river originates in the Caspian and it is not linked to the world’s oceans. However, several rivers flow into it: the Volga, the Ural, the Terek and others. Owing to this inflow of fresh water, the Caspian is only slightly salty, and certainly not as salty as seawater. For comparison: The Atlantic Ocean has an average salinity of 35 percent and the Caspian 12 percent.

The Caspian is the habitat of the largest number of sturgeon species in the world; the lake accounts for 90 percent of the world's production of caviar.

The Caspian is located in southern Russia, and its coastline is also shared by Kazakhstan, Iran, Turkmenistan and Azerbaijan. 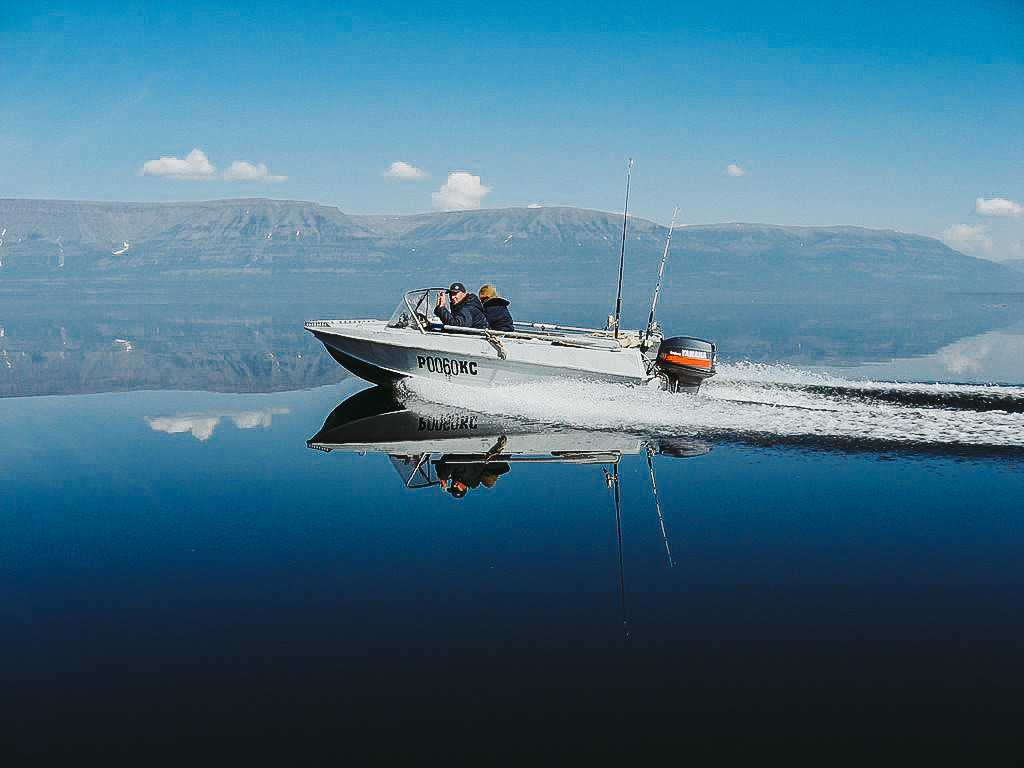 This is a relatively small lake with a surface area of just 317 sq miles and it is not well known even in Russia. It is situated in northern Siberia - on the Taymyr Peninsula in Krasnoyarsk Territory. It is beyond the Arctic Circle, in the permafrost zone. Water from melting snow accounts for half of the lake's volume. Several rivers flow into it.

The lake is linked to the Yenisei, the biggest river in Krasnoyarsk Territory. Its tributary begins from Lake Maloye Khantayskoye (Small Khantayskoye), from which through a channel it continues to Lake Khantayskoye itself.

The fauna is poor here and the properties of the water have not been studied very well owing to difficult access. You can get here only by helicopter - only a few expeditions have been organized to the lake - mainly by hydrogeologists who have studied the tectonic-glacial basin in which the lake is located.

This lake is situated in the Kuril Islands, and specifically on the uninhabited Island of Onekotan. It is part of Russia's Sakhalin Region. In fact, it is the caldera of an extinct volcano and that is why it has such a regular round form and hence its name Koltsevoye [the adjectival form of the Russian word for "ring"]. Incidentally the cone of the volcano - Krenitsyn Peak - picturesquely rises out of the water. 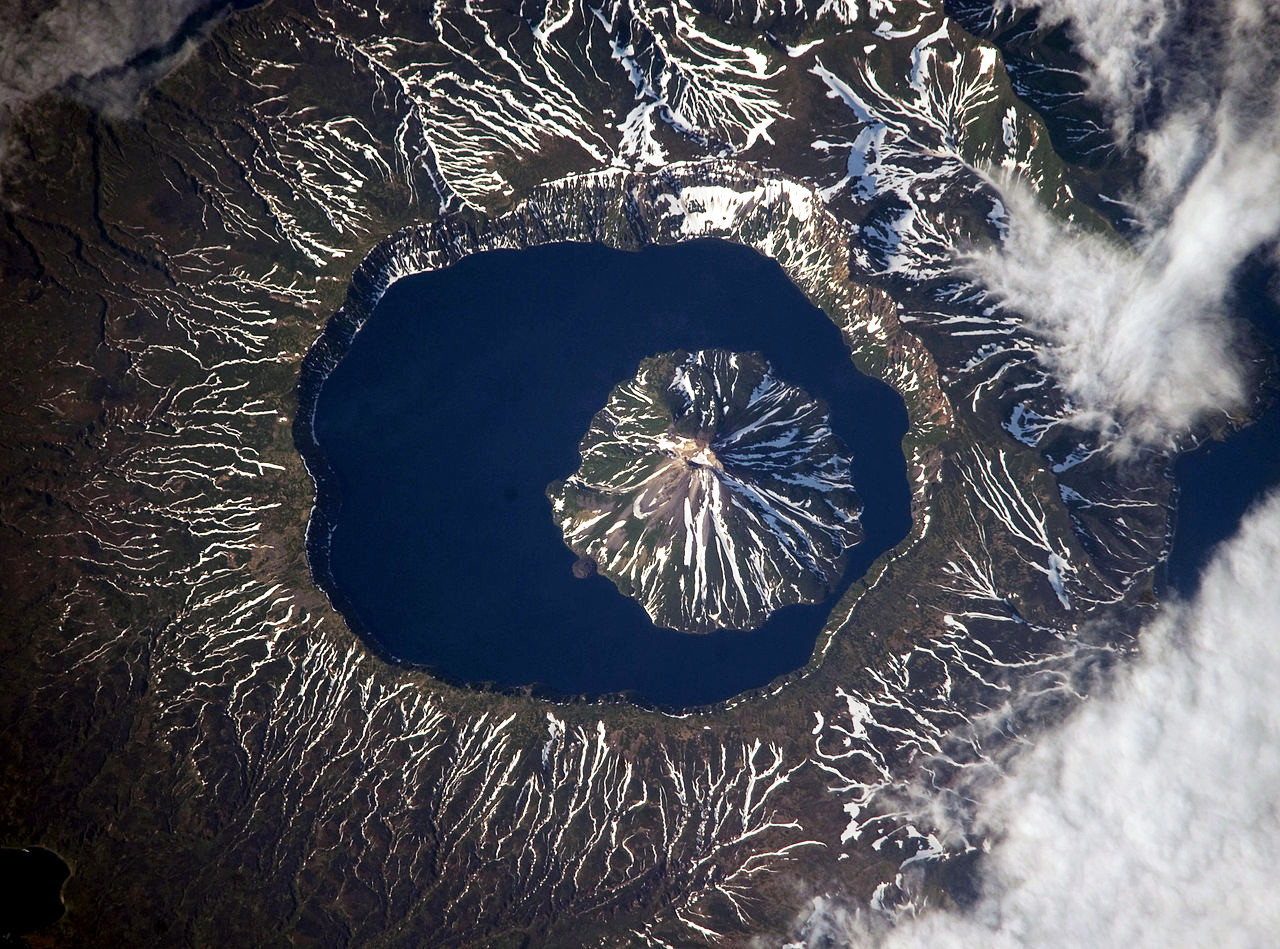 The depth of the lake was measured only in the past 20 years during a major expedition of volcanologists and geologists to the Kurils. 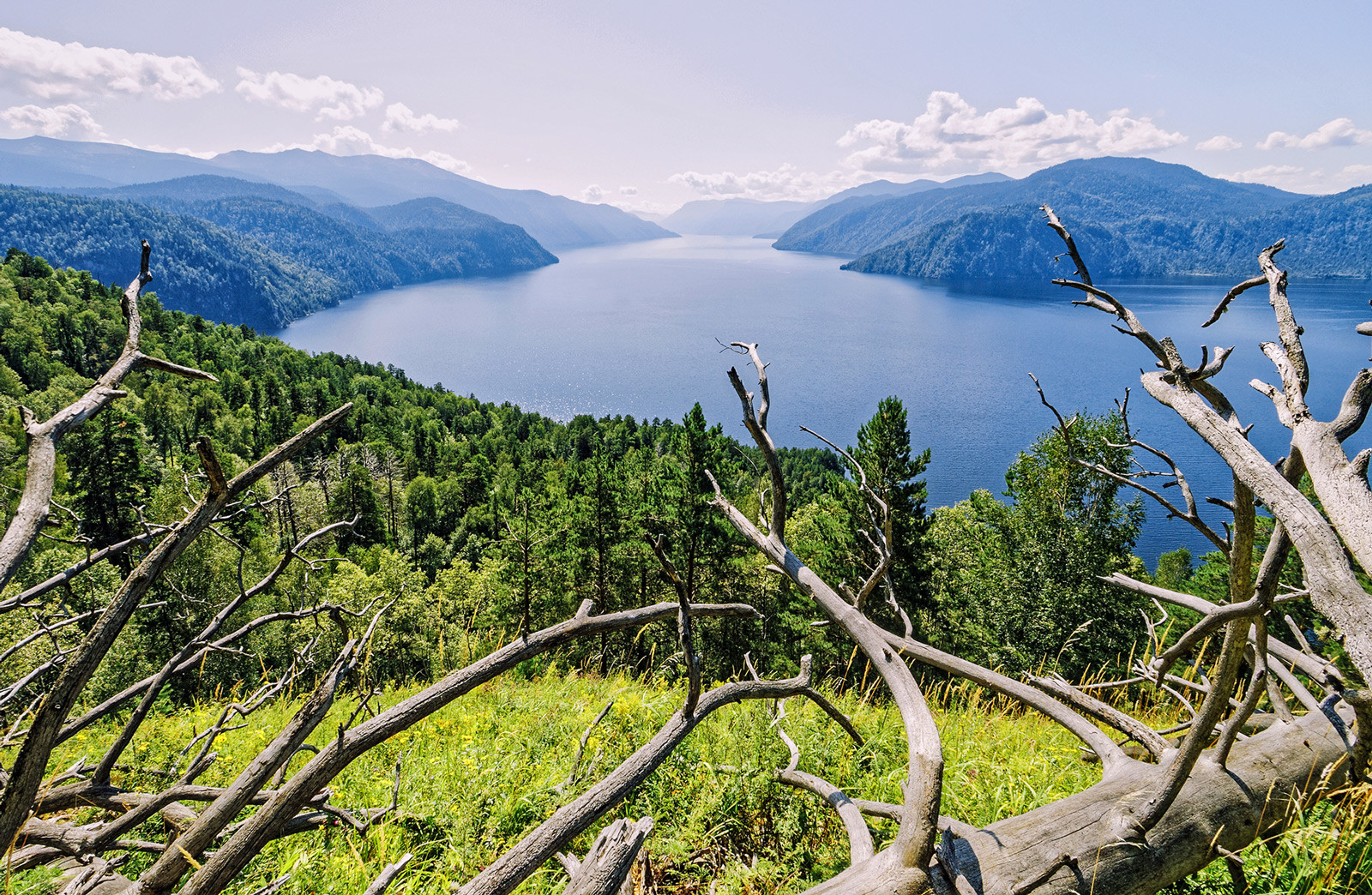 Another lake on the UNESCO list, a kind of small Lake Baikal, Lake Teletskoye is in the Altai Mountains. It is regarded as one of the most popular Altai tourist destinations. The lake has numerous islands, bays, caves and waterfalls, and its shores are dotted with picturesque conifers like cedar, silver fir, spruce and pine trees.

The lake's surface area is 86 sq miles. The River Biya - a tributary of the River Ob (which in turn flows into the Kara Sea) - originates here. And a huge number of rivers flow into it, the biggest of which - the Chulyshman - provides most of the lake's water. 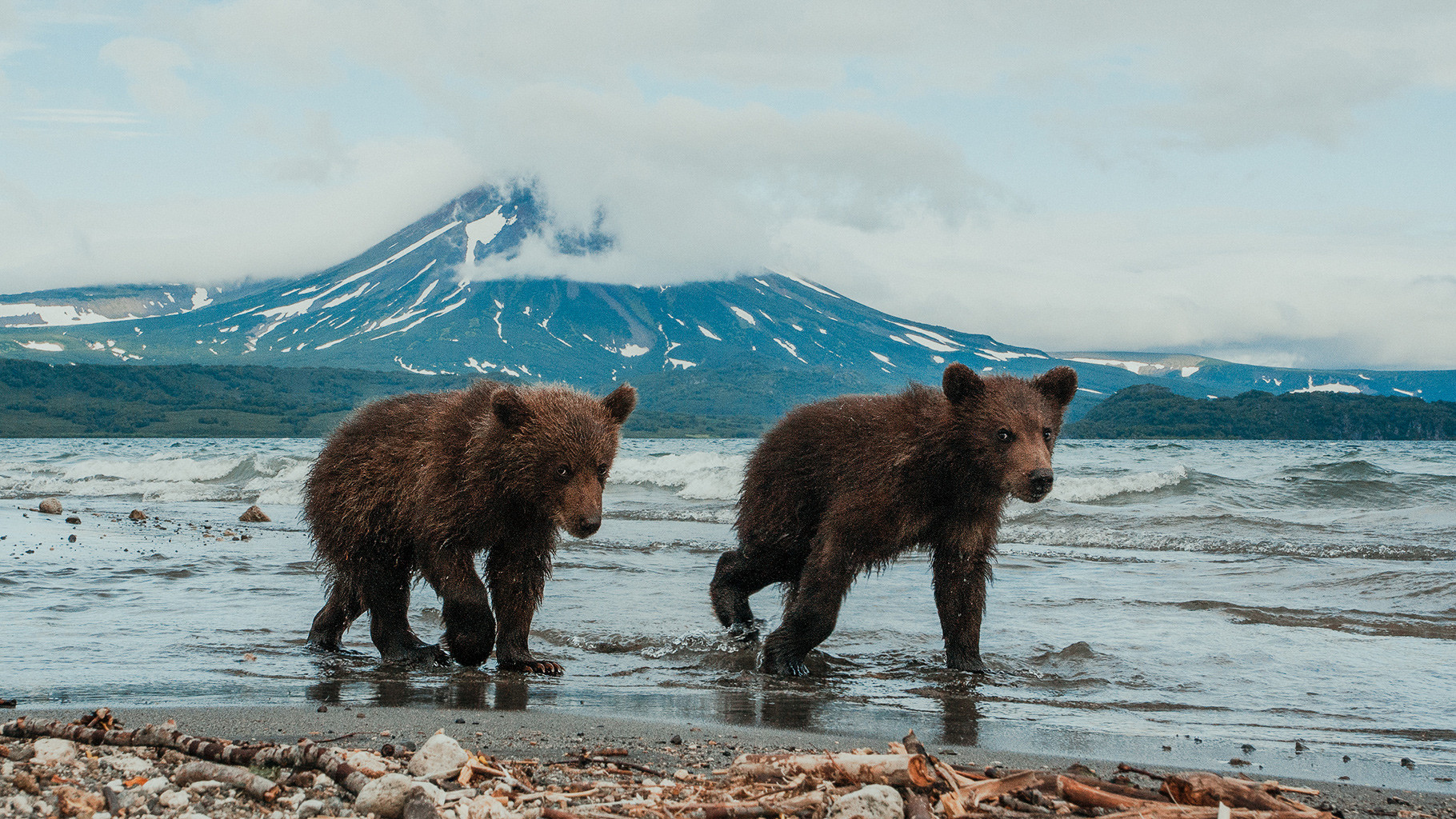 This rocky lake on the remote Kamchatka peninsula was formed in the caldera of one of its numerous volcanoes. The whole area is a wildlife sanctuary under UNESCO protection. The lake is the source of the River Ozernaya, which flows into the Sea of Okhotsk.

On the lakeshore there are hot mineral springs. You can meet a brown bear coming to fish here. Incidentally, large numbers of sockeye salmon spawn in Lake Kurile. 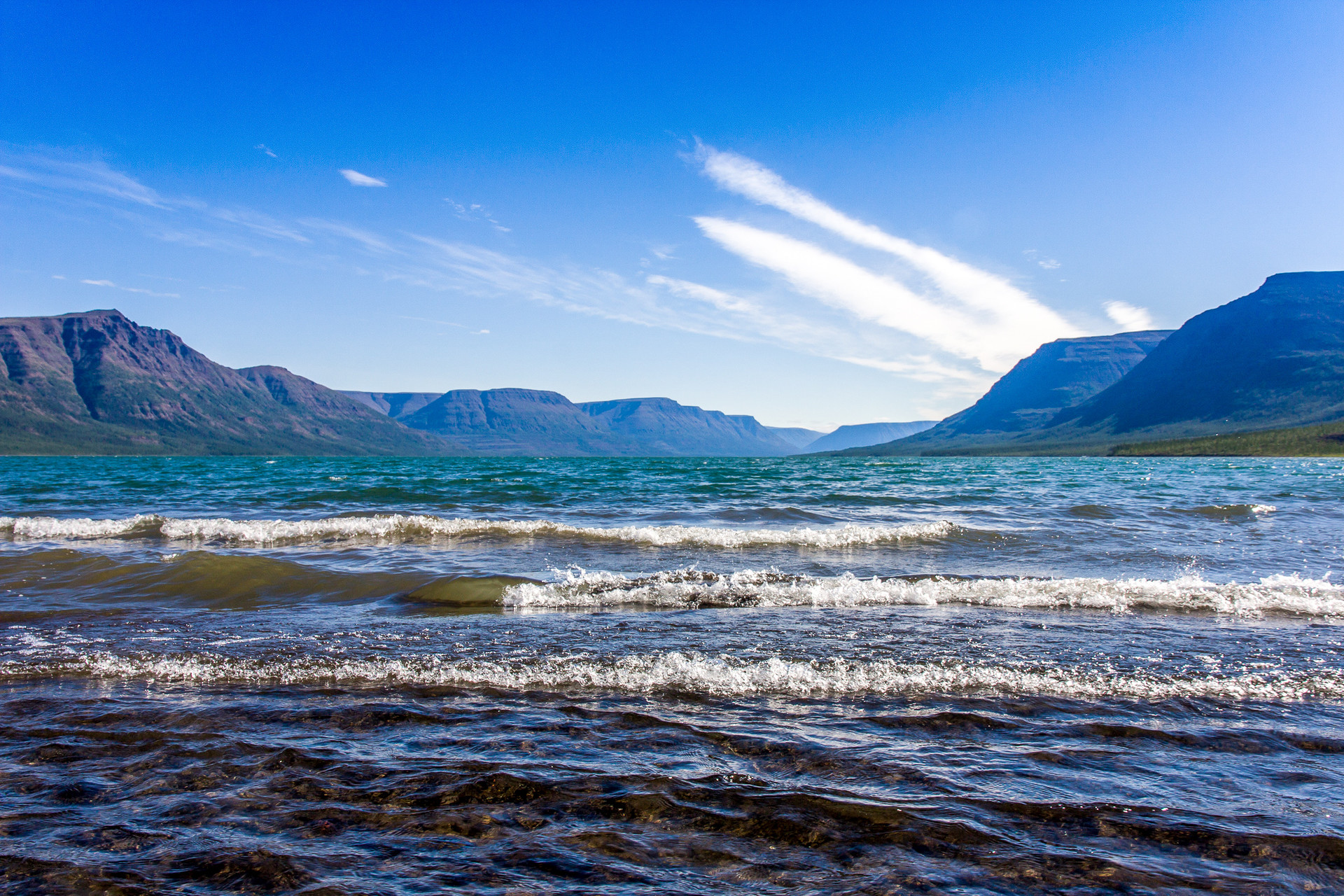 This lake of tectonic origin (i.e. it originated in the remote past as a result of a shift of tectonic plates) is situated 40 miles from the city of Norilsk beyond the Arctic Circle. It is in a unique and inaccessible place - the Putorana Plateau.

The depth of Lama has not been fully studied. Encyclopedia, Waters of Russia says that, according to some data, it reaches 682 ft and, according to other sources, it is over 985 ft and in some places may even reach 1,968 ft (if the latter is true, the lake would be the third deepest in Russia after Baikal and the Caspian). But the transparency of the water reaches a total of 23 ft! Admittedly, it is unlikely that you will take a dip in it - even in July the temperature of the water never gets above 6-7°C. 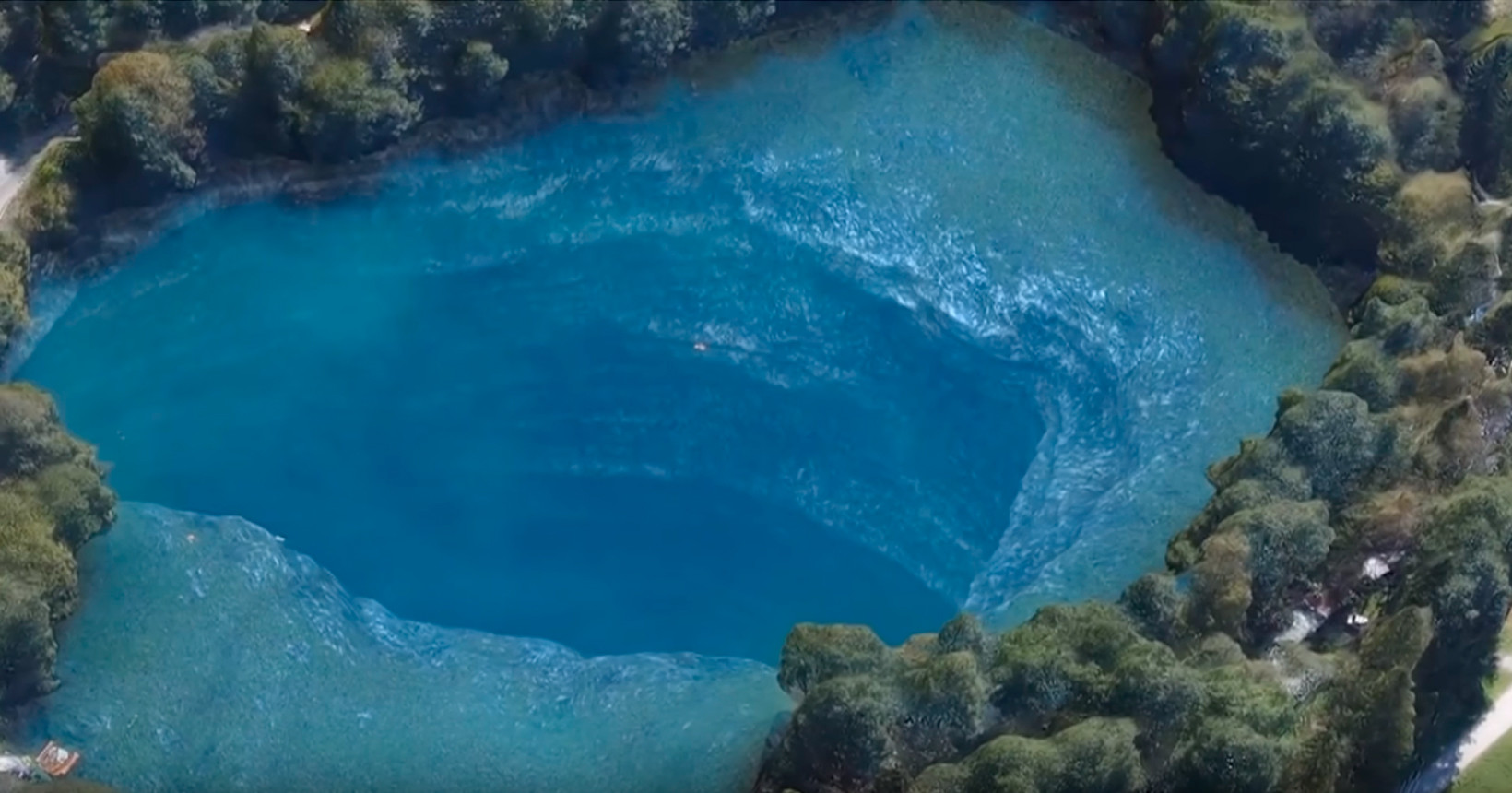 As a result of the collapse of limestone rock, five "karst" lakes appeared at once. The most picturesque among them, and the deepest, is Lake Nizneye Goluboye (Lower Blue).

This curious natural phenomenon is located in the Russian Republic of Kabardino-Balkaria in the Caucasus Mountains. In the local Balkar language (a Turkic language) Lake Goluboye is called Tserik-Kel, which means "rotten lake". The name comes from the unpleasant smell of hydrogen sulfide, which is present in the water. Hydrogen sulfide gives the water its aquamarine color and prevents fish from making a habitat here.

The lake's depth and that of all its underwater caves have not yet been fully investigated, and its history is full of myths - a defeated dragon, as well as the army of Alexander the Great and the cavalry of Tamerlane, allegedly drowned here. 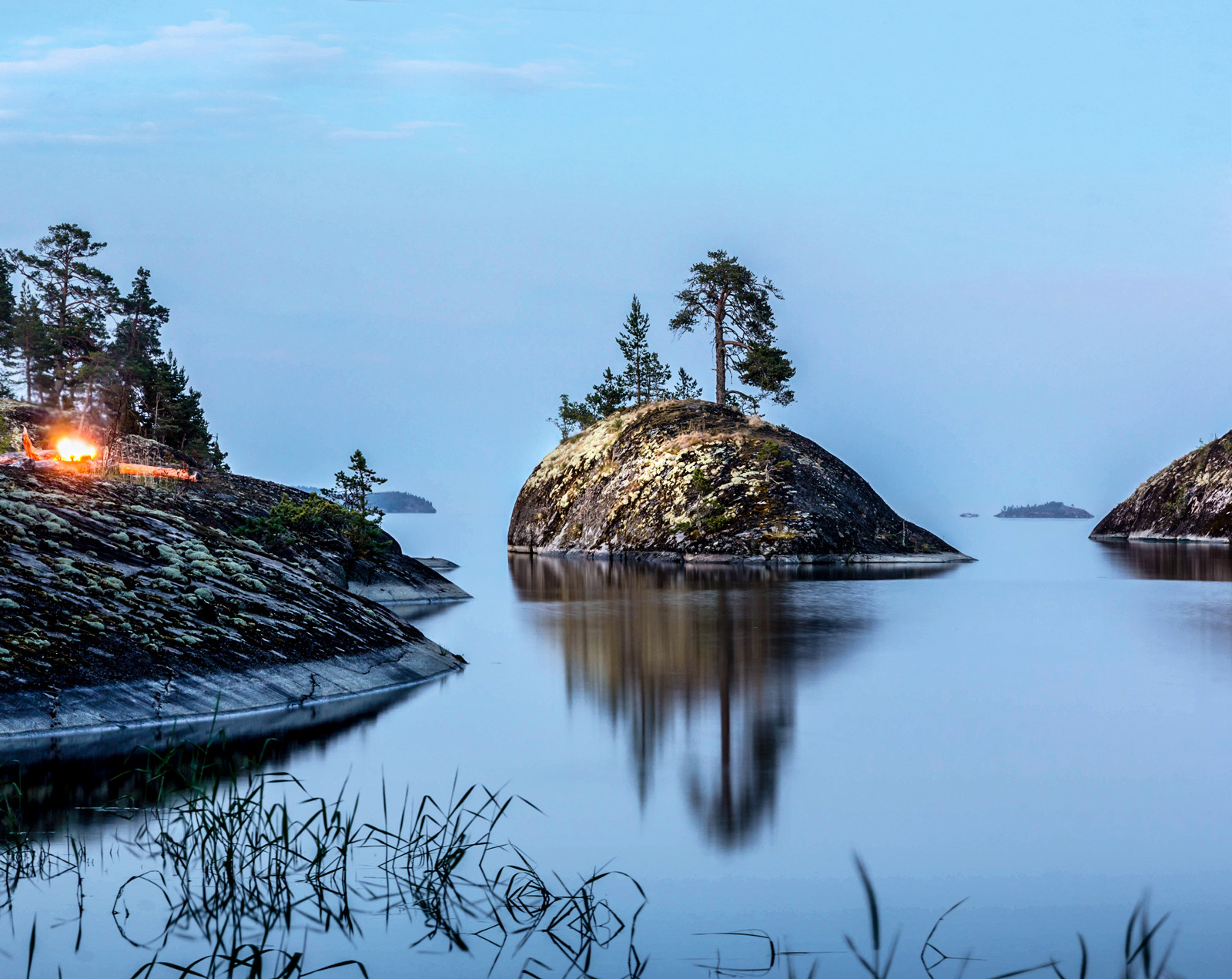 This is Russia's second biggest freshwater lake after Baikal (its surface area is 6,900 sq miles). Ladoga is shared by the Russian Republic of Karelia and the Arkhangelsk Region. St. Petersburg's best-known river - the Neva - starts from the lake and the water from Ladoga flows along the Neva into the Gulf of Finland.

The famous Valaam archipelago, a place of worship with its monasteries, hermitages and churches, is situated on Lake Ladoga. According to legend, the place was blessed by one of the Apostles of Jesus Christ, Saint Andrew.

During World War II, Ladoga became the "Road of Life": The ice-covered lake provided access from the opposite shore to Leningrad during the city's siege, making it possible to evacuate its residents.

Noyon-Khol is a lake of glacial origin and one of many in the Todzha basin, a lowering of the land between the ridges of the Sayan Mountains.

The lake is located in the Republic of Tuva, the land of shamans and ancient tundra. The Tuvans used to call princes noyons, so Noyon-Khol means Prince Lake.

There was a local legend that the lake had its own "Loch Ness monster" - a kind of black whale that leaves behind traces on the shore. We too don't understand how this is possible but a legend is a legend.