6 awesome places to visit in Kaluga & the surrounding region

Travel
Maria Stambler
Alisa Palagina
Sergei Bobylev/TASS
Is the hustle and bustle of Moscow starting to wear you out? Or are you thinking of adding something special to your Russia trip? A weekend - or longer - away is easy when Moscow has neighbors like the Kaluga Region (a mere 180km from the Russian capital) with lots of nature, culture, architecture, cosmonautics and great dining options. 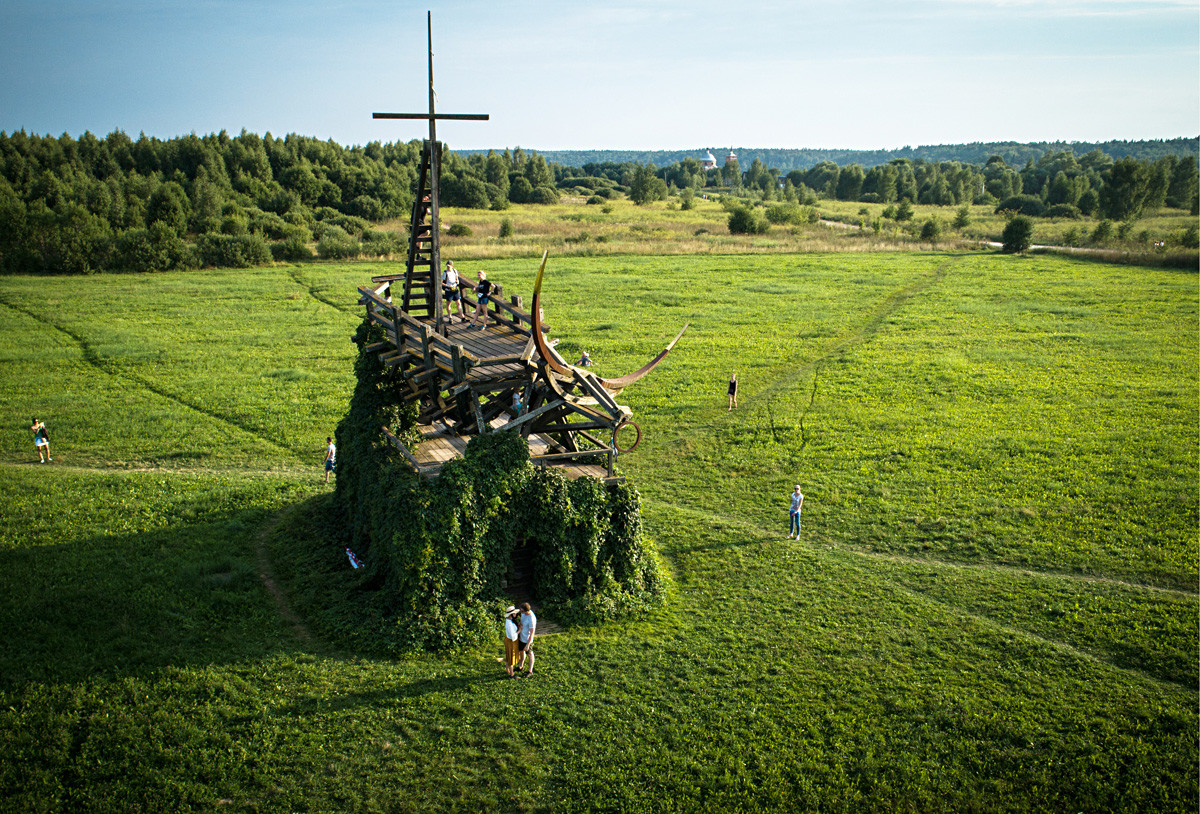 Nikola-Lenivets, a village in the Kaluga Region (220 kilometers south of Moscow), is a combination of seemingly uncombinable things: modern art objects, a traditional Russian landscape with meadows, rivers and fields - and crazy off-road driving!

Mostly located on the territory of the Ugra National Park, it has more than 30 land art objects that seamlessly blend into the woods and meadows. Many have managed to survive the summer heat, heavy rain and snow since the innauguable Archstoyanie festival in 2006, but some wooden art objects are slowly fading back into nature. And, of course, every summer new creations pop up around the territory.

There’s a lot of art in this area, covering 980 square kilometers, so here’s our pick of the top 7 art objects, as well as useful information for planning your trip! 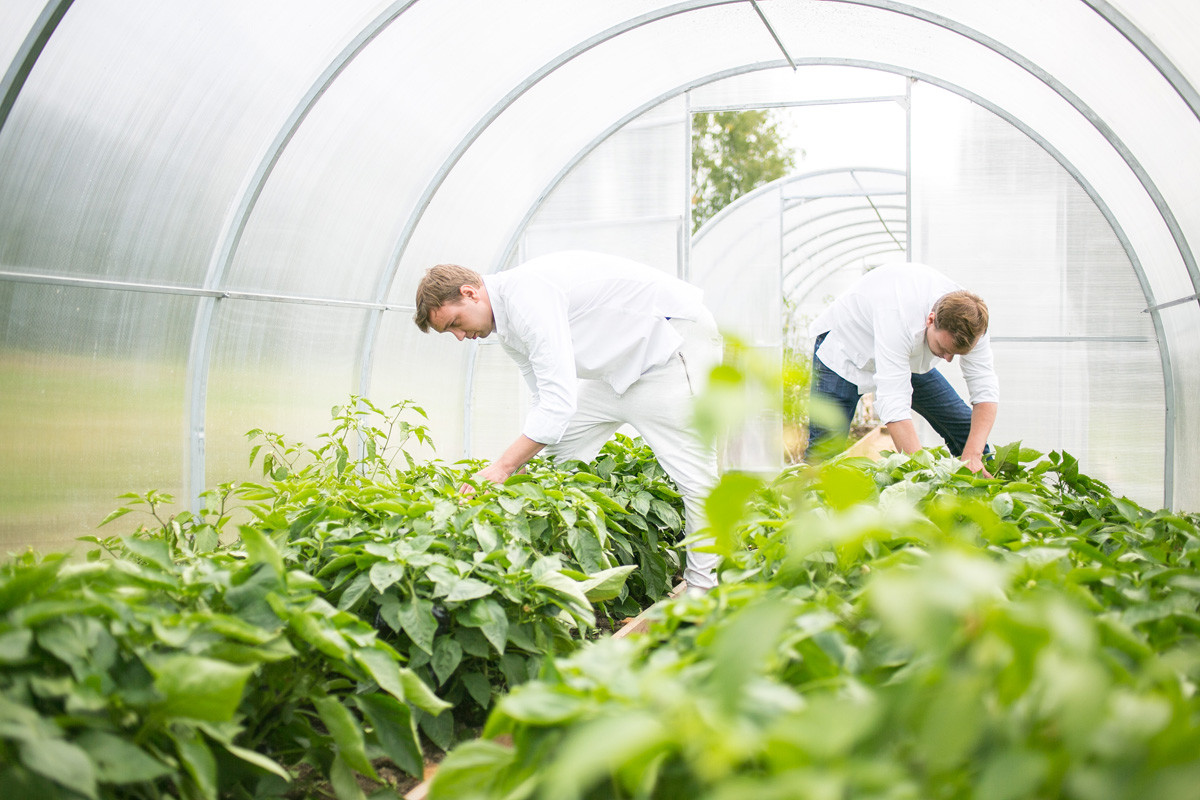 Sergey and Ivan Berezutsky, the dynamic duo pioneering new Russian cuisine at Twins Garden restaurant in Moscow, grew tired of the constant hunt for quality ingredients. So they teamed up with the Timiryazev Agricultural Academy (considered one of the country’s most respected) and bought a 50-hectare plot of land in the Kaluga Region, one of the most ecologically clean areas within a few hours’ drive of Moscow. Now, 70 percent of vegetables, fruits, dairy, meat, fish and herbs used to prepare dishes at Twins Garden come from the Kaluga farm, which gives the twins the chance to personally control every ingredient that makes its way to their kitchen.

Sergey and Ivan want to make agro-tourism a thing in Kaluga and are hoping to start with their farm. At the moment, there are some guest houses under construction, as well as infrastructure for this kind of tourism. Time your Kaluga visit with the harvest season (usually at the beginning of September), because that’s when the twins throw their annual “Garden” gastronomic bash at the farm. Over two days, trendsetting Russian and foreign chefs are invited to the farm to whip up something delicious out of the freshly picked produce in order to show guests that seasonality is the way to go. While the chefs prepare, guests are encouraged to explore the farm, take part in the harvest, go fishing and enjoy the great outdoors.

3. Tsiolkovsky State Museum of the History of Cosmonautics 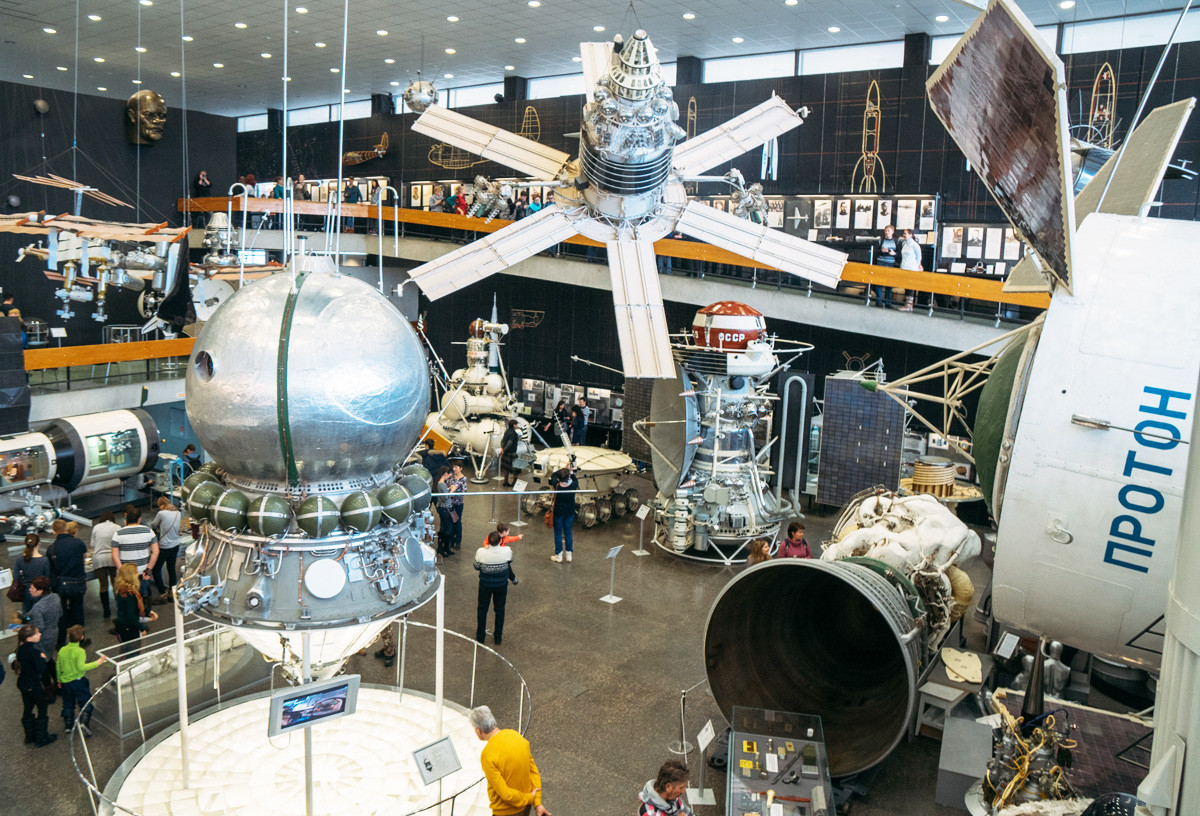 The first museum in the world dedicated to the history of space exploration – and the largest one in Russia to this day – opened its doors in Kaluga in 1967. It was in this city that the great scientist Konstantin Tsiolkovsky spent his most productive years and here where he described and proved the need to build multi-stage rockets.

The museum, which itself is an architectural monument and somewhat resembles a spaceship, boasts unique items connected with the development of cosmonautics. There’s also a prototype of the legendary MIR space station and visitors can also see with their own eyes a duplicate of the Voskhod rocket – the very same rocket that took the first man to space. Don’t forget to visit the planetarium, which from the outside resembles a huge steel sphere sticking out of the ground – almost like a UFO that crash landed on Earth!

In 2018, the museum got a major facelift and was expanded. The museum complex is situated atop a hill from which you get sweeping views of the Oka River, the water reservoir and the sprawling local pine tree forest.

4. Wild forest, cycling and wake surfing - right in the city 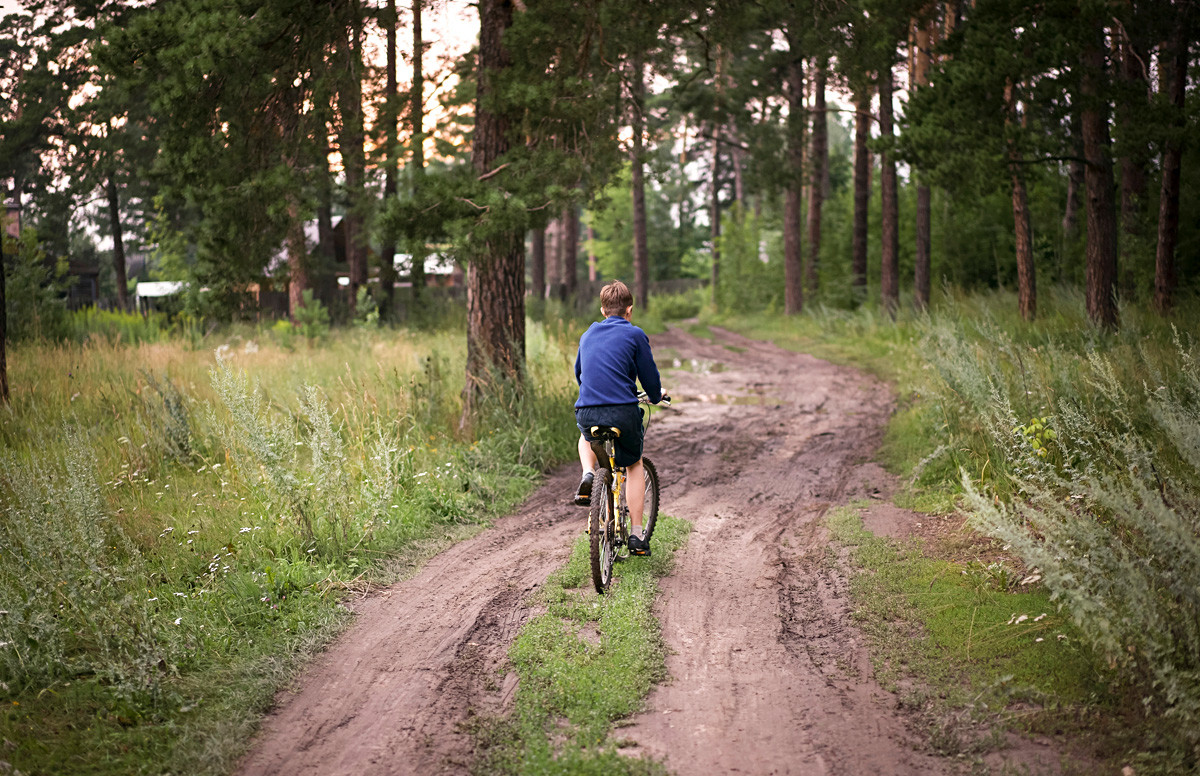 If you’ve never seen a wild forest like the ones depicted in traditional Russian fairy tales, then this is the place to visit. The Kaluga forest has kept its territory from the 17th century and the average age of its trees is 180-200 years (some are even as old as 300). It’s unique, because one side of the forest borders a water reservoir and together they comprise a wonderful recreational zone. There’s also a legend that back in the old days, False Dmitry II – the imposter who had his eyes on the Tsar’s throne – hid in these woods and was killed here during a rabbit hunt.

Today, this is a great place for strolling and cycling. There are routes of various lengths and difficulties – 4, 10 or 16 kilometers – so pick the one most comfortable for you and start exploring! Enjoy unbelievably clean air, encounters with squirrels and bird songs – there’s no better way to let your body and mind unwind after busy city life. If exploring on foot is not your thing, simply rent a bicycle for 100 rubles (ca. $1.50) for the entirety of your adventure. And for those who need an extra adrenaline kick, some 350 meters away from the shores of the woods there’s a wake surfing station that works from the beginning of May until late October. All you have to bring is your desire to shred some waves, everything else is available for rent! 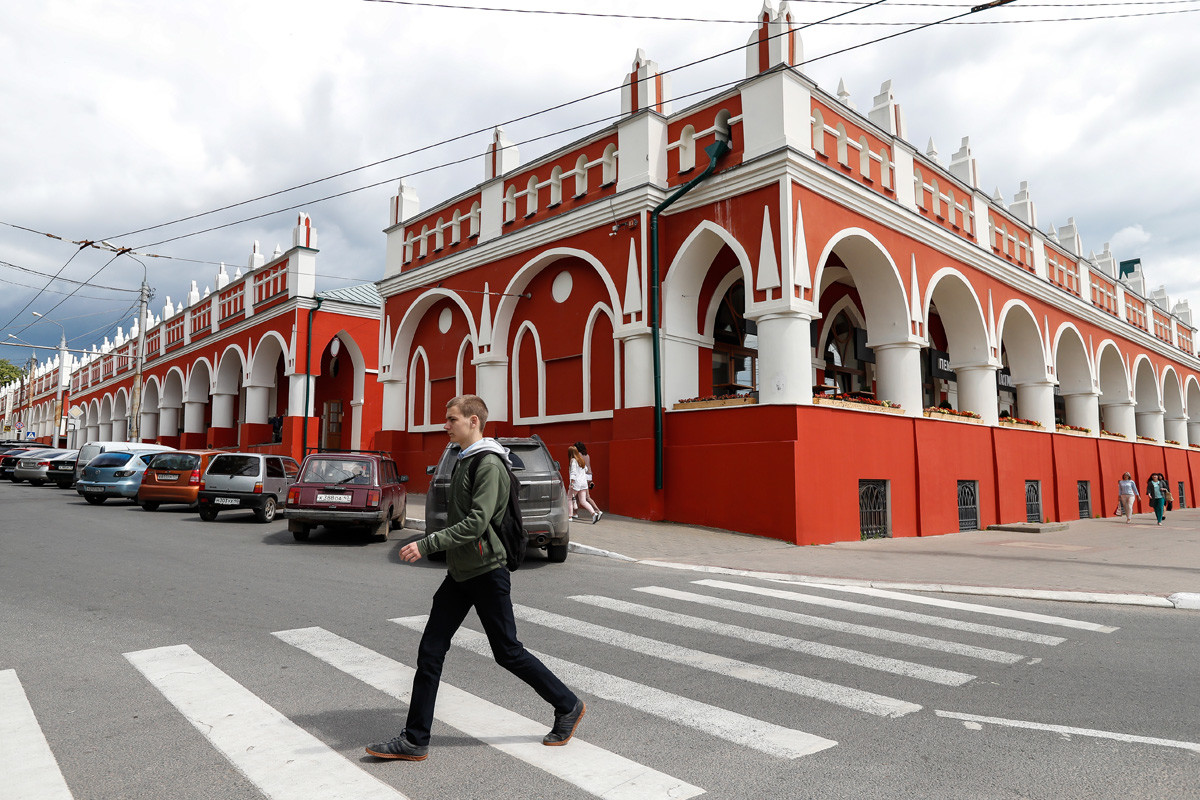 In Kaluga, time travel is easy. There’s a Gostiny Dvor (traditional Russian trading stalls) in the very center, which was built in the 18th century and is one of the few remaining examples of the so-called Naryshkinsky Baroque architectural style in Russia. A few blocks away you’ll find Voskresenskaya Street, a cute, small street that will teleport you to the beginning of the 20th century, when Kaluga was in its heyday, thanks to merchants’ activities. Here you won’t find a single modern or even Soviet building; since1983, the “red line” of the city (the façade part of the buildings) is under strict protection and only restoration works to return the buildings their historic appearance are allowed. In the 18th and 19th centuries, these gorgeous and luxurious mansions were the homes of rich merchants and nobility; today, they house educational establishments. In the spring, the air becomes especially sweet when the apple and pear trees begin to bloom in their courtyards.

To return back to the 21st century, just step into the mansion that is home to one of the trendiest hottest drink and food spots in town – the Chastnaya Praktika resto-bar. The founders managed to create a sleek and modern interior inside the old mansion and as for the food and cocktails – you’ll have to experience that for yourself! 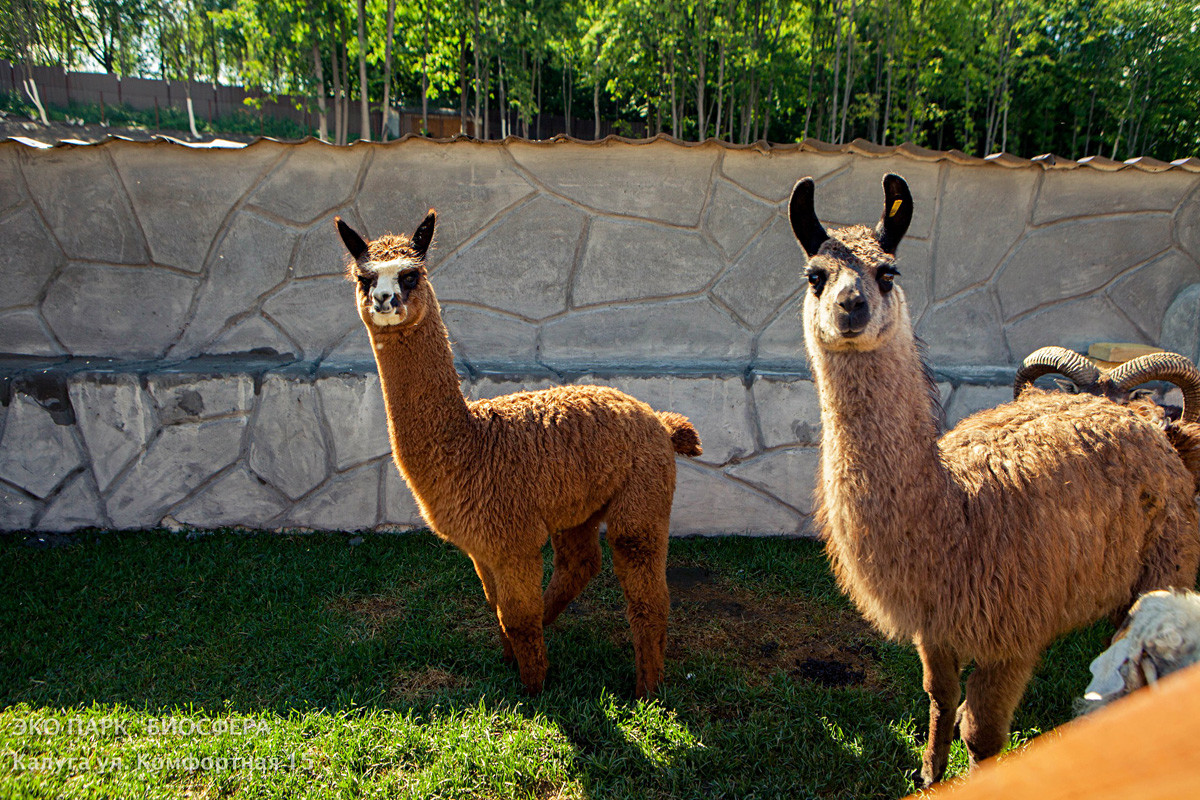 On the right bank of the Oka River – opposite the central part of the city – you will find the recently opened Biosfera complex. This is a park with animals, rides and a restaurant. The animals are not kept in cages, but roam around freely. Visitors can observe llamas, camels, bison, ostriches, peacocks and others from above, thanks to a system of raised pathways. That way you can get close to the animals without disturbing them. It’s also home to Russia’s largest falcon park, where some 30 birds of prey live.

Just recently, seals and sea lions were brought to a special pool - and have since provided visitors with a total cuteness overload! There’s also a large ferris wheel on the park’s territory and for just 200 rubles ($3) you can see Kaluga as if it’s in the palm of your hand. Finally, recharge your batteries at the restaurant in the company of swans and flamingos that live right there in the pools and on the little meadows nearby!