Travel
Russia Beyond
Ramil Sitdikov/Sputnik
After Soviet leader Nikita Khruschev saw Heathrow airport in London, he decided to build the same in Moscow. We’ve put together some key moments in the history of Russia’s largest airport.

1. On August 11, 1959, the first Tu-104 with passengers from Leningrad arrived at Moscow’s Sheremetyevo airport. The following day, Soviet newspapers officially announced the opening of a new airport in the capital. 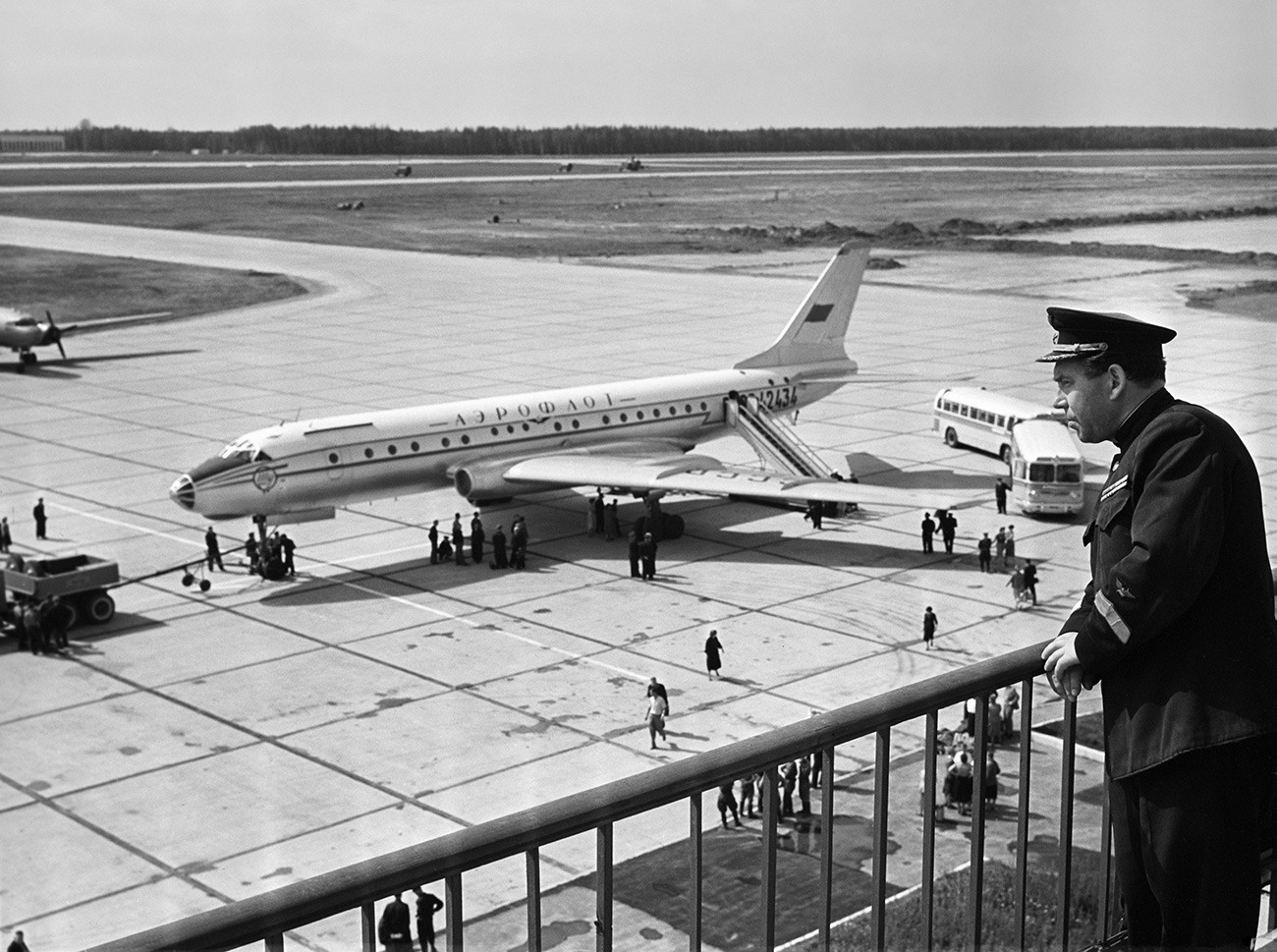 The Tu-104B plane landed in Sheremetyevo.

2. Sheremetyevo was initially built on the site of the former Chashnikovo military airfield, which had only opened in October 1957. However, the Soviet Air Force was forced to leave this location. 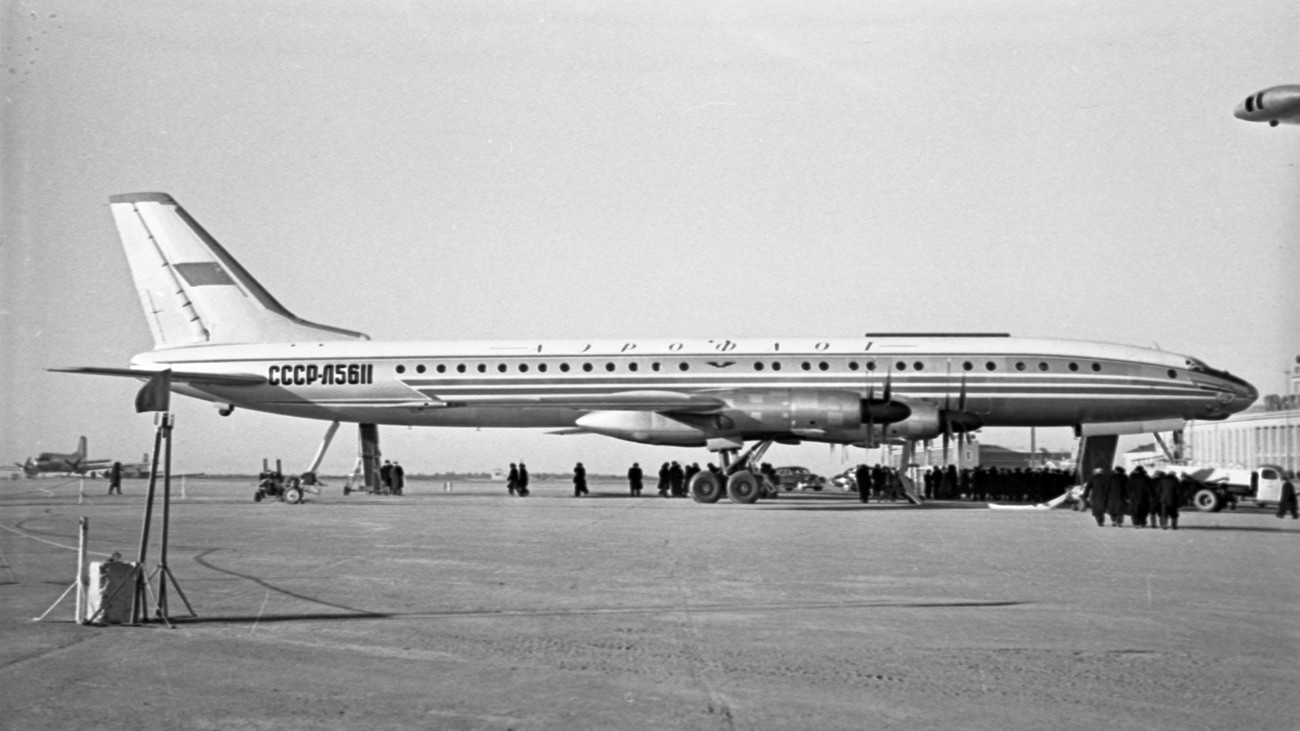 3. According to rumors, it was Soviet leader Nikita Khrushchev who decided to build an airport in Moscow like London’s Heathrow after his visit to the UK, and in August 1959, this airfield was reassigned to civil aviation. 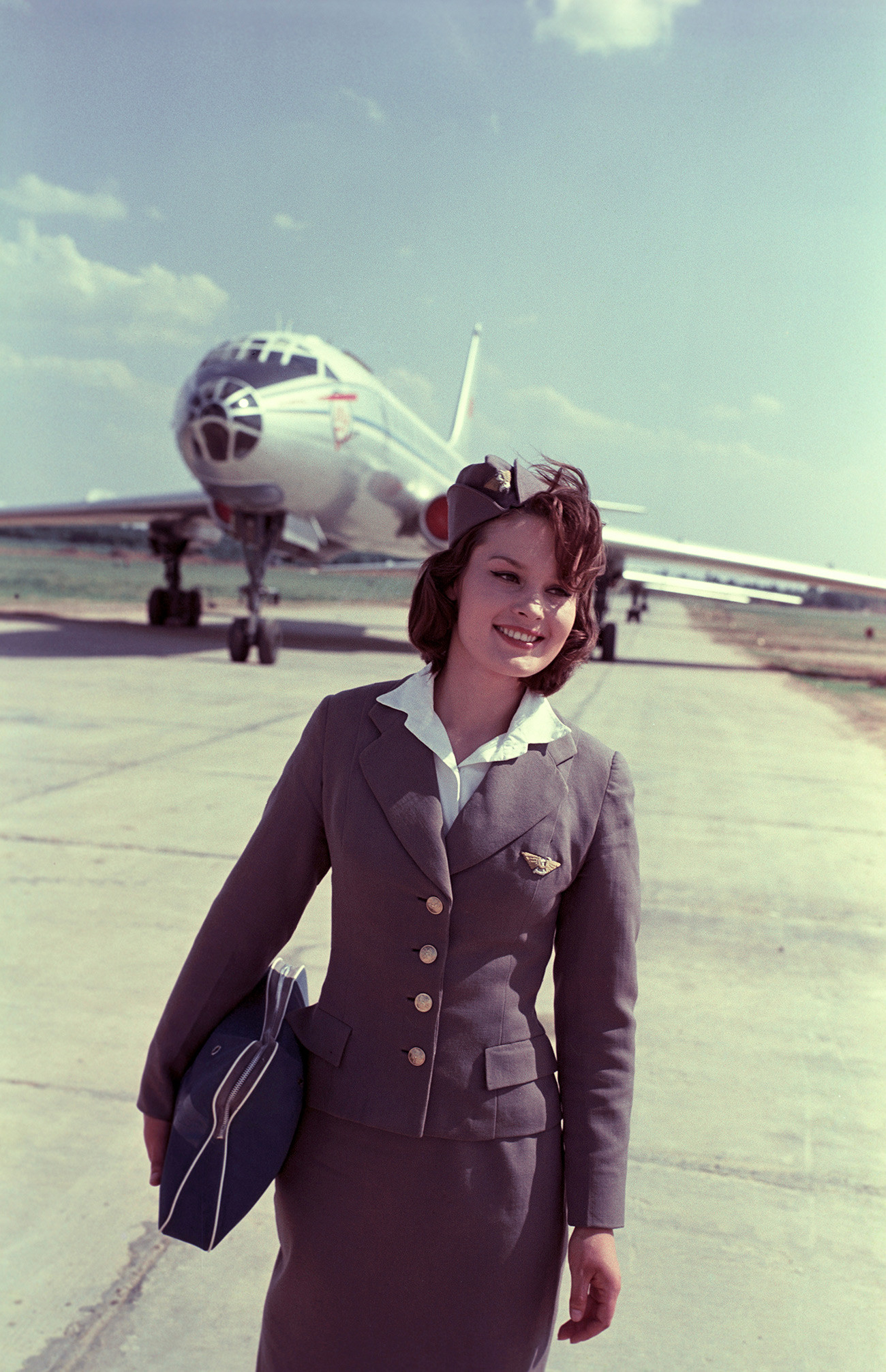 4. During its first year, Sheremetyevo received more than 50,000 passengers, including athletes, international celebrities, and top officials. 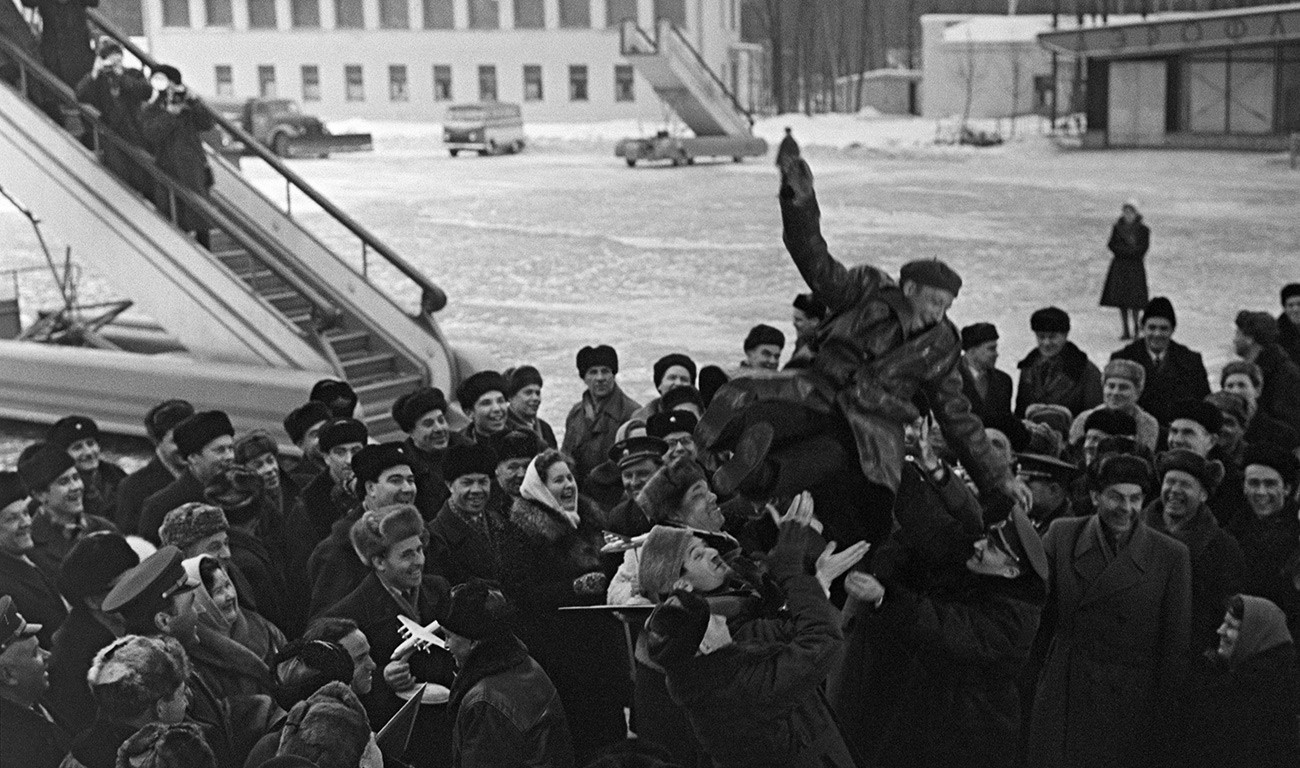 The arriving of the Soviet crew from Antarctica, 1962.

5. In June 1960, the first international flight left the airport for Berlin-Schönefeld. A couple of years later, they launched flights to Cuba, Mexico, Argentina and Australia. 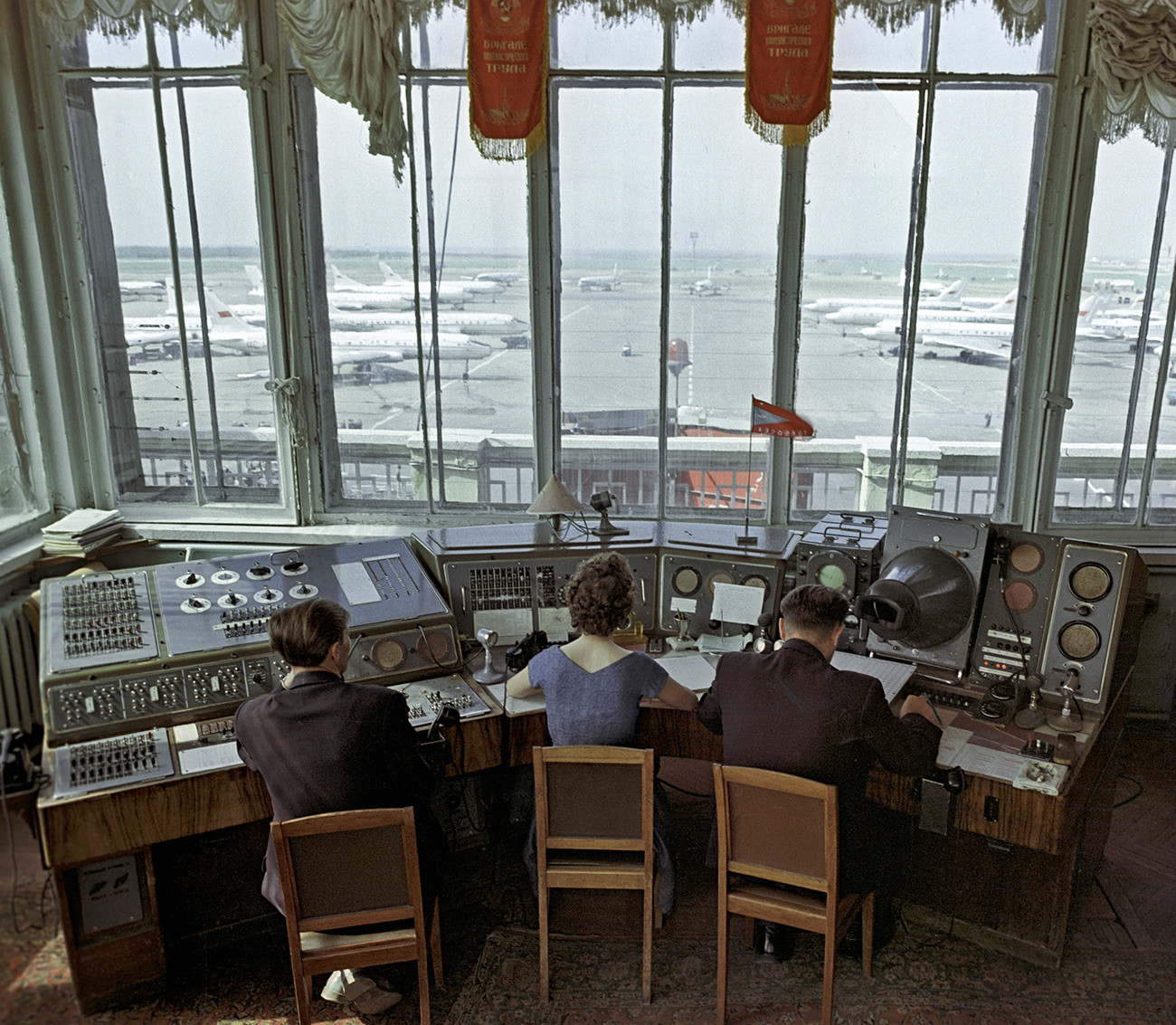 6. At the same time, Sheremetyevo opened the Berezka (Birch) store, the “father” of modern Duty Free, where it was possible to buy goods inaccessible to the majority of Soviets for foreign currency. 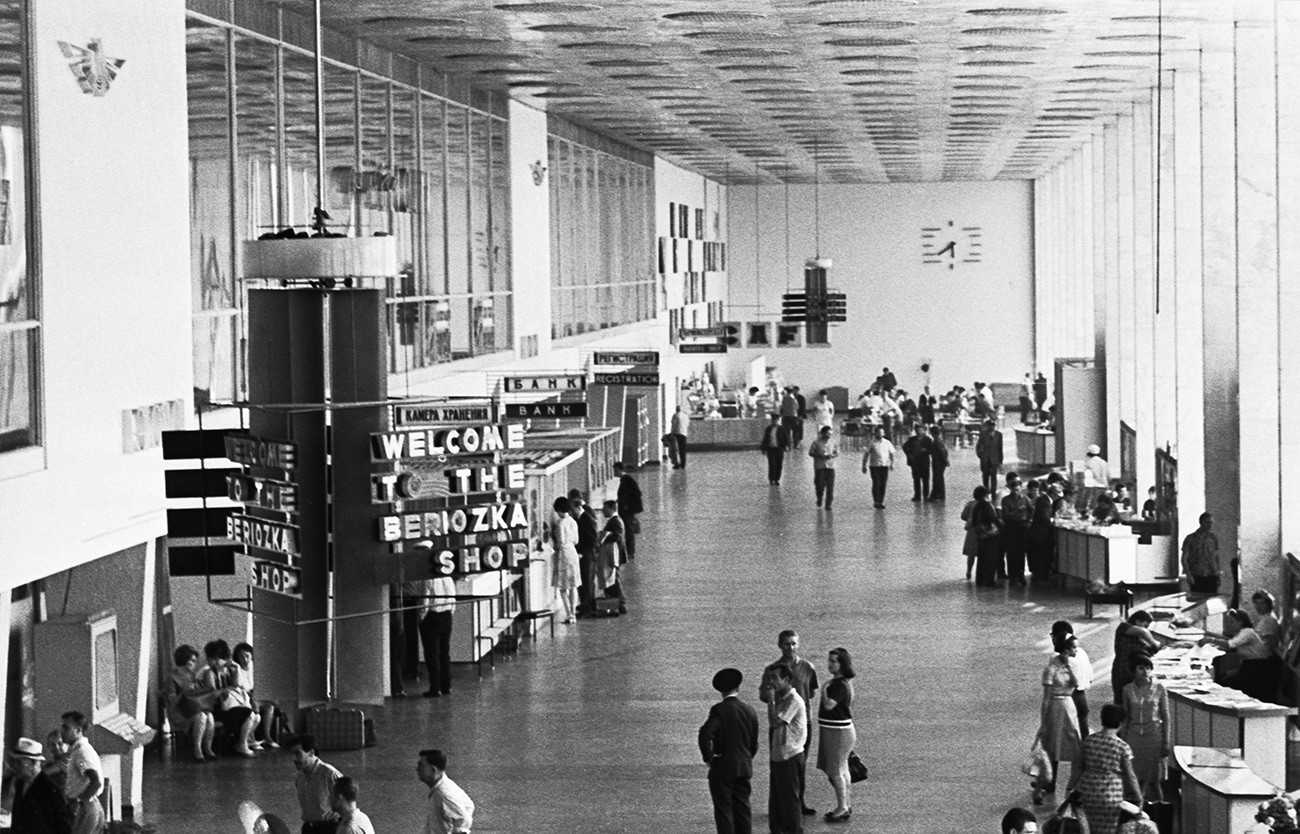 7. In 1964, a new terminal B nicknamed "glass" was opened, because of its original appearance. This round building was one of the most impressive architectural designs of the time. 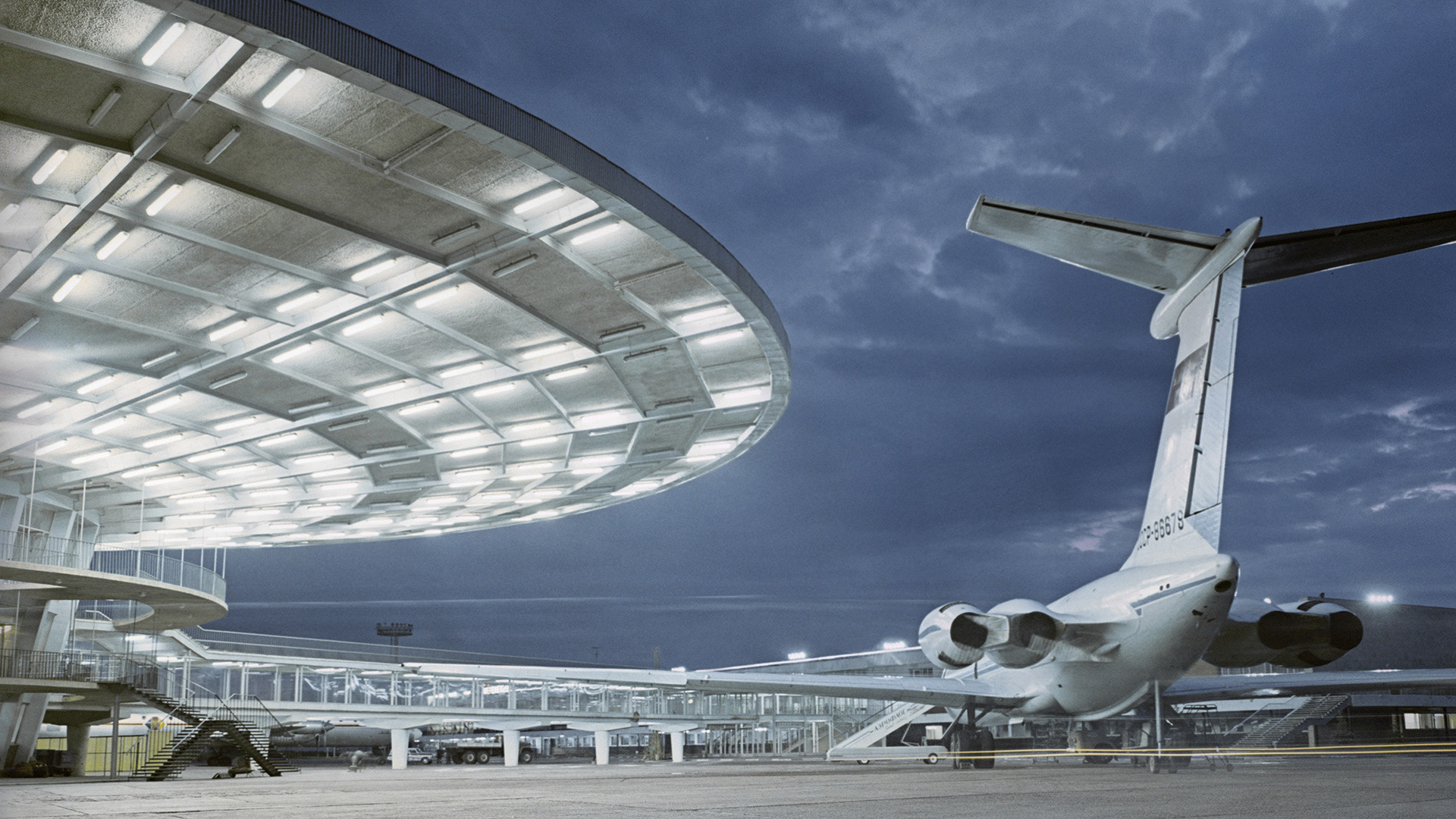 8. In the 1970s, Aeroflot launched several experimental flights from Sheremetyevo on the supersonic liner Tu-144, a competitor to the French/UK Concorde. There were flights to Prague, Warsaw, Berlin, Sofia, and Tashkent. But with its huge fuel consumption and several technical disasters, it was decided to decommission the aircraft. 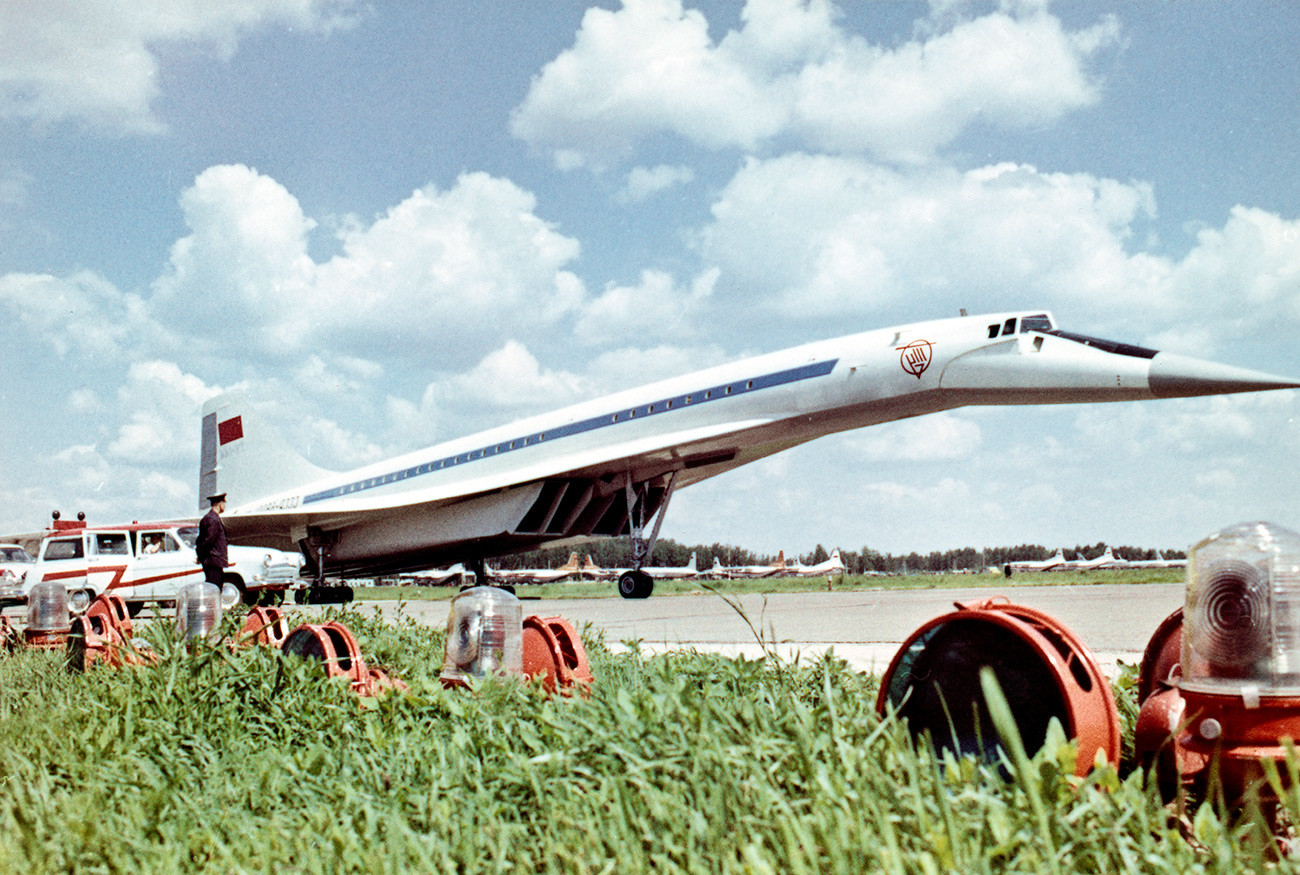 9. In 1980, when Moscow was waiting for Olympic athletes from all over the world, Sheremetyevo opened a new international terminal (today, Terminal F), build by Soviet-German constructors. During the month-long games, this new terminal received more than 460,000 foreigners. 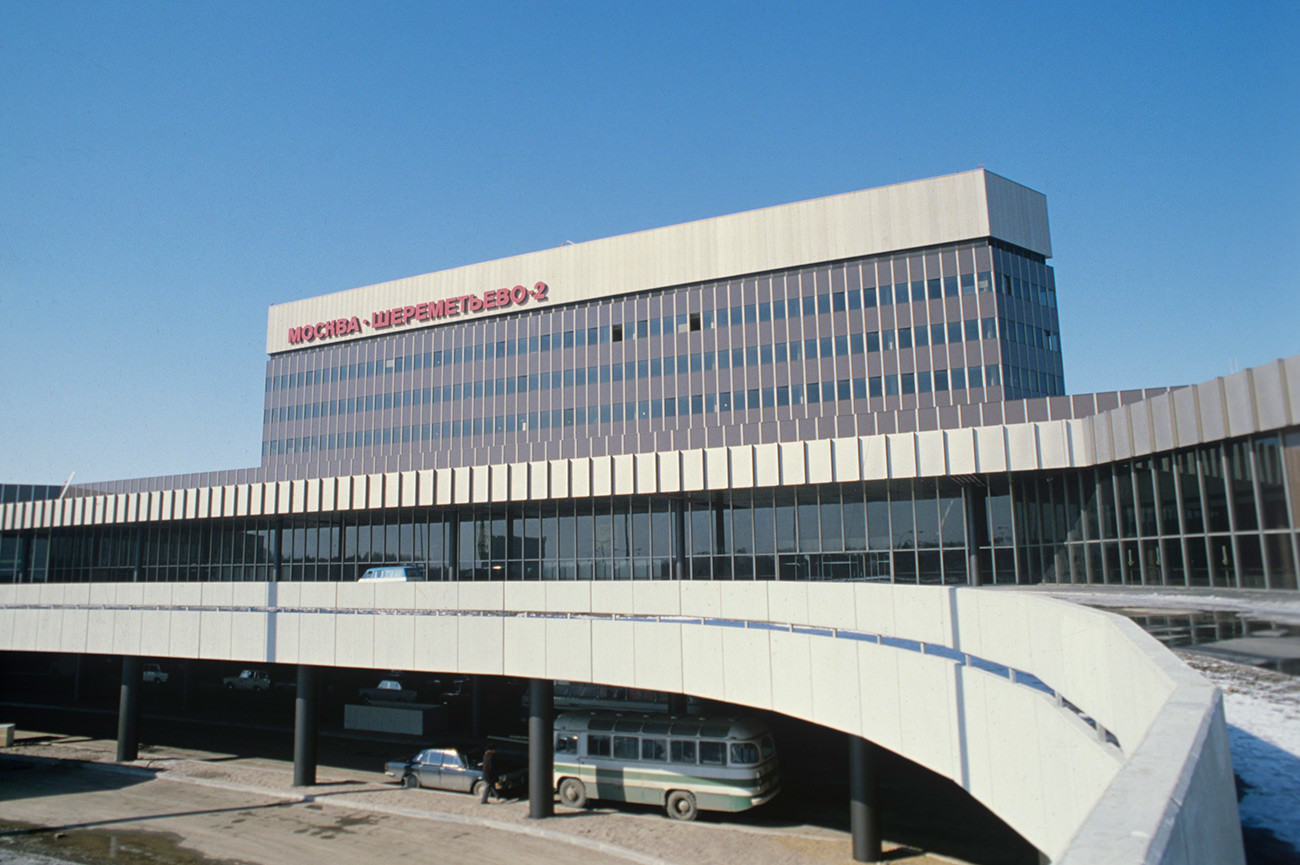 The new terminal of Sheremetyevo-2.

10. By 1985, the annual passenger traffic in Sheremetyevo had exceeded 3.5 million, while Soviet aircraft were already flying to 97 countries. 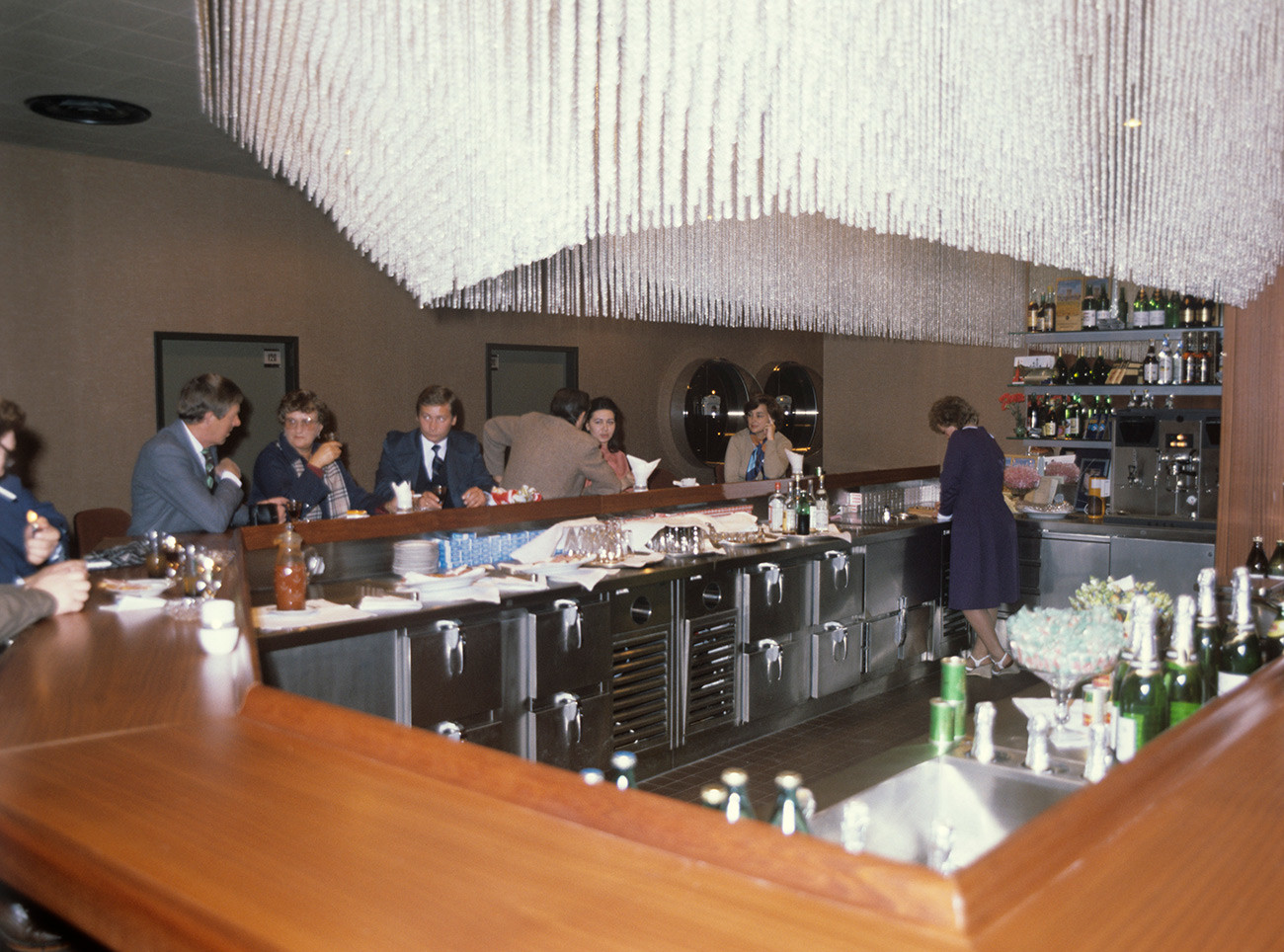 11. In the 1990s, the airport opened a business terminal (Terminal A) for private aviation, which includes a helipad and aircraft hangars. 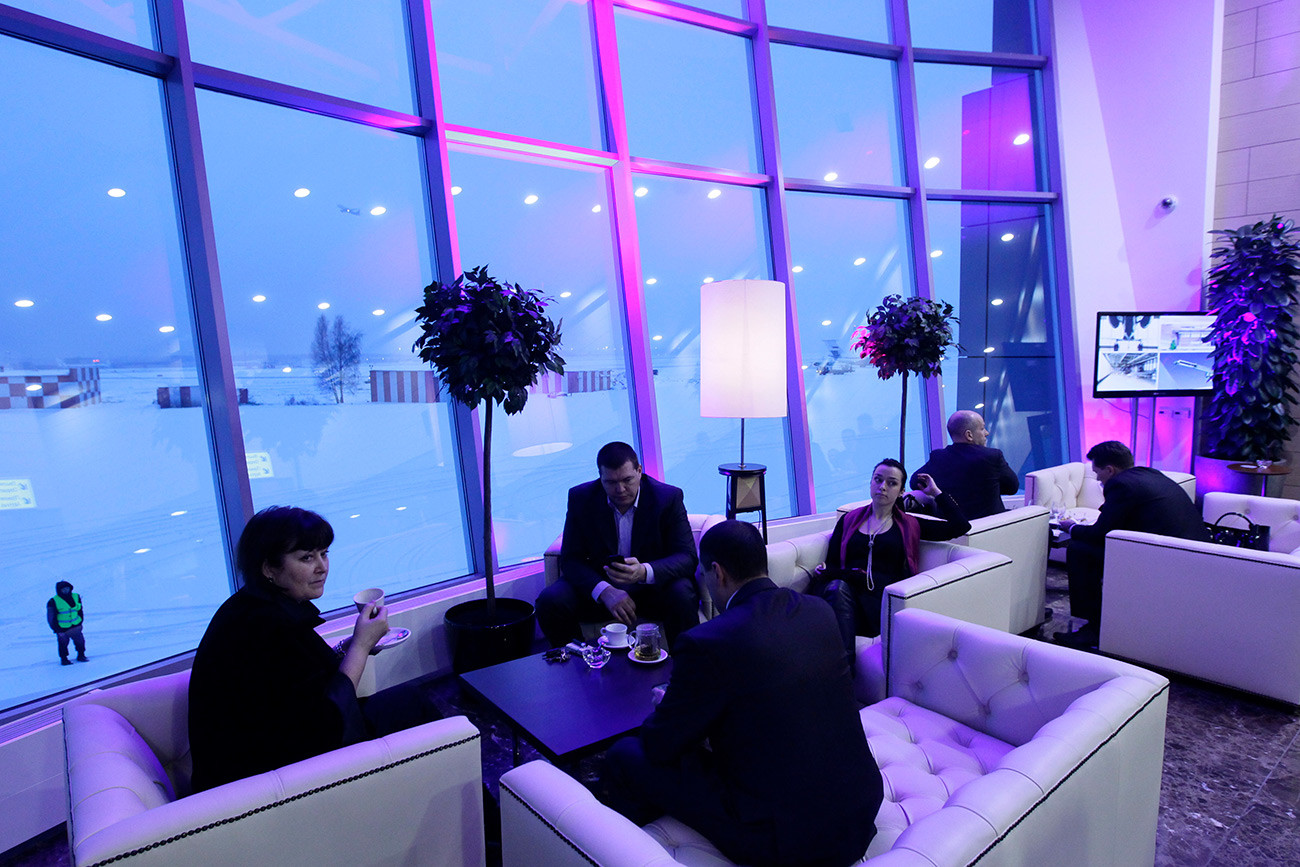 Terminal A for business aviation. 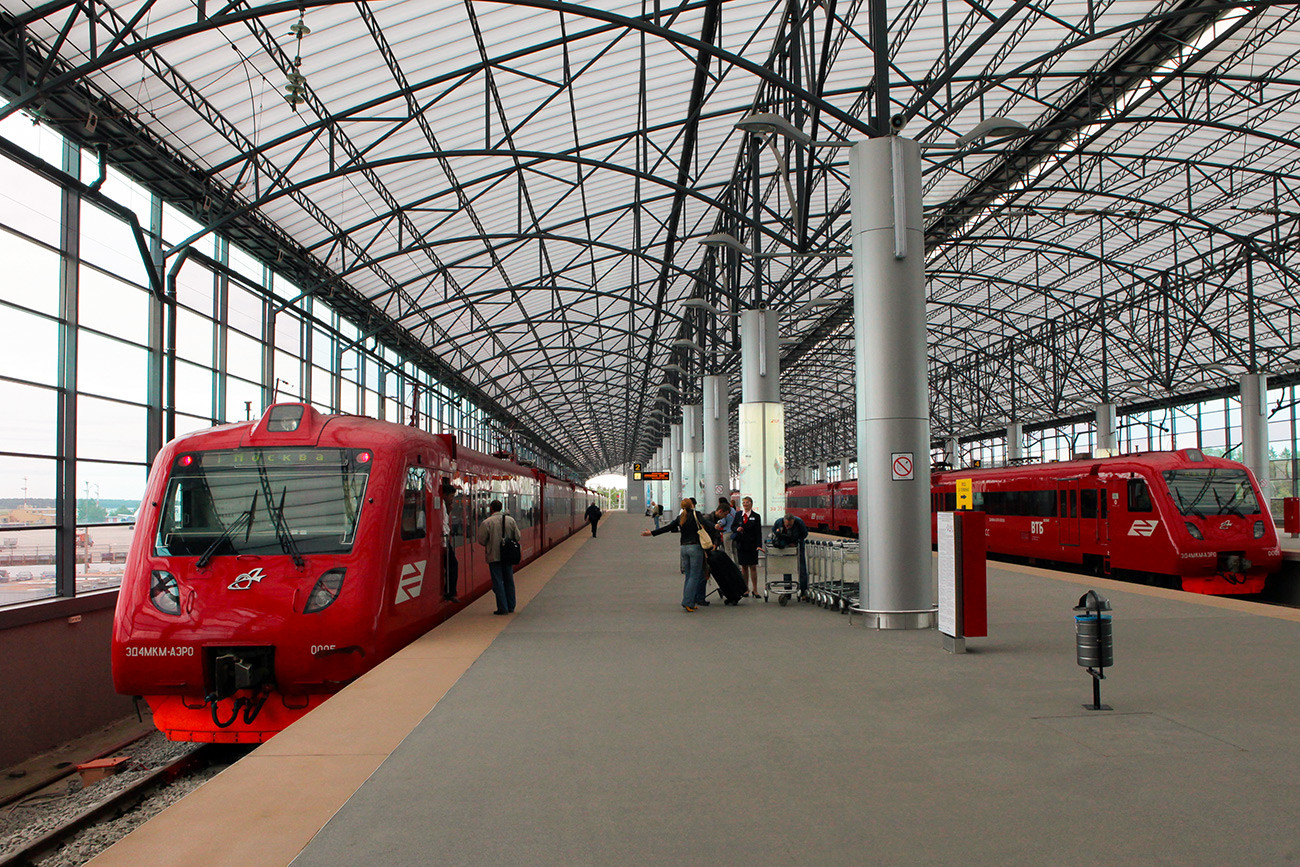 The railway station at the Sheremetyevo airport.

13. Last year, Terminal B, designed with 1930s motifs, was opened in place of the demolished “glass” terminal. You can get there via a moving walkway from Terminal D. 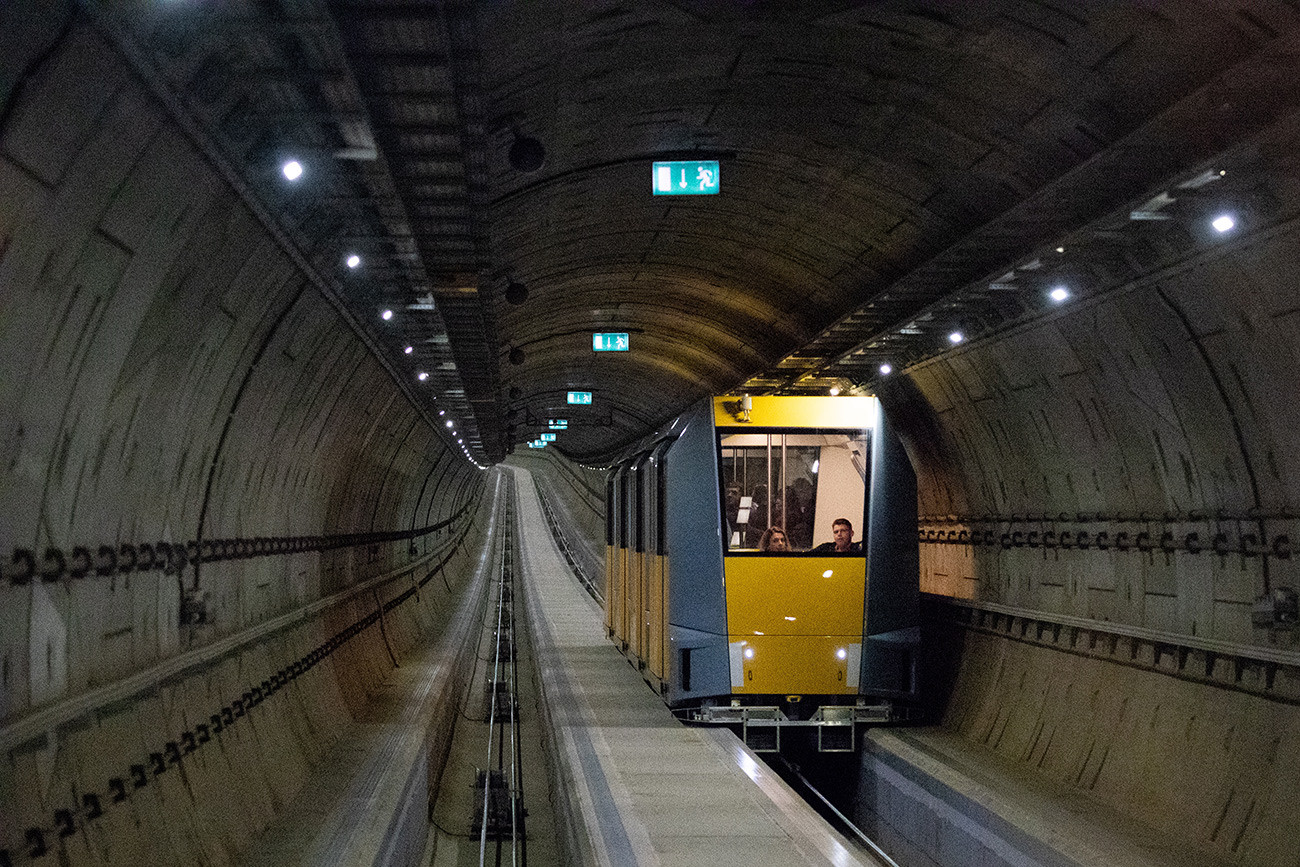 A driverless shuttle to the terminal B.

Interestingly, you can see unusual Sulimov breed service dogs, a Russian jackal-dog hybrid, patrolling the new terminal. They were bred specifically for working at the airport! 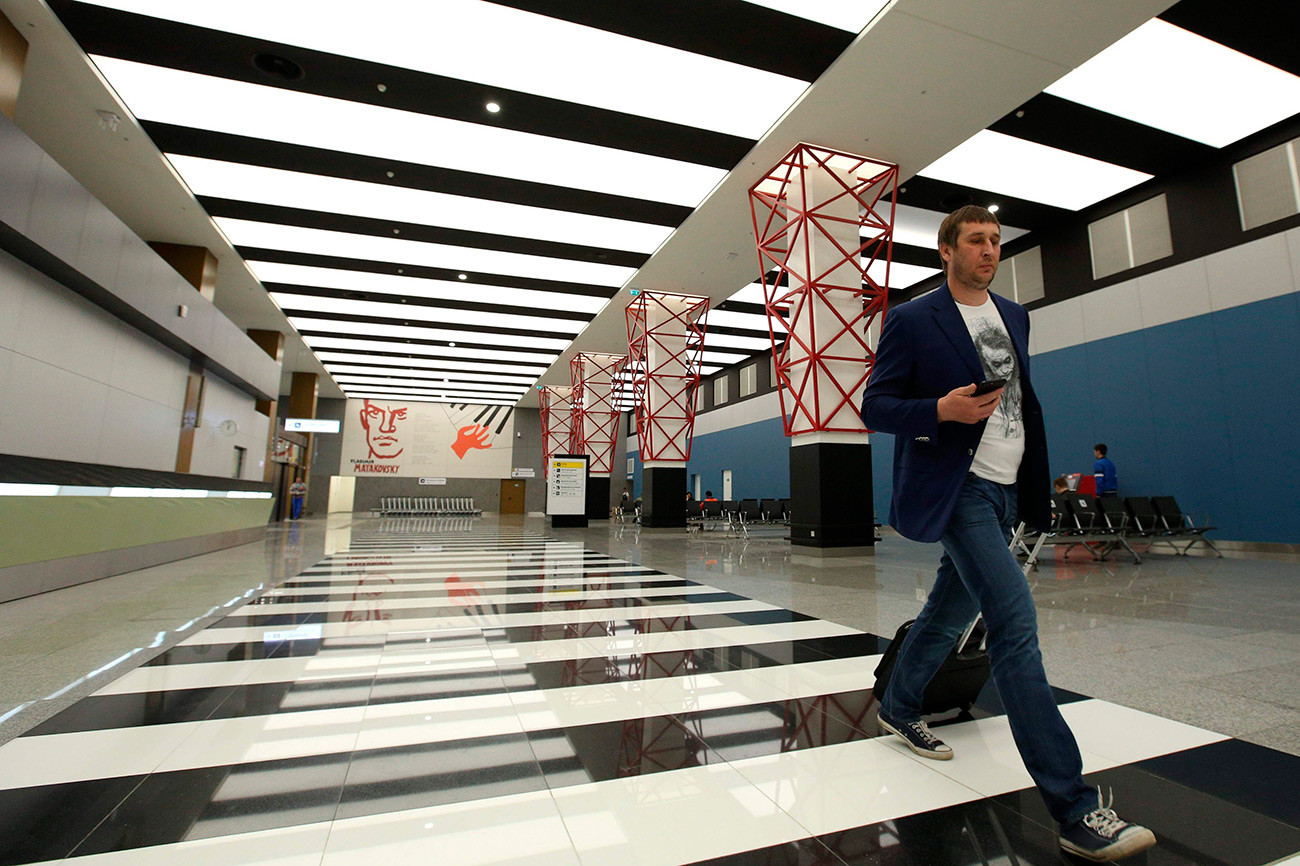 14. Today, the Moscow airport has also been named after famous poet, Alexander Pushkin, and transports more than 40 million people annually. And it’s considered one of the best in the world: the most punctual flights, the fastest Wi-Fi and the most convenient to navigate, to name just a few of its advantages. 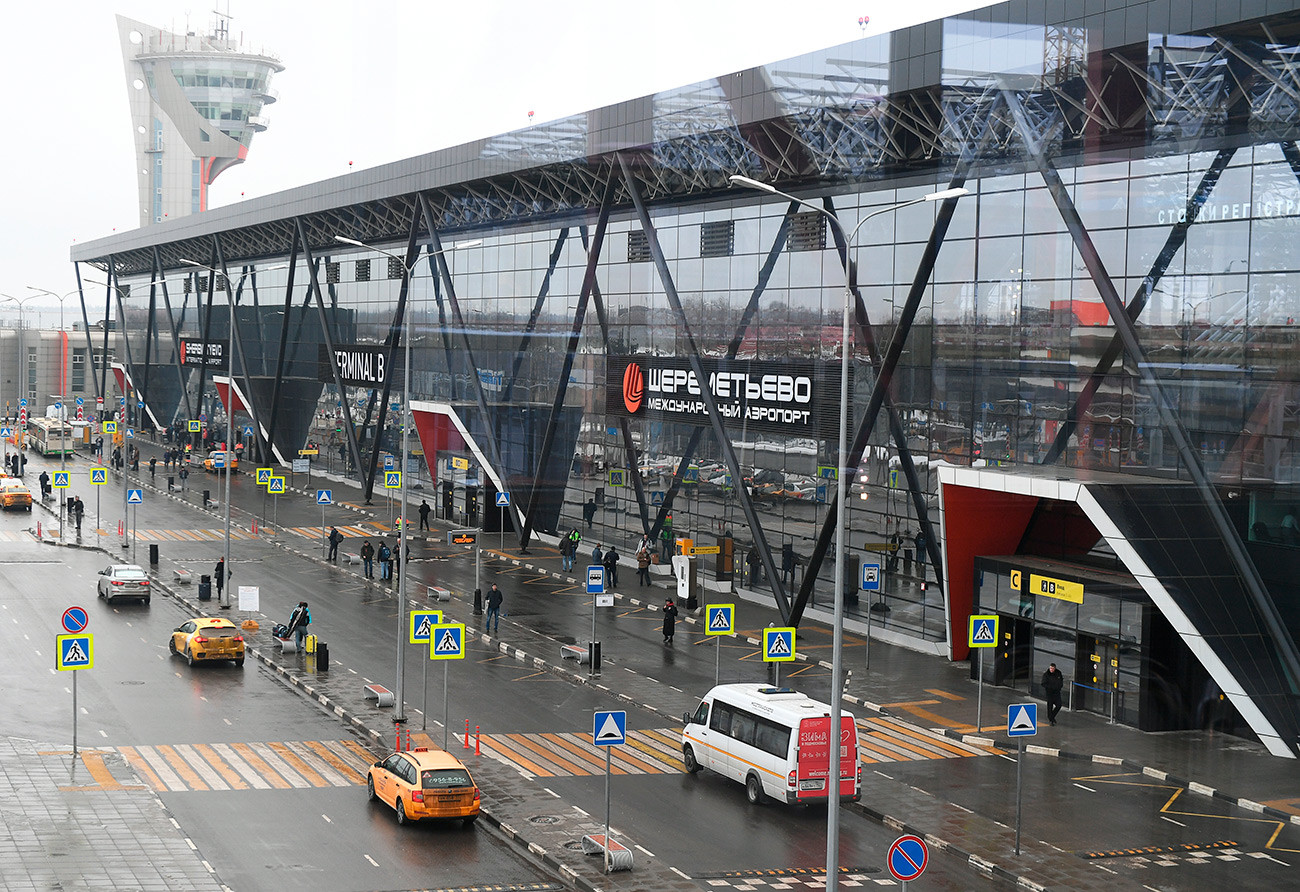