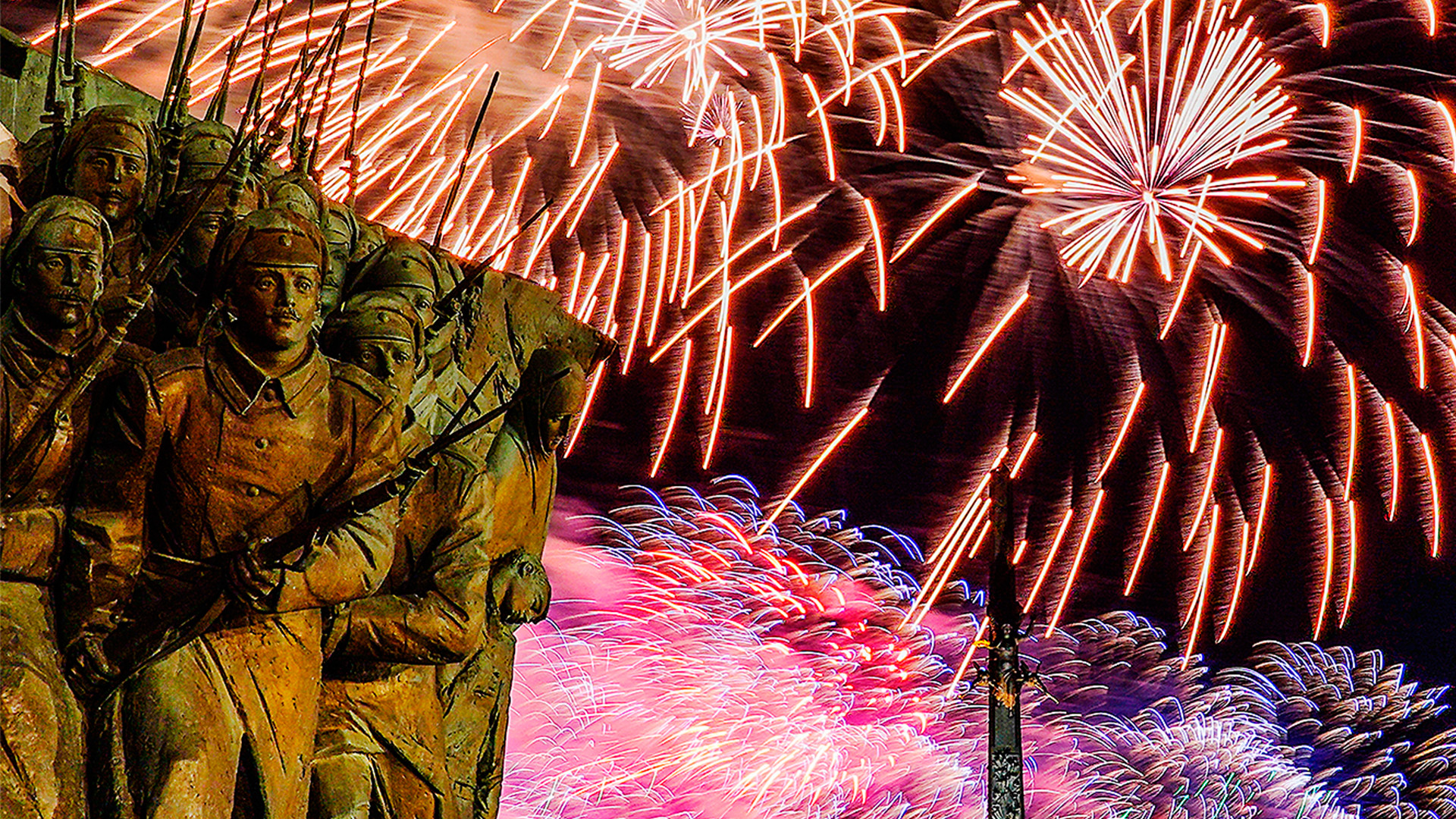 At the Poklonnaya Hill.

Alexander Vilf/Sputnik
The Russian capital carefully keeps the memory of the heroism of fighting for the Motherland. 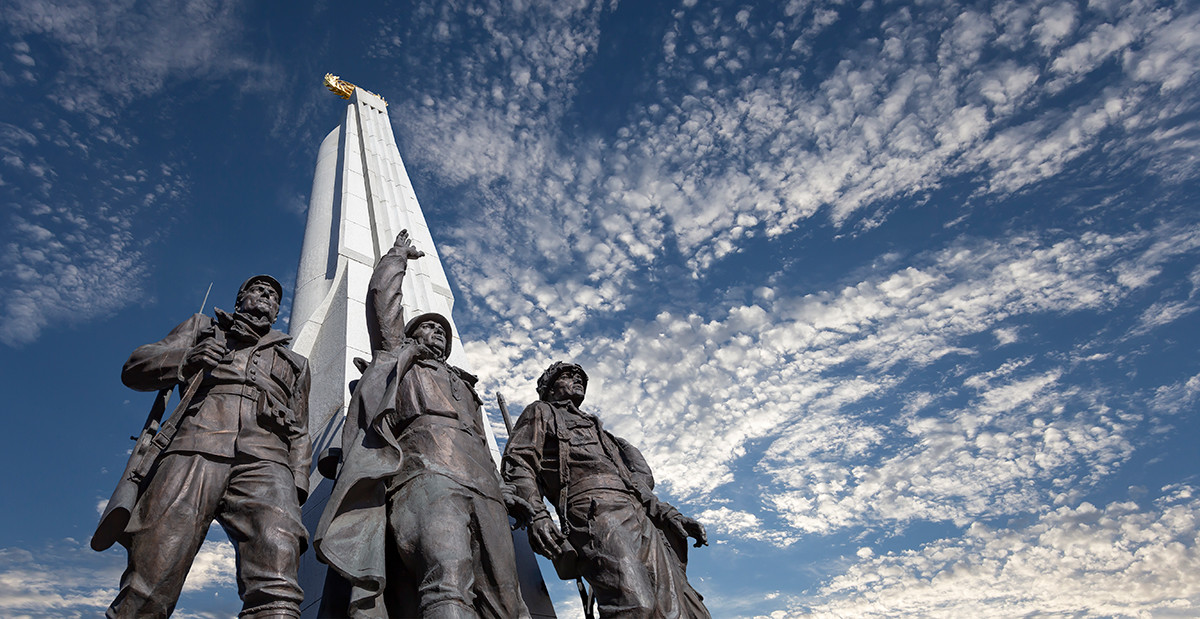 Poklonnaya Hill is one of the most popular parks in Moscow, with about 10 million people visiting it annually.

For Muscovites, it’s a sacred place: in 1812, on it, Napoleon waited in vain for the nobles to bring him the keys to the Kremlin, as it was done when he entered other European cities.

The monument to commemorate WWII was already planned to open there in the late 1940s, however, the idea only came true in 1995. 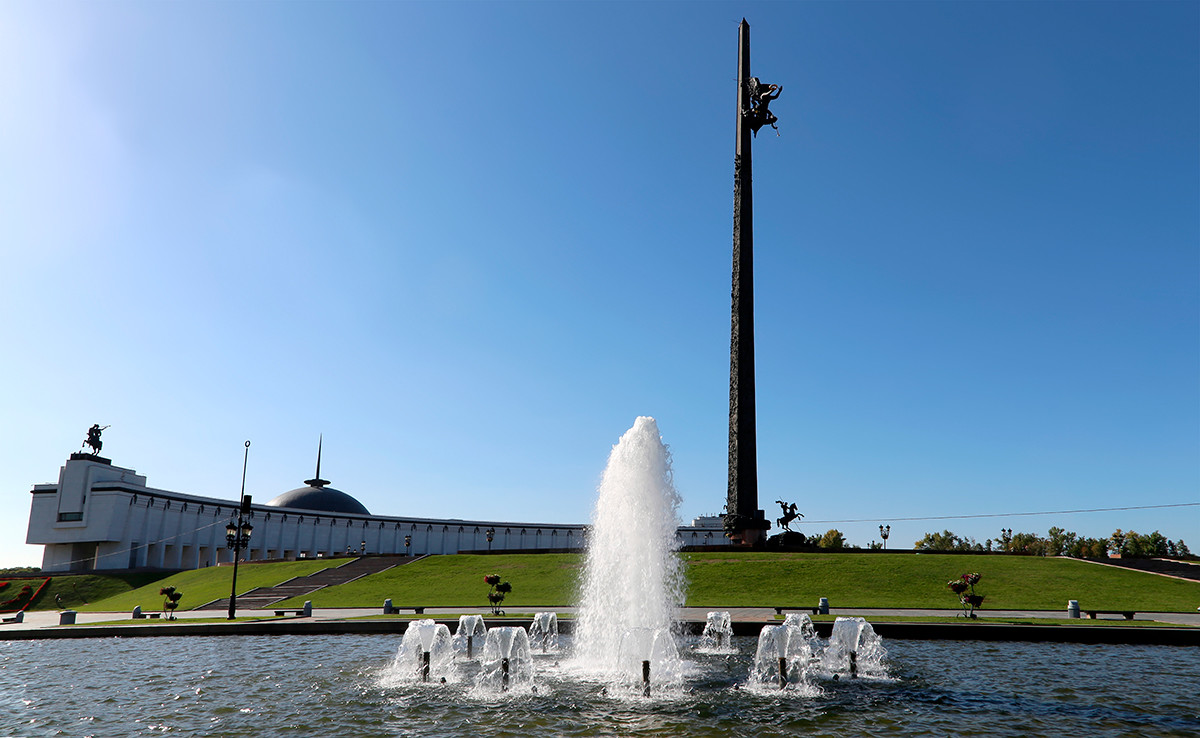 Prior to the 50th anniversary of the Victory in 1995, a large memorial complex and the Central Museum of the Great Patriotic War were opened there.

In addition, you can also find temples of various religions in the park.

2. Park of the 70th anniversary of the Victory, Novye Cheryomushki district 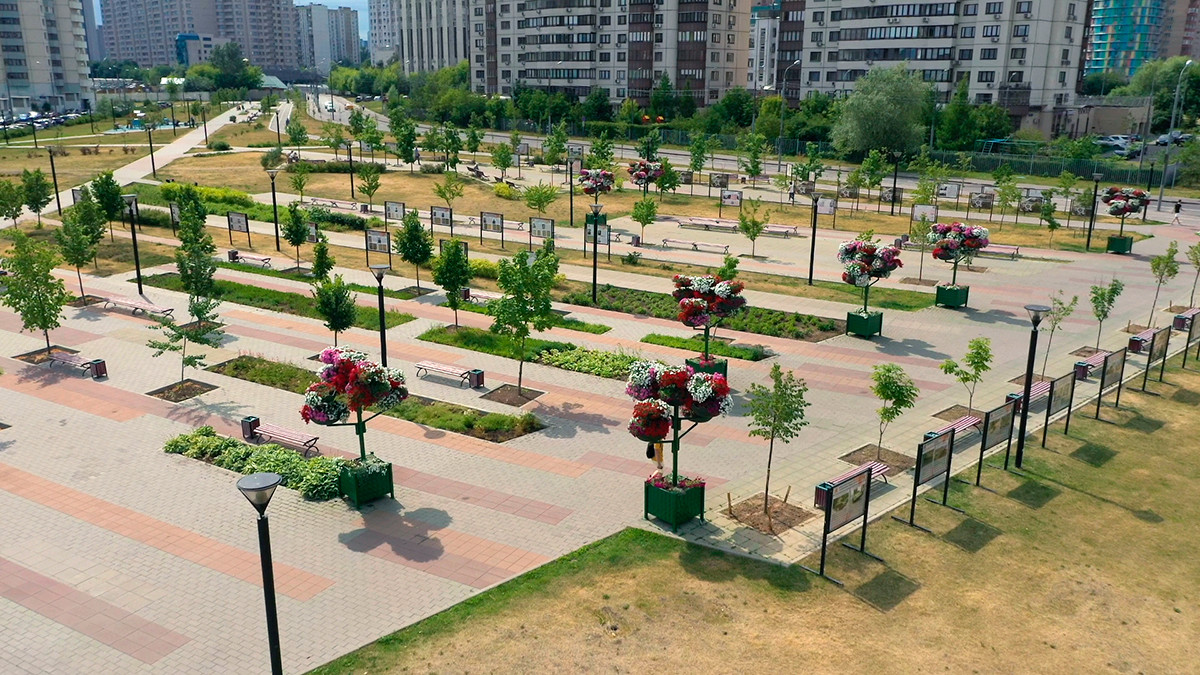 This park appeared in Moscow’s south-western residential area in 2015. Previously a wasteland, there now is an alley of the so-called “Hero Cities” (a Soviet title for 12 cities awarded for their outstanding heroism during the war), a promenade with installations retelling the key facts of those years and an amphitheater for various events. Trees with the names of various veterans are planted along the paths, as well.

3. Park of the 40th anniversary of the Victory, Zelenograd 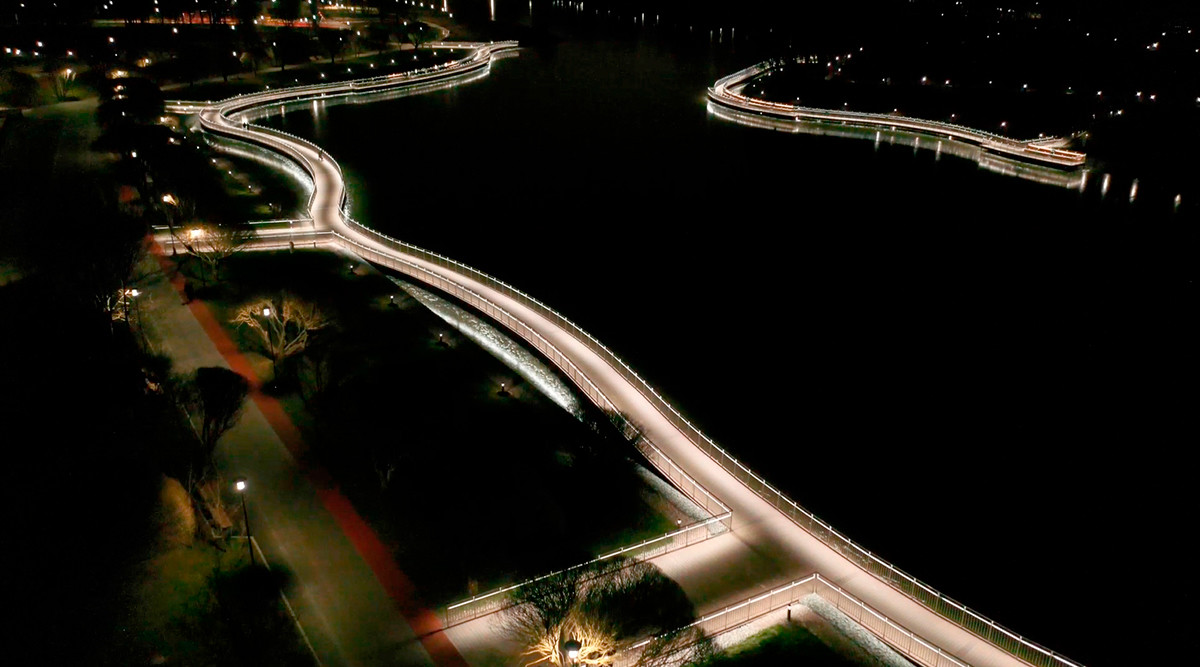 One of the most beautiful urban parks dedicated to the Victory is located in Zelenograd (north-west of Moscow). A monument to Marshal Konstantin Rokossovsky, who commanded the Red Army soldiers in this part of Moscow in the winter of 1941, stands there.

The park looks especially impressive in the evening, when the paths along the old pond are illuminated, which makes them seem to hover above the water. 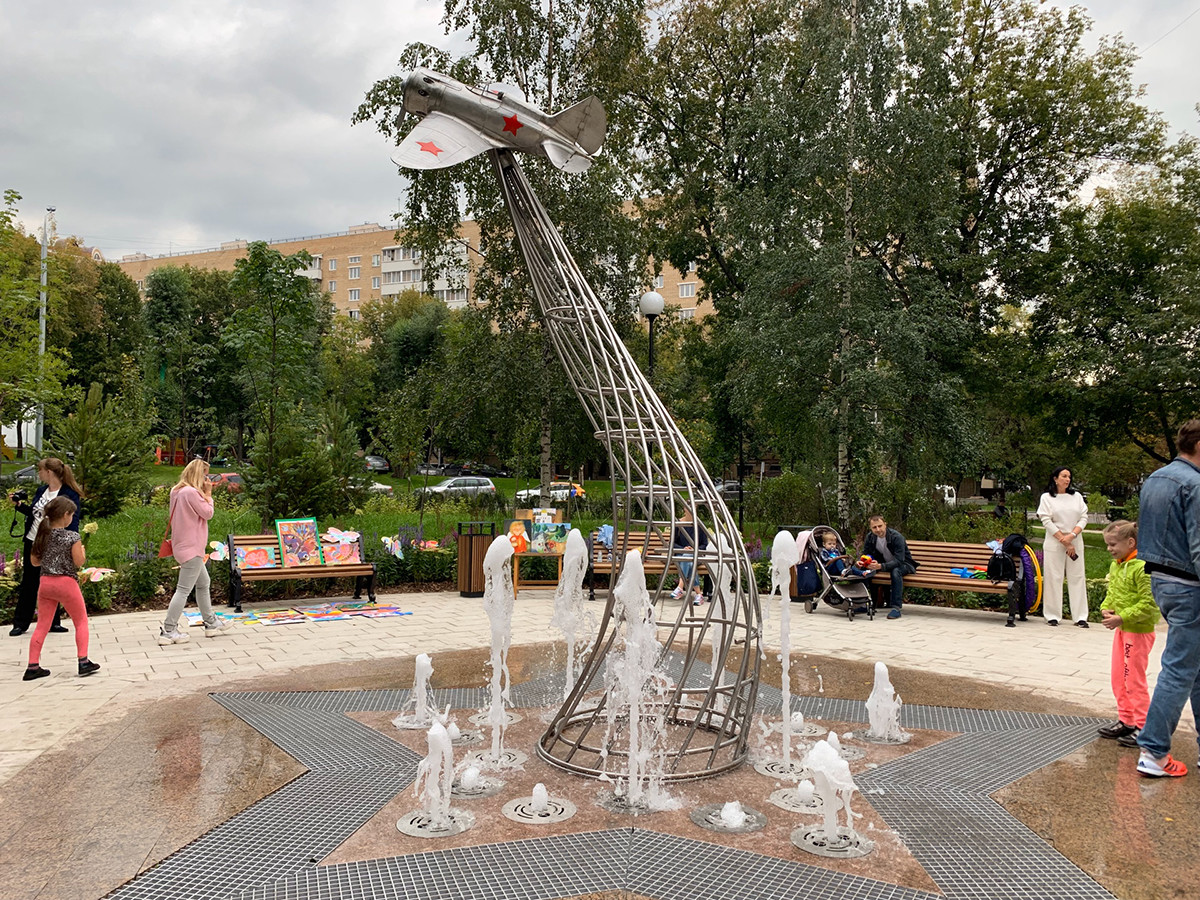 This small and cozy square in central Moscow is dedicated to the brave pilot, Viktor Talalikhin. In 1941, the then 23-year-old aviator performed one of the first night aerial rams into enemy aircraft over Moscow, a very risky feat, due to low visibility. He survived that ram by parachuting in the nearest river.

In the middle of this square is a memorial stele and a fountain whose base is made in the shape of the medal ‘Star of the Hero of the Soviet Union’. The fountain is decorated with a miniature replica of an I-16 fighter - the plane Talalikhin flew. 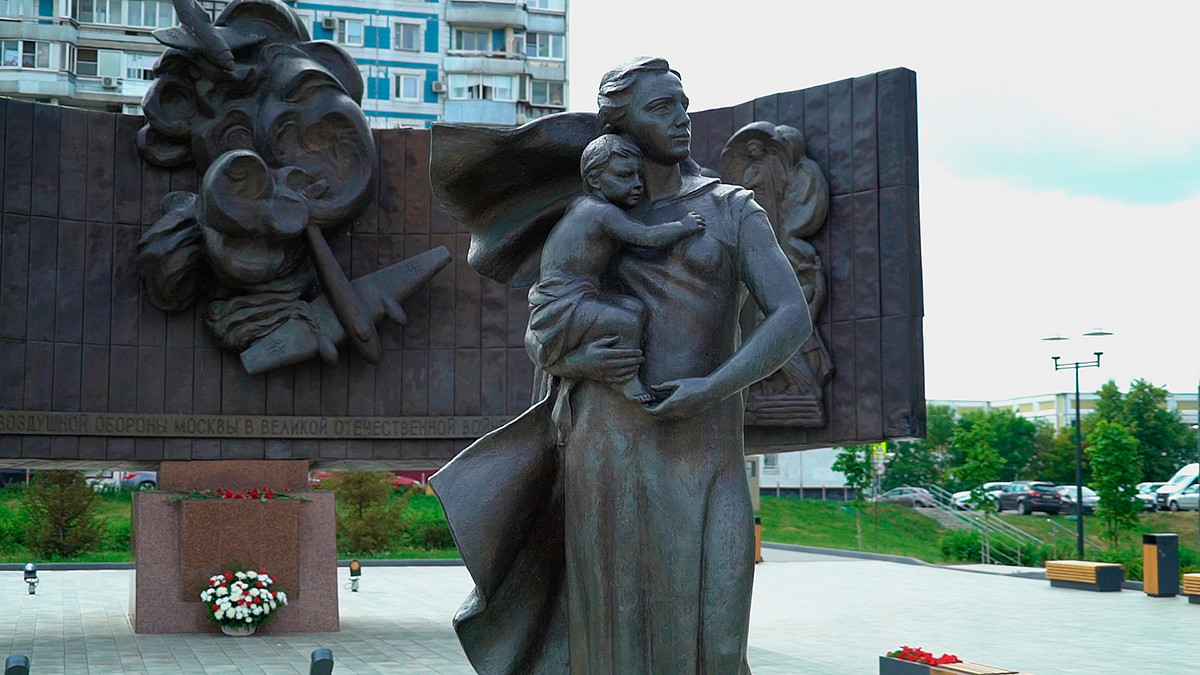 During the war, one of the anti-aircraft batteries was located where the current Krylatskoye district is. On July 22, 1941, Soviet pilots shot down the first enemy bomber there.

In memory of the “sky defenders”, a monument was built on Osenniy Boulevard. It depicts a woman holding a child in her arms, and you can see the outlines of a wartime radar behind them. The names of the Moscow air defense units are inscripted on the back of the monument. 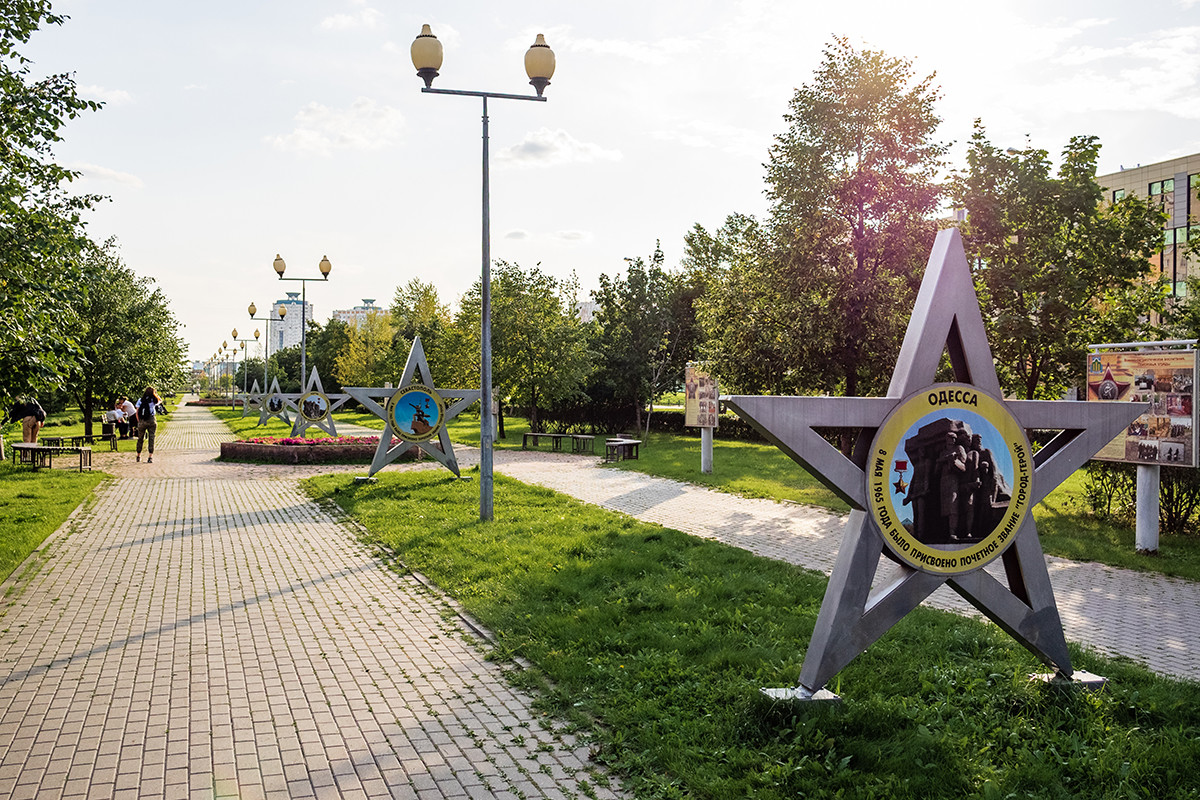 One of the most beautiful walks between the Maryino and Lyublino districts runs along Veterans Alley, and was opened in 2006. Along the path, you’ll see the photographs depicting the battles for Moscow and seven stars in honor of the Hero Cities: Leningrad, Volgograd, Kiev, Sevastopol, Odessa, Moscow and Brest. 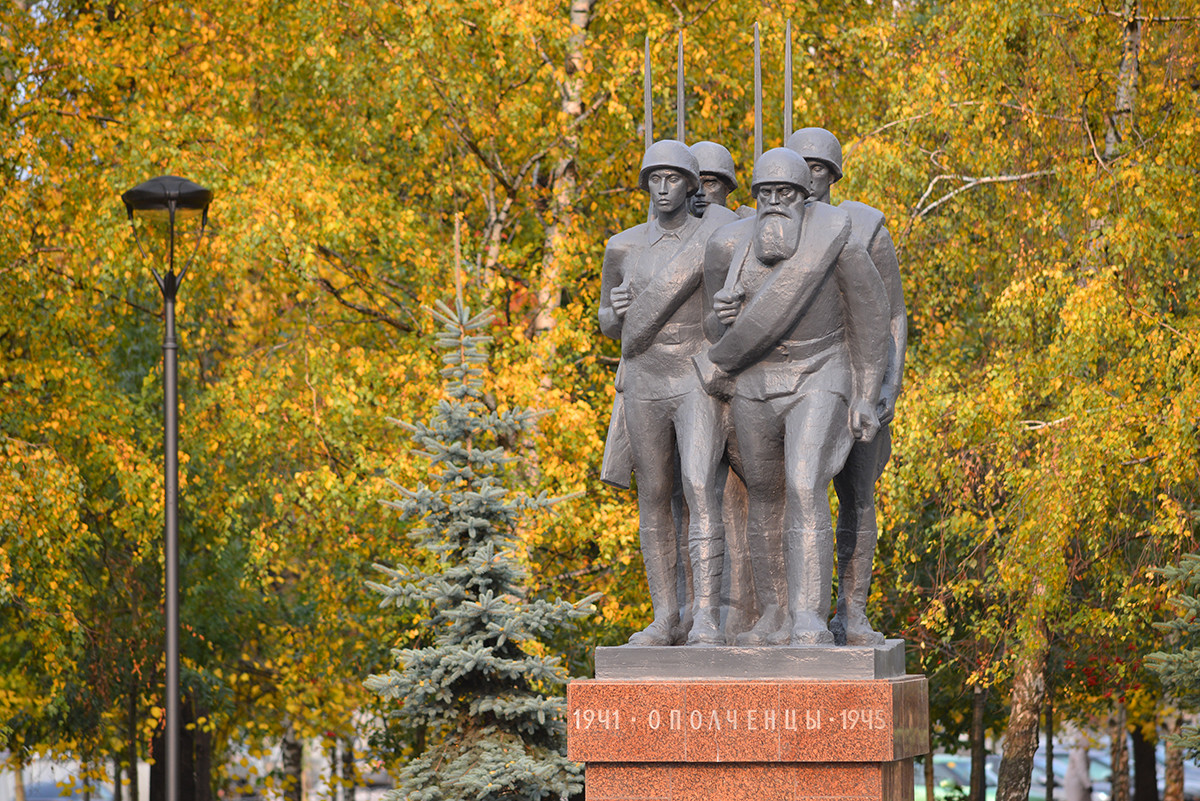 During the war, this was the place where volunteering army soldiers would gather to say goodbye to relatives before going to the front. They knew that they might never return from the battlefield and could be their last time to see their loved ones.

In memory of those tragic events, the monument of four unknown soldiers going to the front line was erected there. Visitors can read about the heroes of the people’s militia of Moscow on information boards along the paths. Many streets in the city have been named after them.