10 most BEAUTIFUL buildings in Vladivostok (PHOTOS) 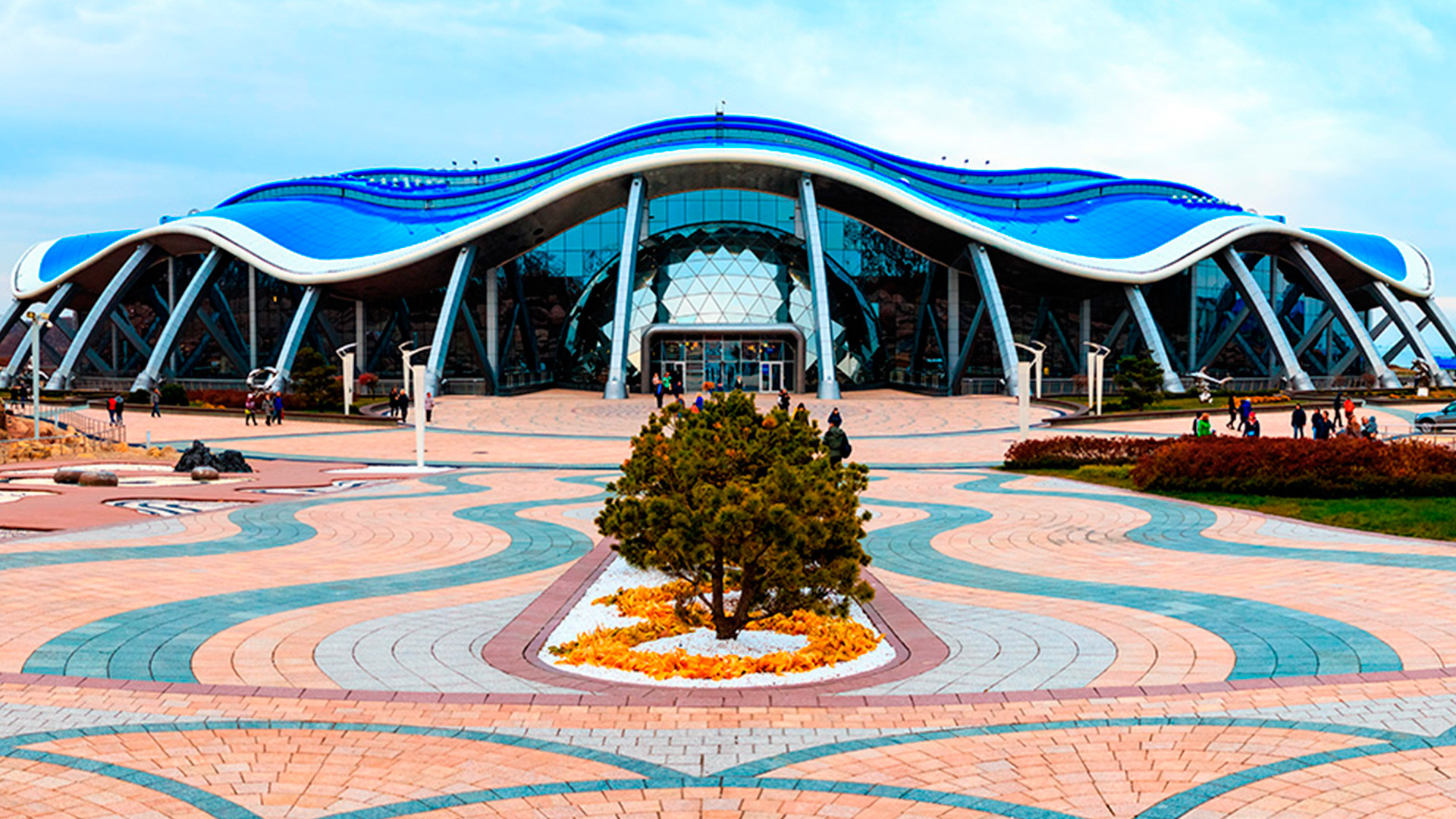 Legion Media
Undoubtedly, the most beautiful things in Vladivostok are the surrounding countryside with its volcanic hills, its stunning bridges and the romantic views of lighthouses. But tourists will be pleasantly surprised to find that quite a lot of the city’s buildings are also very beautiful and stylistically varied. 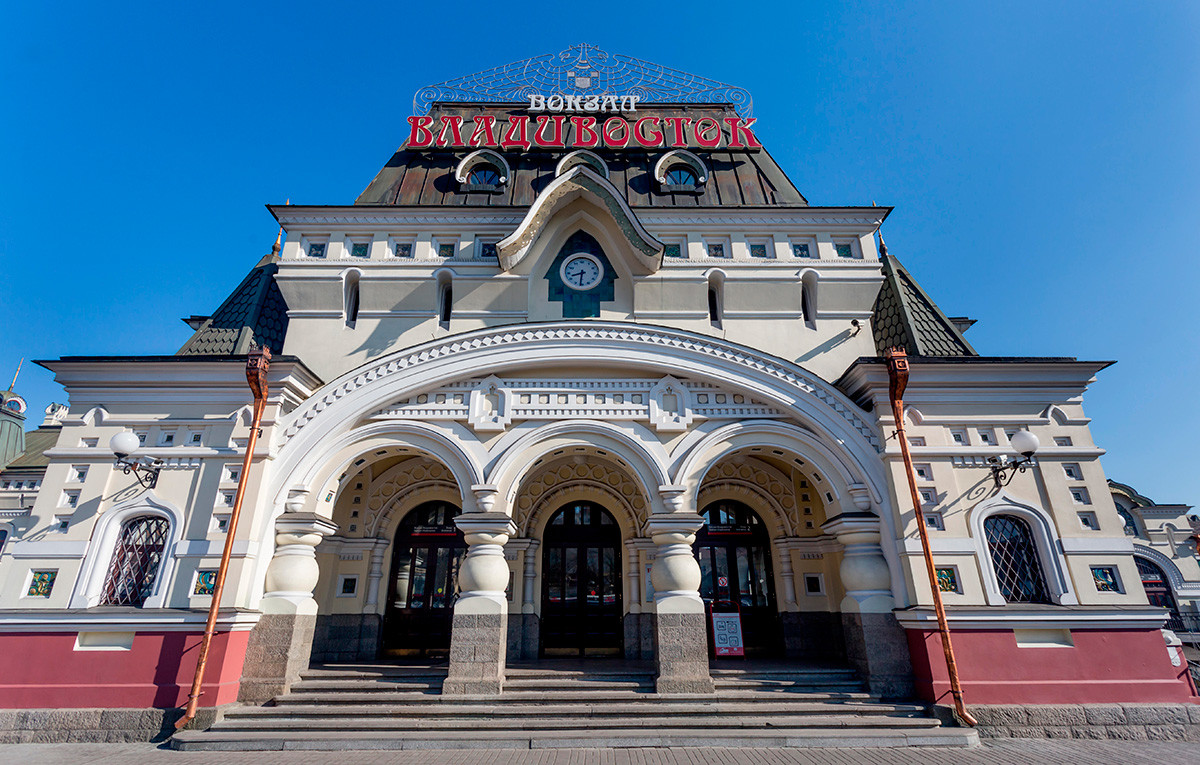 Many people dream of travelling on the Trans-Siberian Railway. And those who go the whole way will be greeted at the end of the line by this modernist building. The railway station acquired its present look in 1910-1912, when it was rebuilt in the Russian Revival style to the design of architect Vladimir Planson with the intention of giving it a similar architectural appearance to the Yaroslavsky Railway Station building in Moscow, from where Trans-Siberian Railway journeys begin. 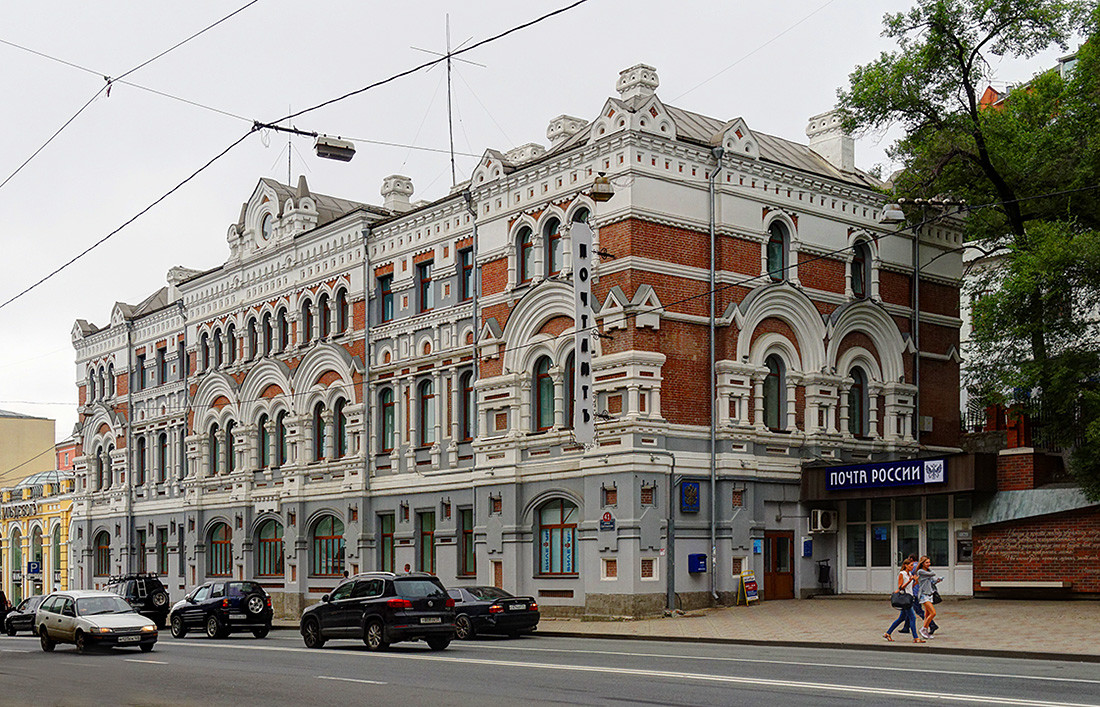 Postal links were one of the biggest problems facing this city towards the end of the Russian Empire, so organizing the postal and telegraphic services was regarded as a priority by the city authorities in tsarist times. The Post Office building is another example of the Russian Revival style in the center of the city. It was built in the 1890s from a design by Russian-Polish architect Alexander Gvozdiovsky. The building still houses Russian Post, the national postal operator. 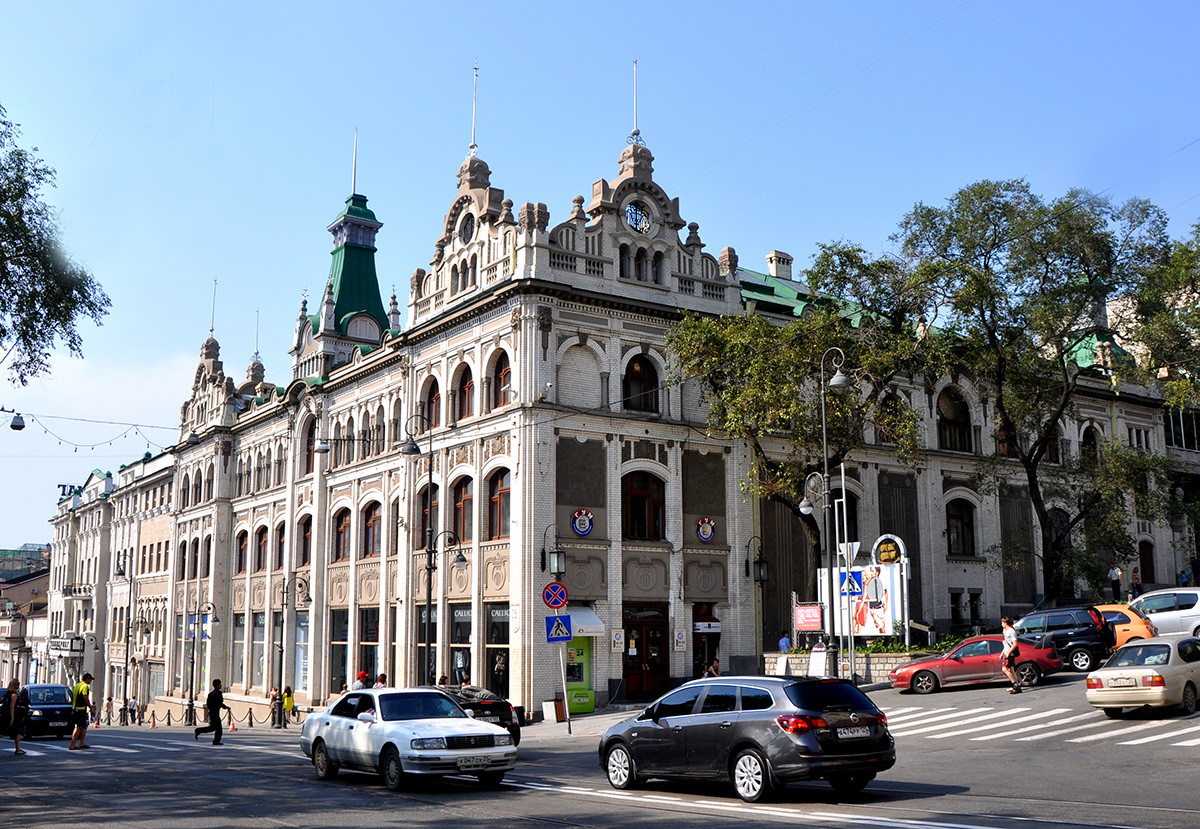 Vladivostok was founded in 1860, and urban development was at its height here by the 1880s. The German merchants who founded the Kunst and Albers trading company came to do business in the brand new city and straight away opened their flagship store there - although, initially, it only had one storey and was built of wood. Later, they expanded to have several department stores and branches across the Far East. In the 1900s, a young German architect by the name of Hugo Junghändel designed a large building in the Art Nouveau style for them on one of the city’s main streets - Svetlanskaya. Today, the building still houses a department store.

4. The Apartment Building of the Society for the Study of the Amur Region 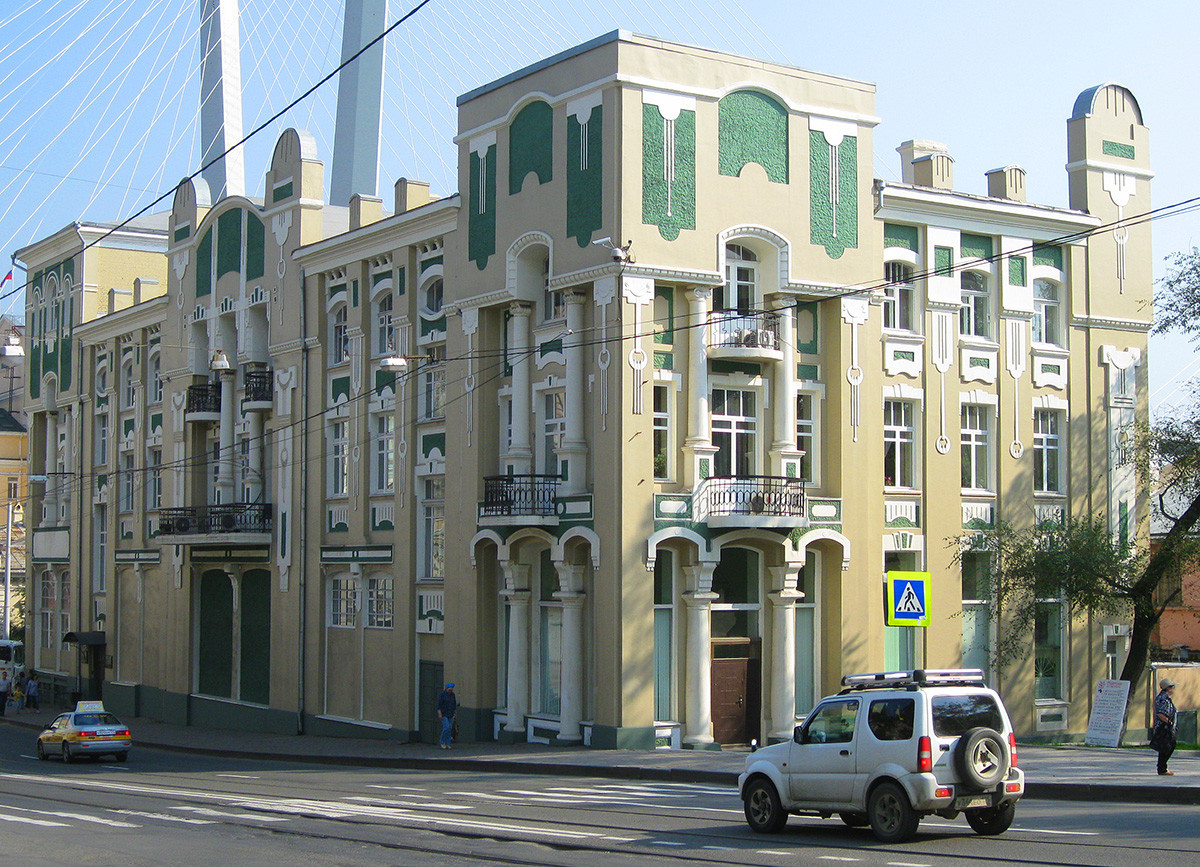 Another building in the Art Nouveau style on Svetlanskaya Street was built in 1912-1914 for the Society for the Study of the Amur Region. The building was “income-generating” - i.e. it was a block of apartments for rent. At one time, it had a cabaret restaurant in the basement. During the Soviet period, the building was converted partly into a cinema and partly into a laboratory for a local scientific-research institute. And later, it was handed to the Far East Branch of the Academy of Sciences, which is still housed in the building today. 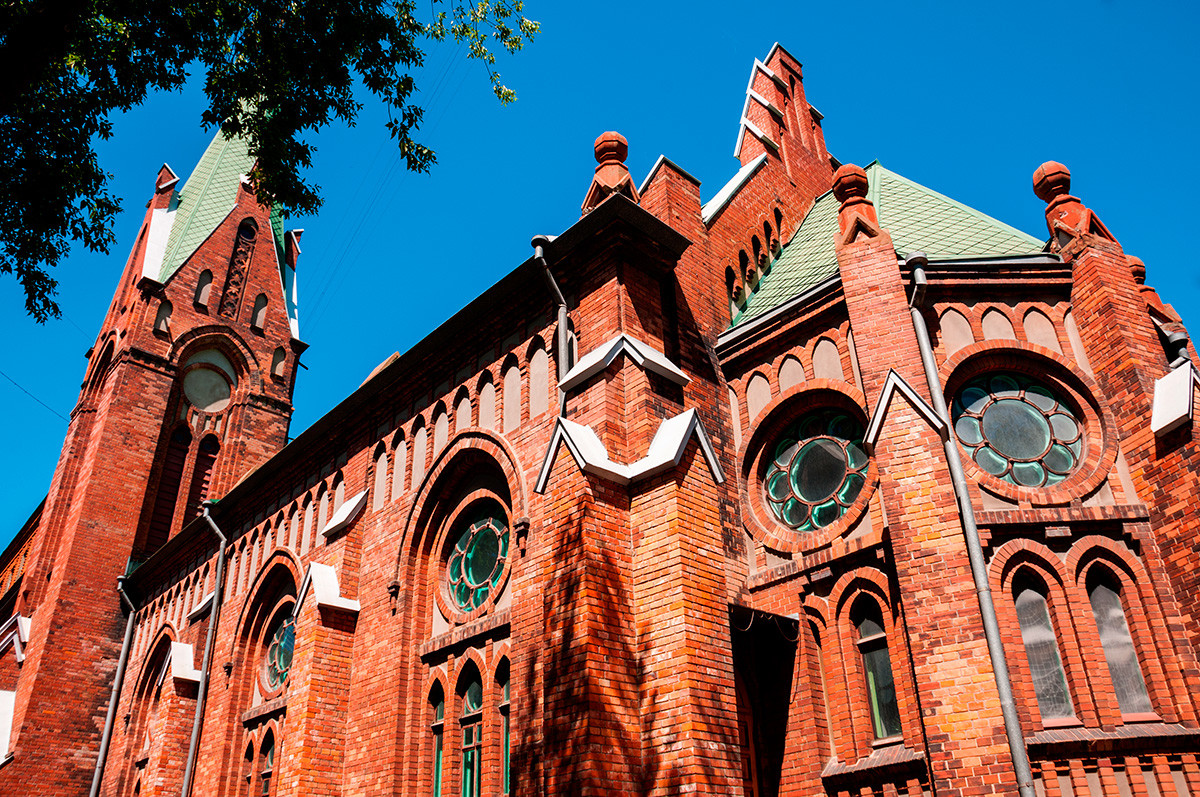 This Protestant church is regarded as the city’s oldest surviving religious building. Incidentally, it was also designed by German architect Hugo Junghändel, who got his inspiration from the northern Gothic style. And the Kunst and Albers Trading Company made a significant financial contribution to the project. In the 1990s, the church was given back to the newly-revived Lutheran community. 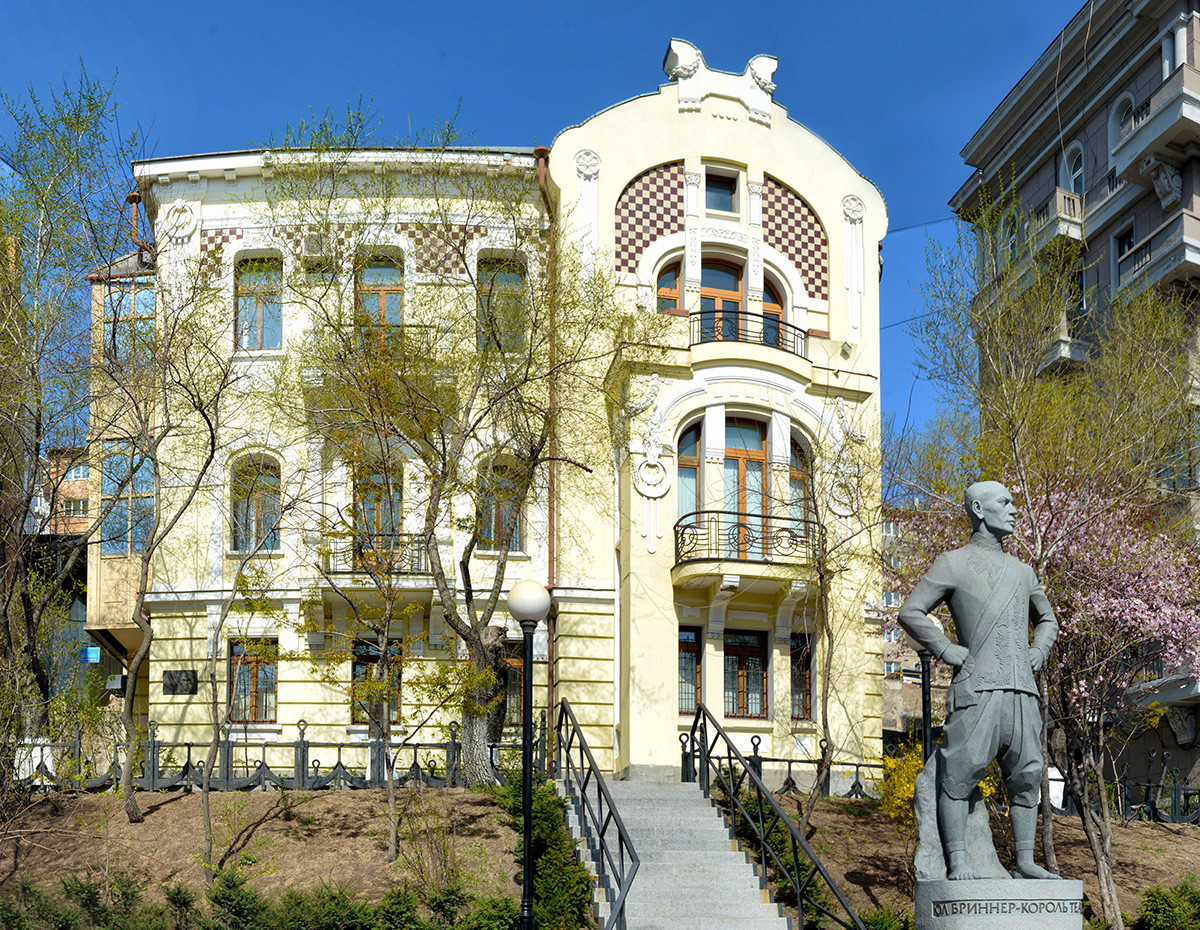 Hugo Junghändel, who had by 1913 become fully Russified, left the city another example of the romantic Art Nouveau style. This mansion was commissioned by silk merchant Jules Brynner (originally Briner), a Lutheran who had been granted Russian citizenship and had bought land in Vladivostok. Incidentally, he was the grandfather of famous Hollywood actor Yul Brynner, who was born in the house (a monument to him stands in front of the building).

7. Catholic Church of the Most Holy Mother of God 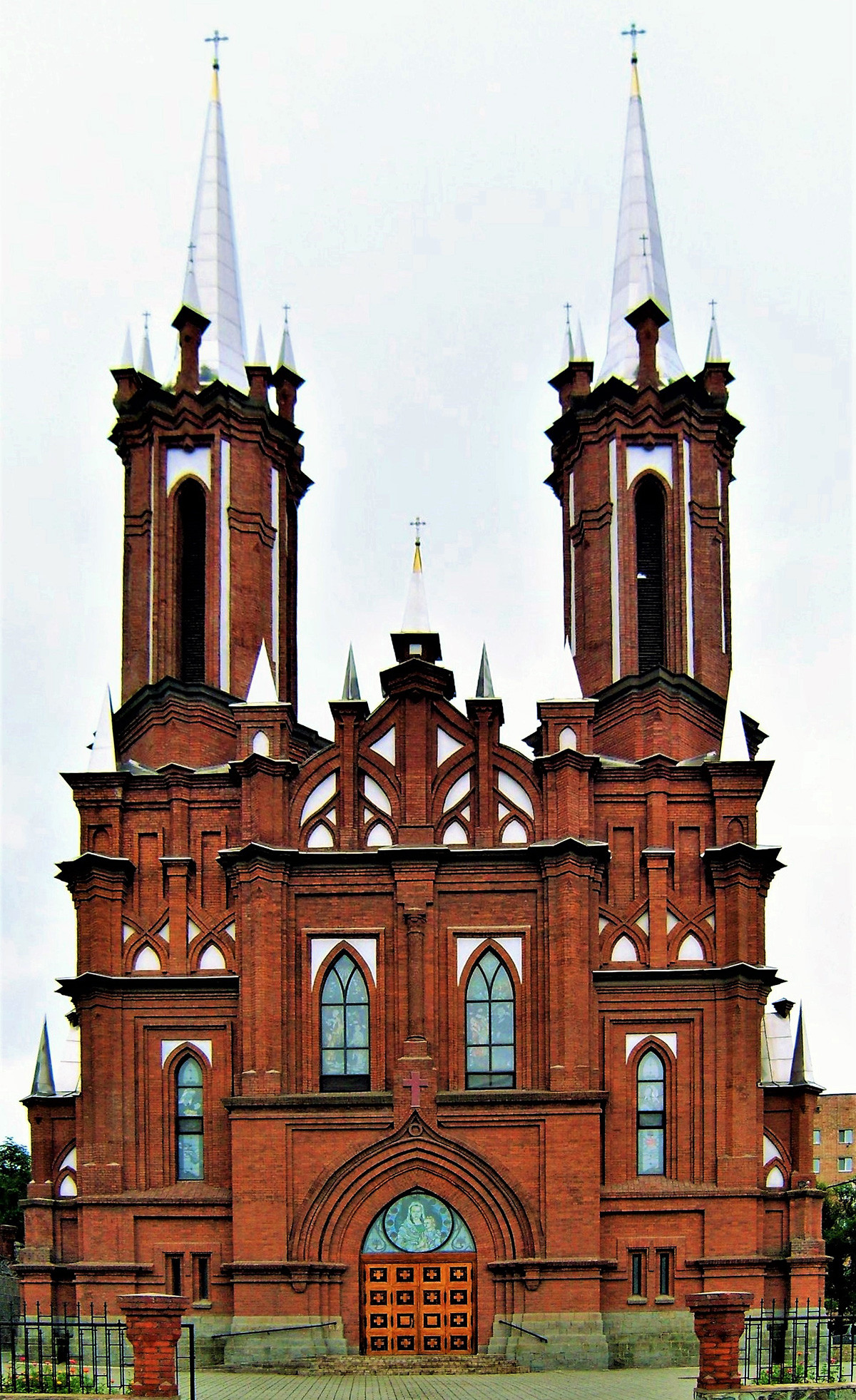 For a long time, this Neo-Gothic church was the largest Catholic church in the Far East. It was designed by Alexander Gvozdiovsky, the same architect who built the central post office. Its parishioners were mostly Polish immigrants. During the Soviet period, the church was closed down and handed over to the State Archive, but in the 1990s, it was restored, and Polish Catholics even donated money to pay for the casting of the bells. 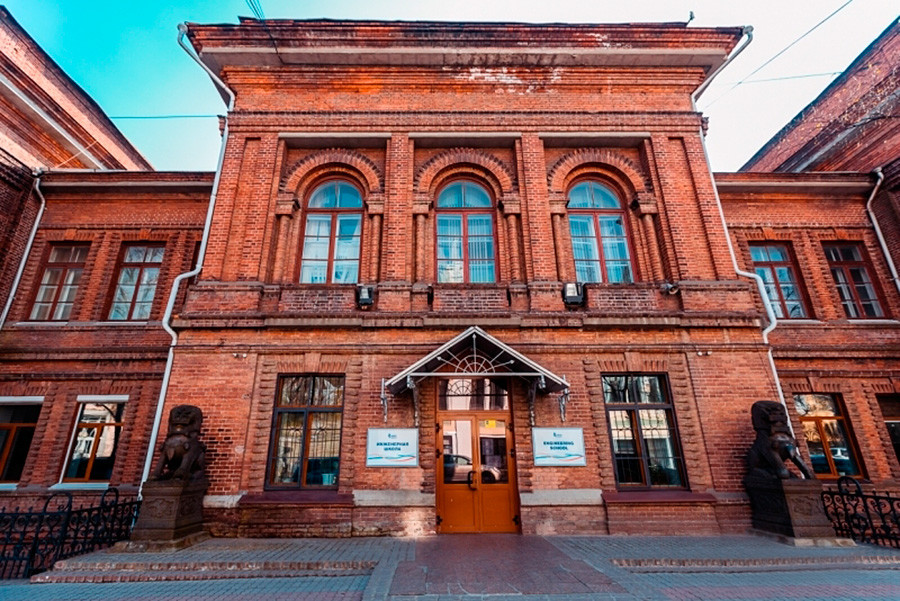 The institute was one of the first higher educational establishments in Vladivostok. It prepared specialists for contacts and trade with neighbouring Asian countries - China, Japan and Korea - and taught oriental languages and culture, and even the Japanese martial art of jiu-jitsu. The architectural style of the building is known as Far Eastern Classicism, which combines the Empire Revival, Neo-Renaissance and numerous other historical revival styles. 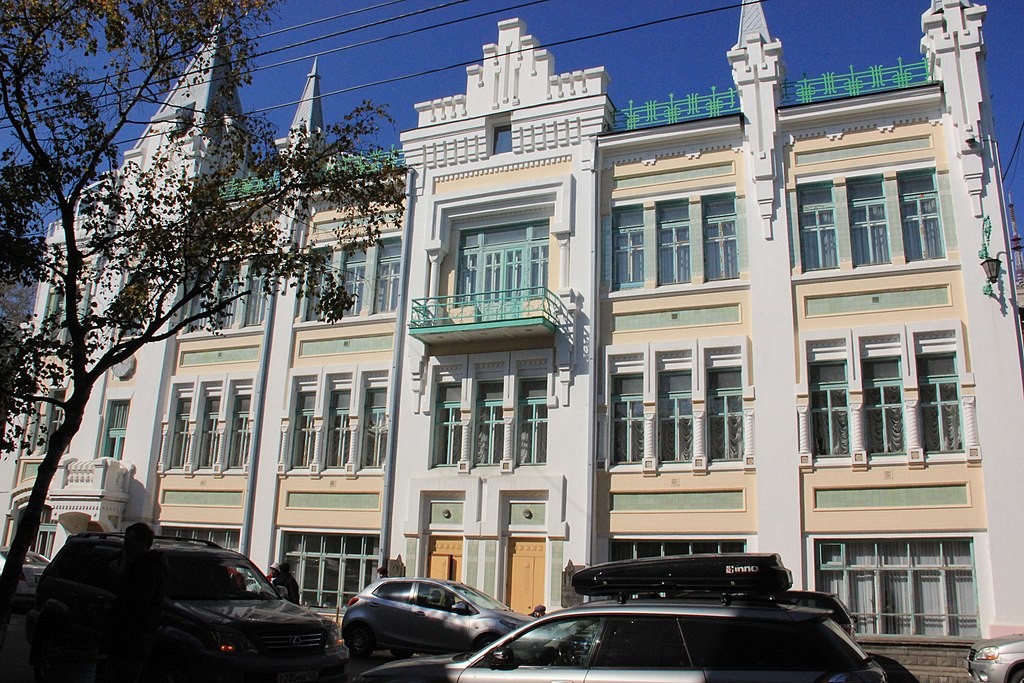 Right opposite the Oriental Institute, an eclectic building combining the Art Nouveau and Gothic Revival styles was built from a design by Pavel Wagner in 1907-1908. Initially, it housed a library and was used as a venue for club meetings and recitals, as well as a theater. Nowadays, students of the Far Eastern University put on amateur performances there. 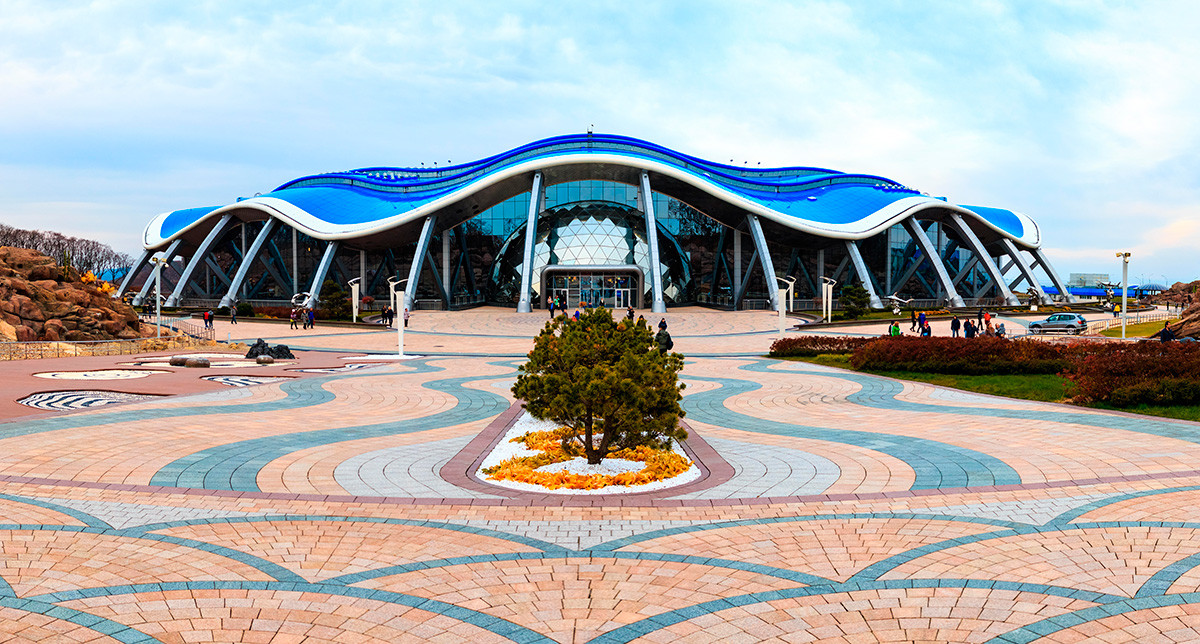 The most modern building on our list is the Primorsky Aquarium, built on Russky Island in 2016. From above, the building looks like a mollusc shell emerging from the ocean waves. In an area covering over 37,000 sq. meters, numerous glass tanks display over a hundred different species of fish and mammals, with the main emphasis on species whose natural habitat is in Russia’s Far East.