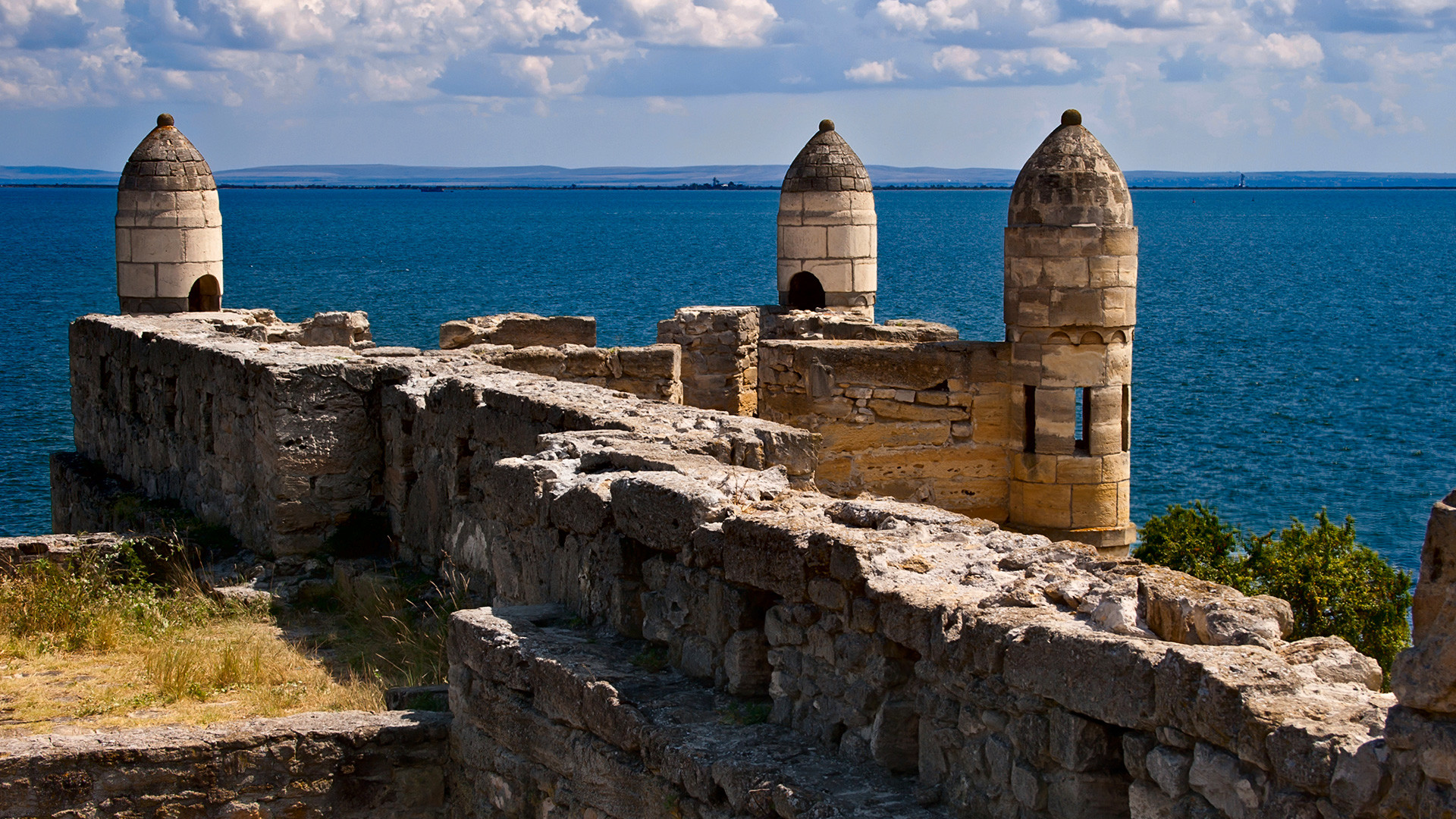 Legion Media
It was founded by the ancient Greeks, whose architectural legacy still marks the streets and squares. Here you can trace the history and development of the entire Crimean peninsula.

1. Home to mammoths and Neanderthals 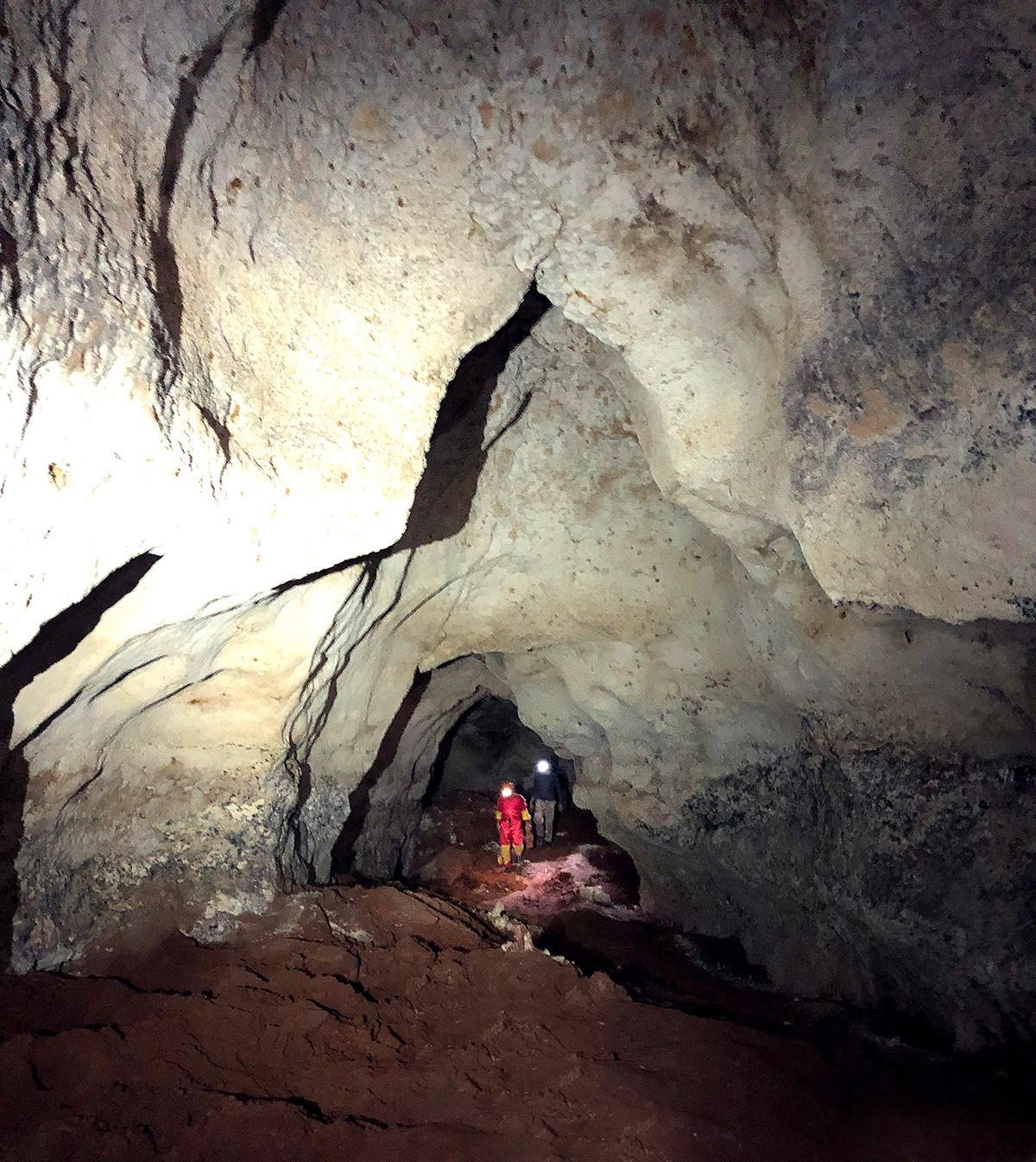 Few places in Russia can boast of prehistoric origins. But in Kerch, archeologists have found fossils from the Paleolithic period, some dating back 100,000 years. In addition, they discovered the remains of stone tools, suggesting that Neanderthals inhabited the region. A mammoth tooth was also among the finds.

2. Founded by the ancient Greeks 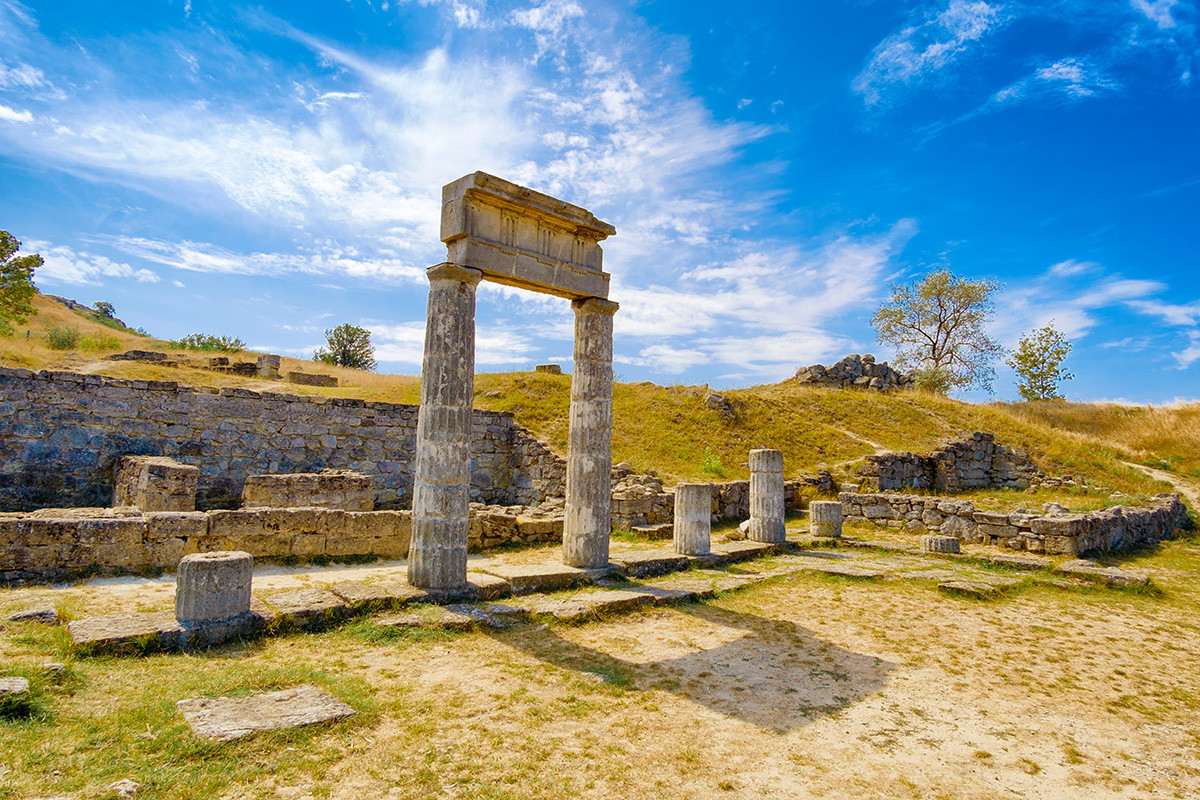 The first settlement sprung up here in 610-590 BC, when Greeks from the Caria region of modern Turkey founded the city of Panticapaeum. Scholars believe that it was a fairly large Greek colony with an imposing Acropolis dedicated to Apollo. In the 5th century BC, the city became the capital of the Hellenistic Bosporan Kingdom, and later a Roman colony. The ruins of Panticapaeum survive to this day.

Around the city were built a necropolis and several hill mounds with the tombs of Scythian kings, whom the Greeks entrusted to rule their colony. Nineteenth-century archeologists found a vast trove of Scythian gold in the tombs, which is now on display at the largest museums of Russia and Europe. 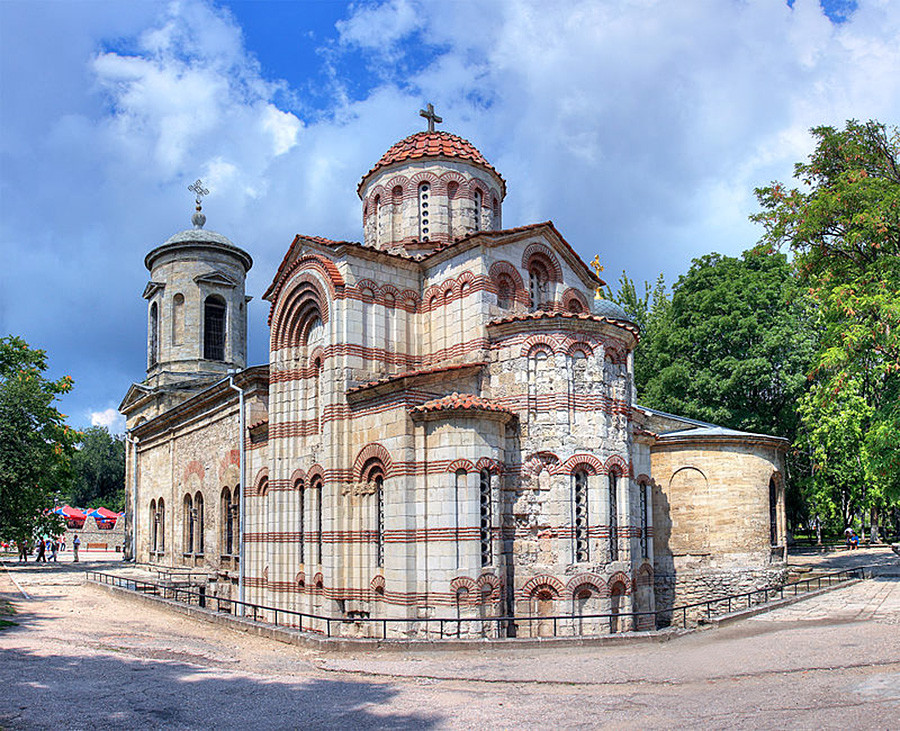 Cathedral of St John the Baptist

In the 7th century AD, Crimea fell under the wing of the eastern half of the divided Roman Empire—Byzantium. Emperor Justinian I built new cities on the peninsula; Panticapaeum was renamed Bosporus and restored to its former glory. The Byzantine Cathedral of St John the Baptist survives from this period, one of the oldest places of worship anywhere in Russia. Scholars argue about the date. Construction began sometime between the 7th and 10th centuries, and continued all the way into the 19th century. 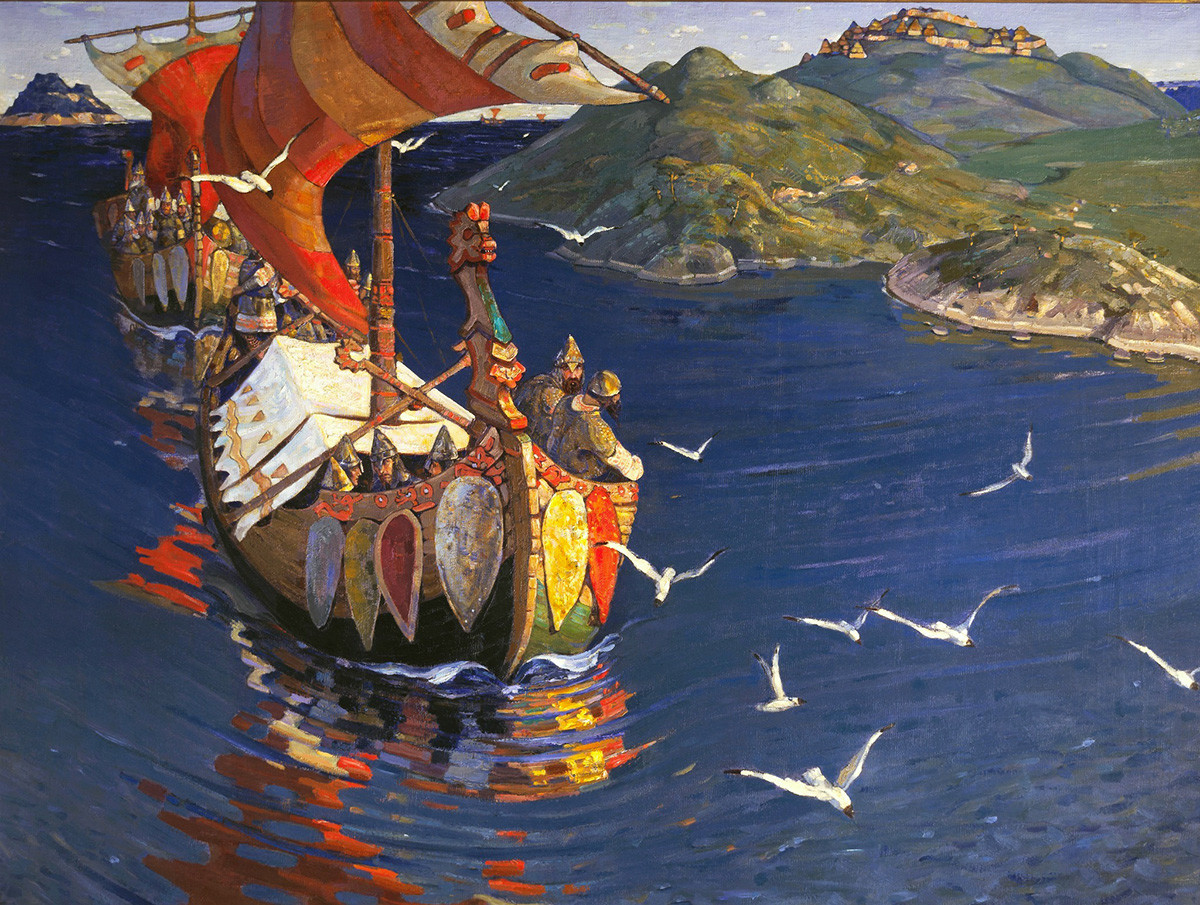 After the weakening of the Byzantine Empire, control over the city passed to various tribes and khanates. In the 9th century, the Kerch peninsula was briefly occupied by princes from ancient Russia, who established trade links with the then capital Kiev. And whereas the nomadic Khazars called the city Karsha (meaning “other shore”), the Russians changed it to Korchev, which was gradually shortened to Korch or Kerch.

5. Ruled by the Golden Horde, Genoa and the Ottomans 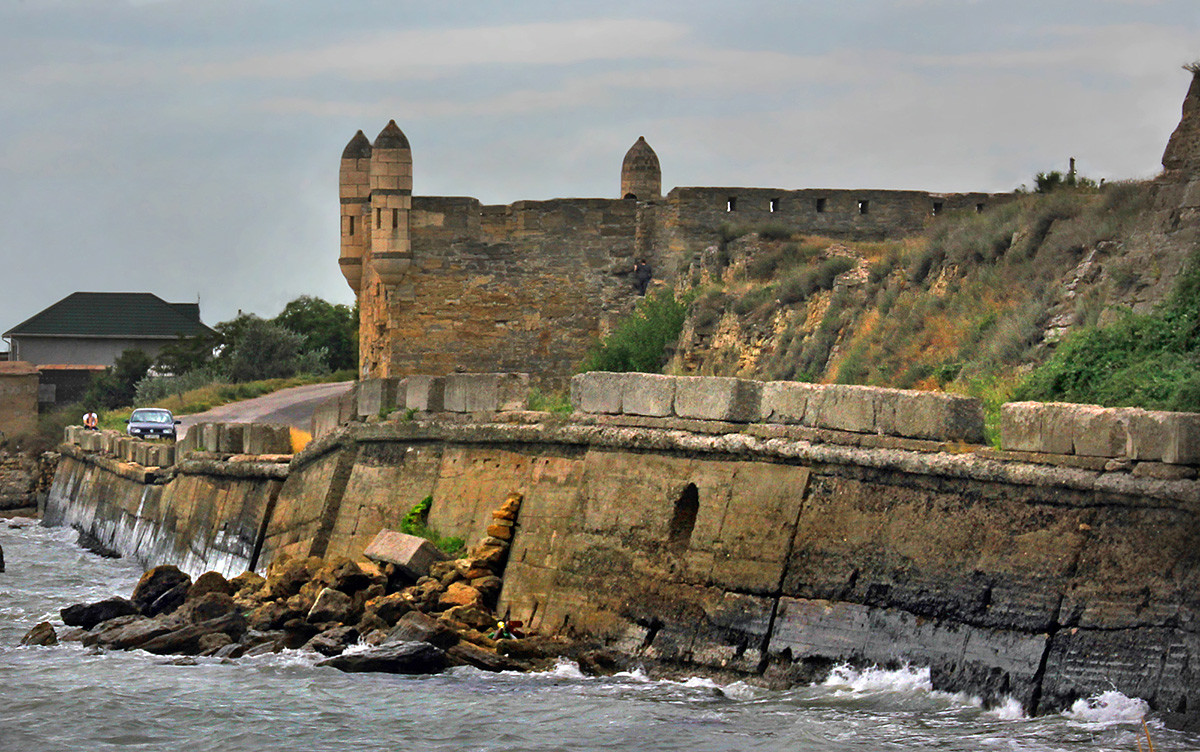 Ruins of the Turkish fortress Yeni-Kale

From the end of the 13th century, the Golden Horde held sway over Crimea. Its military leaders and governors assimilated with the local population—the Crimean Tatars, and the Horde army was constantly replenished with mercenaries from Crimea. When this huge state eventually fragmented, the Crimean Khanate emerged from the remnants.

In the 14th century, Kerch and the neighboring Feodosia became colonies of the Republic of Genoa. Paying taxes to the Khanate, merchants from Genoa established fishing and commerce here, turning the city into a thriving port.

In the late 15th century, the Ottoman Empire captured all the Genoese colonies, followed by the entire Crimean Khanate. When in the early 18th century the Turks began to fear the rising military might of the Russian Empire, they built Yeni-Kale Fortress, which still stands in Kerch to this day.

6. Became part of the Russian Empire in the 18th century 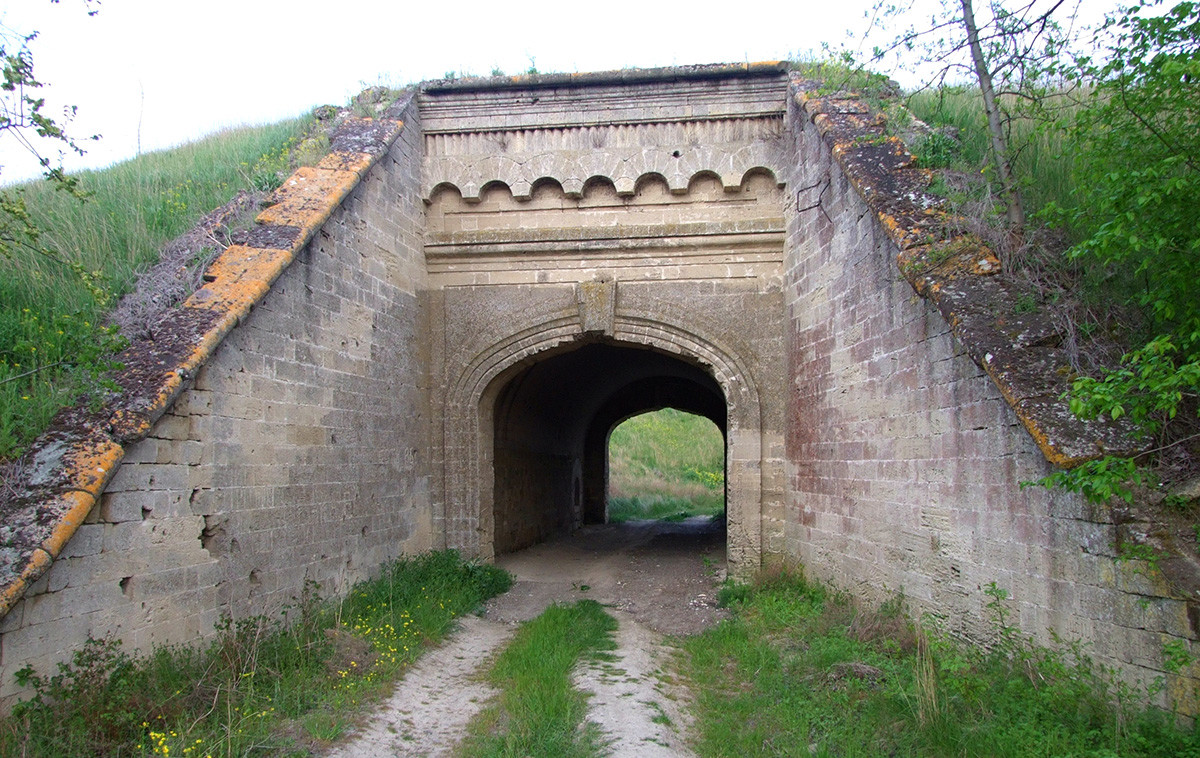 After the exhausting Russian-Turkish wars, the Russian army captured Yeni-Kale Fortress in 1771 without a fight. The resulting peace treaty handed Crimea to the Russian Empire (see here for details). In the 19th century, Russia decided to strengthen the strait between the Black and Azov seas, the result of which was Kerch Fortress. The city began to develop actively as a port, alongside the extraction of limestone and iron ore. Kerch suffered badly during the Crimean War, which saw Russia pitted against an alliance of England, France and Turkey. 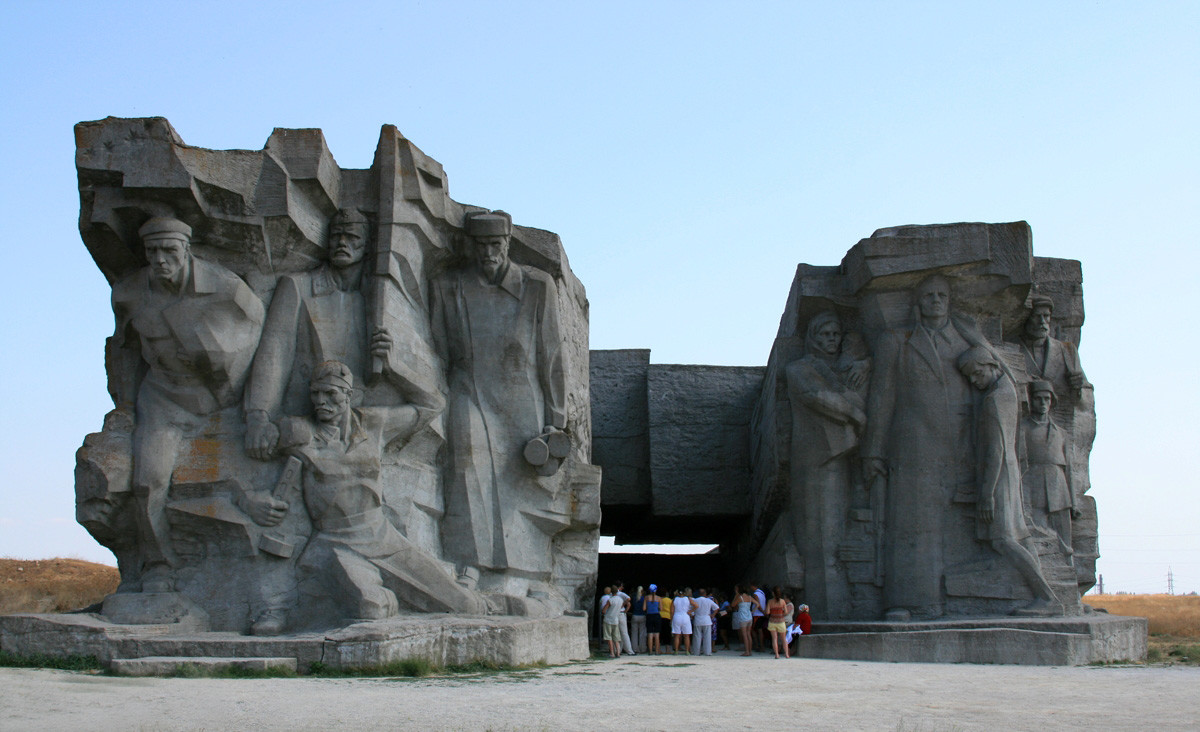 Monument to the Defense of Adzhimushkaysky Quarry

One of the main sights of the city is Adzhimushkaysky Quarry. During World War II, Kerch was occupied by German and Romanian forces and almost completely destroyed. The partisan defense of the quarry lasted for several months; today it houses a museum. 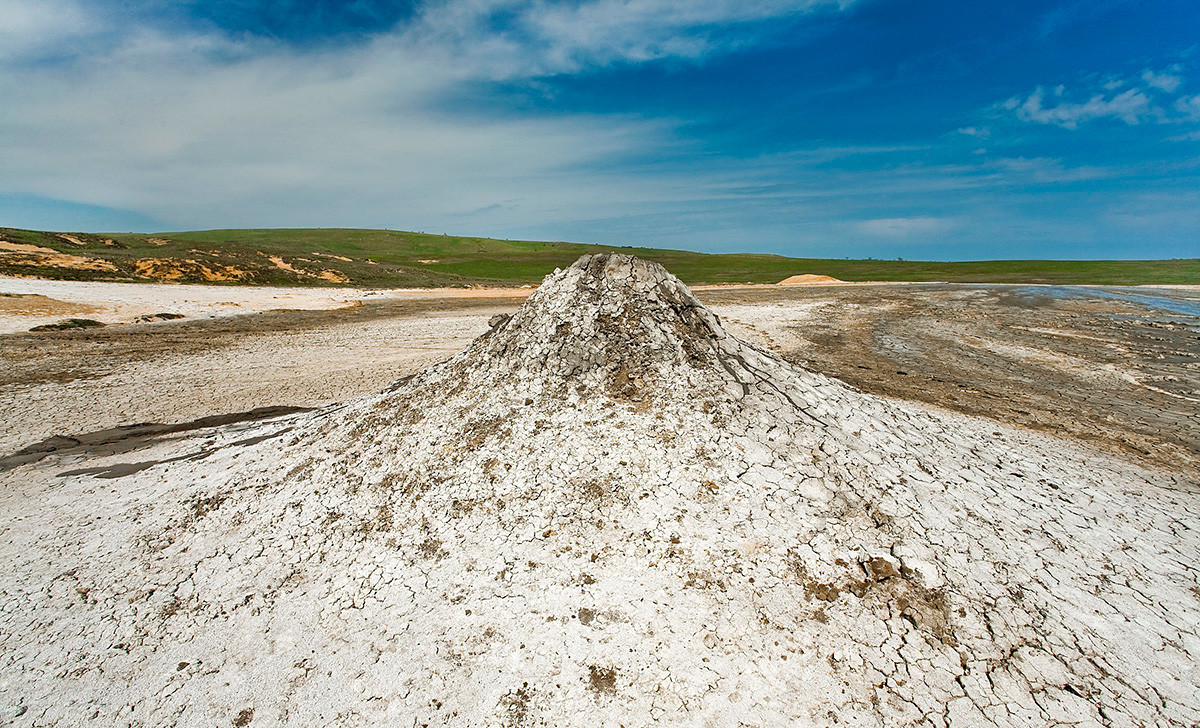 In Russia, there are only two places where you can see the natural wonder of active mud volcanoes. They are located very close to each other—in Crimea and on the neighboring Taman peninsula. The Bulganak mud volcanoes to the north of Kerch consist of a valley with seven craters oozing therapeutic mud rich in boron, iodine and soda. “Eruptions” occur mainly in winter, when the mud fountains can reach 15 meters high. 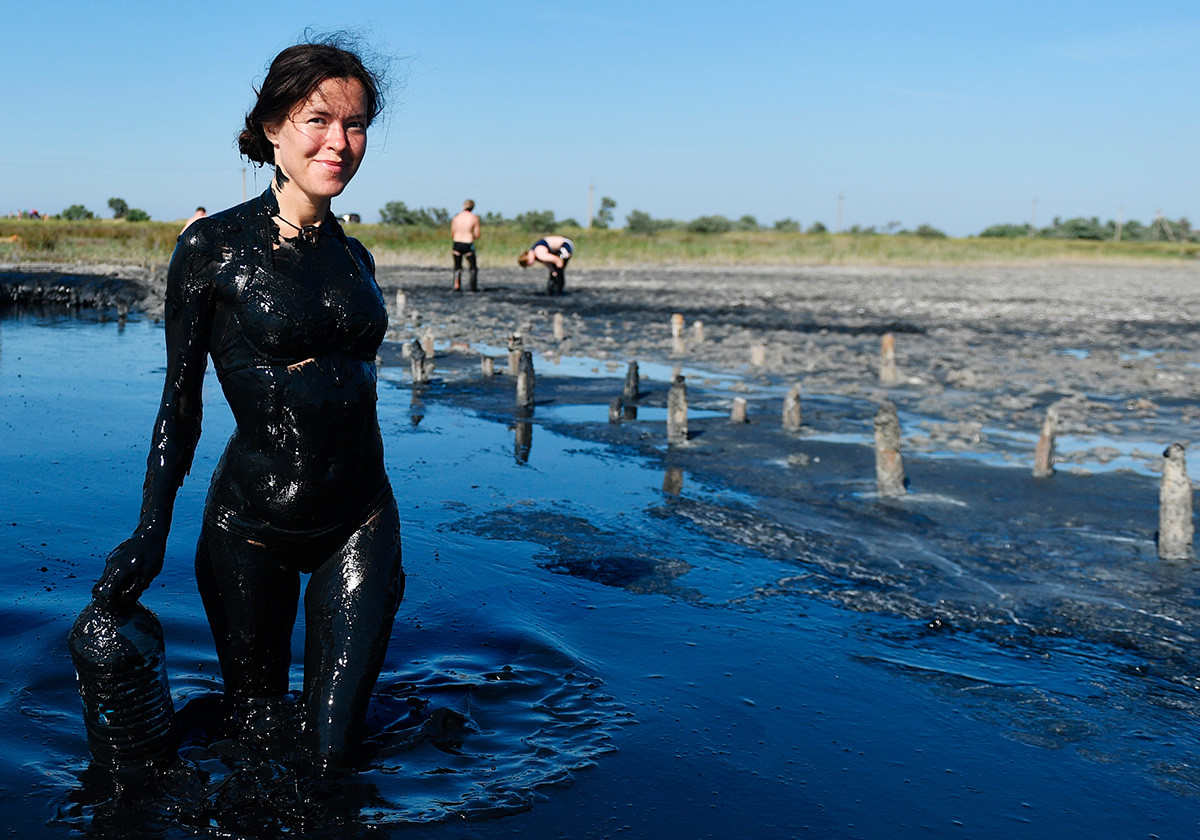 Nearby lies the salty Chokrak Lake, also rich in mud. Hordes of tourists come here to plunge into the cool dark slush. 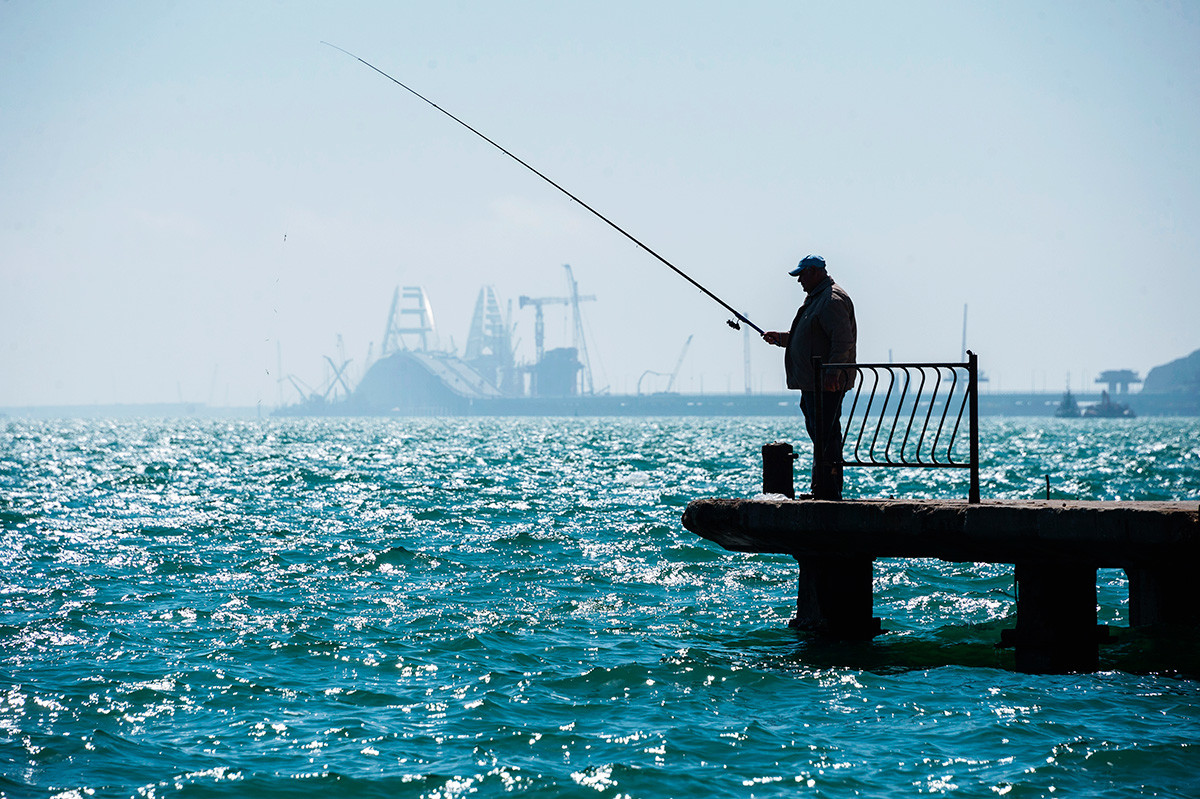 The fishing industry is strong in all cities in the peninsula, but in Kerch it is one of the oldest and most important trades. The city is known as the "fish capital" of Crimea. Here you simply must taste the mussels, hamsa (anchovies), rapana (sea snails), katrana (Black Sea shark) and fried mullet. 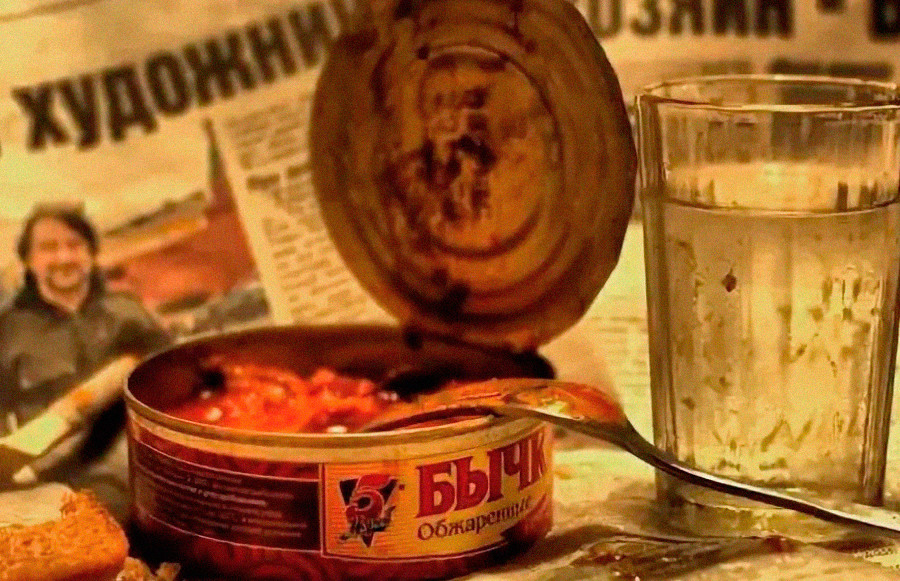 And be sure to partake of "bullheads in tomato sauce"—this Kerch delicacy was one of the most popular canned foods in the Soviet Union.

9. One of the most popular resorts in Crimea

Kerch has a huge number of beaches, many of them sandy, which is rare for the rocky Crimea. And when it comes to sunbathing, you have a choice between the Black and Azov seas. The latter is quite shallow, so it’s a good place for children. 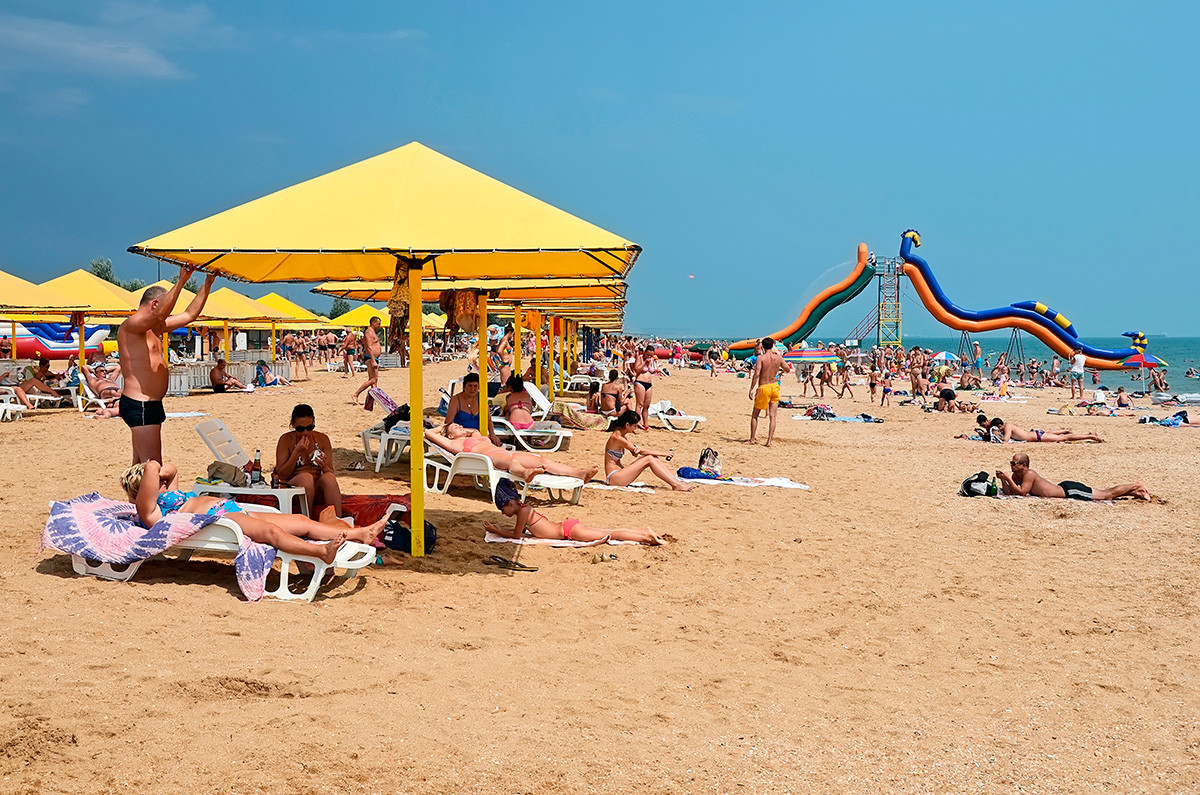 A beach in Kerch

Kerch has many hotels and lots of private homes offering bed and breakfast. Local residents recommend holidaying in the nearby villages of Geroyevskoye, Yurkino and Yakovenkovo, which are away from the port and have lovely clean water that will make you smile. As for the city beach, it is located on the picturesque Arshintsevskaya spit. Incidentally, the winds are strong enough for windsurfing.

10. Connected by the longest bridge in Russia 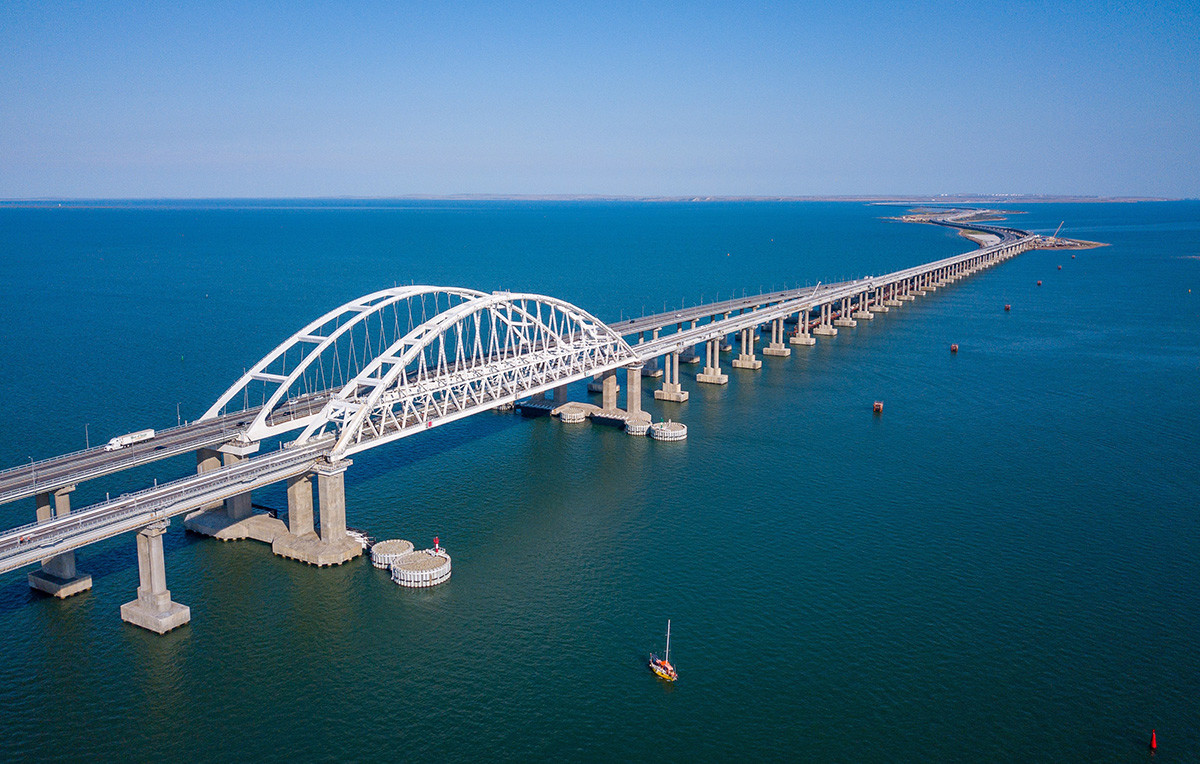 Before the bridge was built, the only way to get to Crimea from mainland Russia was by ferry. Often in the summer season, the wait could be 24 hours or more. After the construction of the Kerch (or Crimean) Bridge across the strait, connecting the city to Taman in Krasnodar Territory, the crossing time has been reduced to 40 minutes. At 19km long, it is the longest bridge in Russia and one of the longest in Europe.