10 most favorite tourist destinations in Russia - among Russians! 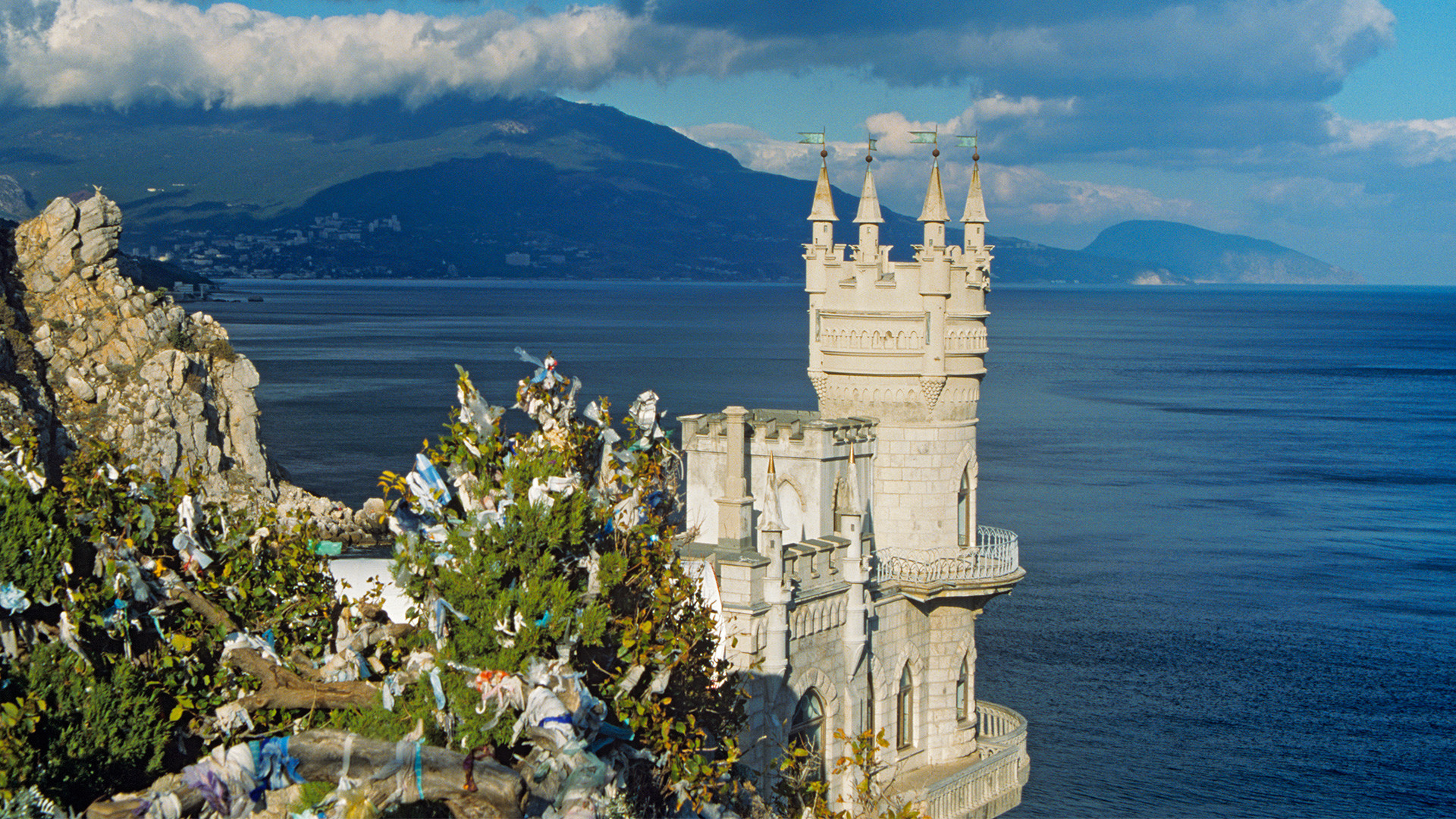 Getty Images
When a foreigner thinks of coming to Russia, what’s the first thing that comes to mind? Moscow? Trans-Siberian railroad? But what about Russians themselves? Where do they prefer traveling to in their huge country?

Russia’s domestic tourism is continuously developing, although there are still problems with infrastructure, services and sometimes extremely expensive tickets, especially for long distance destinations. Some Russians have indeed never been abroad, but they have the world’s largest country at their disposal and usually arrange holidays on the Black Sea coast, in Caucasian mountains or save up to visit the two capitals, Moscow and St. Petersburg. 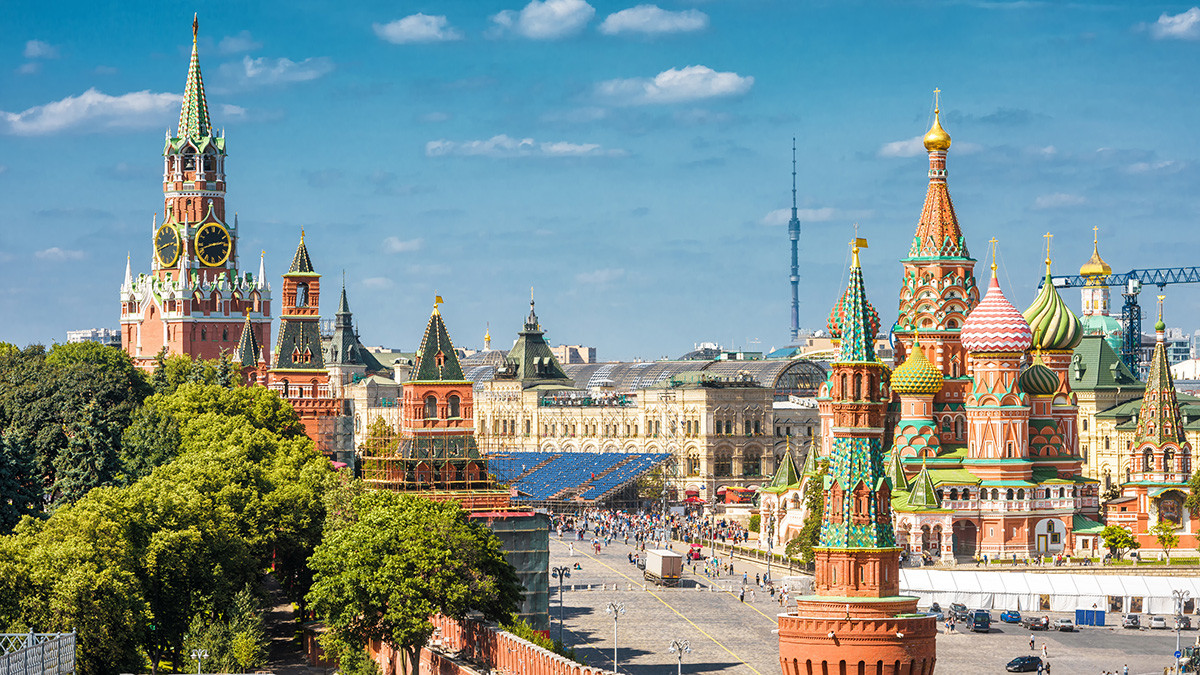 We are used to saying that Moscow is not Russia. However, despite this, Moscow is still the center of everything, and the most popular destination of a domestic tourist. Visiting the capital is a sort of a ‘must-do’ experience for Russians from the other regions. And despite the fact that a ticket to Moscow will cost a Far East resident more than a ticket to a neighboring Asian country, a trip to Moscow is almost a pilgrimage.

Beyond the obvious selfie on the Red Square, domestic tourists adore the GUM department store, the new Zaryadye Park, the Tretyakov Gallery, and among the must-visit places in Moscow are a theater, a circus and the Zoo.

According to the Russian Union of Tourism Industry, more than 22 million tourists from across the country visited Moscow in 2019, including traveling for sports events, as well as on business trips. 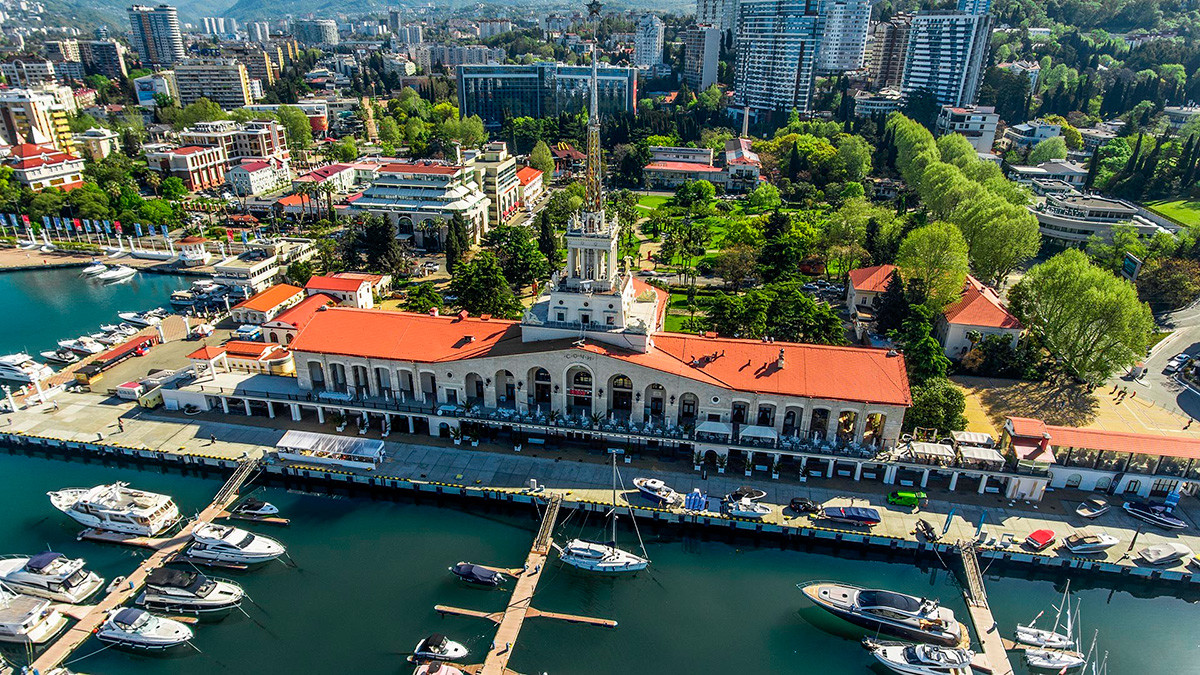 “If there is a heaven on Earth, it’s the Krasnodar Territory.” (Если есть на свете рай - это Краснодарский край). This is a popular proverb in Russia, which was proved by about 16 million domestic tourists in 2019. Indeed this region in the south is a great place for summer holidays - it’s situated on the coasts of two seas - the Black Sea and the Azov Sea - and has lots of resort cities (such as Anapa, Gelendzik, Novorossiysk, Eisk, etc.). And the most popular destination is, of course, Sochi and its suburbs.

Many Russian kids go there for summer camps and return as adults - and there is accommodation for all budgets and entertainment for all tastes. The climate there is mild, so even visiting in winter is a great idea - and a short train ride up its mountains will take you to Sochi’s great ski resorts.

“As a student, I loved going to our Moscow State University camp two hours by train from Sochi,” Julia from Moscow says. “It has it all: nice beach, gorgeous view of the Caucasian mountains, cheap and great local food. We met lots of people from the city of Krasnodar - which doesn’t have access to the sea, so the citizens spend each weekend in Sochi.” 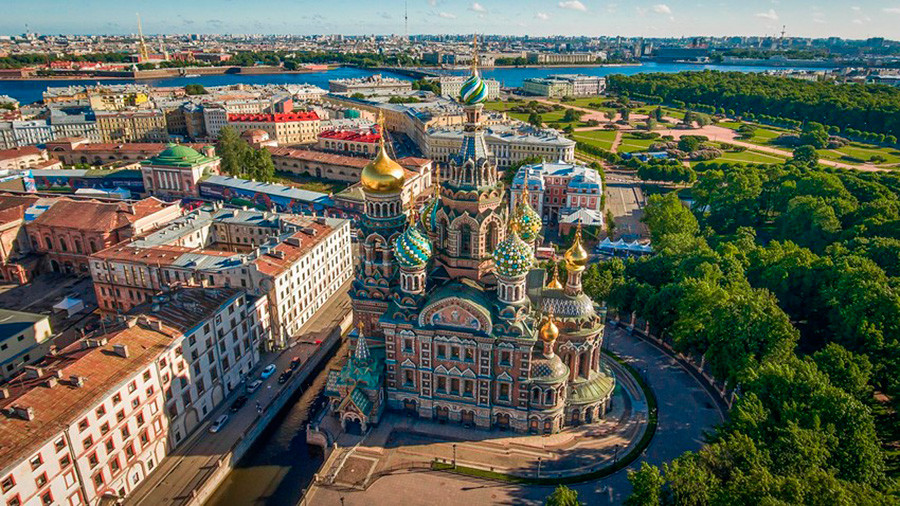 This city is often compared with Venice, Amsterdam and other historical European cities. And indeed, it was specifically built as a “window to Europe”, because Emperor Peter the Great wanted Russia to be more like a European country.

About 9 million tourists from all around Russia visited the city in 2019. “When you come to St. Petersburg, it seems that there are more royal palaces than ordinary living houses, and you just can’t get enough of the beauty that surrounds you,” says Sasha from Moscow, who tries to spend one weekend a year in the northern capital.

There are plenty of ways to get to St. Petersburg from Moscow, so there are almost never problems with tickets (unless big international events such as the annual Economic Forum).  As a rule, St. Petersburg is a destination for two- or three-day school trips. It’s a perfect place for historical and cultural enrichment. Here are 5 must-see places for your first visit. 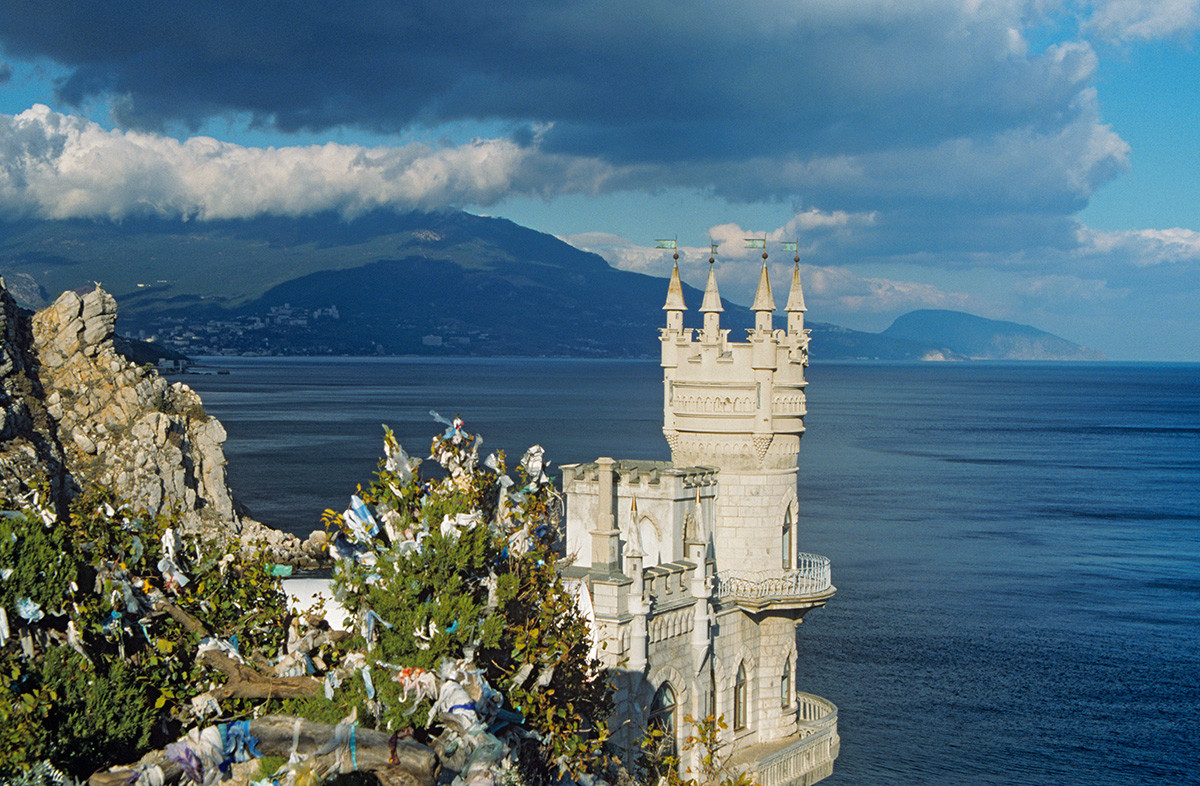 Crimea has always been a favorite resort for Russians - Chekhov and Tolstoy liked coming here, and its nice climate is perfect for recovering from a range of illnesses. Russian tsars had residences here, which were turned into Soviet sanatoriums. There is also the legendary ’Artek’ pioneer camp, which is still in operation. And in 2019, about 7 million Russians visited Crimea.

The peninsula has a big number of resorts all around its perimeter, but one of the most popular cities is Yalta, the ‘Russian Rivera’ and the main city of the southern coast. While in Sevastopol, you can not only have a rest, but also explore ancient history, as there is a museum on ruins of the Greek colony Chersonesus. At the same time, Sevastopol is a city with navy and military glory, that was under siege many times and successfully fought and defended the peninsula.

Besides the great sea resort, Crimea also has mountains and its peak, Ai-Petri, is a great place for climbing - check out our video about this sight. 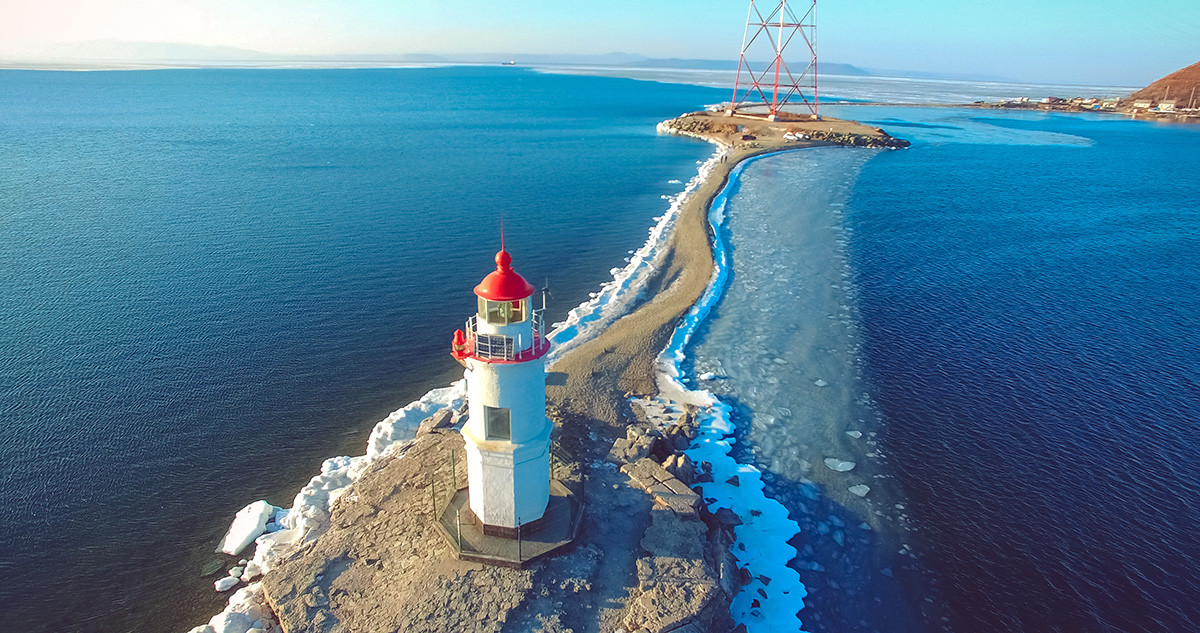 For a Moscow citizen, a ticket to Vladivostok can cost as much as an all inclusive package tour to Turkey (and many Russians would actually choose Turkey), however, the idea of appearing on the other side of the world - and still be in Russia - is exciting. And it’s all about nature and the ocean there. In 2019, more than 4 million Russian tourists visited Vladivostok, and the number of foreign tourists is rapidly increasing every year.

“Comparing with the noisy, crowdy Moscow, just observing Vladivostok’s giant bridges and remote mayaks is a kind of meditation and an absolutely different feeling of your surroundings,” says photographer Gleb, who considers it lucky to have had a chance to visit Vladivostok on a business trip.

Another appealing thing about the Far East of Russia is the seafood - ordinary citizens of central Russia don’t usually get to try Kamchatka crab at home, but here, it’s absolutely affordable. And moreover, there are also lots of museums, art galleries and many interesting sites to explore. 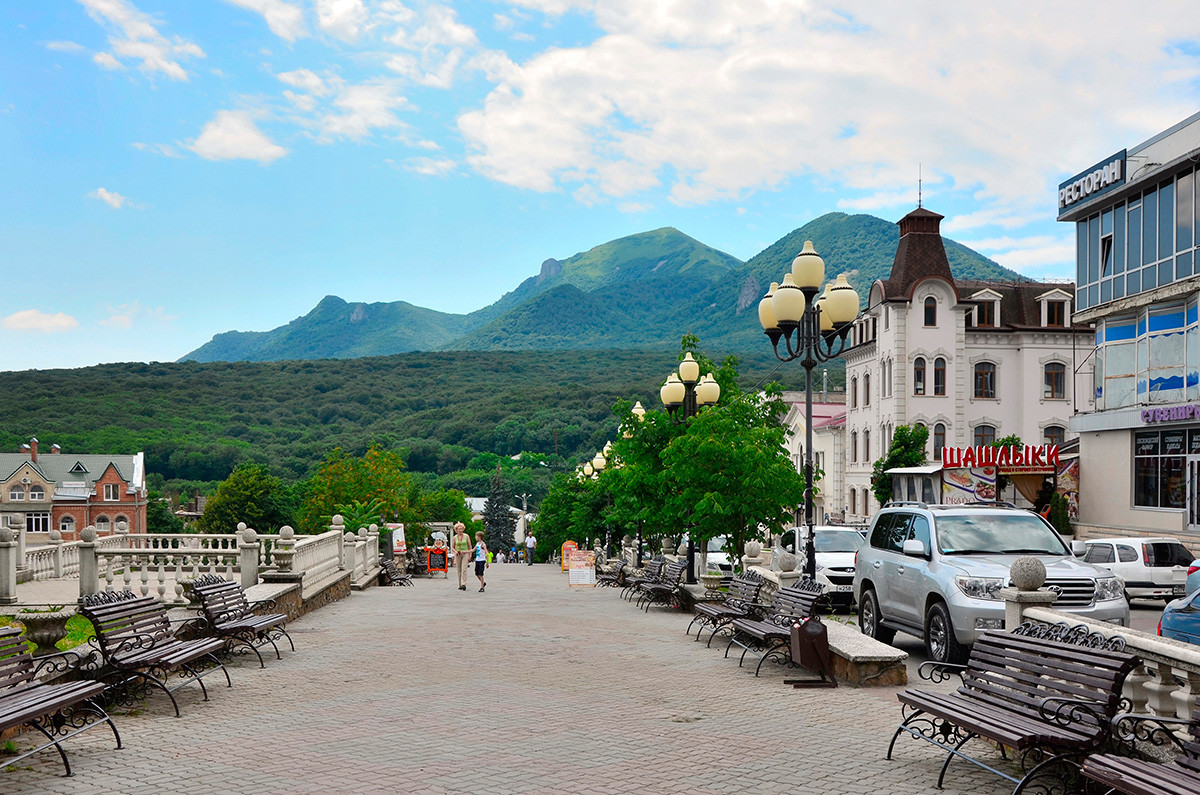 Caucasian Mineral Waters is a group of resort cities in Stavropol Territory, among them are  Pyatigorsk, Zheleznovosdsk, Kislovodsk, Essentuki and Mineralnye Vody (most of the titles are somehow related to water).

“I love going to Kislovodsk, drinking mineral water and adoring the Caucasian Mountains,” says Vladimir, admitting that he doesn’t need to visit “any places abroad”. Vladimir is lucky - his work provides him a discount package tour to Kislovodsk.

It has to be said that prices there are not that cheap, however, these resorts offer a range of medical treatments and special water drinking programs. These places have been popular destinations since the 19th century, that Russian writer Mikhail Lermontov famously described in his novel ‘Hero of Our Times’ - and, in fact, Lermontov was killed in a duel in Pyatigorsk… In 2019, around 2 million tourists visited the resorts. 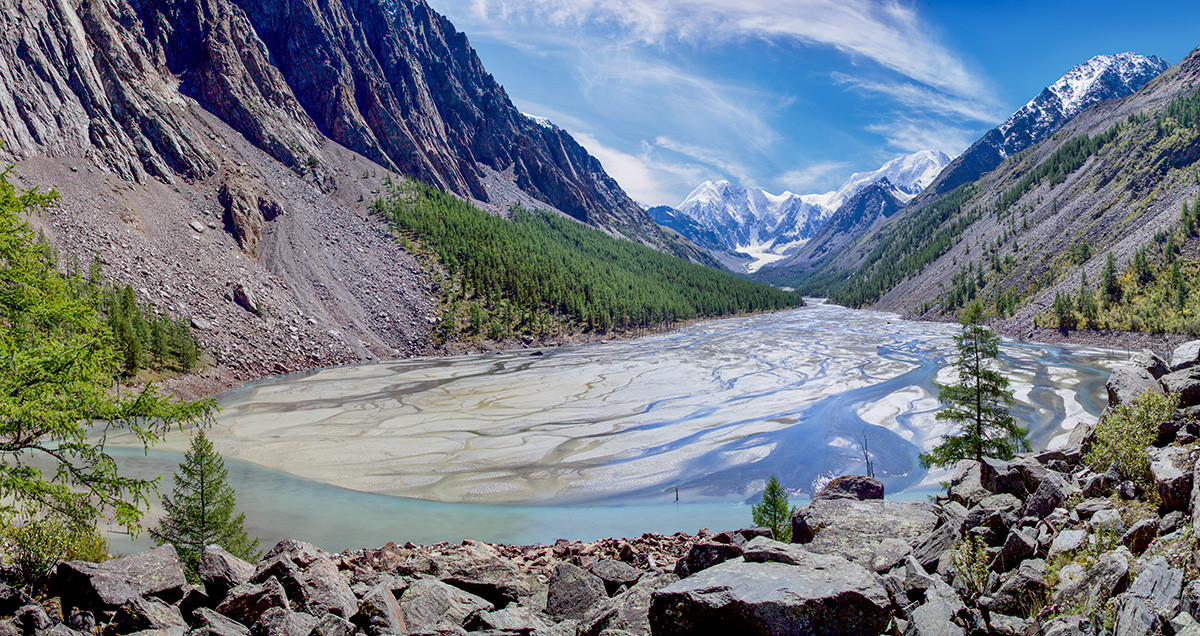 Mountain lake in the Altai

This is one of the most beautiful places in Russia, though not that easy to reach and still with a poor infrastructure. Going there, one should always take enough spare money and it’s best to arrange a car or hiking trip (here are some other tips). Tourist agencies also offer exhilarating horse riding in the mountains. And all the lack of comfort and inconveniences will be forgotten after you follow along Altai’s Chuysky Trakt, one of the most picturesque highways in Russia.

“That’s probably the most beautiful place I’ve ever been to and the most unforgettable and extreme experience,” says Kira from Kuznetsk/Moscow, who went on a wild car trip.

By the way, Altai is also a land of Buddhism and shamans, and while visiting, you can see nomads in yurts, listen to the kaichi, local musical storytellers. 2 million Russians had the chance to do this in 2019. 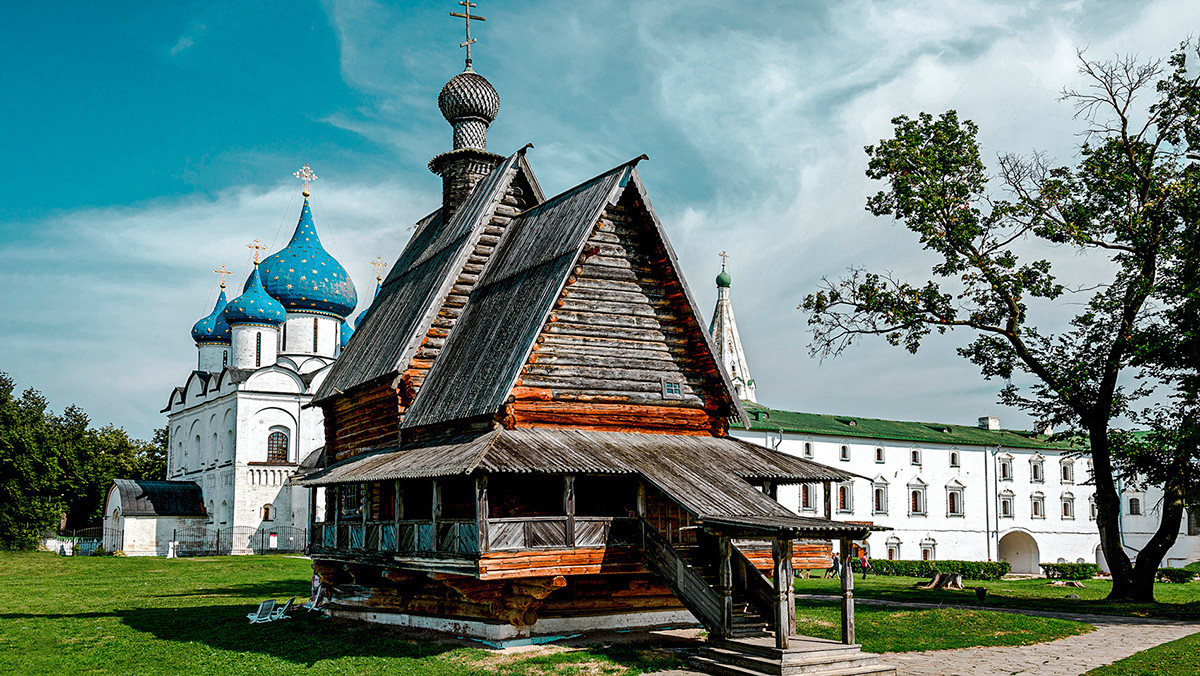 This is a touristic route and a group of ancient cities about 200-300 km outside of Moscow. About 300-500 thousand Russians visit each of the nine cities annually. When a big city inhabitant wants to escape and feel the atmospheric and authentic Russia, they come here. Forts and monasteries built in the 11-12th centuries, golden dome churches, the Volga River or huge lakes, endless fields or dense wood can all be found along the Golden Ring. There is an experience for all tastes there. Read more in our short guide to the Golden Ring cities.

Prices there are rather cheap and getting there is rather easy. To attract even more tourists, the local tourist boards recently set up a number of glamping hotels, which will make you feel closer to nature, while not foregoing any luxury!

“The first place that I took my Italian husband to in Russia after Moscow was Suzdal, I wanted to surprise him with the real Russia, to show him the wooden houses with carved window surrounds and he was absolutely amazed,” says Alina from Moscow, now living in Munich. Unfortunately, booking a hotel in Suzdal can sometimes be problematic, especially during official holidays in Russia - there are too many tourists who want to stay in this gingerbread fairy tale paradise!

These two destinations are not represented among the most popular ones, because they are considered expensive, sometimes not comfortable and hard to get to. However, these places deserve a special mention, because secretly, all Russians dream of going there. 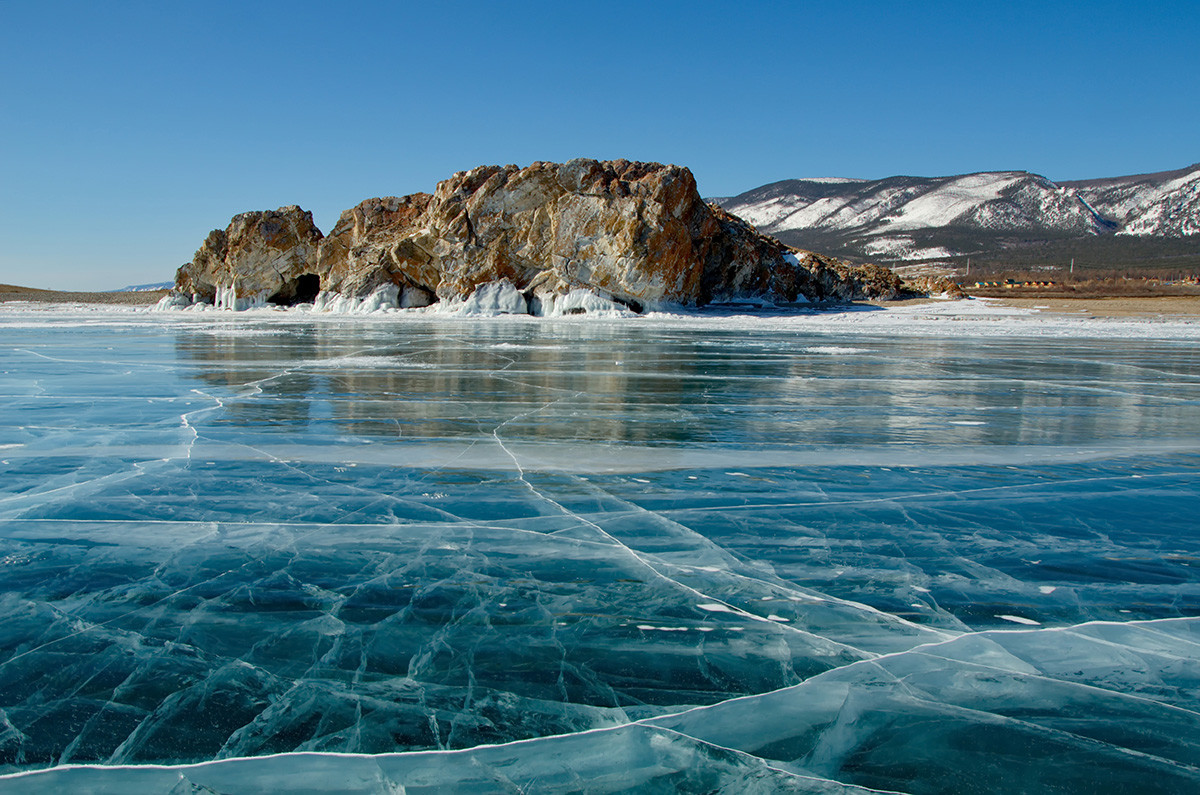 This place never gets onto any top tourist destination lists. But when you ask a Russian where they would like to go before they die, it’s very likely that they will say: “Baikal”. The unique lake and a holder of numerous records regarding water amount, deepness and amount of animals and fish that one can encounter there… is a land of shamans and enormously beautiful nature.

In summer, tickets there are rather expensive, but in winter, they are much more affordable. That’s what Vsevolod Pulya, our editor-in-chief did this year, and according to him, he left a part of his soul in the ice of Lake Baikal, which freezes in unusual and many kinds of shapes.

Don’t forget to watch our travel documentary about Lake Baikal. 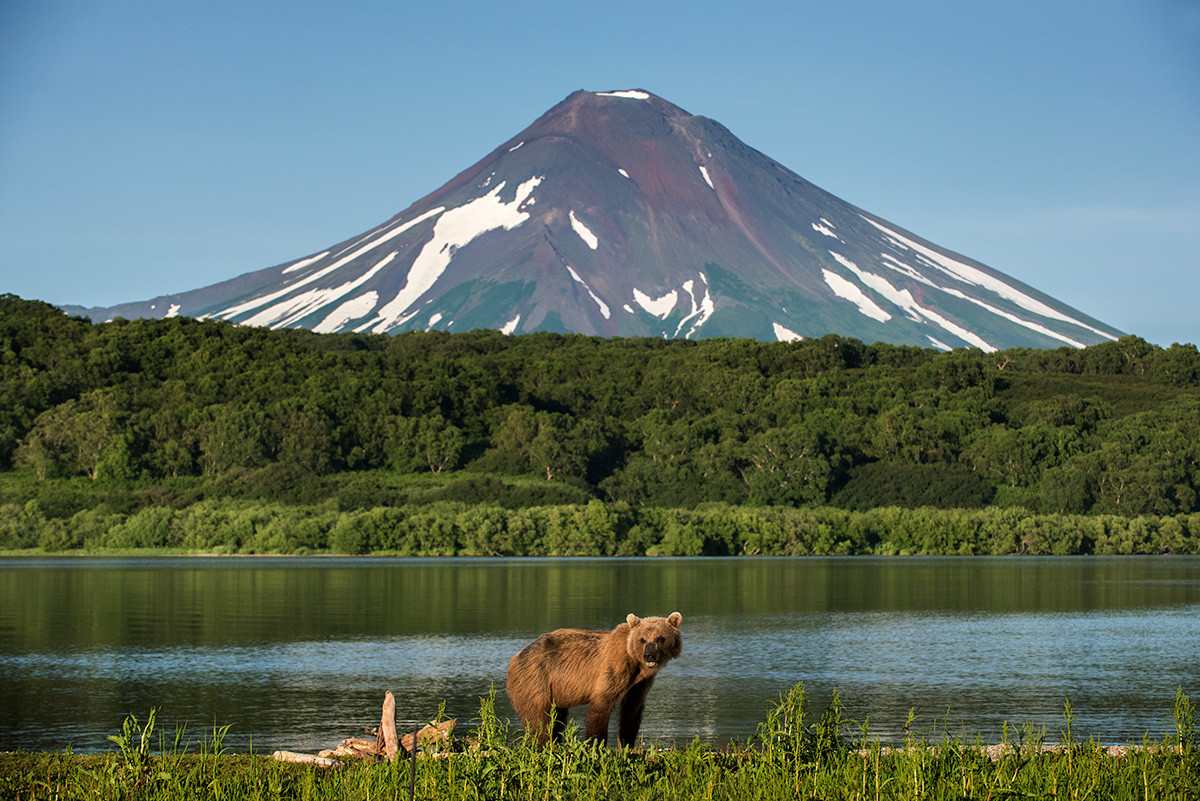 A bear at the Kuril Lake in Kamchatka

The remote peninsula in Russia’s Far East is a dream of all the extreme seekers and nature lovers. It’s a land of Geysers, volcanoes and a wide range of activities. In summer, one can kayak, hike, fish, surf, see bears and whales. In winter, it’s mountain skiing and snowboarding. Despite a lack of proper infrastructure and having to rent an expensive helicopter ride to reach the top, nothing can express the emotions that one can experience sliding down right to the ocean.

Vladimir and his friends used to travel a lot around the world, but several years in a row now, he visits Kamchatka one to two times a year. “Snowboarding in Kamchatka was so exciting and so different from what I’ve experienced before, that I just don’t want to go to the Alps or anywhere else and I save money the whole year to make another trip to this edge of the world,” says Vladimir.

However, visiting Kamchatka is very expensive! Plane tickets to get there and then renting helicopters, off-road vehicles, boats, as well as all the equipment will cost a small fortune, and moreover, prices for ordinary foods are, naturally, much higher there. Time to start saving!

READ MORE: How to get an e-visa to Russia and which cities you can visit with it