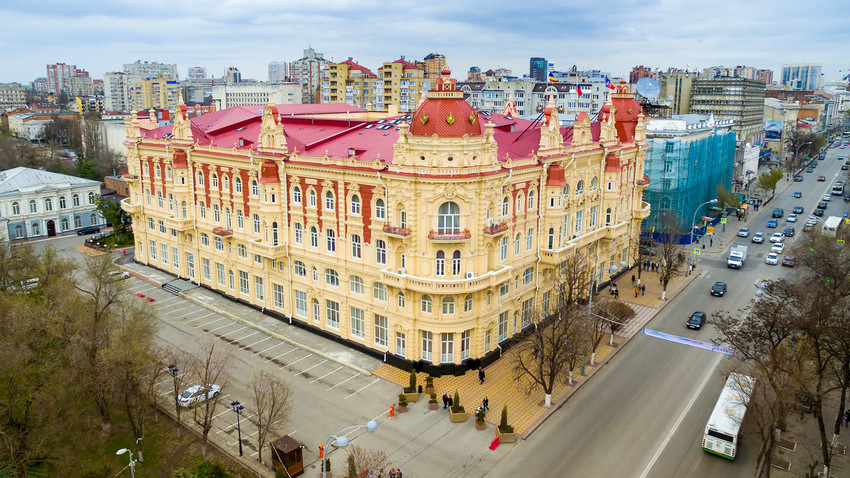 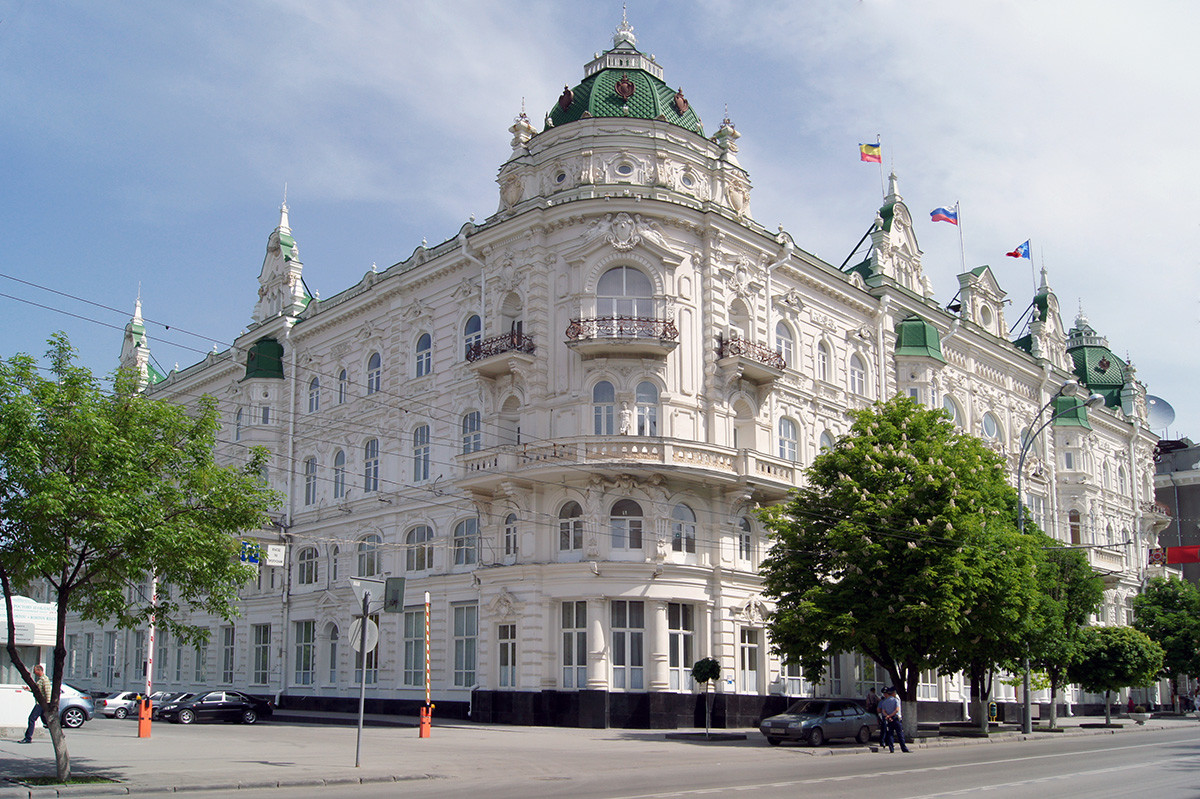 This building used to host the City Duma House before it became home to the Mayor’s office. This remarkable building was a project of Alexander Pomerantsev, a famous Russian architect who designed the Alexander Nevsky Cathedral in the Bulgarian capital of Sofia, built from 1897 to 1899.

The building was built in the Beaux-Arts style, an architectural style that mixed the principles of French neoclassicism with Gothic and Renaissance elements. A fire damaged the building in 1922 and WWII did too. Restored after the war, the City Hall to this day remains one of the most beautiful buildings in Rostov-on-Don. 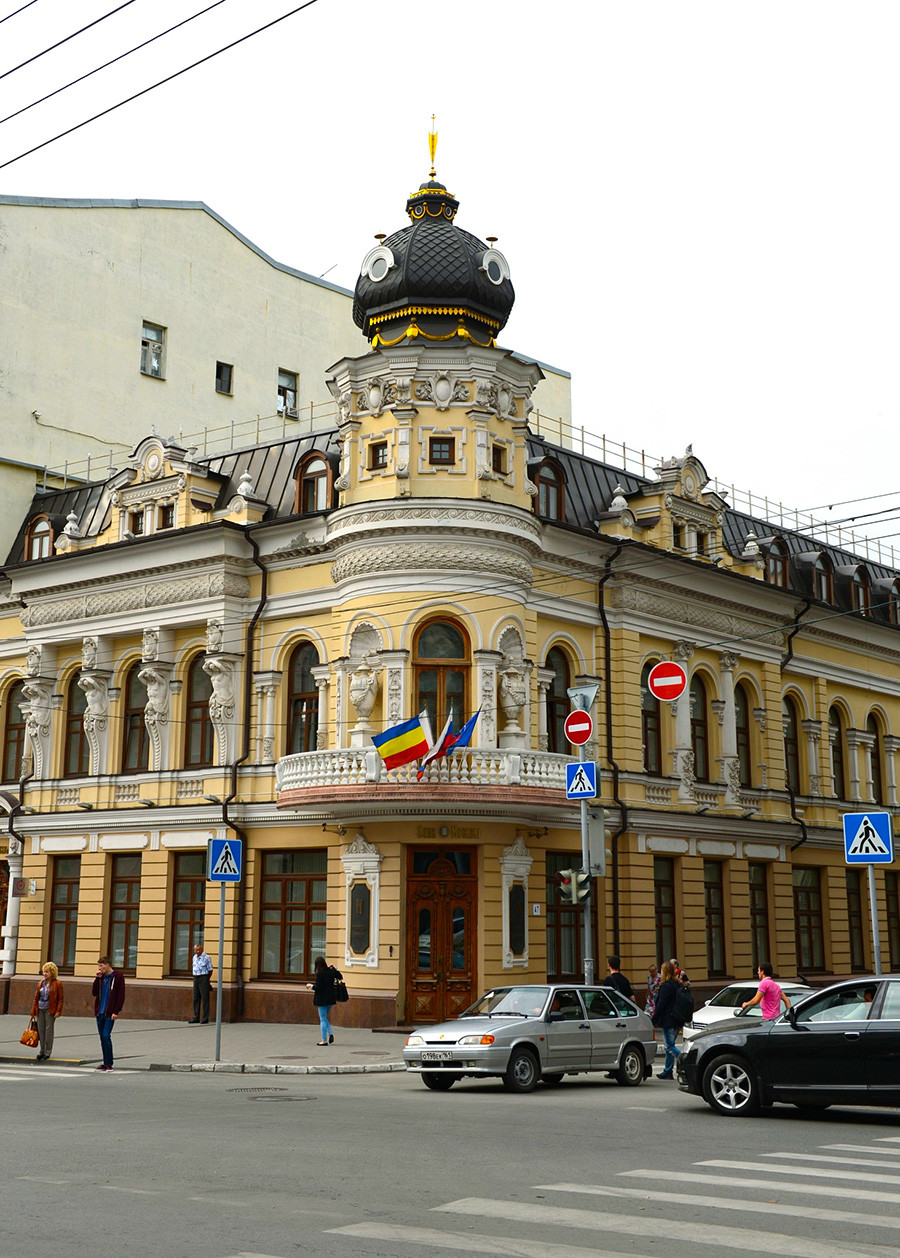 This magnificent residential house was built in 1899 as a present for a paramour of a rich man. The building’s main feature is the belvedere decorated with a miniature dome. The facade of the building is striking in appearance, decorated by sculptures and a massive balcony.

The original owner lost the building, as it was nationalized after the 1917 Bolshevik Revolution. Since then, throughout the years, the building has hosted a dressmaking school, a prosecutor’s office and an archive.

The building went through a major reconstruction in 2001. Since then, it’s hosted a bank office. It also has the status of an object of the cultural heritage of regional importance. 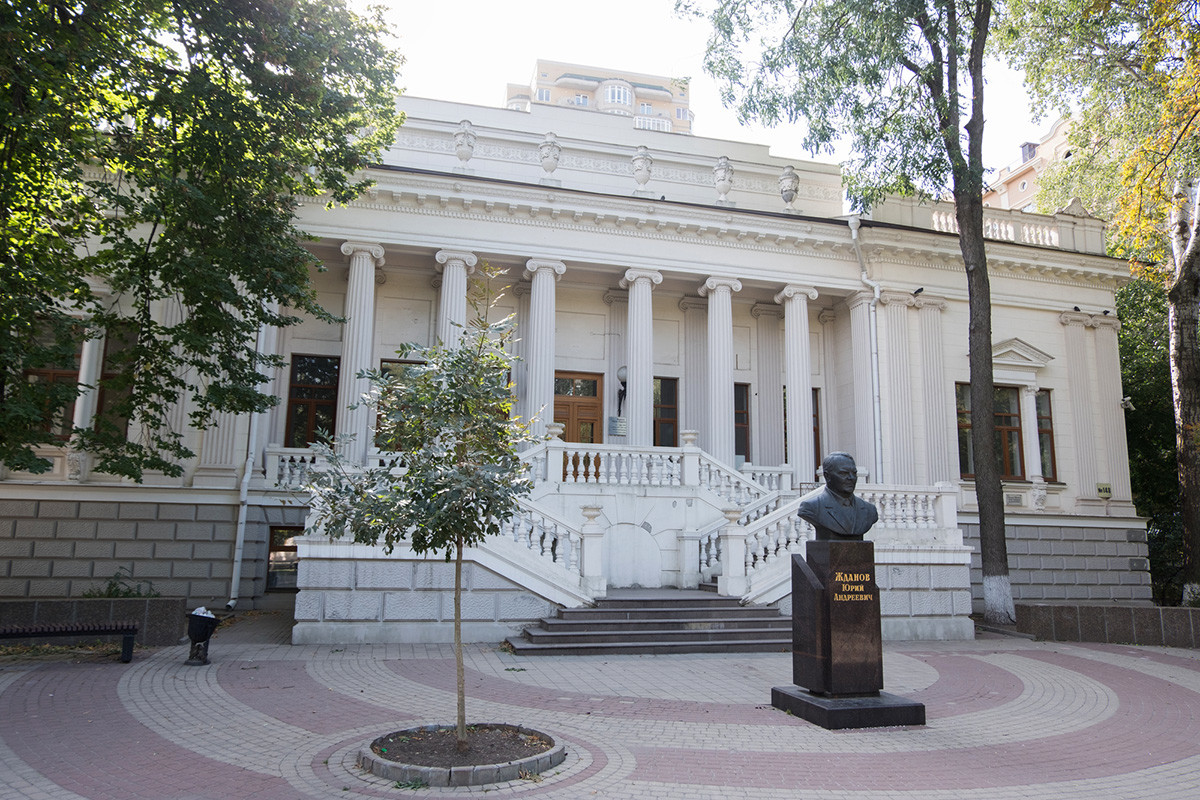 Another residential building on our list was built in 1914 for a millionaire Nikolay Paramonov, who had just been amnestied from a three-year prison term he was sentenced to for “disrespecting the authorities and calling for the overthrow of the state system” in Tsarist Russia.

The uncompromising millionaire lived there with his wife and children up until the building was requisitioned by the Bolsheviks, whom Paramonov had supported only a few years before that.

A fire damaged the building in 1918, but it was reconstructed in 1923, only a few years after Paramonov had fled from the turbulent country to settle in Germany. In the 1930s, the building was turned into a local museum and, later, into a library.

4. The building of the State Bank 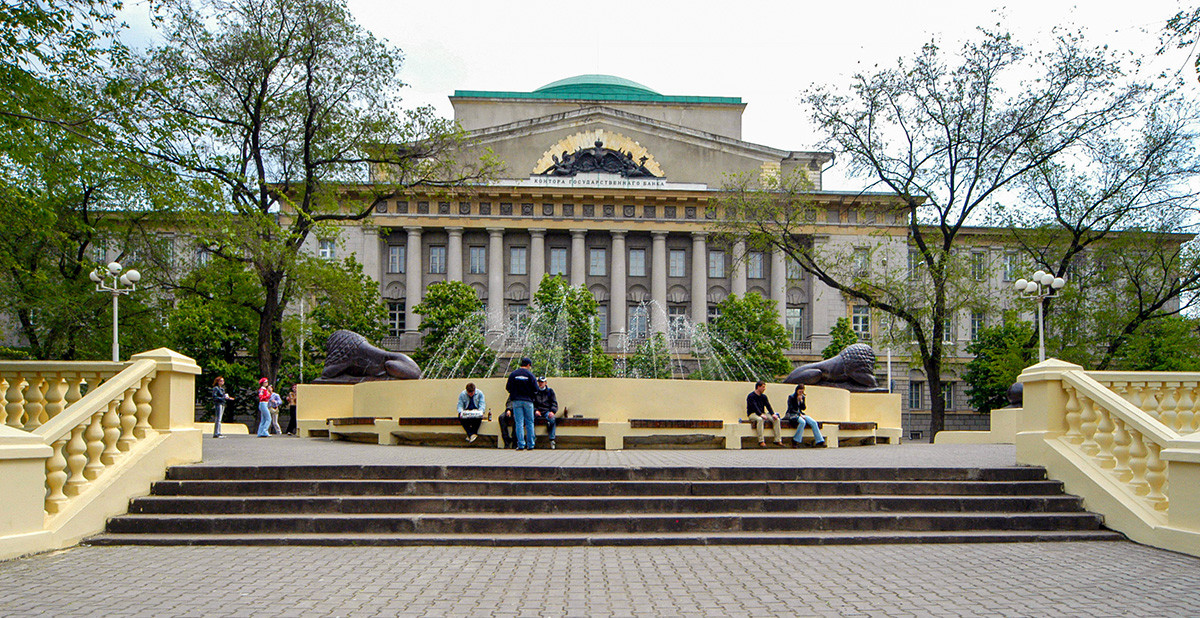 Constructed in 1915, it was originally built as a replacement to a much smaller building occupied by an office of the State Bank of the Russian Empire.

Like many other notable buildings in the city, this one was nationalized by the Soviet regime after the Russian Revolution. The building underwent its latest reconstruction in 1994, during which the original heraldic composition and the sign of the state bank office were restored.

Today, the historic building hosts a Rostov branch of Russia’s Central Bank. It, too, has the status of an object of the cultural heritage of regional significance. 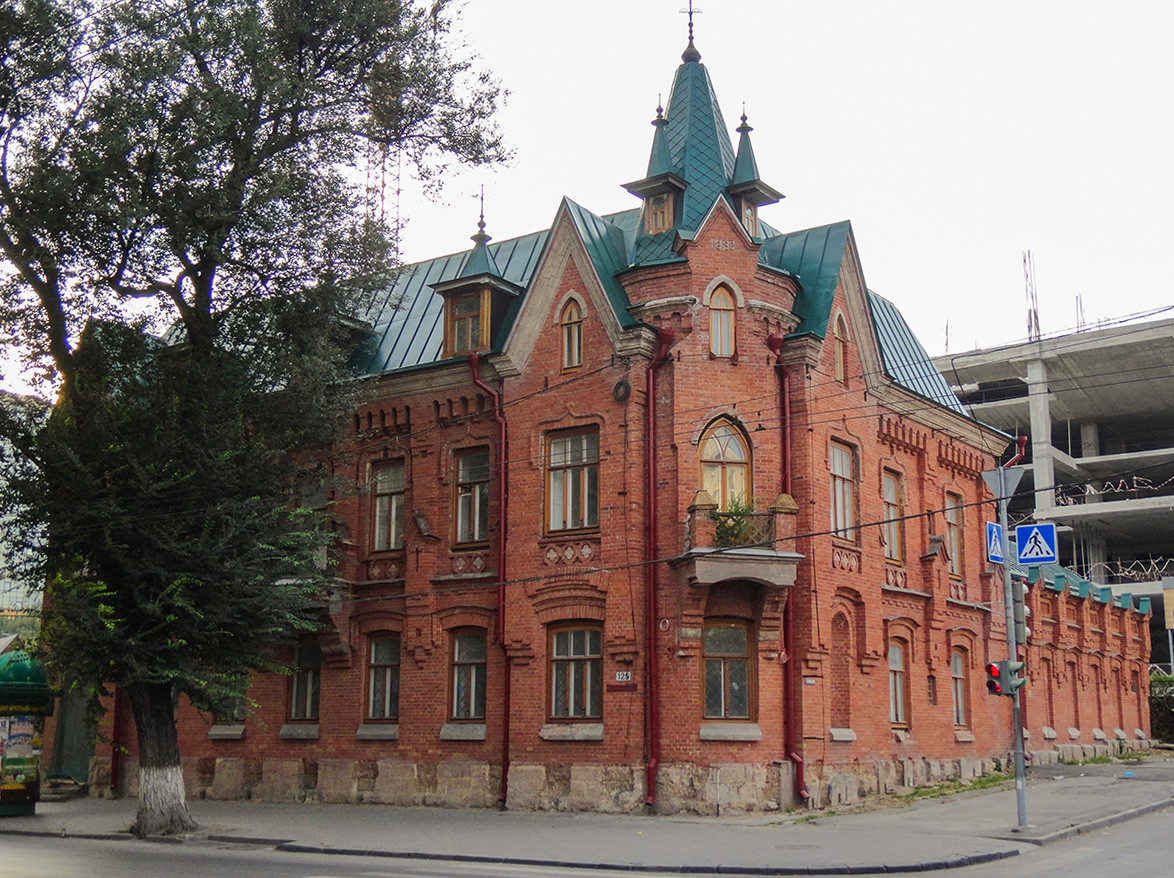 A local architect designed this building with construction being completed in 1893. The first owner of the building was British subject Ivan Martyn and his family. Its unusual architectural style combined Russian and German influences: the two-story building also has a small tower.

In the 1920s the building was nationalized and transformed into communal apartments. Then, in 2007, the building was given to a museum complex dedicated to the life and work of author Mikhail Sholokhov. 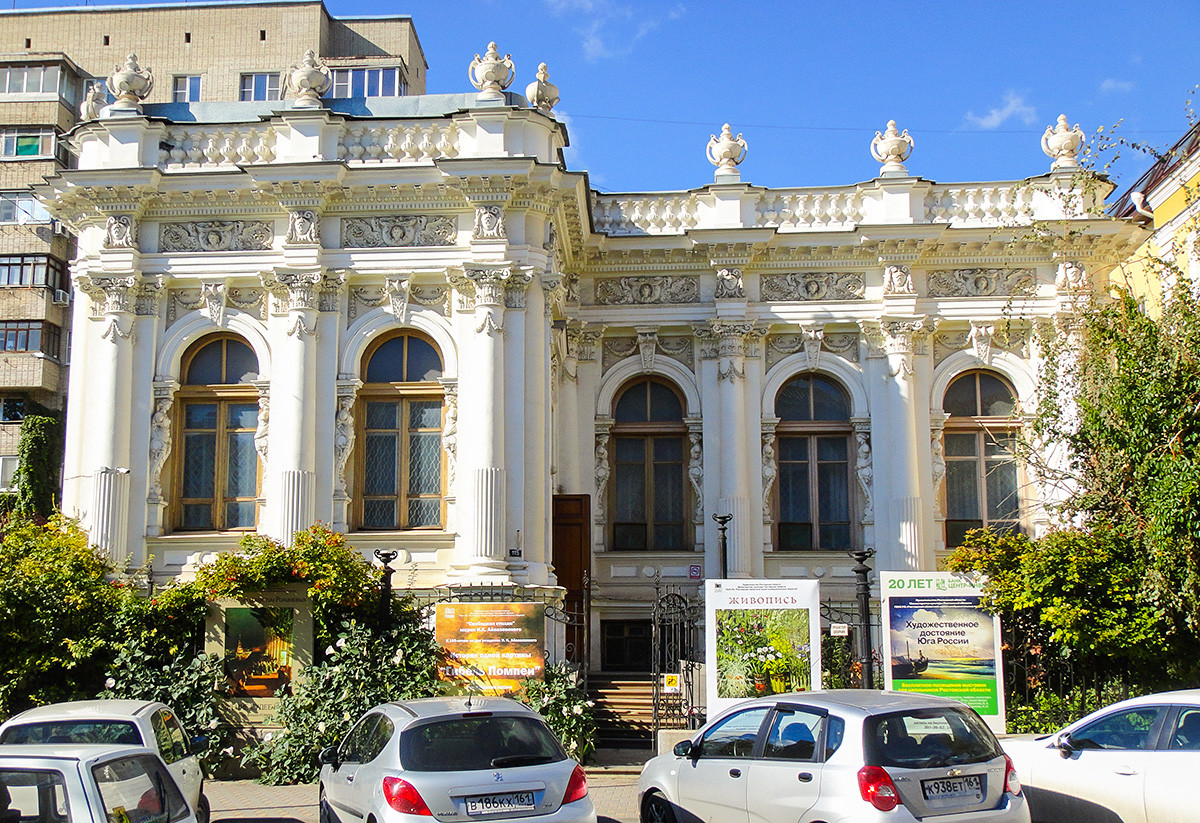 This building was constructed at the end of the 19th century and has an unusual story of ownership. In 1898, it belonged to a railroad company that promised it as a bonus to any lawyer who would help it win a business-related hearing in court.

Rostov lawyer Apollon Petrov stepped forward and helped the company win the case. Not only did he receive a position as legal adviser to the management of the company as a result, but he also became the rightful owner of this magnificent and luxurious residential building, where he lived with his wife and children.

After the Russian Revolution, Petrov resettled in France, while his mansion was nationalized. In 1959, the building was transferred to the Rostov Regional Museum of fine arts.

7. School of household economics and cooking 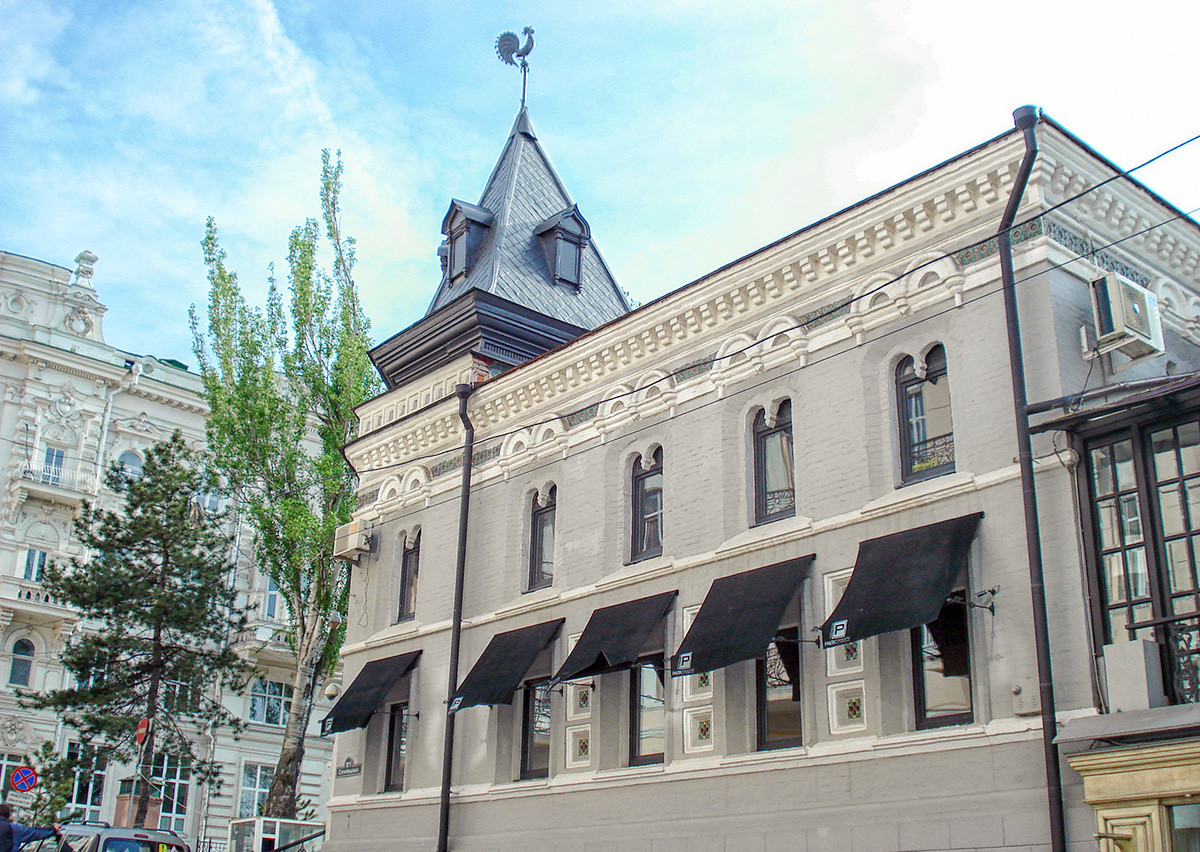 Nikolai Tokarev, a rich merchant from Rostov, used his funds to launch a school where pupils were taught household economics and cooking in 1898. Two years later, in 1901, the merchant sponsored the construction of a two-story building that would host his school. Upon completion, Tokarev gave the building as a gift to the city.

In Soviet times, the building hosted a canteen, yet in the 1990s, it was privatized. In 2009, the building was acquired by a restaurant business. The new owners changed the original reddish color of the walls to grey.

At the time of construction in 1935, this building was a pearl of the Constructivist architectural style in the USSR, one that aimed to reflect modern industrial society by rejecting decorative stylization and alluring to industrial progress.

In particular, the architects of the Maxim Gorky Rostov Drama Theater drew inspiration from the industrial boom in the USSR and designed the building to resemble a giant tractor with caterpillar tracks. 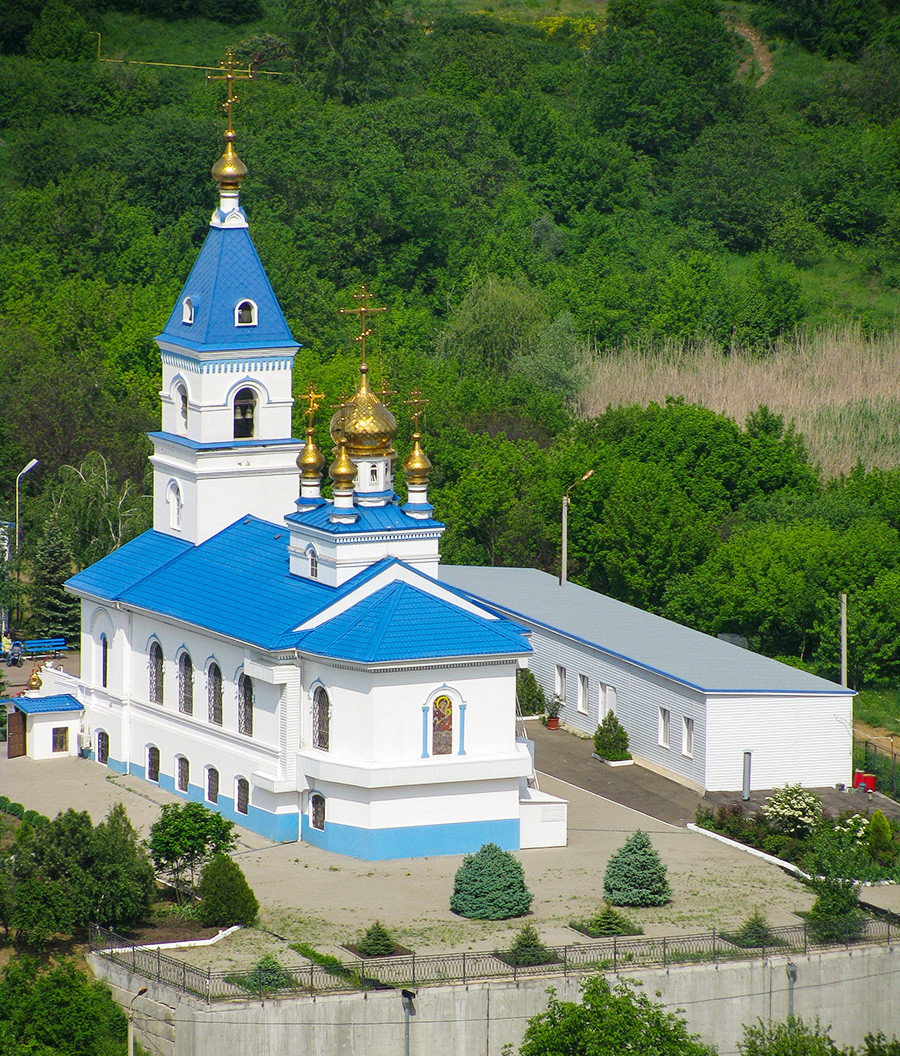 Legend has it that Samuil Fyodorov, a rich Rostov merchant, had  this convent commissioned for his daughter, who had wished to become a nun. The monastery was completed and consecrated in 1908.

Locals also believe that Nicholas II, the last Tsar, and his son Alexei visited the monastery when they were passing by Rostov. During WWI, the convent hosted an orphanage for girls from Poland.

The Soviet authorities shut the convent in 1929. Yet, in 1991, after the dissolution of the USSR, the female monastery was reopened. 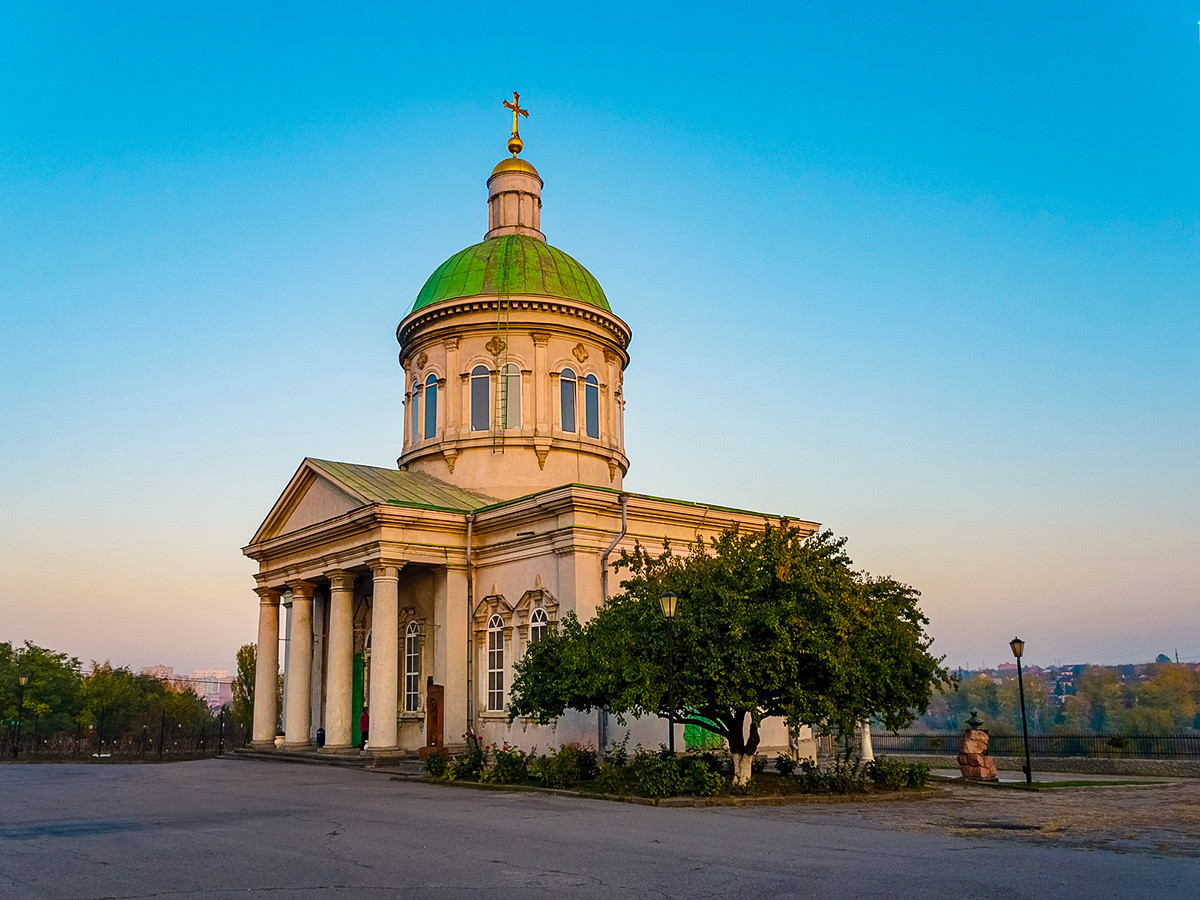 This 18th-century Armenian Surb Khach church is also known as the Holy Cross Church. Constructed between 1786 and 1792, it is often referred to as the oldest building in the city that has survived to today.

Now, it is one of the most popular places in Rostov-on-Don for the Epiphany bathing ritual among city residents.

Click here for 10 most BEAUTIFUL buildings & sites in Kaliningrad.