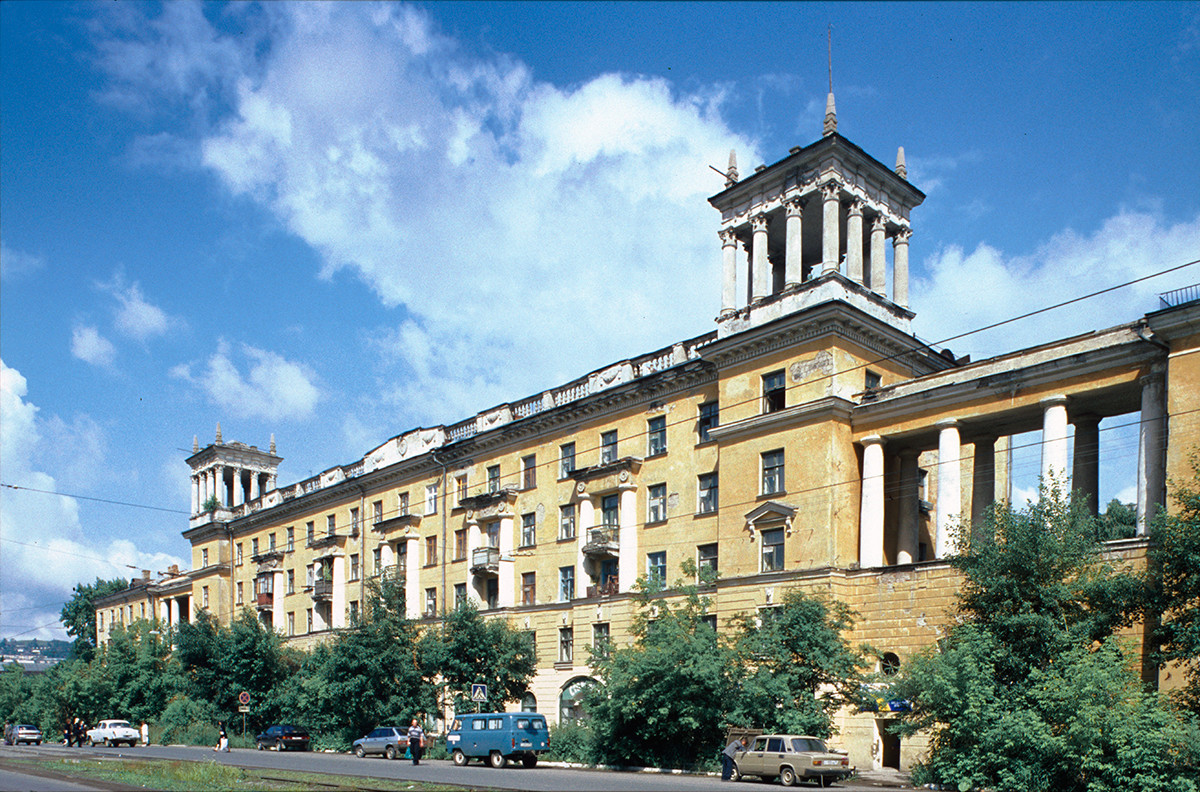 The town of Zlatoust is located on the small Ai River, some 75 miles west of Chelyabinsk. The Ai is one of the easternmost tributaries of the great Volga River basin, and consequently Zlatoust is itself located just to the west of the boundary between Europe and Asia. 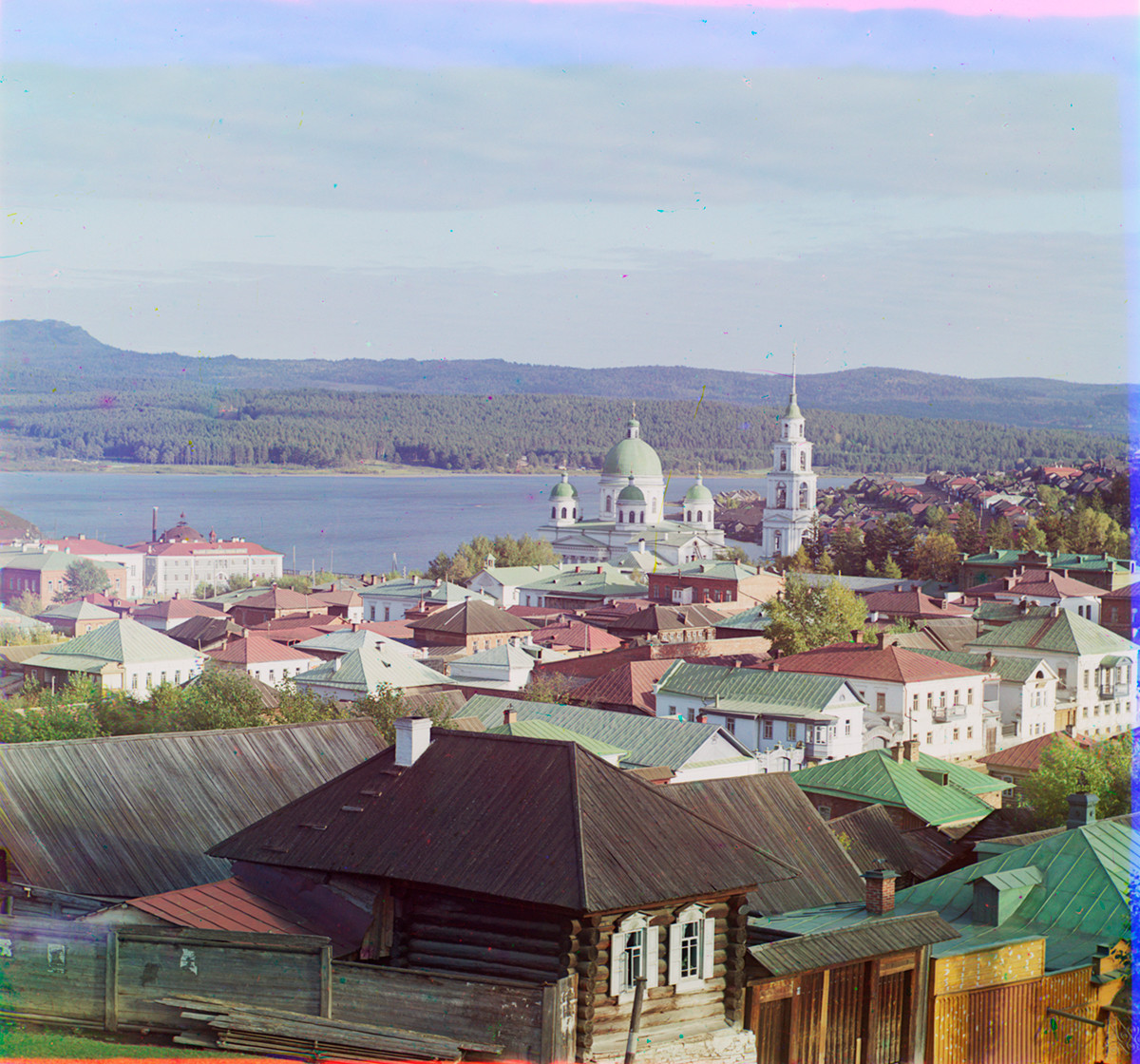 Zlatoust. View from Observatory toward southeast with Trinity Cathedral and City Pond on Ai River. 1909.

In September 1909, the Russian chemist and photographer Sergey Prokudin-Gorsky visited the town during the first of his journeys to the Ural mountains. Traveling with the logistical support of the Ministry of Transportation, he took views ranging from untrammeled nature to large factories over a vast area that extended from Perm, on the European side of the Urals, to Ekaterinburg and then to Chelyabinsk on the Asian side of the southern Urals. My own visit there occurred in July 2003.

From gold to iron 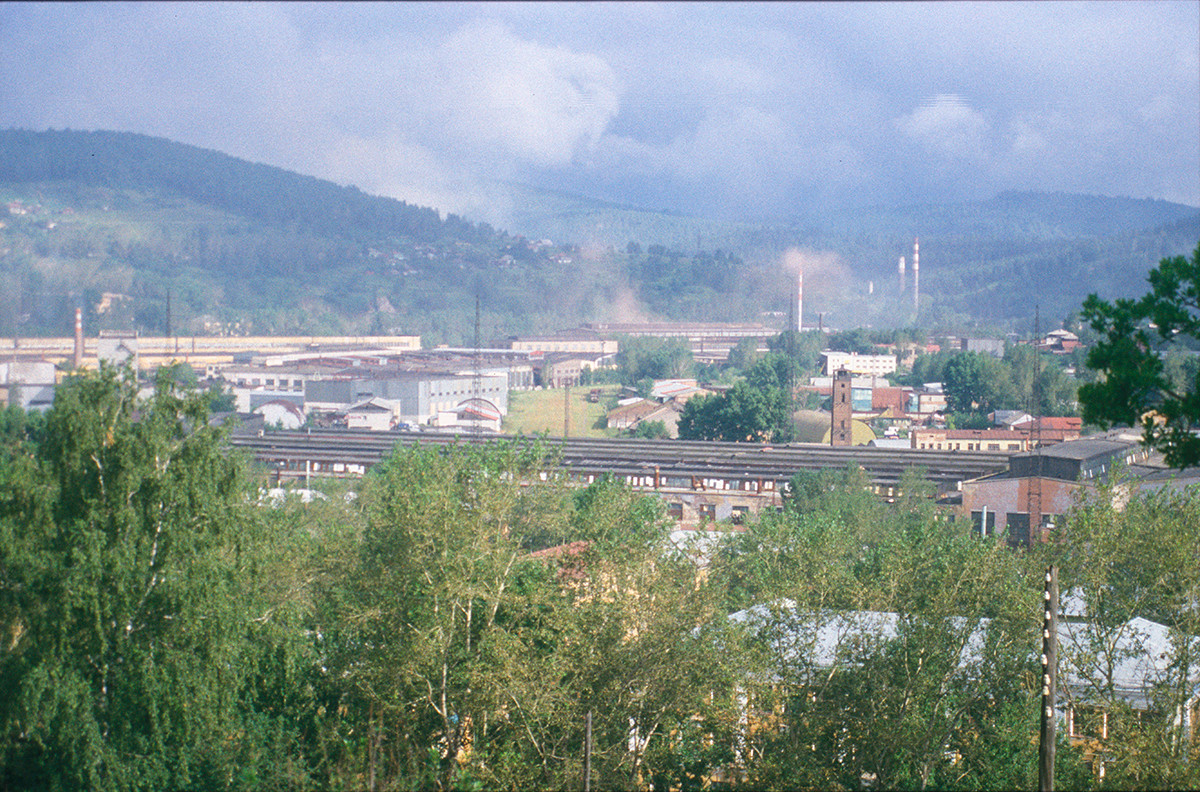 Moscow’s interest in this area can be dated to the latter part of the 17th-century, when rumors of gold deposits spawned more than one futile state-sponsored expedition extending into the early 18th century. Despite a lack of success in the search for gold and silver, the expeditions fortified Russian presence in an area inhabited by Bashkir and Tatar peoples. (A century later, in the early 19th century, substantial gold deposits were in fact found near the neighboring town of Miass, some 25 miles to the southeast.) 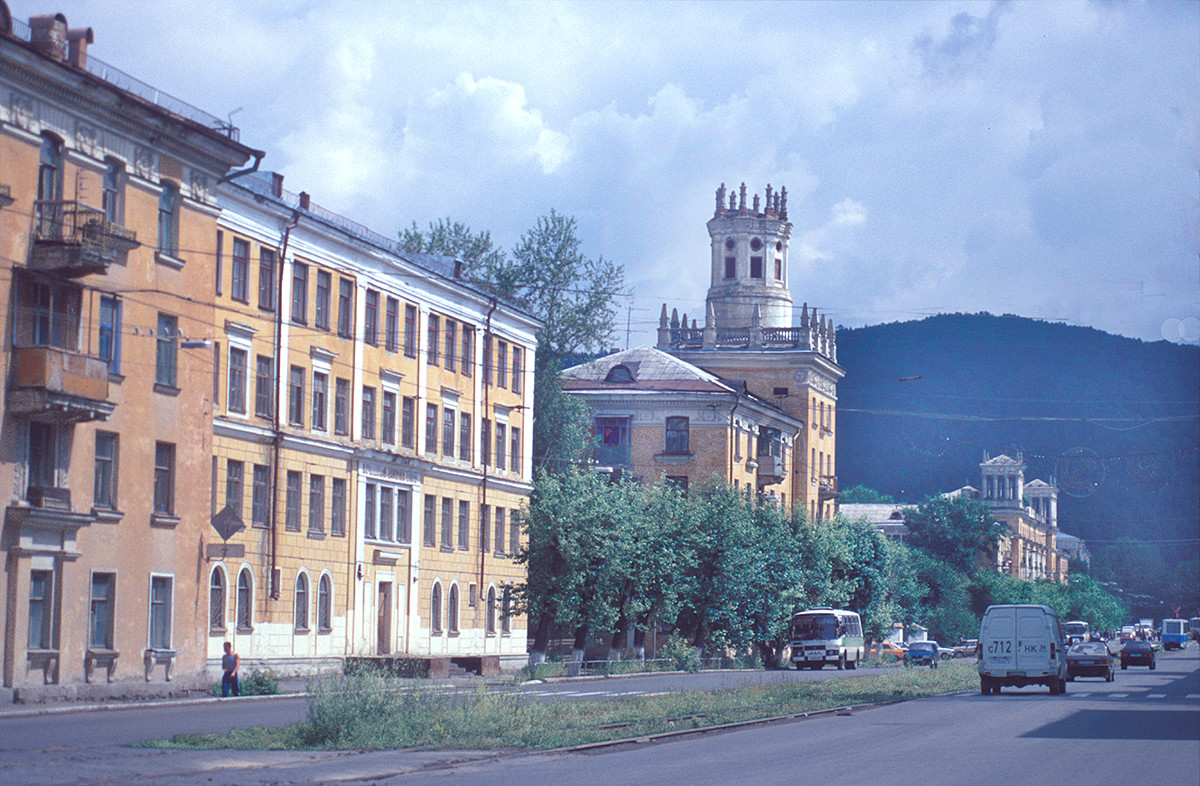 Yet another expedition, in 1741, discovered rich deposits of iron ore near Kosotur Mountain, and the site was marked for the development of a factory. A decade later, an agreement to develop the area was signed between the state and Alexei Molosov, an entrepreneur from the ancient town of Tula, who purchased the land from the Bashkirs. 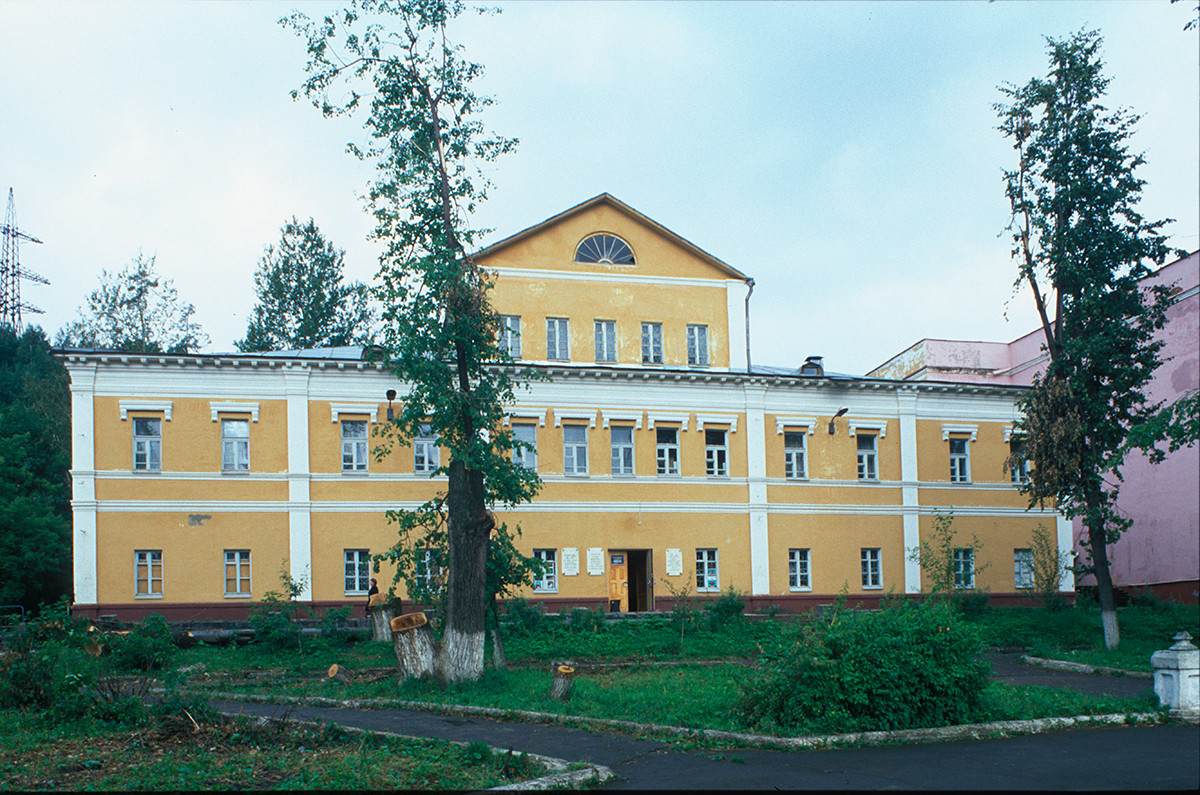 Molosov and his three brothers (partners in a Tula enterprise dating from 1728) initiated work on the factory in 1754, which is considered the town’s founding year. The name Zlatoust (“golden tongued”) derives from the Byzantine theologian St. John Chrysostom, known as “golden-tongued” because of his rhetorical eloquence. St. John was especially revered in the Mosolov family; two of Alexei Mosolov’s brothers were named Ivan in honor of the saint. 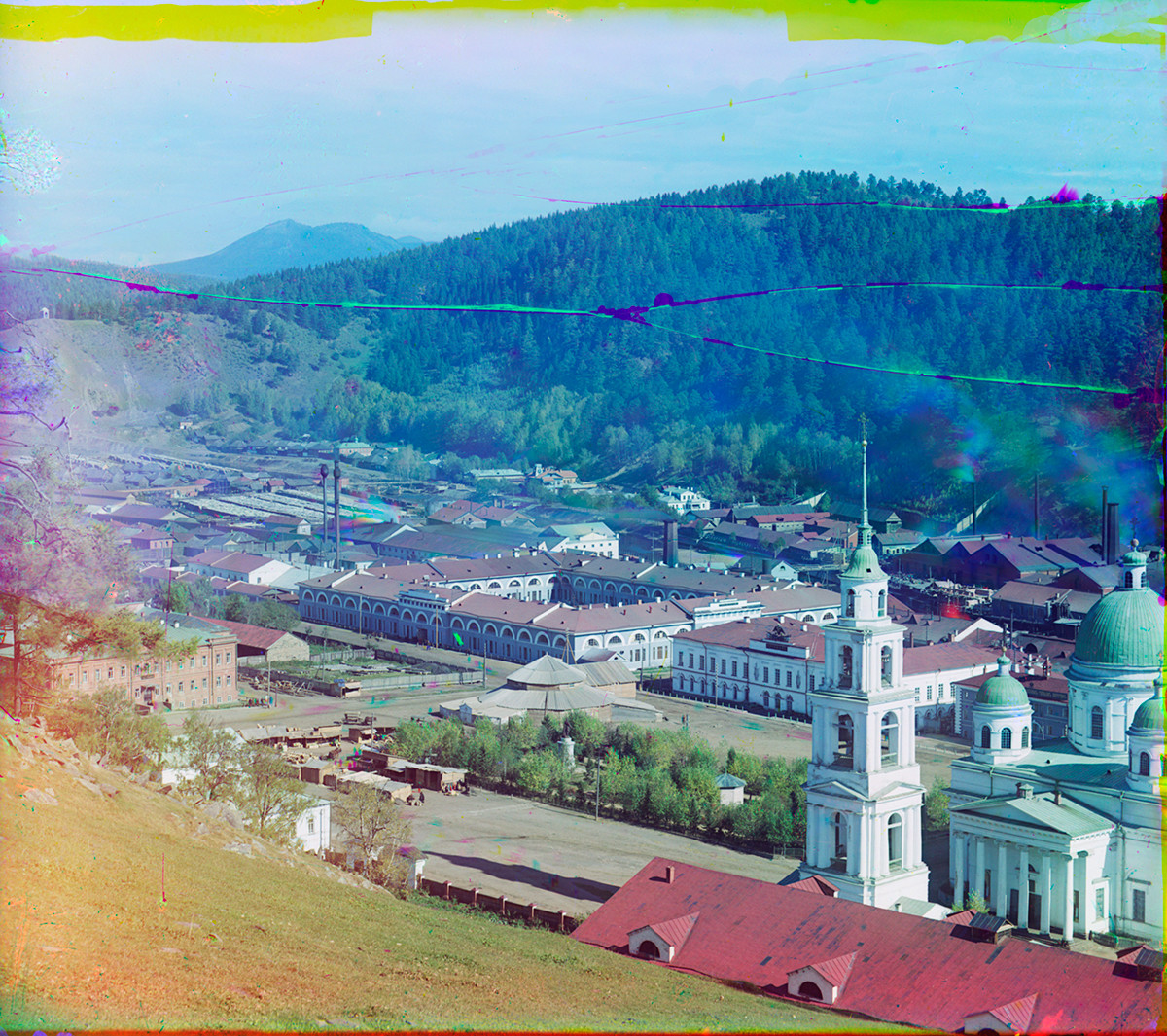 These grand plans were interrupted by Alexei’s death in 1755, and the church was completed only in 1865. Quarrels among the surviving brothers impeded factory construction, and not until 1760 did the new proprietor, Maksim Mosolov, complete basic construction with the labor of serfs from his Moscow area estates. Iron production began in 1761. 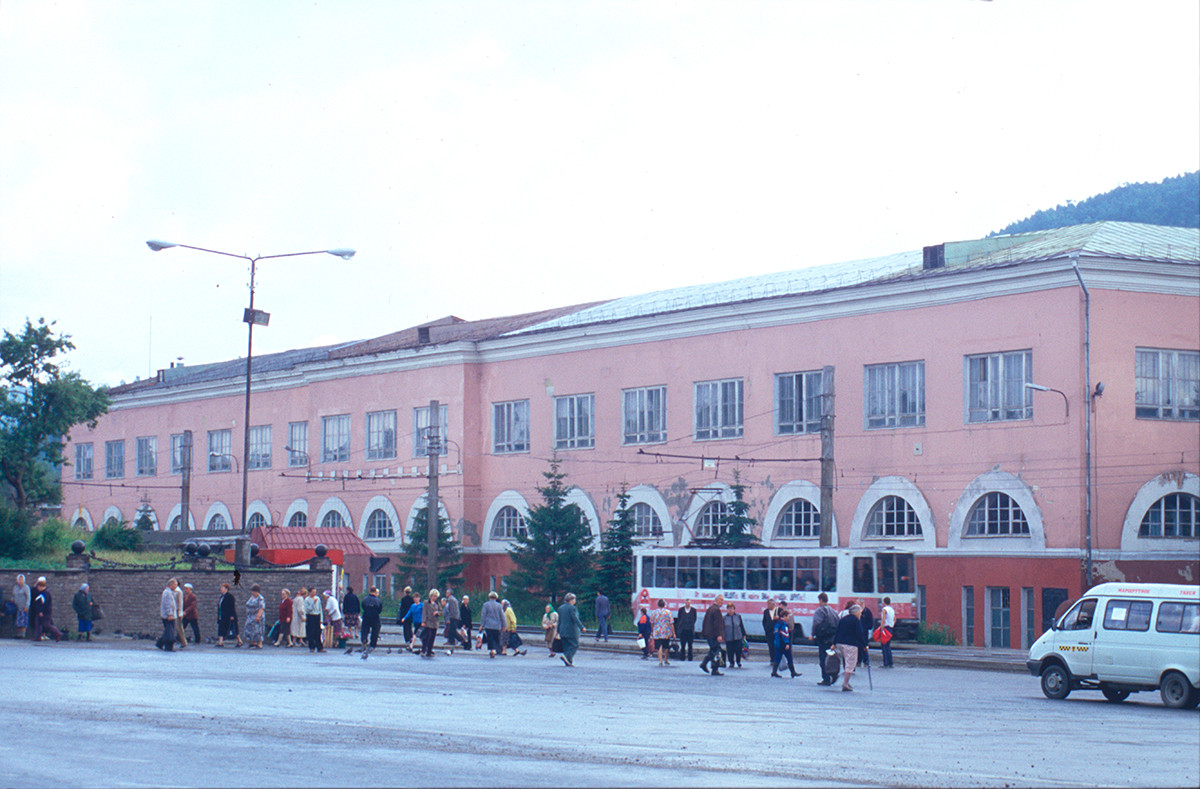 In 1769, the Zlatoust factory was purchased by Larion Luginin, another metals magnate from Tula, who made Zlatoust the center of his extensive operations in the southern Urals, including Miass. Luginin significantly expanded the factory’s capacity for the production of pig iron, cast iron and copper. 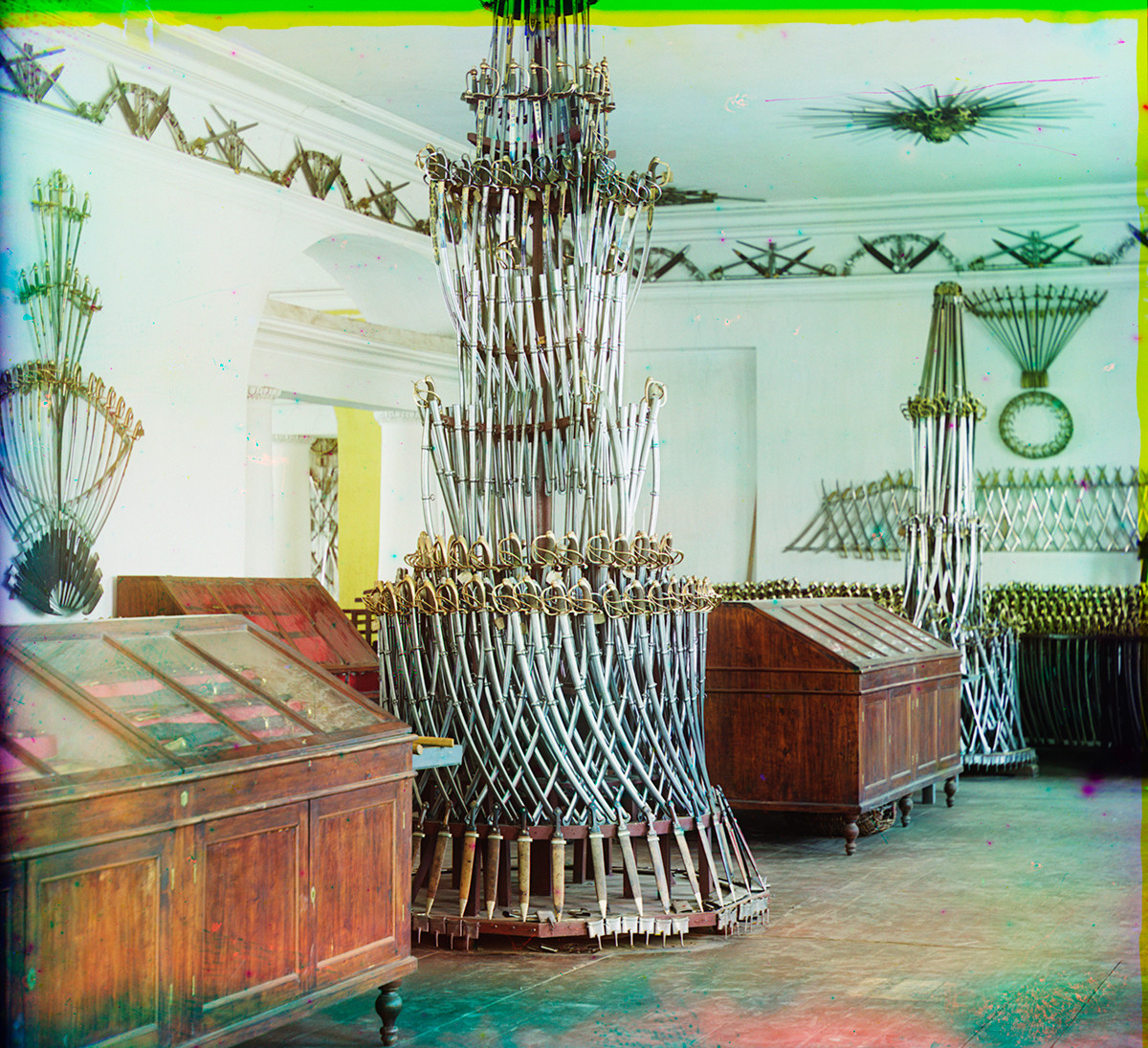 Production throughout the area was soon interrupted by the Pugachev Uprising, the largest popular revolt in Russia before the 20th century. Its came comes from its leading figure, Emelyan Pugachev, a charismatic fugitive Cossack who united disaffected peasant serfs and certain Cossack groups, as well as Bashkirs, Tatars, Chuvash and other ethnicities whose land had been absorbed by the expanding Russian Empire.

Pugachev based his authority on a claim to be Tsar Peter III, who had died under mysterious circumstances in July 1762, eight days after a coup that gave the throne to his wife, Catherine II (the Great). The ensuing decade of Catherine’s reign witnessed an expansion of serfdom, whose onerous burdens fueled growing discontent in the countryside. Pugachev proclaimed freedom for the oppressed. 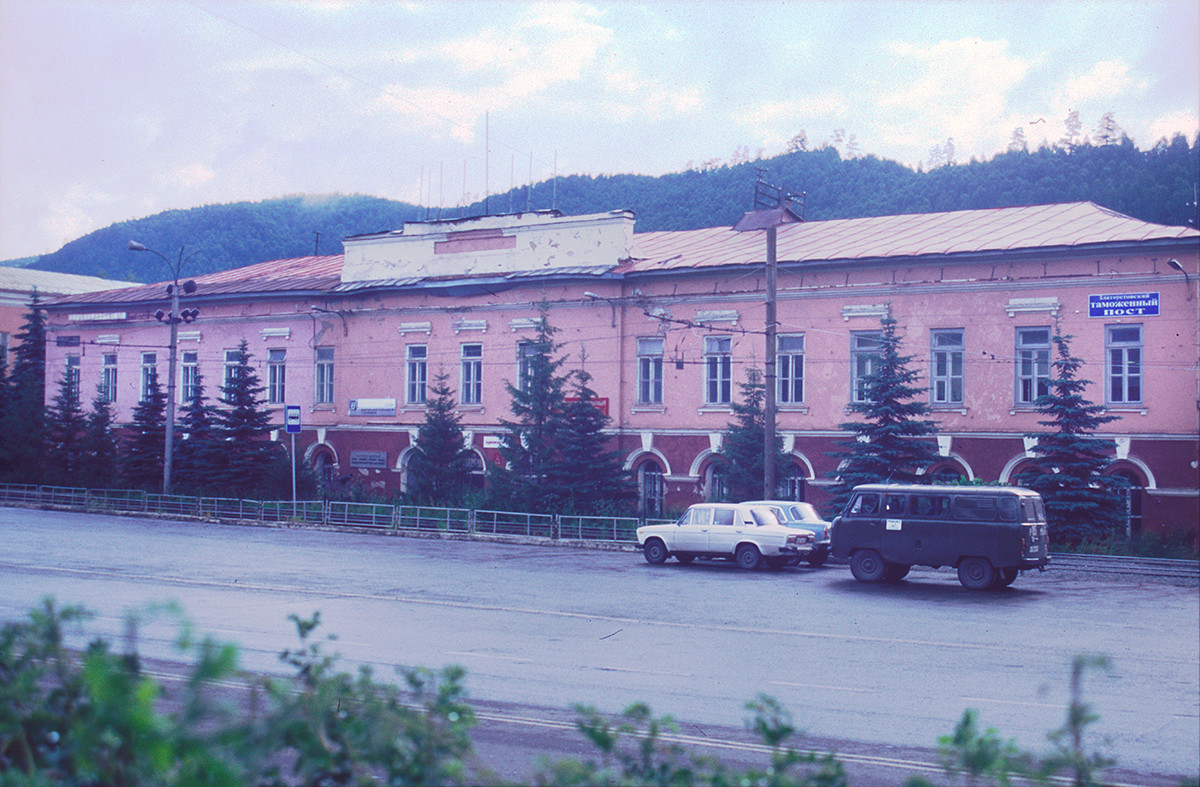 The factory settlements of the southern Urals were especially vulnerable because of the harsh work conditions for factory serfs, many of whom were former peasants and Bashkirs. In December 1773, the Zlatoust complex was attacked by Bashkirs, and for the next several months, the factory in effect worked on behalf of Pugachev; but it soon became evident that he had little interest in the factory’s preservation.

Order was temporarily re-imposed in Zlatoust by the arrival in late May 1774 of a regiment under the command of Colonel Ivan Mikhelson. While his highly trained troops were able to defeat Pugachev’s larger forces in battle, they could not suppress the flames of revolt until Pugachev’s final defeat and capture in late August 1774. Indeed, a few days after Mikhelson’s departure from Zlatoust, forces led by Pugachev himself entered Zlatoust at the end of May, sacked the town with much loss of life, destroyed large parts of the factory and conscripted many of the workers. 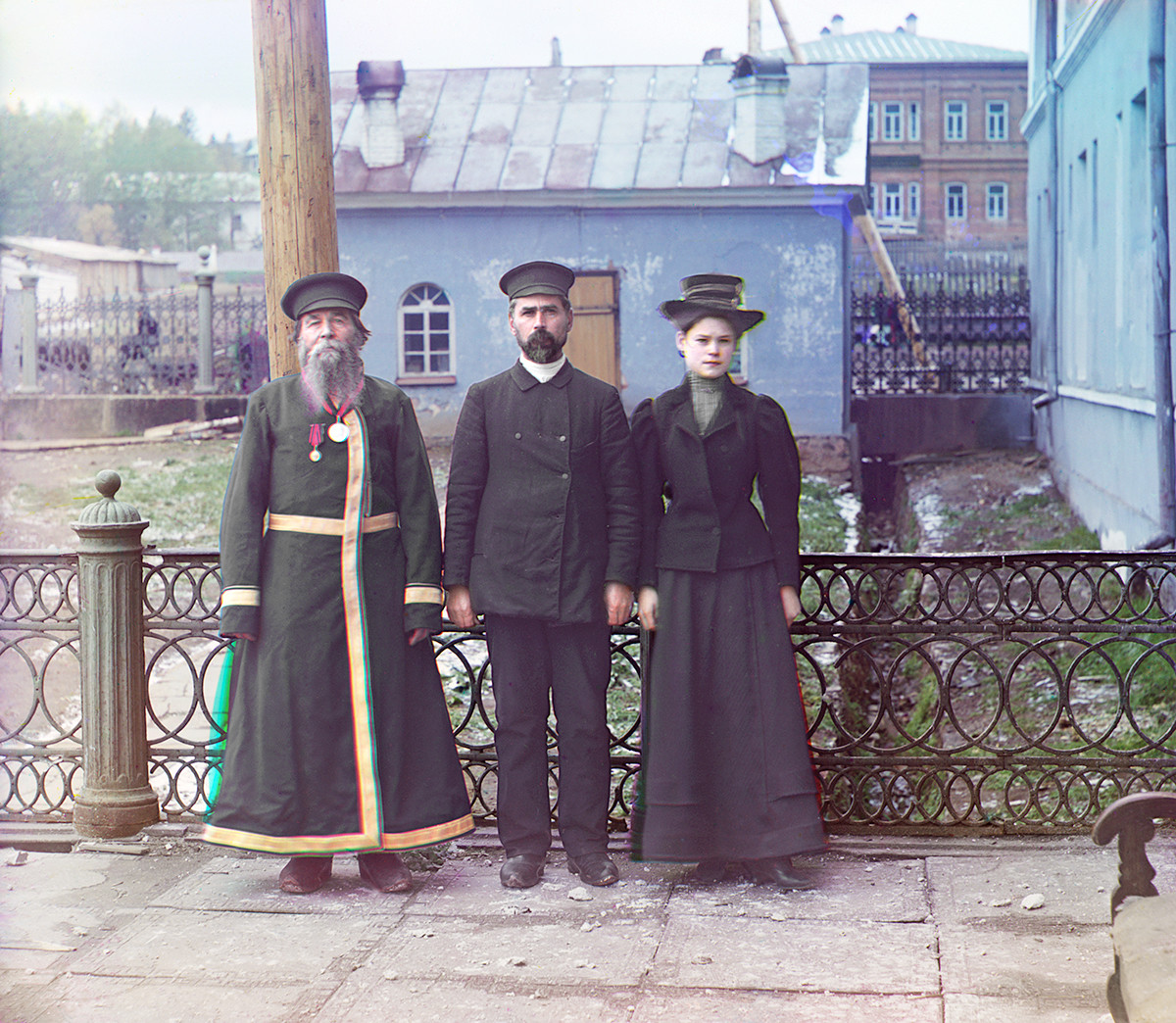 "Three Generations." A. P. Kalganov with his son and granddaughter at the Armaments Factory. 1909

Russian memory has forever retained the trauma of this largest peasant rebellion, in which mass atrocities were committed on all sides. Surveying the colossal damage, Luginin in November 1774 began a costly restoration effort that culminated in a resumption of the blast furnaces at the beginning of 1776. 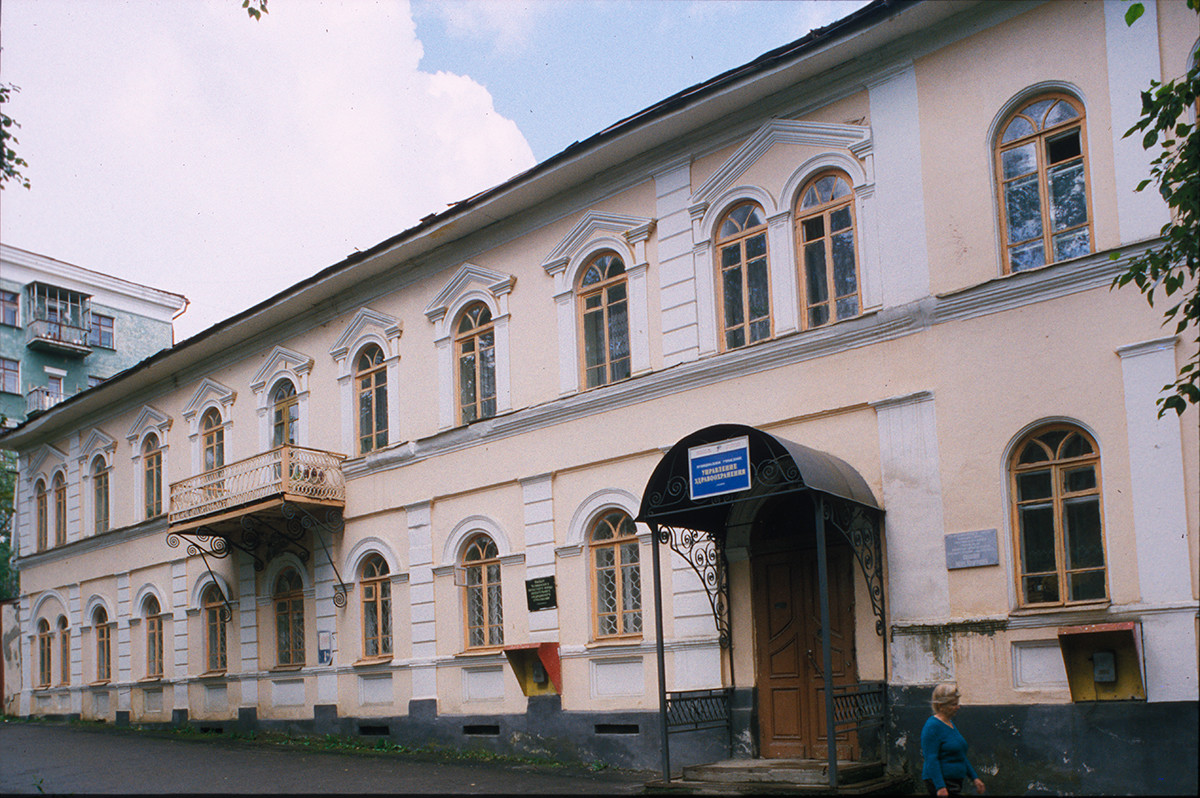 The workforce consisted primarily of enserfed peasants brought from distant provinces, but Luginin also used hired workers (many of who were Orthodox Old Believers) accepted fugitive serfs from other factories. His factories were better managed, and conditions somewhat improved. Zlatoust was developing into a center for finished metal production, including cold steel armaments.

Unable to manage the company’s finances, Luginin’s grandsons rented the factory to the Moscow merchant Alexei Knauf, who remained in control until 1811, when the Zlatoust works became the property of the State Treasury. Shortly before, Knauf had concluded a management contract with Alexander Eversmann, a renowned Prussian metallurgist, who insisted on hiring specialists in metal working and armaments from the town of Solingen. 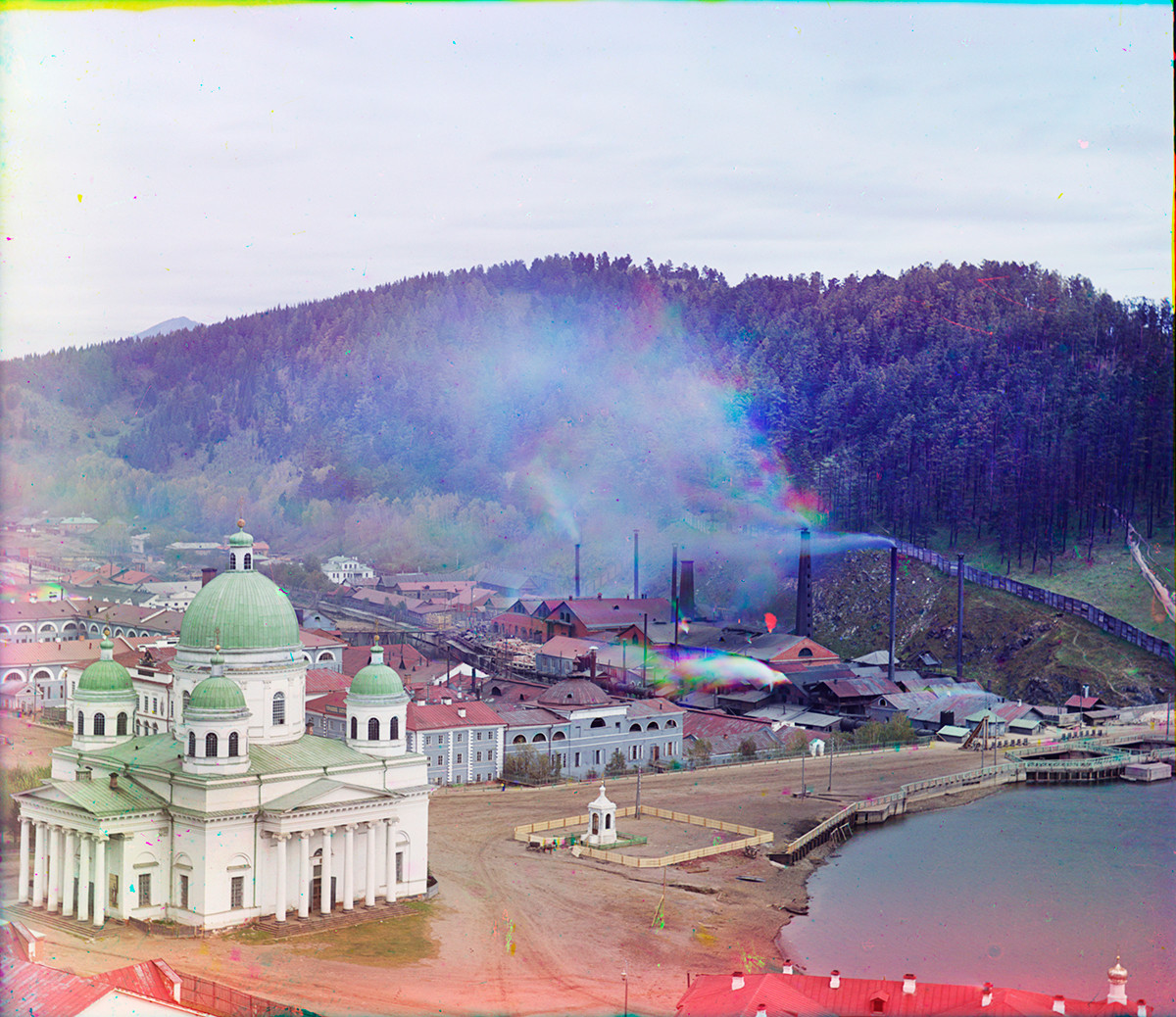 Some experts claimed that the work of Russian master armorers was superior to the Germans, who were paid 10 times more. Whatever the case, Zlatoust had become a center of specialized steel production in Europe, a status symbolized by the visits of two emperors — Alexander I (in 1824) and Alexander II (in 1857).

The middle of Nicholas I’s reign witnessed the construction of the town’s majestic Trinity Cathedral (1837-42), a neoclassical structure designed by Adrian Malakhov, chief architect of the Urals Mining District. One of Prokudin-Gorsky’s most dramatic photographs shows the gleaming cathedral situated in a dark industrial setting. Closed in 1928 and originally used as a history museum, the cathedral was, alas, demolished in 1933.

From powerful past to uncertain future 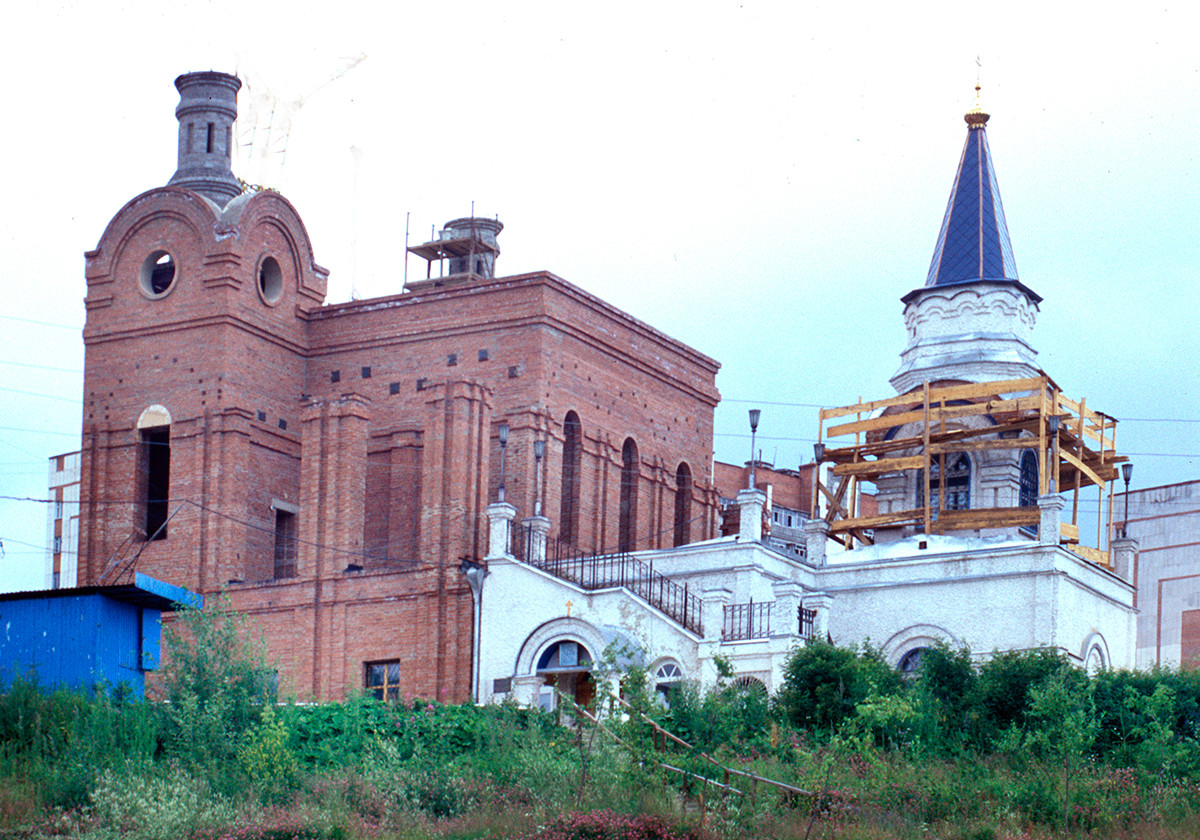 Church of the Intercession of the Virgin (right), southeast view. Built 2001-03 as baptistry for Cathedral of St. Seraphim of Sarov (under construction on left). July 16, 2003

Toward the end of the 19th century, development of the Zlatoust works was accelerated with the completion in 1890 of a railway from the Volga city of Samara via Ufa. Rail delivery of fuel oil and Donbas coal freed the factories from dependence on depleted forests to meet their enormous energy demands.

Further impetus to expansion occurred in 1891, when nearby Miass served as the western launching point for the construction of the TransSiberian Railroad, which would stretch 4,350 miles to Vladivostok. The Zlatoust works subsequently filled large orders for rails production.

By the time of Prokudin-Gorsky’s visit, Zlatoust had several Orthodox churches as well as a Lutheran and a Catholic church for its German community. Most of these structures were demolished during the Soviet period, but new Orthodox churches have now appeared. 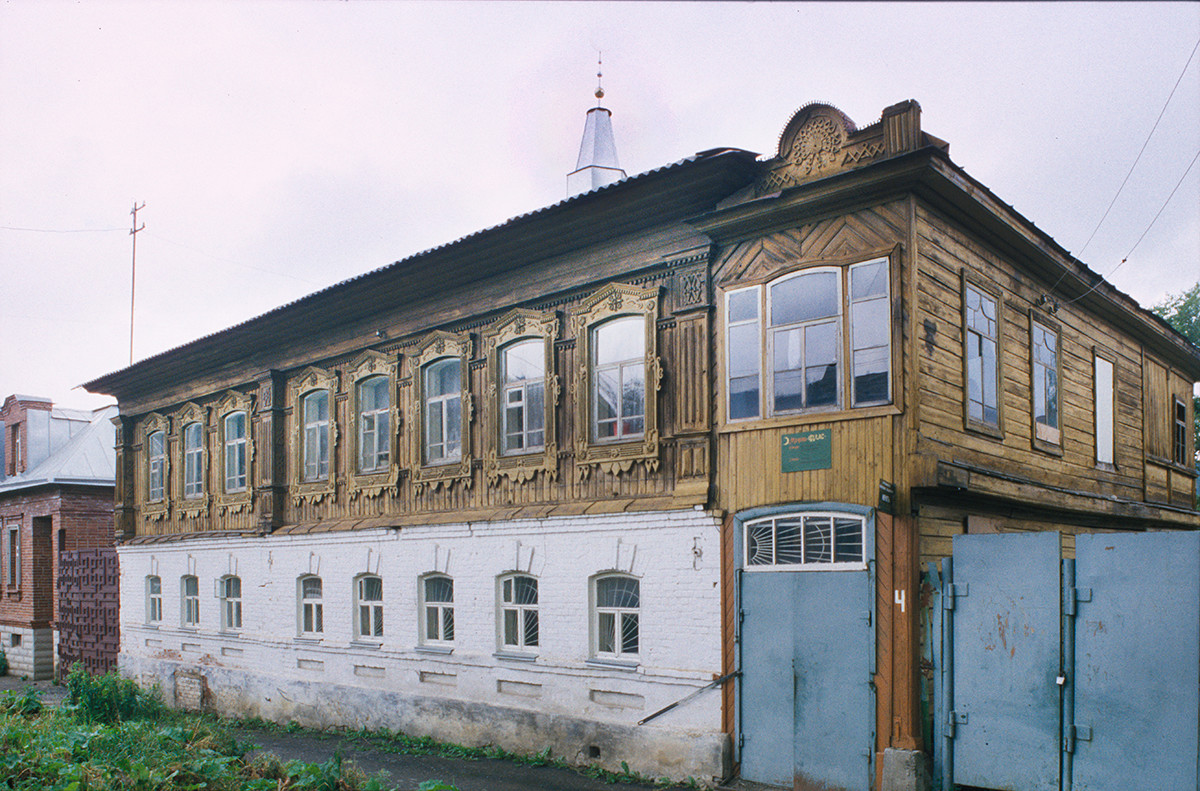 Fascinated by the factory, Prokudin-Gorsky photographed not only the town’s architecture but also master craftsmen at work and examples of armaments from the arsenal museum. These portraits are some of his most appealing images.

Working at full capacity during World War I, the Zlatoust works was caught between opposing sides in the Russian Civil War. Despite severe disruptions, the factories regained their vital importance to Soviet industrialization campaigns. 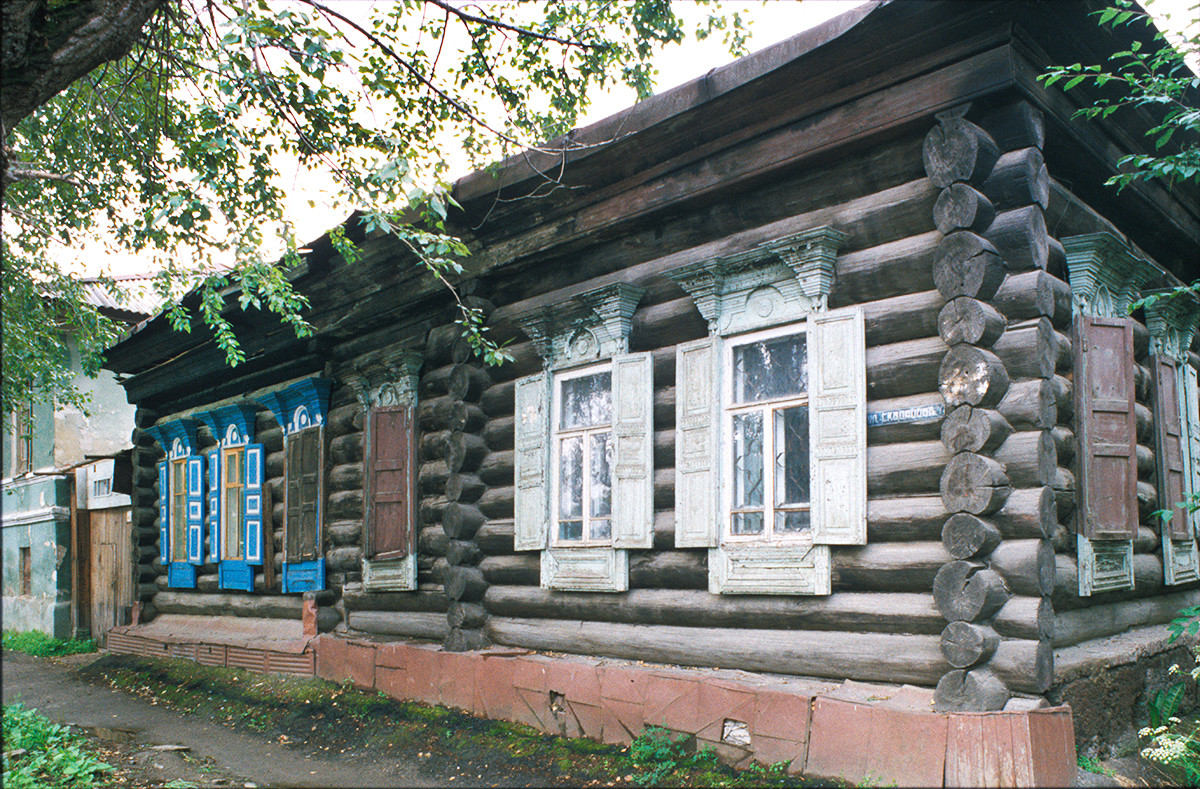 During World War II, Zlatoust not only produced specialized steel for strategic military needs (ball bearings, for example) but also served as a resettlement point for factories evacuated from the western areas of the Soviet Union. Such enterprises provided the basis for the town’s industrial growth after the war, when much of the town was rebuilt. These changes are evident in my photographs from 2003.

Prokudin-Gorsky’s Zlatoust photographs include compelling contrasts between the natural environment and an industrial landscape with factories belching plumes of smoke. Today, ecological challenges hover over the city, even as the once flourishing metallurgical factories face a difficult future. 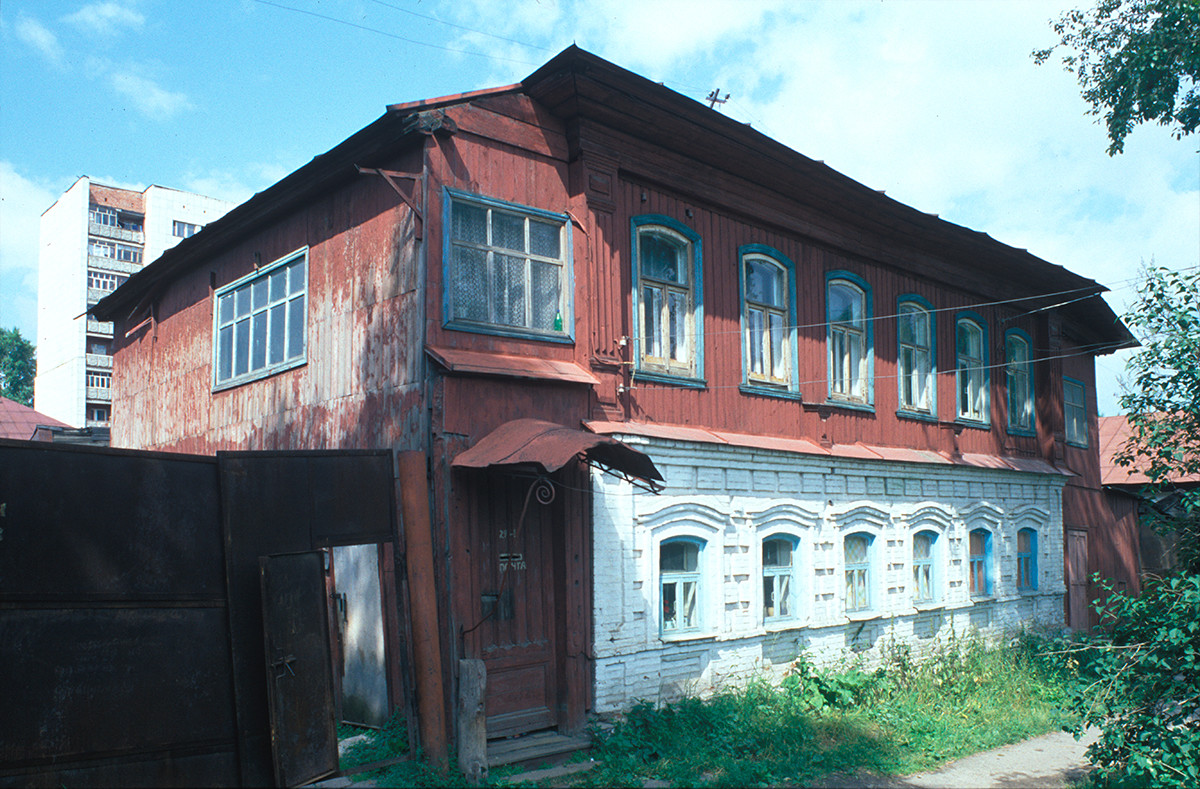 In the early 20th century the Russian photographer Sergey Prokudin-Gorsky devised a complex process for color photography. Between 1903 and 1916 he traveled through the Russian Empire and took over 2,000 photographs with the process, which involved three exposures on a glass plate. In August 1918, he left Russia and ultimately resettled in France where he was reunited with a large part of his collection of glass negatives, as well as 13 albums of contact prints. After his death in Paris in 1944, his heirs sold the collection to the Library of Congress. In the early 21st century the Library digitized the Prokudin-Gorsky Collection and made it freely available to the global public. A few Russian websites now have versions of the collection. In 1986 the architectural historian and photographer William Brumfield organized the first exhibit of Prokudin-Gorsky photographs at the Library of Congress. Over a period of work in Russia beginning in 1970, Brumfield has photographed most of the sites visited by Prokudin-Gorsky. This series of articles juxtaposes Prokudin-Gorsky’s views of architectural monuments with photographs taken by Brumfield decades later.