Miass: The town that gold built 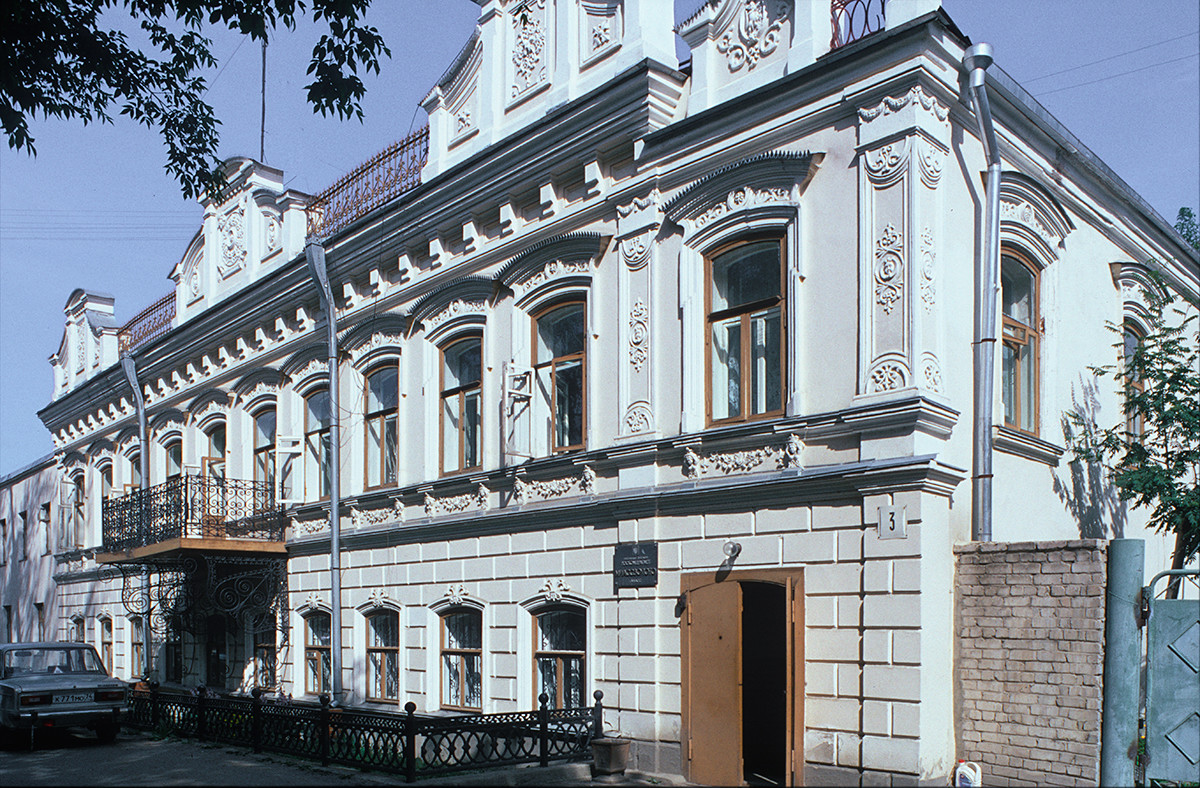 The town of Miass in the Ural Mountains dates its origins to November 1773 when the Russian Ministry of Mines (Bergcollegium) in St. Petersburg issued an ukaz authorizing with the consent of Catherine II (the Great) the establishment of a copper smelter on the Miass River near Mount Ilmen. 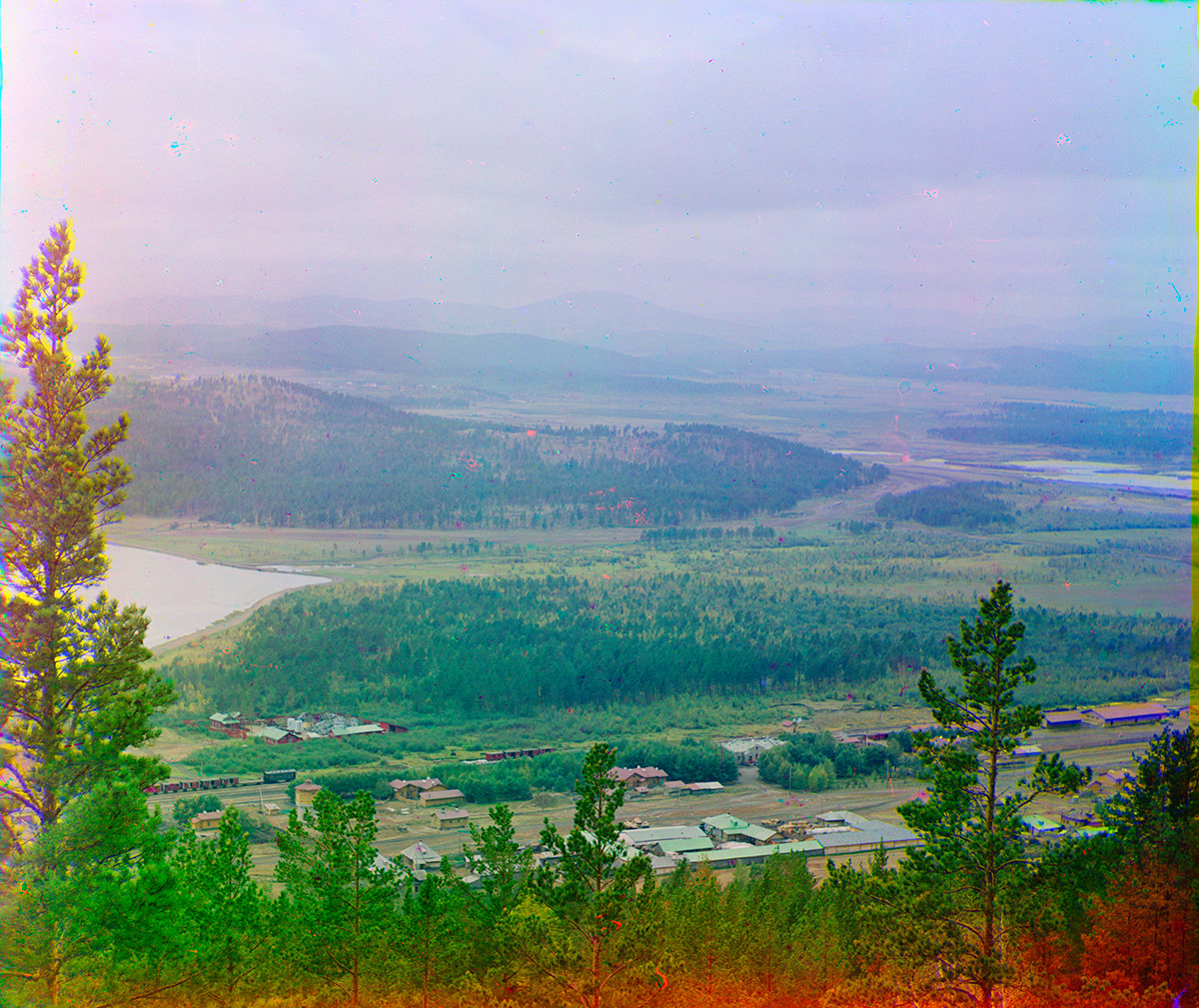 In the summer of 1909, the Russian chemist and photographer Sergei Prokudin-Gorsky (see box text below) photographed Miass and the surrounding landscape from Mount Ilmen. The visit was part of an extensive expedition to the Ural Mountains. Traveling with the logistical support of the Ministry of Transportation, he took views ranging from untrammeled nature to large factories over a vast area that extended from Perm (on the European side of the Urals) to Ekaterinburg and then to Chelyabinsk on the Asian side of the southern Urals. 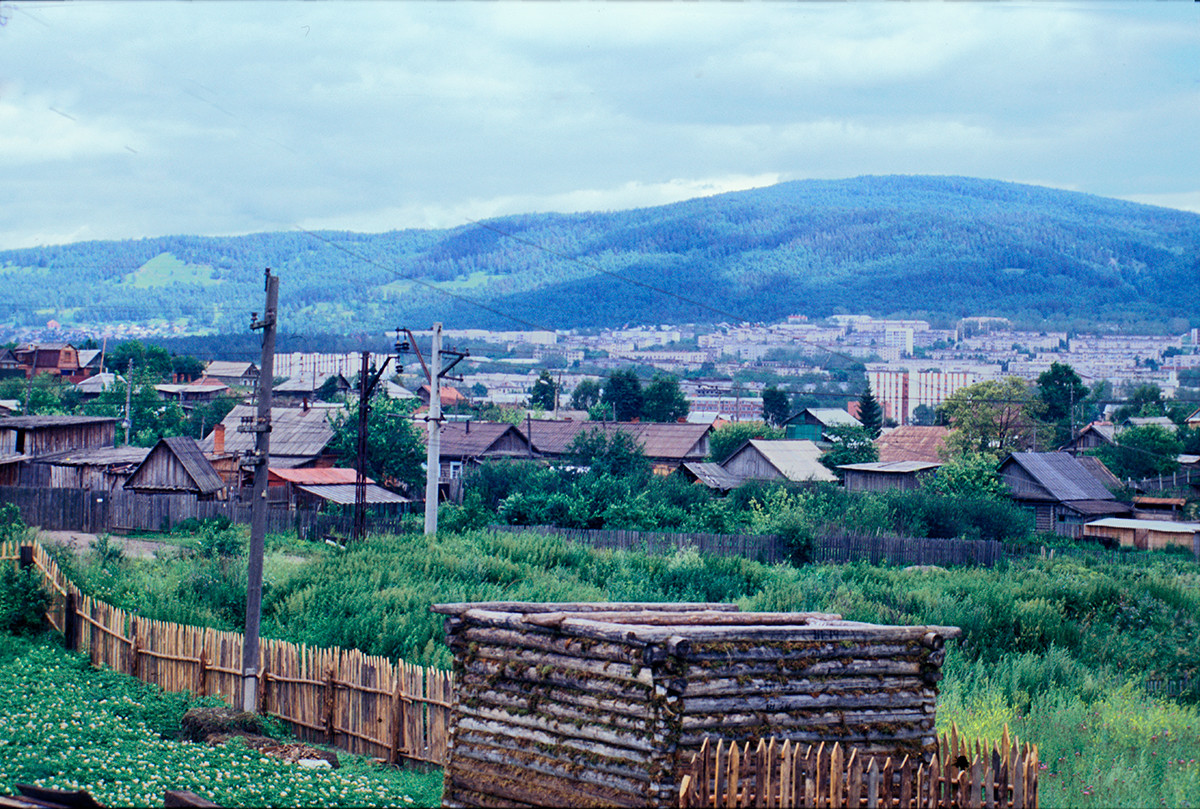 The original copper smelter was established by Larion Luginin (1721-86), who came from a family of wealthy merchants in the town of Tula. Luganin began the expansion of his operations to the southern Ural Mountains in the 1760s with the purchase of factories and forests from the area’s largest landowner, Count Alexander Stroganov. The center of Luginin’s operations was the town of Zlatoust, but transportation difficulties eastward to the source of rich copper ore near the Miass River eventually led to a decision to create a new factory complex at that site. 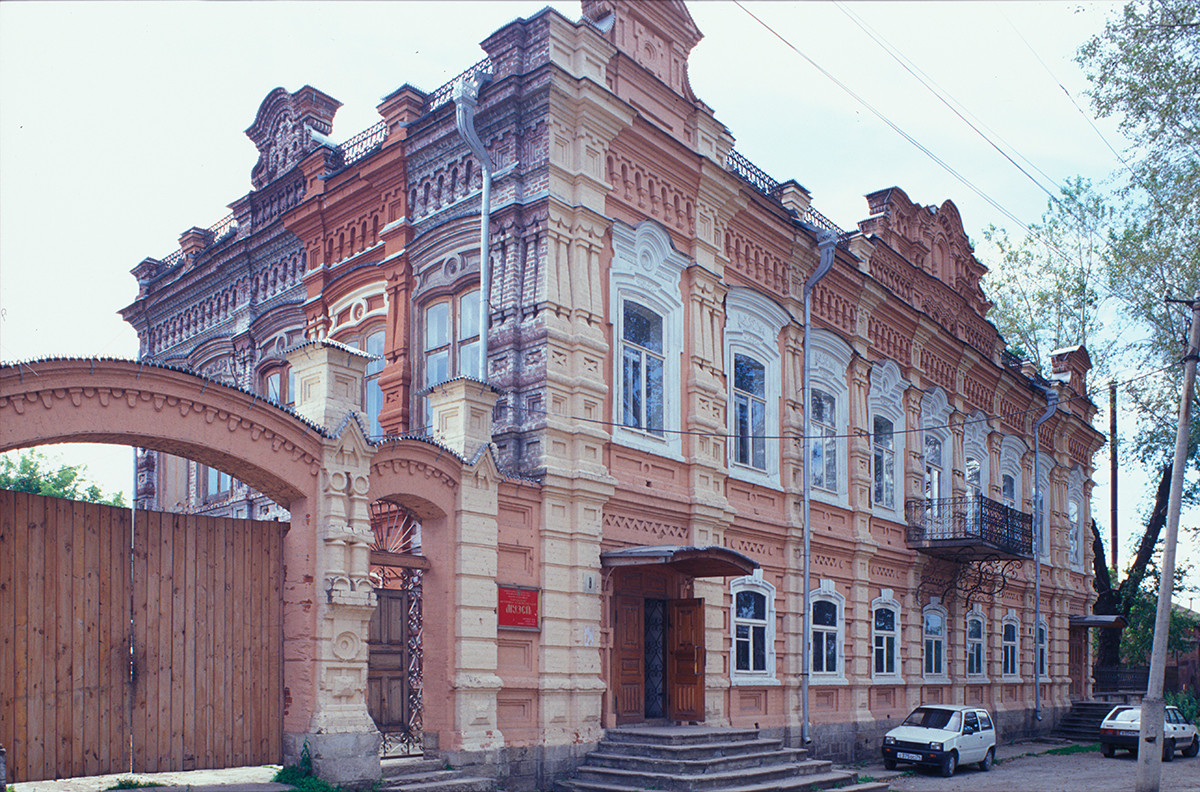 Luginin’s successful petition in 1773 represented a new phase in the development of metallurgy in the southern Ural Mountains. Work on the factory complex was delayed, however, by the Pugachev Uprising of peasants, factory serfs, Cossacks and Bashkirs that swept through the southern Urals and Volga River basin in 1773-75. The trauma of this largest peasant rebellion against the expansion of serfdom during Catherine’s reign has forever remained in Russian memory. 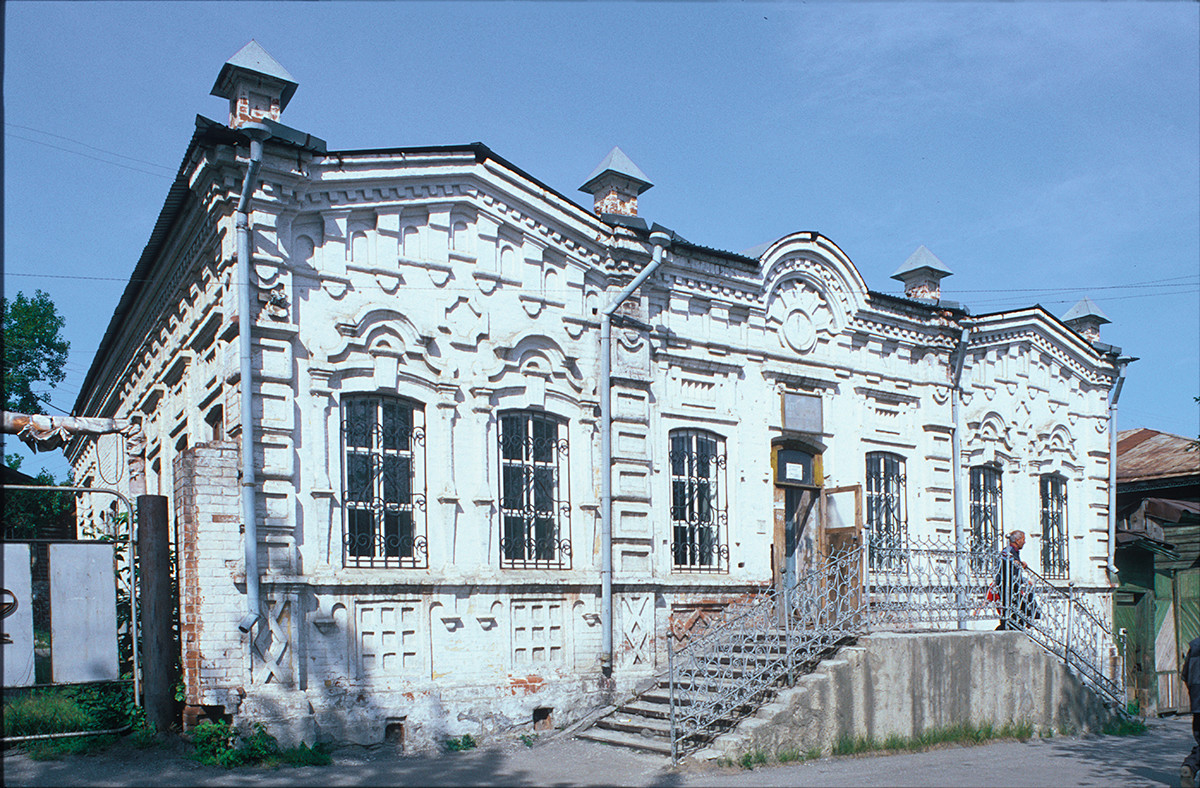 Following the suppression of the uprising, Luginin resumed plans to construct the copper smelter in 1776. The workforce consisted primarily of enserfed peasants brought from distant provinces, but he also accepted fugitive serfs from other factories. (Luginin’s factories were better managed, and the Miass factory had a hospital, a rarity at the time.) The first copper ingots were produced in August 1777. 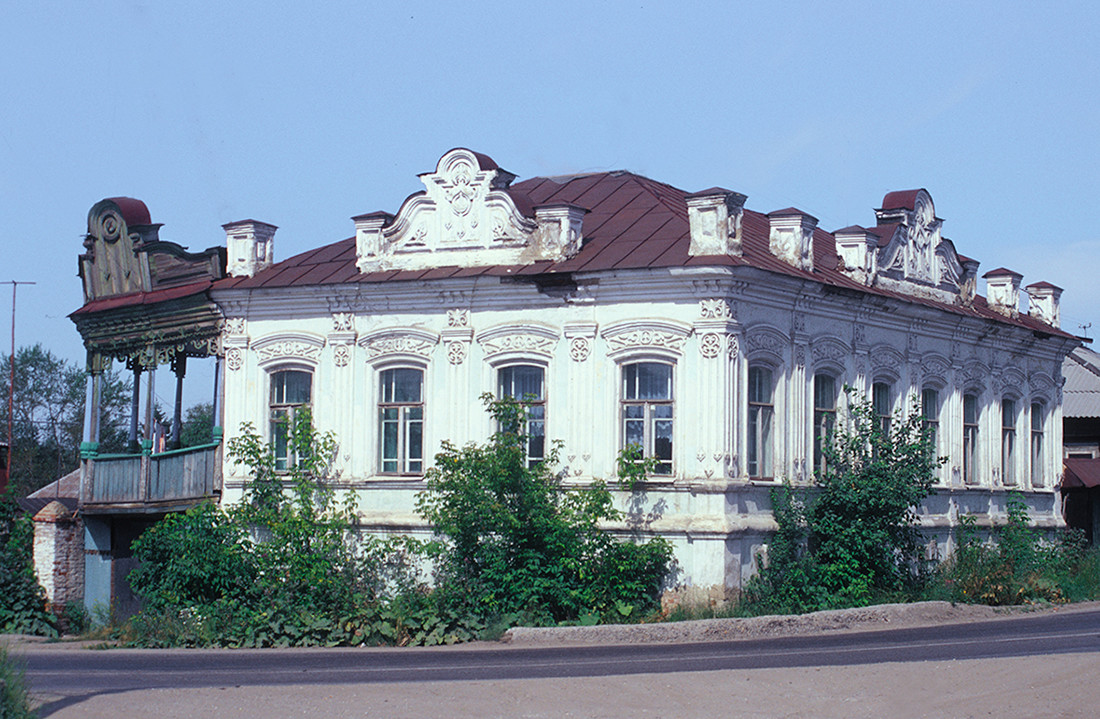 After Luginin’s death, the Miass factory was inherited by two nephews in 1787, and a decade later the factory was sold to the state. Without Luginin’s managerial skills and dedication to the enterprise, copper production declined. By the middle of the 19th century it had ceased altogether.

Nonetheless, Miass gained a new lease on life with the discovery of gold along the river in the early 19th century. Gold is often found in proximity to copper, and deposits made their way to the river. 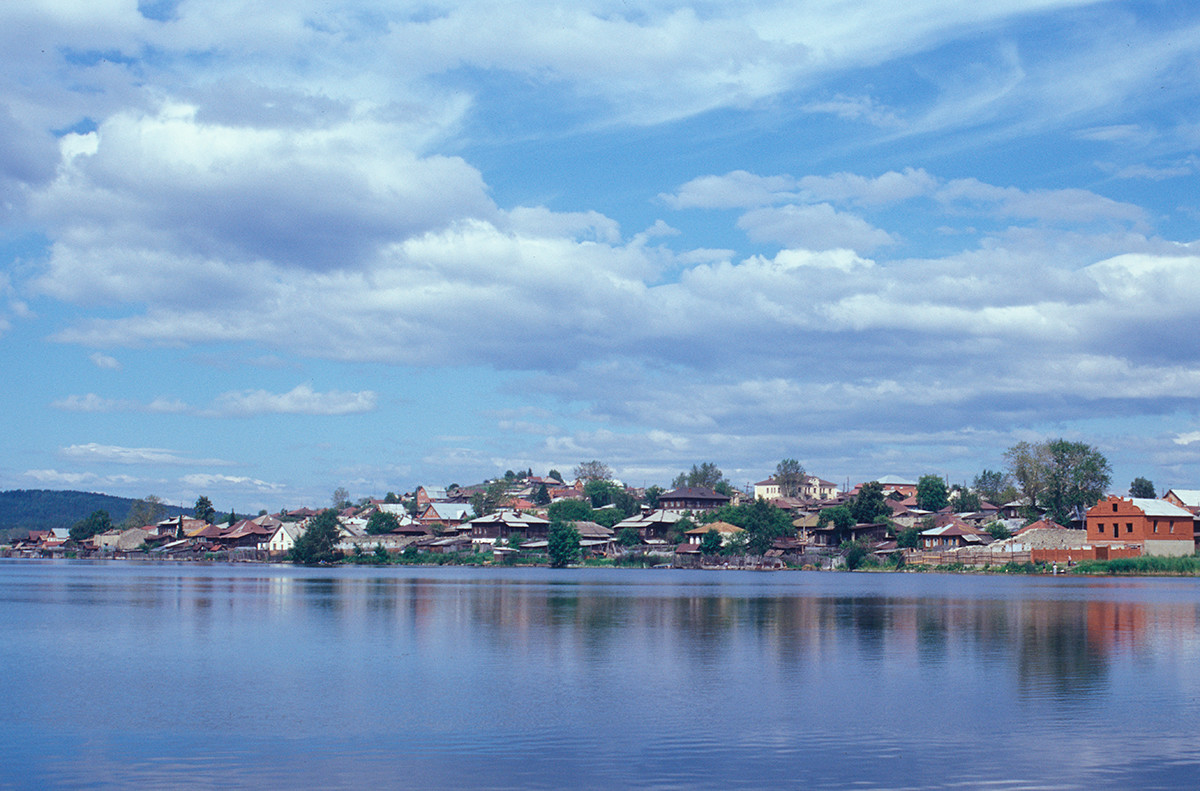 By the mid-1830s, the nearby Miass River valley had become a center of gold prospecting in Russia, with over 50 primitive gold mines as well as several panning sites. The most profitable operation was the Tsar Alexander Mine, so named in honor of the visit of Alexander I to the area as part of his extensive journey through the Russian Empire in 1824. The largest gold nugget, called “Big Triangle,” was found there in 1842 with a weight of just over 80 lbs. (The world’s largest known gold nuggets where found in Australia in the mid-19th century and weighed over twice as much.) 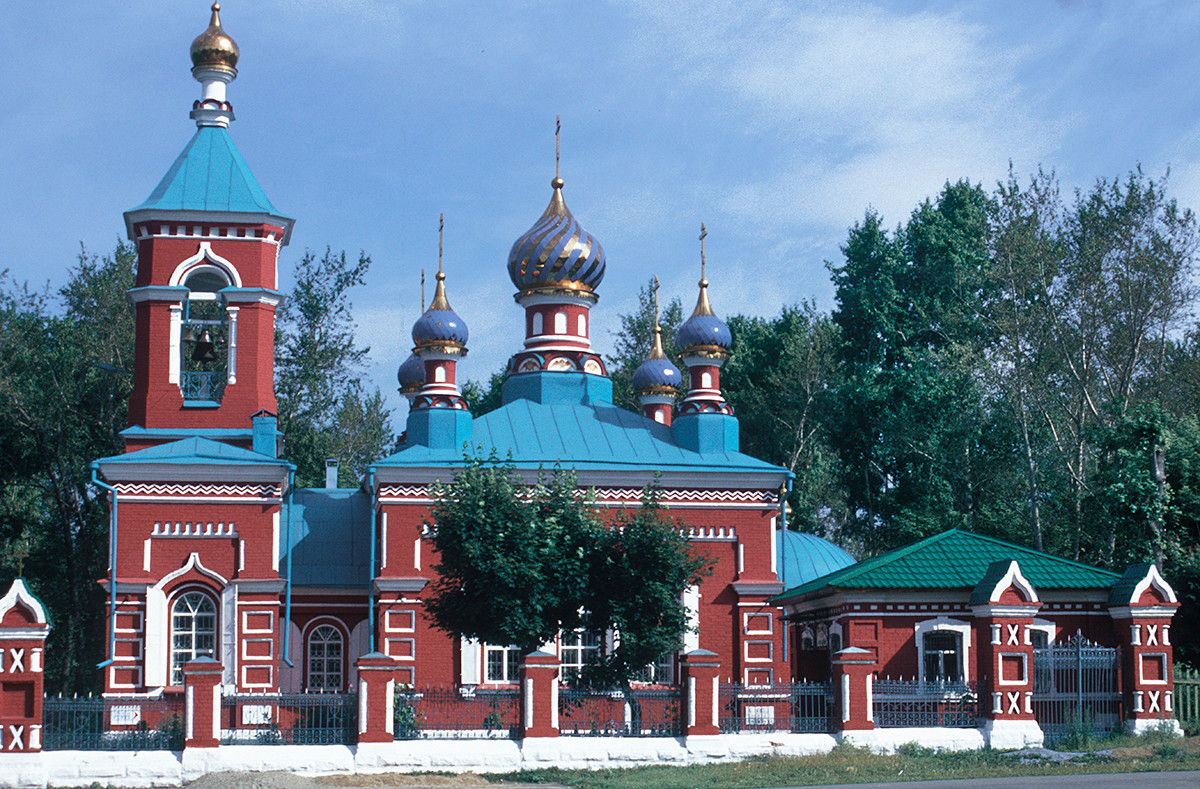 Consolidation and technical advances continued the gold boom into the second half of the 19th-century and became the town’s mainstay. The extent of the prosperity was reflected in the proliferation of elaborately decorated brick houses. Several of which still stand, as my photographs from 1999 show. 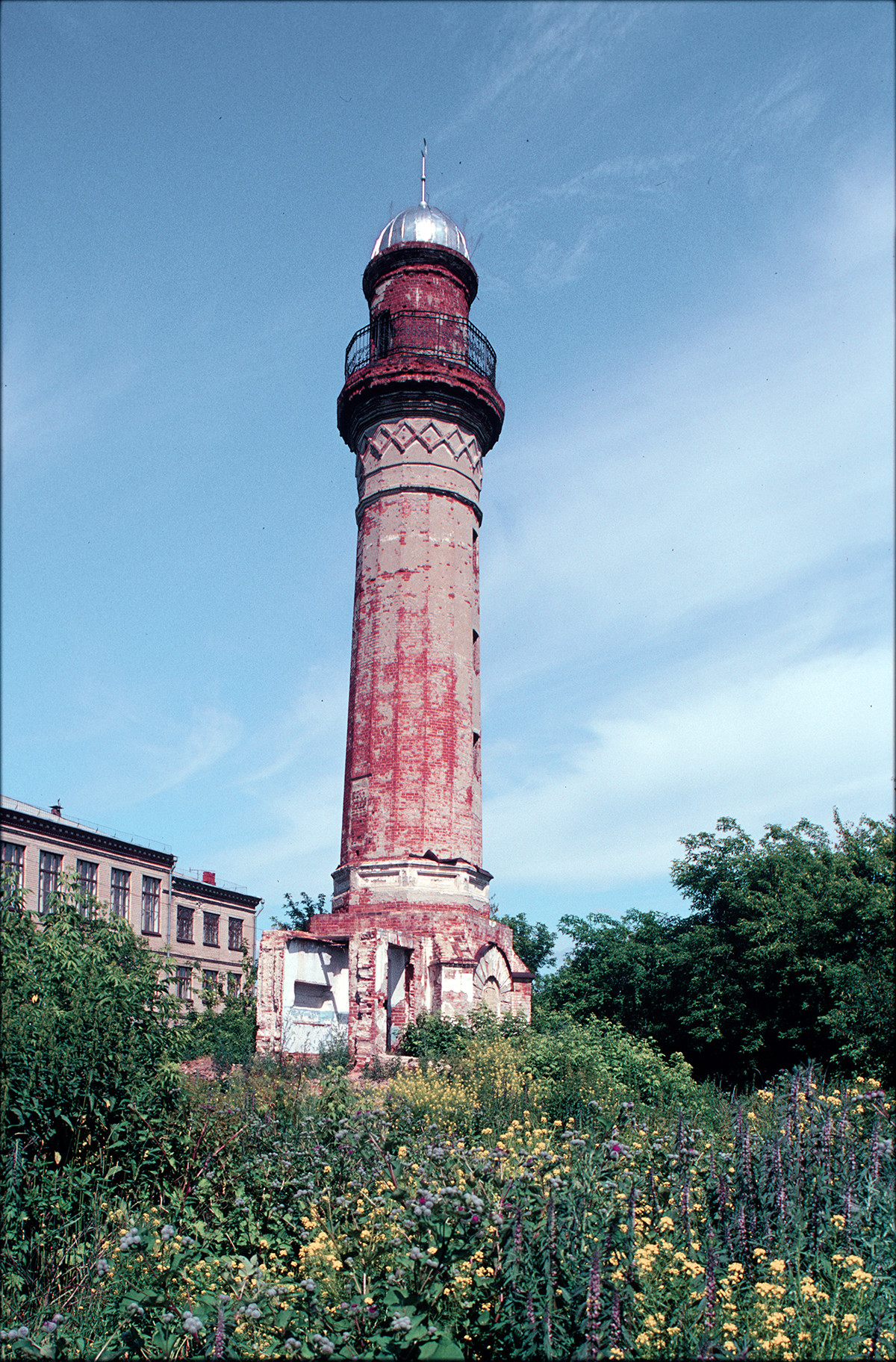 The most prominent of these belonged to Yegor Simonov, who worked his way up from simple prospector to become the town’s wealthiest gold miner and merchant. His mansion, together with the attached compound and store, now serve as the Regional History Museum.

Further impetus to development occurred in 1891, when Miass served as the western launching point for the construction of the original (southerly) path of the TransSiberian Railroad, which stretched from Miass some 4,350 miles to Vladivostok. 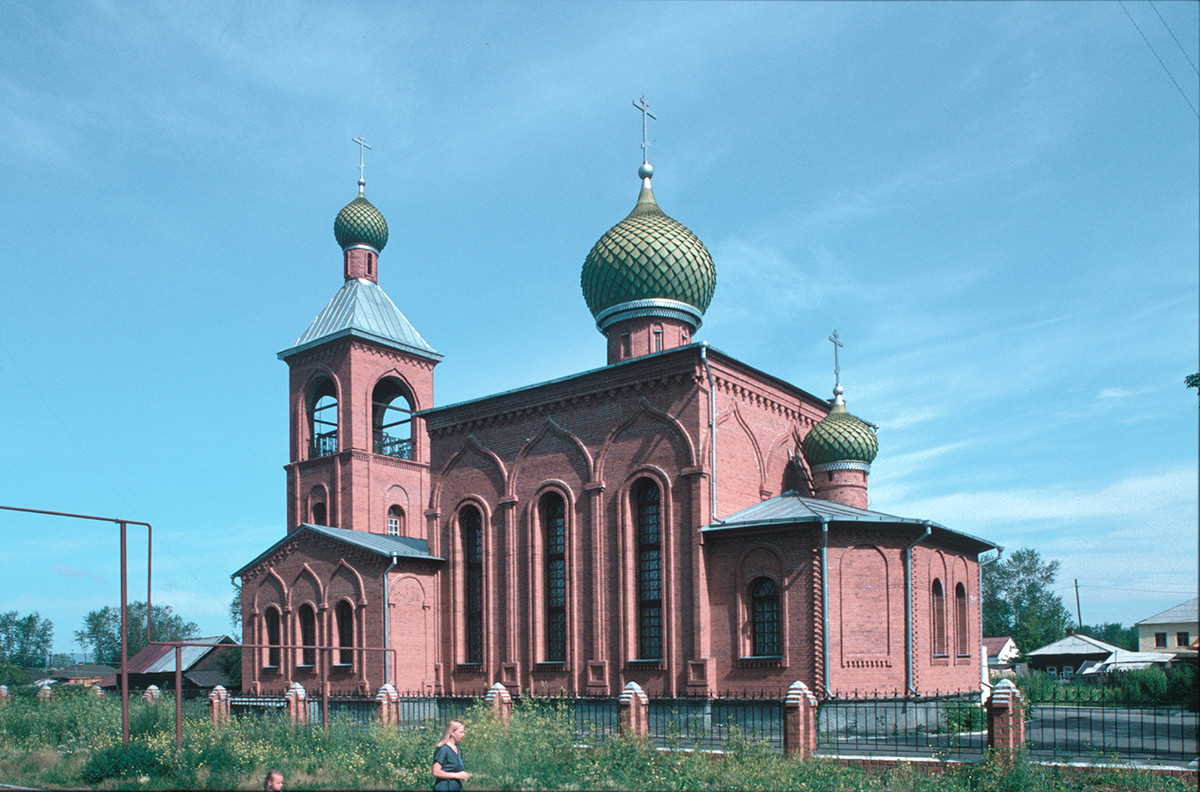 By the time of Prokudin-Gorsky’s visit, the population of Miass had reached almost 20,000. The town had three churches, two of which were demolished in the Soviet period. Miass also had a mosque, which was also demolished, but whose soaring minaret remained and is recorded in my 1999 photographs. 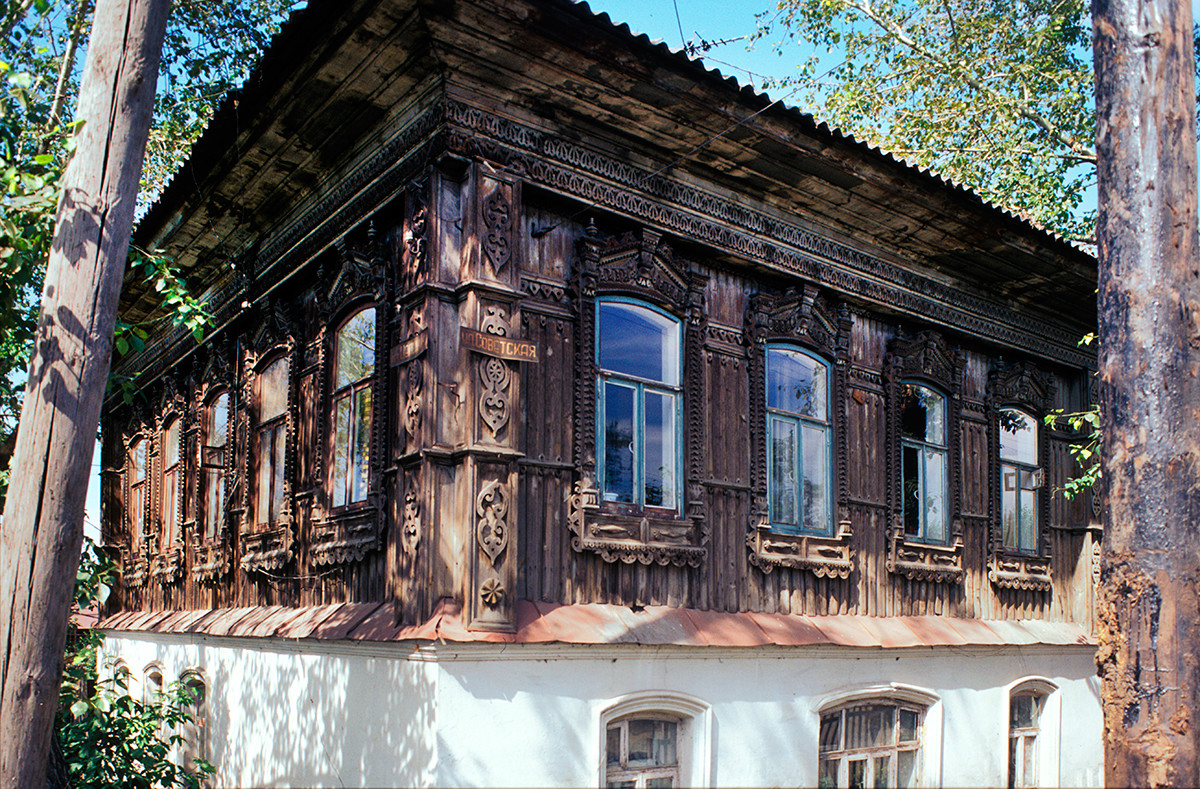 The surviving cemetery Church of the Trinity, built in 1886-89 in a festive Russian Revival style, was closed in 1936 but reopened in 1944 as part of a wartime rapprochement between the Soviet regime and the Orthodox Church. This policy played a particular role in factory towns of the Chelyabinsk area, where it was noted that a functioning church led to an increase in worker productivity.

The view from above

Rather than photograph in the town, Prokudin-Gorsky and his assistants took his cumbersome camera to one of the heights in the Ilmen Mountain range. The most informative view shows the extended Miass Station (now known as Miass III). Groups of boxcars stand on the tracks, along which are warehouses and the station building. Partially visible on the left is a large water tower. At the far left is a small portion of Ilmen Lake. 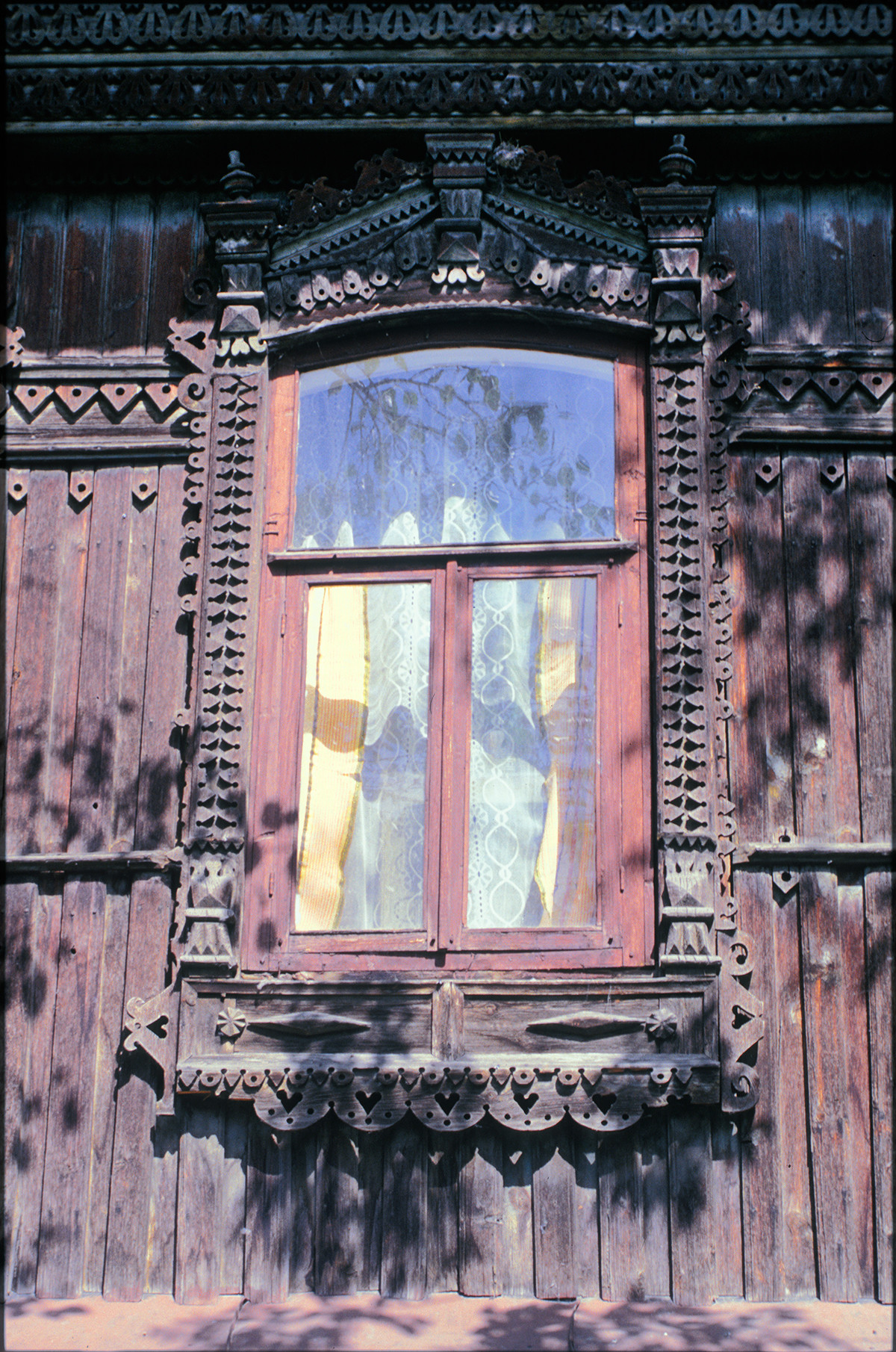 Because of its strategic rail location, Miass served in both the First and Second World Wars as a resettlement point for enterprises evacuated from the western areas of the country. Factories evacuated in the early 1940s provided the basis for the town’s industrial diversification, notably in areas of motor and vehicle production. Gold mining was also revived in the 1930s. 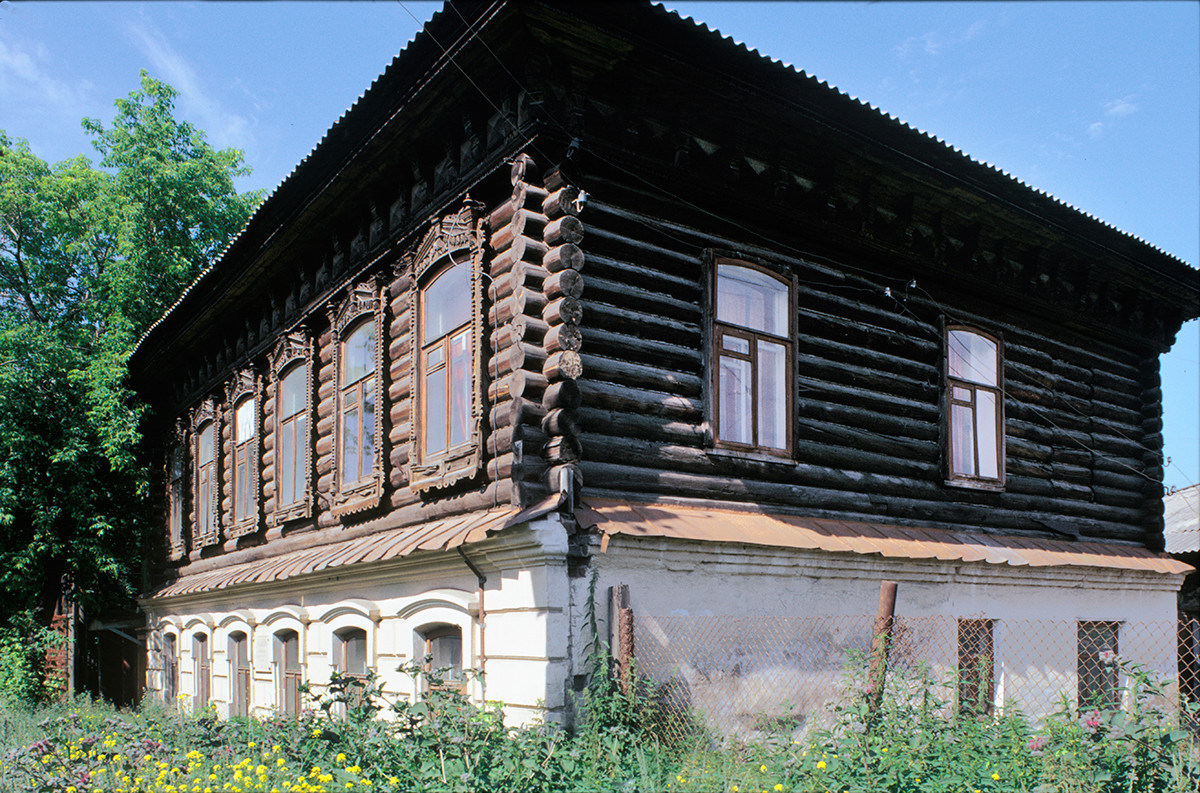 With a current population of some 150,000, Miass has also benefited from its superb natural setting (photographed by Prokudin-Gorsky) to become a center of nature tourism with several nature preserves surrounding the district’s lakes and hills. At the same time ecological challenges have led to campaigns to maintain the region’s natural beauty. 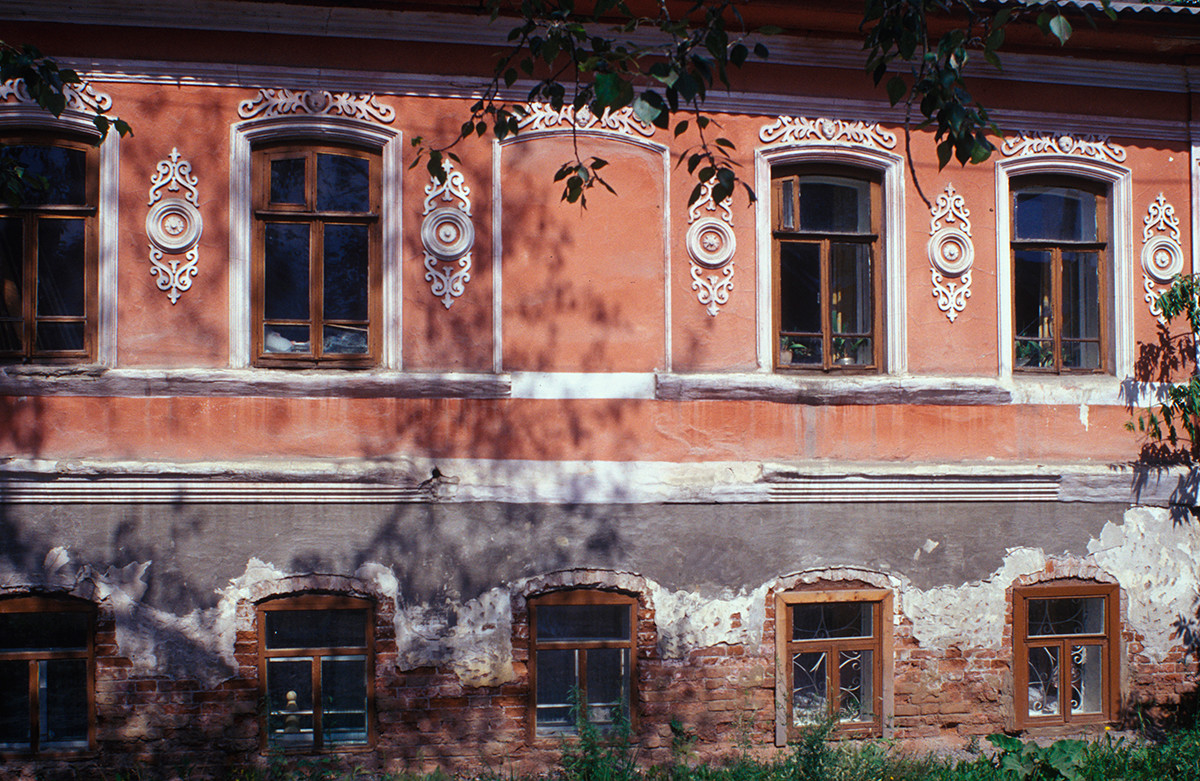