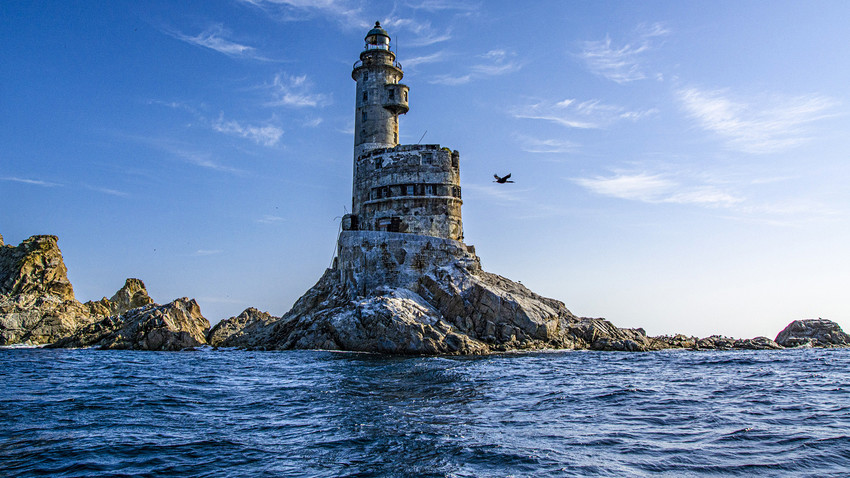 Legion Media
They used to be inhabited, but something drove people away. 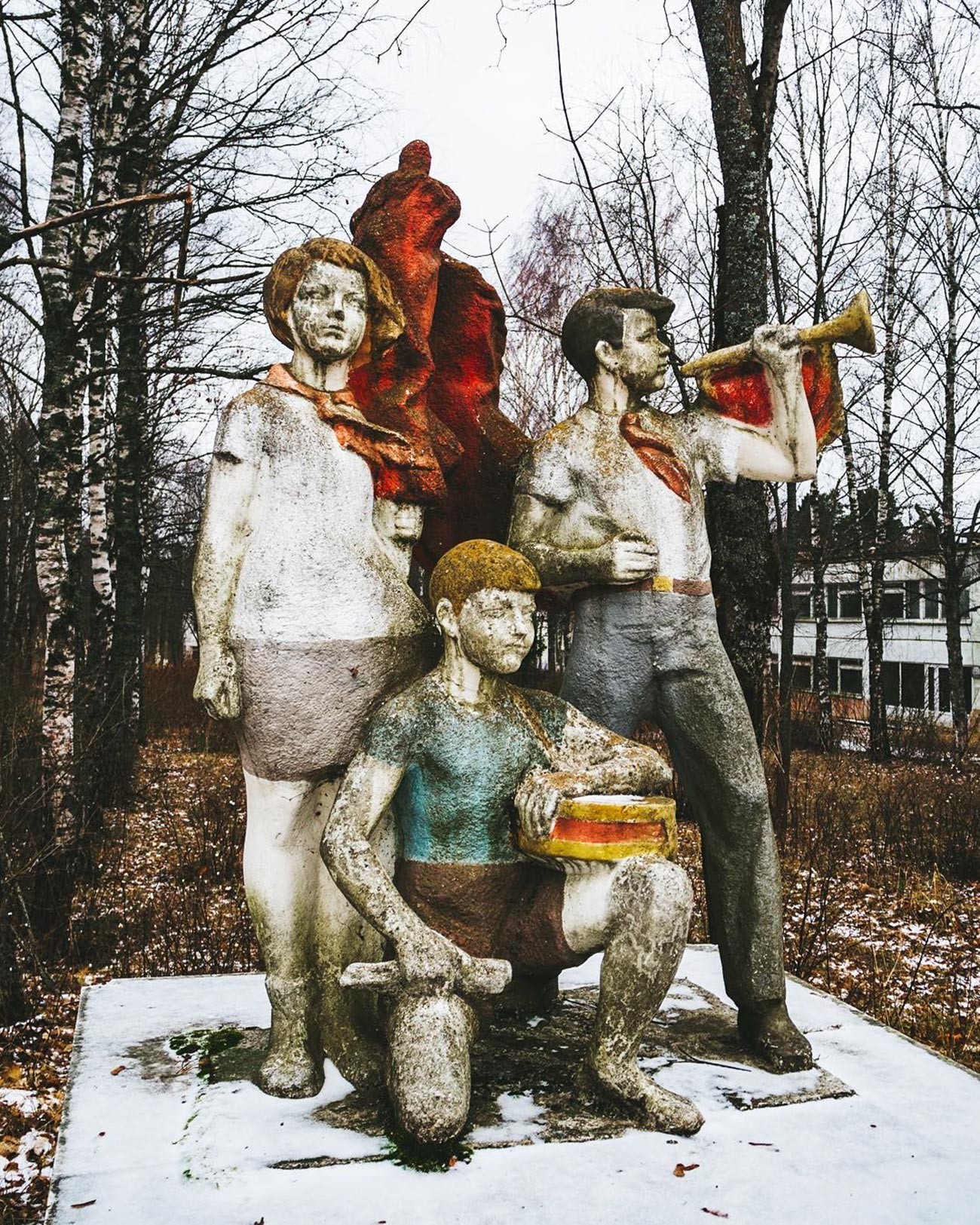 There are plenty of old abandoned pioneer camps in Russia, but this one stands out for two reasons. For one, this former Soviet camp for children has a bomb shelter that is now also abandoned: a massive underground construction completely left without supervision. As if that wasn’t enough, there’s a whole complex of statues in the woods near the camp. The stone figures of pioneers are covered with moss and look particularly sinister on the backdrop of trees and dilapidated buildings.

2. ‘City of the Dead’, the Republic of North Ossetia-Alania 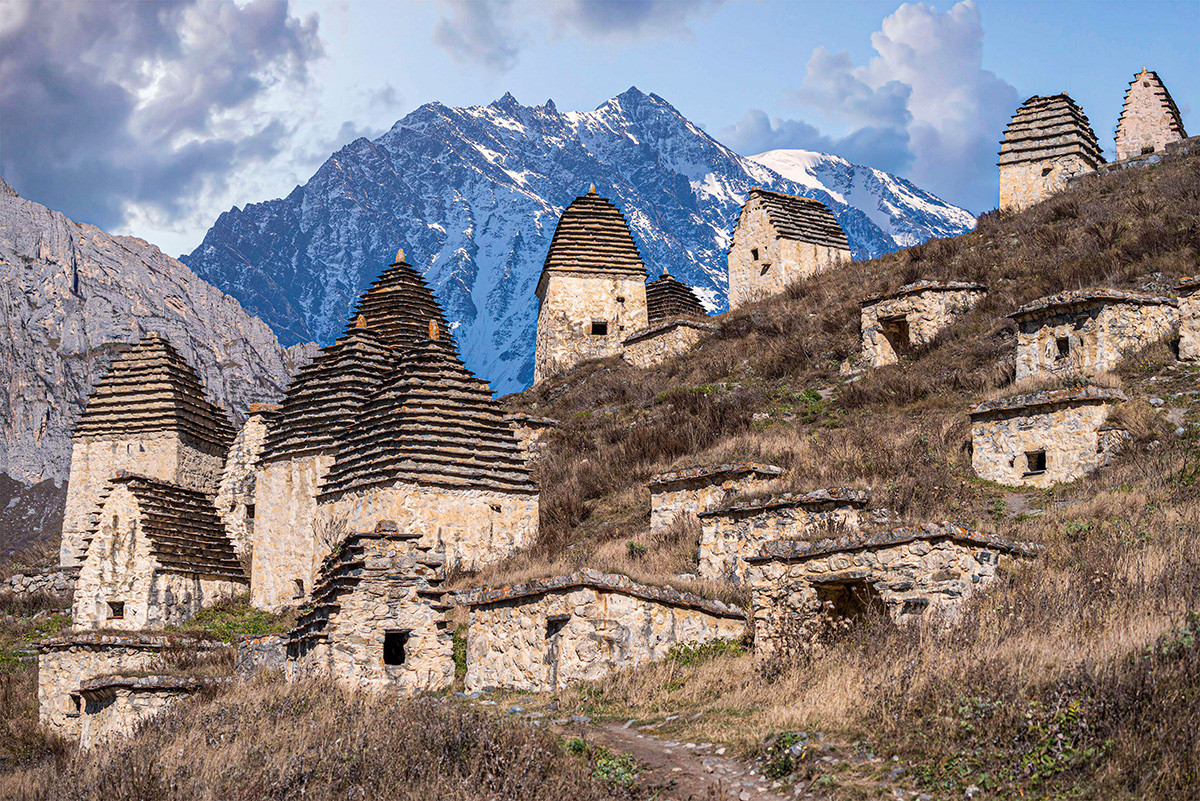 In the Republic of North Ossetia-Alania in the North Caucasus, the so-called ‘City of the Dead’ lies. This giant necropolis is located in a hard-to-reach mountain valley. It is a resting place for over 10,000 people.

A visitor will find mummified bodies in ancient crypts that are dated back to the 14-18th centuries. Despite old age, some of the bodies are said to still have flesh on them to this day. 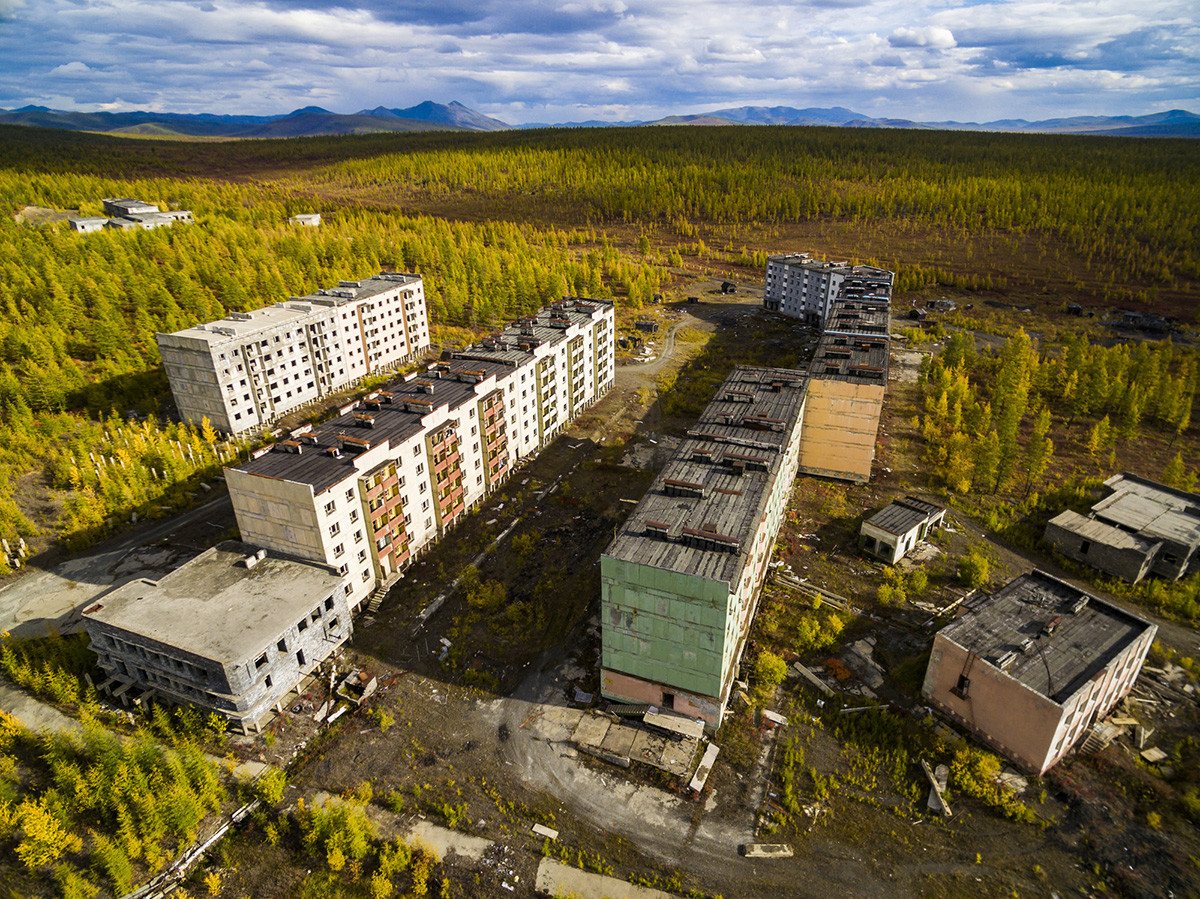 This is a ghost town in one of the most remote locations in the whole of Russia. The settlement was built by Gulag prisoners — a fact eerie enough in and of itself. The main purpose of the settlement was coal extraction: workers sweated underground looking for coal and, often illegally, gold.

The settlement was founded in the 1940s, but, by the time the Soviet Union collapsed, it only had a few thousand residents left.

An explosion in one of the mines in 1996 left six workers dead and the government decided to close the mines and subsidize residents to move elsewhere. Some of the buildings were blown up, while others remained abandoned. Although the settlement was announced depopulated in 2010, rare travelers reported sighting a few residents who stubbornly refused to leave. 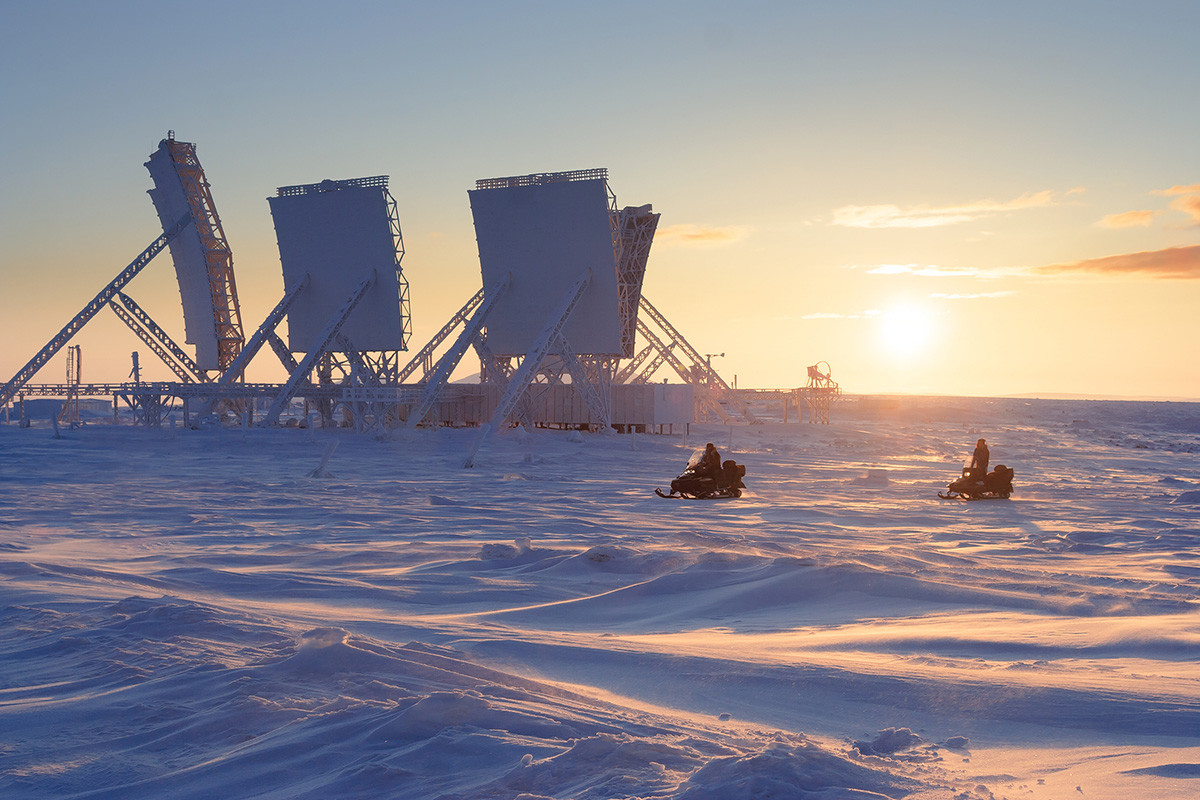 Yukon is the name of an abandoned tropospheric station 10 kilometers from Anadyr, Russia. Standing in the middle of nowhere, the old rusty antennas look as sinister from far away as they do up close.

As mobile communication and satellite technology was developing, the station, which supported the work of a local telecenter, became outdated quickly and was abandoned soon thereafter in 2003. Remnants of rusty equipment scattered around the otherwise empty hill give this site a distinctively eerie touch. 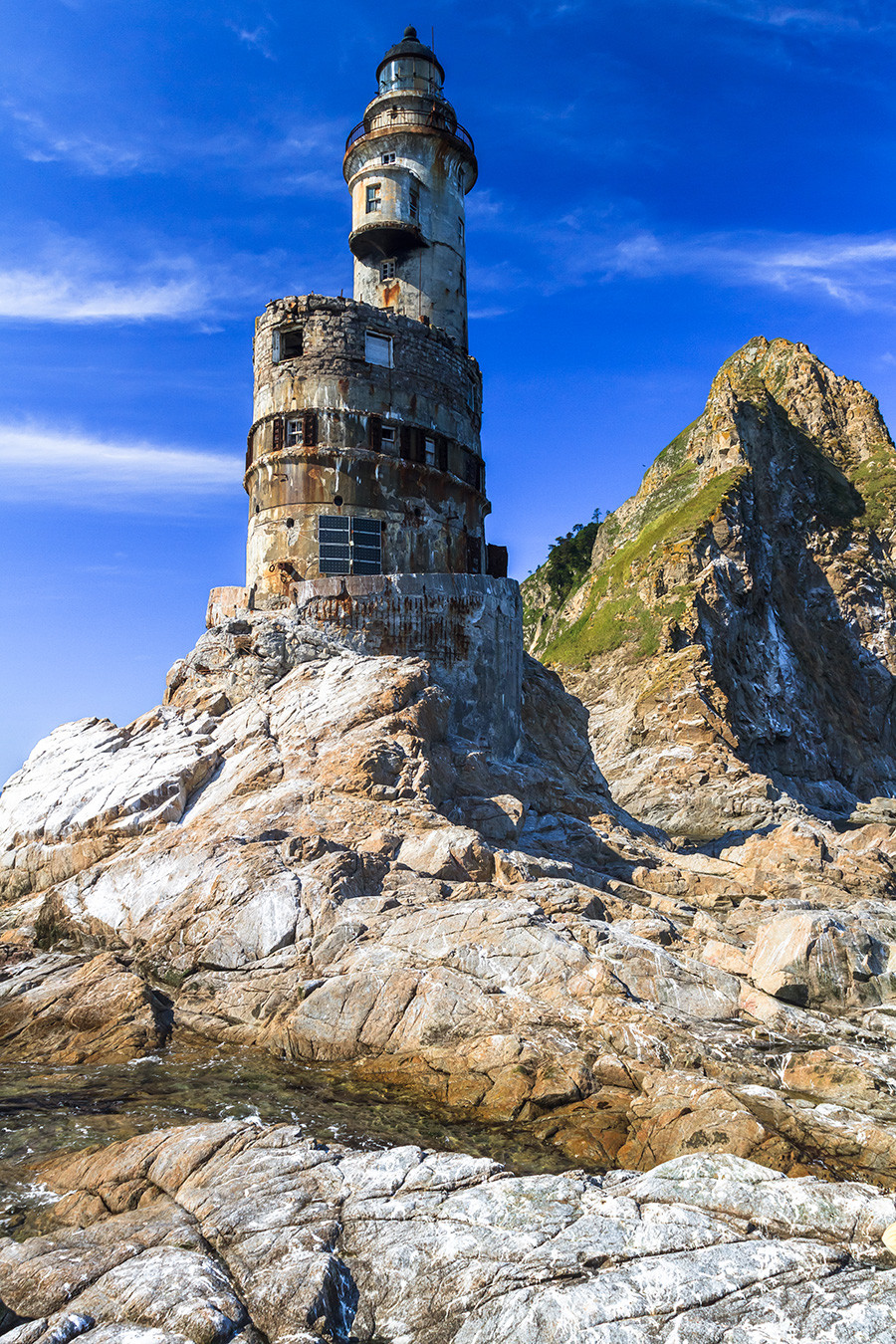 Cape Aniva is one of the most picturesque sites in Russia, but its heart — the abandoned lighthouse — is also one of the eeriest of all.

It stands alone on a rock isolated by the ocean. Frequent fogs and strong currents cut this grotesque concrete structure off the mainland, making it fairly inaccessible. Who knows what’s going on inside the old abandoned lighthouse when the night falls. 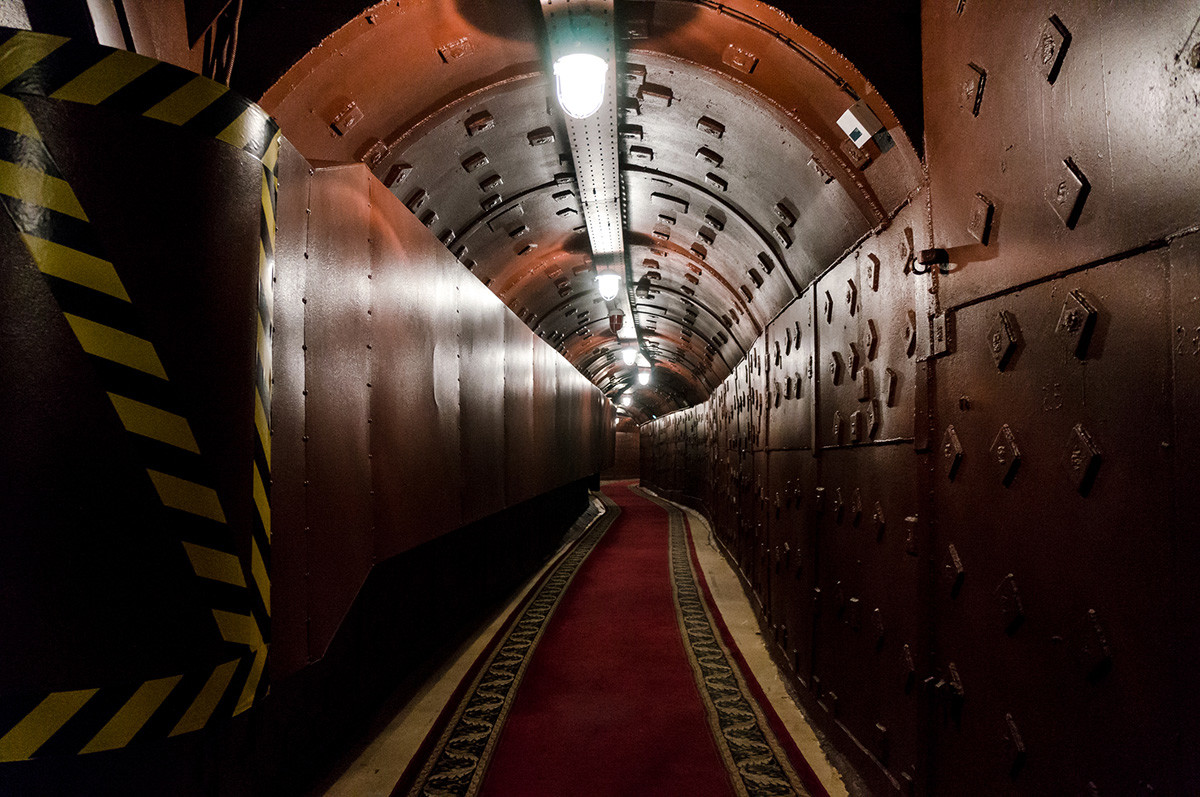 Tunnel at Bunker-42, anti-nuclear underground facility built in 1956 as command post of strategic nuclear forces of Soviet Union at a depth of 65 meter.

It’s hard to create a bunker in the center of Moscow and avoid unwelcome publicity at the same time. Yet, there was nothing impossible for the Soviet leadership during the prime years of the Cold War. The bunker was designed to withstand a direct nuclear strike against Moscow. Consequently, the steel body of the bunker lies as deep as 65 meters below the ground.

The environment inside is eerie enough, as thick walls seem to close in on visitors. However, a staged demonstration of a retaliatory nuclear attack against the U.S., which was supposed to be ordered from the bunker by the few surviving officials in the annihilated city - or even without any human interference - installs a proper fear even in those who are not so easily impressed. 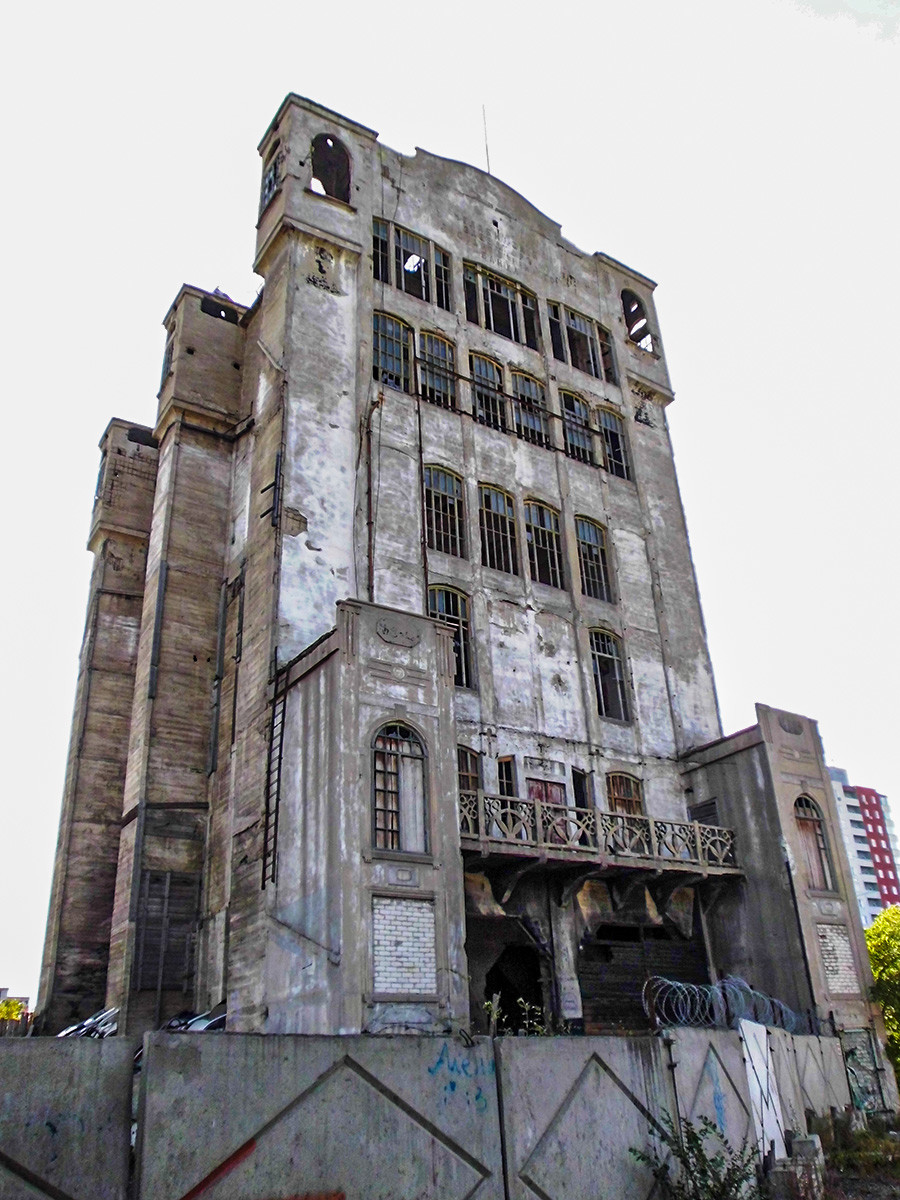 This tower was built at the beginning of the 20th century on the outskirts of Chelyabinsk, but, as the latter expanded, it happened to be located in the very center.

Today, the abandoned grain elevator attracts visitors, as it is often cited as one of the top haunted places in Russia. In reality, however, the abandoned tower is more dangerous than macabre: it is now surrounded by auto-repair shops, the interior and exterior are crumbling and an unsuspecting tourist may well run into trouble while attempting to visit the site.