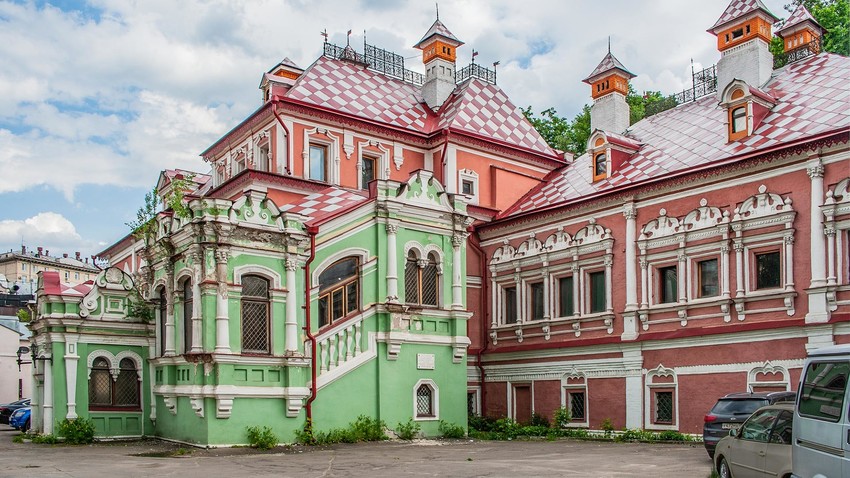 Legion Media
Obviously, most of Moscow’s oldest structures are churches. But this article focuses on the oldest civil houses – from family mansions and foreign embassies to the oldest Kremlin’s reception hall and a malting house of an old monastery. 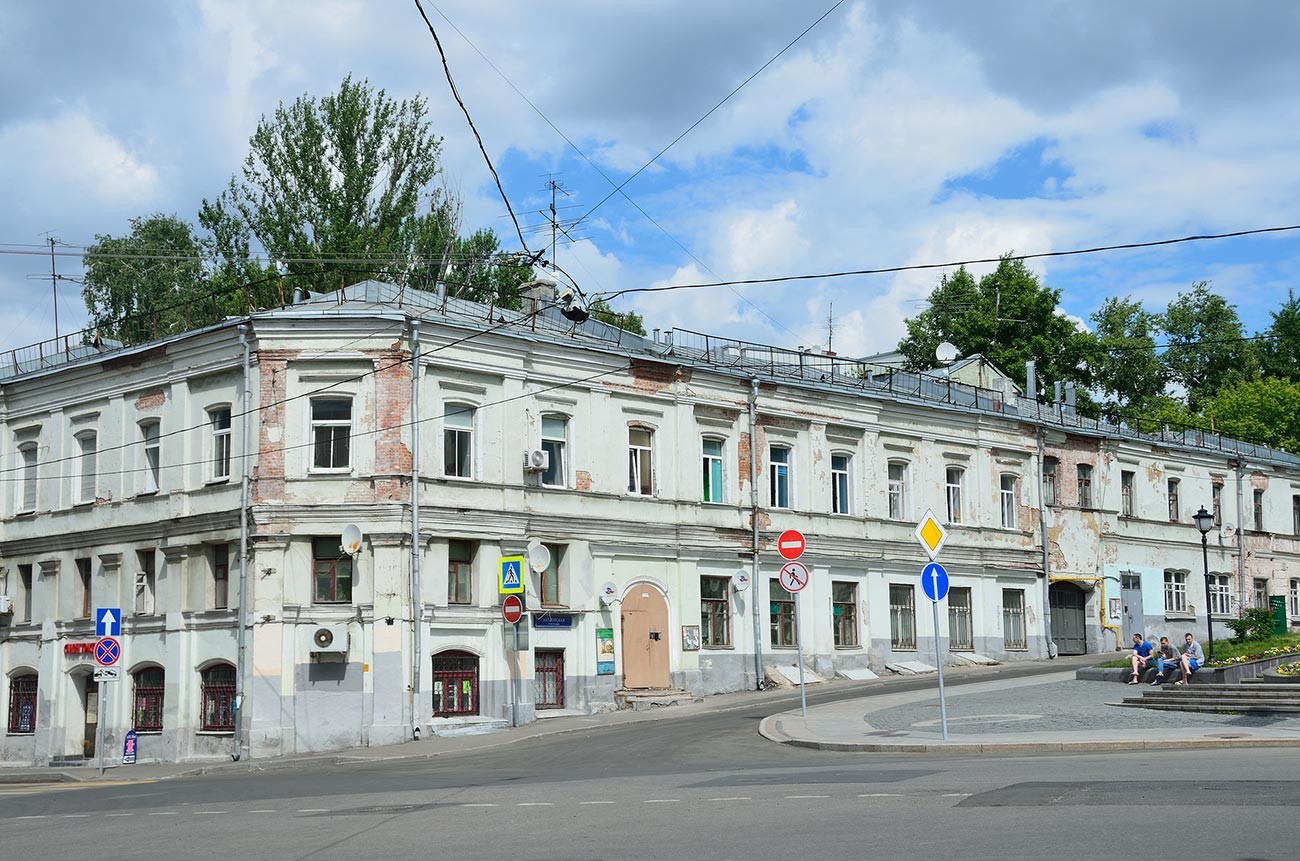 Probably the oldest apartment house in Moscow, the Yaroshenko house’s foundation existed in the mid-17th century, which is obvious by parts of brickwork. The house has changed dozens of owners and stands on the corner of Hitrovskaya square – in the heart of an old district of the Moscow city centre, where before the 1920s, criminals and lowlifes lived in communal flats in boarding houses, including this one. It is still inhabited, a quiet haven minutes away from the Kremlin. 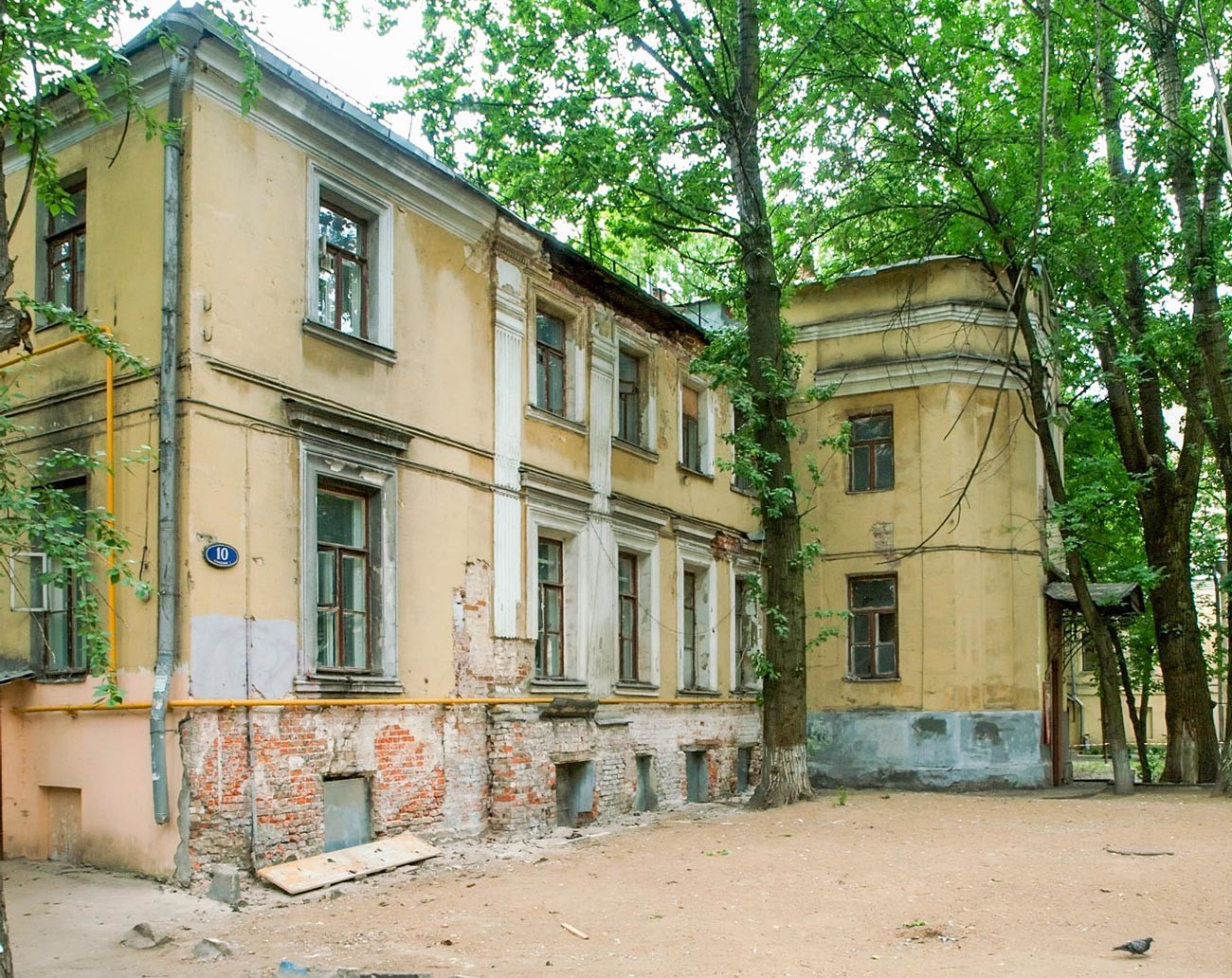 This house that was constructed back in the 17th century, has seen all sides of life. In the early 18th century, it was owned by Reinhold von Loewenwolde, a favorite of Catherine I (1684-1727). Owned subsequently by different landlords, the former palace housed a musical school, a hospital, a pansion, and a typography, where poet Sergey Esenin once worked for a short while.

In the Soviet years, the building was divided into communal flats. It now stands abandoned, although inside, there are original tiled stoves and a cast-iron staircase. Slowly deteriorating, the house waits for its restoration. 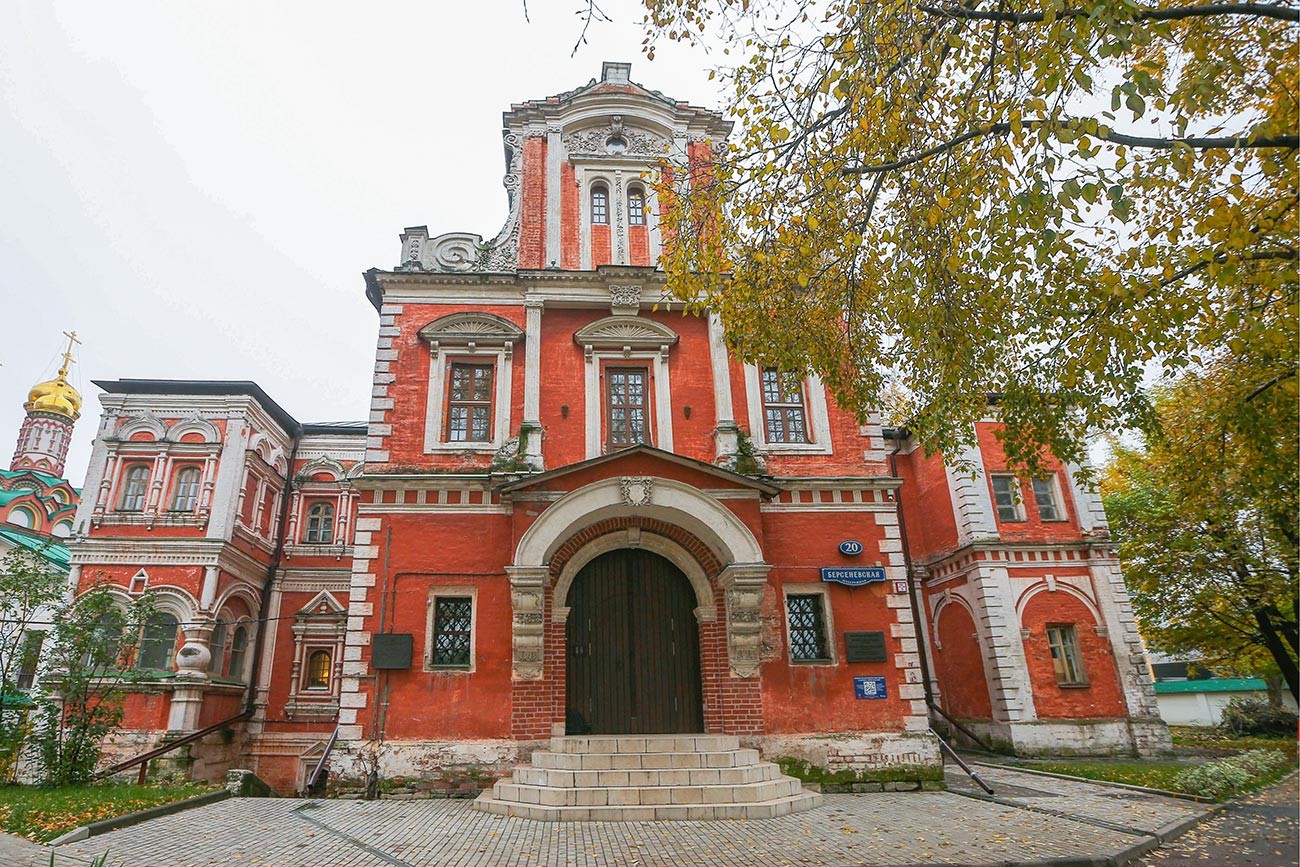 A rare example of how very rich Russian civil architecture could look, this house was built in the late 17th century. Later in the early 18th century, it was partially reconstructed, and outer decorum added. For 55 years in 1868-1923, the Moscow Archaeological Society had its residence here. A nearby Church of St. Nicholas is also a part of the mansion’s ensemble. 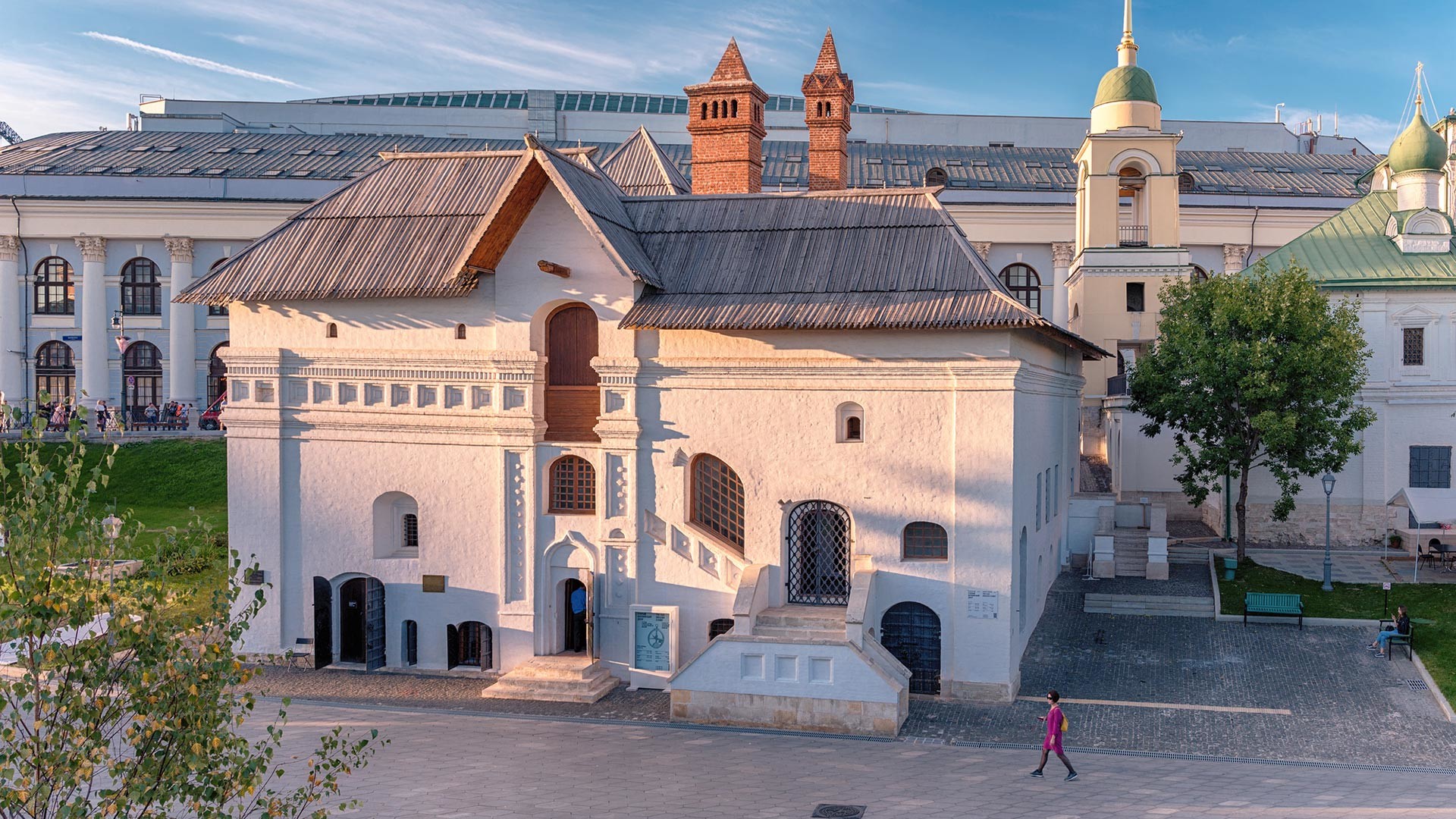 The building of the 'Old English Yard' as seen from Zaryadye park.

The so-called ‘Old English Yard’ is naturally a 16th-century Russian civil building that since the 1550s, housed the English trade and political embassy in Moscow. The building was granted to the Englishmen by Ivan the Terrible. In the 18th century, the house became private property, and in the Soviet times, became divided into communal flats. In the 1960s, the building was rediscovered and restored, its initial inside planning brought back. On October 18th, 1994, the ‘Old English Yard’ museum was opened here, with Elizabeth II and Prince Philip present at the opening. 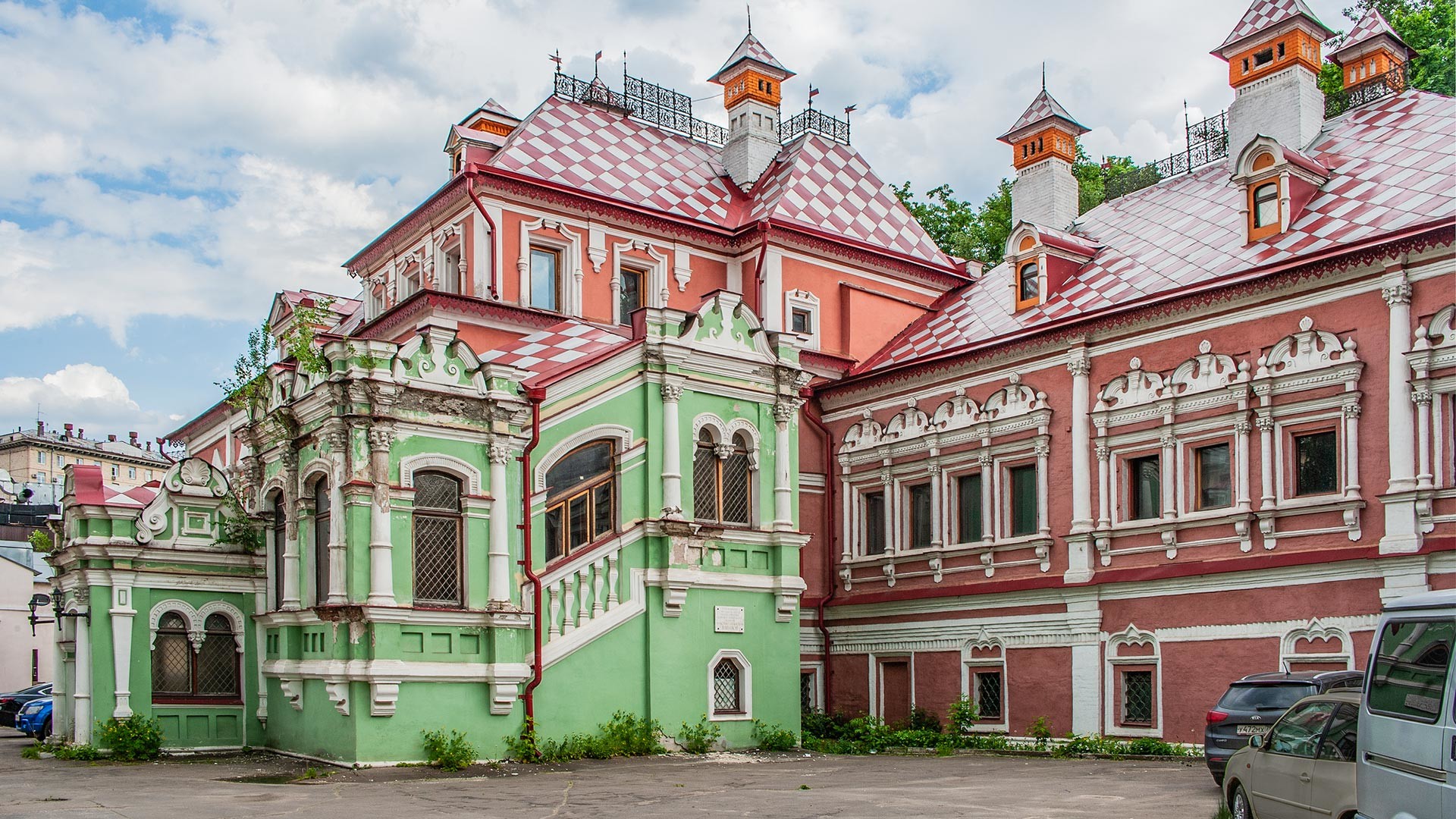 A whole palace preserved from the 17th century, the Volkov-Yusupov palace was a gem of Moscow architecture of early 18th century, when it was owned by Pyotr Shafirov, deputy foreign affairs minister under Peter the Great, and then, by Grigoriy Yusupov, a friend of Tsar Peter in his younger years. The Yusupov family owned the palace, which had its own orchard and a house theatre. For a short time, young Alexander Pushkin lived here with his father, who rented an apartment in one of the palace’s wings. Currently, the palace is in good condition and partly restored.

6. The Palace of Facets 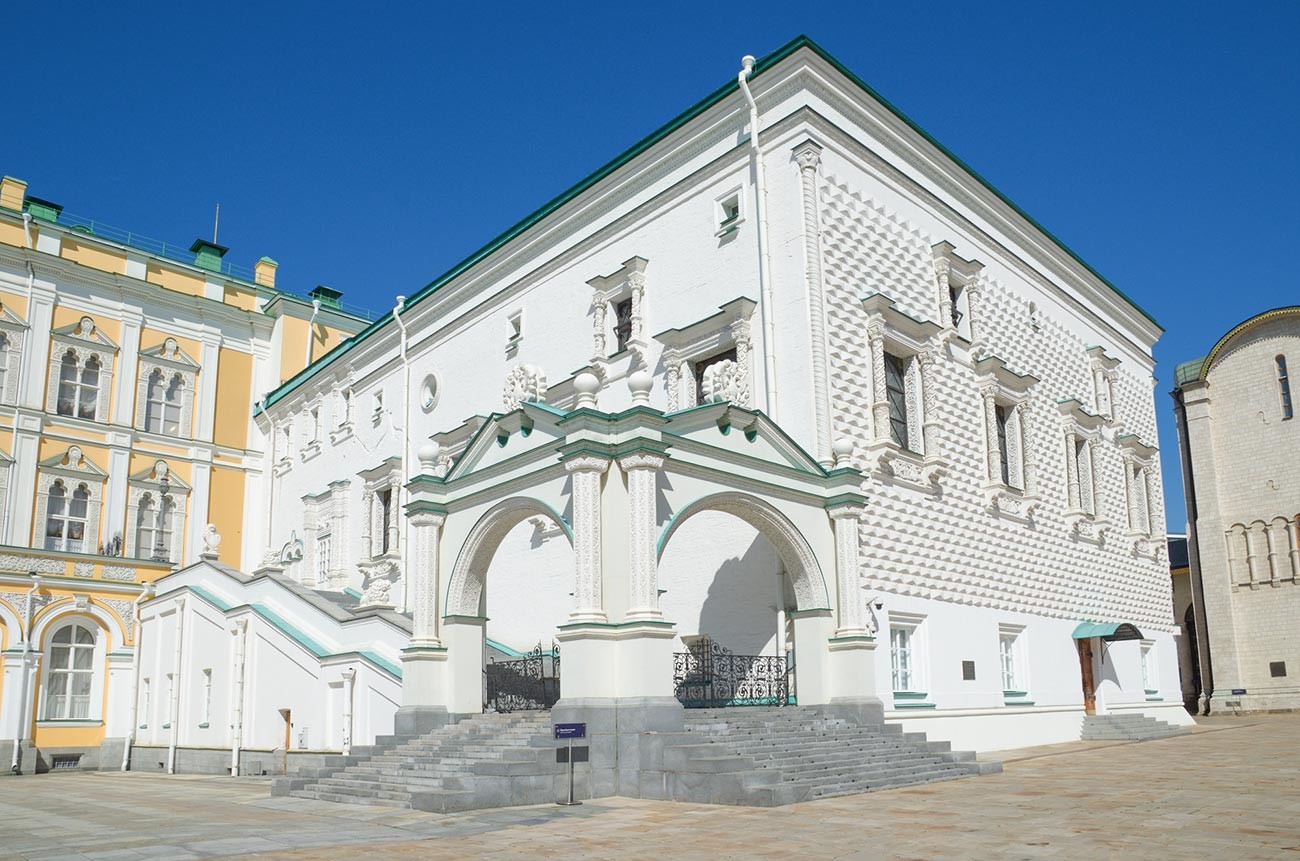 The Palace of Facets

Built in the Moscow Kremlin in 1487-1491, the Palace of Facets was created by Italian architects Marco Ruffo and Pietro Solari specially for grand ceremonies at the Moscow court. The building got its name after the white rustication of the eastern facade. The Palace of Facets has seen all tsars and Emperors of Russia – even after the capital was moved to St. Petersburg, the crowning and anointment to tsardom happened in Moscow’s Dormition Cathedral, and feasts were held in the nearby Palace of Facets. 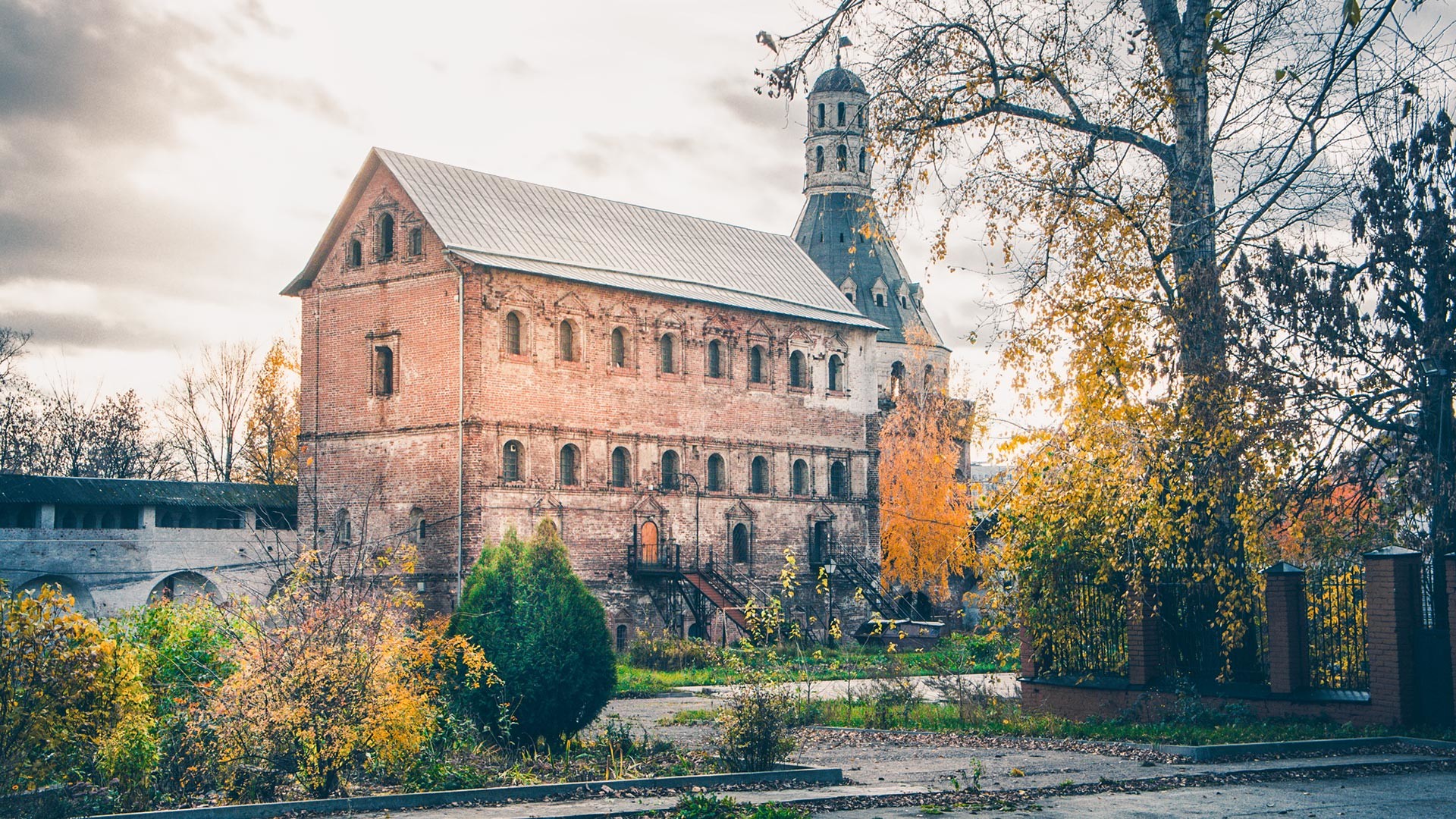 This house could be called the ‘skyscraper of the 17th century.’ Indeed, there were no buildings that high in Moscow circa 1677-1680, when it was created – except, of course, for bell-towers. Although it belonged to the Simonov monastery, a cloister dating back to the 14th-15th century, the function of this house was strictly civil – it was either a malting house or a barn for food storage. Currently, it is one of the few buildings that remained intact after the demolition of the Simonov monastery in the 1930s.