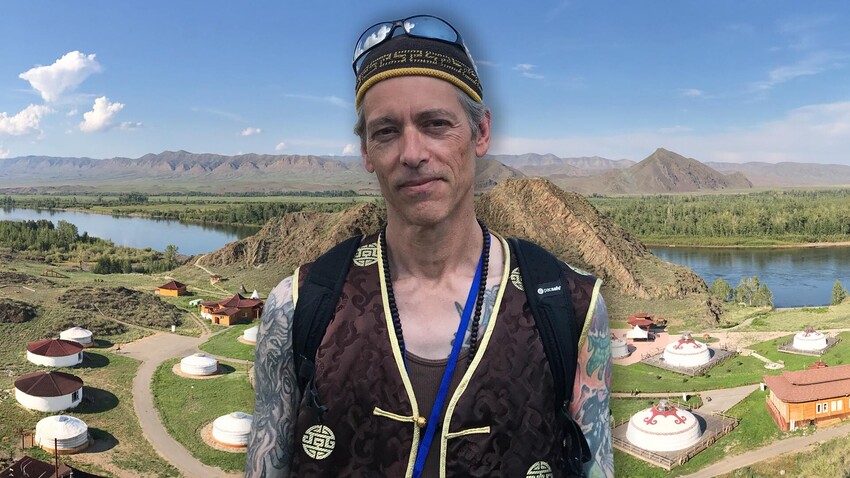 Personal archive
This republic is situated in the south of Siberia - a place where there aren’t even that many ethnic Russians. American tourister Michael Cline visited the paradoxical place three times: It’s a mix of religions, languages (Russian is studied as a foreign language), architectural styles and epochs. He opens up about his adventures there.

“Here was a shepherd tending to his animals. He was doing the exact type of work that his ancestors had been doing for generations and wearing the same clothes that they probably wore. The only difference was him pulling out his smartphone for a selfie that he would probably later upload to his Instagram account. Tuva continued to show me what a contradiction she is,” Michael Cline writes in his book, ‘My Adventure In Tuva’.

Michael was born in the United States and had lived in New York for a long time, before moving to Barcelona in 2020. Over the past ten years, he worked as an Uber driver. Then he became one of those rare foreigners to repeatedly undertake trips to one of Russia’s most remote and unique corners - the Tuva Republic, on the border with Mongolia. 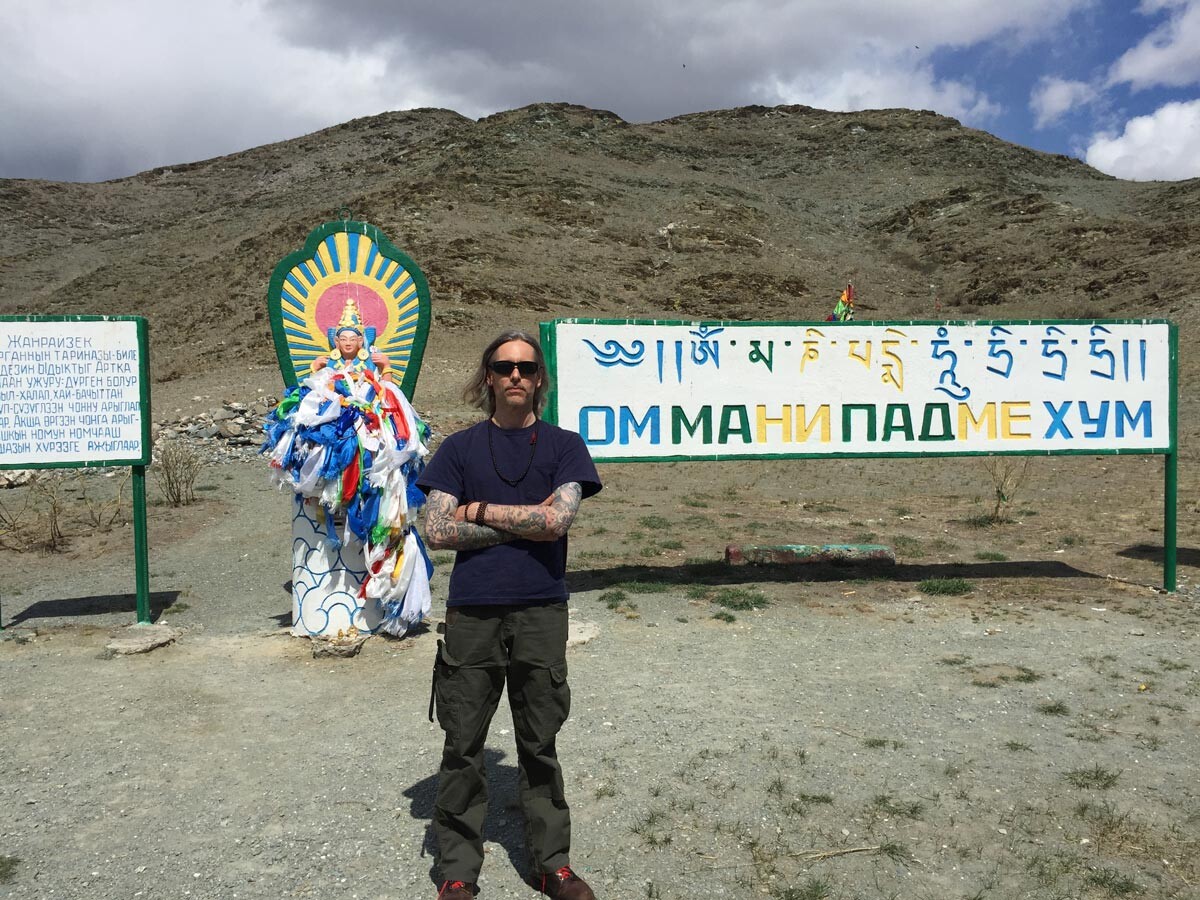 “I knew that part of the population was nomadic and I could see from videos that it’s certainly a beautiful place. But, what I imagined it to be and what it truly is are two entirely different things,” he says.

It’s literally in the middle of nowhere

“In 1999, I stumbled upon the film ‘Genghis Blues’ (1999), a documentary about a blind blues singer who discovers the music of Tuva. I found this film at the right time in my life and had been going through some dark times.”

Having been totally oblivious to the place before, Michael became completely enchanted with Tuvan music - specifically, the throat singing. He began frequenting the shows of Tuvan bands on tour in the U.S. “I never missed a concert and would travel as far as eight hours by car to see them,” he recalls. 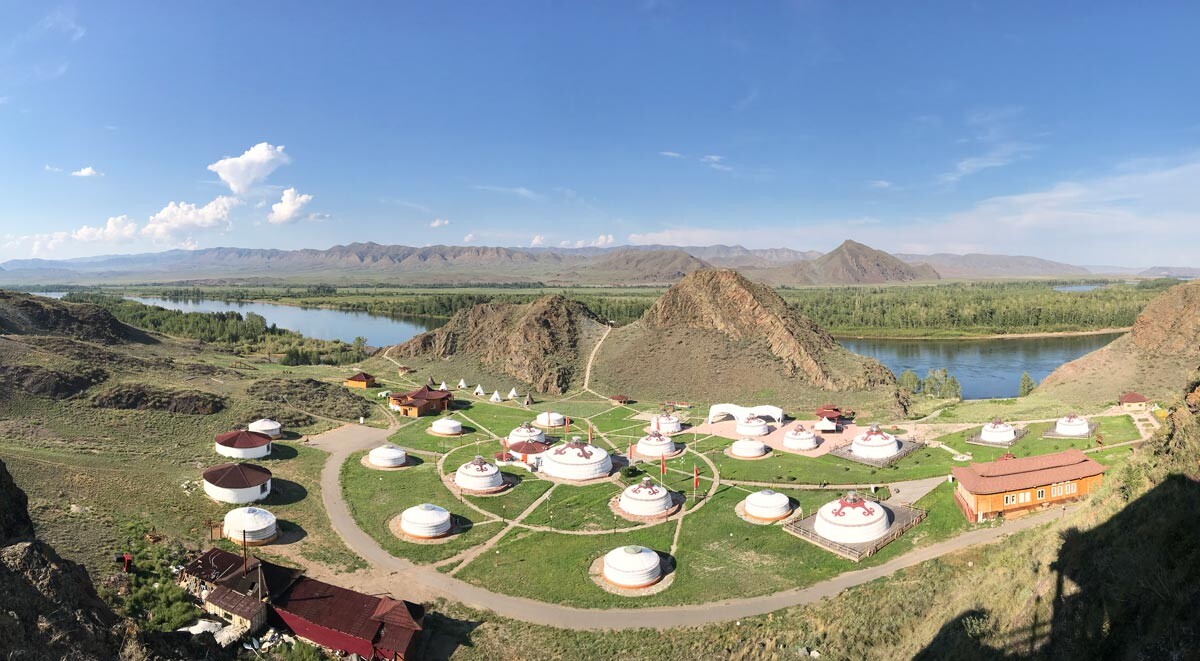 Soon, a friendship formed between Michael and the musicians - specifically, the ‘Alash’ ensemble - and they invited him to Tuva to see it for himself. He’d never even been to Russia until then.

“As an Uber driver in the NYC area, I had driven a lot of Russian people. When I would tell them that I’d visited their country, they generally asked if I went to Moscow or St. Petersburg. When I told them that I had been to Siberia, to the Republic of Tuva, some had never heard of it, while others said: ‘Why would anyone go there?!’” 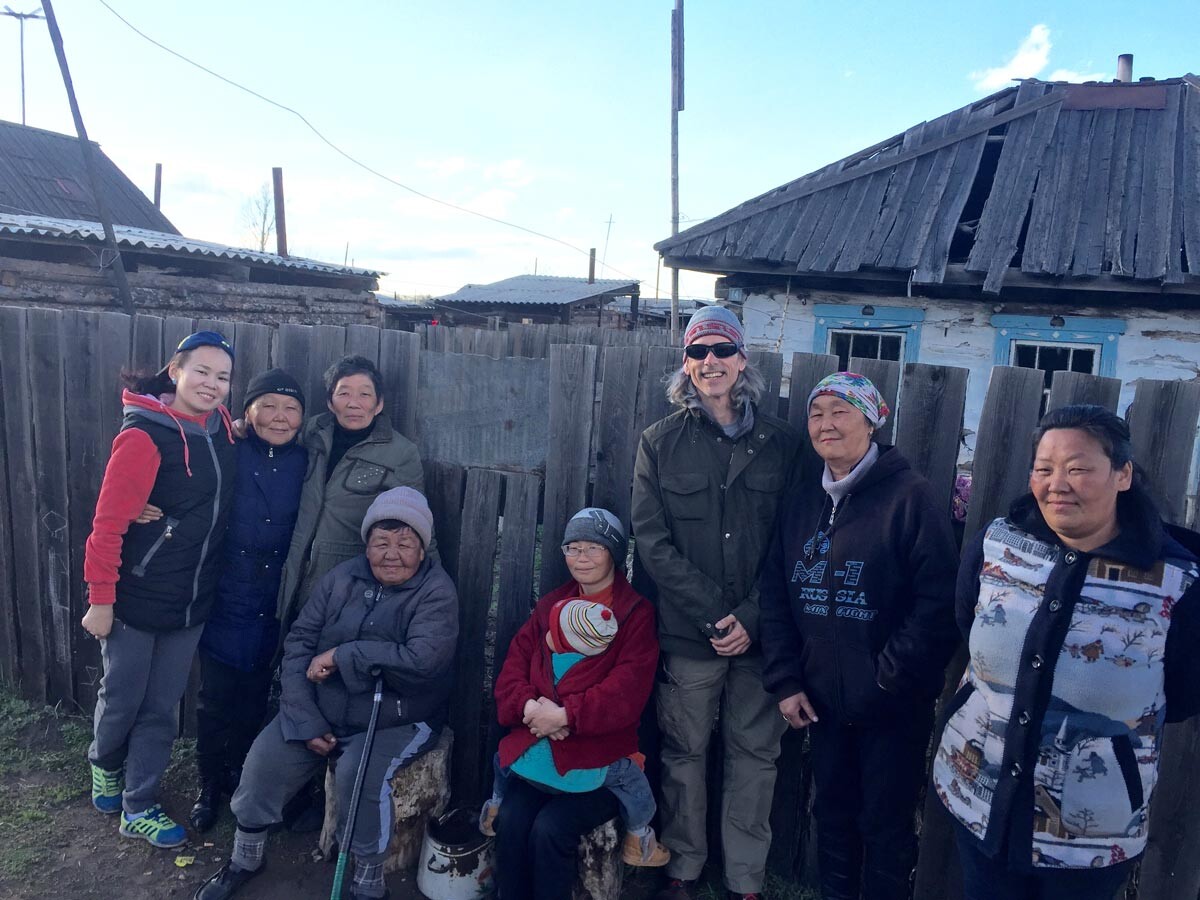 The capital city of Tuva, Kyzyl, is some 4,658 kilometers east of Moscow. There are no major megapolises there and no business hubs or active tourism, either. Around 80 percent of the republic is taken up by mountains, with the remainder of the area being predominantly steppes. The territory is four times the size of Switzerland, yet it is only inhabited by some 332,500 people.

“My first impression was that it’s literally in the middle of nowhere and very difficult to get to. Nowadays, you can take a direct flight from Moscow to Kyzyl, but there were no such flights when I flew there for three separate trips. It’s a nine or ten hour flight from New York to Moscow, then a long layover until the next flight to Abakan, Khakassia. From there, it’s about a six hour taxi ride to Kyzyl,” Michael recalls. 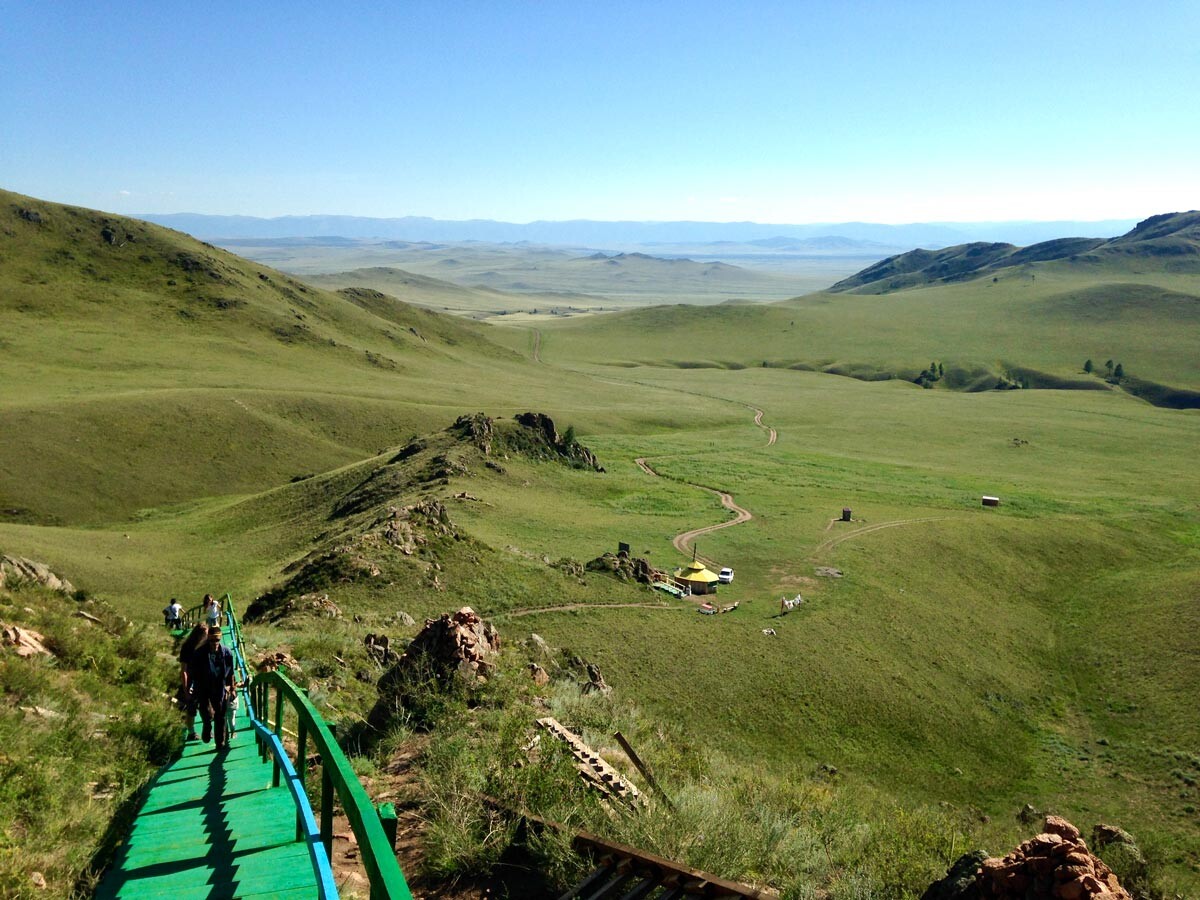 In Tuva’s northern and eastern parts are the great Sayan Mountains. “Once I was on the other side of the Sayan Mountains, the landscape really changed. And, once you hit the Tuvan border, everything looks surreal. The endless steppe is truly more beautiful than you can imagine.”

Kyzyl is one of the great geographical centers of the Asian continent - a fact that is marked by a tall obelisk on the capital’s embankment. It is the most densely populated city in the republic - and the first to surpass visitors’ expectations: “Once arriving in the capital city, I was surprised to see that it wasn’t all yurts and men on horseback. I’m joking about this, but a small part of me still believed that they lived in the past, like no internet and everyone only wore traditional clothing. Kyzyl is a fairly modern city. I actually had better cell service throughout Tuva than I had in parts of the United States.”

At the same time, Kyzyl - and Tuva in general - as well as their inhabitants, don’t come across as decidedly Russian or Asiatic, Michael believes: “The Tuvan people, in my opinion, are neither Asian or Russian. They have Mongolian features, but are their own distinct race, much different than the Mongolians. There’s only approximately 300,000 Tuvans on the planet. They are a very small group of people, which I believe makes them incredibly unique.” 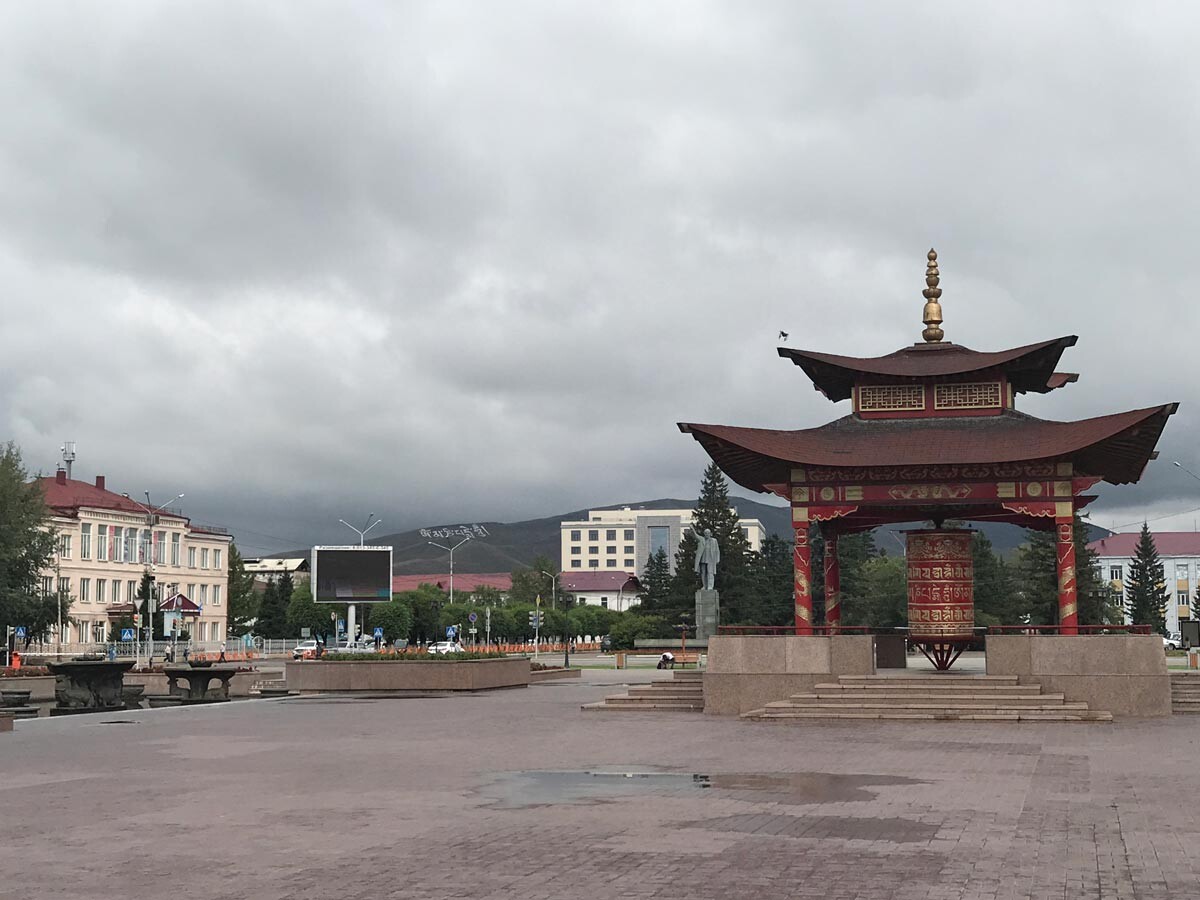 The part that immediately stands out about the republic is just how few Russians actually live there - only about 16 percent of the population, according to the 2010 census. Some 82 percent are ethnic Tuvans, who prefer speaking Tuvan. Russian, meanwhile, is taught in schools as a foreign language. 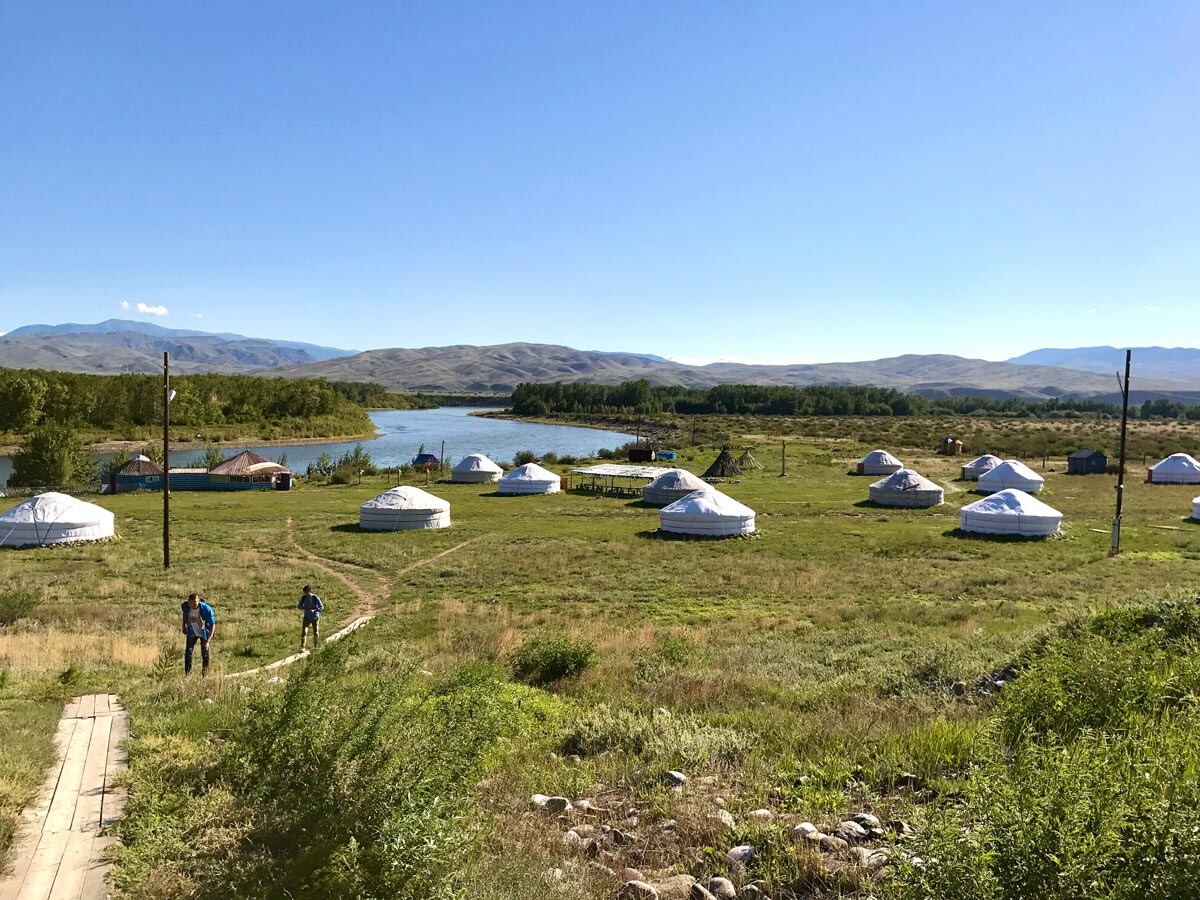 “In my experiences, Tuvan is the predominant language, but most are fluent in Russian, you just don’t hear a lot of Russian spoken. I did not meet a lot of ethnic Russians, but they are there. Sometimes, I’d go into a store and would be surprised to see a Russian person behind the counter,” Michael says. He felt lucky to have always been accompanied by Tuvan acquaintances. The Tuvans, on the whole, don’t speak English. 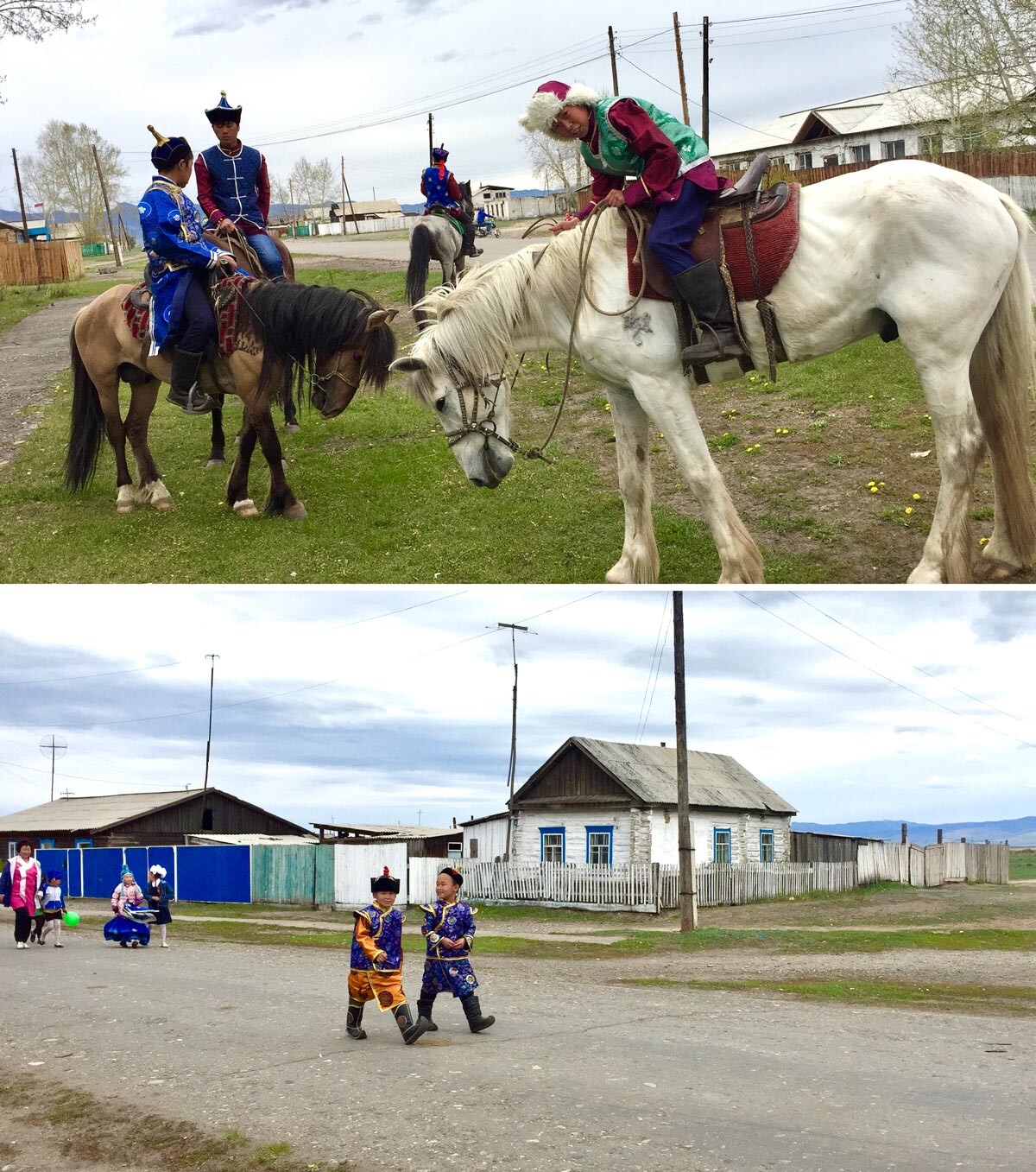 There are also remnants of a Soviet past scattered across Tuva. “They seem a bit out of place, but are a good reminder that you are in the Russian Federation.” 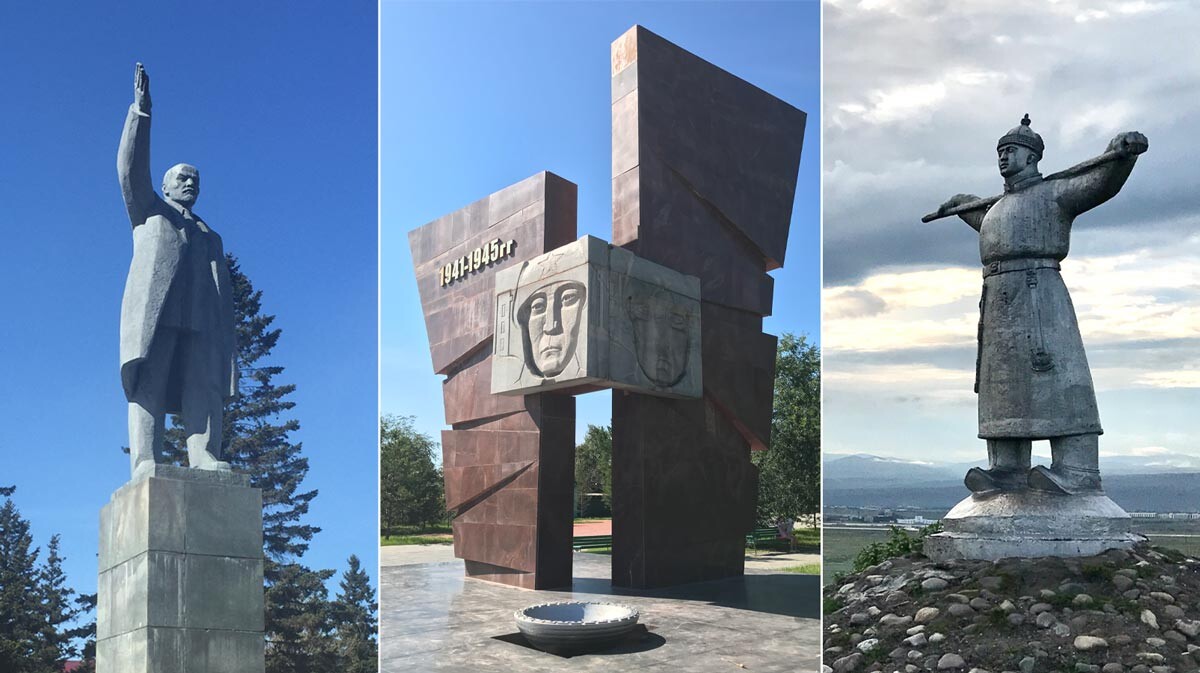 The most obvious reminder is a gigantic monument to Vladimir Lenin on Arat, the city’s main square. But, the most interesting Soviet throwback, according to Michael, is something else: “Everywhere I went in the republic, I kept seeing monuments to World War II, the Great Patriotic War. The Tuvan people fought the Nazis alongside the Russian Army, something that, as an American, I never thought existed. In almost every village I visited, there was a monument that listed the names of the locals that died in the war. I found this quite interesting.”

So, why would anyone go there?

Michael’s first trip to Tuva took place in 2016 and lasted 15 days. He would be back in a year. His Tuvan friend once said: “Once you breathe Tuvan air, it will always call you back.” “I can assure you that this is true,” he agrees.

The second time, he went for the international festival of throat singing ‘Höömei in the Center of Asia’, where, to his surprise, he was awarded the title of ambassador of Tuvan culture in the U.S. And a year later, he attended the Khöömei symposium, where scientists made a report on Tuvan throat singing. He would have gone in 2020, says Michael, but covid restrictions got in the way. However, he went not only for this reason. 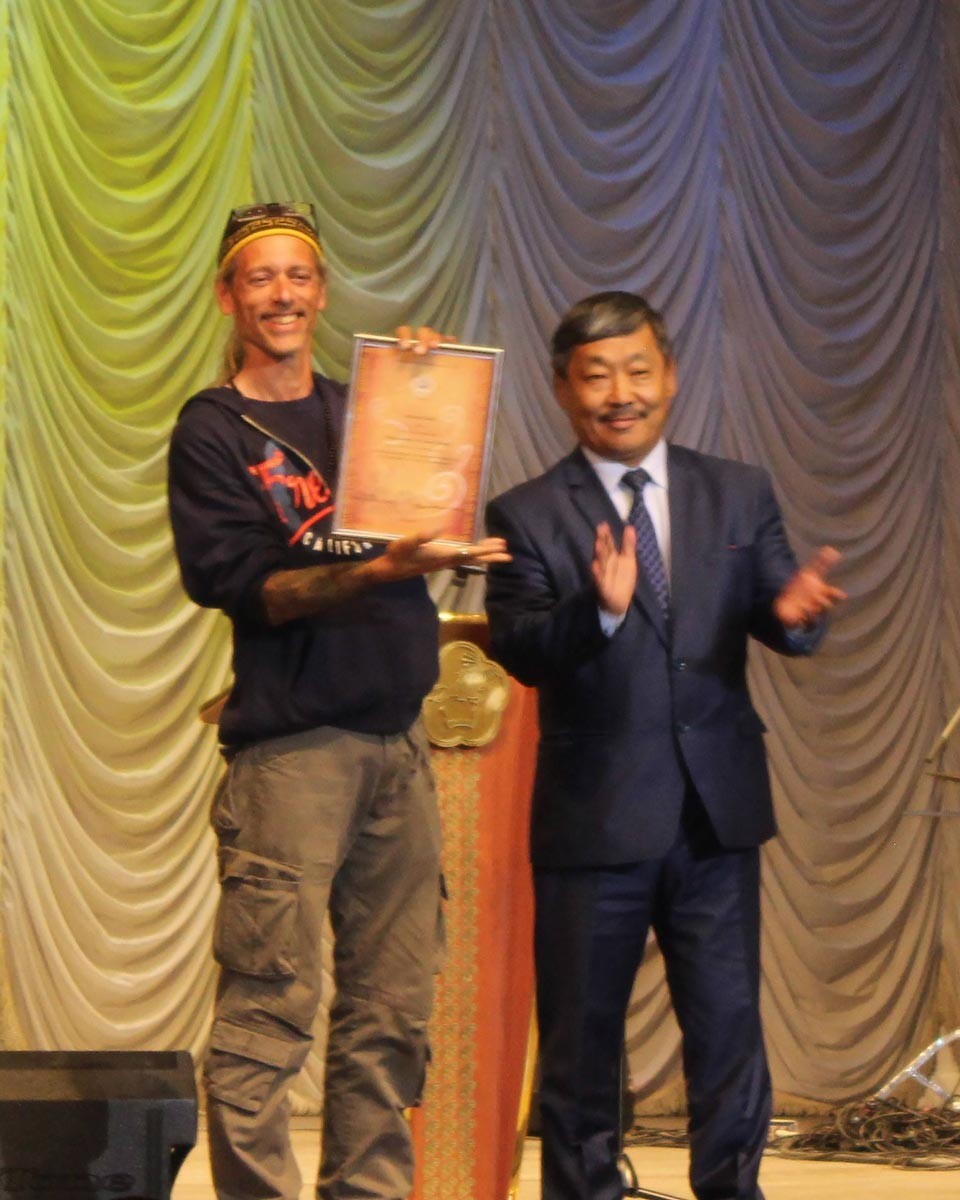 “The landscape and the scenery. It’s absolutely beautiful. Photos and videos simply cannot capture how amazing it is. No matter where I was, I always saw mountains. And there are mountains of all colors, shapes and sizes. There’s a beauty in the sparseness and, if you take a closer look, there’s much more to see than mere flat land. In 2018, a group of friends took me to a place called ‘Chaa Khol’. It was so amazing that I couldn’t stop laughing. My friends asked me what was wrong and all I could say was, “Nothing on earth can be this beautiful, it must be photoshopped! 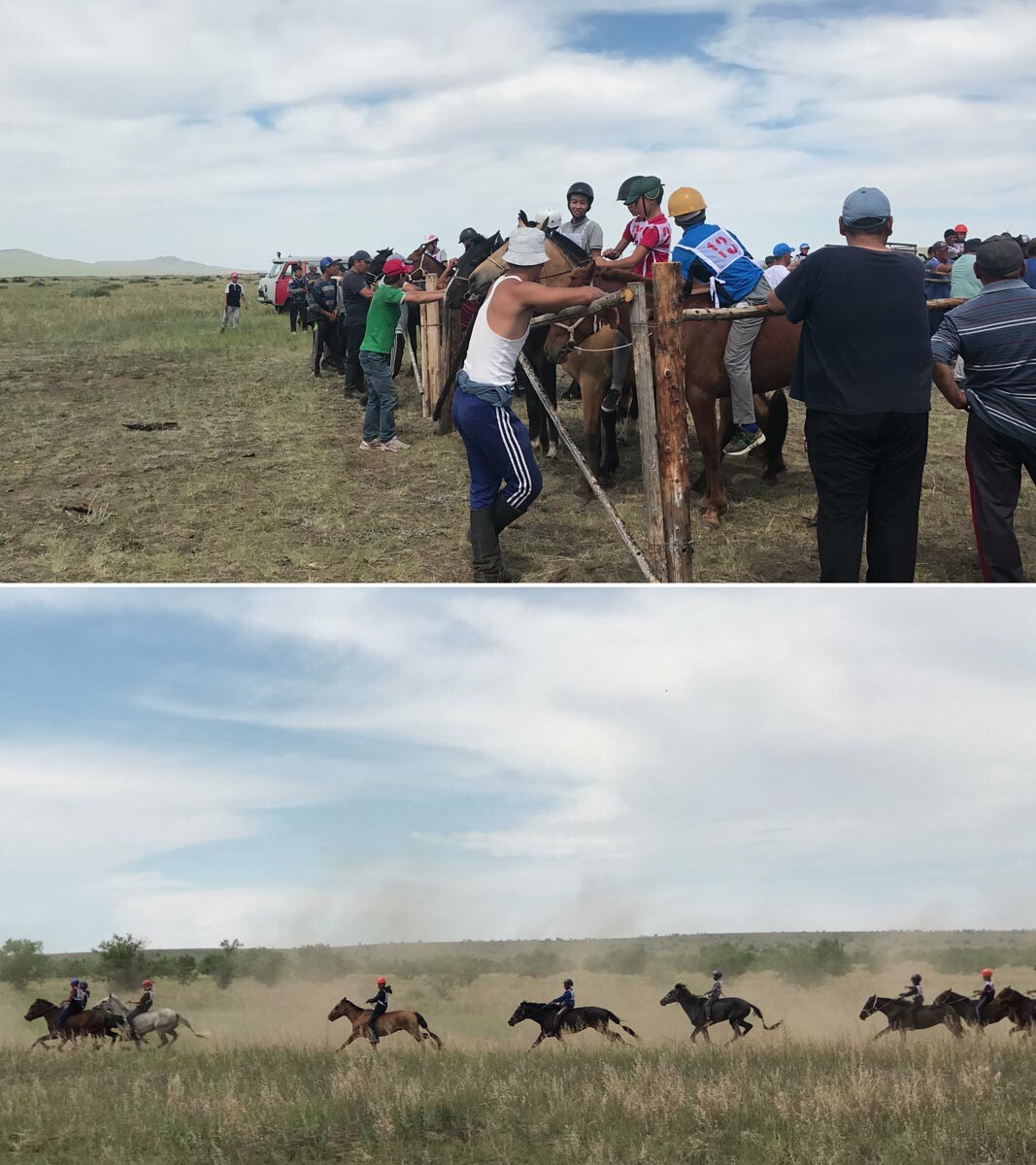 “Another thing that really blew me away was the kindness of the people that I met. I wound up in small villages while visiting the families of some of my friends there and I was always given more food than I could possibly eat and I always had a bed to sleep in. I was treated quite well, even if we didn’t speak the same language. Anything that I required, I was given. It was a truly humbling experience. Most were very impressed that I had made the long journey to see their land and to learn their customs,” Michael says. 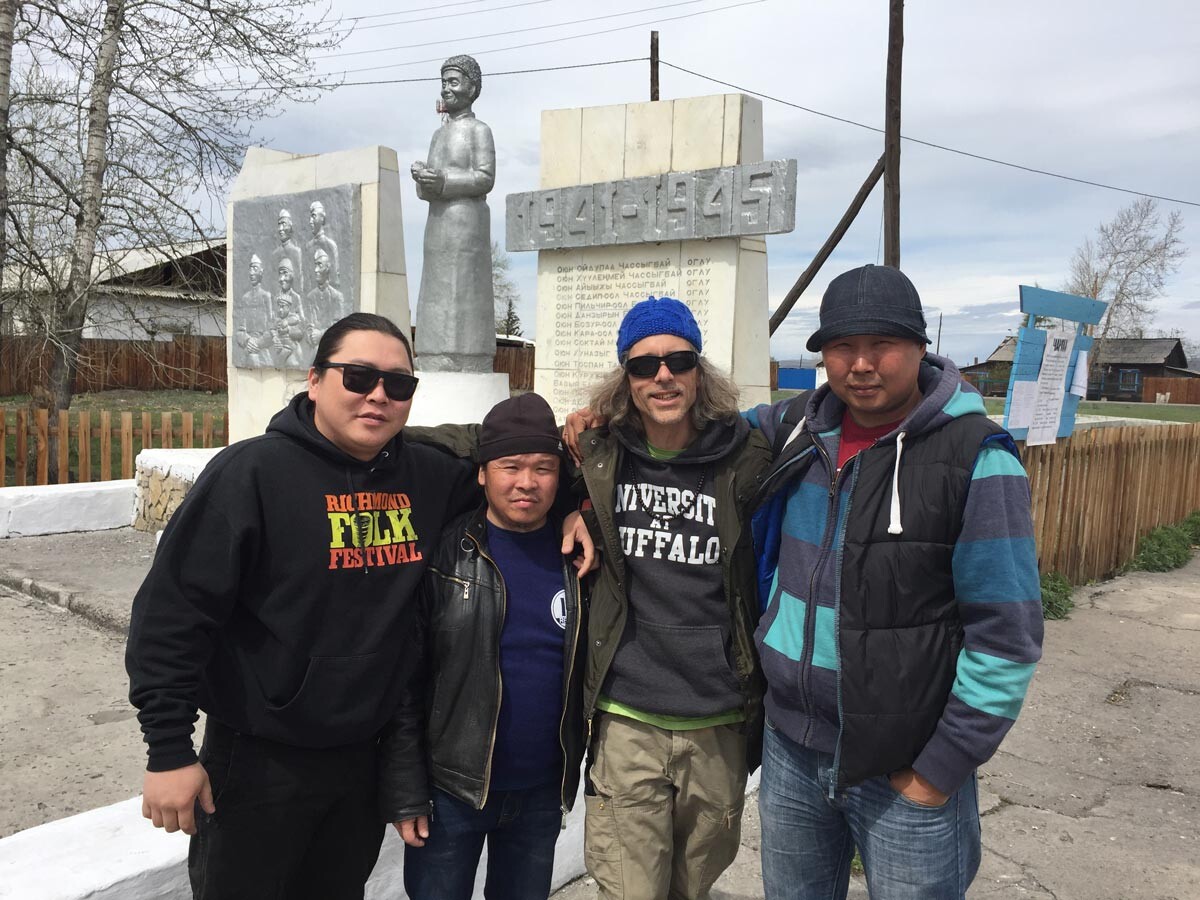 Many know Tuva as a place where Buddhism and shamanism combine and it’s difficult not to feel this, even for someone who isn’t overly religious, Michael confesses. In 2016, a friend took him along on a wild adventure into the west of the region. His son had won a horse in a throat singing competition and a long journey to the Bay-Tayginsky district lay ahead, in order to claim the prize from a nomad family and ride it back. On the way back, they often stopped at sacred Buddhist spots and tied colored mantra flags to trees. 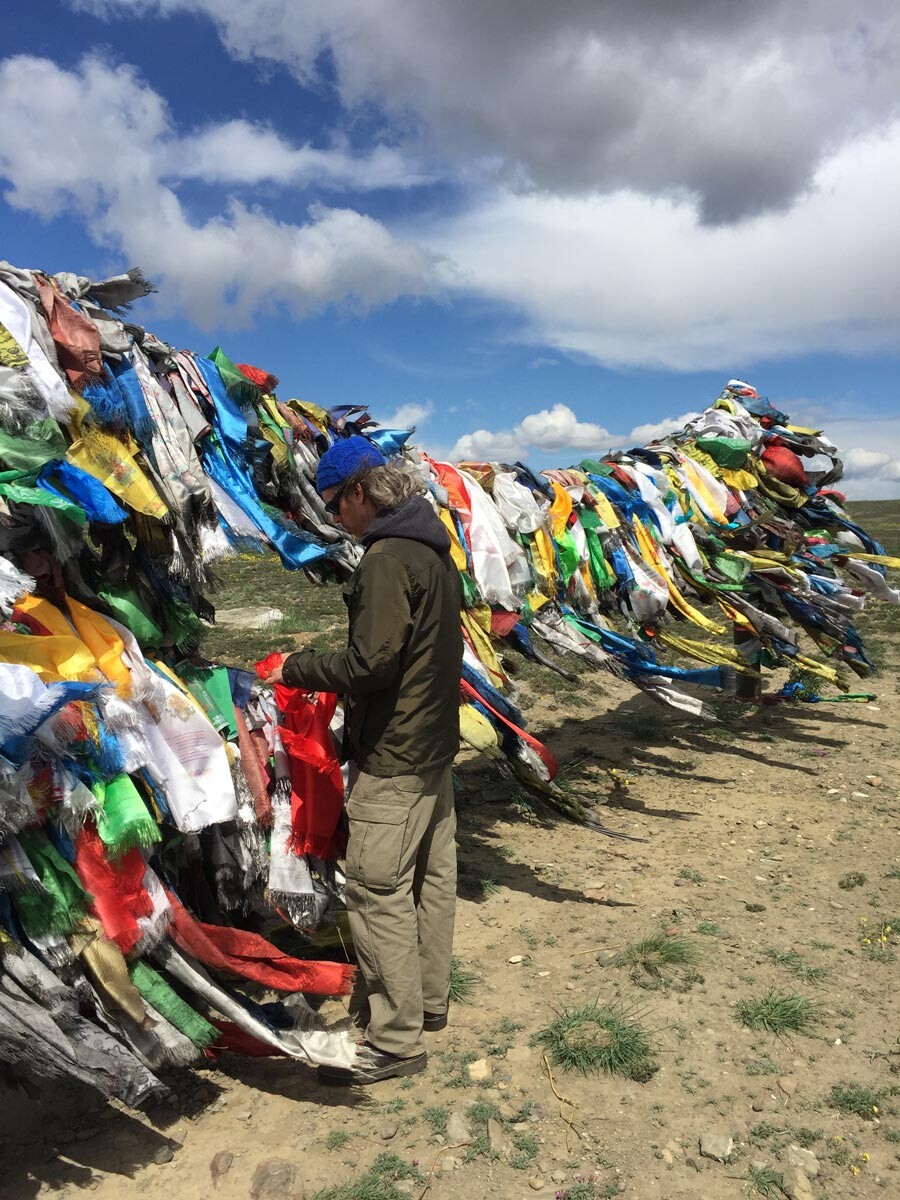 “On our return trip, we stopped at a Buddhist temple near the village of Chadan, a very sacred place. I don’t know if it was due to the excitement of being so deep into the Tuvan countryside or if I truly felt something, but I broke down in tears sobbing and crying. I can’t even begin to describe what I felt there, some type of energy, something that photos, videos and even words cannot capture.” 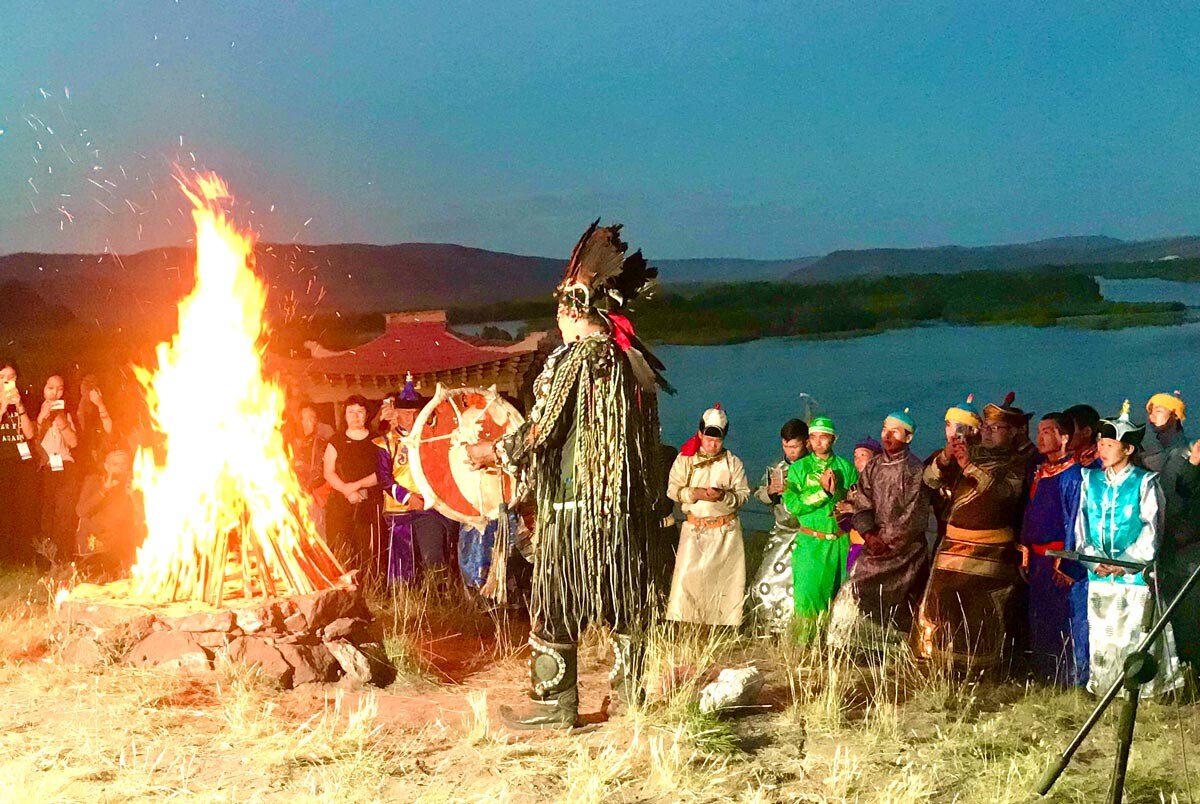 He felt something similar later on in a different holy place - ‘The Buddha’s Footprint’. Tuvans believe that it is there that Buddha made his ascent to the heavens. “It’s one of my favorite places and it’s incredibly beautiful. I felt similar energies there,” Michael says.

A place that few people will ever experience

Frankly speaking, Tuva doesn’t enjoy the best of reputations. Kyzyl was named the most dangerous city, with the highest per capita murder rate in Russia, with Tuva also being named the poorest and with the lowest standard of living in the country. Michael knew about this, but was not deterred.

“All places have bad parts of town and bad people and they are fairly obvious if you know what to look for. I did not have any issues on any of my trips to Tuva, but I also didn’t go out alone at night and I avoided going into bars. To be honest, I actually felt quite safe there.” 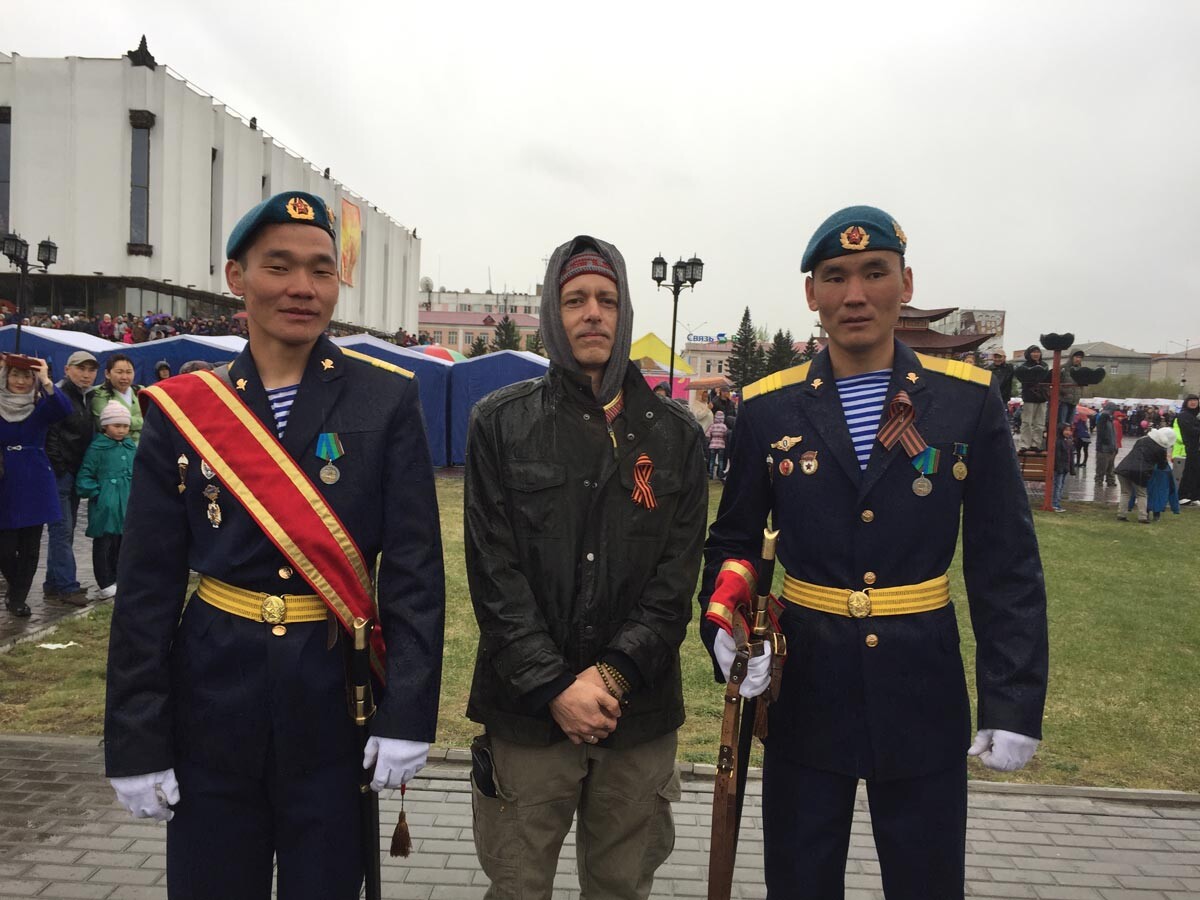 Speaking of Tuva, he expresses certainty that this isn’t a place for everyone. The people that travel there are usually interested in throat singing and shamanism - the two things are considered to be the region’s biggest draw, he believes.

“Don’t be afraid to travel there, but be well aware that it’s not a very tourist friendly place. I do not mean this in a bad way, but don’t expect it to be the same as booking a flight to St. Petersburg and then easily finding a tour guide. There are tour guides in Tuva, but most of them you’ll find via word-of-mouth once you are there.” 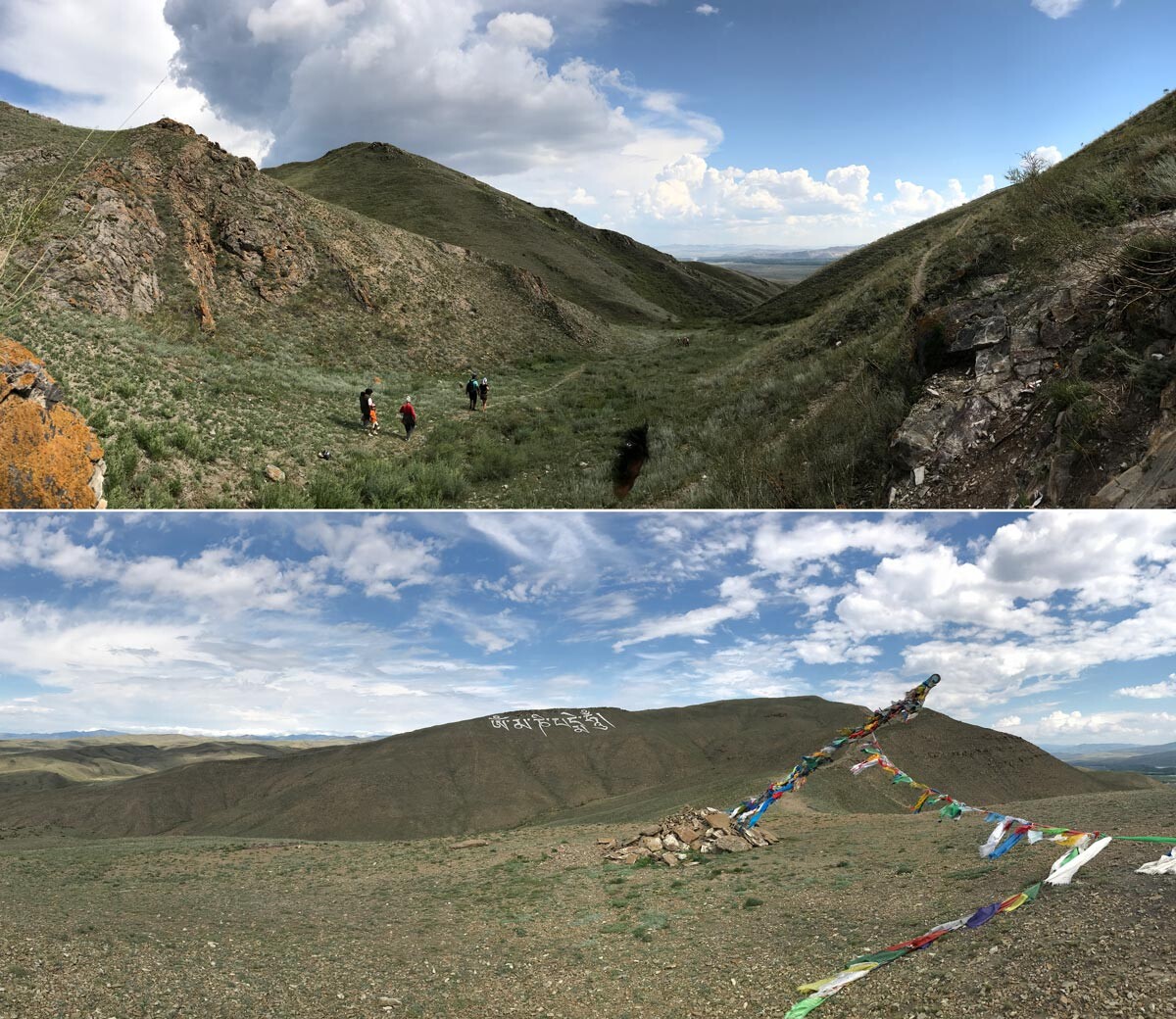 Michael has a Facebook group - ‘TUVAN MUSIC’, which has 5,000 members so far. Some have already visited Tuva and don’t hesitate to recommend it to others.

“I’ve done a fair amount of traveling - Europe, Central America, South America - but I’ve never been to a place as beautiful as Tuva. Once you arrive, you definitely know that you are someplace special, a place that few people will ever experience,” Michael concludes.