5 extinct ethnic groups that used to live in Russia 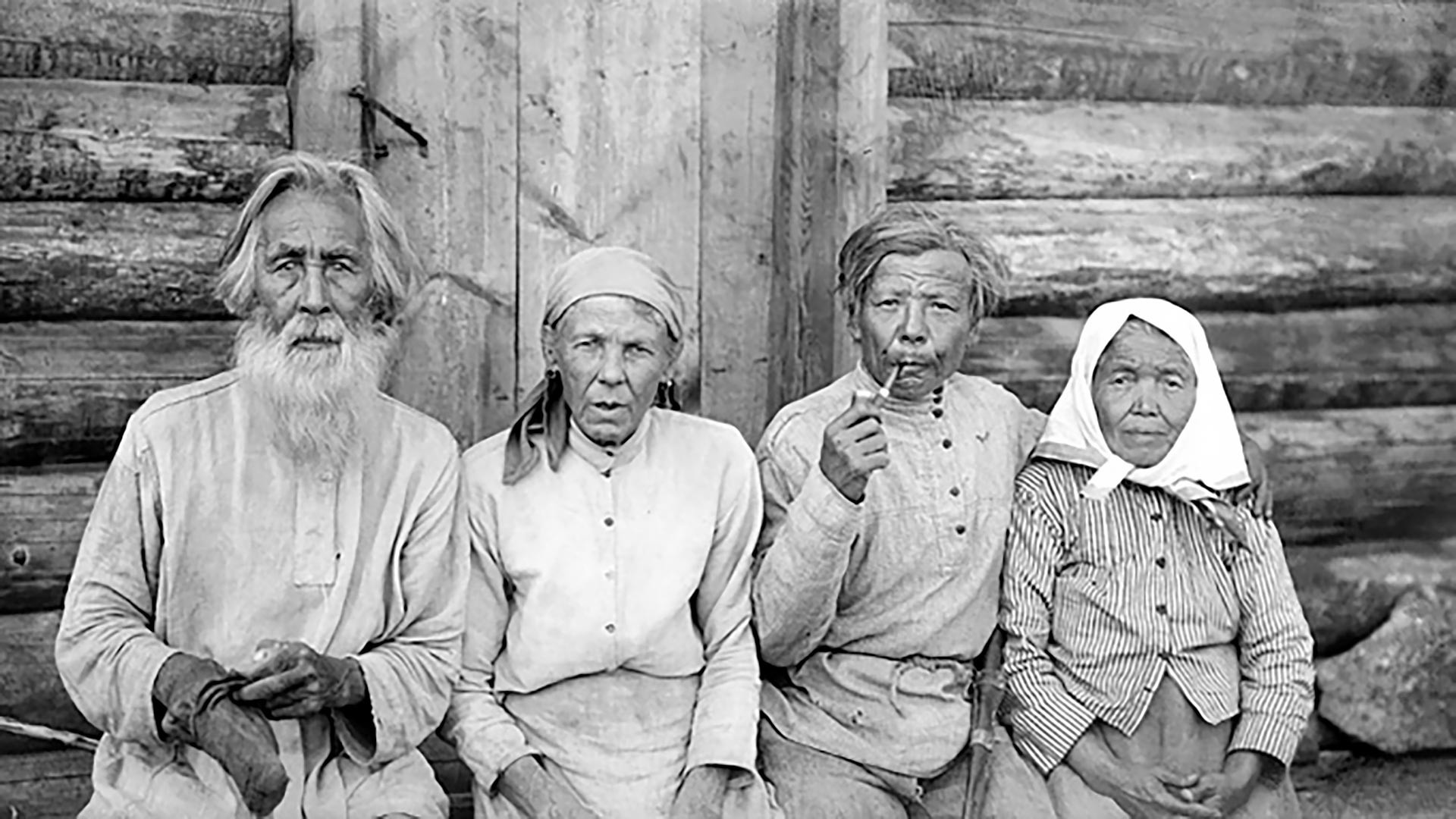 The family of Kamasins, 1925. Krasnoyarsk Territory.

Public Domain
There are people from over 190 different ethnic groups living in Russia today. However, just a century ago there were even more indigenous peoples here.

Throughout history, there are many examples of ethnic groups who over time lost their traditions, cultures and languages, and eventually merged with other peoples and lost their distinct ethnic identities. For example, by the 17th century, Curonians had mixed with the Baltic peoples, and in the 14th century the Meryans assimilated with the Mari and Mordva. Meanwhile, the Bulgars eventually became part of the ethnogenesis of the Tatars, Kumyks and Nogai and gave their name to the entire country of Bulgaria. But this all happened a very long time ago, whereas these indigenous peoples of Russia disappeared relatively recently—just yesterday by historical standards. 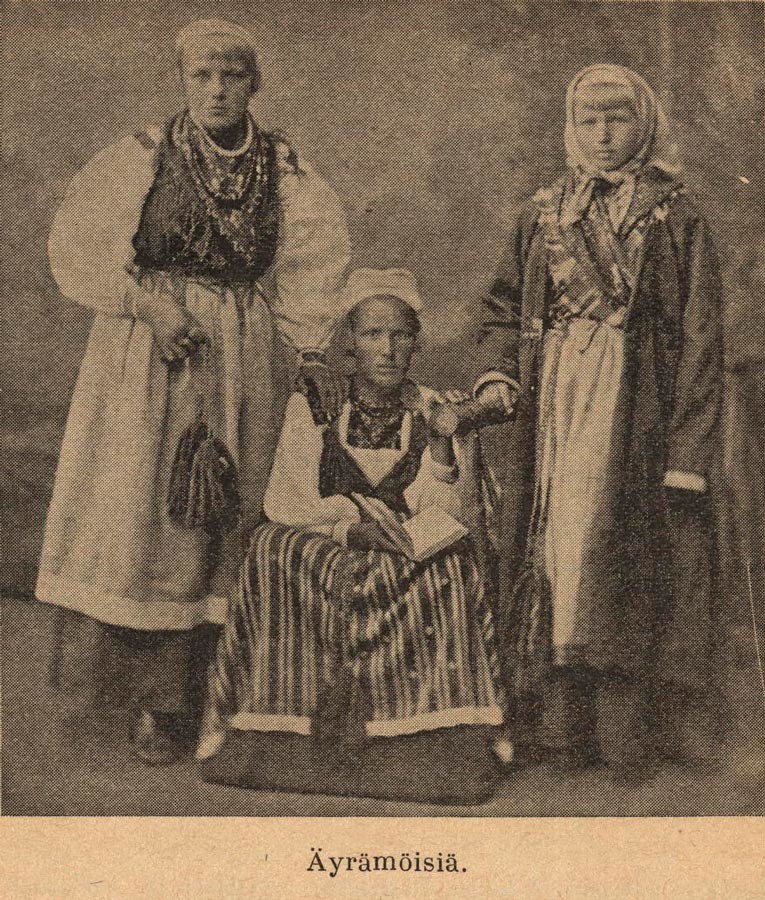 Historically, the Karelian Isthmus (north of St. Petersburg) has been home to many indigenous peoples. At different times, its territory passed between Russia and Sweden, and at various points Russians, Swedes, Finns, Vepsians, Vods, and Karelians lived here. One of the local indigenous peoples was the Evrimeiset. They originally lived along the Vuoksi River (north of St. Petersburg) and were related to the Finns, Karelians and Izhorians. They belonged to the Lutheran and partly Russian Orthodox churches but had their own customs and language (similar to Karelian and Finnish).

In the early 17th century, the province of Ingria was established here, with the Evrimeiset making up the majority of its population. Their new neighbors were the Savakot, settlers from the Finnish region of Savonia. At first, the two ethnic groups did not mix much, however, by the late 19th and early 20th century, differences between the two groups had largely disappeared and the inhabitants of the two lands were all called simply Ingrians. At this point, the Ingrians too are considered indigenous people with few living representatives: just 4,000 or so live in the Leningrad Region at present. The list of traditional Evrimeiset villages includes: Luppolovo, Vartemyagi, Rappolovo, Toksovo, Baryshevo and Kavgolovo. 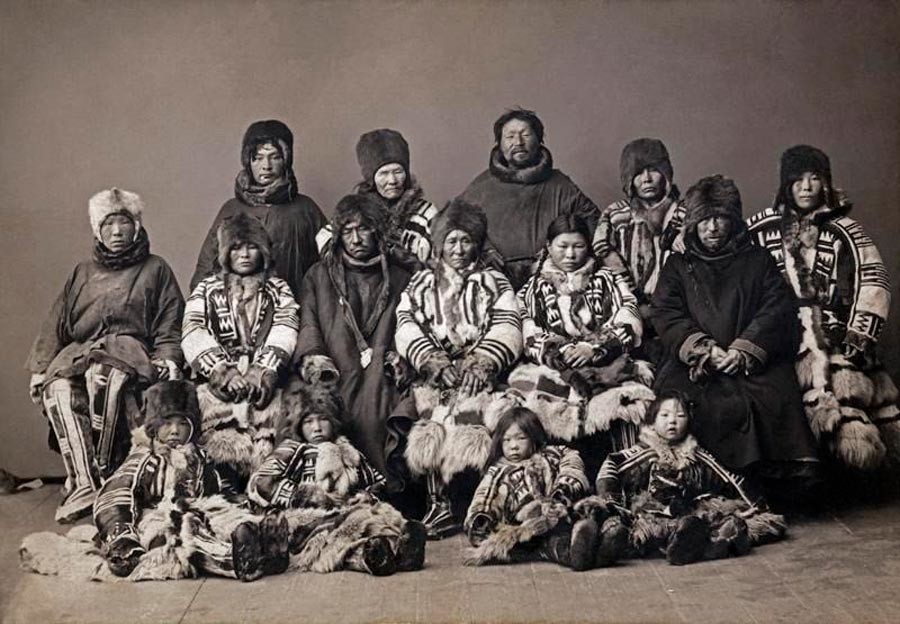 Now let's spin the globe to Siberia. Here, on the northern slopes of the Sayan Mountains (south of Krasnoyarsk Territory and Khakassia), not so long ago lived the Mators, who belonged to the Samoyed peoples (which also include the Nenets, Enets, Nganasans). Like with other northern peoples, their main occupations were hunting and reindeer herding. The Mator language was one of the two main Samoyed languages (Kamassian was the other), but it is now considered extinct. During the 19th century, the Mators assimilated with their neighbors, the Tuvinians and the Khakass. Many representatives of the Mator died in a smallpox epidemic as well. 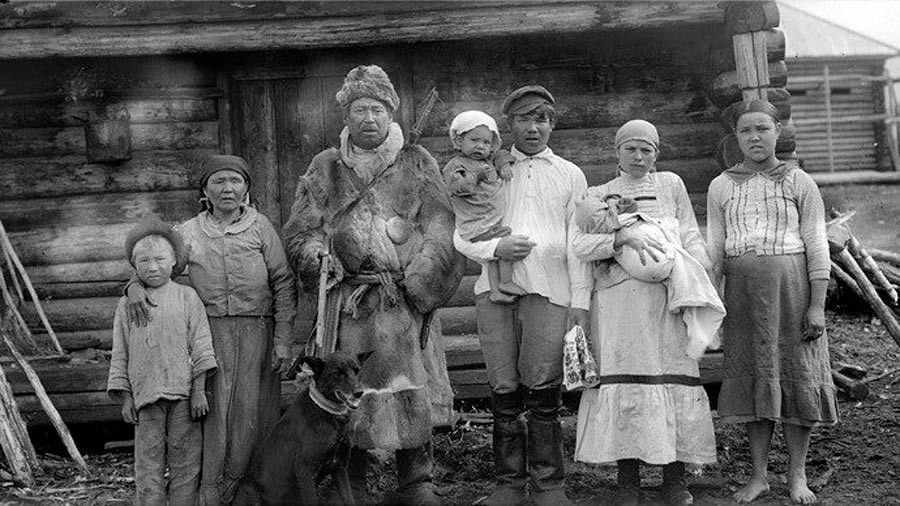 Kamasins lived on the territory of present-day Khakassia and in the south of the Krasnoyarsk Territory. They were divided into Steppe Kamasins and Taiga Kamasins (sometimes also called Taiga Tatars), while the Kamassian language had different dialects. This ethnic group was already becoming extinct by the 17th century, at which time Russian explorers in that area counted only around 500 Kamasins.

By the end of the 19th century, the Samoyed people had mixed almost completely with Russian and Khakass people living in the region. Interestingly, during research expeditions Soviet ethnographers met rare representatives of Kamasins in the Sayan Mountains. Like their northern relatives, they lived in teepees. The last speaker of Kamassian died in 1989, while the last two Kamasins were recorded in the 2010 census. 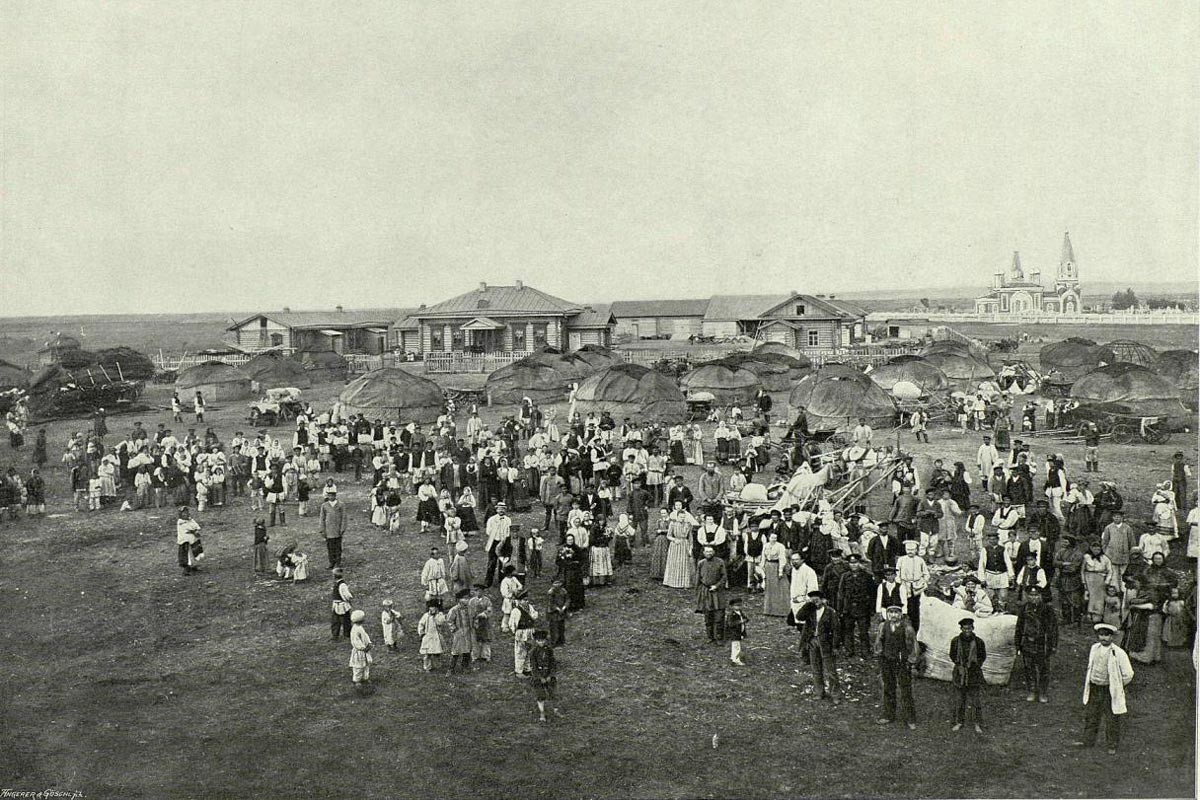 Here is the town of Kansk in the Krasnoyarsk Territory, 1899. This district was the center of the Kotts habitat.

The Kotts (Kan Tatars) were nomadic people who lived in southern Siberia along the Yenisei River. They spoke the Kott language—part of theYeniseian language group. Тhe Yeniseian languages are now considered dead, except for Ket, which is still spoken by some 200 people. What is left of the Kotts on the map are place names that end in “shet” and “chet” (for example, the town of Tayshet).

By the end of the 19th century, the Kotts had assimilated completely with the Samoyeds (including the Kamasins), as well as the Buryats and Russians. At the time, an expedition by the philologist Matthias Castren found only five remaining speakers of the Kott language. In the 1960s, Soviet linguist Alexander Matveyev conducted an ethnographic expedition to the areas where this ethnic group used to live and found that nothing remained of the Kotts by then. 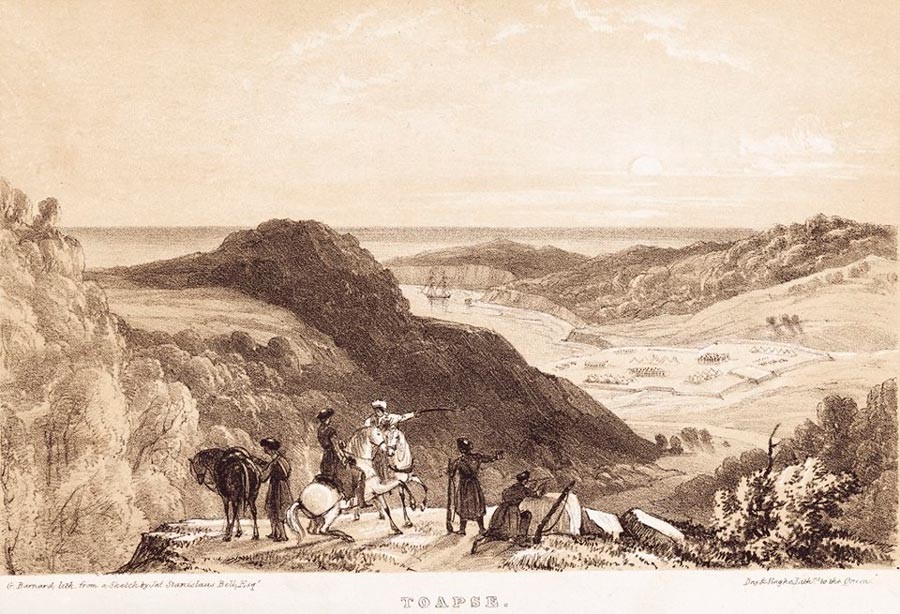 The Caucasus is, perhaps, the most multiethnic part of Russia, with dozens of ethnic groups living here. Along the Ashe River (in present-day Krasnodar Territory) from time immemorial there lived the Goaye, an Adyghe sub-ethnic group. They enjoyed something of a privileged status and a special degree of independence among the other ethnic groups. At least 17 clans belonging to this sub-ethnic group left traces in local place names. The Goaye spoke a dialect of the Adyghe language. It is believed that they went extinct after the Caucasian War in the mid-19th century. However, in 1930 Soviet ethnographers met several Goaye families who still bore the ancient surnames of their ancestors. The researchers also managed to find some local elders who remembered another family of Goaye princes who lived near Sochi. All that remains of them nowadays is a village called Alekseyevka whose old name was Gvai, and an area called Guarek.