How to Learn Russian the Smart Way 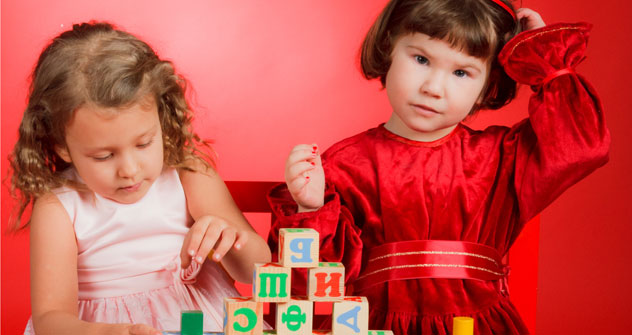 Seven tried-and-tested ways to unleash the innate linguistic genius within you, and conquer one of the world’s toughest languages.

In the previous post Lingo tango: How to tame long-winded verbal monsters, I discussed how daunting the Russian language can be. So if you have decided to learn Russian, where should you begin? Or if you have already begun, how can you take it further? Here is the seven-fold path on getting you started and giving you a head-start in sharpening and maintaining your language skills.

If you’re an absolute beginner, the first thing you need to do is to learn the Cyrillic alphabet. Take relief in letters that look and sound the same as English characters (A, K, M, O…) and watch out for ‘false friends’ – those that look like English characters but don’t sound like them (B – which is actually a V, H – which is an N). Start with the version that appears in print and then move on to the handwritten version (Did I mention they are different?) This Baylor University link neatly tables both versions side-by-side. The quicker you crack the alphabet, the faster you’ll get down to cracking everything else.

When it comes to teach-yourself stuff, Rosetta Stone is the undisputed leader for its ability to teach a language using the same principles of audio-visual aid that work for language acquisition in children. But if you don’t have $379 to dish out for this programme, there are other ways to skin the Russian cat. Russian words don’t always sound as they are written, so if you are even half-serious about picking up this language, do not even think about a teach-yourself guide that comes without audio tools. There are plenty of courses available in local bookstores like Om Bookshop and on Flipkart.com. If in doubt, consult a friend who speaks Russian or check online reviews by users.

Go to Russia! It’s what worked the most for me and it’s what I recommend the most to others - learning Russian in Russia from Russians is a fantastic way to get fluent fast. Both Saint Petersburg State University and the Moscow State University offer Russian as a foreign language. You can enroll in courses that are as short as one week. If you can’t leave India, another option to consider is the Russian courses offered at the Russian Science and Culture Centre

If you don’t have  any Russian friend to speak to and improve your language, the social network is just what the doctor ordered. Now I’m not suggesting that you stalk and befriend every second Vladimir and Maria on Facebook. But what I will suggest is join groups like Learning Russian that can help you find e-mail pals and Skype buddies to practice your language with. Many Russians are eager to learn English and are fond of Indian culture, so as an Indian it’s a two-way street. You can also join Russian social networking site vkontakte.ru (vk.com for English language interface) and access Russian movies and songs and even your favorite sitcoms (How I Met Your Mother, The Big Bang Theory, FRIENDS etc) dubbed in Russian and/or available in English with Russian subtitles.

If you are a Hindi (or Sanskrit) speaker, you are in a unique position. Writing sounds in Hindi (instead of English) will immediately broaden your phonetic range to pick up the right Russian pronunciation. Similarly, if you find it hard to believe that inanimate objects have a gender in Russian, then think Hindi wherein every word comes with a gender (gadi chali vs. jahaz udda). Sanskrit can be even more useful in understanding declensions – the dreaded padezhi – where the word endings change depending on gender, number (a concept there even in French and Spanish) and the object’s function in the sentence. Some remnants of declensions exist in Hindi too e.g. it’s aankhein when you are referring to eyes but aankhon se when you are describing something you did with those eyes. Getting a feel for such concepts through your native tongue can unlock the most difficult grammar structures in Russian.

If Forrest Gump were learning Russian, this would have become one of the most famous lines in Hollywood. But what should you read?
Unlike books – especially fiction books – newspapers are an excellent resource to understand new words and build your vocabulary without checking the dictionary as often as you would need to if you were reading a book. Moreover, newspapers will teach you modern day, easy-to-use language, which you won’t be able to pick up from Pushkin, Gogol, and Tolstoy.

While writing this blogpost, I asked my friends to suggest what worked best for them to learn Russian. An overwhelming number said, drink vodka! It may seem like frivolous advice - especially to the sincere Gujarati - but the point is to lose your inhibitions (preferably without the alcohol) and stop being afraid of making mistakes.

Good luck with your Russian.