Alexey Fedorchenko: ‘After ‘Anna's War’ the subject of WWII in cinema might well be exhausted' 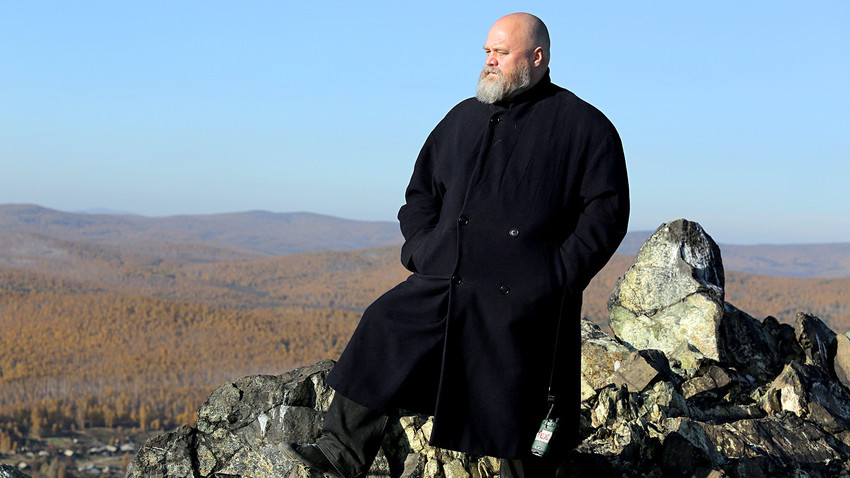 Sergei Okladnikov / 29 February Film Company
Russia Beyond talks to the famous Russian director about his new film, the world premiere of which is about to kick off in Rotterdam.

Alexey Fedorchenko is one of the best known contemporary Russian film directors. In 2004 he won the Horizons Documentary Award at the Venice Film Festival for his mockumentary First on the Moon. His other films - Ovsyanki, Celestial Wives of the Meadow Mari, and Angels of Revolution - are also well known among cinema lovers.

Alexey Fedorchenko's Anna's War will have its world premiere at the International Film Festival in Rotterdam on Jan. 28. It is a claustrophobic war drama taking place in territory in 1941. The main protagonist - a six-year-old Jewish girl called Anna - hides from German soldiers, and the viewer sees the horrors of war through her eyes.

Russia Beyond talks to the director ahead of the film's screening in Rotterdam. 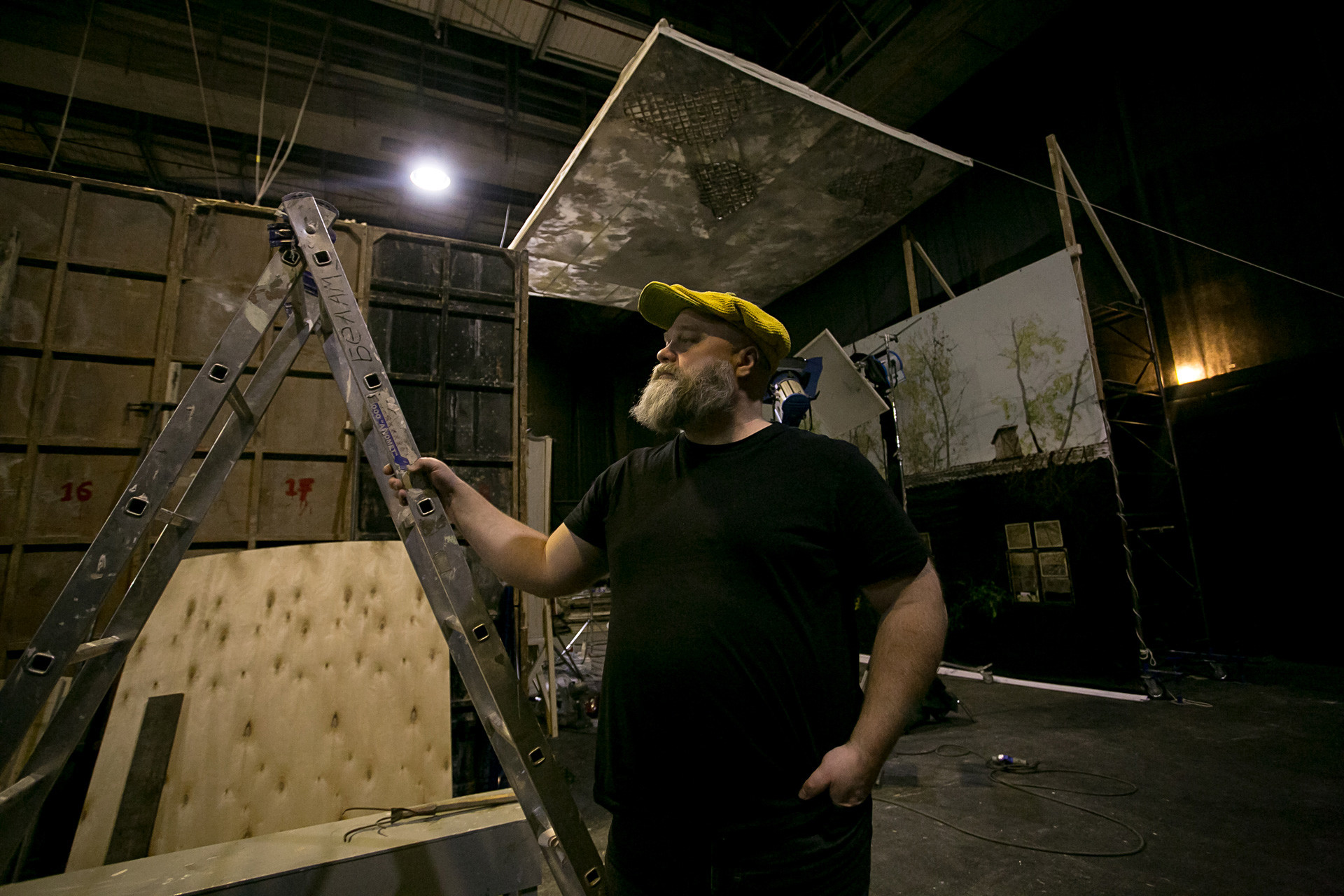 After the announcement that Anna's War had been included in the program of the Rotterdam Film Festival it emerged that you didn't have enough money to finish the film. Is everything okay now?

We did ask for financing on crowdfunding platforms. This is a normal situation in our country for art house films that don't get financial support from the state. From the outset Anna's War didn't ask for money from public funds - the producers of the film decided this. You'd better ask them why. For me, this issue is not a matter of principle.

Rotterdam holds a festival of debut films. You have made six full-length films and received awards at prestigious European film festivals. Are you surprised that Anna's War has been included in the program of this festival?

No, it will be interesting for me to go to a festival that has a reputation as one of the most prestigious in Europe. But in I never try to get my films accepted for any particular venue.  Of course, to the it’s important that a film is selected by some well-known festival and I am also pleased that my films are valued abroad. But this is not the main thing and I don't think about it. If it’s to be Rotterdam, so be it. 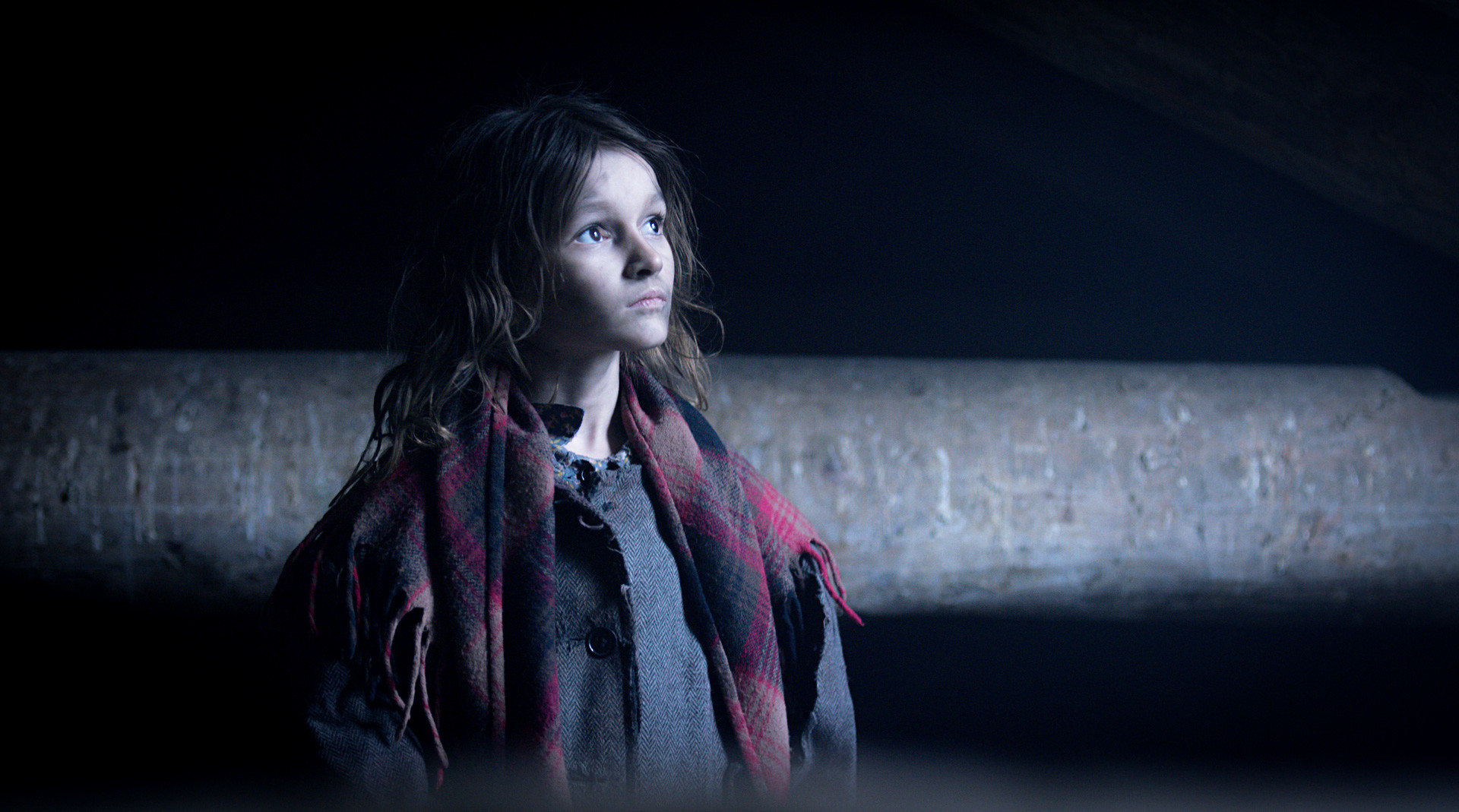 This is your second film about WWII, the first being your 2004 debut documentary David. Is there a connection between the two?

There probably is, since both films are about children in war. And, implicitly, when I was doing Anna's War, I may have had the idea at the back of my mind that I already had experience in telling such stories. the two films are very different, both in concept and in implementation.

When did you decide to make Anna's War?

In 2011 a text posted on Livejournal caught my eye. It told the story of a Jewish girl from an orphanage in the Poltava Region. During the the girl was forced to hide from the Nazis. I immediately thought that the story could be the basis for a screenplay. But at the time it was just a vague idea. One of many that come to film directors all the time. Later you put most of them on the back burner and never go back to them. But this story wouldn't leave me alone. And a year or so later I wrote the beginning and the ending, and gradually started working on the script.

Does it mean that the finale of the film is different from how the heroine's story ends in real life?

Yes, in real life the girl whose story I read grew up the orphanage and then stayed to work at the orphanage. Our story is different. 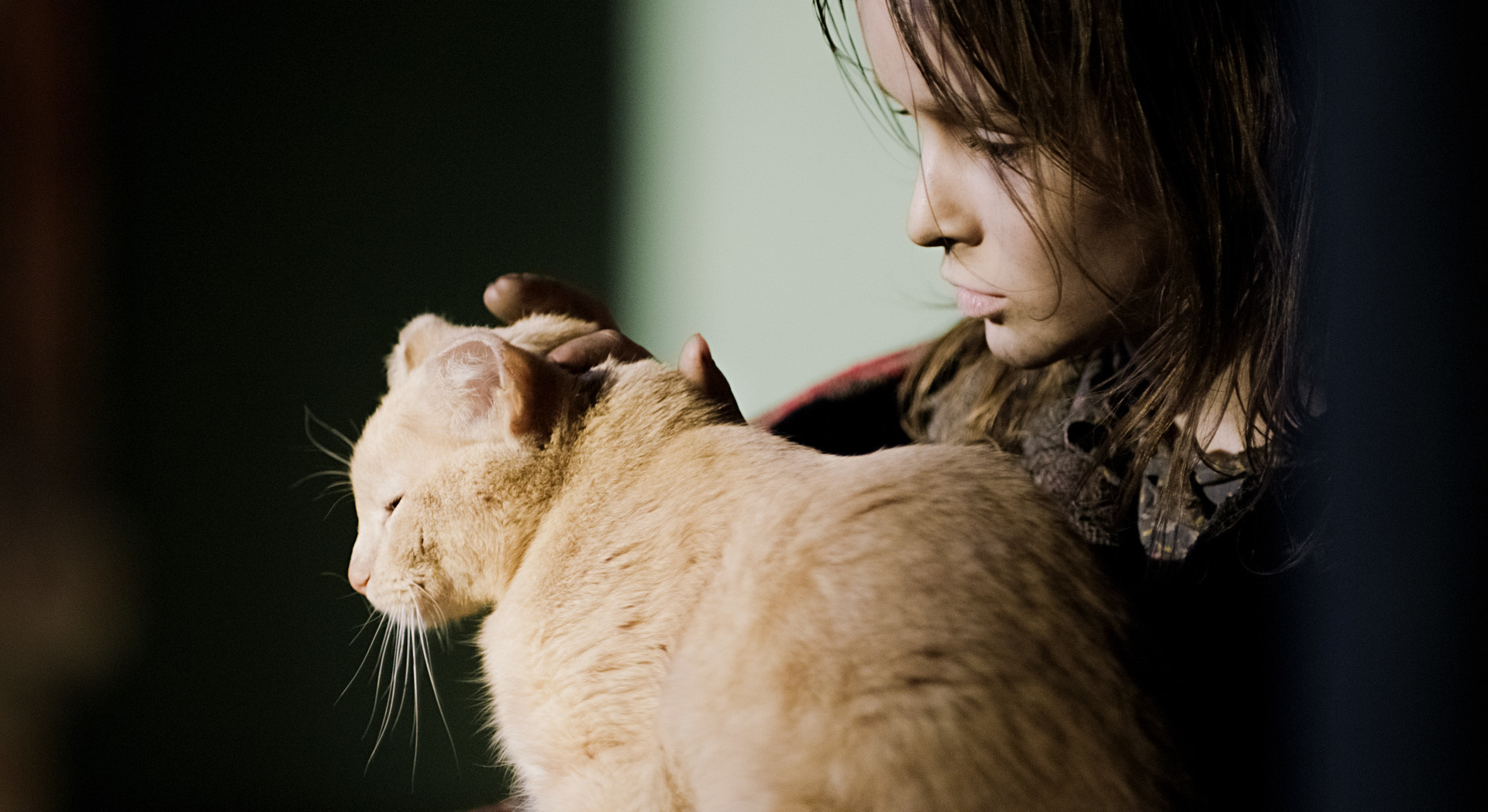 Natalya Meshchaninova, whose debut film The Hope Factory, was also shown in Rotterdam in the past, is the co-author of the script. When did she join the project?

When I started writing the screenplay, it became clear that a feminine viewpoint was missing in the story. I had just read the stories Natasha had published on the internet. By that time she had already graduated from the workshop of Marina Razbezhkina (the contemporary Russian documentary maker best known abroad - Russia Beyond) but hadn't made her first full-length film yet.

I consulted Marina and she told me: "Natasha is the person you need." After I had no remaining doubts. But unexpectedly Natasha turned down my offer. Probably at the time she was not quite tuned in to the theme and, being a responsible person, didn't want to work on material she didn't know well. But for some I was confident that sooner or later we would work together on Anna's War. And that’s what happened - a year later she rang me herself and offered her help. In the Natasha had thoroughly studied the and started work fully equipped for it.

Your heroine is called Anna. Knowing the place of the film's world premiere, there are inevitable associations with Anne Frank. Is it an accidental link?

it because when I gave the heroine her name, I wasn't thinking about Anne Frank at all. Why then did I call her Anna? I don't even know what to say. There were other suggestions but for some the name Anna seemed the most appropriate to me. You know, it’s like naming your own child - the parents don't always know why they choose a particular name for their children and not another. 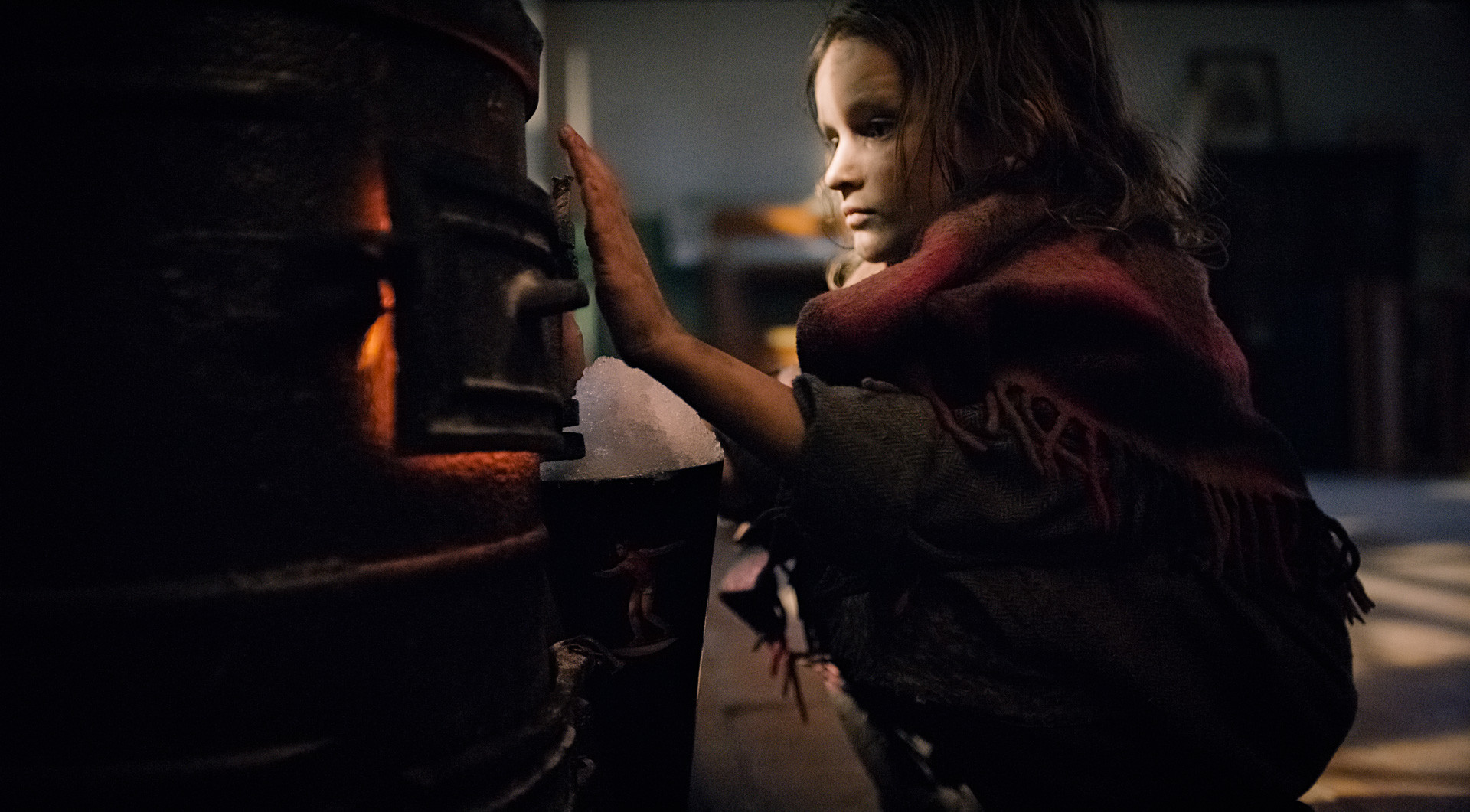 The film takes place on the territory of present-day Ukraine. At present, owing to the complicated relations between Russia and Ukraine, any pronouncement by a Russian film director about the neighboring country is pretty much examined under a microscope. Are you prepared to face accusations of political engagement?

I’m already reading a lot of interesting stuff in this respect on Facebook. My reply is: My film doesn't show anything that didn't happen in reality on territory. Anna's War is not an attempt to accuse anyone of anything. Yes, the film is taking place in Ukraine and all sorts of languages can be heard in Anna's War - Ukrainian, Russian, Romanian, German… And from this multi-voiced choir emerges the universal language of war that has no nationality.

In the past dozens of films about WWII have been released in Russia. It could be said that the topic of war has been thoroughly explored by filmmakers. In your view, what does your film add to the canon?

To be honest, I haven't seen that many new Russian films about WWII. Only Stalingrad by Fyodor Bondarchuk and Battle for Sevastopol by Sergei Mokritsky come to mind. But they are large-scale commercial movies. Even from the formal point of Anna's War had a very different goal. I was making an interiorized film where all the action takes place in a confined space and where the main protagonist doesn't say a word from beginning to end. And she is not mute. And it seems to me that, as a result, after Anna's War the subject of WWII in cinema might well be exhausted because there’s actually nothing to add to what has already been said.