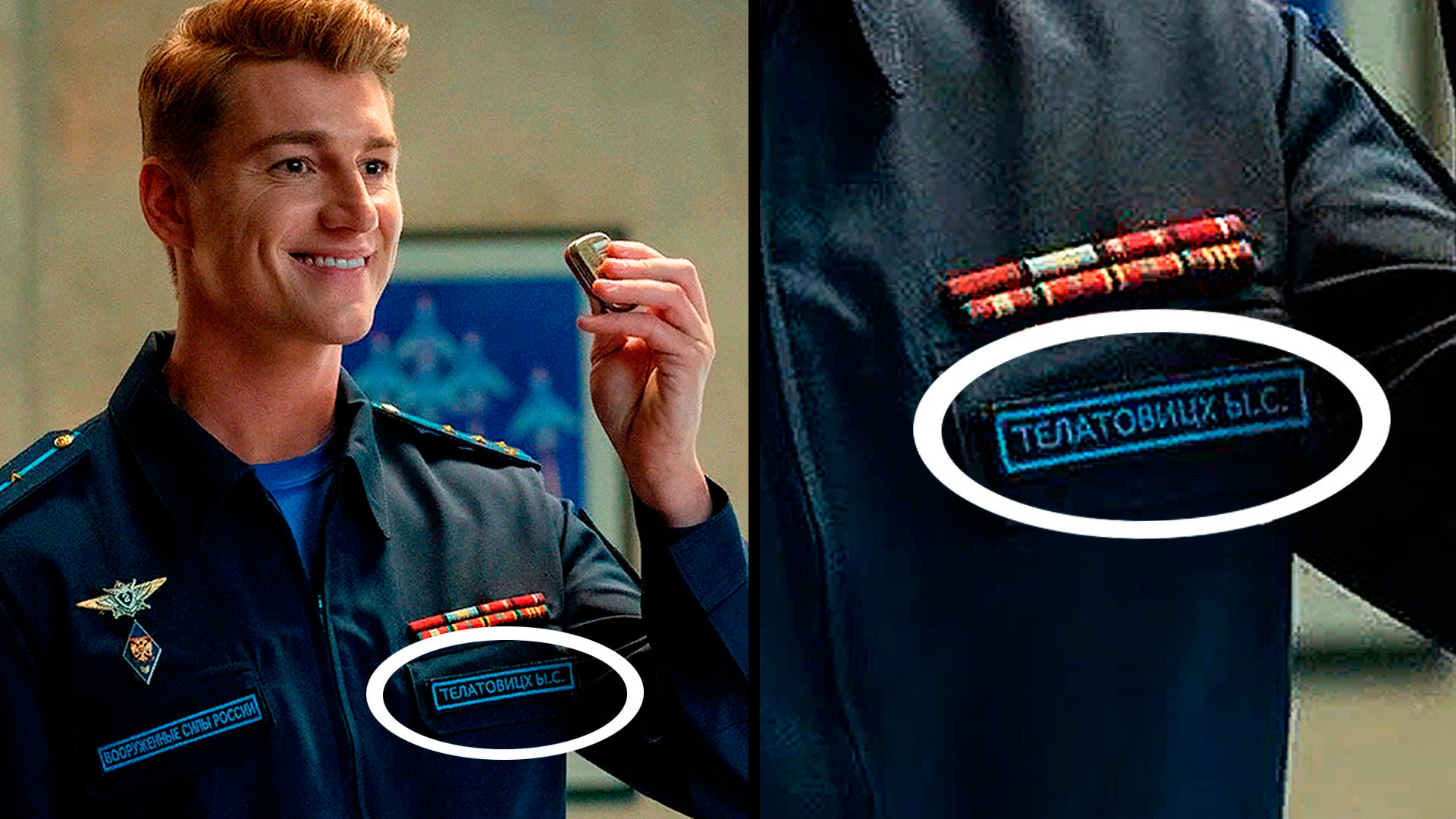 Paul King/Netflix, 2020
It seems that Hollywood creates names for Russian characters by just switching the keyboard that results in comical random letters in Russian.

Writers in the cinema and television industry often face a difficult task when scripting in Russian characters: how to give the protagonist a suitable name while not making it trivial. And sometimes, their choices deserve an award!

Need a Russian name? Just type anything in Cyrillic

When creating Russian characters, filmmakers often show their documents written in Cyrillic. And to write their names into Russian, they use their favorite way of translation - they simply switch the keyboard into Cyrillic and type the same letters. And, yes, it looks comical! 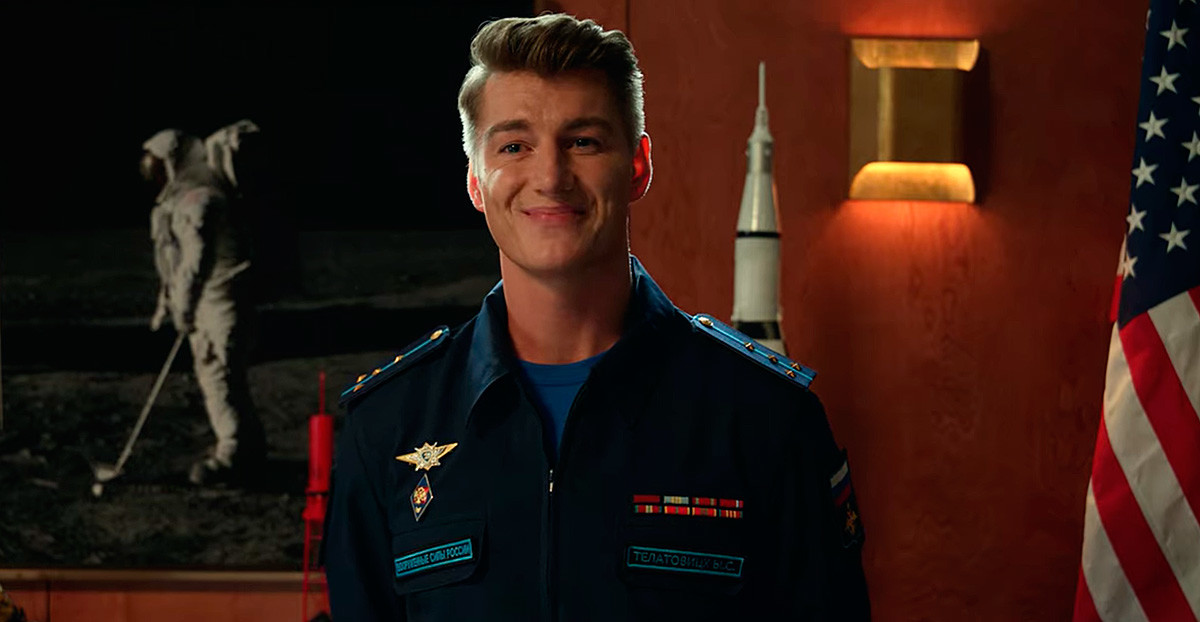 In the Space Force TV show (2020), we see Russian character Yuri Telatovich, who wears a uniform with embroidered letters Телатовицх Ы.С., which sounds utterly weird and funny when pronounced in Russian. And no, the name Yuri doesn’t begin with the Cyrillic letter Ы, it starts with Ю (pronounced “yu” in Russian), and in the surname, there should be the letter Ч (pronounced “ch”) at the end, and not Ц (pronounced “ts”) and Х (pronounced “kh”), which the writers probably thought were the equivalent of the English ‘C’ and ‘H’. By the way, the role was actually played by Russian actor Alexei Vorobyov, and it must have been very confusing for him to see it. Or didn’t he notice? 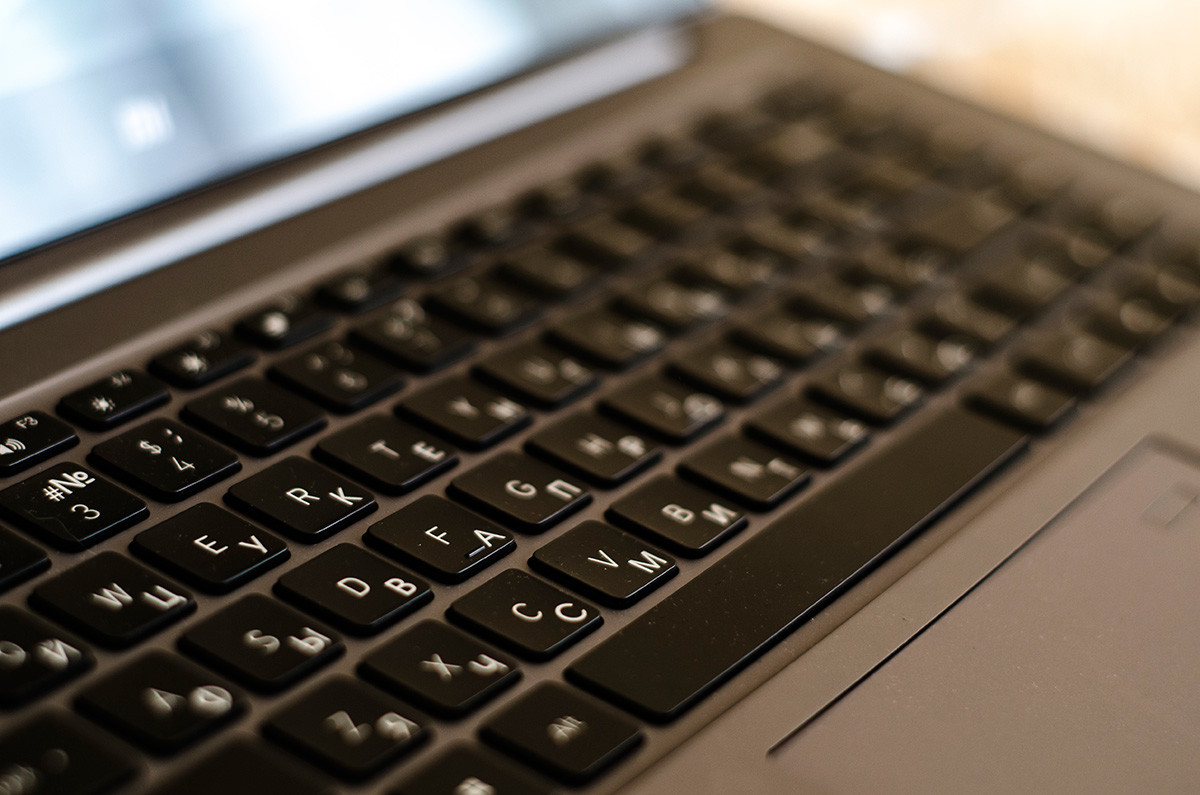 The Russian keyboard - as you see, Russian letters are differ from English letters.

However, there were even bigger fails with the keyboard switch that caused uncontrollable laughter with Russians. 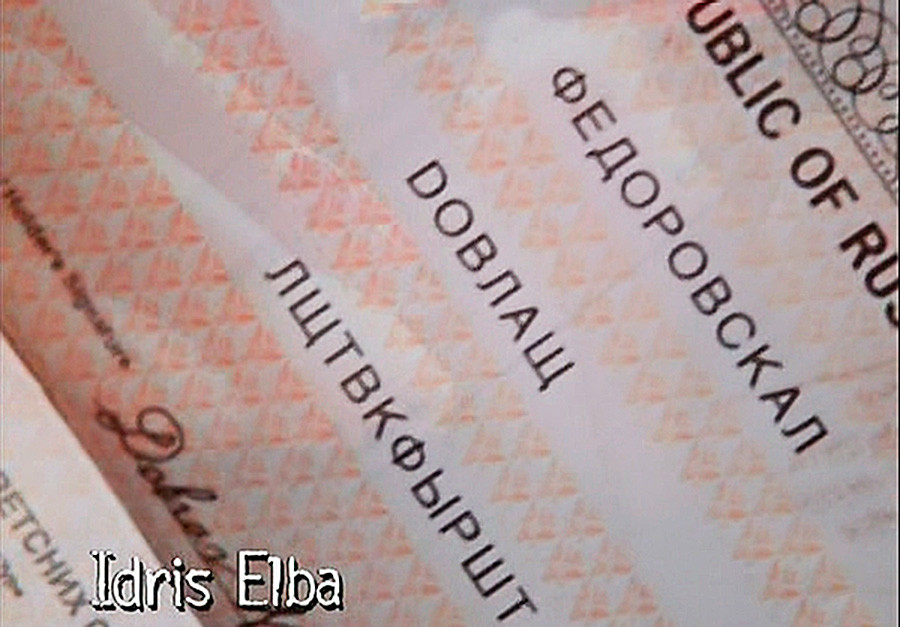 In season 2 of The Wire TV show (2003), a passport of a woman with the name ‘DOВЛАЩ ЛШТВКФЫРШТ’ (or ‘DOVLASCH LSTVKFIRST’) was shown. If we write with the English keyboard, we actually get the surname ‘Kindrashin’, which, more or less, could be an actual Russian surname, but the name is just random letters with a Cyrillic keyboard! Any ideas on what the producers were thinking? 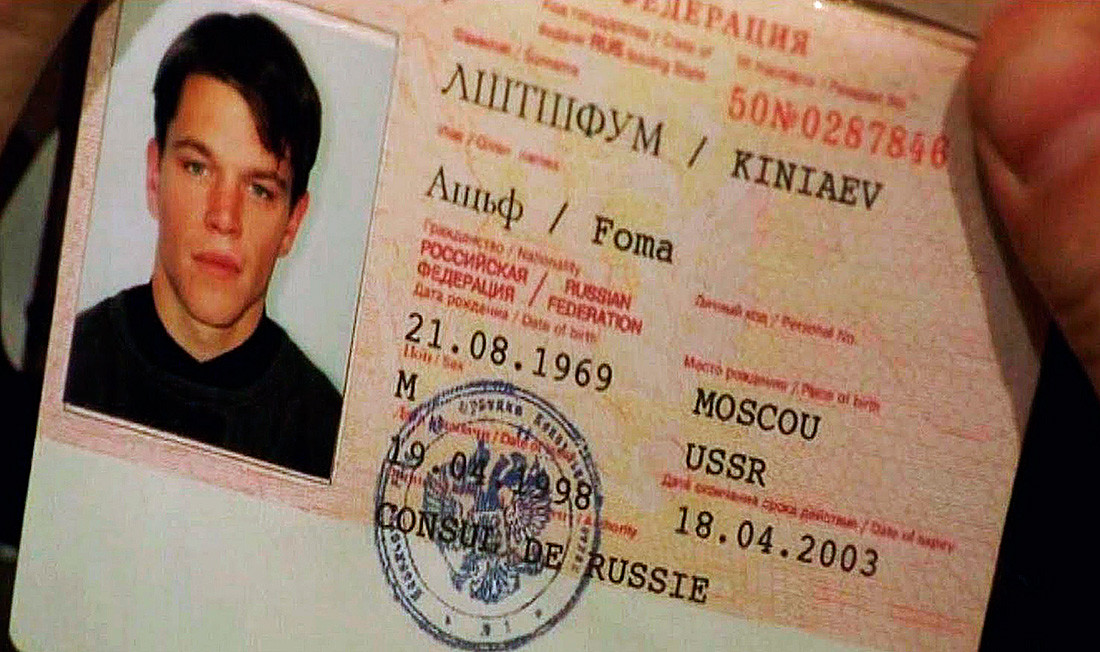 And of course, there’s the now legendary Hollywood name ‘Foma Kiniaev’ (or Ащьф ЛШТШФУМ, as it’s written in his passport) from the movie The Bourne Identity (2002). For Russans,  the letters ‘Ascshf LSHTSHFUM’ are absolutely meaningless nonsense. And this name was created after the writers typed ‘Foma Kiniaev’ on a Russian keyboard. Like we said, legendary stuff!

Russian surnames should end with ‘-off’. The rest is not important

It’s true that many Russian surnames usually end with ‘-ov’, or ‘-off’, as they are often transliterated into English. It means the attribution of family (‘Ivanoff’ means ‘son of Ivan’) or profession (‘Kuznetsoff’ means ‘son of a Kuznets’, or ‘a smith’ in English - read more about such surnames here). But why do filmmakers think that if they make any surname with ‘-off’ they will get a Russian surname? 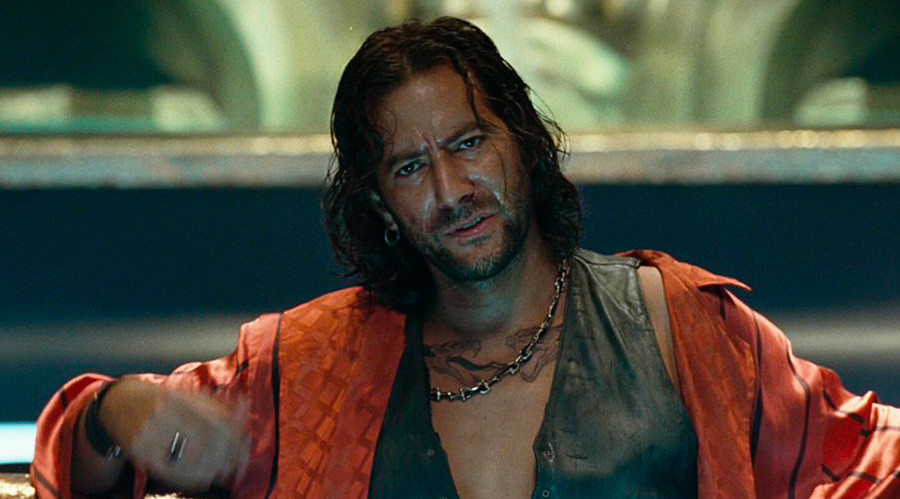 In the movie Hitman (2007) - the brother of the Russian president has the surname ‘Belikoff’ (which is fine), but the name ‘Udre’. Are you serious? There’s no such name in Russian! And, of course, the mixing of such a ‘name’ and surname for Russians sounds absolutely ridiculous, like ‘Ogre Johnson’ or ‘Irgri Wilson’ for English speakers. 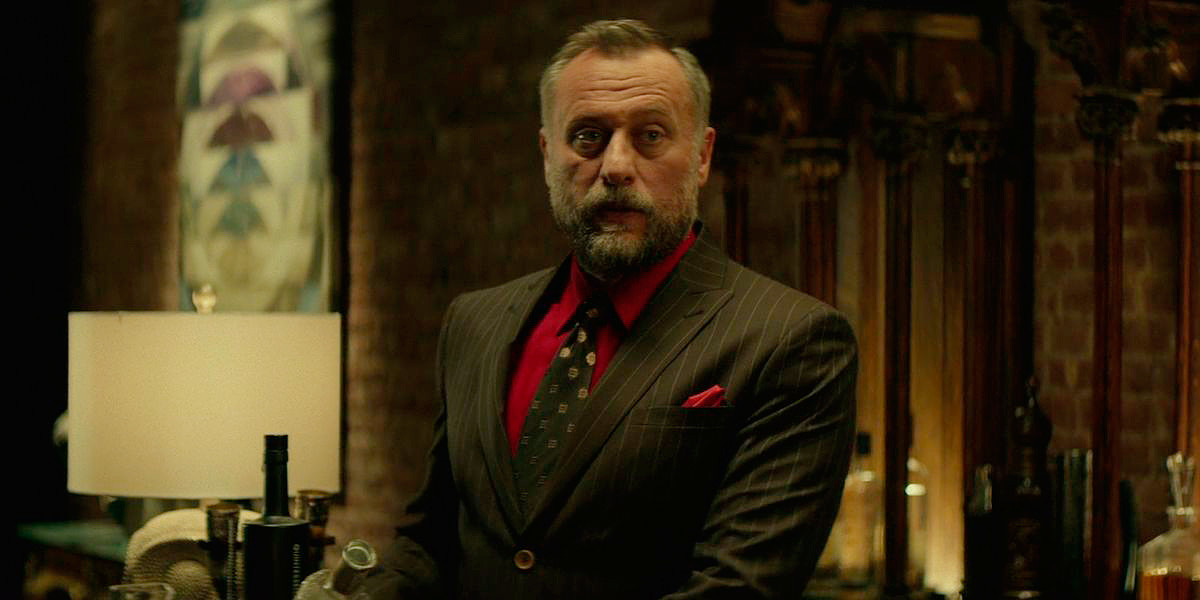 The same thing in the John Wick movie (2014). Russians always smile when they watch it, not only because the main character is nicknamed after the old Slavic witch ‘Baba Yaga’, but also because of the other hilarious ‘names’. Take for example his main antagonist, the Russan bad guy with the name ‘Viggo Tarasov’. While the surname does really exist, it’s impossible to imagine any Russian with the name Viggo (a boy’s name of Scandinavian origin meaning “war”). 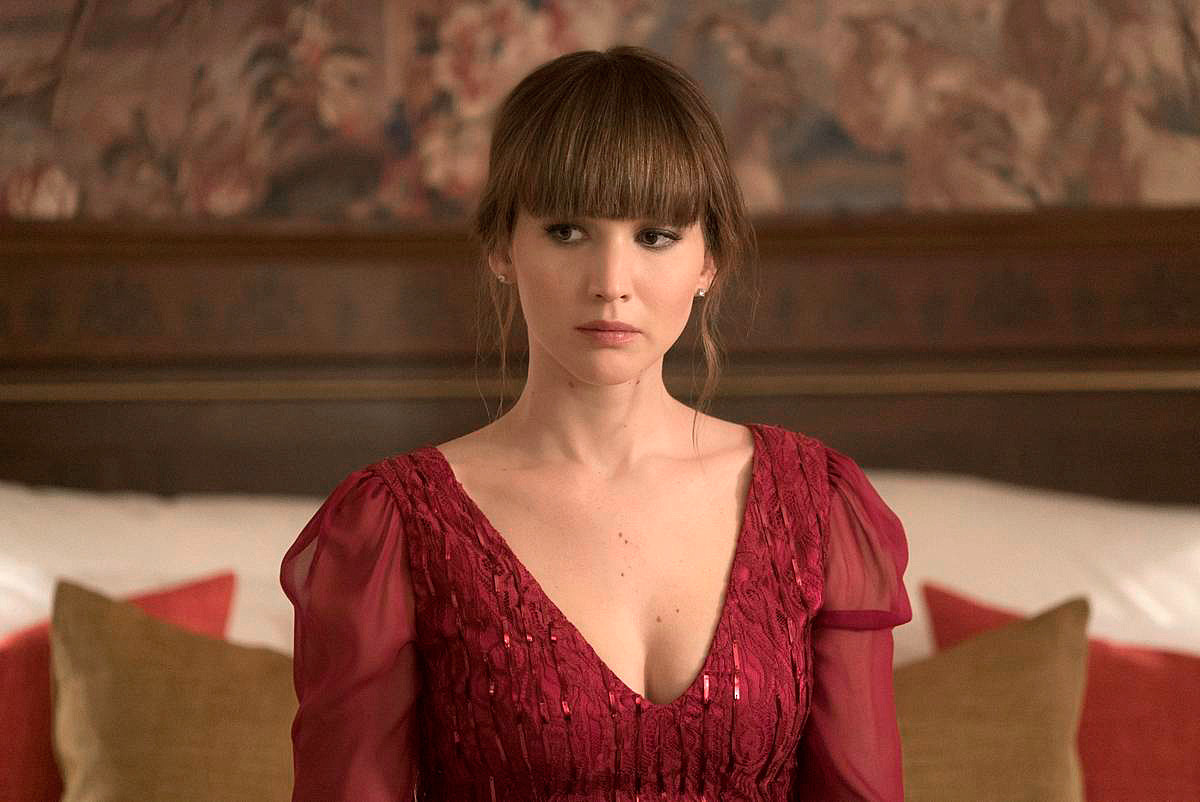 Or take the “typical” Russian name ‘Dominika Egorova’ in one of the most stereotypical modern spy movies, Red Sparrow (2018). It sounds so fictional that in the Russian dub ‘Dominika’ was renamed as ‘Veronica’.

Call him just ‘a man’

Meanwhile, in the movie Jack Reacher (2012), the mystical Russian mafia man and main antagonist is just called ‘The Zec Chelovek’. Sure, it sounds Russian, doesn’t it? But in fact, ‘Zec’ in Russian simply means “a prisoner”, and ‘Chelovek’ simply means a “man” or “person”. It would be interesting to see his passport.

Yes, it may seem strange, but besides a name and surname, Russians also have a patronymic name, an attribution of their father’s name. It’s easy to distinguish the patronymic name from the surname, as it has the suffix ‘-ovich’ (for men) and ‘-ovna’ (for women): Irina Vladimirovna - the daughter of Vladimir, Leonid Petrovich - the son of Petr (read more about patronymic names here).

Patronymic names are also always printed in all official documents. And this thing usually causes linguistic embarrassments among foreign filmmakers. 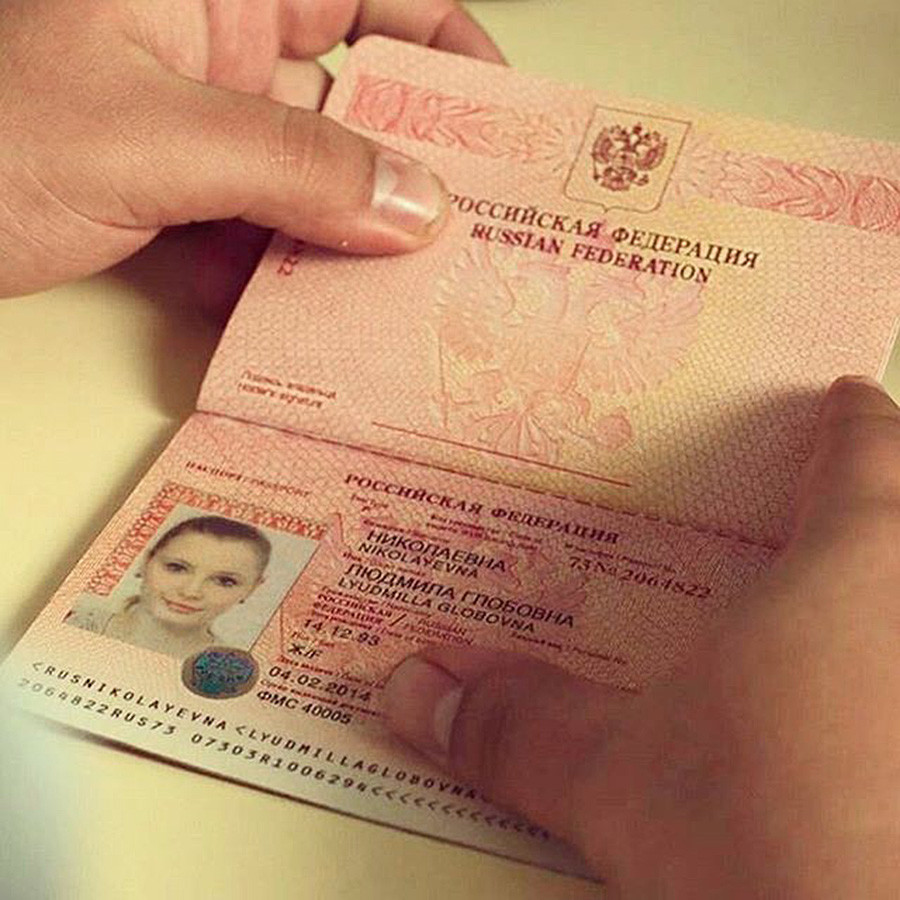 The British TV show McMafia (2018) did a really good job depicting Russians: they are mostly played by actual actors of Russian origin and there is no stereotypical caricature accent, however, they couldn’t escape a fail with documents. In a Russian passport shown on screen, instead of the surname, there’s a patronymic ‘Nikolayevna’, and the patronymic name from the fictional name ‘Glob’ (which actually should be ‘Gleb’). So it’s impossible for a Russian to have the name ‘Lyudmilla Globovna Nikolayevna’! 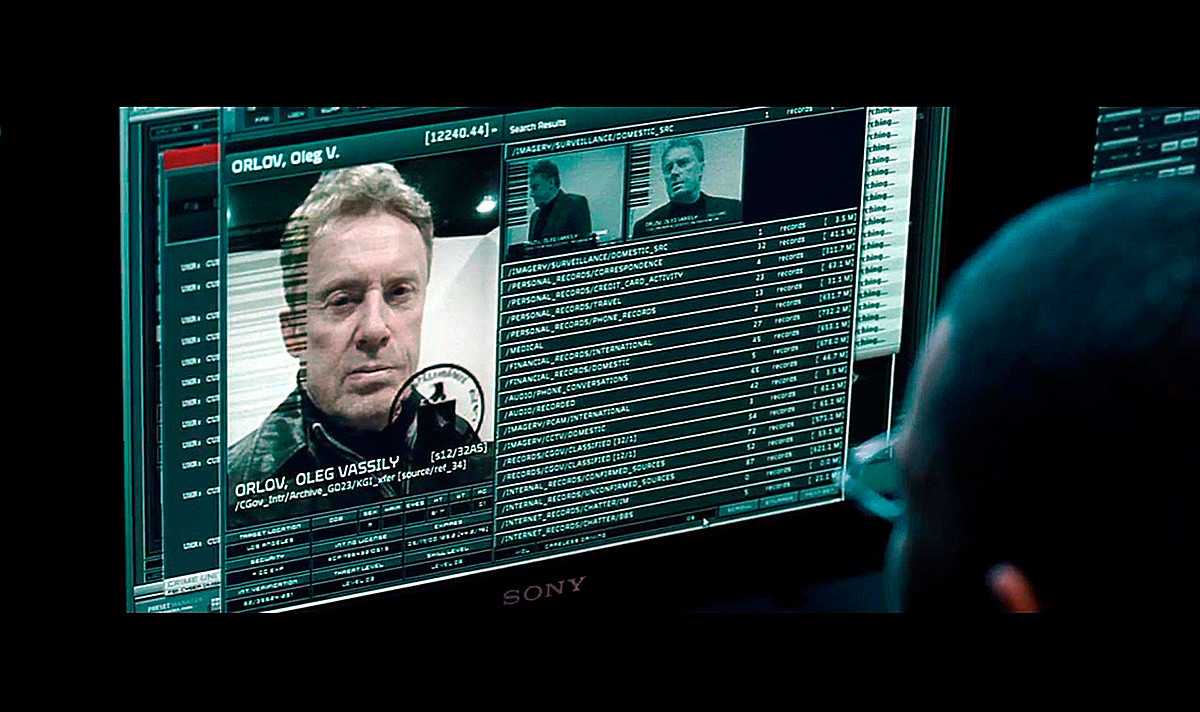 And, in the movie Salt (2010), they also didn’t know what to do with the patronymic name, and simply wrote ‘Vassily’ instead of ‘Vassilyevich’. ‘Orlov Oleg Vassily’ - sounds super weird. Really!