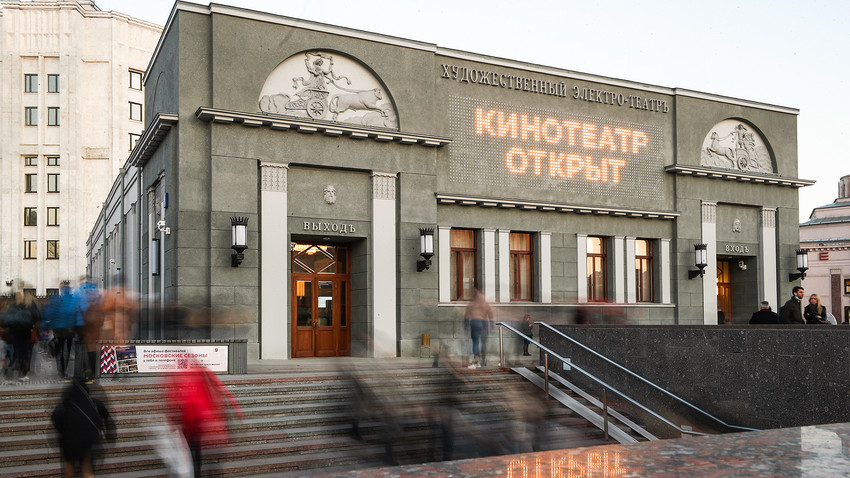 1. One of the oldest in the world

The ‘Khudozhestvenny’ movie theater on Arbat Square is one of the world’s oldest cinemas still in operation. The picture palace has survived the 1917 Russian Revolution, World War II, the era of stagnation in the 1970s and the tumultuous Perestroika in the 1980s. 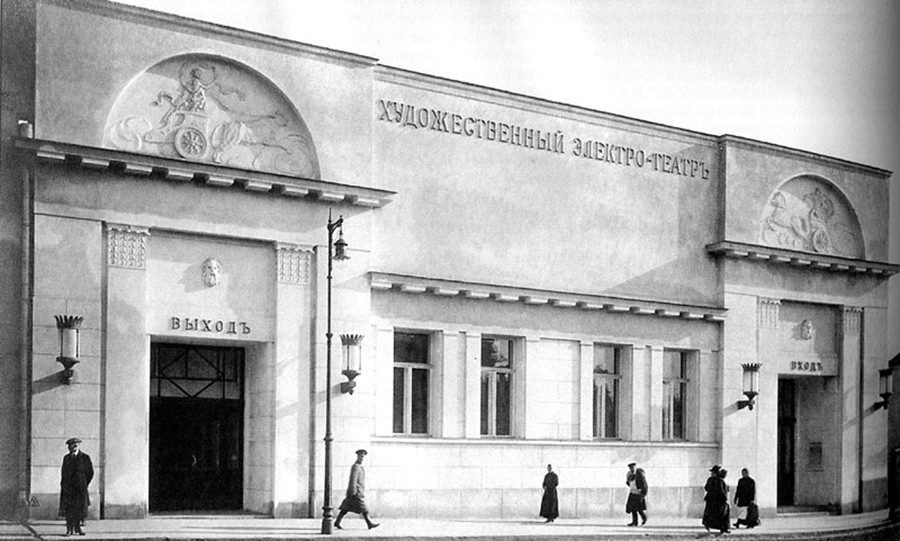 In 1909, none other than the author of ‘War and Peace’, Leo Tolstoy, visited the cinema.

The original design of the movie theater was created by Russian architect Nikolai Blagoveshchensky. It was a one-story building with a dome and a luminous fountain in the foyer. The cinema house originally seated some 400 people.

Four years after the opening, the movie theater was bought by trailblazing Russian filmmaker and entrepreneur Aleksandr Khanzhonkov. By that time, it had become clear that the savvy Moscow audience was hungry for movies, so the venue needed to be expanded to increase the seating capacity.

In 1913, the building was rebuilt according to the design of the leading light of Moscow’s Art Nouveau scene, architect Fyodor Schekhtel. 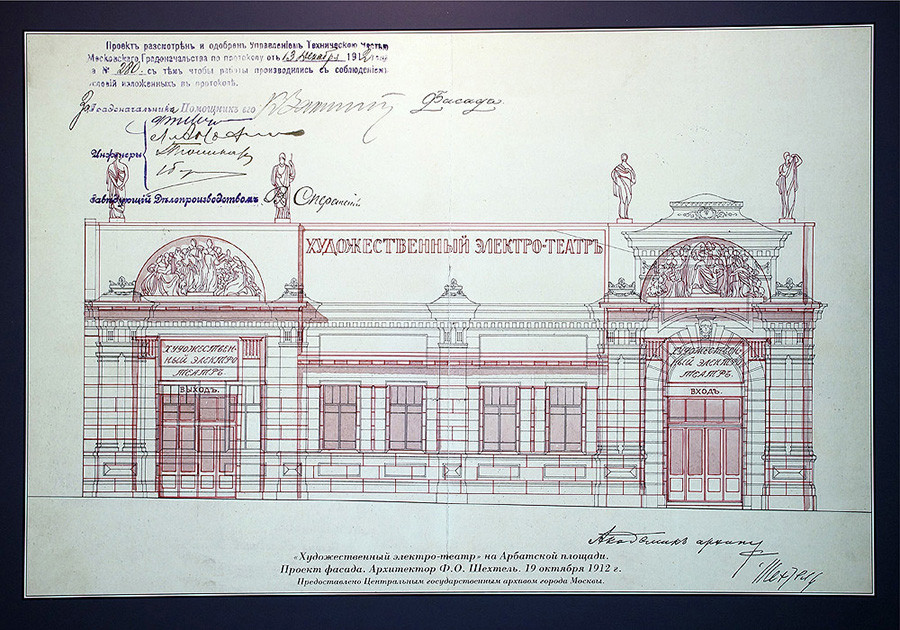 The building was rebuilt according to the design of the leading light of Moscow’s Art Nouveau scene, architect Fyodor Schekhtel.

Khudozhestvenny was restored and modernized. The facade of the cinema was designed in the classical style. A steam heating system was installed, with a special booth for keeping piles of film reels erected on the roof of the building. The foyer was decorated with crystal chandeliers, marble columns and palm trees. Musicians and actors welcomed guests with live performances ahead of each screening.

The movie theater doubled its capacity to accommodate around 900 people. Like in the theater, the best seats went to the most high-profile guests. The Moscow intelligentsia usually took the seats in the stalls, while the poorest people had their seats up in the nosebleed section.

The repertoire had also expanded. In 1914, about 15 short silent films were being played at Khudozhestvenny.

During the Russian Revolution of 1917, the movie theater was used as a detention center for Red Army prisoners.

In 1919, Vladimir Lenin issued the decree ‘On the transition of the photographic and film trade and industry under the control of the People’s Commissariat for Education’. As a result, the cinema house ceased to be private and became the property of the new Soviet state.

Back in the day, Khudozhestvenny offered the highest level of service. It was the only Russian cinema that had paper tickets delivered right to customers’ homes. There were plenty of residential buildings nearby to accommodate this extravagant luxury, however. 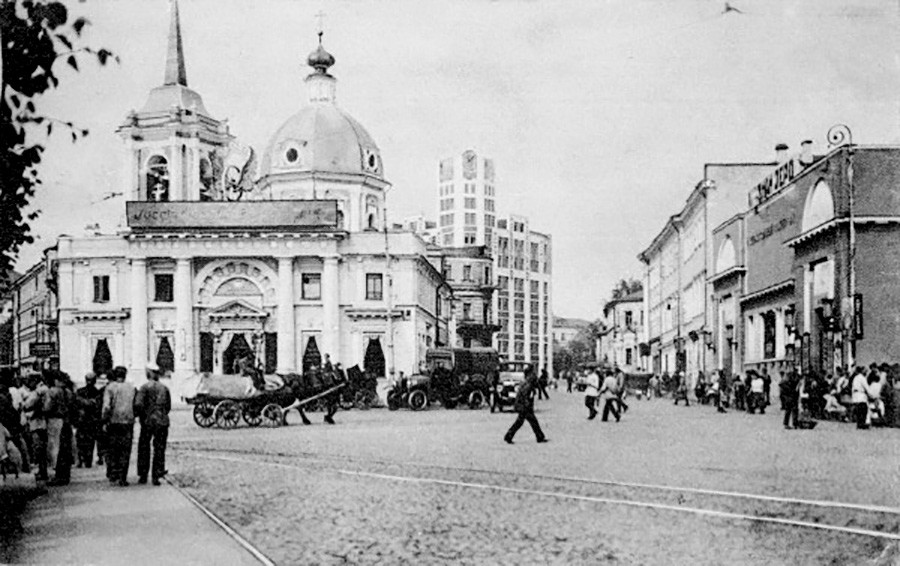 By the mid-1930s, the movie theater had almost 950 seats; a snack bar with drinks and sweets; a reading room, a baby changing facility and a patio to host live concerts in summer.

The cinema even continued to operate during WWII to provide a much-needed morale boost for citizens of the Russian capital.

It was modernized again in the 1950s. Some of the windows were bricked up, the orchestra pit was removed and the vintage molding was removed from the facade.

Then, in 1955, Khudozhestvenny became the first widescreen cinema in the USSR.

It remained the largest and most popular cinema in Moscow until the ‘Rossiya’ movie theater opened its doors on Pushkin Square to host the 2nd edition of the Moscow International Film Festival in 1961.

In 1926, Khudozhestvenny (which was then officially called the ‘1st State Cinema’) hosted the world premiere of Sergei Eisenstein’s iconic historical drama ‘Battleship Potemkin’. The film played well to a packed house. 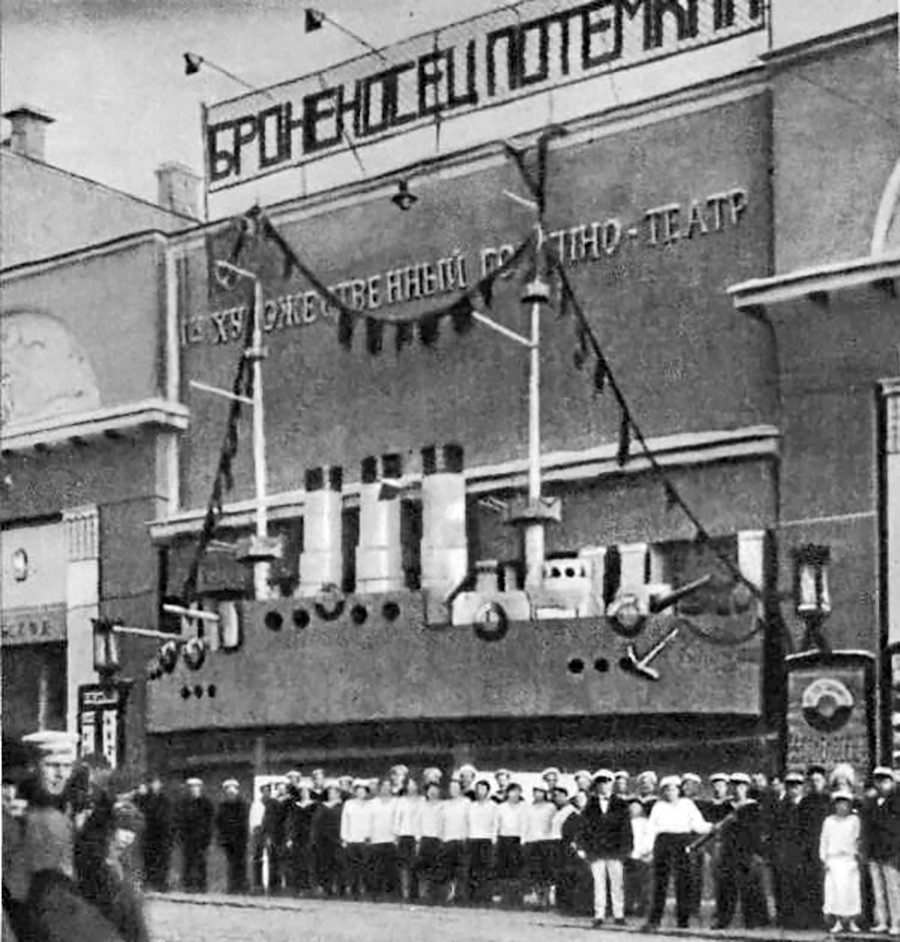 In 1931, ‘Road to Life’, the first Soviet movie with sound, was shown here. It was lauded at the 1932 Venice International Film Festival, with Nikolai Ekk winning the Best Director award for his drama.

5. Turned over a new leaf

Things went terribly wrong during the 1990s, when Khudozhestvenny was home to a casino with slot machines. There was a pressing need for reconstruction. The cinema house closed in January 2014 and finally took on new life in the spring of 2021. 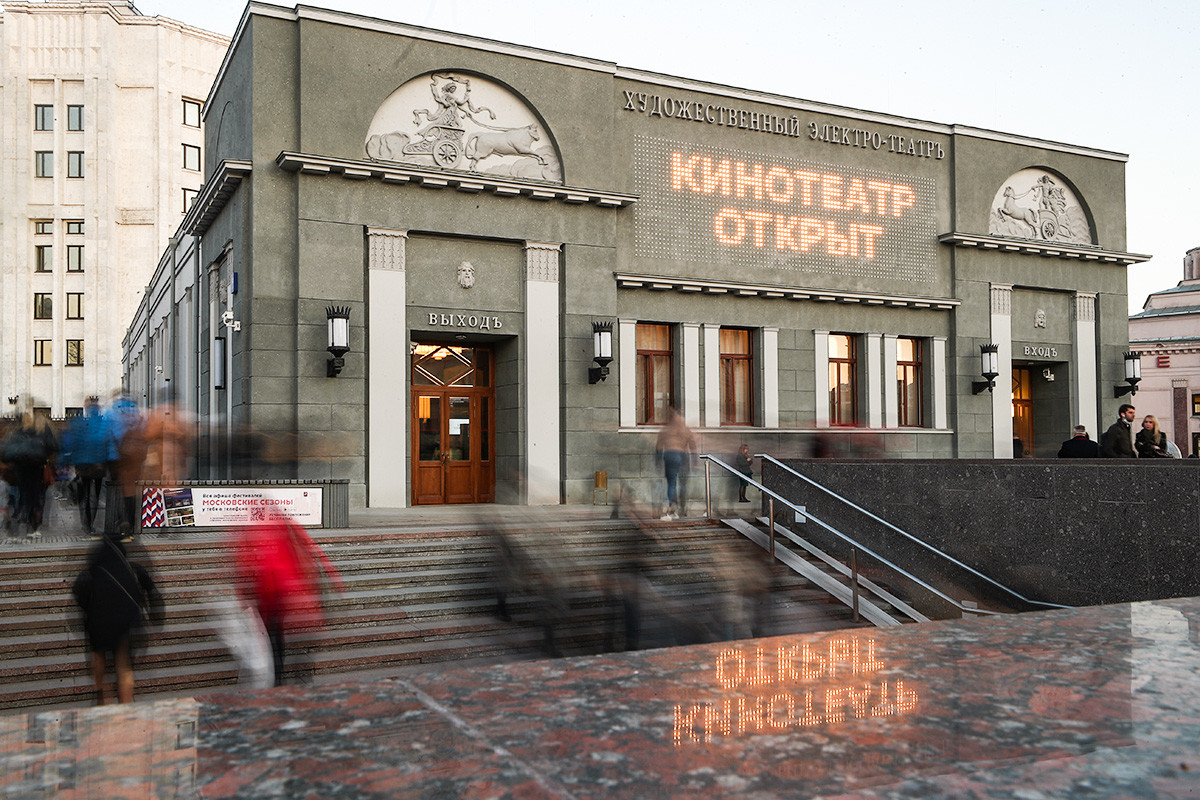 The historic venue reopened after seven years of restoration work, in which it received a major facelift. It now has four screens with a seating capacity of 21 to 474. And despite being lavishly decorated with marble, the cinema is not overly ostentatious. 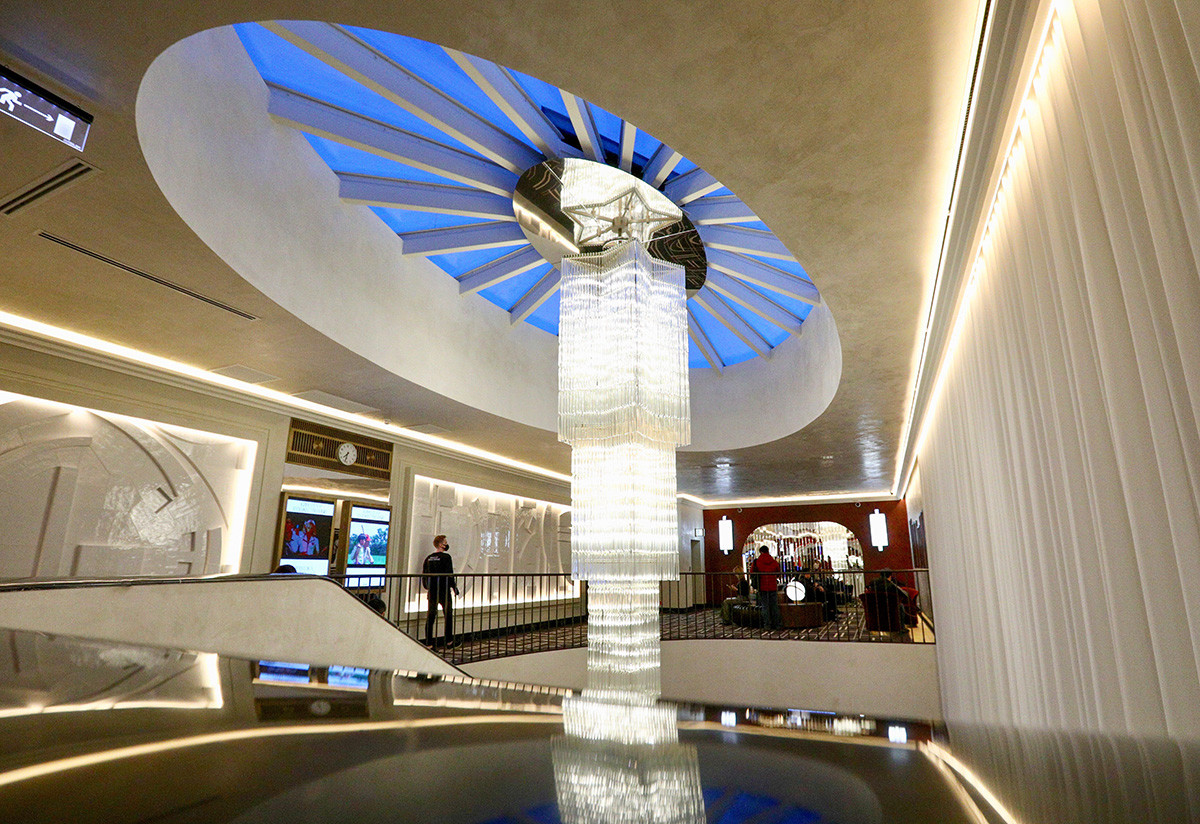 And film lovers have a chance to watch movies with their original soundtrack with Russian subtitles.